Which running races and marathons have been canceled because of the coronavirus? 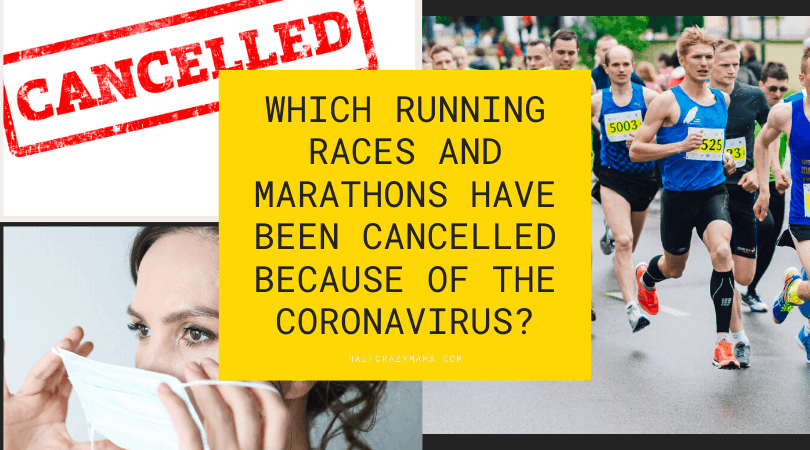 What races are canceled because of the coronavirus?

(* Signifies that it was added to list after initial publishing)

* Madrid Marathon and Half Marathon, April 26, postponed to November 15

* Malden Half in MA, postponed

* Kirkland Shamrock Run (5km)March 14, changed to a virtual race only

* San Diego Half Marathon, Relay and 5k, turned to a virtual run

Paris Half Marathon on March 1 postponed to Sept. 6.

Rome Half Marathon on March 8 canceled.

Suzhou Half Marathon in China on March 15 canceled.

Kyiv Half Marathon in Ukraine on April 5, no foreign runners.

Yangzhou Jianzhen International Half Marathon in China on April 12 postponed.

Do you know of a race that isn’t included on this list? Email me at thehalfcrazymama@gmail.com and let me know and I will add it.

While future running events are uncertain I encourage you to stay up to date by following races online for current information.

As a running community there are things we can do to help keep ourselves healthy. If you are at the gym please remember to wipe down your machine, and not just with your towel. Wash your hands with soap. Don’t blow snot rockets. Cough in your elbow if you have to cough.

What does the coronavirus mean for runners?

Want to come back to back to this? Pin it for later. 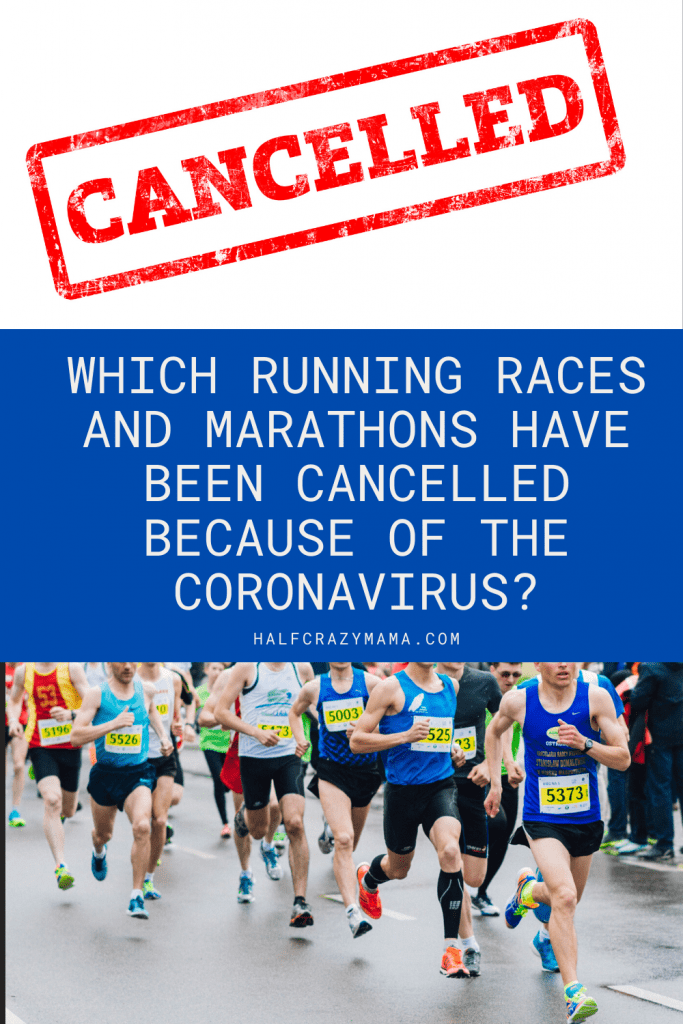