What Happened After the 2017 Disney World Half Marathon Was Cancelled

I have ran the runDisney Walt Disney World Marathon weekend for 6 years now.  I have ran the Dopey Challenge 4 years and the Goofy Challenge twice before the Dopey Challenge existed.  This was the first year the Walt Disney World Half Marathon, which was to be held on the Saturday, had to be cancelled because of weather.  I’m sure it was a really hard call for runDisney to make because the race is huge, but it is all about the runners safety.  I have read a lot of people angry about this decision because they said there ended up being no big storm.  I am here to tell you what I experienced. 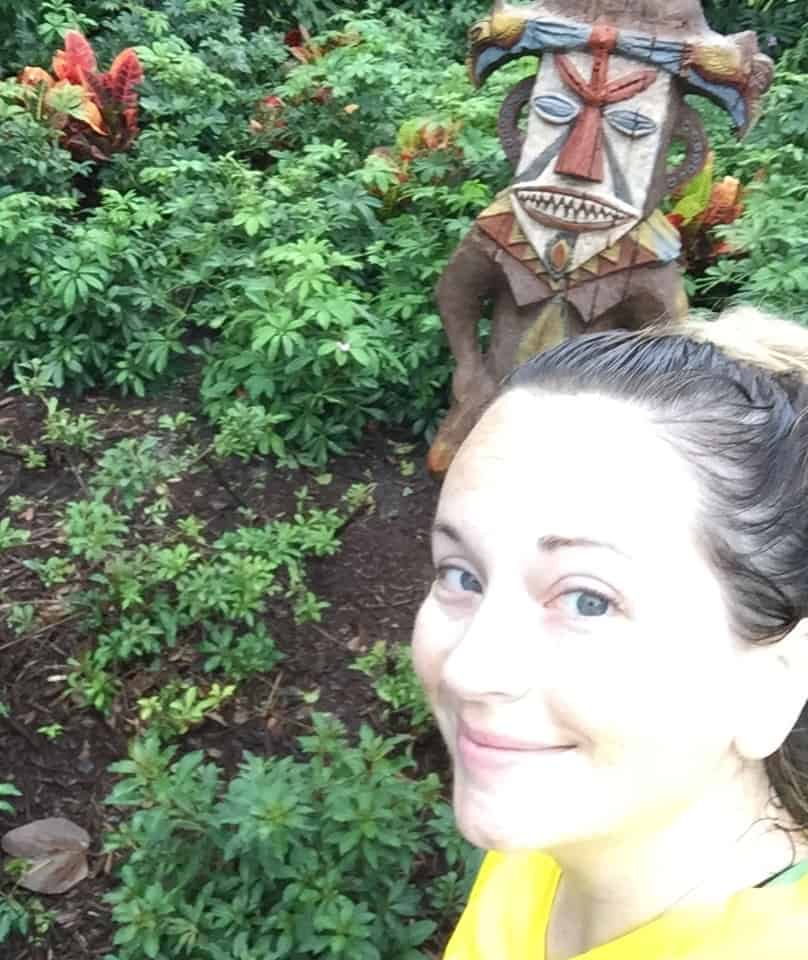 At around 8pm the night before the Disney World Half Marathon, runDisney made the decision and announced the half marathon and kids races the next day were cancelled.  A lightening storm was tracking to hit Disney World and it wouldn’t be safe to have everyone out there running.  I saw on social media that some people complained the next day that it only rained and there wasn’t a big storm.  I’m not sure where they were staying, but I was at the Polynesian and was woken up at 6am by loud thunder and lightening and thought, “Wow, I am so glad I am not out there running right now”.  It was a good call on runDisney’s part. 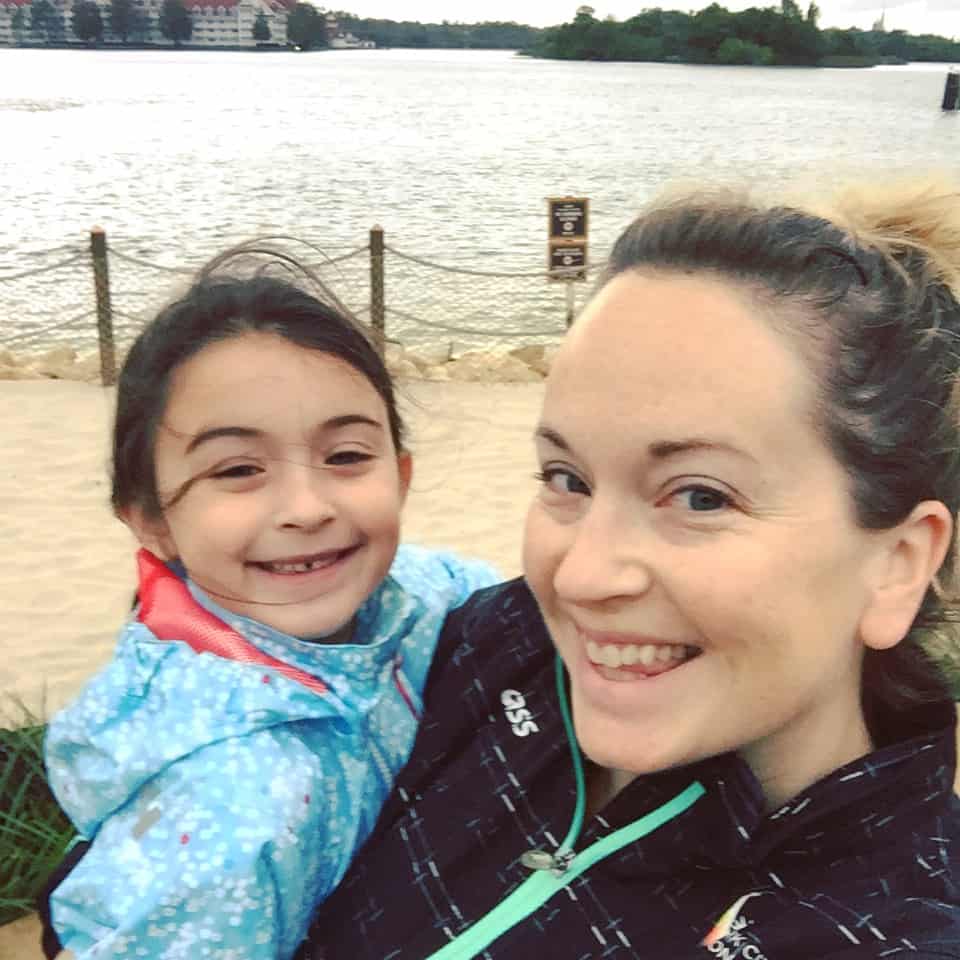 There was a lot of people disappointed, but what followed was truly amazing.  People all across social media started organizing runs at resorts all over Disney World.  I waited for the lightening to stop and headed out to run in the rain and get in 13.1 miles so I could truly say I ran 48.6 miles for my Dopey Challenge.  Little Monkey was sad her kids races were cancelled because she was suppose to run the kids dash and the kids 1 miler.  I told her that I would come get her from the hotel room so she could run her 1.2 miles with me and “earn” her medals. 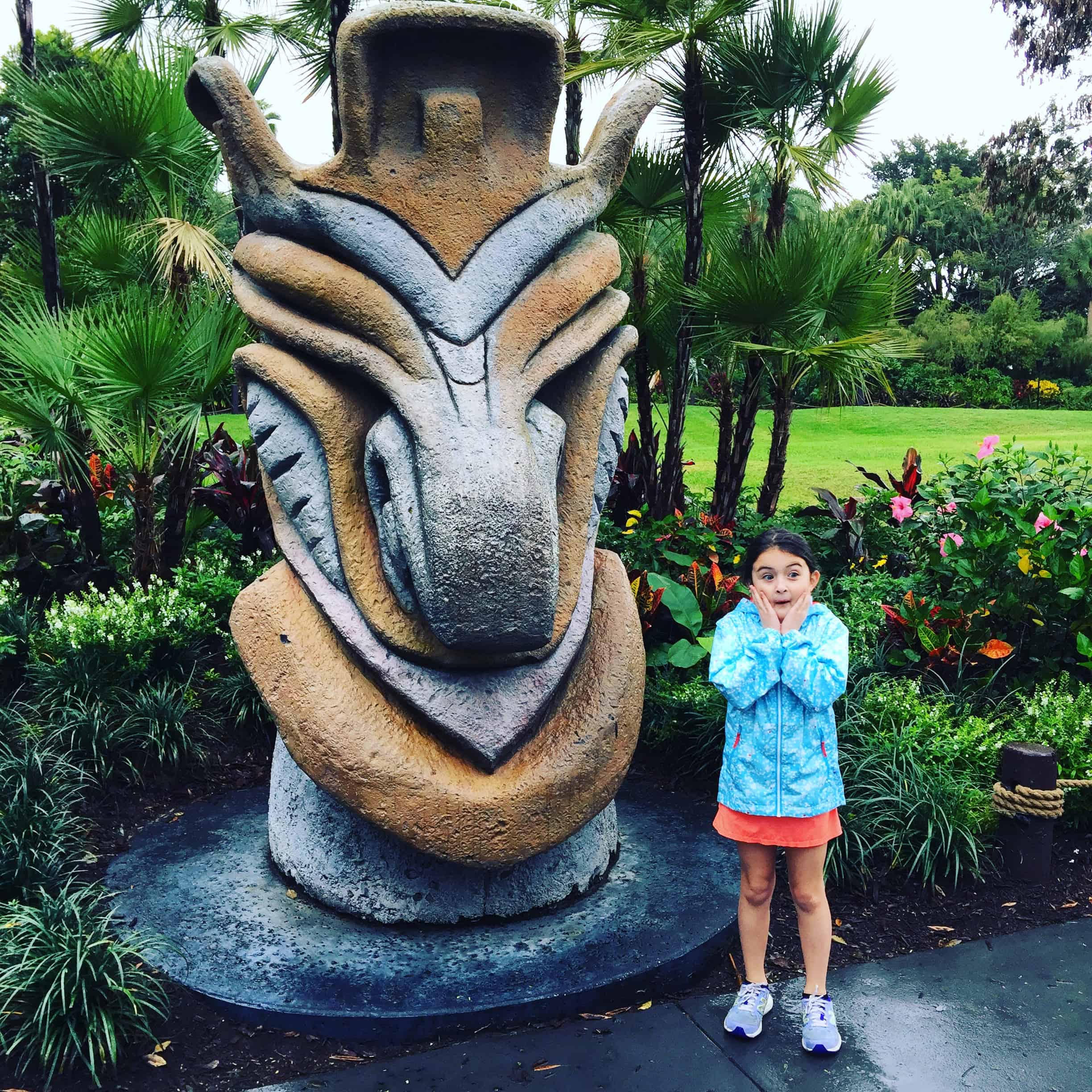 I waited to bring her out until the rain lightened up a little bit.  We actually had an amazing time!  It was fun to see the other runners out there, a lot of which were in costumes and wearing their bibs.  Awesome spectators even set up make shift water stops. 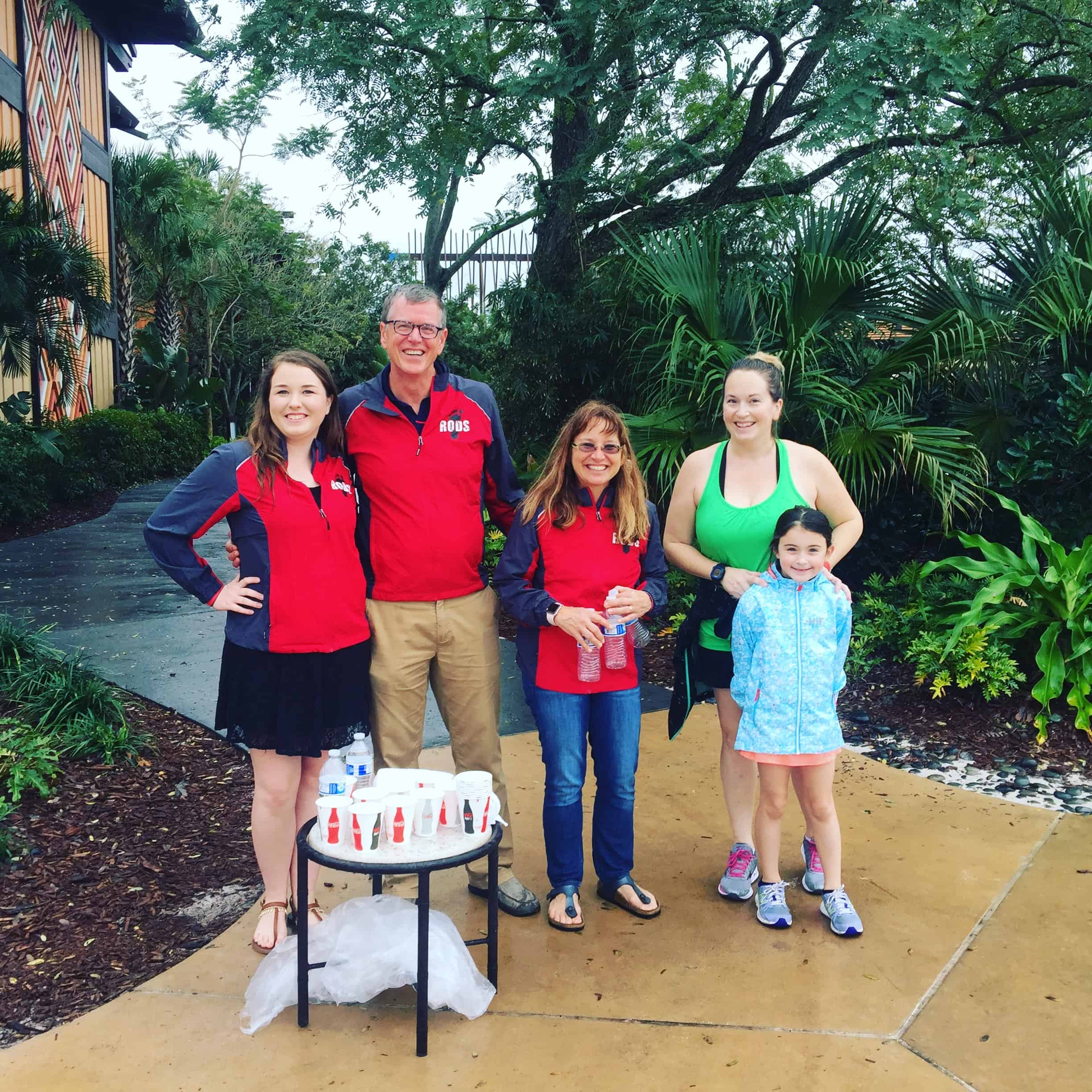 Little Monkey and I were joking about the tikis being character stops and took photos. 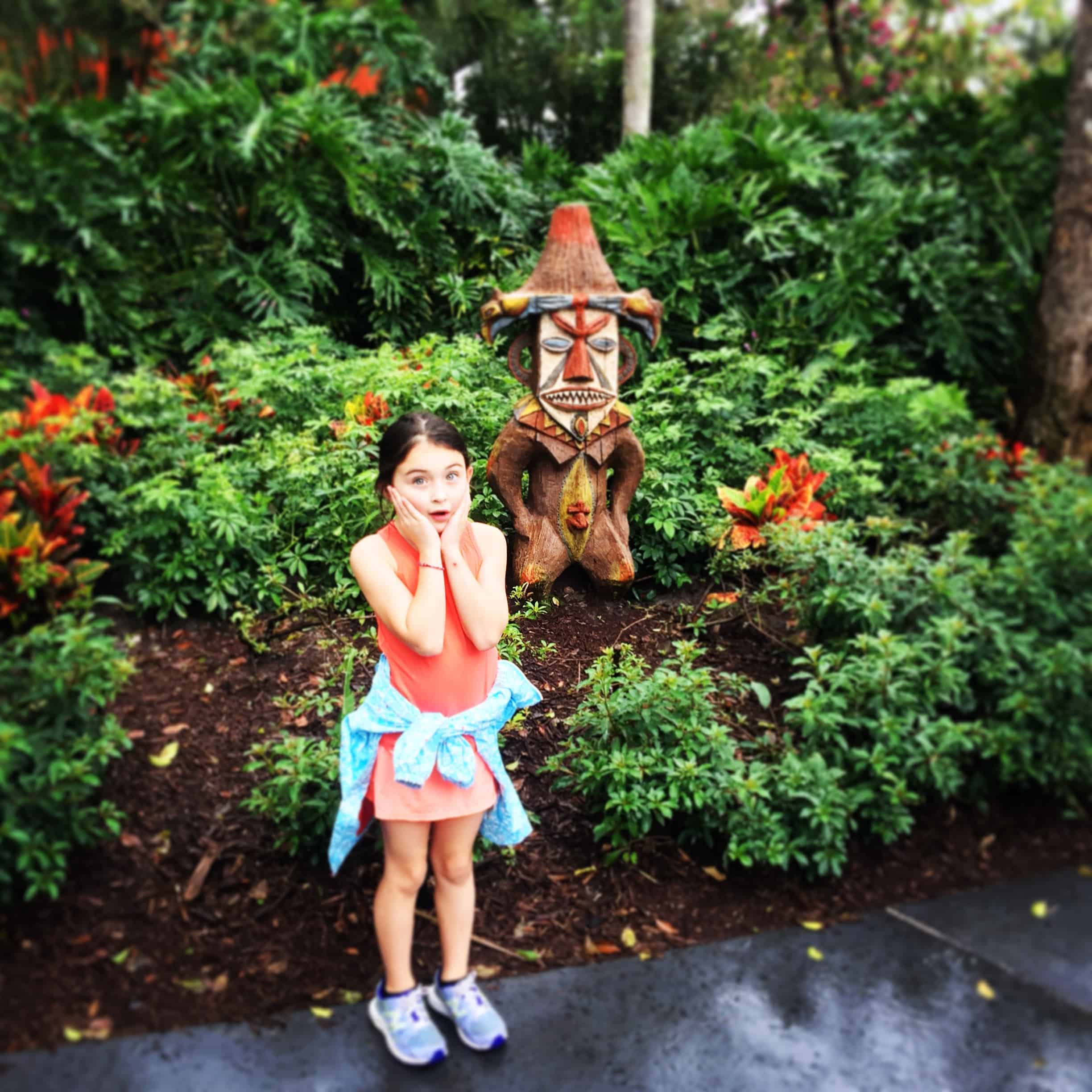 We ran around the Polynesian and the Grand Floridian.  Without my daughter I also added loops around the Transportation Center. 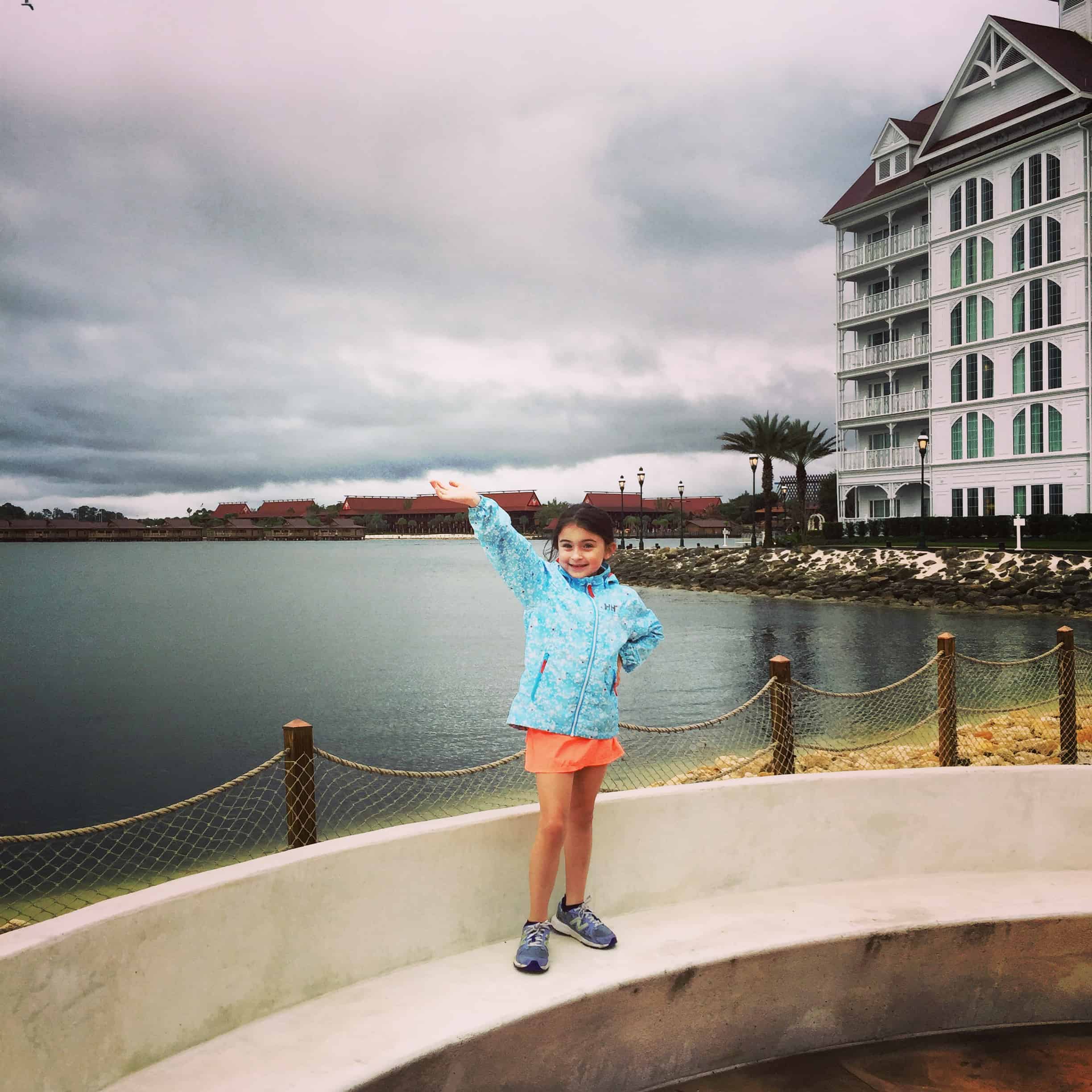 Little Monkey was only going to do 1.2 miles, but ended up doing over 3 miles! 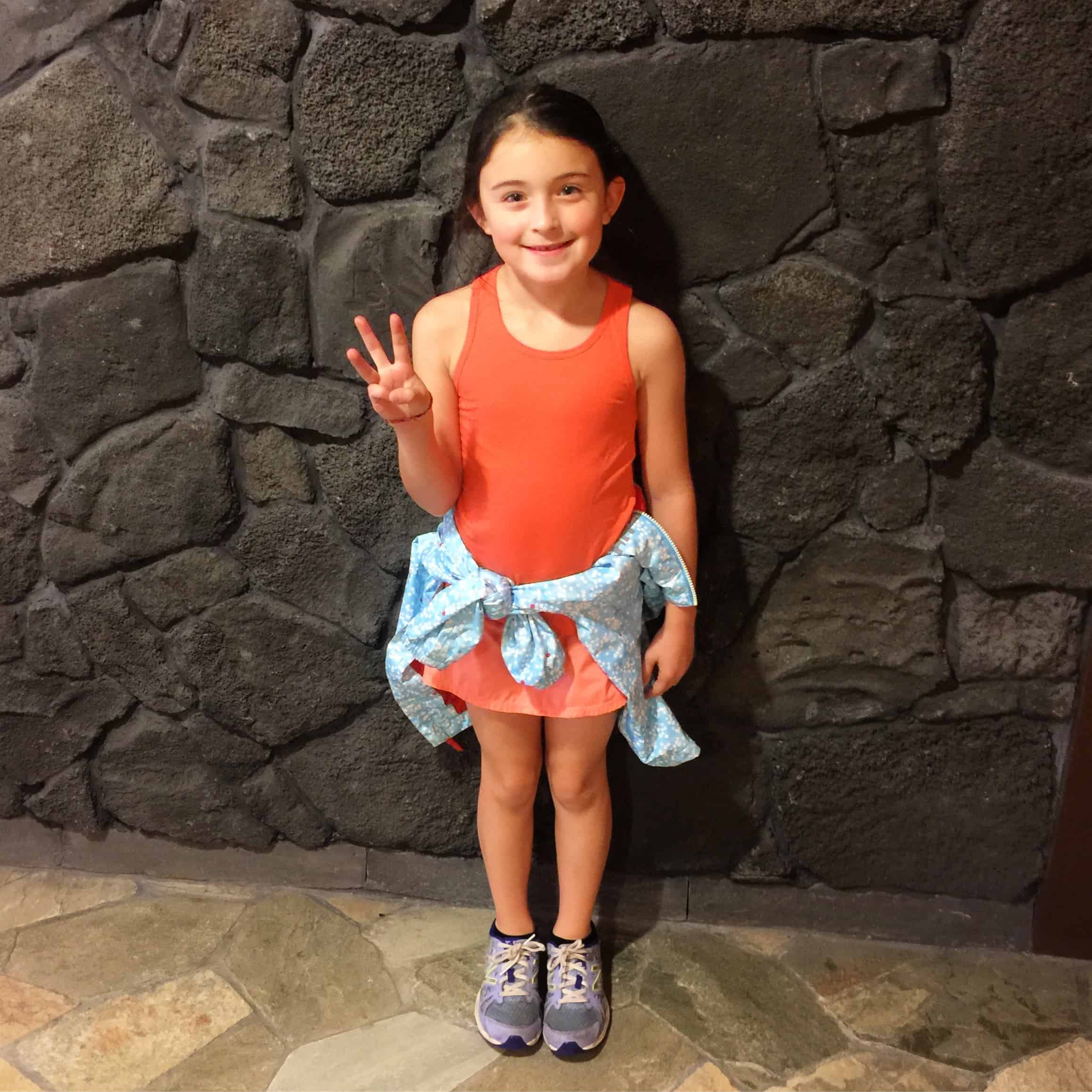 Those miles were some of the most magical.  My husband won the best dad award because while I took Little Monkey out running he went and waited in line at the expo for 2.5 hours IN THE RAIN to pick up the kids race medals for our daughter.  BEST. DAD. EVER. 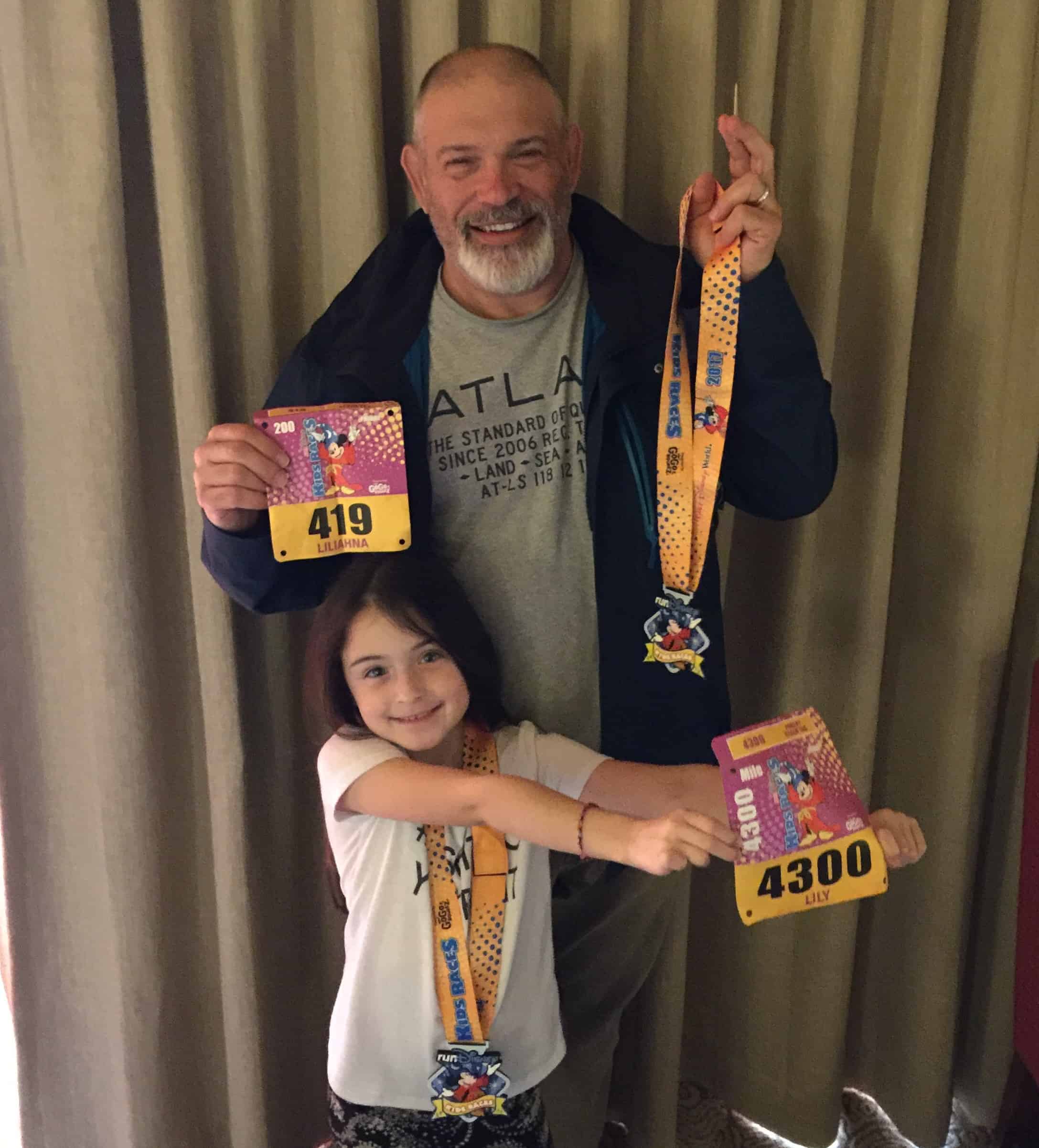 Even though we were wet and cold from running in the rain, we celebrated with a Dole Whip 🙂 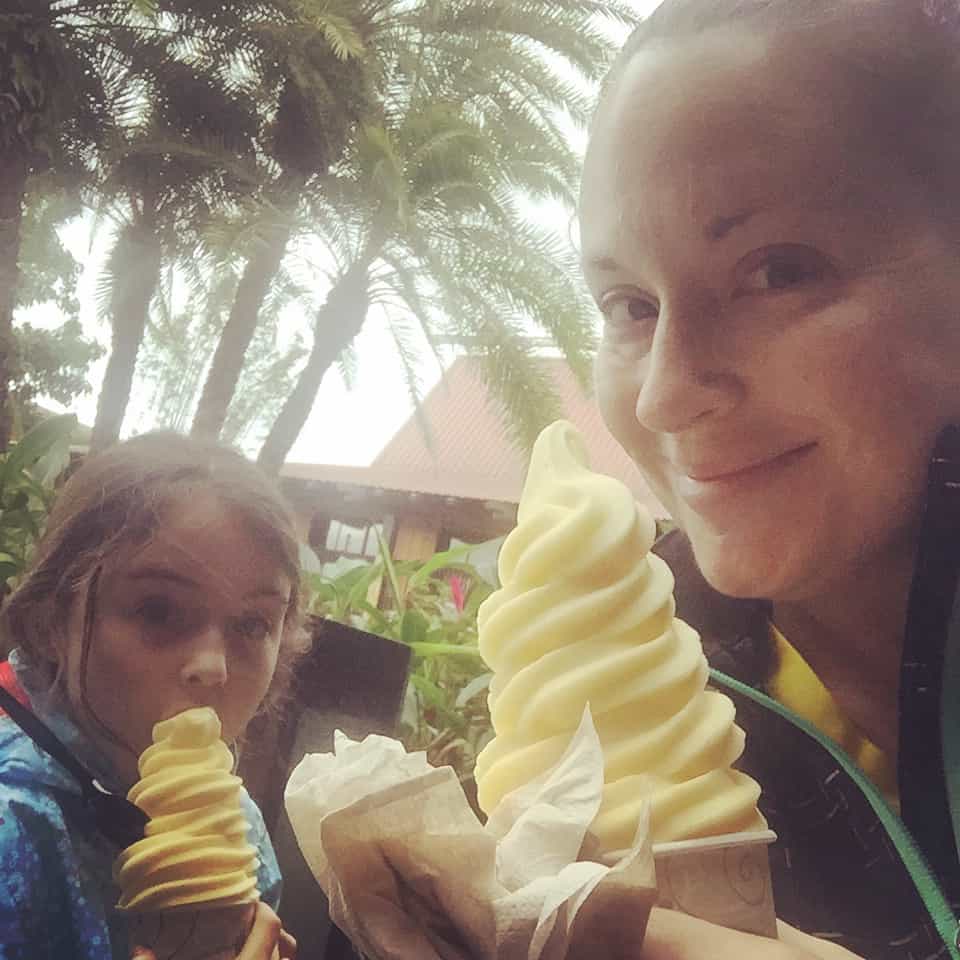 I ended up running a little over 14 miles because Little Monkey didn’t want to stop.  All in all I ended up having a great time running the miles to makeup for the Disney World half marathon.  It was a little cold and very wet, but it was special.  I commend runDisney for looking out for our safety over their bottom line. I received a Disney gift card for $180.  We had a choice to either get the gift card or register for a different runDisney half marathon. 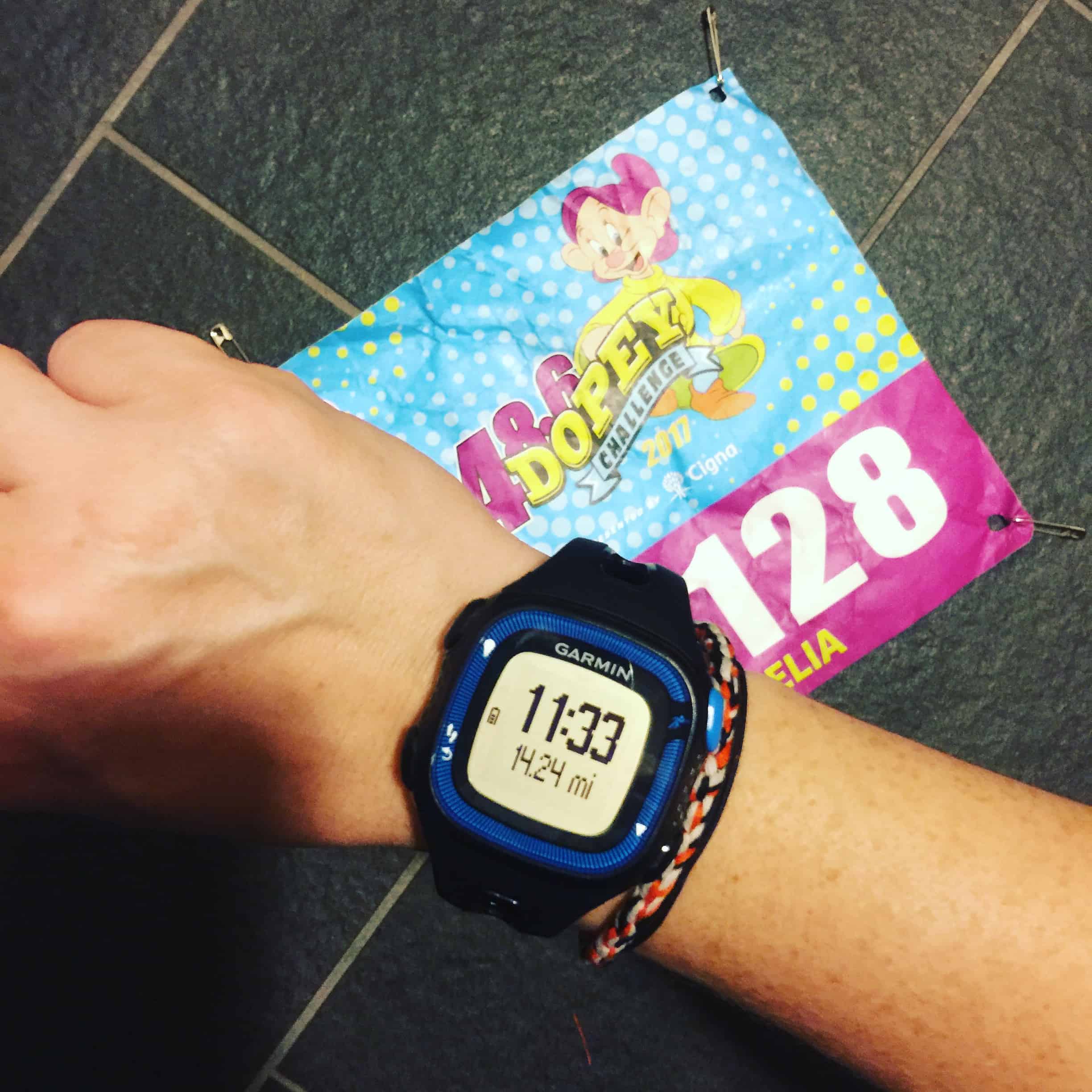 Were you suppose to run the Disney World Half Marathon?  Thoughts?