Watching the Olympics with my Daughter and Learning about Sportsmanship

No one wants to be known as a “bad loser”.  Watching the Olympics with my almost 4 year old daughter has been so fun because she is learning an important lesson about sportsmanship as well.

After every person was done with the skating performance or ski jump or snowboard run she would quickly ask “Did they win?”.  I would explain the point scores as best I could and we would watch the next person.  One figure skater was visibly annoyed and not happy with her score and instead of asking if she won, my daughter said “Oh, she lost huh?” It was just the reaction of this figure skaters face of being annoyed that automatically made my daughter think that she was ” the loser”.  I told my daughter that just MAKING it to the Olympics is amazing.  These athletes are the best of the best.

Here is a picture of my daughter during last nights Olympic coverage.  She has on my husbands wool socks and is “ice skating” around our living room. 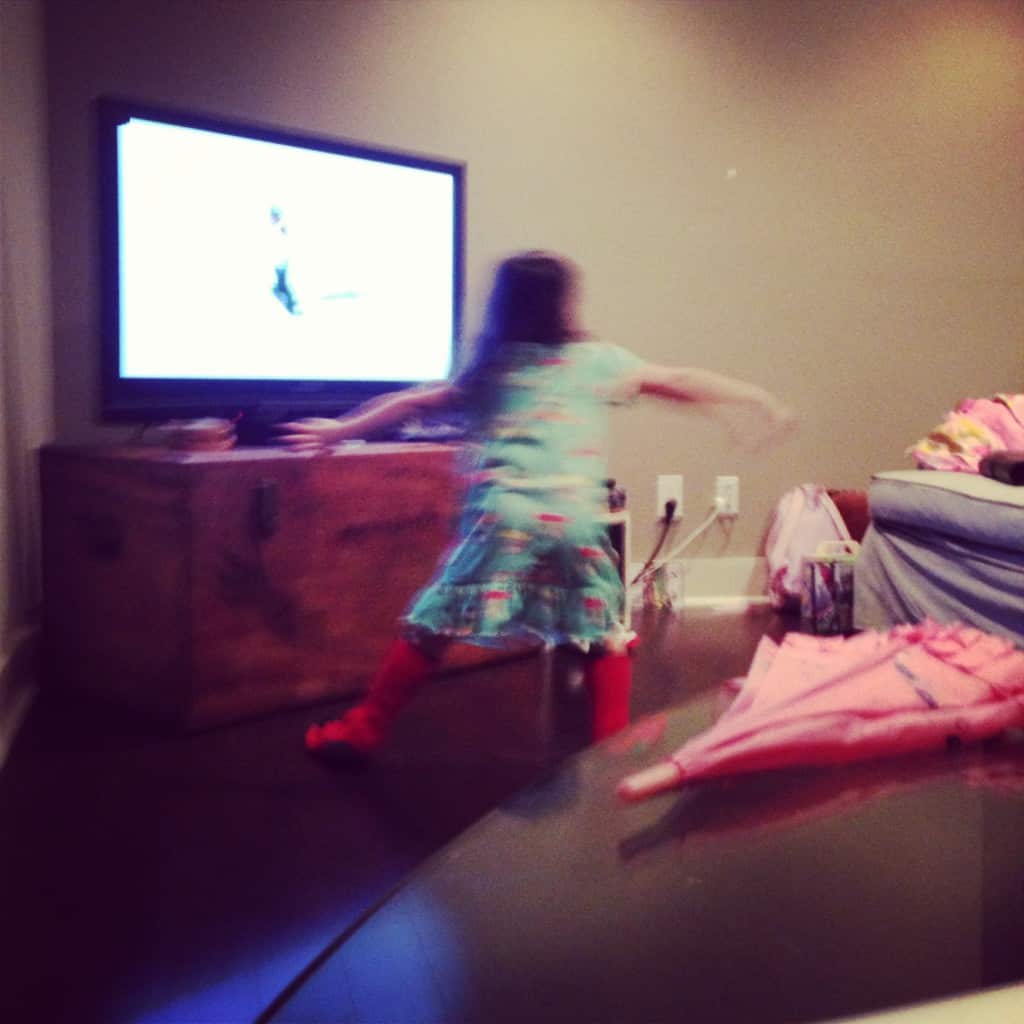 Thank you to the athletes that despite not having the scores you wanted to receive still had a smile on your face.  In my daughter’s eyes, you are all winners. 🙂