Shemar Moore tackles crowd funding for a movie! How cool is that!?!?

I came across this pretty cool opportunity to help fund a movie and help get it made.  I have seen people fund their start-up companies this way, but never knew that sometimes movies are done this way too.  It is called “crowd funding”.  I love cool exclusive perks which is probably why I think opportunities like that are fun.  I also like the idea of regular people coming together to accomplish something that has always been left to the big wigs in Hollywood.

The movie is called The Bounce Back and the man behind it is Shemar Moore, who you might know from the TV show Criminal Minds…or if you are like me from Y & R years ago as Malcolm  🙂 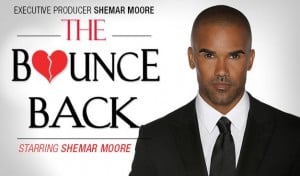 The funding of this film is breaking all sorts of records which makes being part of it extra cool too.  It is the all time most funded film in Indiegogo history and the #4 most funded film of all time using crowd funding.  I love that it shows the power of social media, just ordinary people when put together can do big things.

Visit http://www.indiegogo.com/projects/the-bounce-back to learn more about how Indiegogo works and check out the fun perks like autographed photos, screening party and even a chance to visit the set of Criminal Minds.

The face of film production and film financing is changing and you can be one of those new faces.  Online crowd-funding is becoming more prevalent with businesses, but is still rare when funding movies. The Bounce Back is a success story in this new media fund raising forum. The film reached and exceeded its goal of $500,000 on Sunday with still 7 days left to raise more funds.  Only a couple days left.

The top 4 crowd funded movies are:

“The Bounce Back used a unique approach to reach its audience by turning to social media and online media influencers to spread their message. They recruited 80 bloggers, part of the Entertainment New Media Network, to help their team do outreach through online channels throughout the campaign. “Mr. Moore was relatively new to social media and didn’t have much of an online presence. He’s one of the most popular (and loved) male actors on television but without online reach, many of his fans would not have known about this rare opportunity to partner with him on this project,” stated Erica I. Pena-Vest, Founder of Entertainment New Media Network,” Mr. Moore and the uniqueness of this project are why fans and supporters showed up to help fund this film. We just told them where to find it”.”- From Entertainment New Media Network

Pretty amazing the power all of us on social media have right?  I love it!

Visit all The Bounce Back social media sites:

I am not being compensated in any way for this post.  All opinions are completely my own.