After getting up early to run the Walt Disney World 5k and 10k I was a little tired when my alarm went off at 3:30am again for the third day.  That is the hardest part about Dopey Challenge.  I train for the miles, but I don’t train to get up at 3:30am 4 days in a row though.  When my little monkey was little, she was obsessed with Buzz Lightyear.  I have wanted to dress as Buzz for a while, but I finally made the costume. 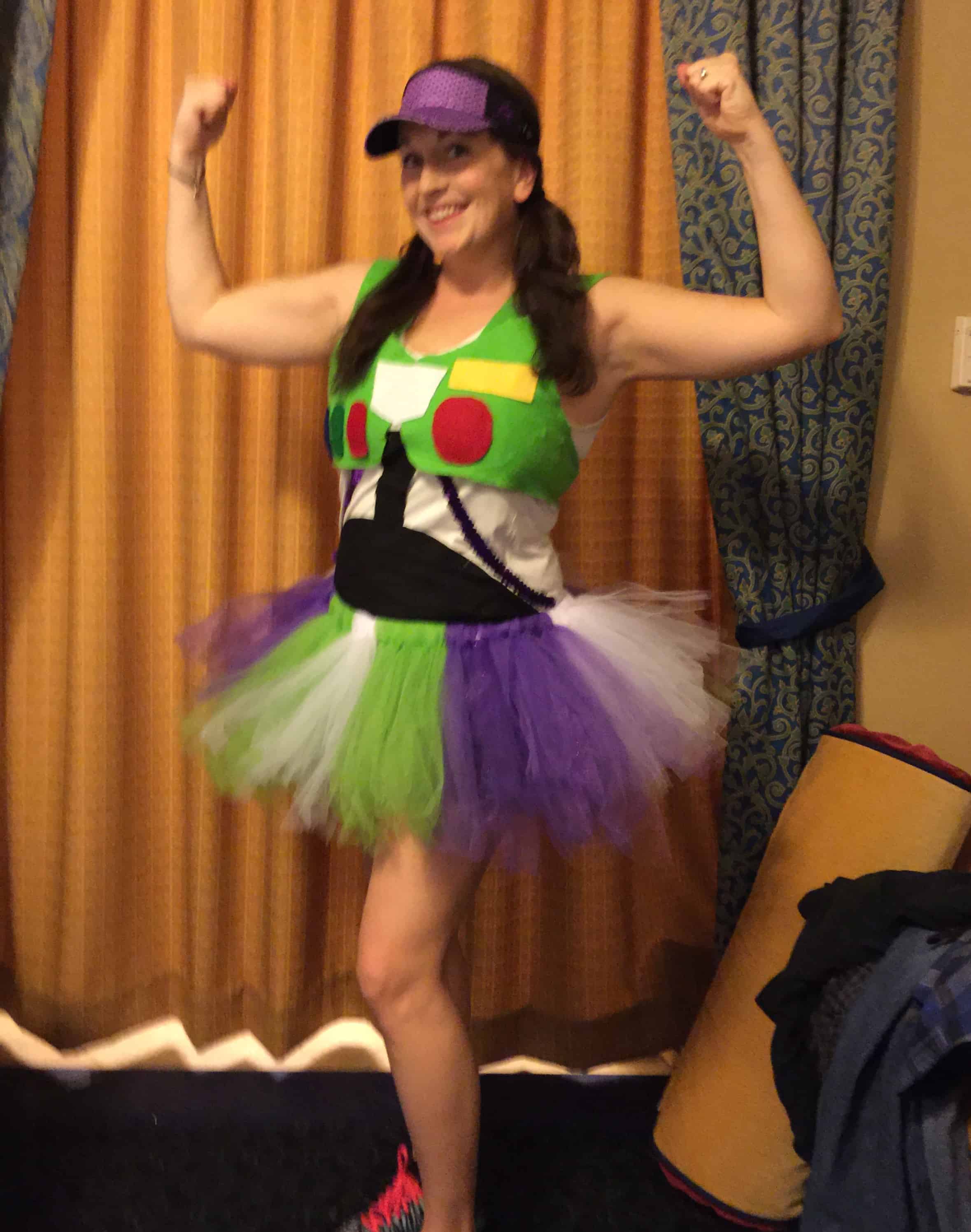 Little monkey was SO excited.  She said it is her favorite costume yet. (She also made me pose and was the photographer for this picture). 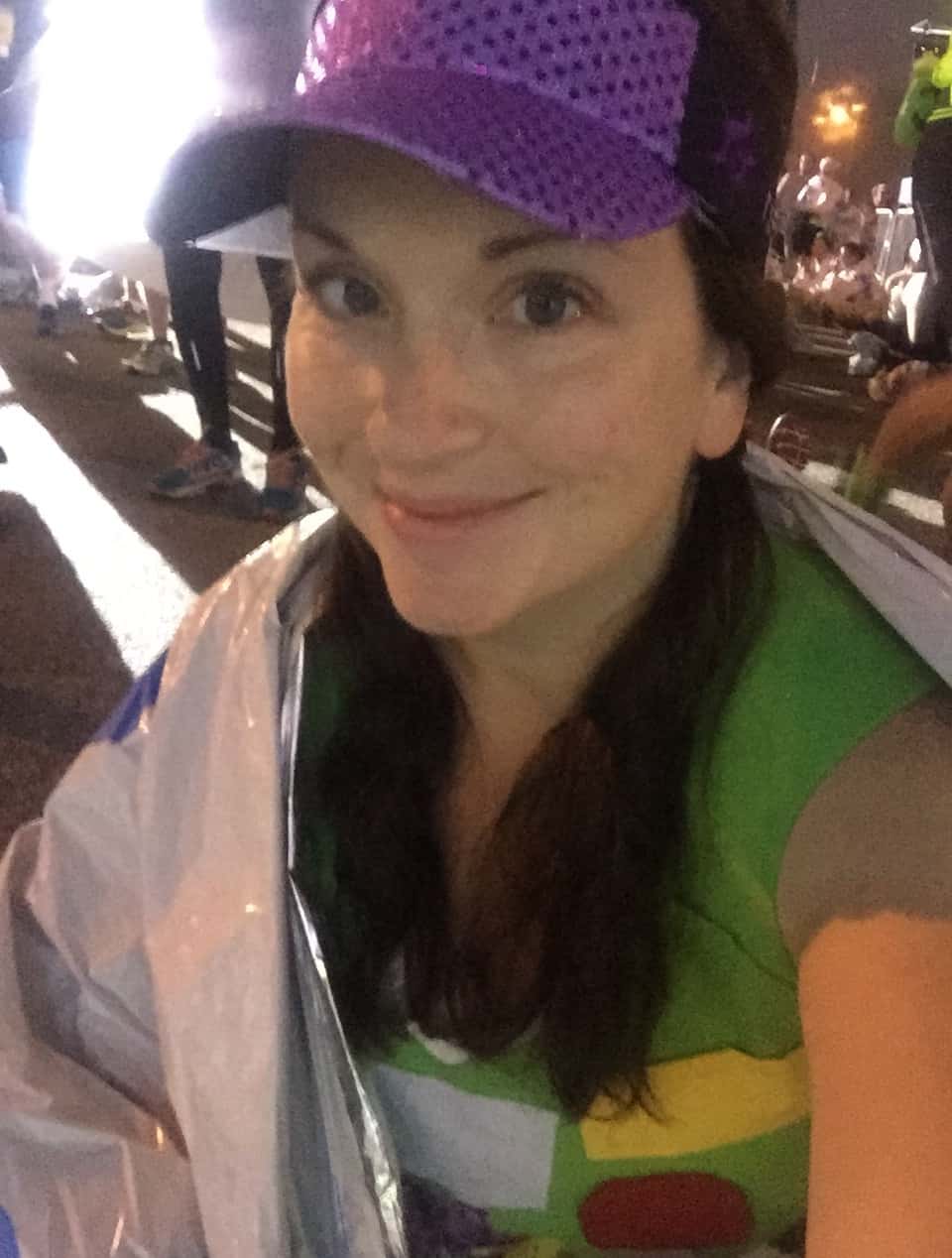 I was a little sleepy in the corral waiting to start, but I made it and that is what counts. 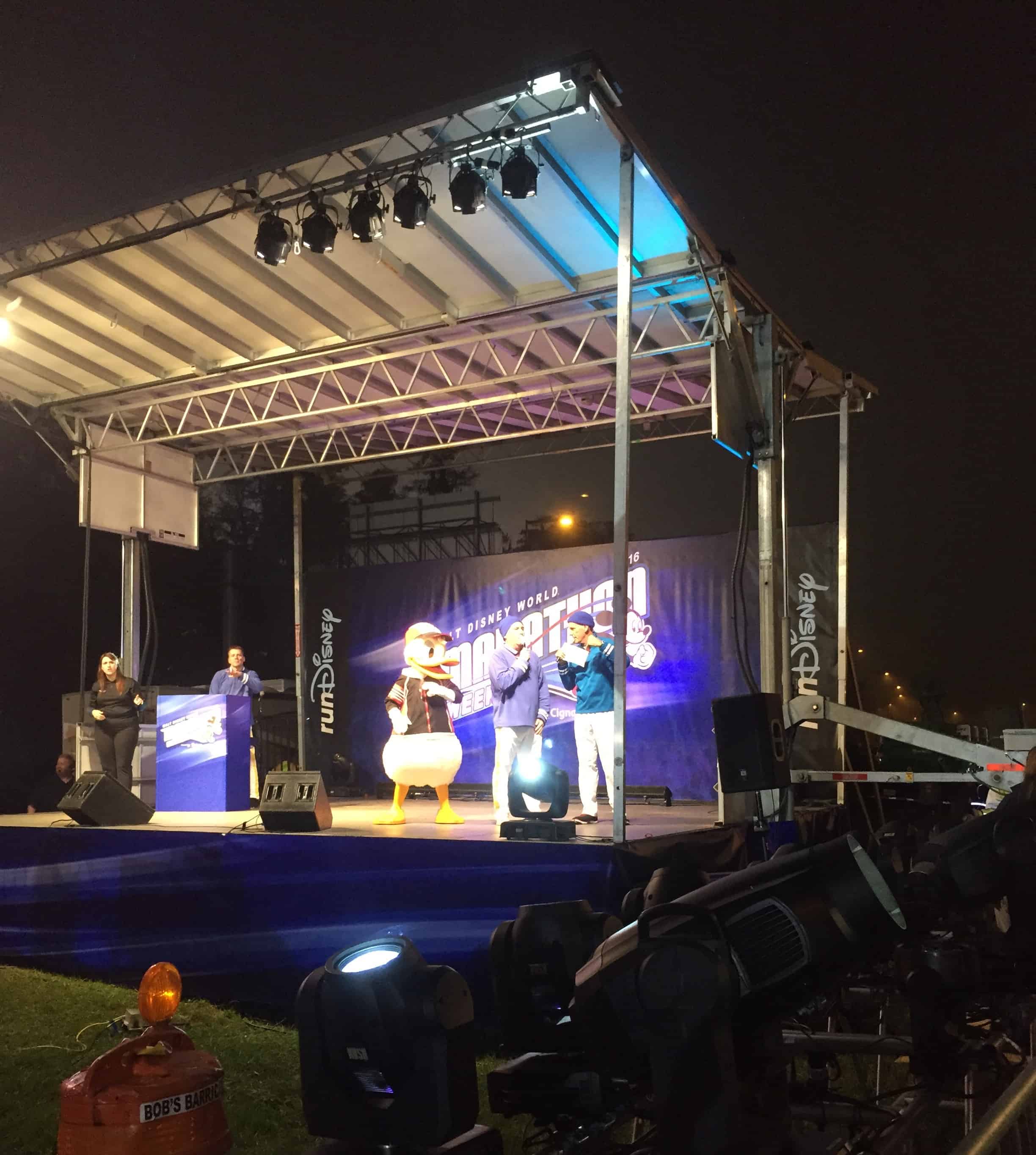 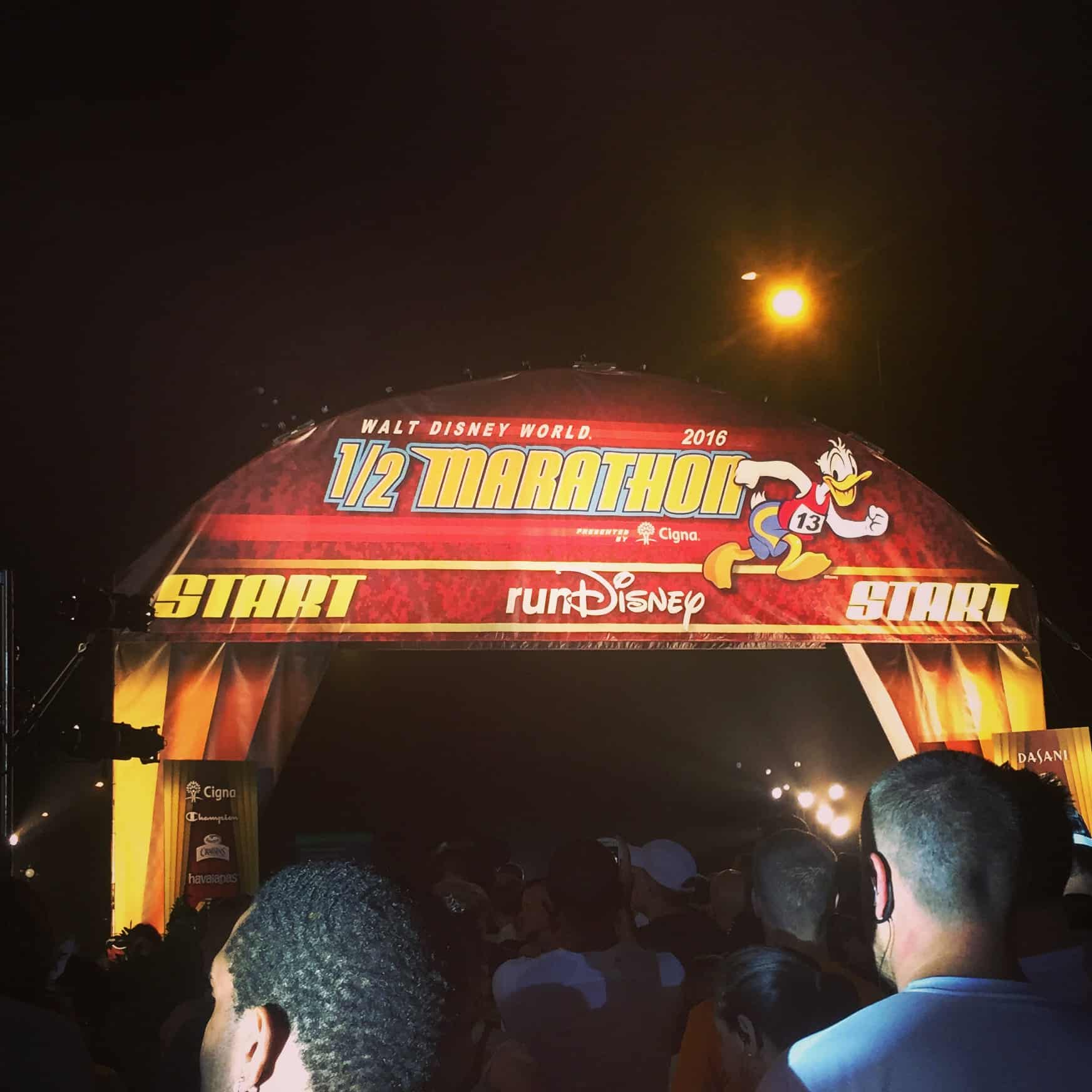 We made our way over to Magic Kingdom crossing through the toll plaza. 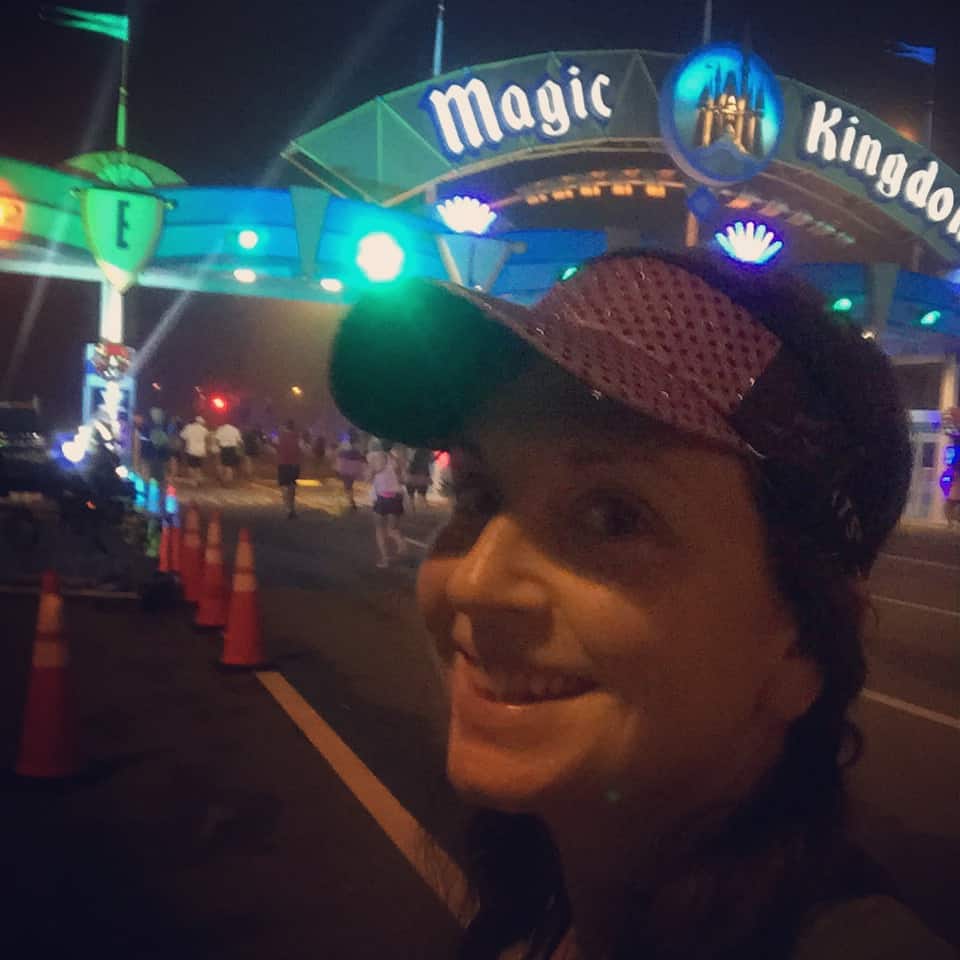 Wreck It Ralph and Venelope were in the Magic Kingdom parking lot. 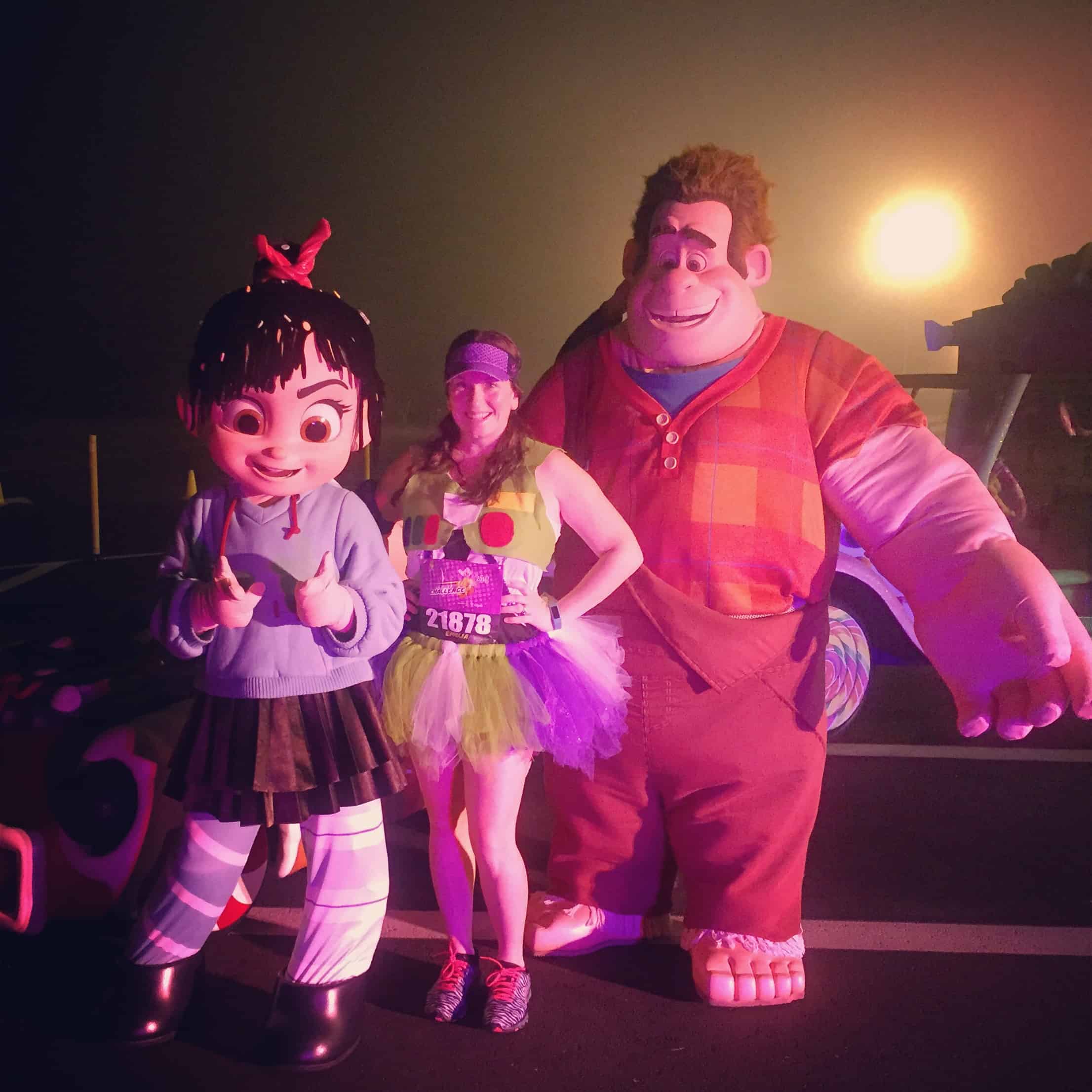 Oogie Boogie was also out in the Magic Kingdom parking lot. 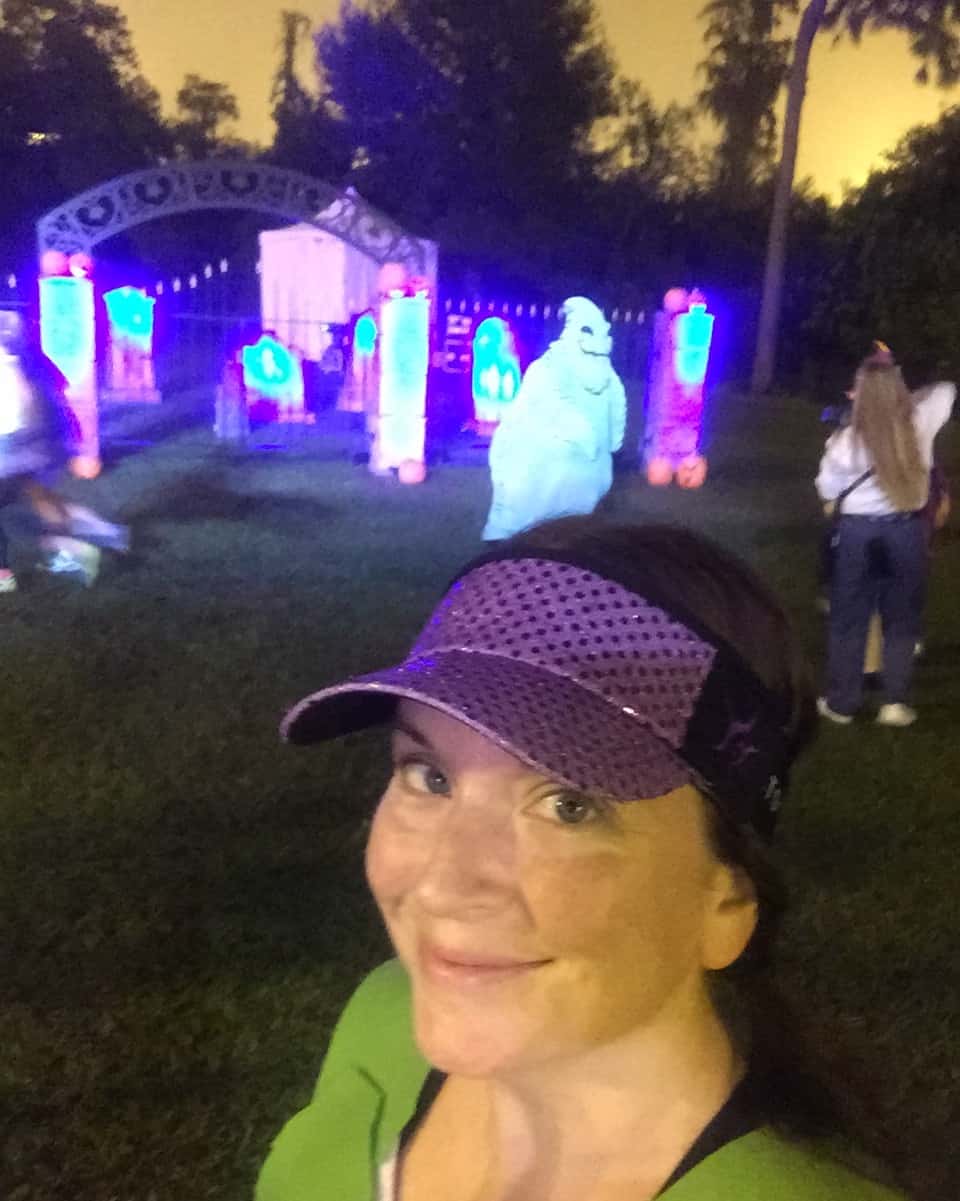 It was still dark when I got to Magic Kingdom and the castle was beautiful.  I love it all lit up. 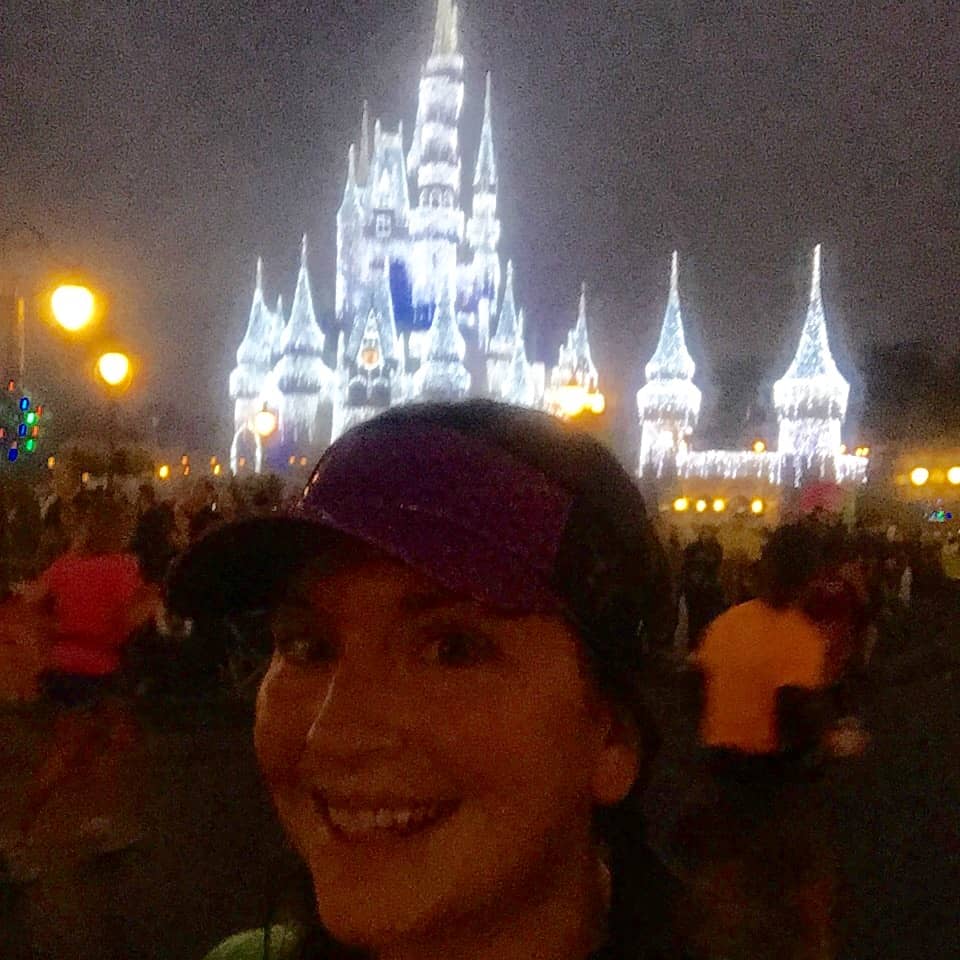 Of course the one time I dress up as Buzz Lightyear is the one time he ISN’T out in Tomorrowland for a race.  That always happens.  Stitch was there.  I did get a picture with Star Command though. 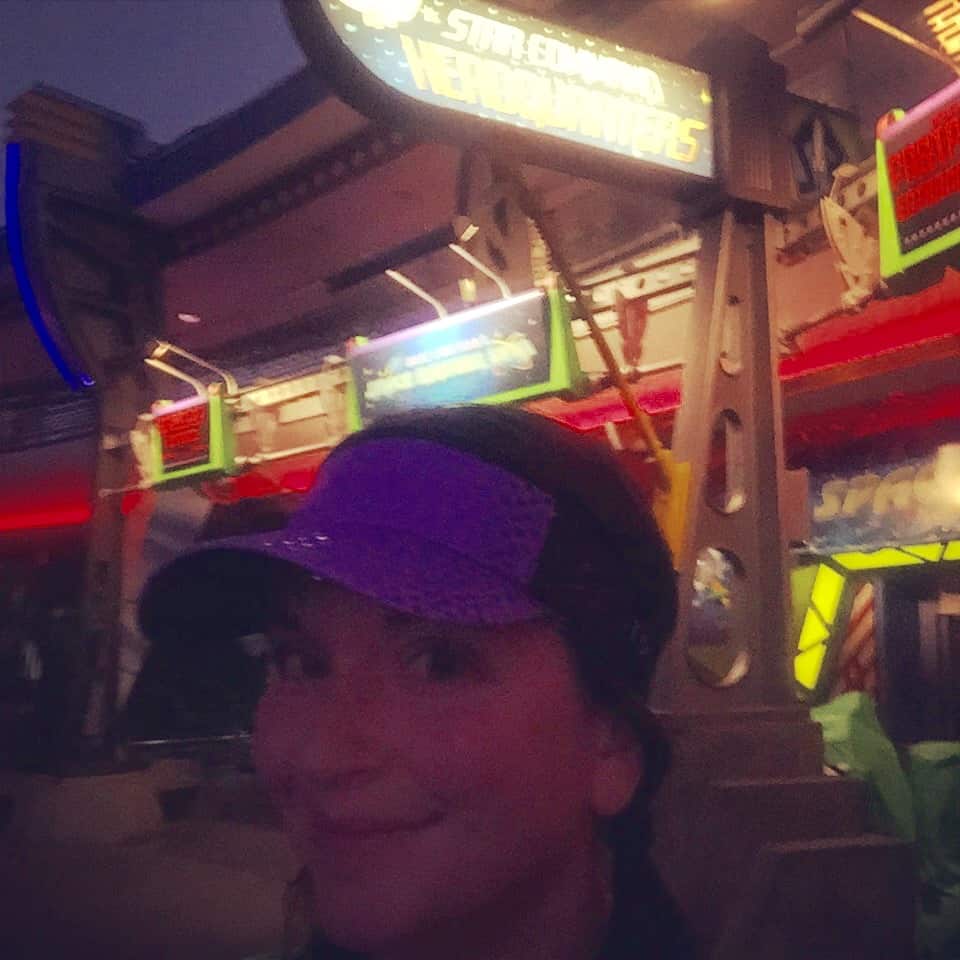 The Queen of Hearts, Tweedle Dee and Tweedle Dum were hanging out near the Teacups. 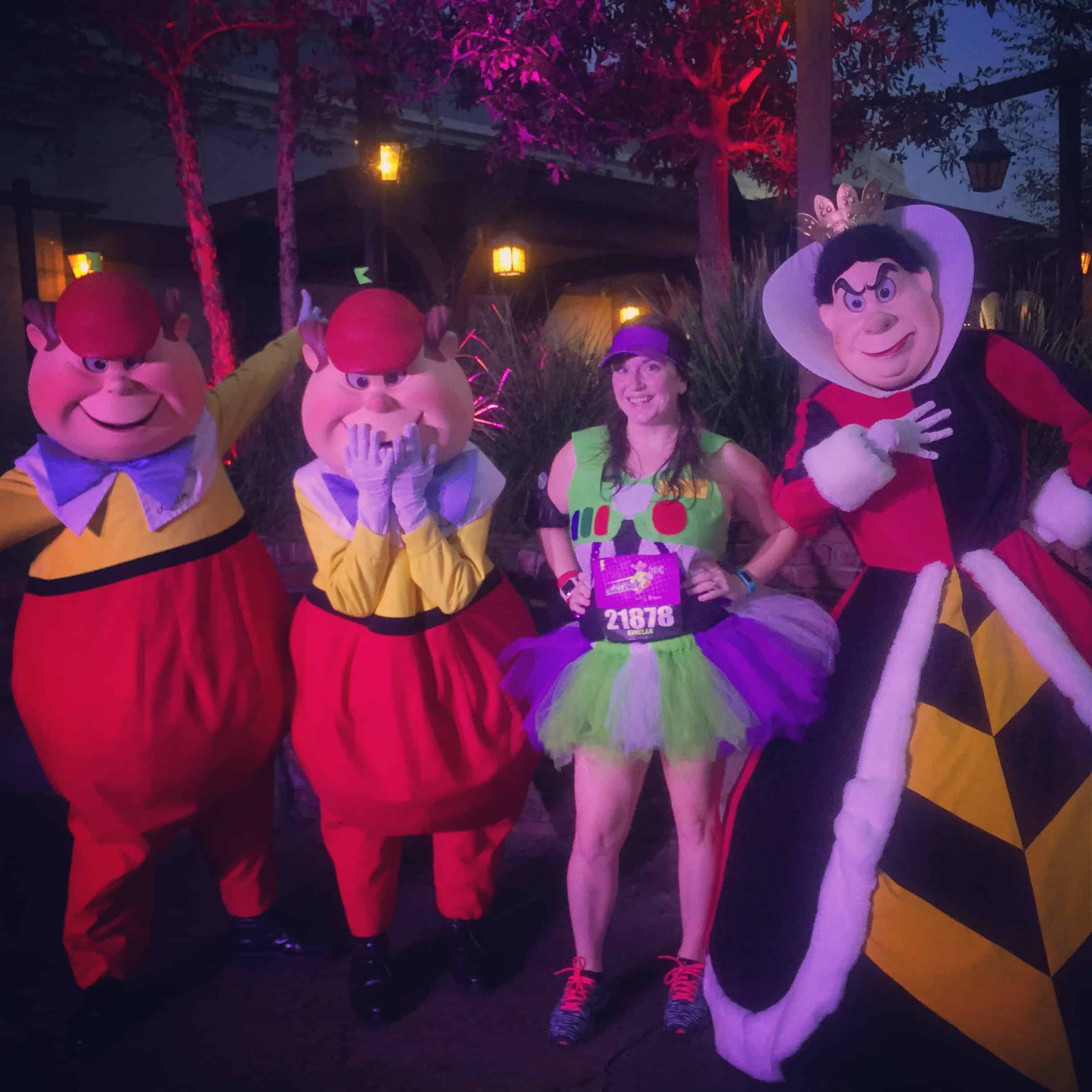 Some of my personal favorites, the guys from Rapunzel who have dreams, were in Fantasyland. 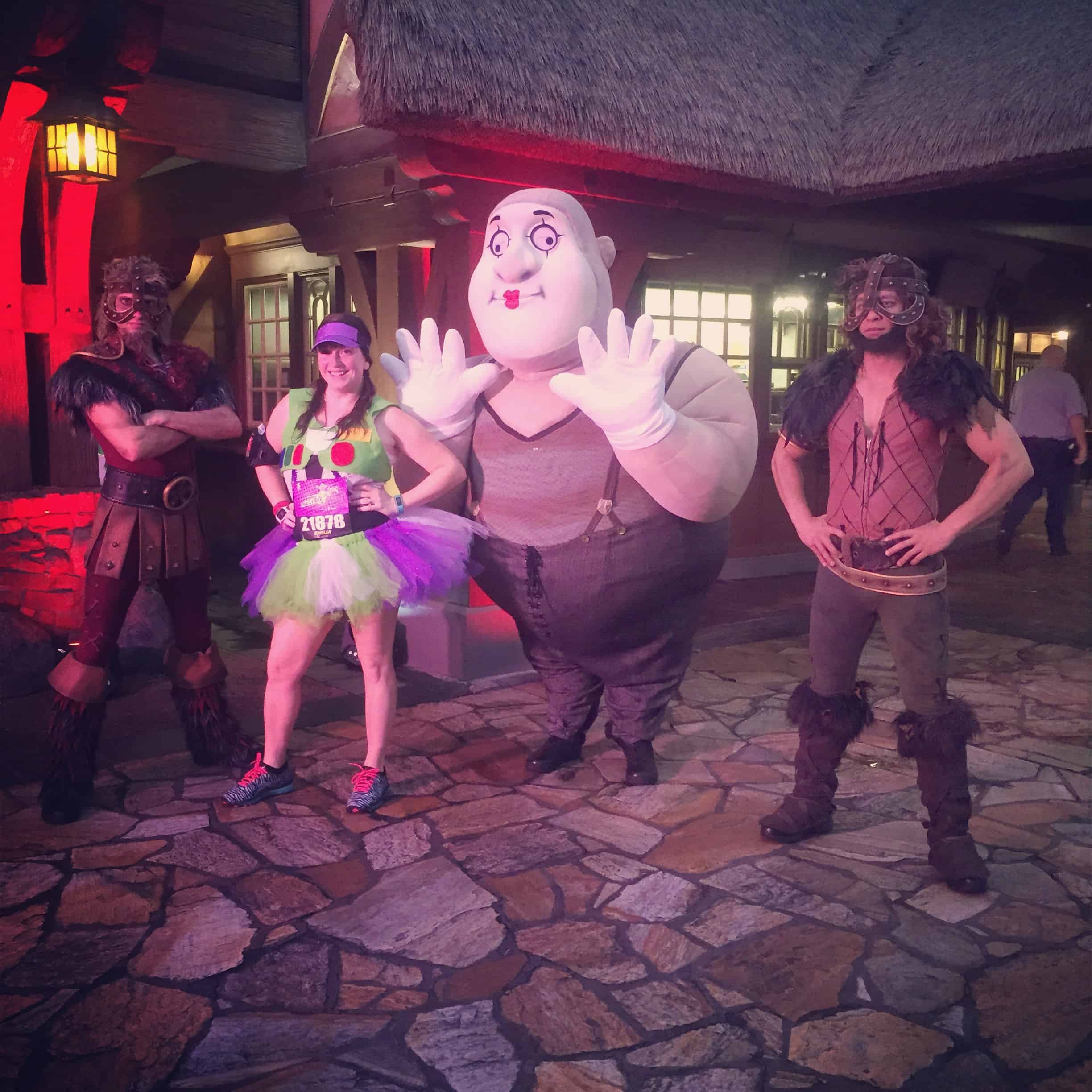 As we came through Fantasyland to the Castle Elsa, Anna and Kristoff were up above on the backside talking to runners. 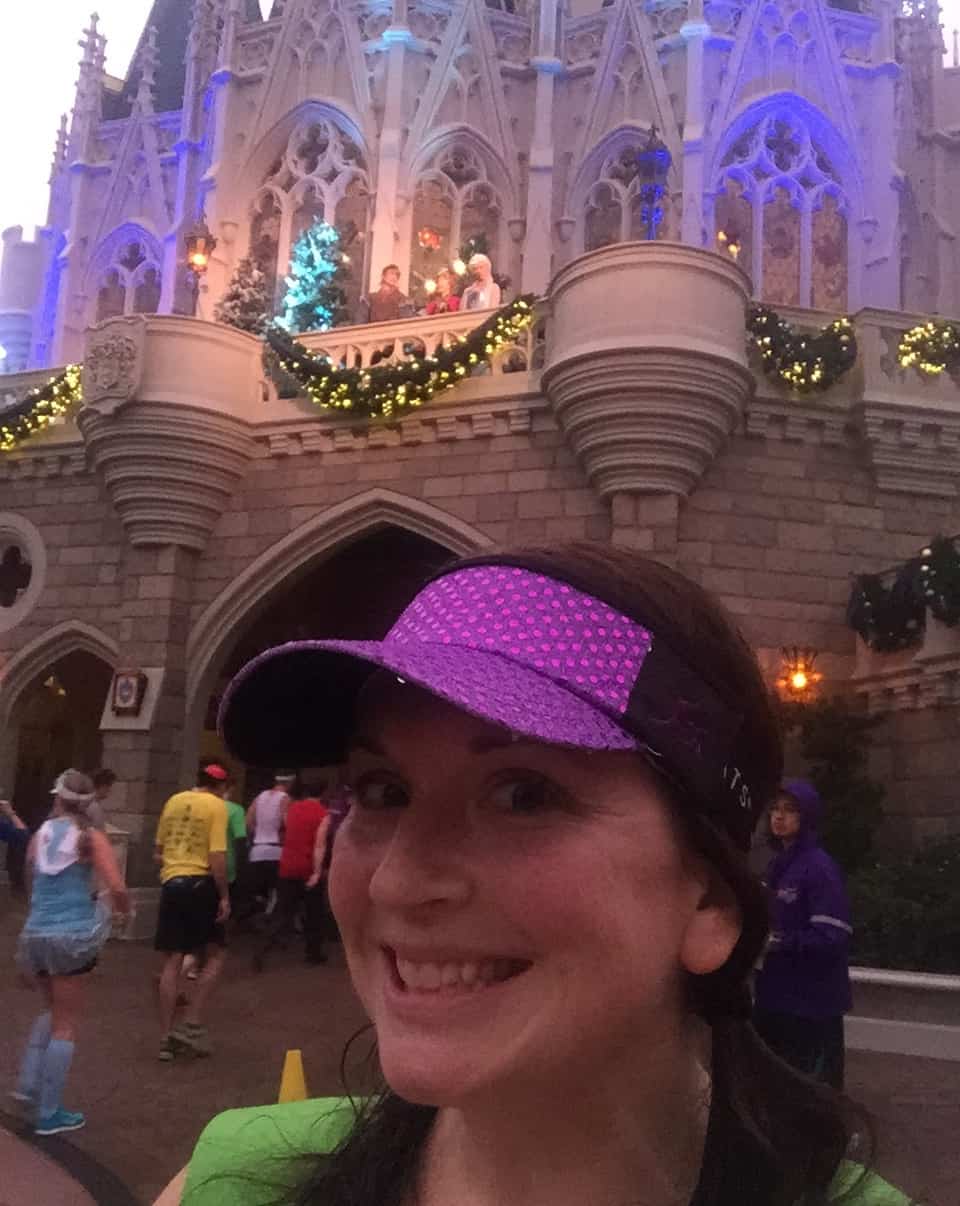 I stopped for a pic in front of the castle because it was just too beautiful not to. 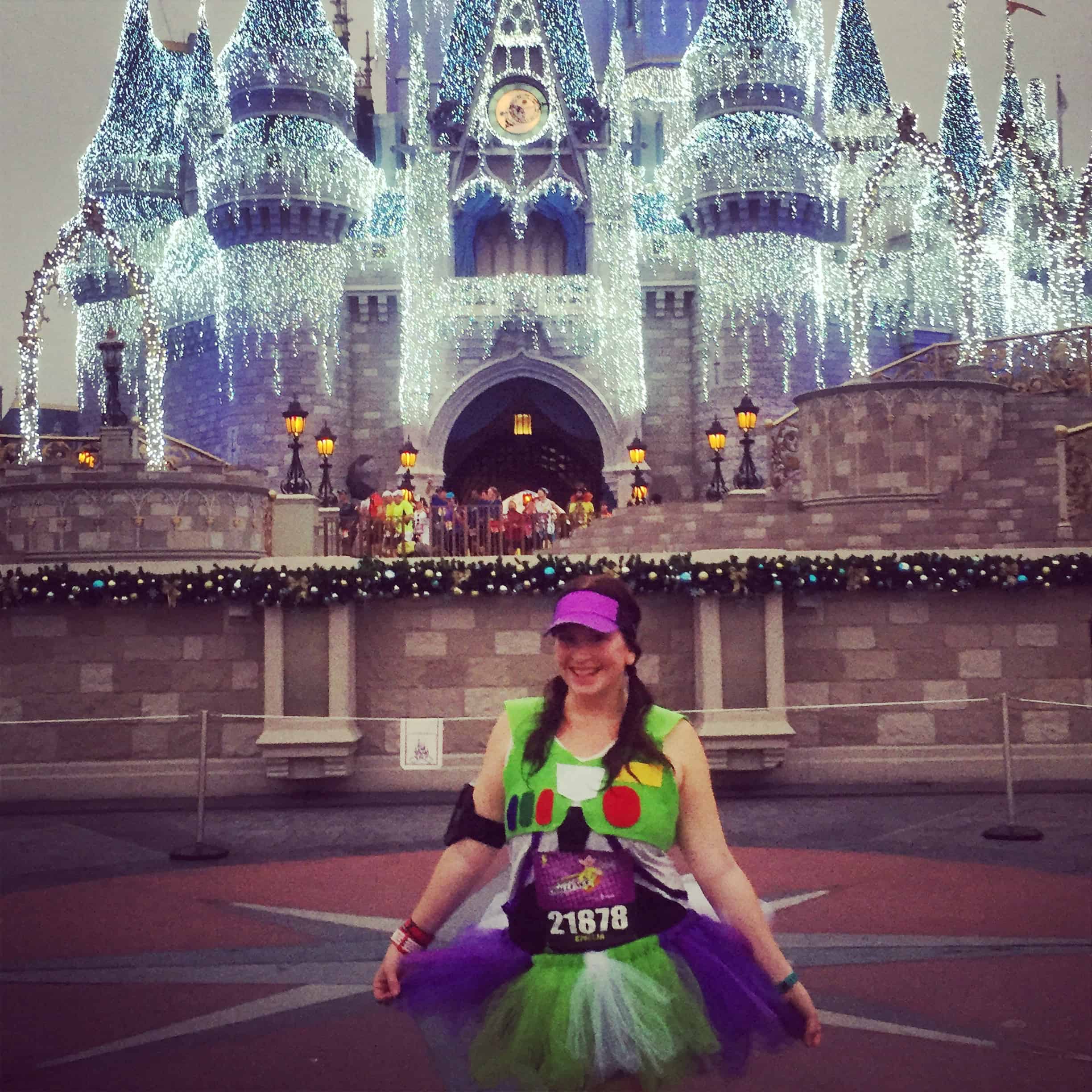 Clarabelle Cow was out in Frontierland.  Here is a little tip: The bathroom in Frontierland is also where the final “in park” bathroom is.  Use it before you exit Magic Kingdom otherwise it is all port-a-potties. 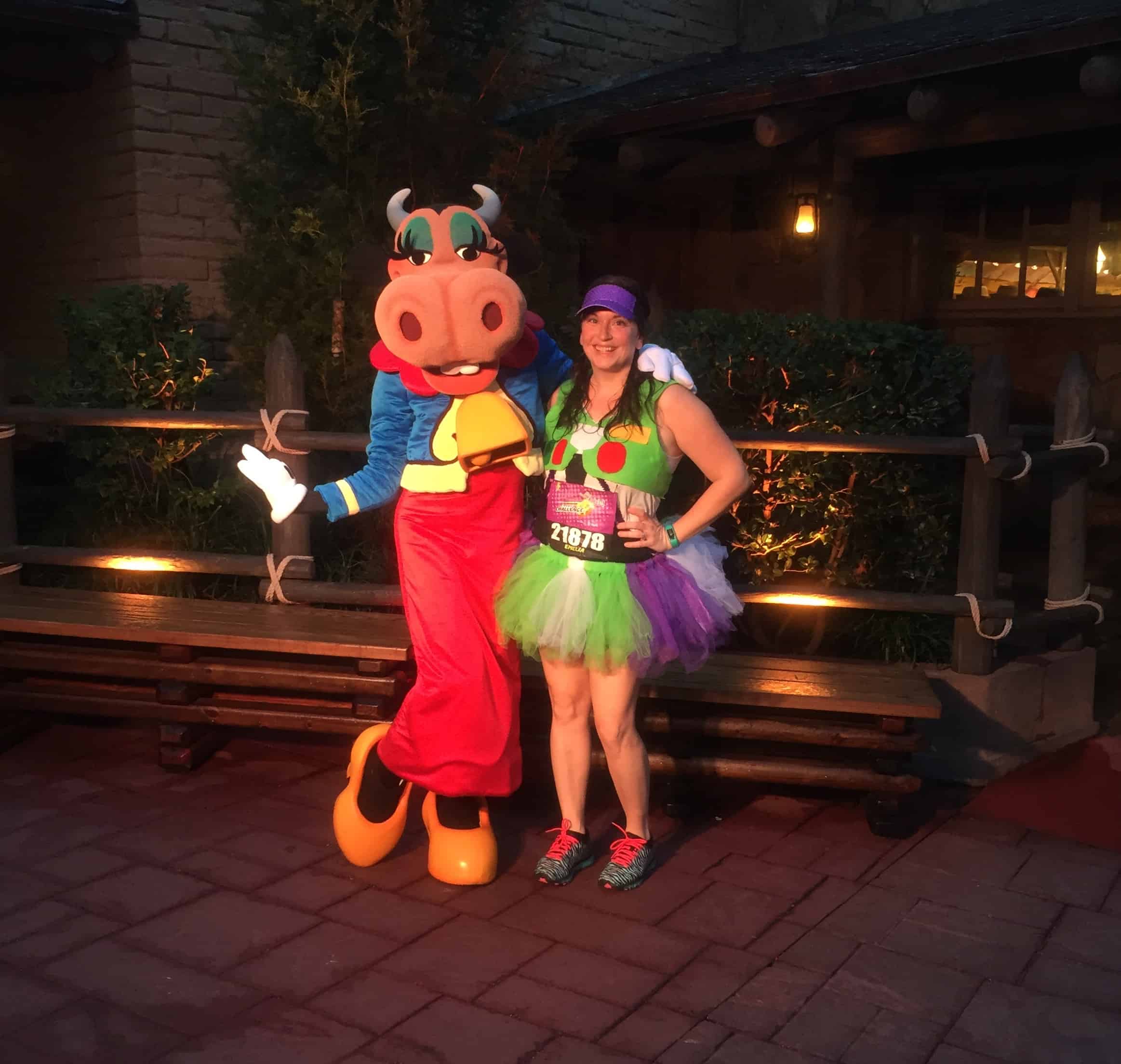 The parade float with Captain Hook, Peter Pan, Wendy, Smee and friends was out backstage right behind Splash Mountain, just before you leave Magic Kingdom. 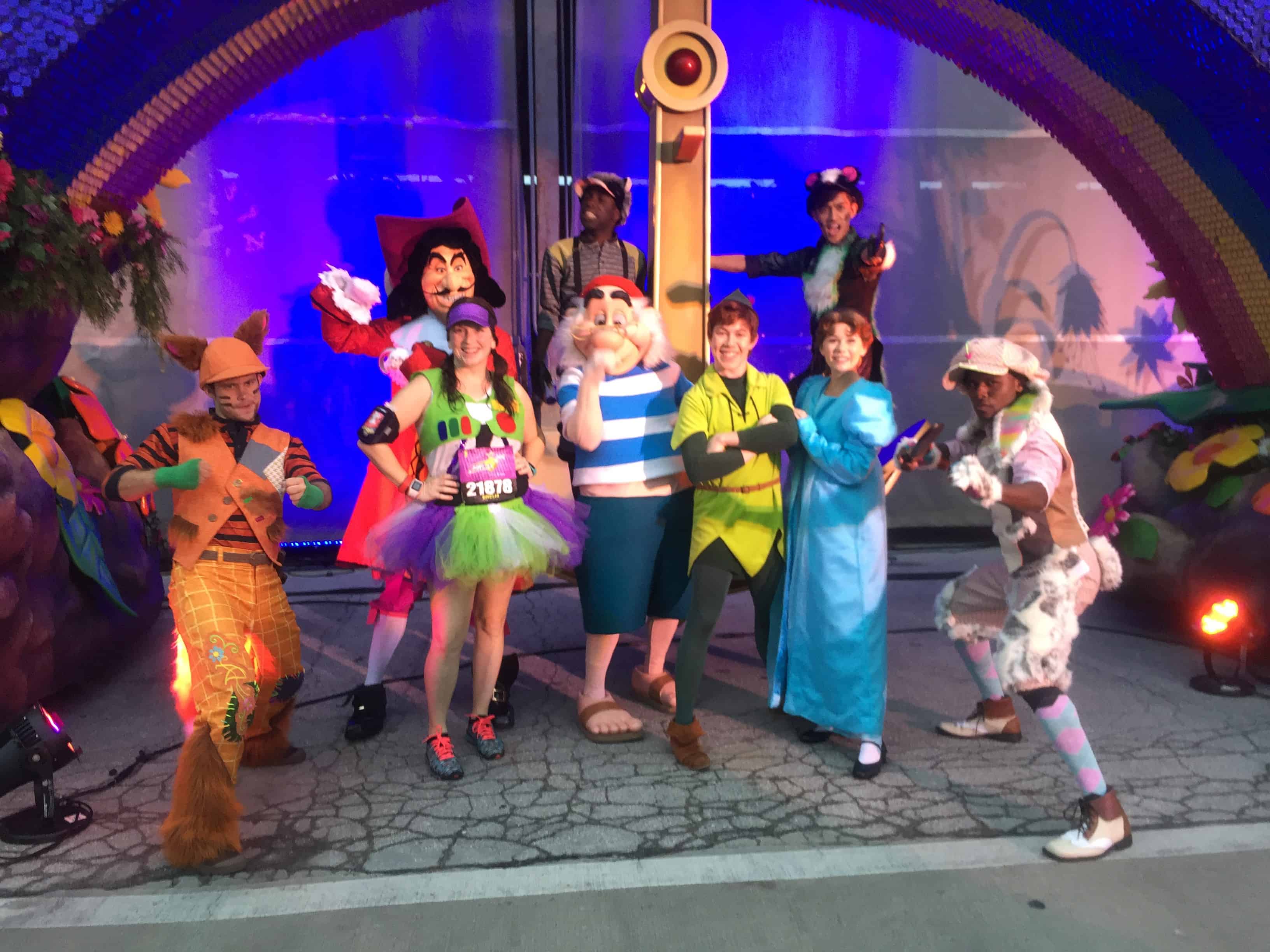 Mary Poppins, my favorite lady, was in her usual spot by the Grand Floridian. 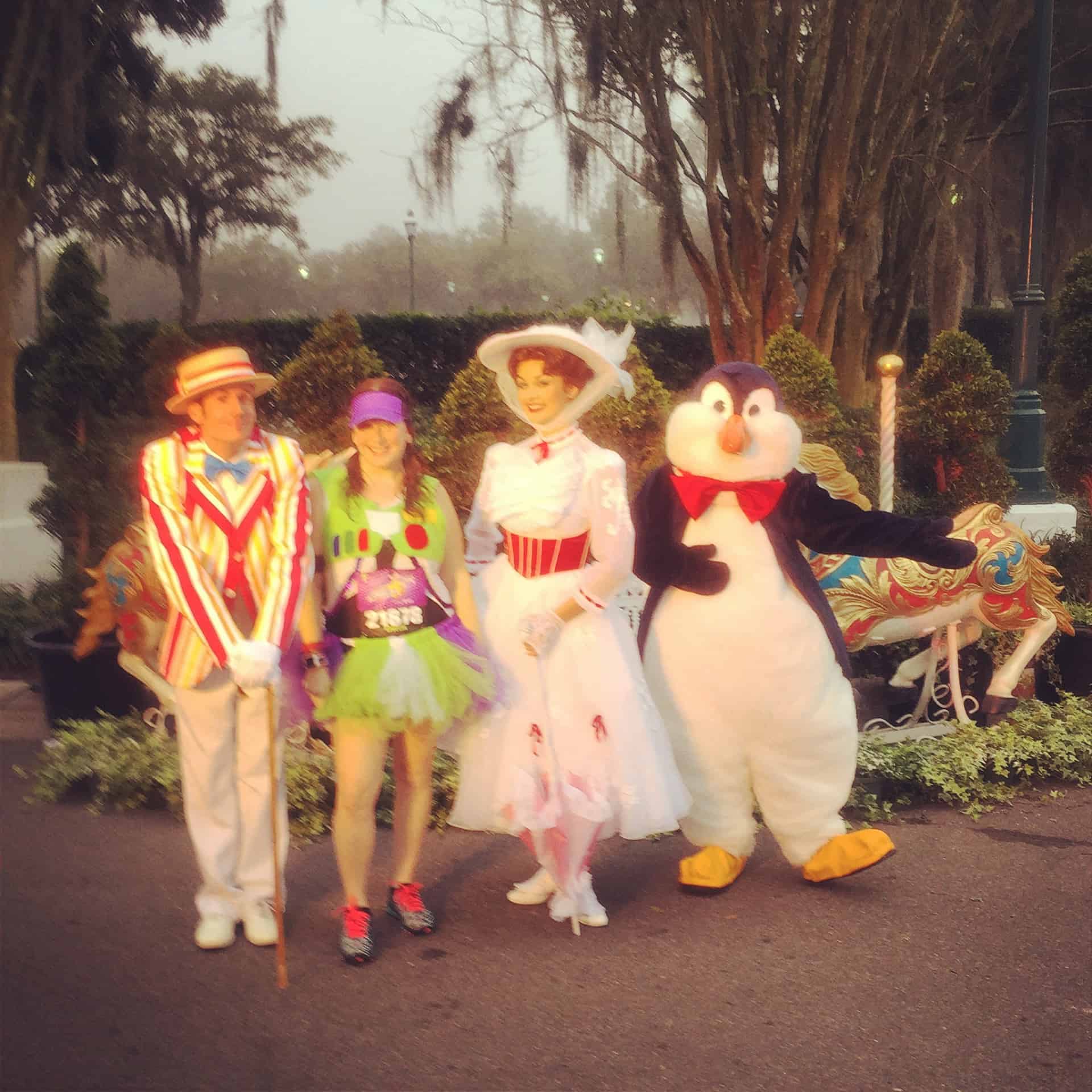 It isn’t everyday you get a selfie with a penguin! 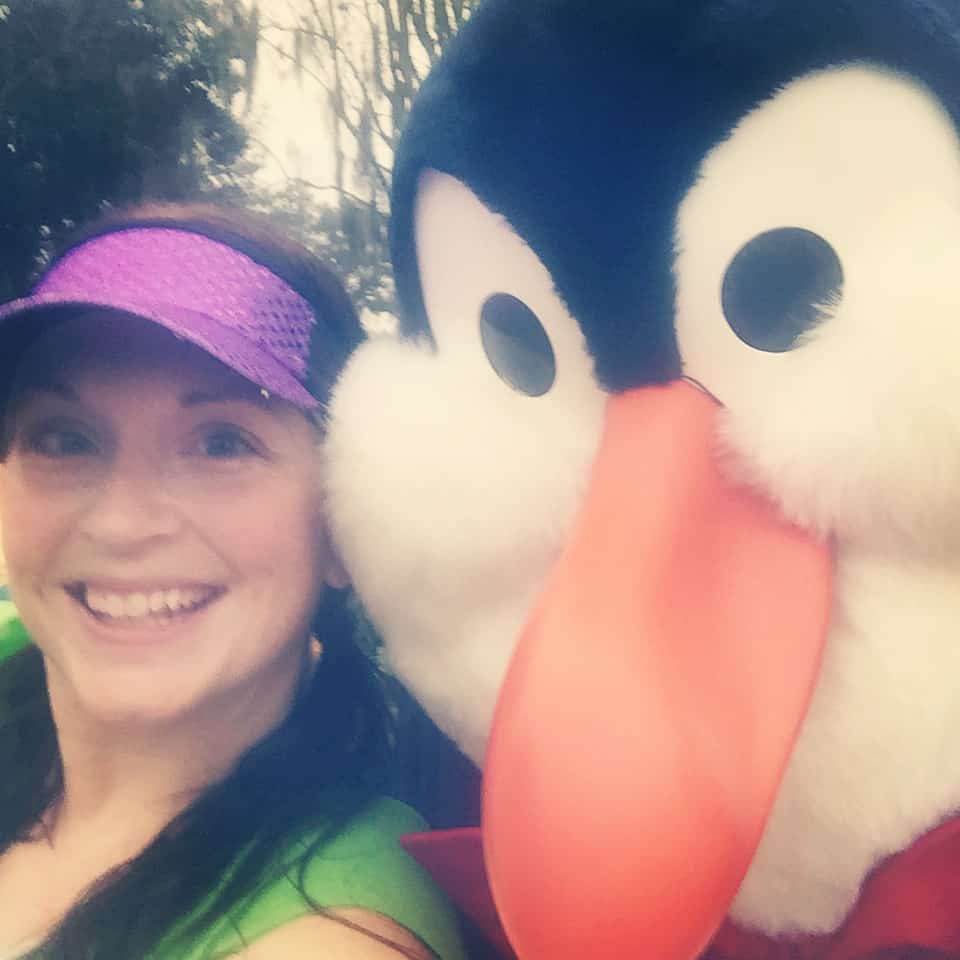 Scrooge McDuck was just inside Epcot. 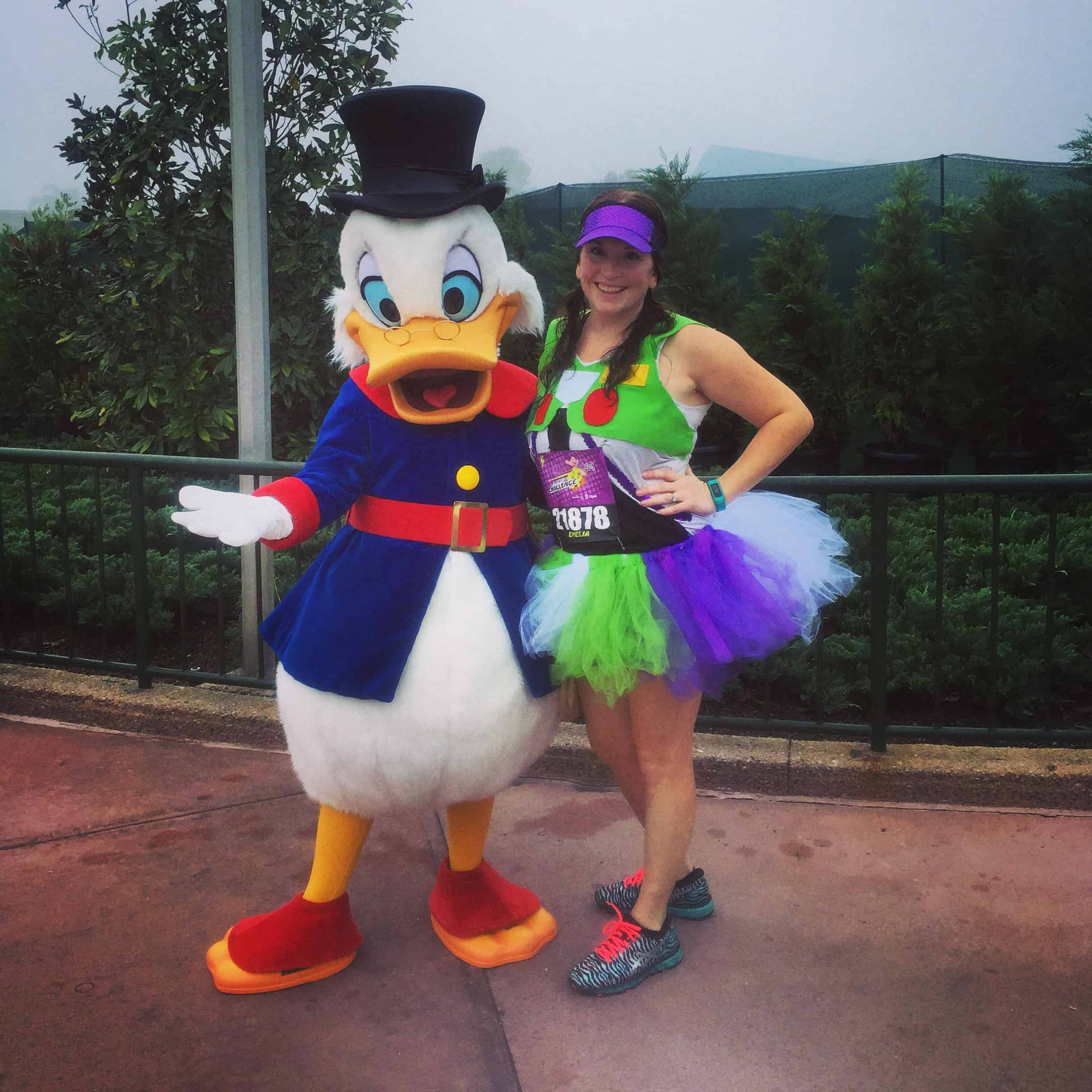 Genie!!! I love Genie and he was out at the turnaround spot right inside Epcot. 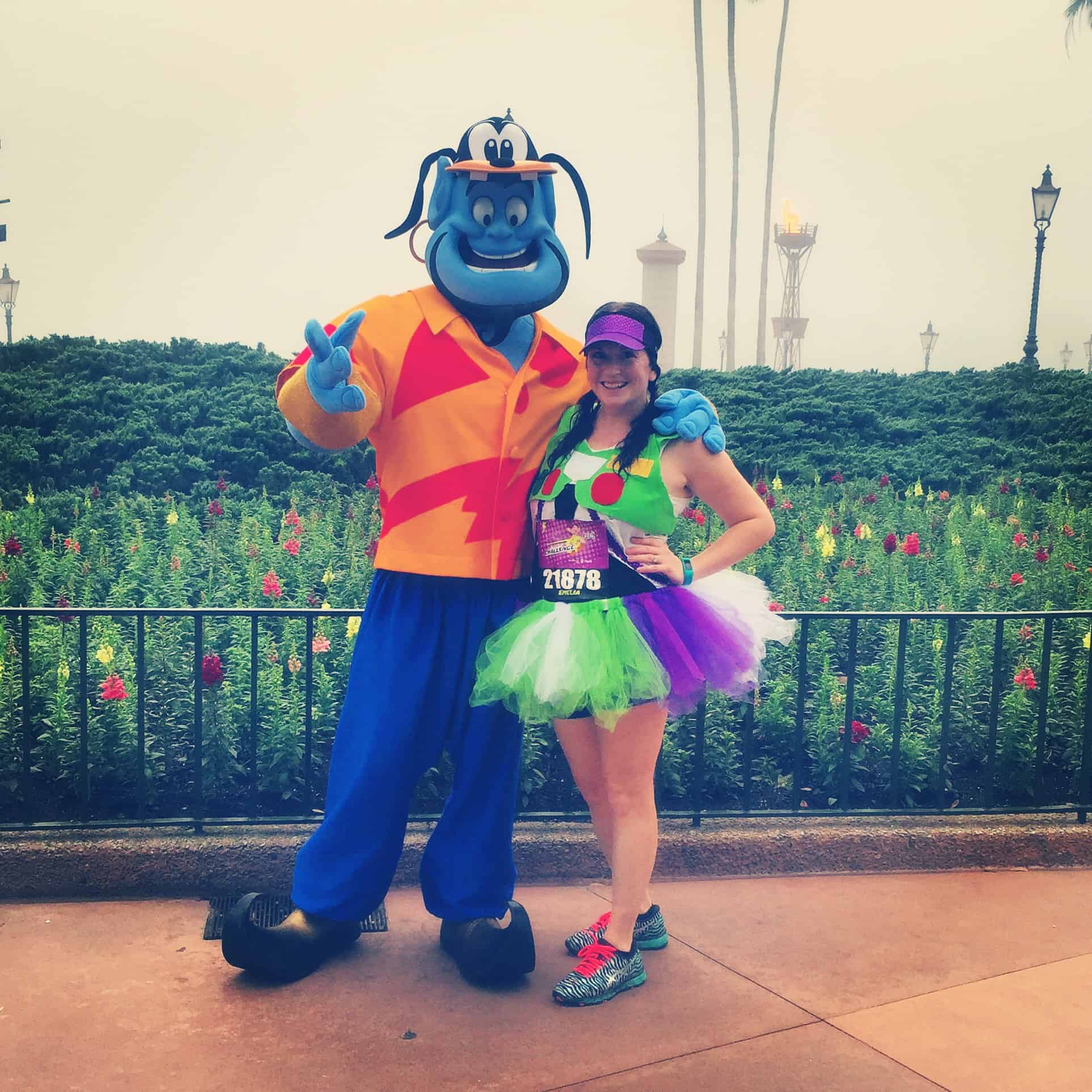 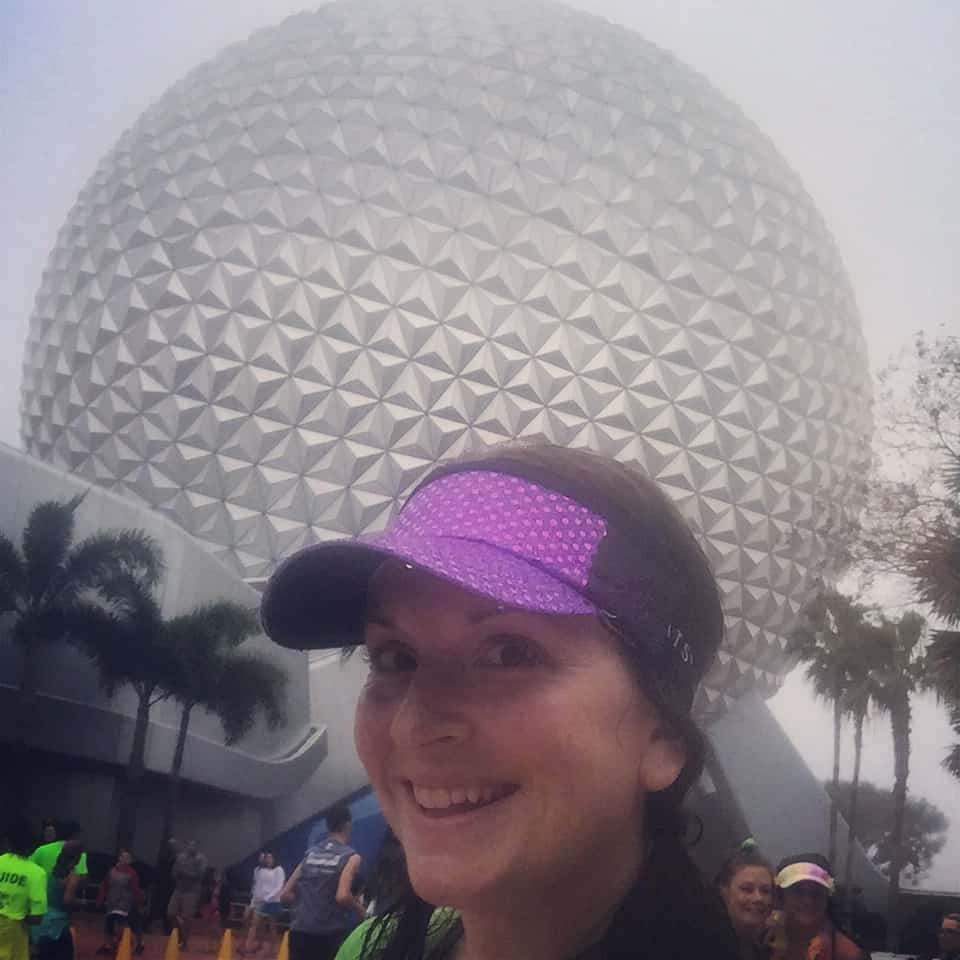 I finished the half marathon and had a great time doing it. 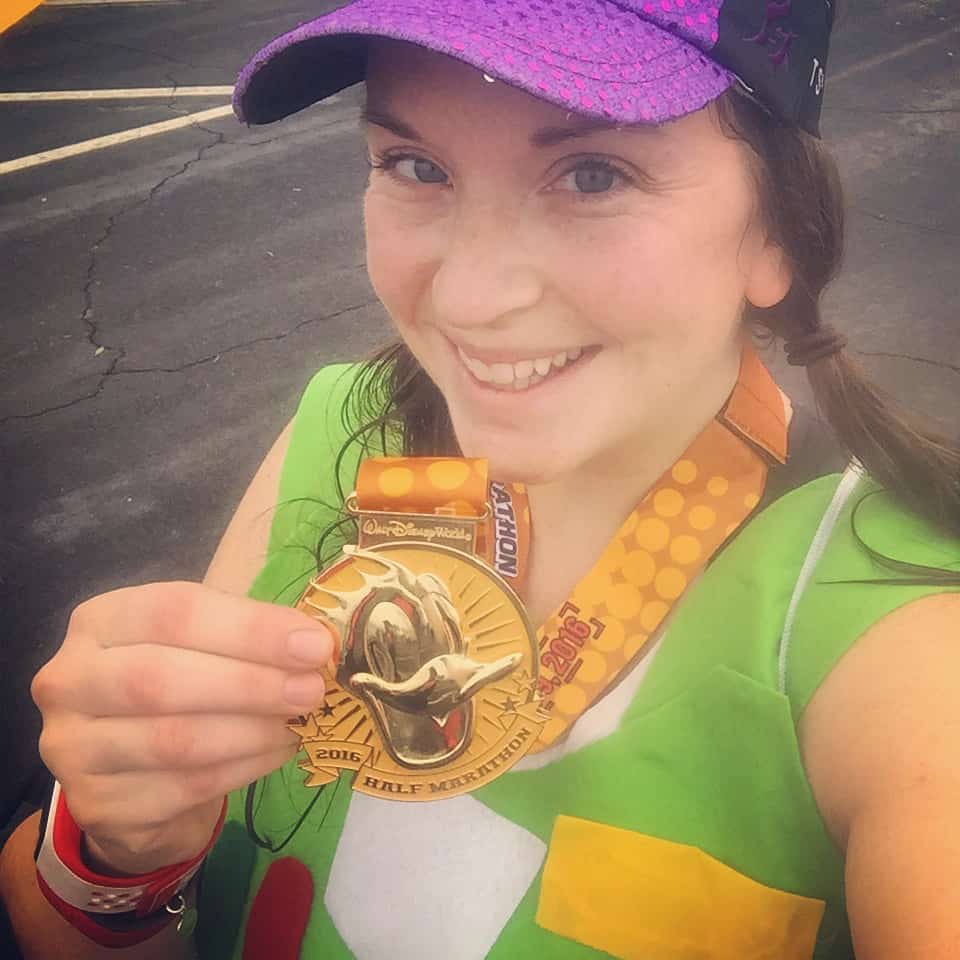 I waited in line to get my picture with Dopey and I’m glad I did.  He is just so darn cute.  I headed back to the hotel to meet up with my family and get ready to run the marathon the next morning.   Stay tuned for my Disney World full marathon recap. 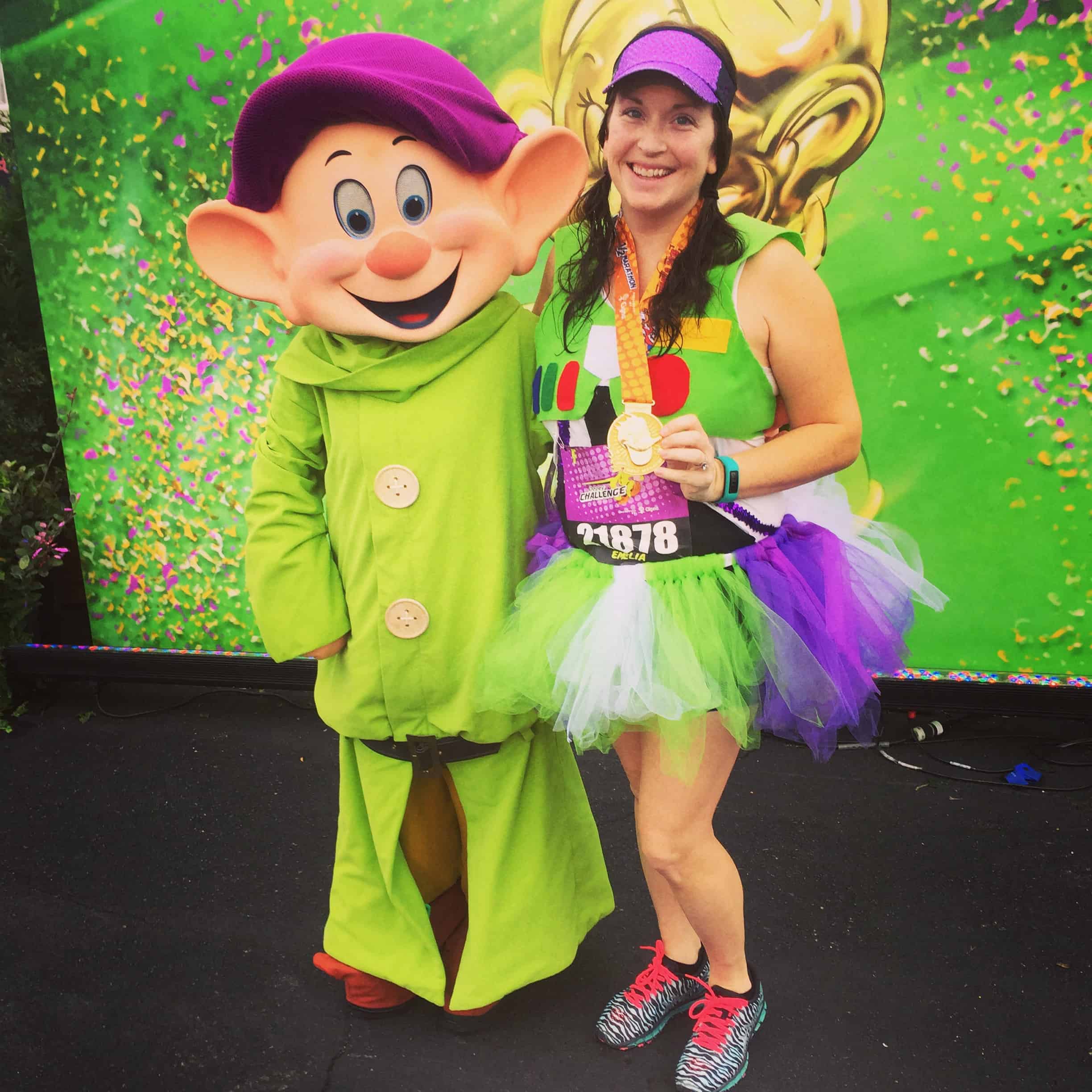 Did you run the Disney World Half Marathon?