Little Monkey has wanted to visit Clearwater Marine Aquarium to see Winter and Hope, the dolphins from the movie Dolphin Tale, for a few years now.  I tried to make it happen last summer, but the timing just didn’t work.  This summer we were going to visit family in Florida and decided it would be the perfect time to detour a little and hit up the aquarium. 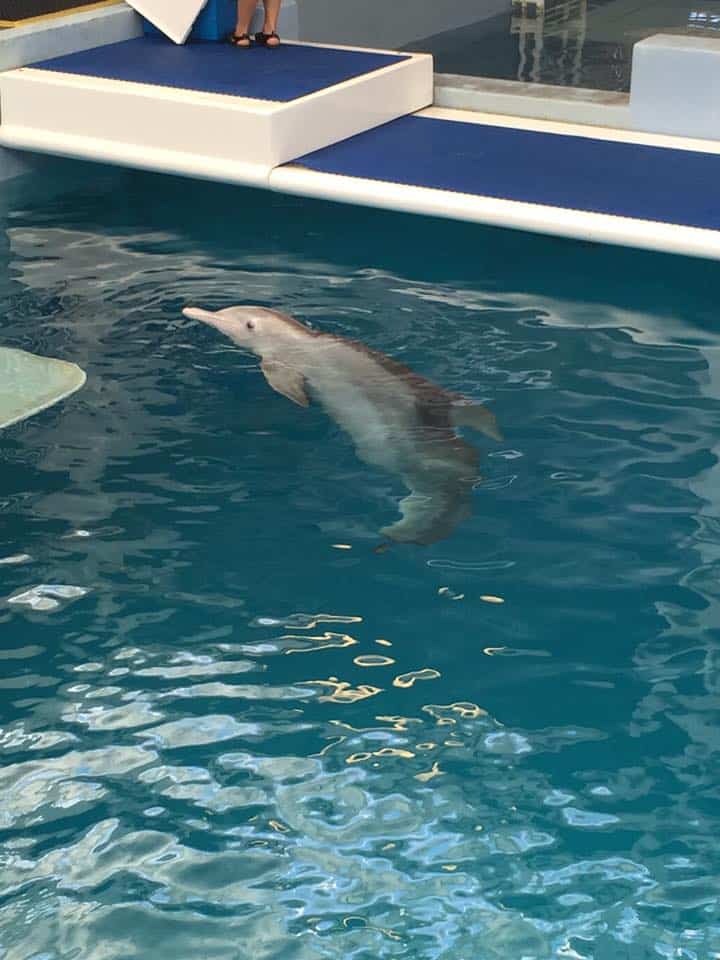 We flew into the Tampa Airport, which is only about 30 minutes away from the aquarium.  The whole Tampa and Clearwater area is beautiful.  If you have been to an aquarium like the Monterey Bay Aquarium you may be thinking big, but the Clearwater Marine Aquarium was/is a working animal hospital where they help rehabilitate and release animals that can be released.  It isn’t huge.  That said, it was very cool to visit. 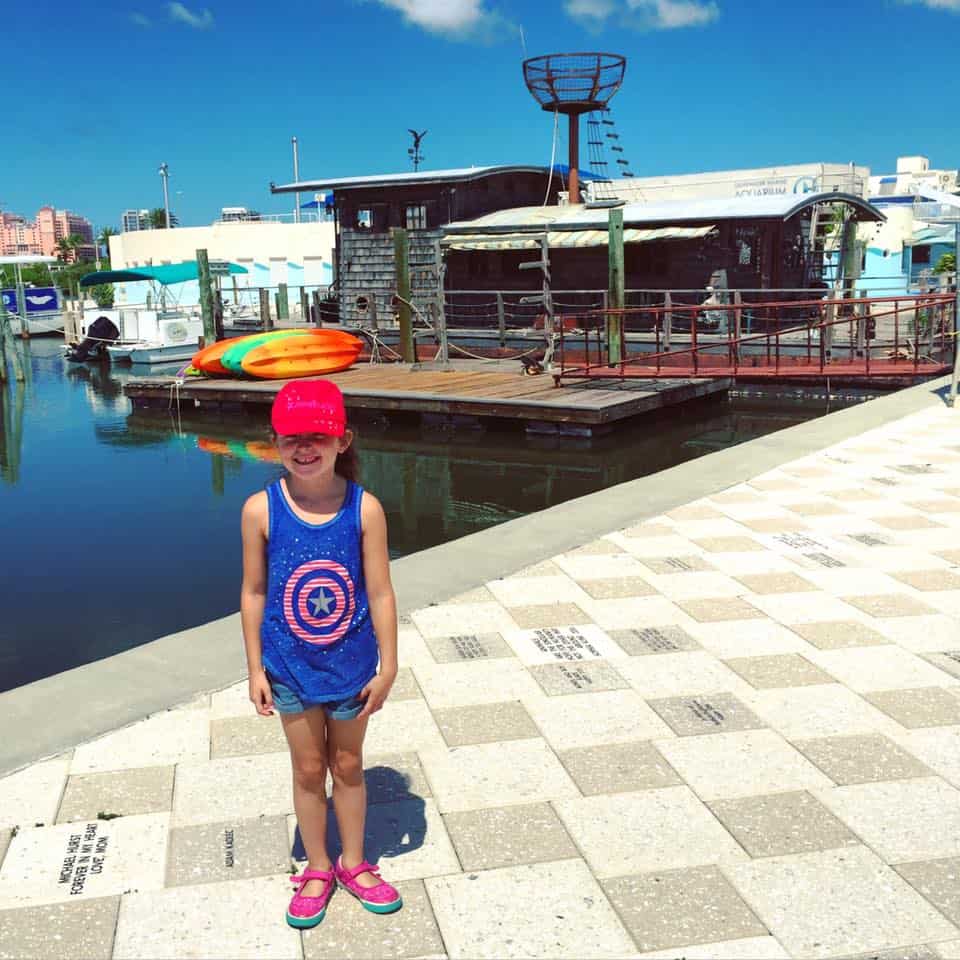 When we first got there we noticed the houseboat where Hazel lived in the movie. 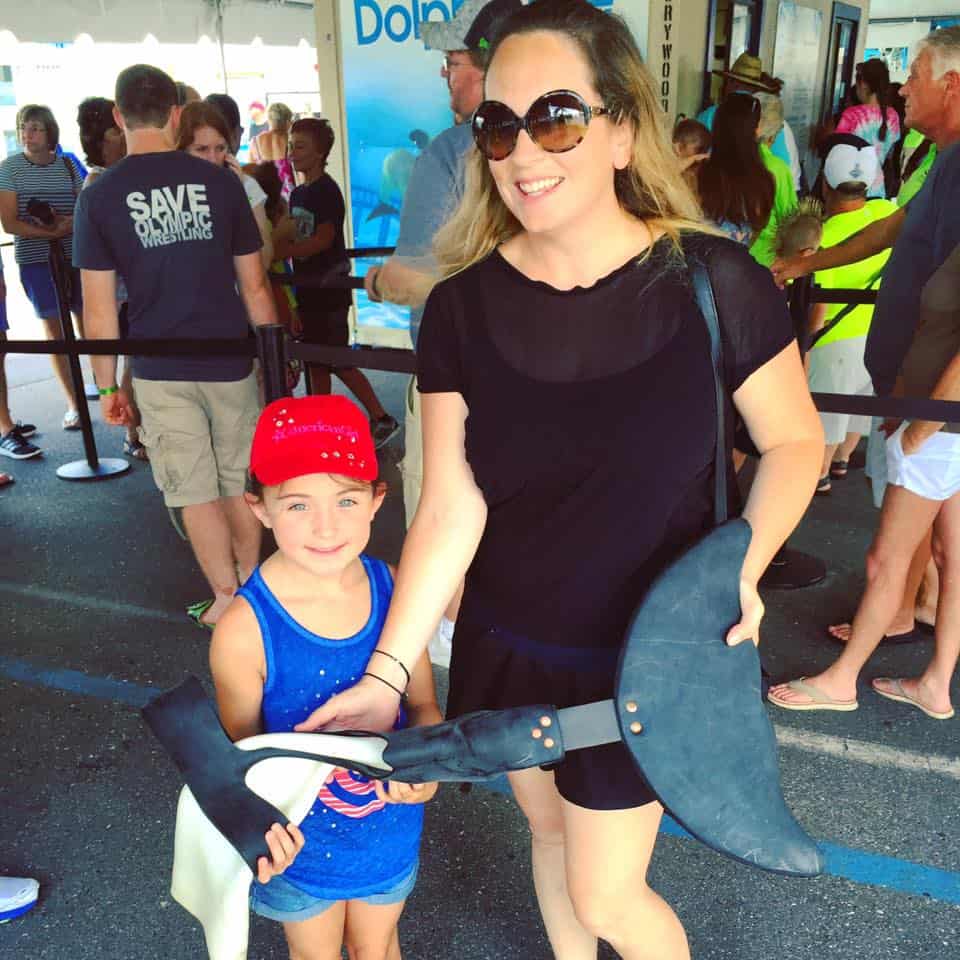 While we were waiting in line to buy our tickets there was a person walking around for us to feel and hold one of Winter’s prosthetic tails.  It was much heavily than I imagined it.

At the aquarium they have Winter and Hope the dolphins, some sea turtles, cute little otters, pelican, rays, and a few miscellaneous others.  My advice is to get there when they first open because it does seem to get crowded.  I’m not sure if that is everyday or just because we were there during the summer.  Around the aquarium they had various different signs about scenes from the movie.  I even made Little Monkey reenact the Hazel crying scene. 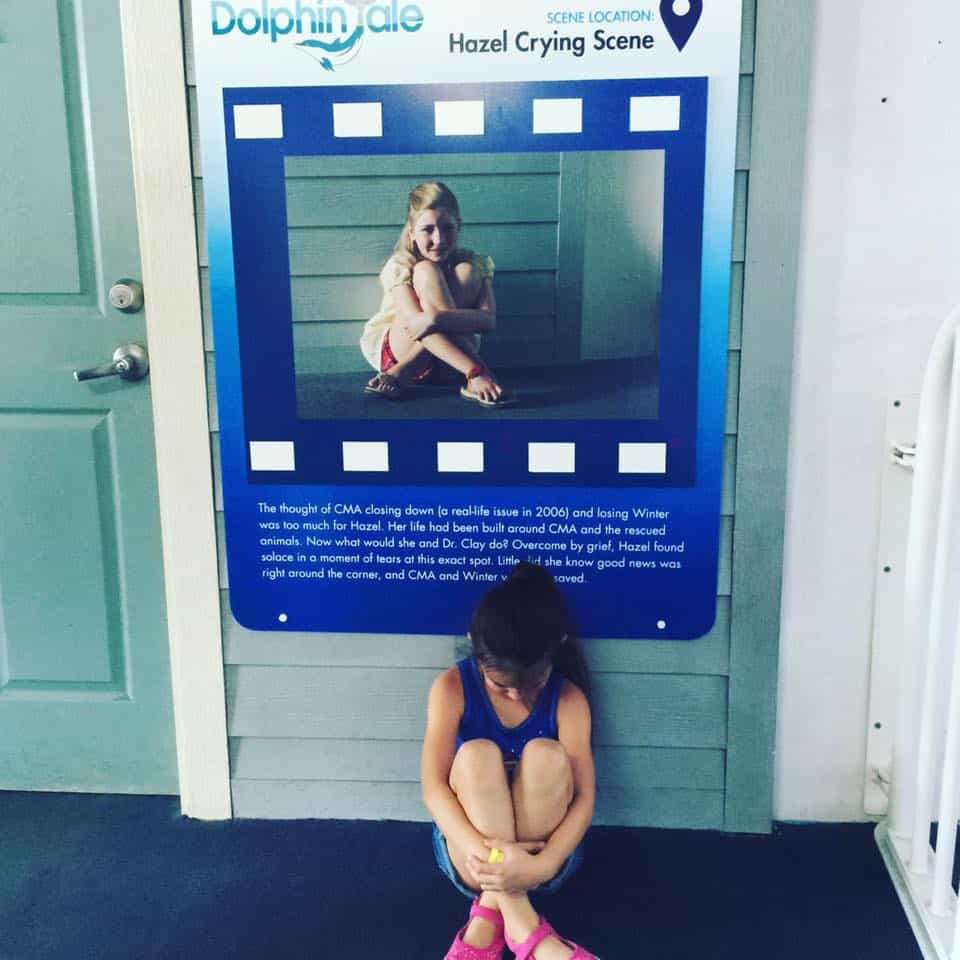 We watched the trainers working with Winter before Hope came to play and it looked like they were doing some massage.  Watching Winter swim with no tail was truly amazing. 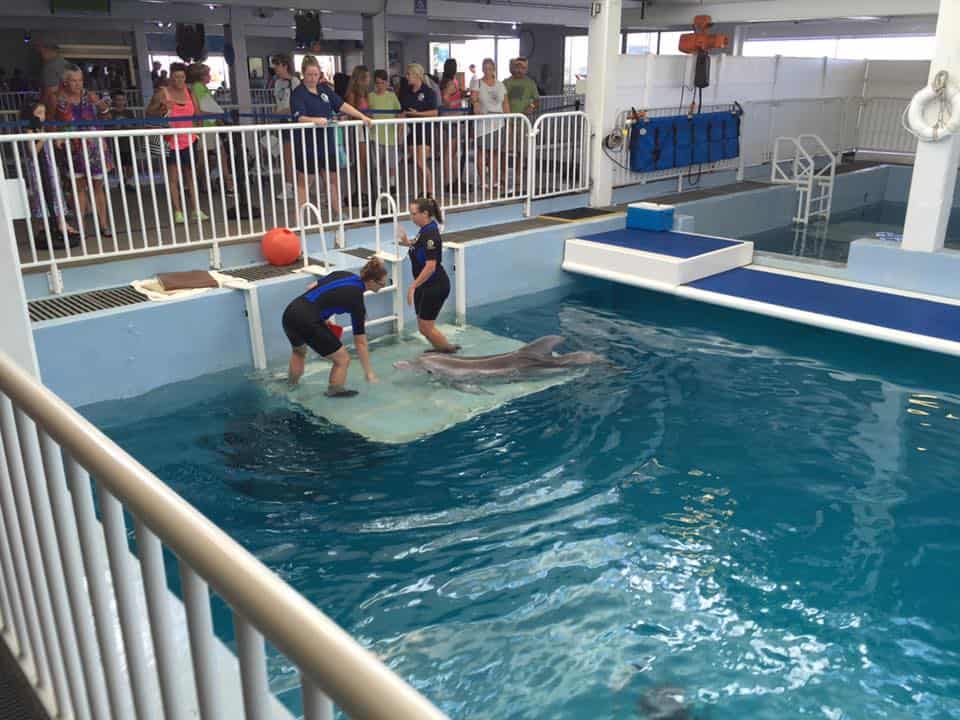 Here is a video of Winter and Hope playing together.

About 1.5 miles away from the Clearwater Marine Aquarium they also have “Winter’s Dolphin Tale Adventure”, which has a lot of props and sets from the movie.  That was fun to visit too.  It is an indoor building not near the water.  We happen to plan the trip on a day when the actresses from the movie who played Hazel and Phoebe were there.  It was pretty cute.  Little Monkey was totally star struck.  It was like if I met George Clooney. 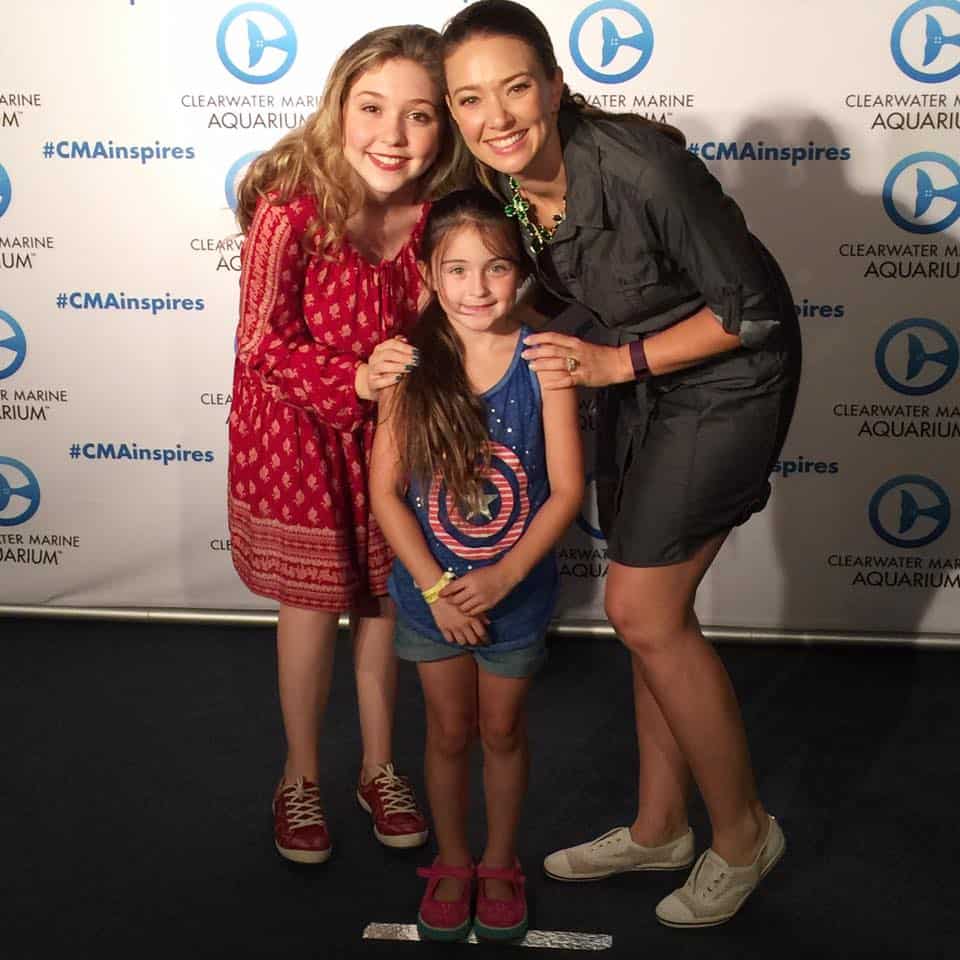 We had a great time and if you have an animal lover or even just loved the movies it is definitely worth a visit to the Clearwater Marine Aquarium.