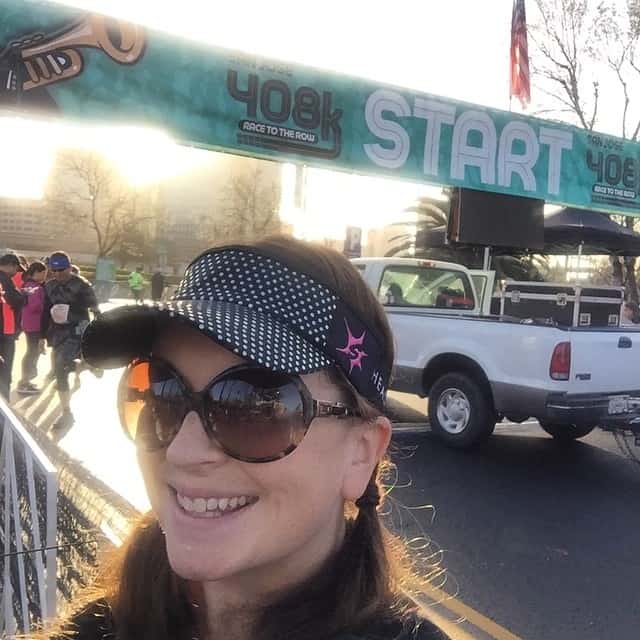 It had been pouring rain for 2 days before the race and the forecast didn’t look very promising.  I think most of us thought it would be raining for the race.  The weather cleared and it actually ended up being a beautiful day! 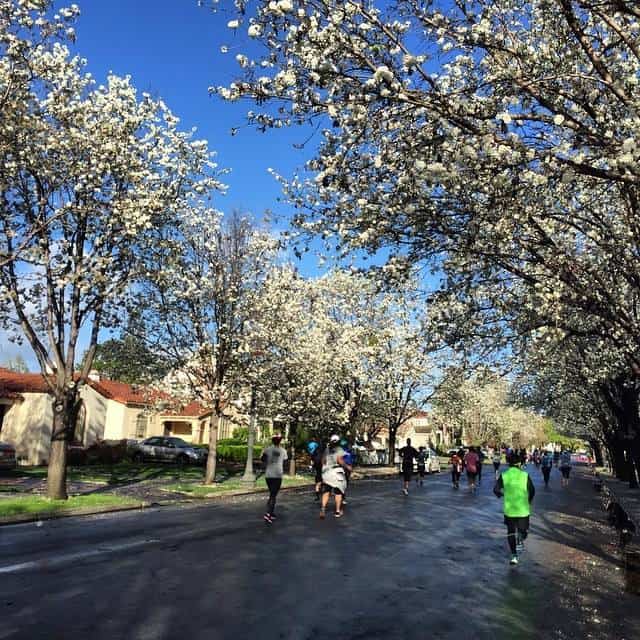 Everything was still damp, but the sun was out.  It was a perfect day to run.

My favorite part is the “Memorial Mile”.  Veterans come out to cheer on the runners and runners get to shake the hands and thank the veterans.  It is a beautiful tradition.  The race benefits the Pat Tillman foundation, which is a great cause.  The Pat Tillman Foundation invests in military veterans and their spouses through academic scholarships.

The 408k is a point to point, so my husband and Little Monkey dropped me off at the start and went to eat breakfast. After I finished running they met me at Santana Row so Little Monkey could run her kids race.  She was so fast and had a smile on her face the whole time. It makes my heart happy that she loves doing things like this. 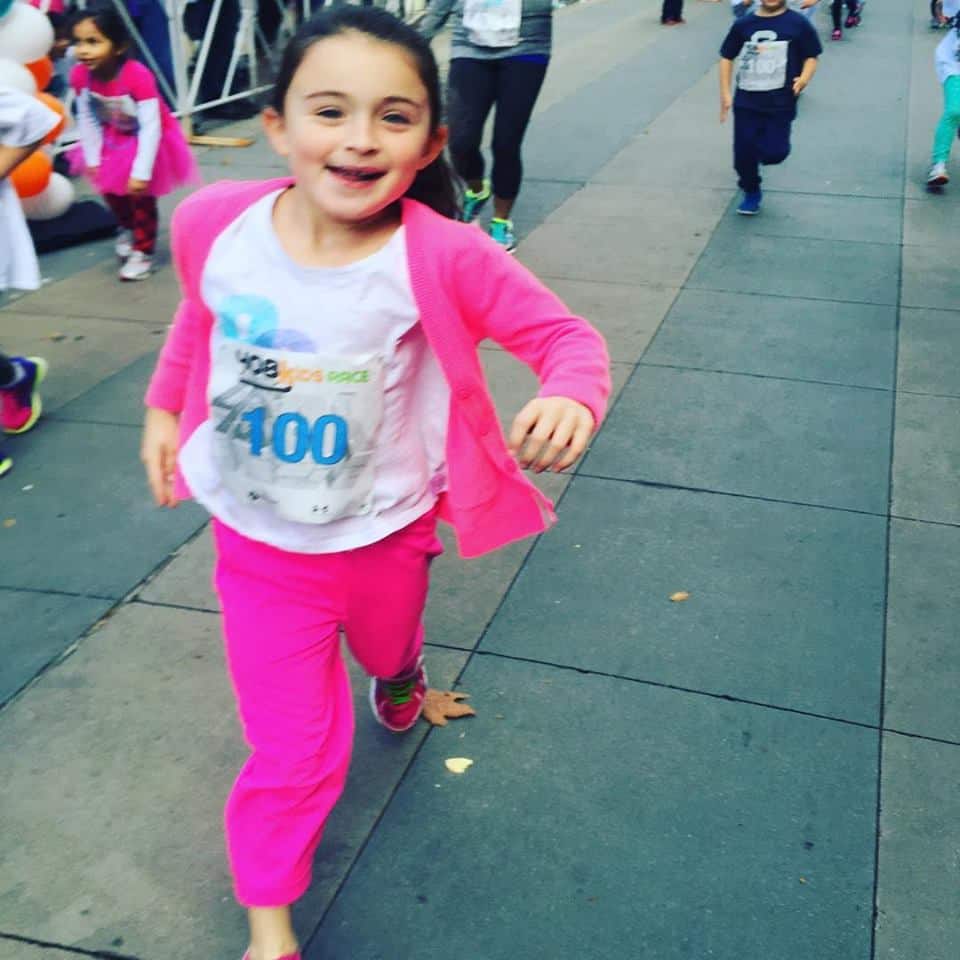 Little Monkey loves this race because the kids get an actual metal medal and it is a fun little run. 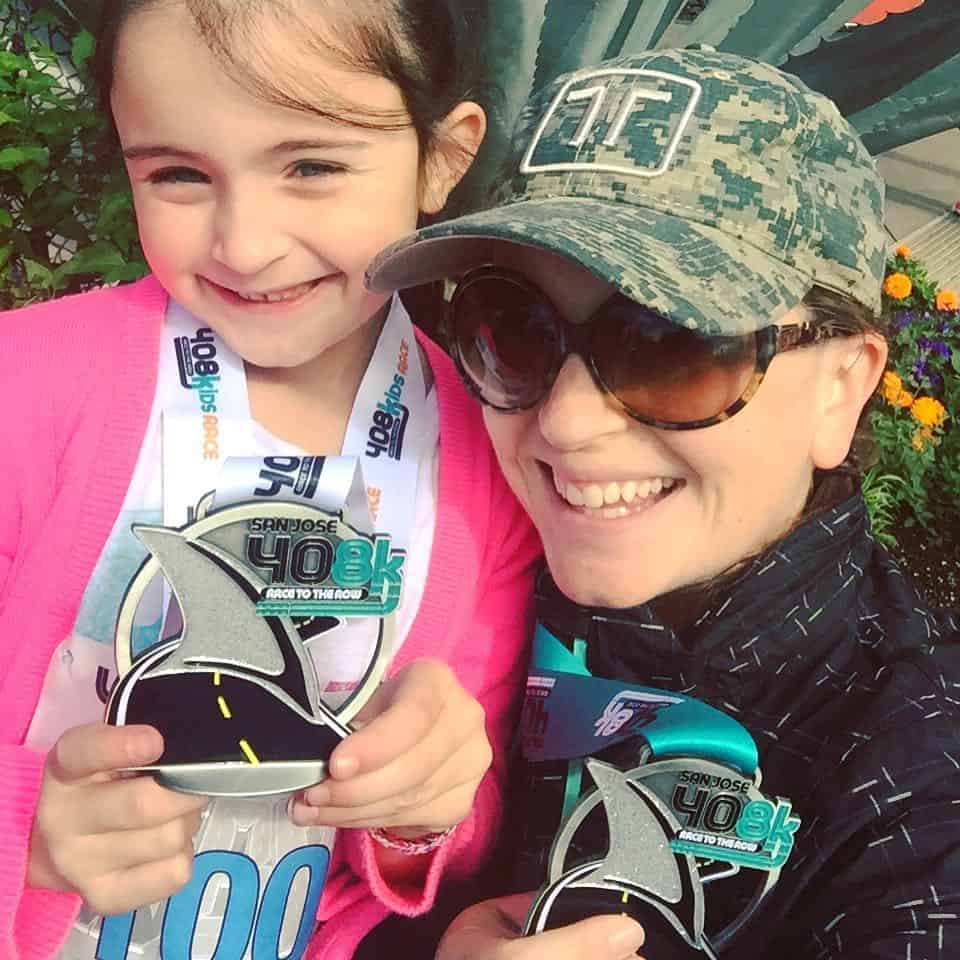 We had a great day and the rain held off long enough for the races.  Just as we started to head home the rain started again.

The 408k was the first of 3 races in the Run The Bay Challenge. The other 2 races are later this year and they all offer a remote runner option! If you want to register use code Represent2016EC for a discount.