Now that runDisney has added a 10k to the mix at Tinker Bell Half Marathon in January, is anyone rethinking their game plan?  I don’t normally run the 5ks at the race weekends, but now that there is a 10k it is very tempting to me to run all 3 races.  Here is the weekend schedule:

Tinker Bell Half Marathon
Disneyland Resort and the City of Anaheim
5:00 a.m. on Sunday, January 19, 2014
Keep in mind that last year this race sold out really fast and what we have been seeing is that the runDisney races have been selling out faster and faster every race, especially the ones that take place at Disneyland.  If you want to run any of the races I would register ASAP and not wait.  Registration opens at noon eastern time, 9am pacific.

Here is the link to runDisney.com Tinker Bell Info and Registration.

The next question is what to wear for the Tinker Bell Half Marathon, 10k and 5k?  I already have a few ideas up my sleeve.  Here is what I wore last year. 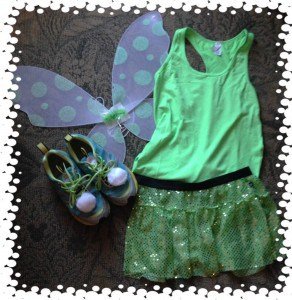 Are you planning to run one of the Tinker Bell events?  Any thoughts on costumes?