I’ve said this before, please don’t hate me, I’m not really into Star Wars.  I don’t dislike it, but just not really into it.  So when the runDisney Star Wars races were announced I was excited about a new race to run at Disneyland, but the theme wasn’t super exciting to me.  I decided to embarrass my inner force…or something like that and just go with it.  With any new races I’m never entirely sure what to expect.  I headed out to the Star Wars 5k this morning, which had a 5:30am start time.  I met up with Jindy, who writes the awesome blog Flowers Croon (@IrunDisney). 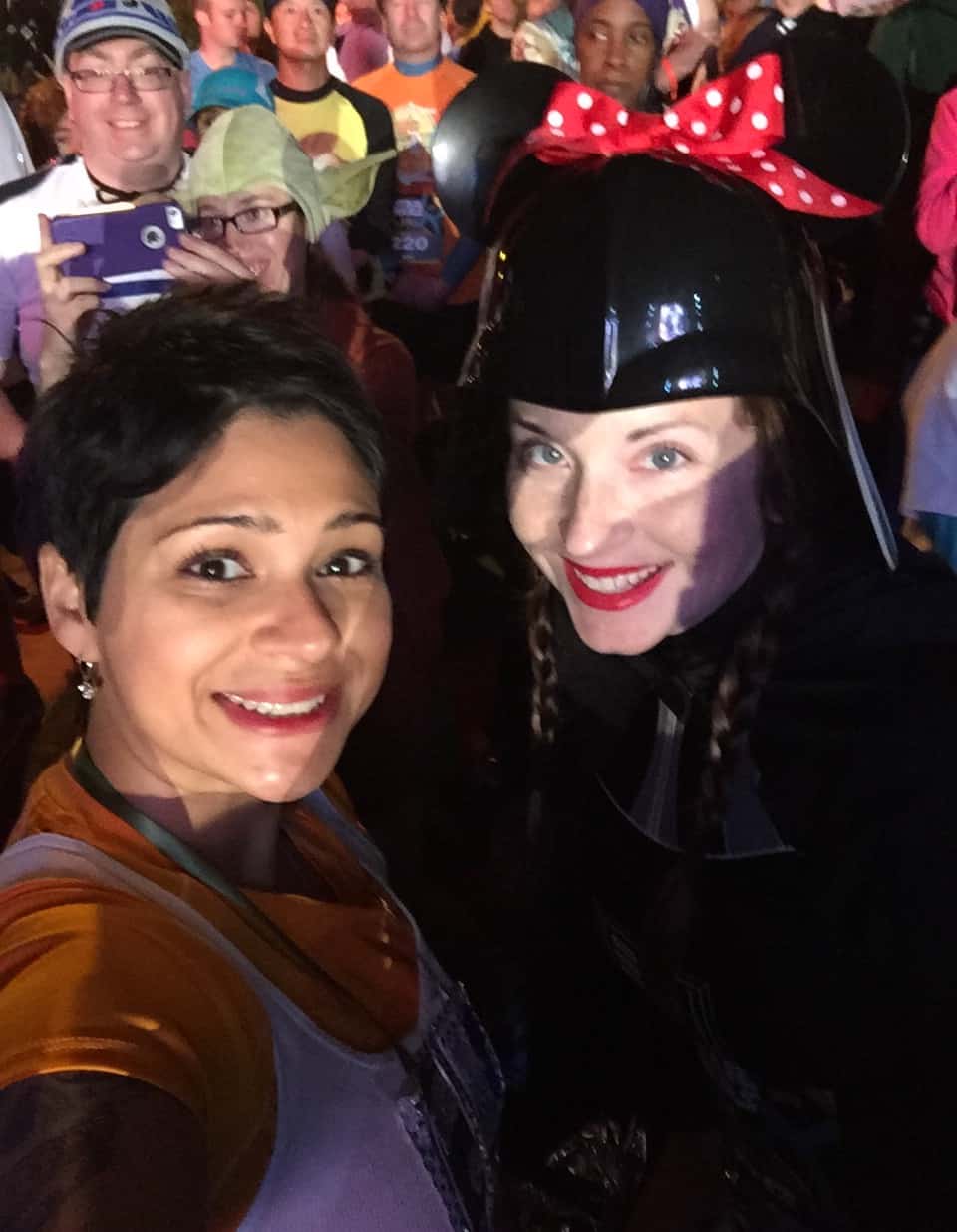 I dressed as Minnie Vader, a distance cousin of Darth. 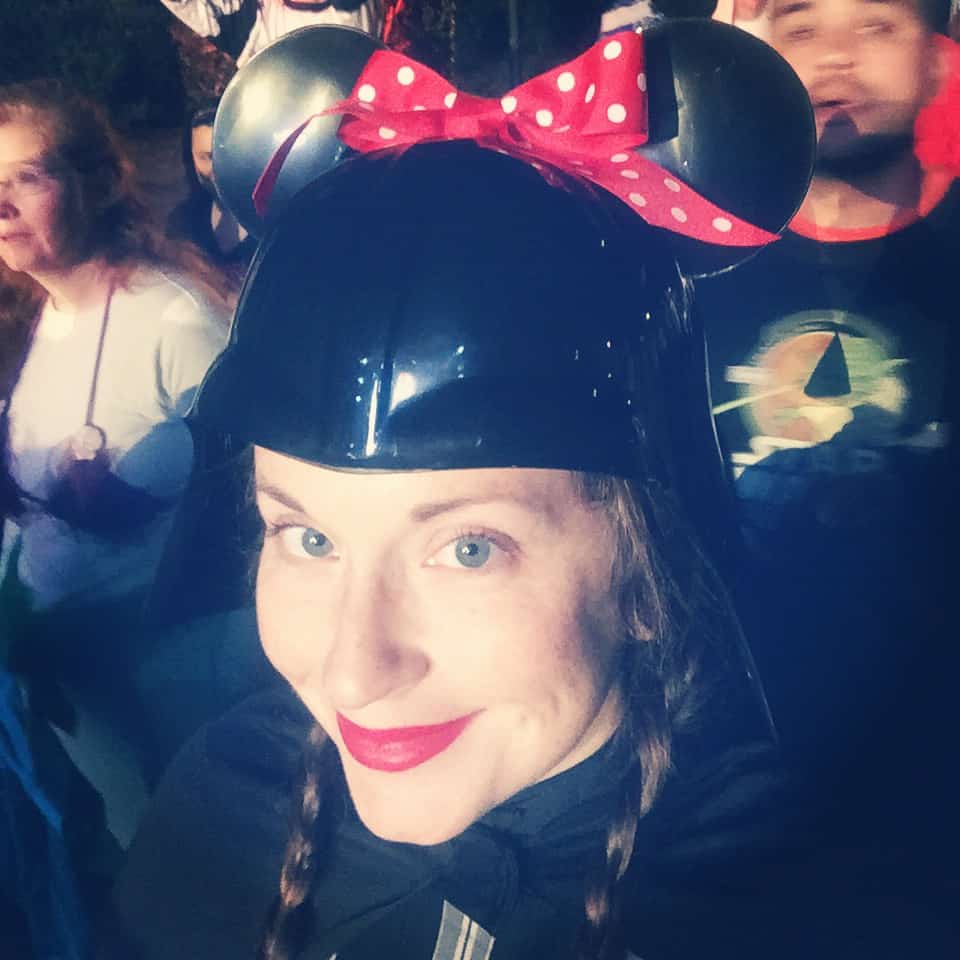 C3PO and R2D2 joined Carissa and Rudy onstage to start the race. 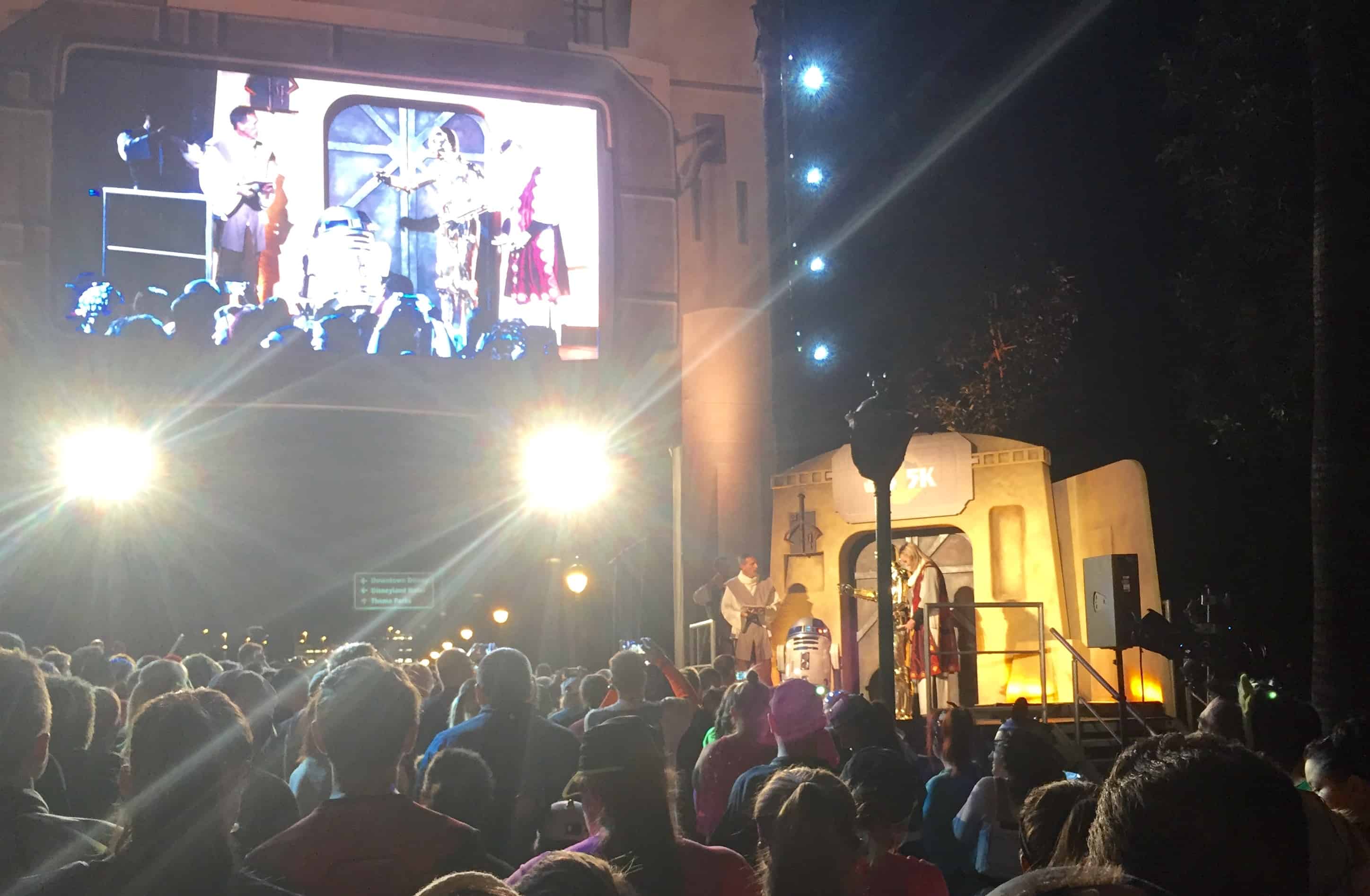 We ran through the backstage area and entered the park back in Toontown.  I found some Stormtroopers along the way. 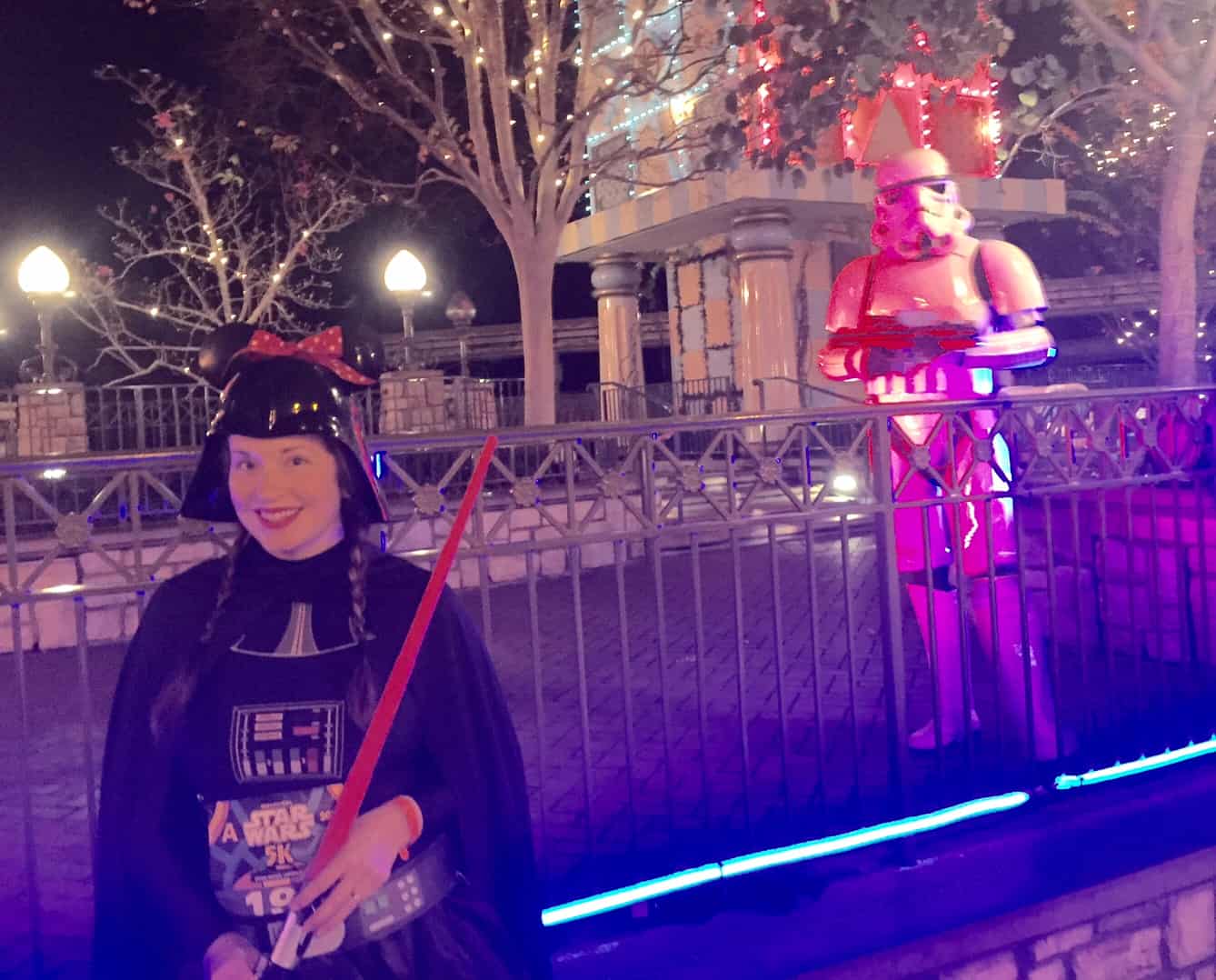 A picture with the castle is a must in any runDisney race. 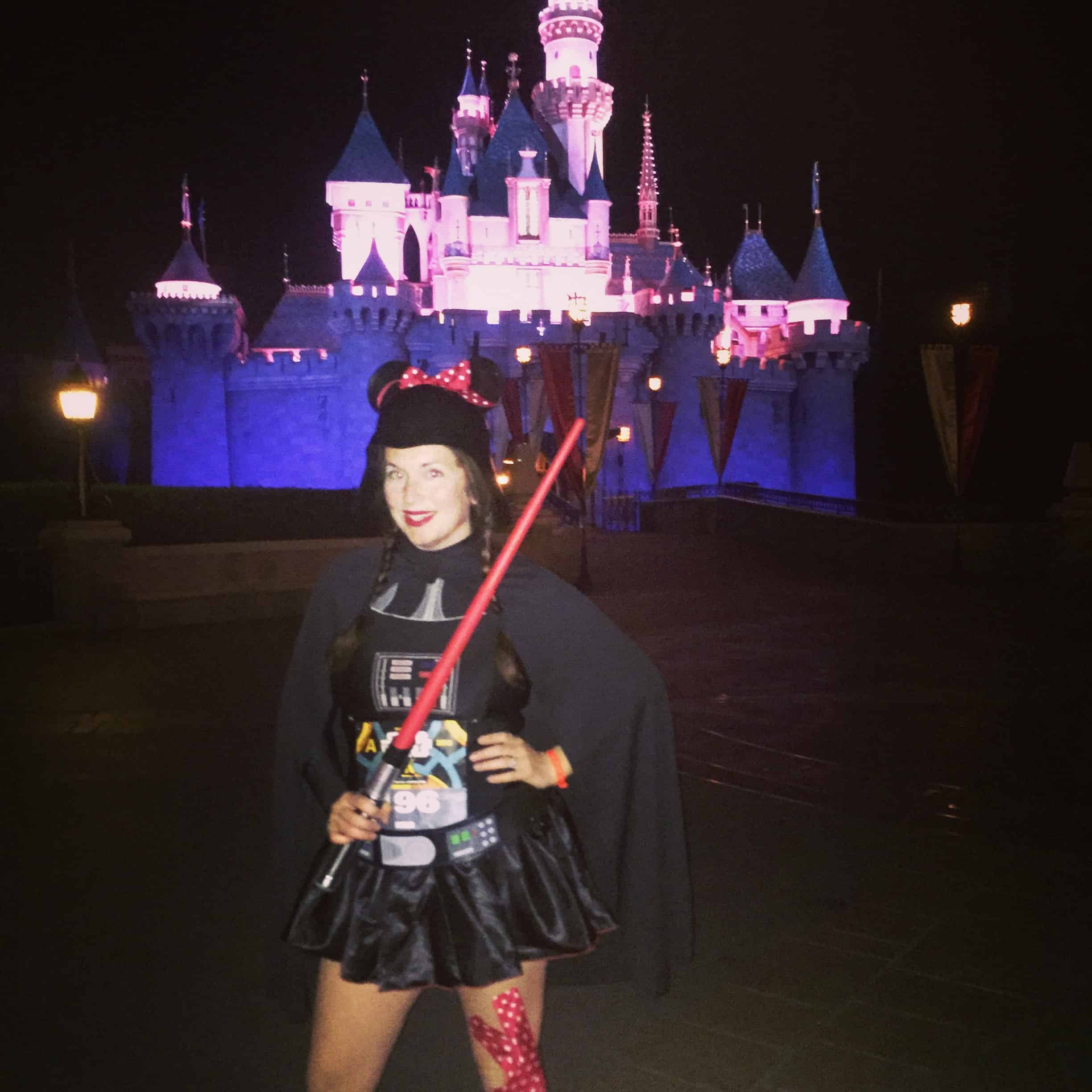 Chewbacca was there, but his line was the longest I have ever seen.  I was told it was at least a half hour wait, so I kept running.  We stopped for pictures with Darth Vader when we found him in Tomorrowland. 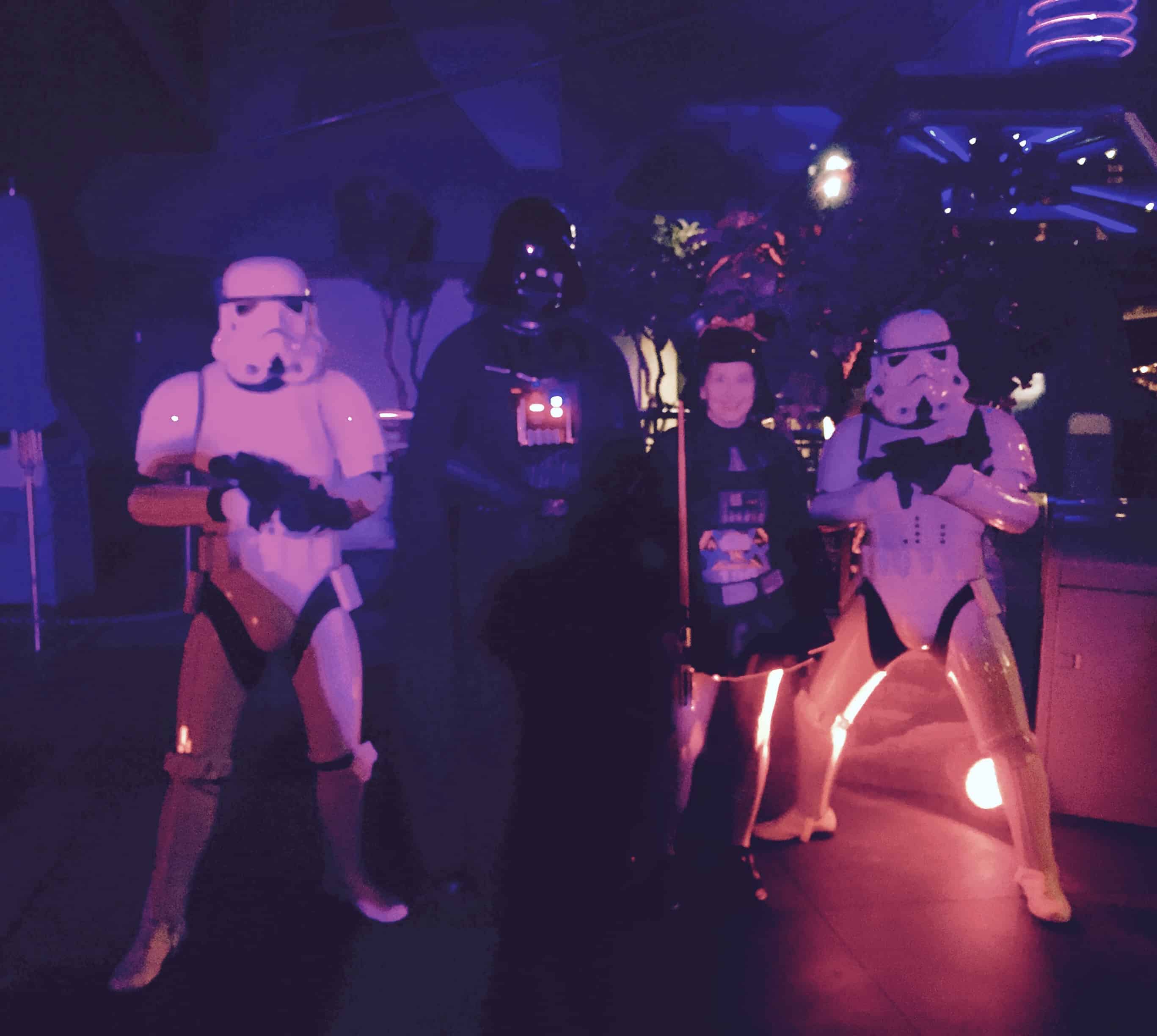 We made our way down Main Street USA and out of Disneyland.  Over in California Adventure there was definitely a lack of characters.  The only ones out were some characters I didn’t know from the Star Wars Rebel show.

I finished and got my medal.  I had fun, but I didn’t feel like it was a little anticlimactic for some reason.  Like most runDisney 5ks the course was really congested and it was hard to actually be able to run in spots.  I’m excited for the 10k tomorrow and the half on Sunday. 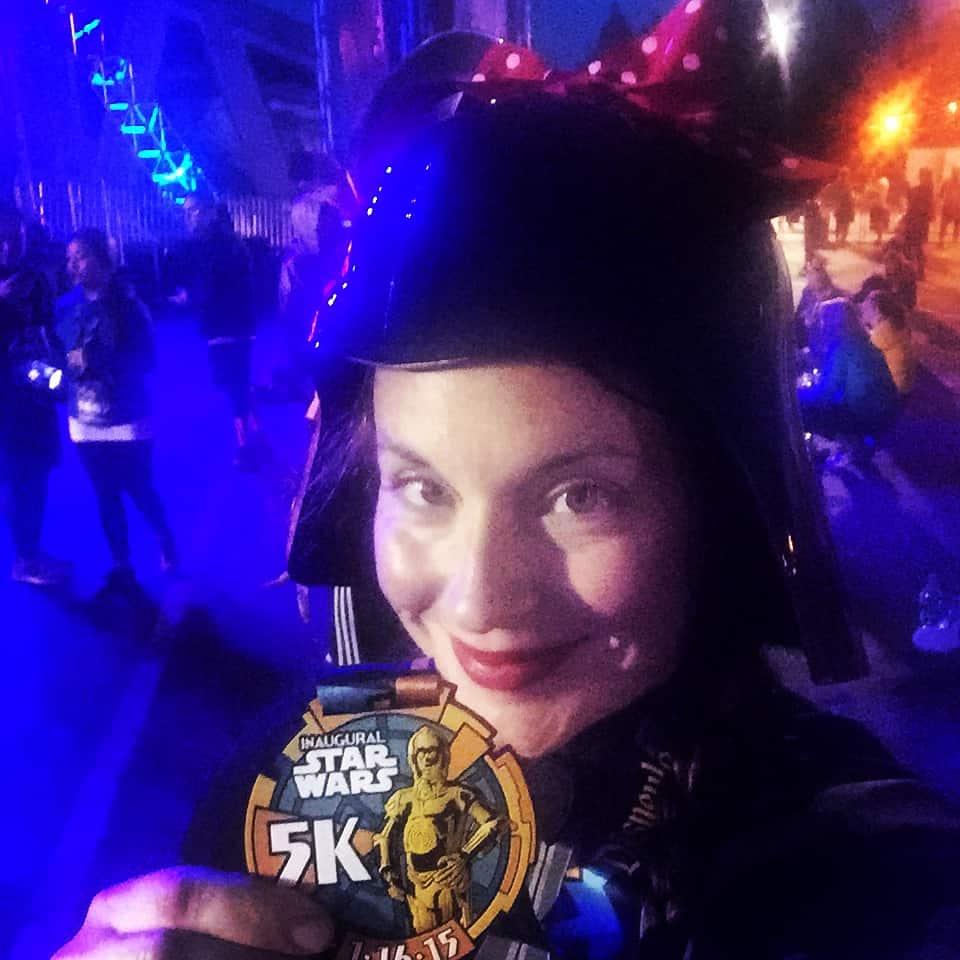 Did you run the Star Wars 5k?  Thoughts?