I ran the the 2015 runDisney Princess Half Marathon as the second part of my Glass Slipper Challenge.  I made my run costume and for this race showed a little bit of my villain Disney side.  Since I have already dressed as almost all the princesses I figured Ursula would be fitting for the race.  I was flying home the same day and the Magical Express was picking me up at 10:45am from my hotel, so I knew I needed to be done running, on the bus to hotel, showered, packed, and outside by 10:45.  The Princess Half started at 5:30am.  There is something about the fireworks at the start that really gets the adrenaline pumping. 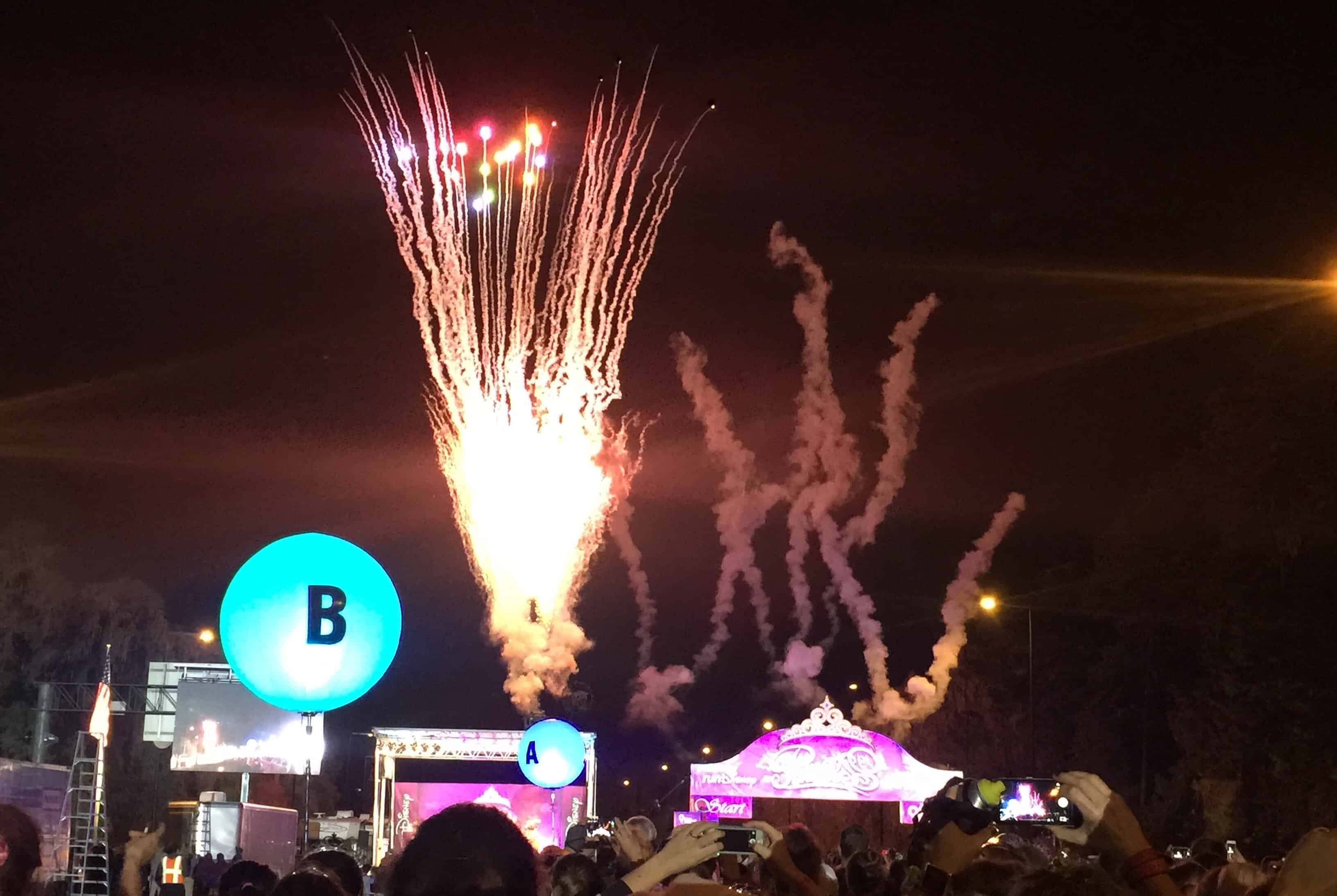 The first characters along the way are always Captain Jack and Barbosa.  I didn’t stop since their line was really long.  Right by the Magic Kingdom Toll Plaza was a collection of princes.  They had a long line, but I had to stop.  I love the soundtrack that they have playing every year with them.  Remember from Footloose the “I need a hero” song?  Yep that one and Salt’ N Pepa’s “Whatta Man”.  Awesomeness… 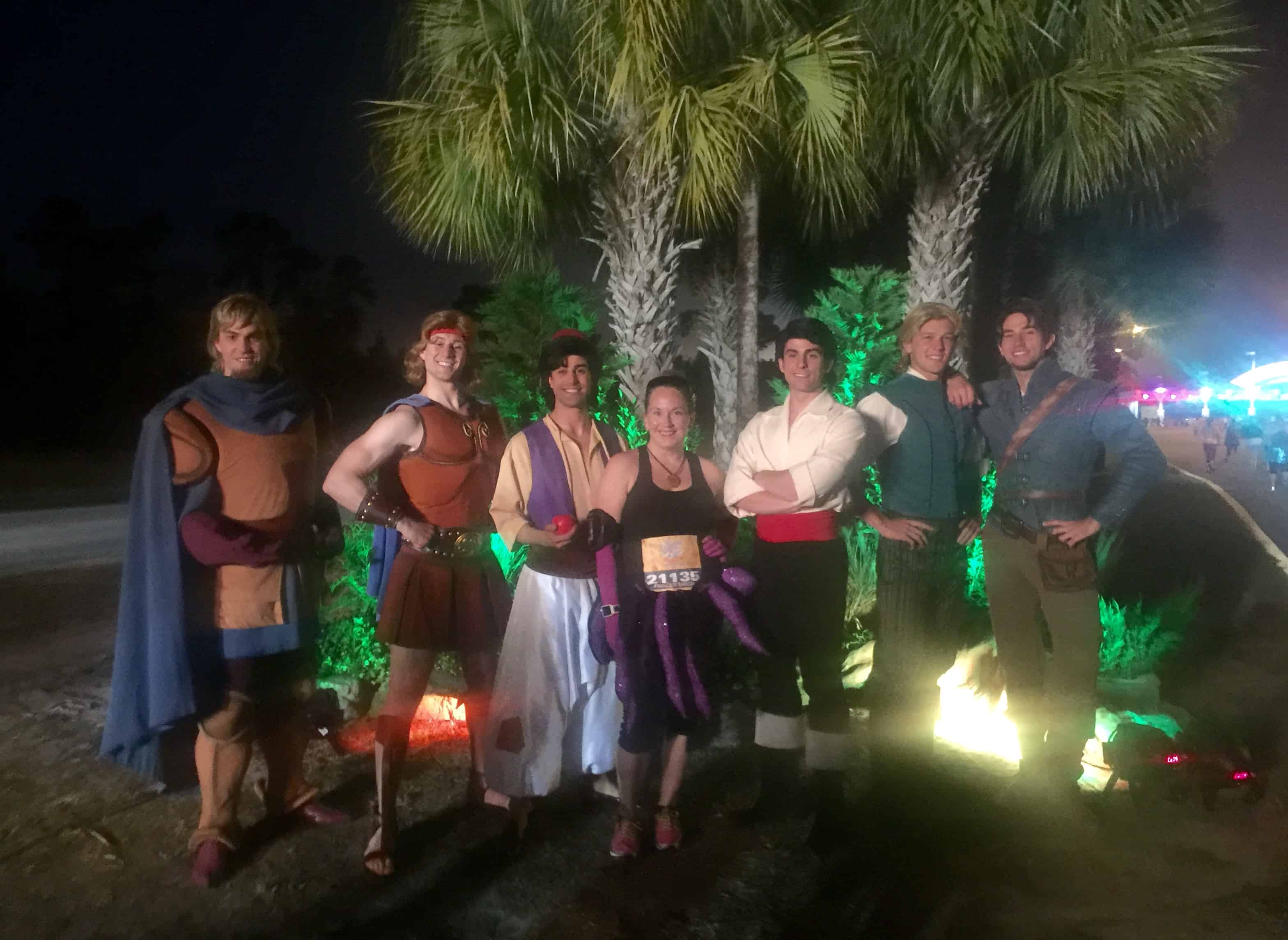 A selfie at the toll plaza. 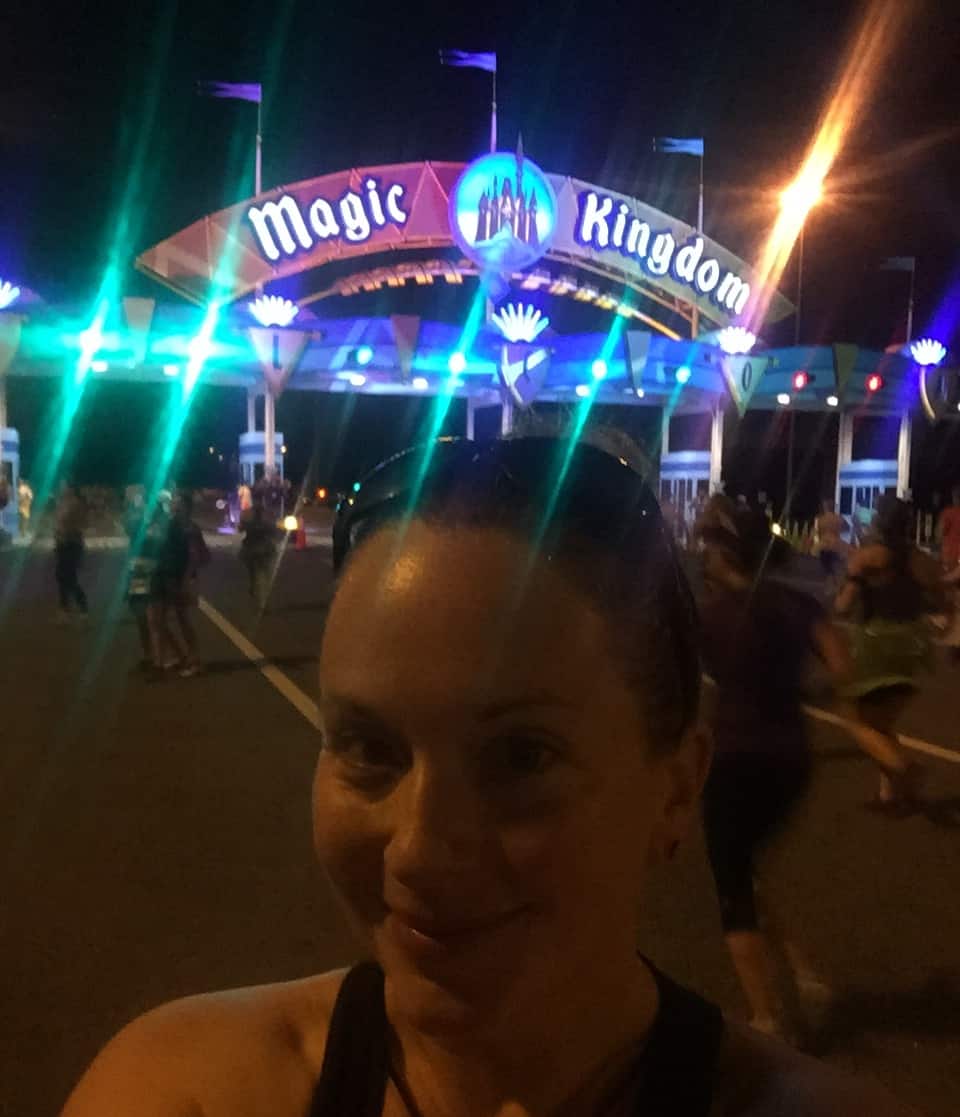 In the Magic Kingdom parking lot I waited in THE LONGEST LINE EVER for pictures with my people, a.k.a. other villains. 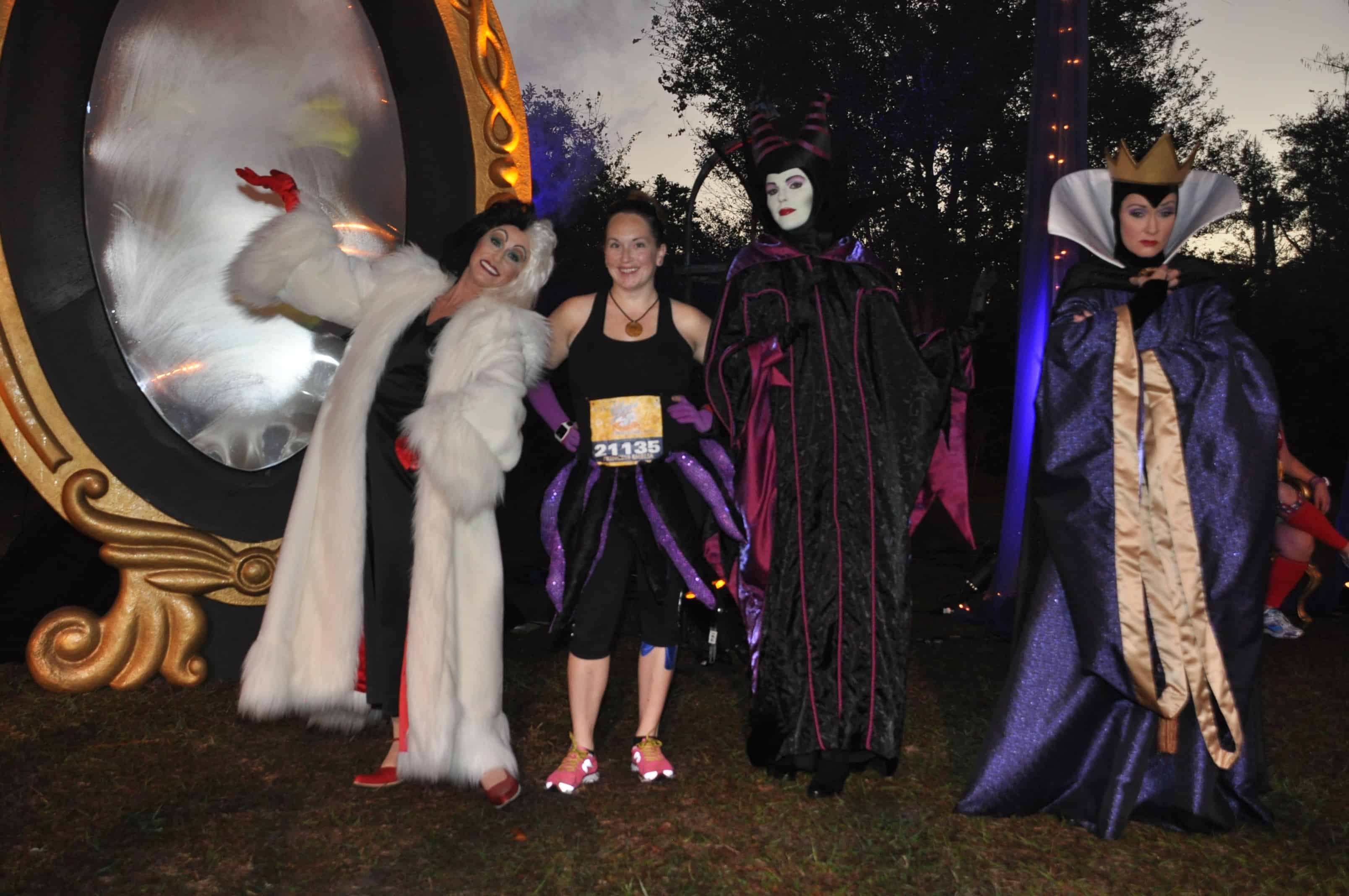 We entered the Magic Kingdom which is of course, everyone’s favorite part. 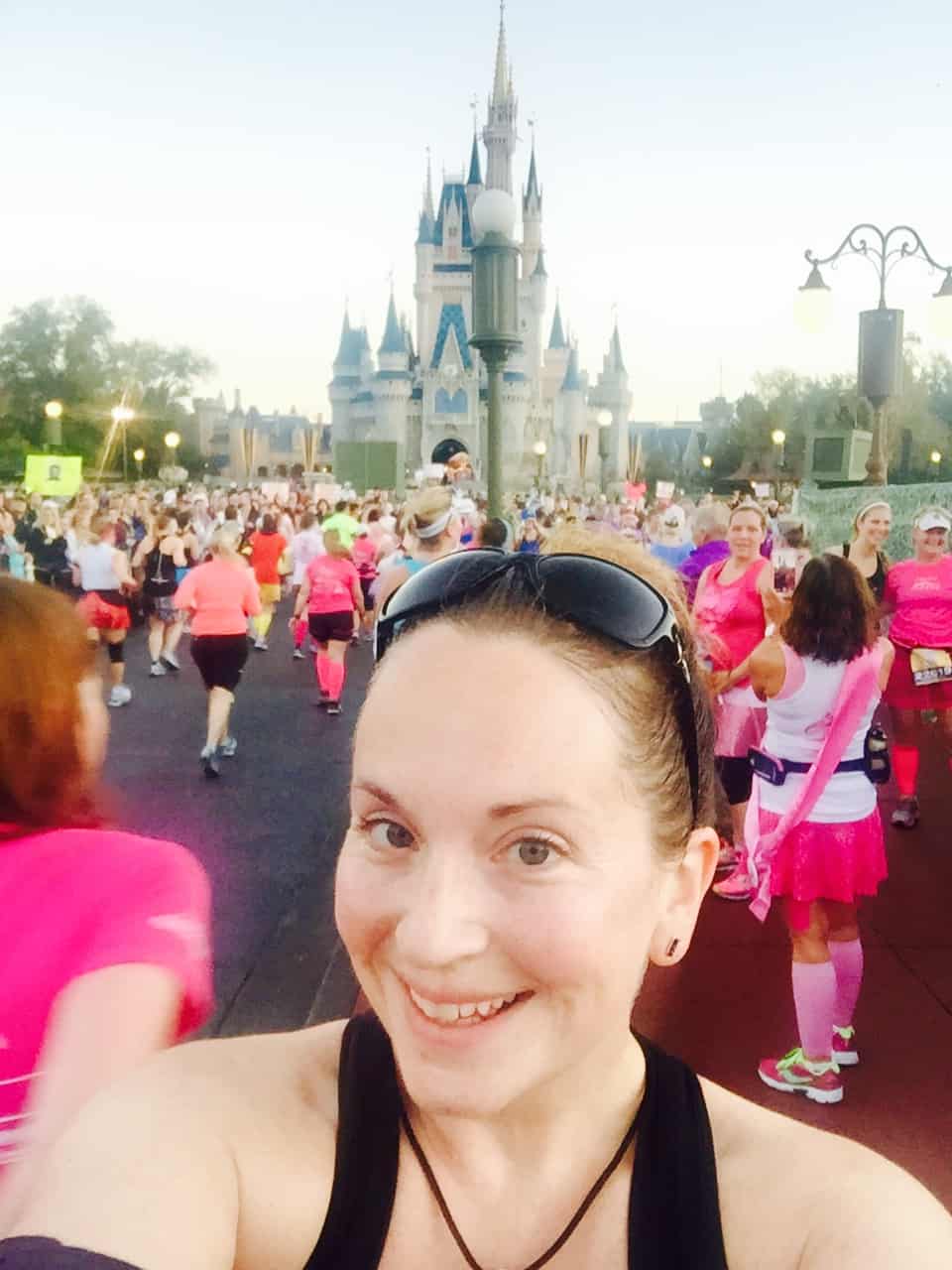 Buzz was in Tomorrowland, but again I was a little concerned about time.  I had to pick and choose the lines I would stop for.  Tweedle Dee and Tweedle Dumb were near the Teacups and the line was very short, so I stopped for that one. 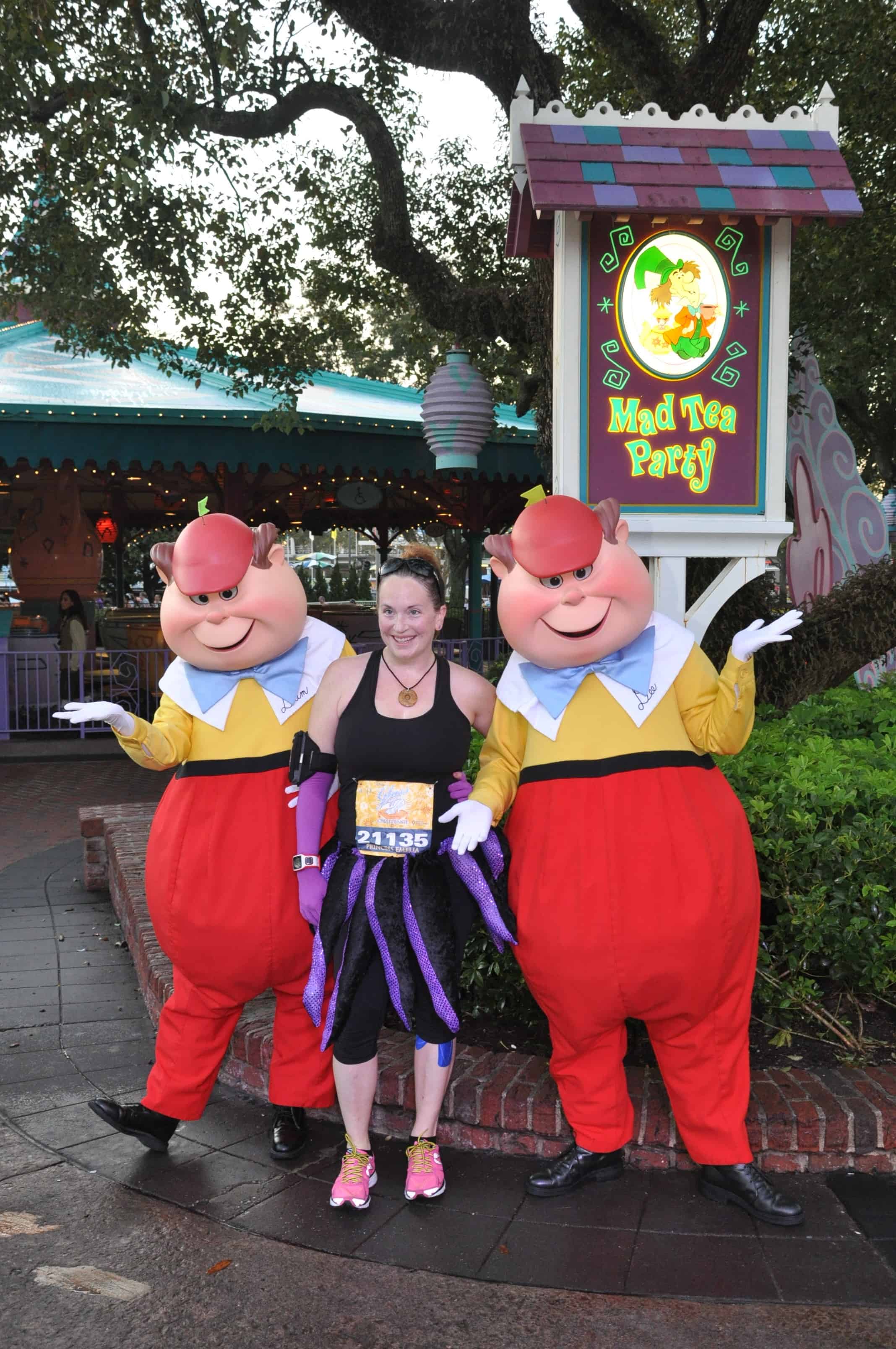 Look they actually got a picture of me coming out of the castle! 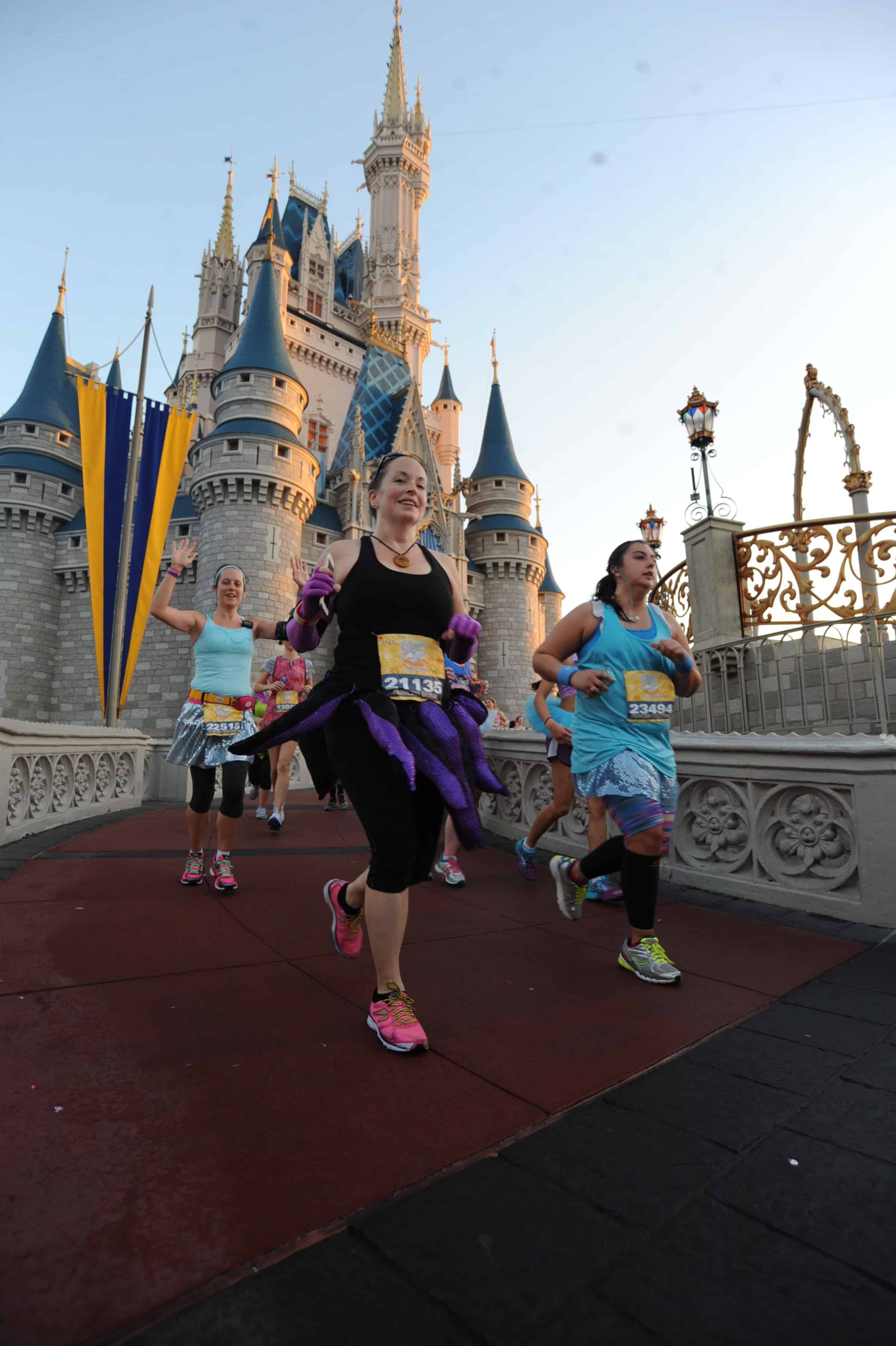 I really loved running in the Ursula costume.  A ton of ladies loved it and asked about how I made it. 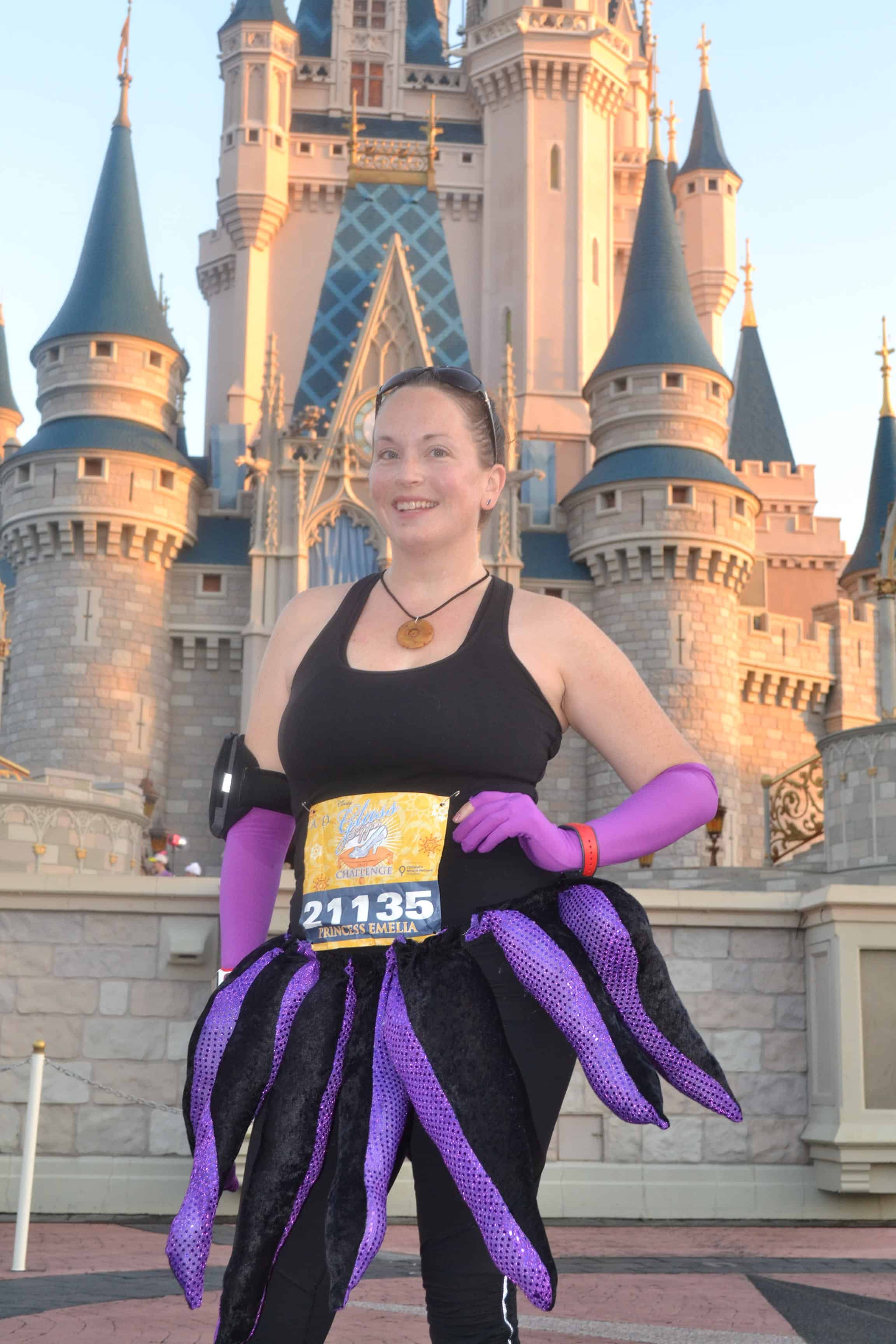 Woody was in Frontierland.  Surprisingly, his line was really short.

Sleeping Beauty and Prince Phillip were in the backstage area right before you exit Magic Kingdom, but again the line was long. 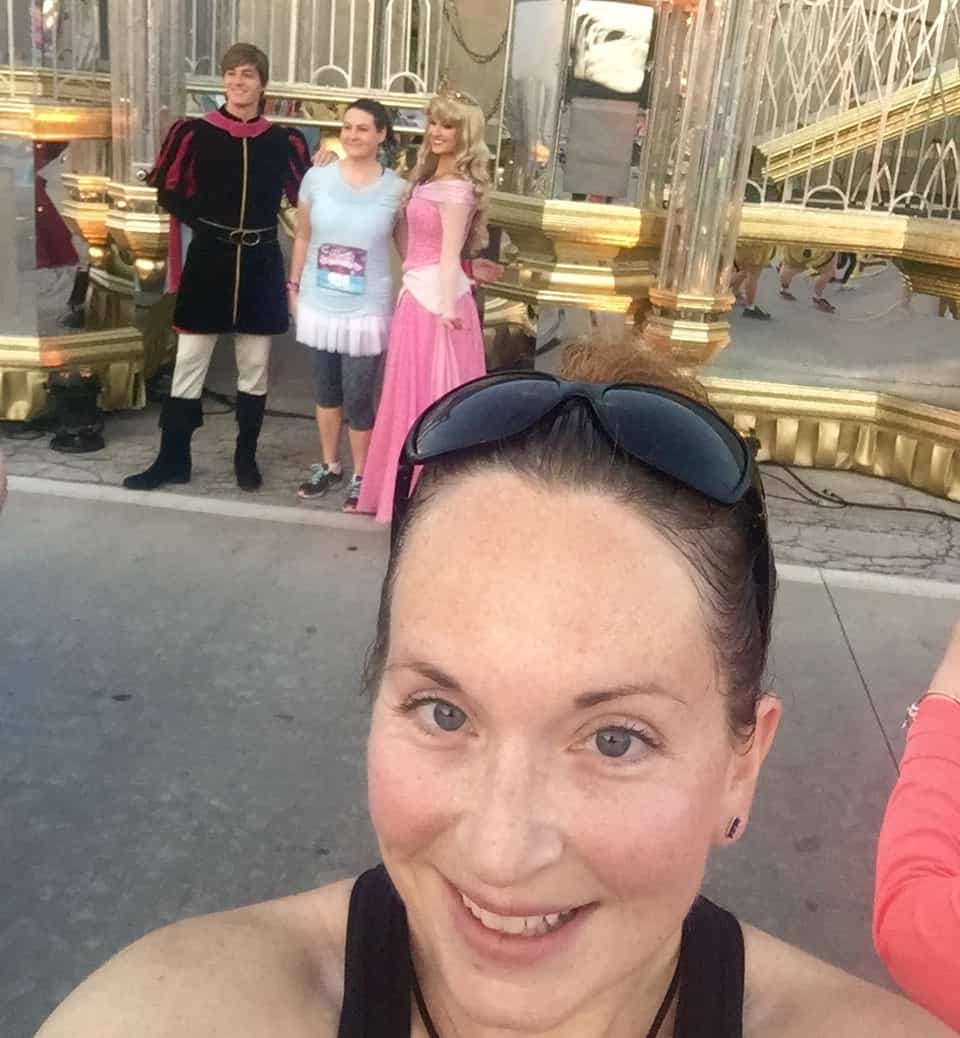 Near the Grand Floridian was Mary Poppins and I grabbed a selfie while running past. 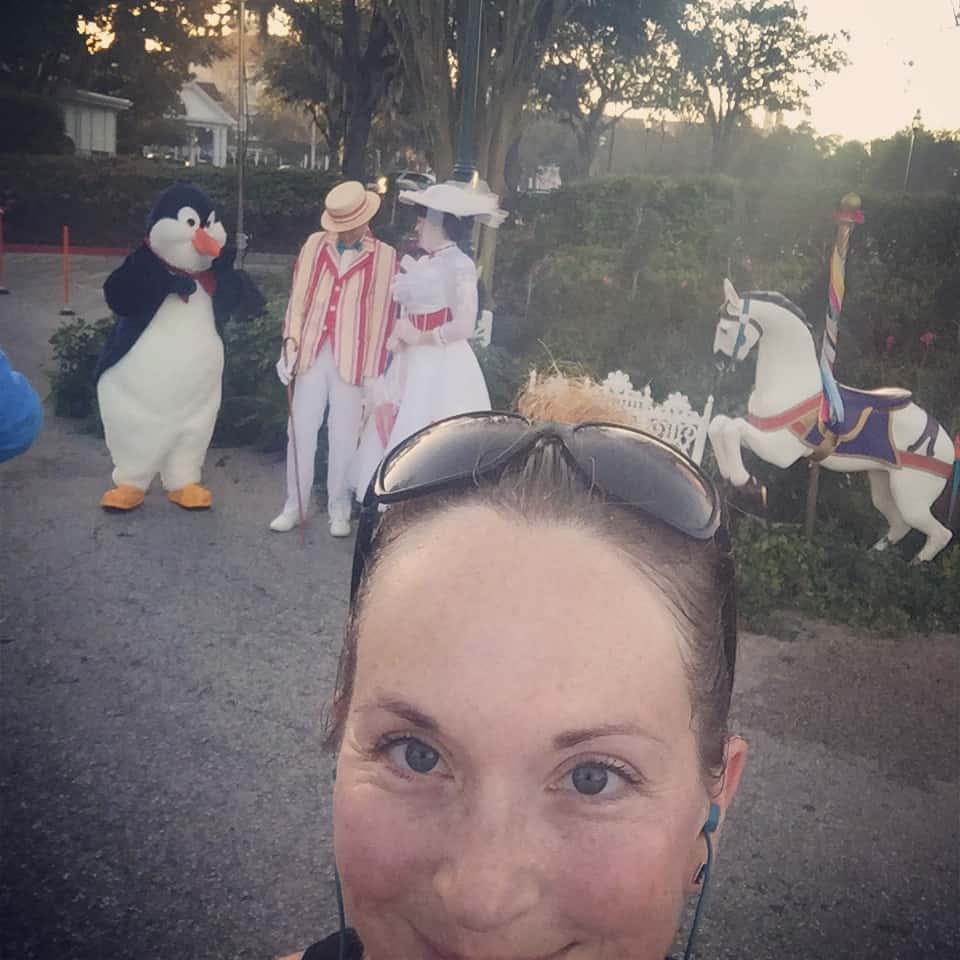 Along the road I found Genie in his vacation clothes!!! I was so excited.  That line is one I gladly waited in. 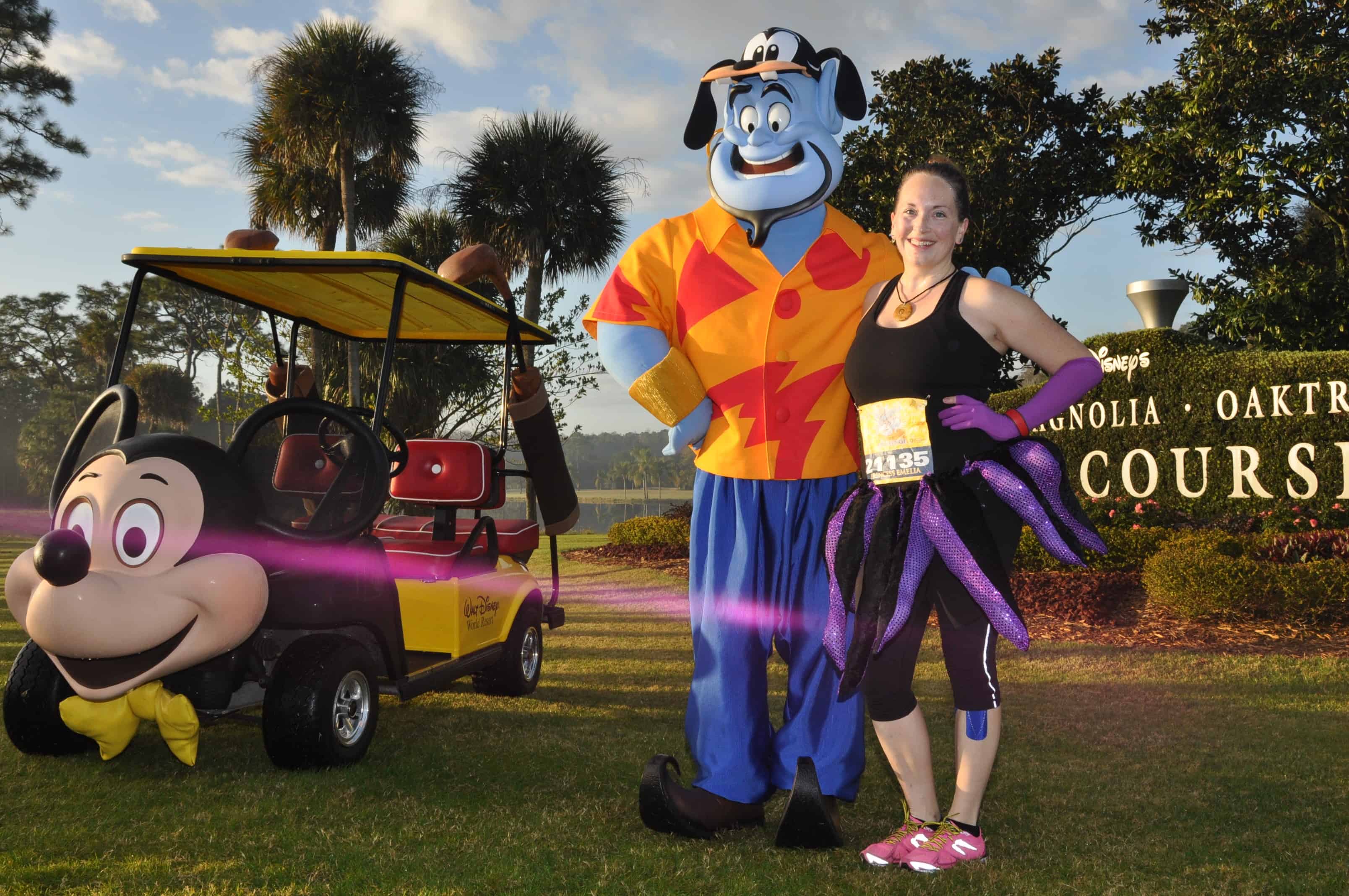 Princess Sofia was backstage right before we entered Epcot for the finish. 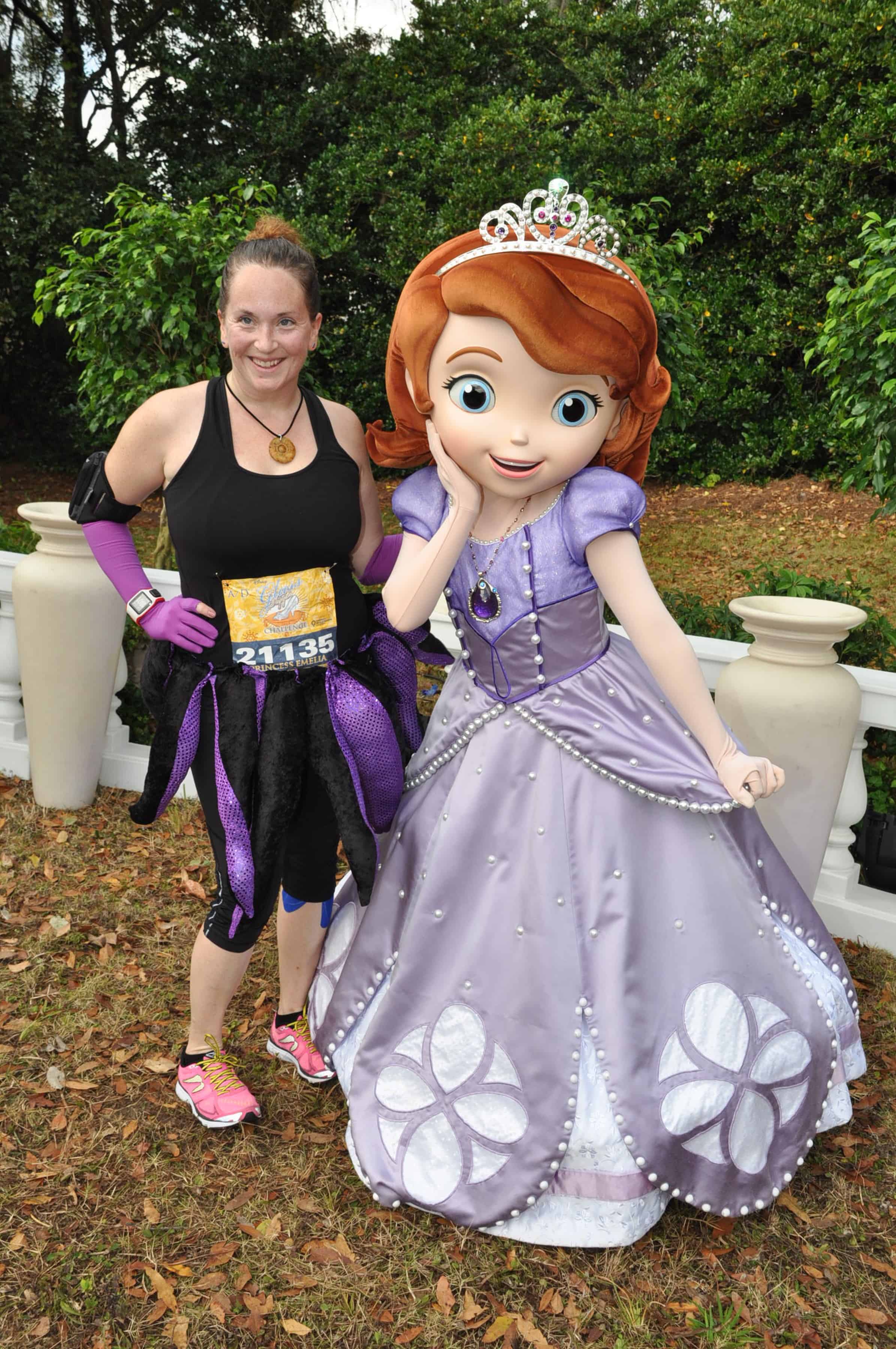 I felt great during this race and really enjoyed it.  My favorite part about the runDisney races is the people watching.  I will gladly run for 2 hours just to watch all the fun costumes that people come up with. 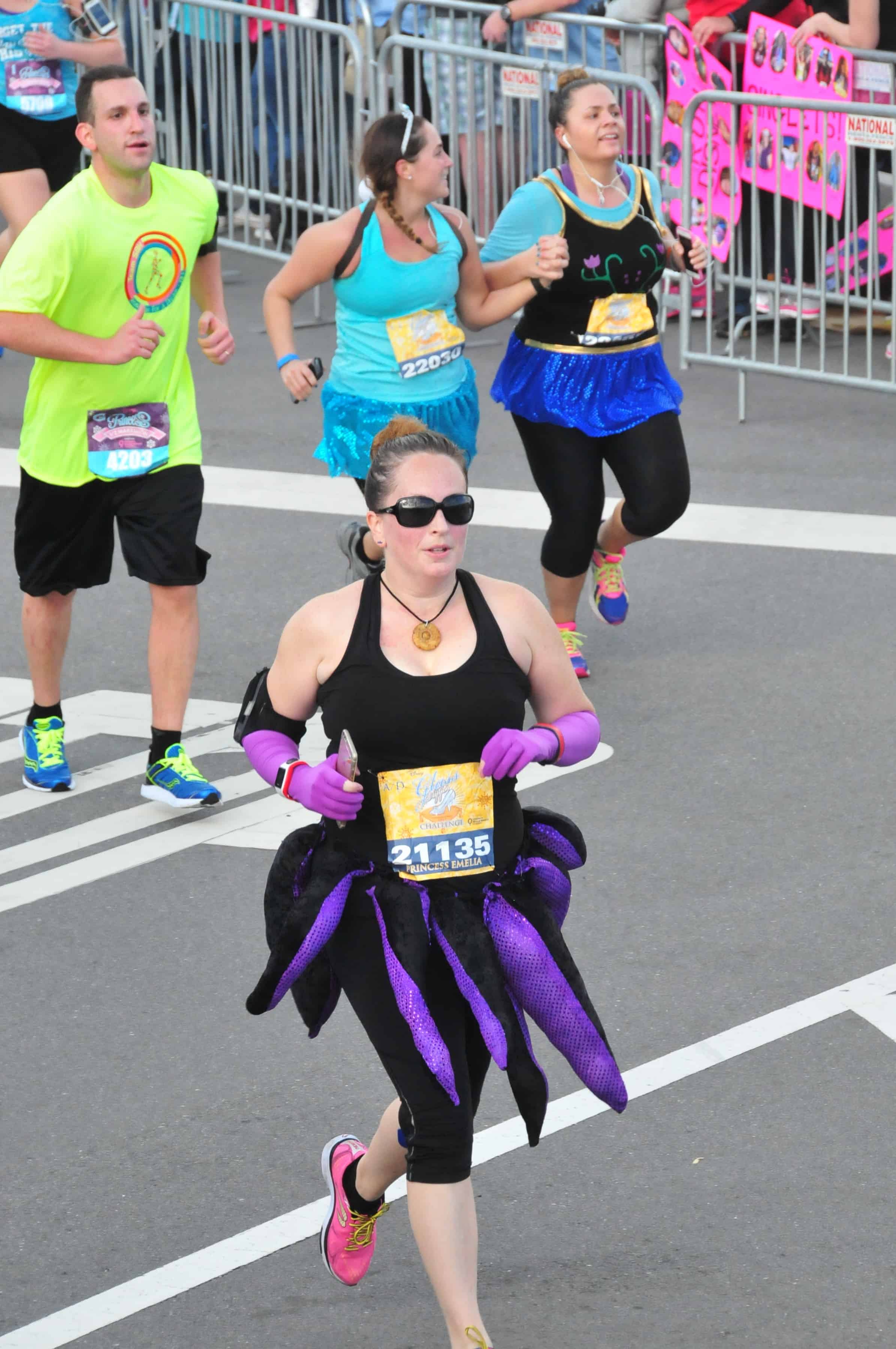 I earned my Princess Half medal and my Glass Slipper Challenge medal for completely the 10k the day before and the half. 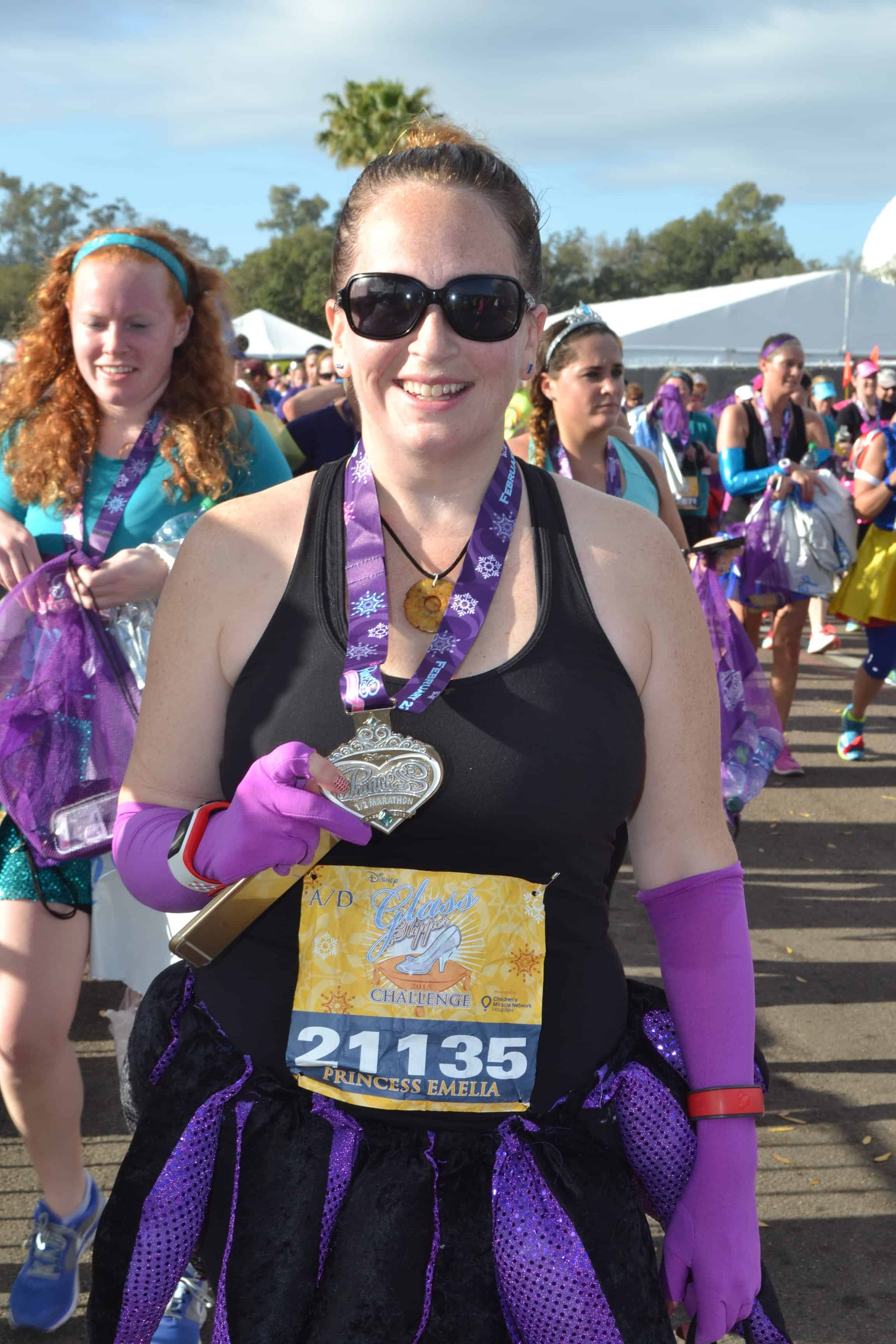 I made it back to my hotel, showered, packed, grabbed some snacks and successfully got on my 10:45 Magical Express shuttle.  The faces behind me on the Magical Express definitely show the mood of people leaving Disney World.  No one ever wants t leave. 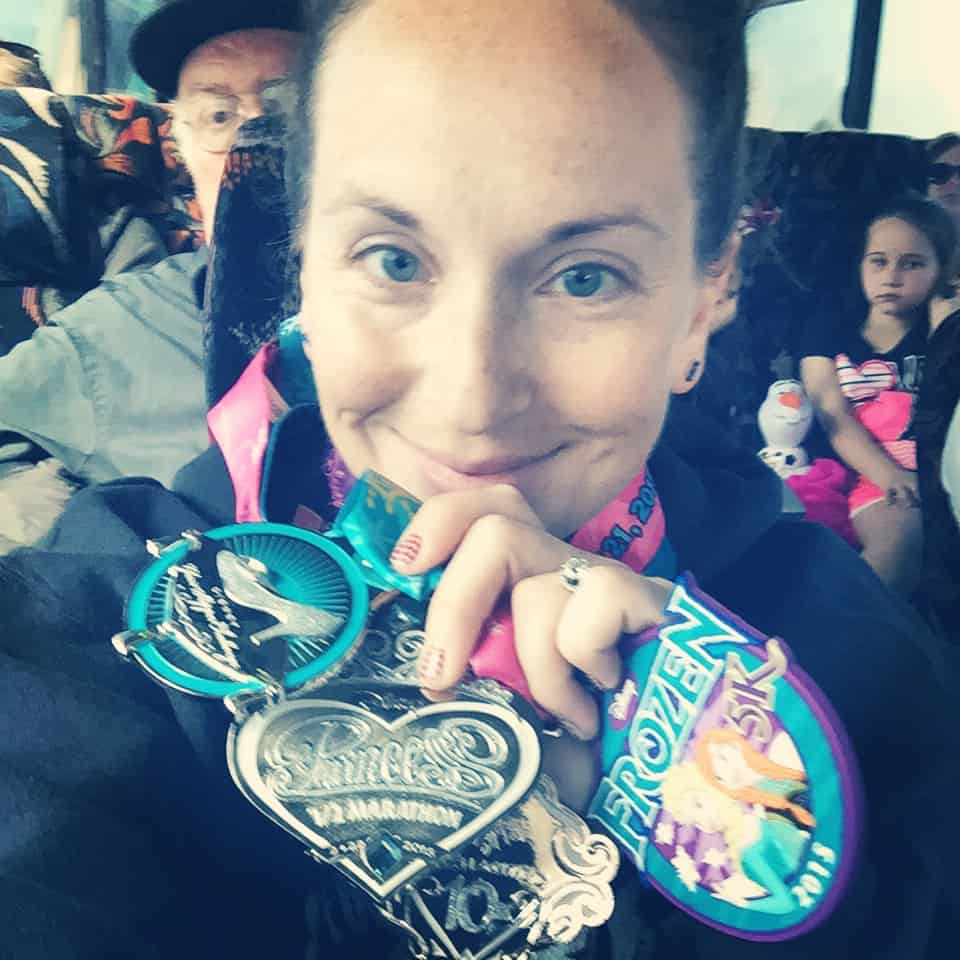 Did you run the Princess Half?