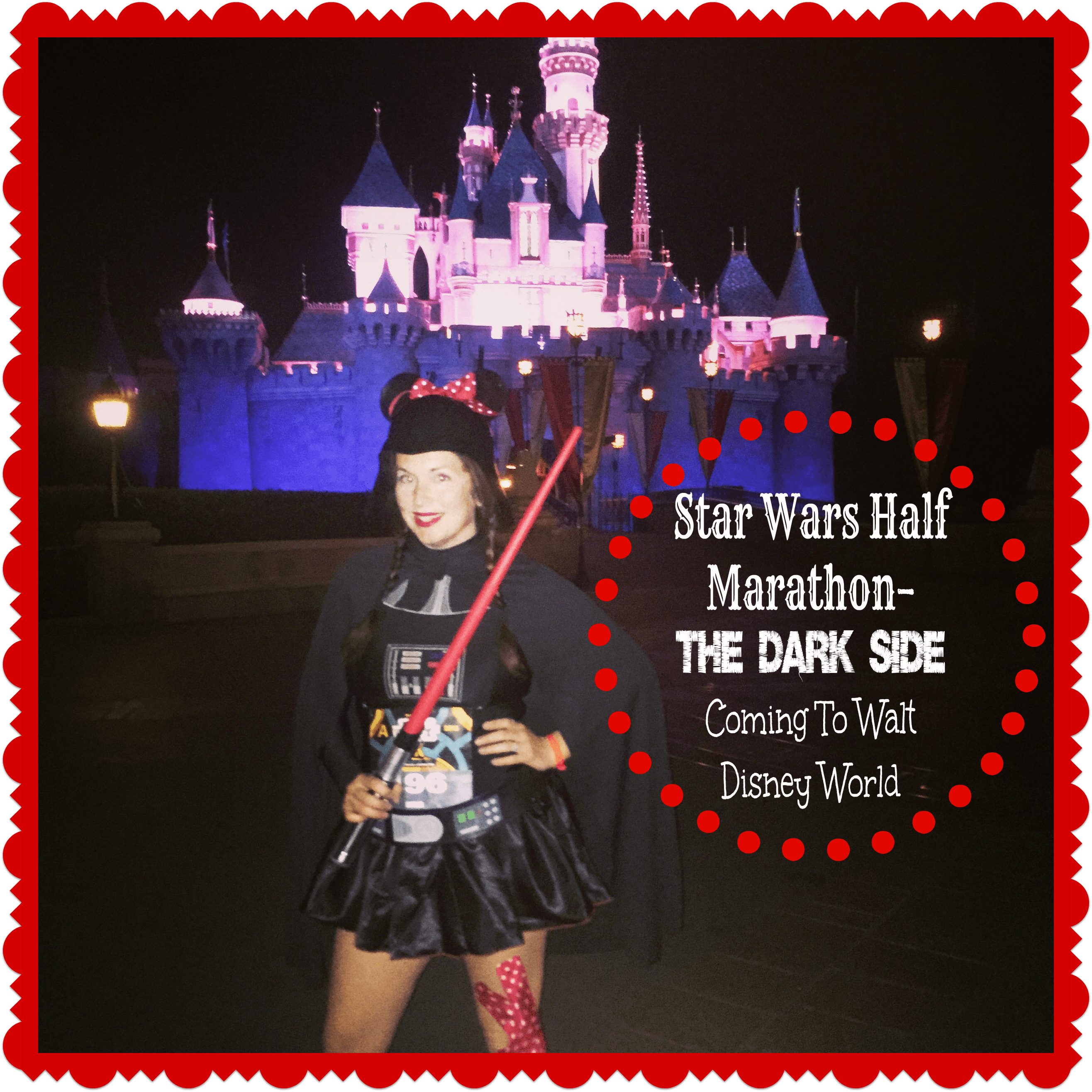 The rumor mill about this race has been going since before the announcement of the Disneyland Star Wars Races over a year ago.  After Expedition Everest Challenge had it’s final race this past May people assumed it would be to bring in Star Wars Disney World.  Today, runDisney officially announced the addition of the Star Wars Half Marathon Weekend- The Dark Side at Disney World!  It will be April 14th-17th, 2016.  The weekend will include a 5k, 10k, half marathon and kids races, including the ever popular challenge.