All About runDisney Kids Races 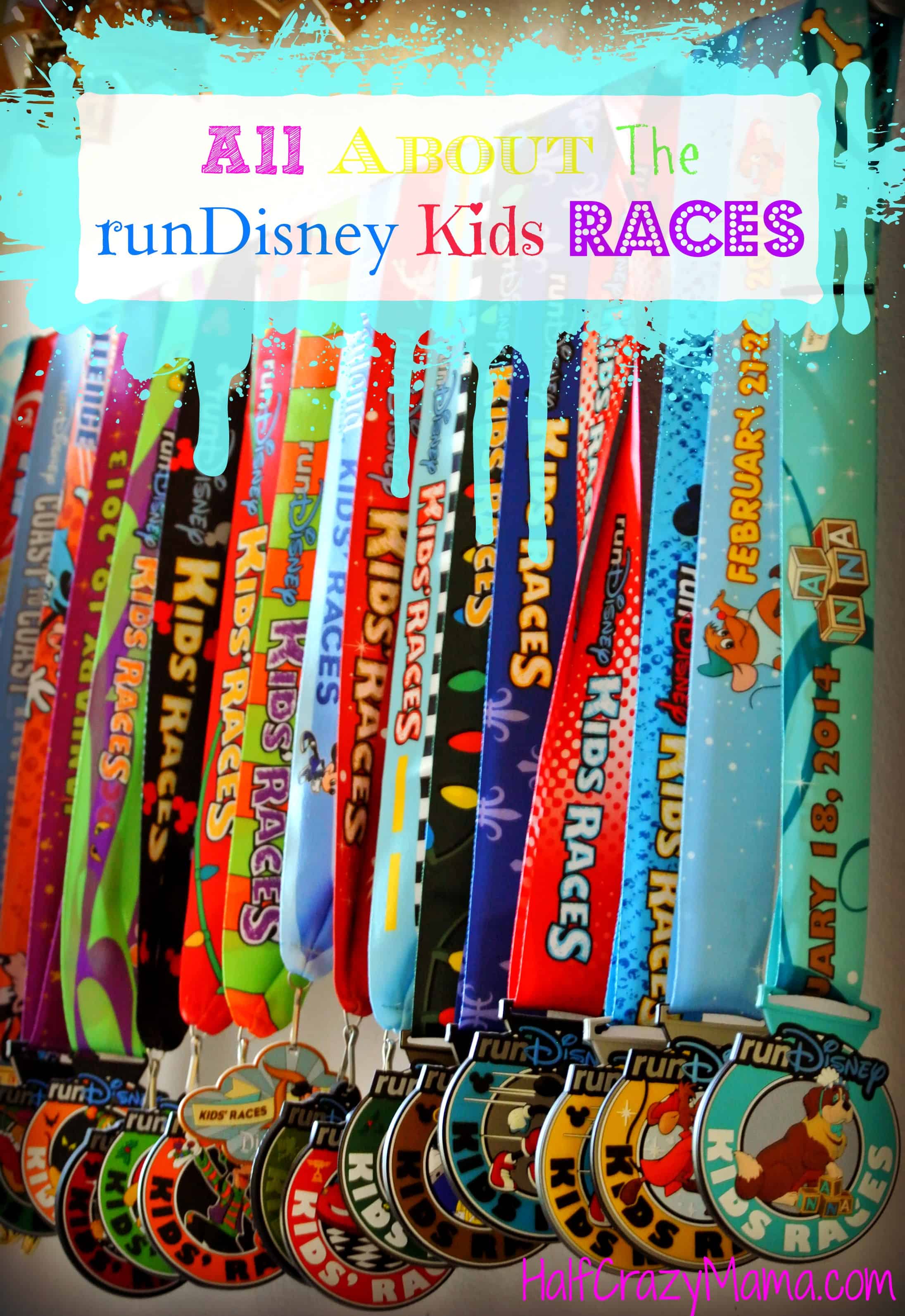 My daughter has been running the runDisney Kids Races since she was 17 months old. She loves being involved and I love sharing the gift of running (and Disney) with her. I didn’t really know what to expect at the first Kids Race though, so here is some information for you parents in the same boat. 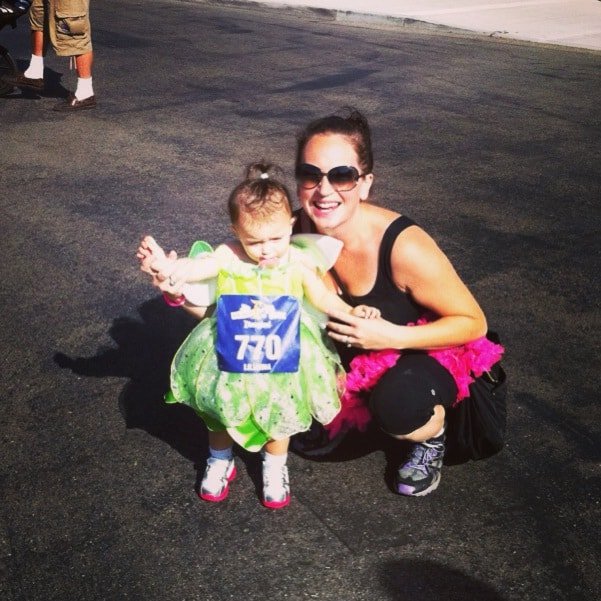 1. The kids races are broken up by kids age which corresponds to the distance they will run. While each age group doesn’t take that long to run all the races, it takes long enough for the kids to get antsy, just an FYI. Maybe bring something or snack to keep them occupied. 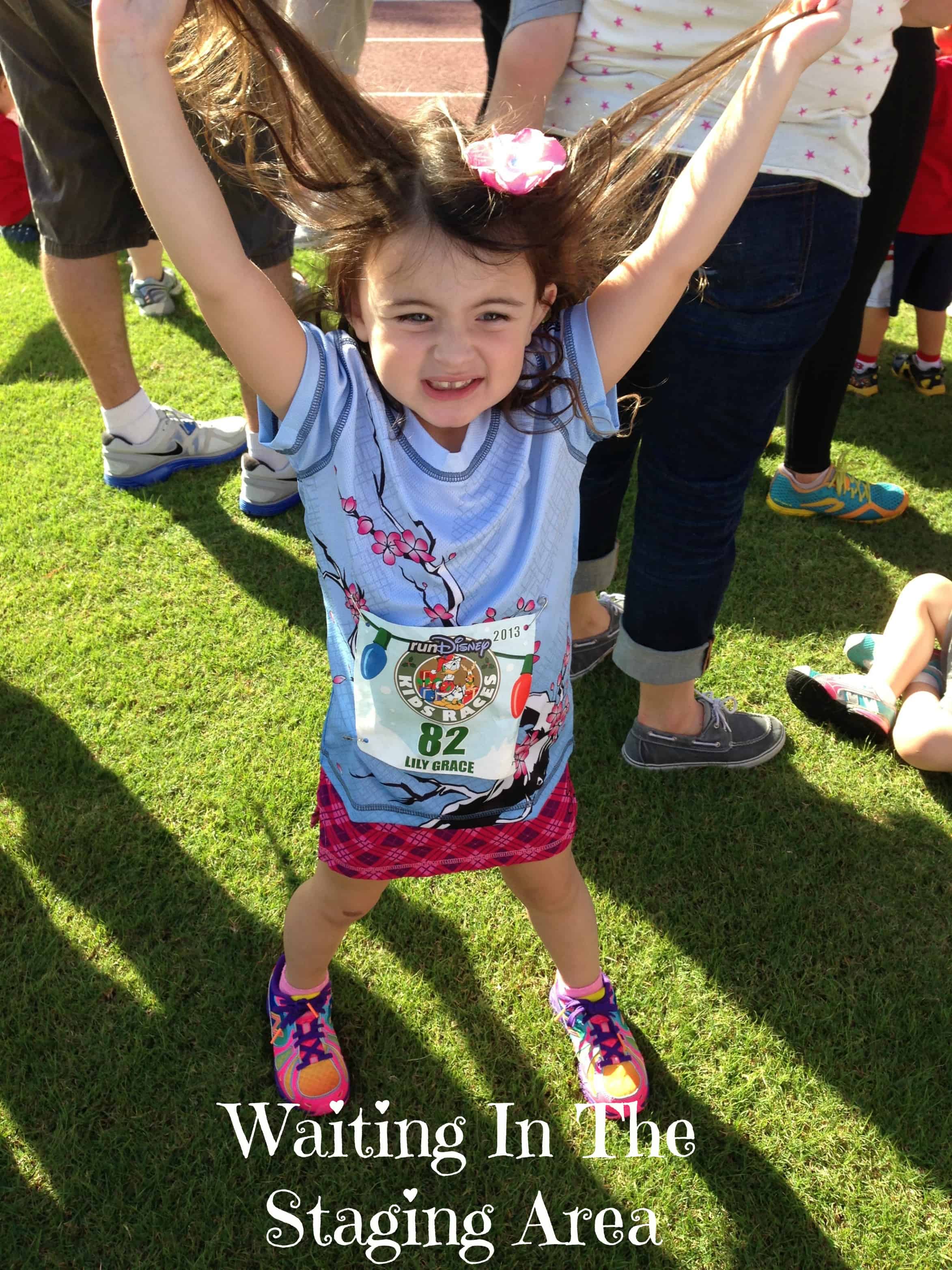 2. They don’t have the whole age group run at once. They send off in waves of about 20 kids at a time.  It takes a little longer than one would think, but this way no one gets trampled because there are A LOT of kids running in each age group. 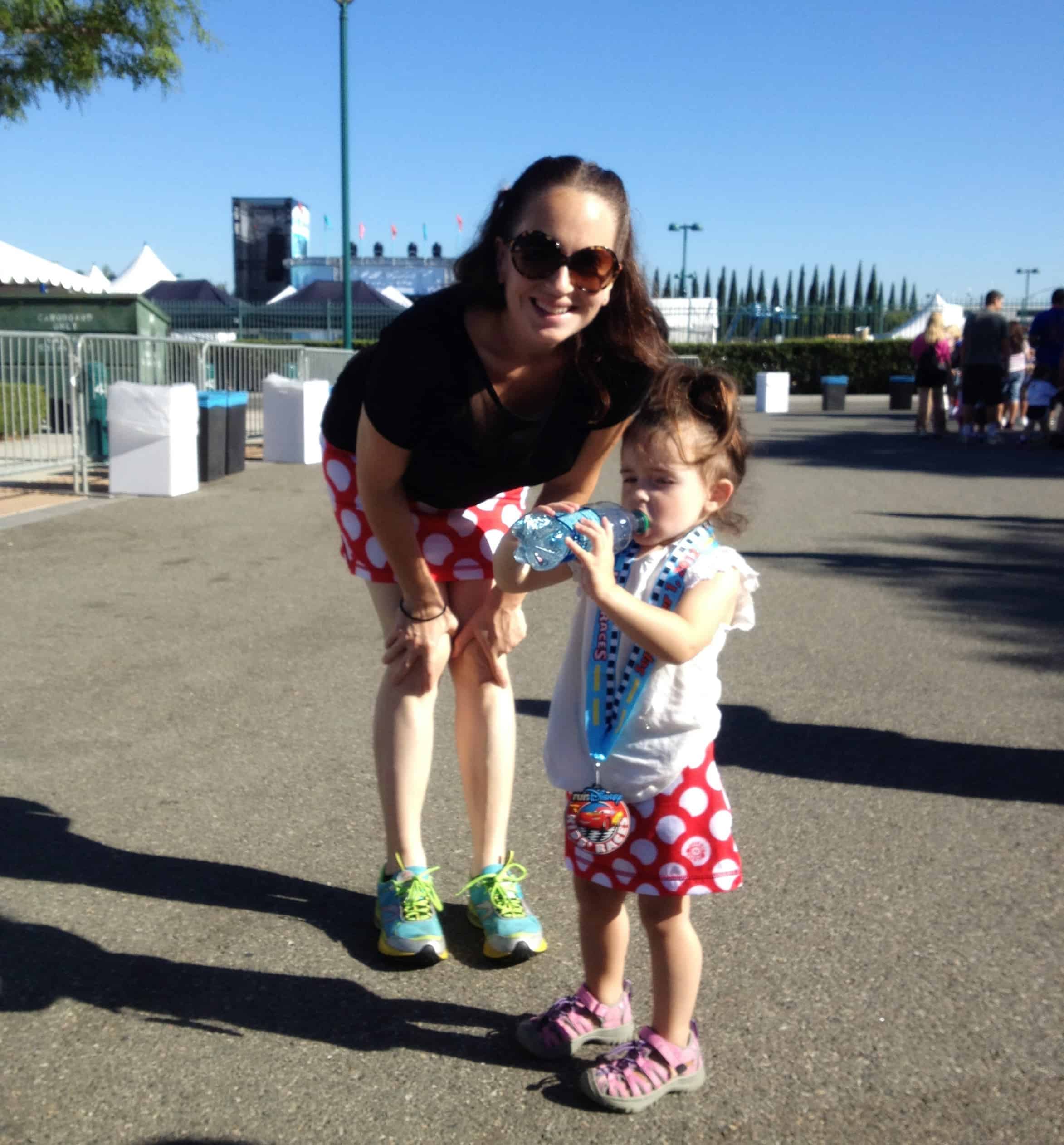 3. The parents can run (and should run) with the child.

4. The medals they get are cute, but rubberized plastic. They call them “medallions”.  My daughter loves them, but I have heard some older kids complain that they aren’t metal, so maybe prepare older kids for this. 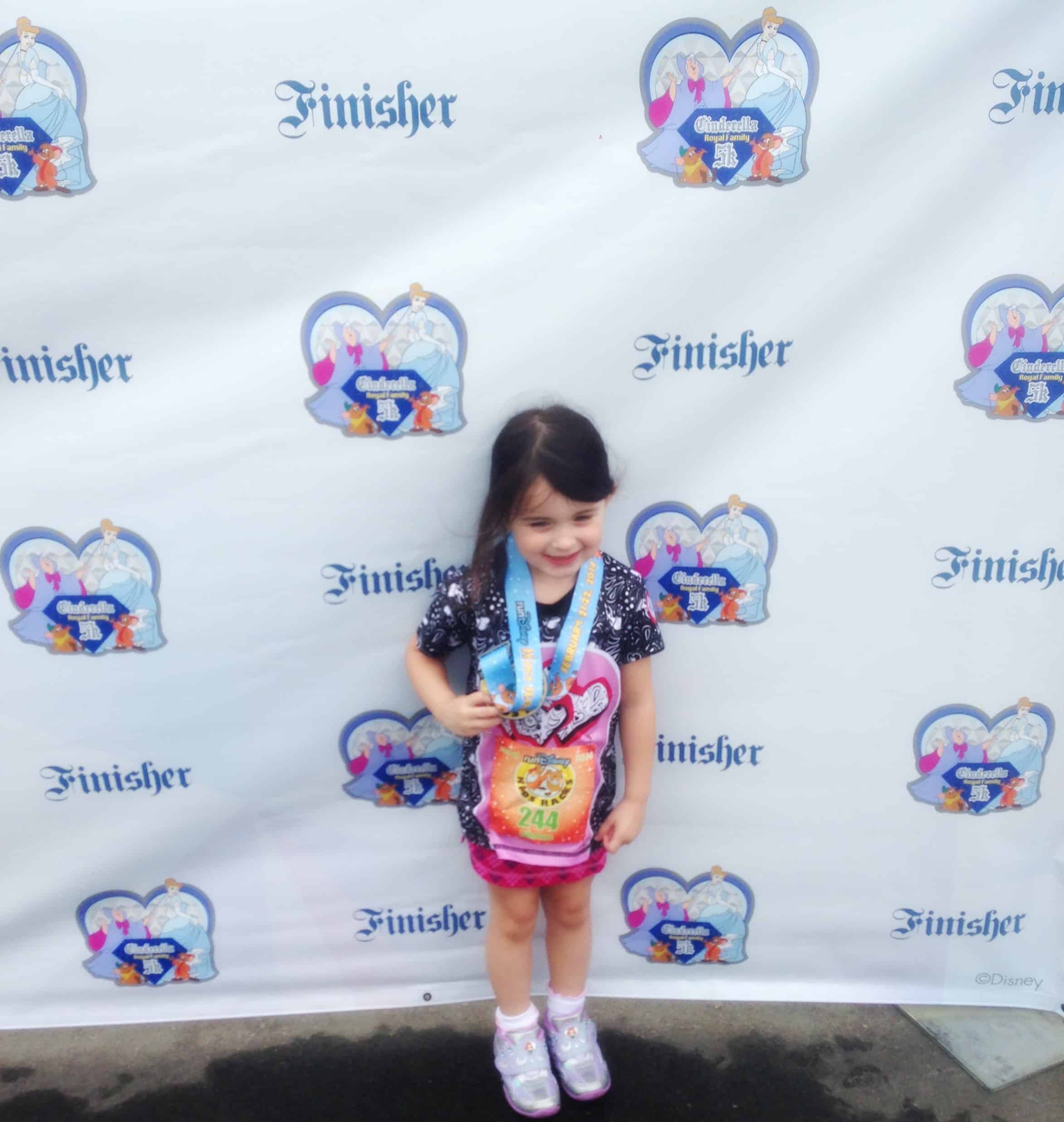 5. At Disneyland Half they hold the Kids Races down between ESPN Zone and the Disneyland Hotel. For Tinker Bell Half they are (with the exception of the first year) at the finish line area for the races which is in a parking lot near Paradise Pier Hotel. At Disney World it is usually at ESPN Wide World of Sports, except for Princess Weekend when they are in the Epcot parking  lot.

6. Your child’s race bib goes on the FRONT of their shirt.  Some parents put it on the back so the child doesn’t rip it off, BUT MarathonFoto is at the events taking pictures.  If you want professional pictures of your child’s race, make sure the bib is on the front of them.  This is how they will tag the photo and email you.  I rarely like my own race photos, but my daughter’s are always SO cute. 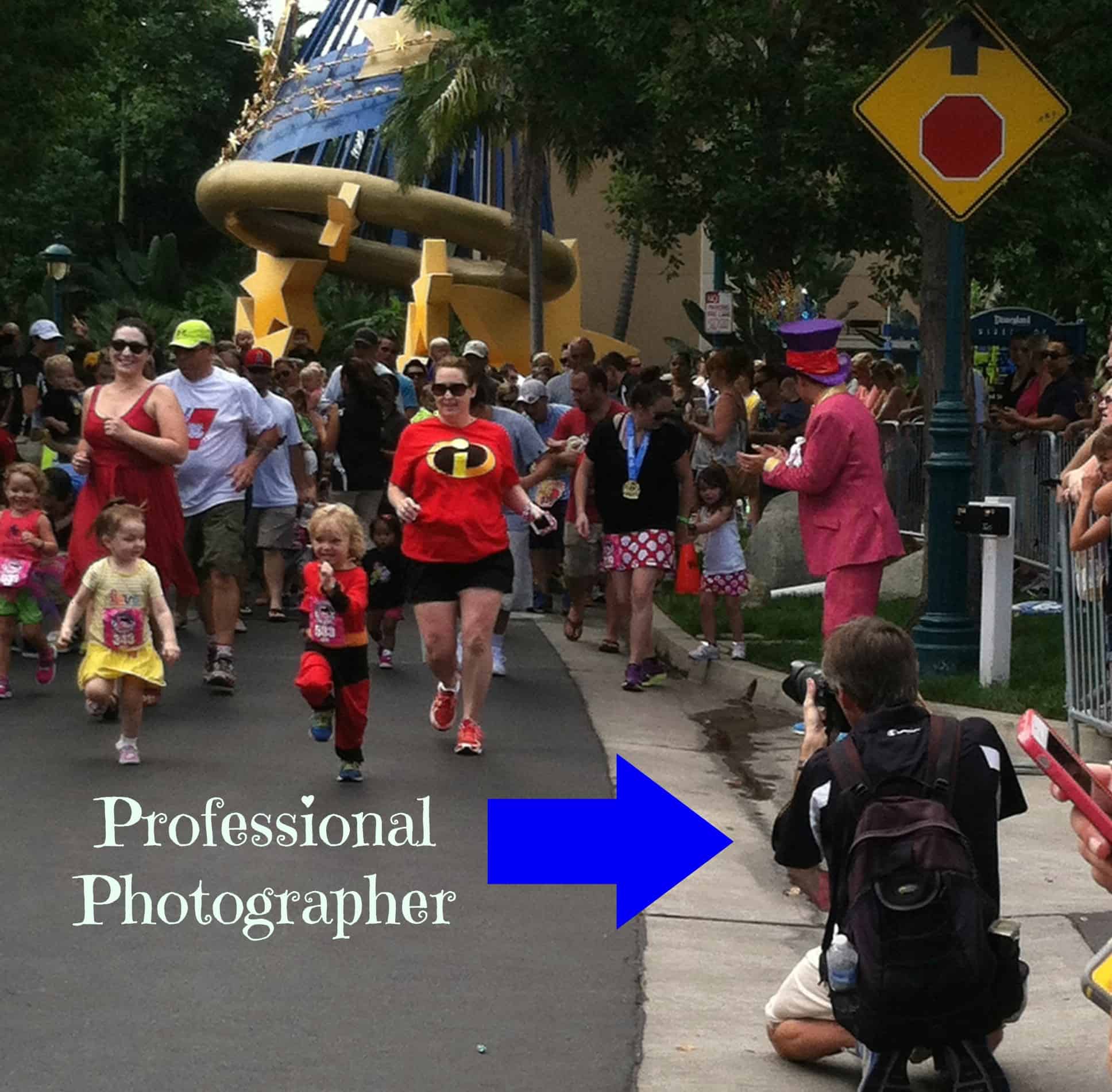 7. You will print out a waiver for your child, just like yourself, to bring to the expo and pick up their race bib and t-shirt.

8.  On the child’s race bib is a tear off parent “claim tag”.  Tear this off and put it in your pocket.  They have people checking your claim tag with your child’s bib number as a safety precaution when you are exiting the finish line area.  They also have a printed list if for some reason you lose it don’t panic, you will just have to verify information.  While in the past at some races it was very loosely checked, at recent events they are very strictly checking.  I like this as a parent.  Sometimes the lines can be long to be able to get out of the finish line area, but I would rather have it that way than a child go missing.

9.  Some kids wear costumes, some kids don’t.  If you child wants to that is totally ok.  If not, they won’t be the only one.

10. My personal piece of advice:  If you have more than one adult, have one line up along the fence somewhere in the spectator area near the finish line while the other one runs with the child.  Have the parent waiting at the fence text the parent who is running with the child what side they are on and where.  This way the parent running can line up to near that side and the parent along the fence can get some cute pictures of your child running.  Does that make sense?  Here is an example: I run with my daughter.  My husband texts me “I am on YOUR left side as you are running to finish line between the green light post and finish line.”  I then line up on my left side instead of the right so he can get better pictures of us running.  Voila! Race photos that you don’t have to A. buy and B. wait a couple days to view. 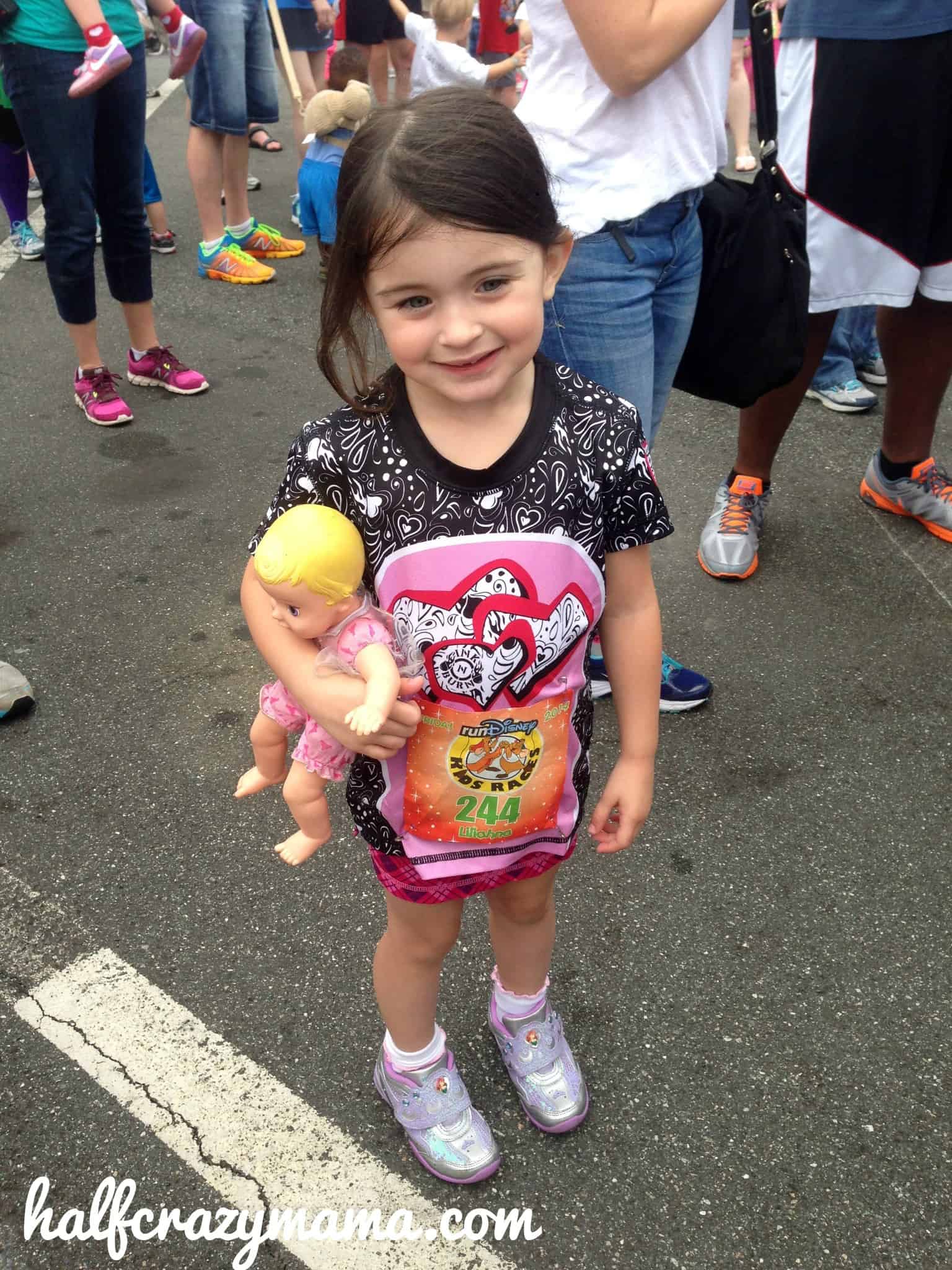 11.  Be patient and you will have a blast. Sometimes it seems a little chaotic, but my daughter is always happy and proud at the end and that is what counts.

Have fun and I’ll see you there! 🙂