After a freezing cold Frozen 5k the day before, I was excited to run the Enchanted 10k during the runDisney Princess Half Marathon weekend.  The race started at Epcot at 5:30am.  It was a magical start. 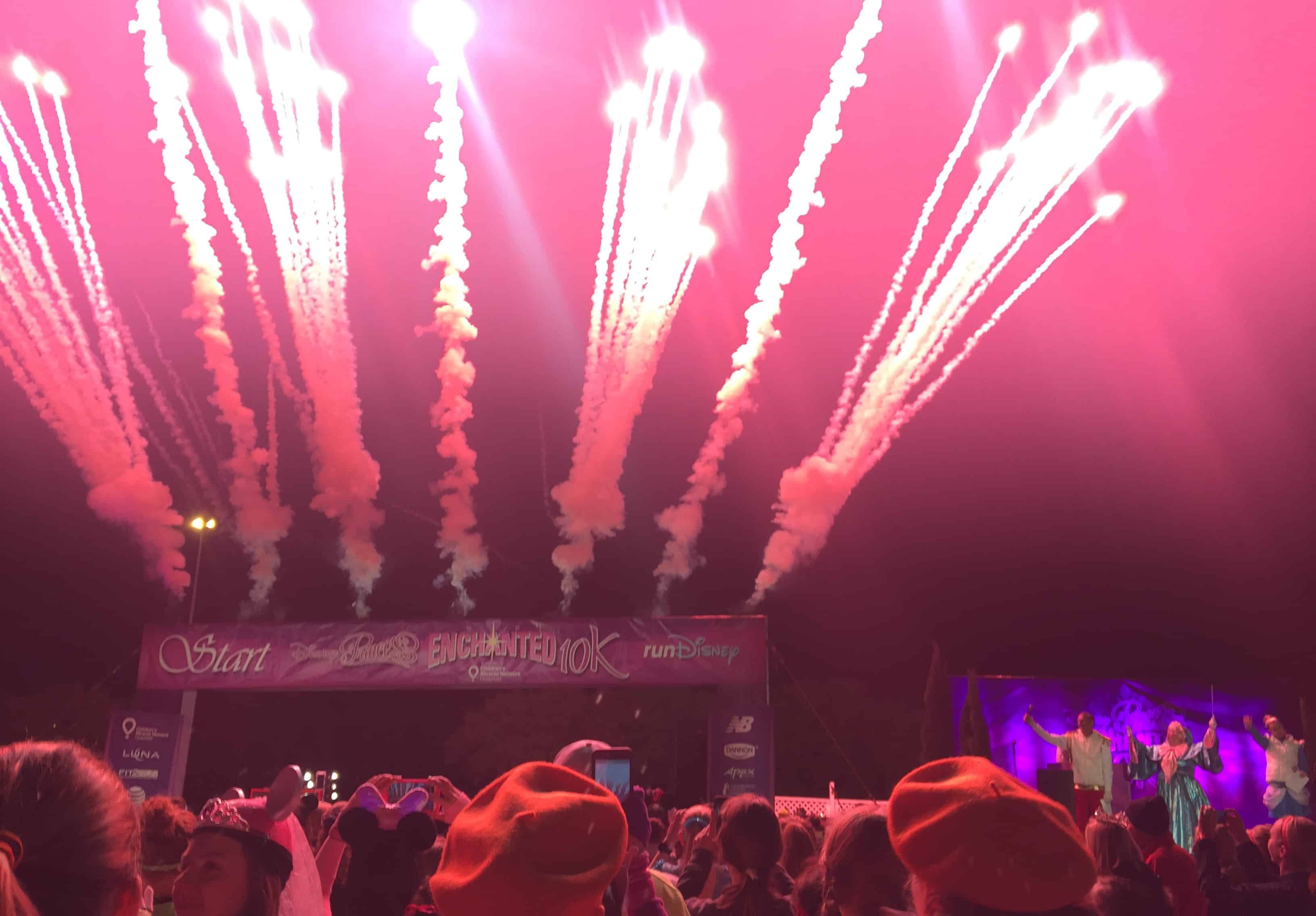 I had dressed up as almost all the princesses now, but I had yet to be Jasmine.  I made the costume assuming that the weather would be typical Florida weather.  Well…you know what they say when you assume…anyways, it was NOT typical Florida weather.  I had to wear two layers under the costume, so it didn’t have quite the same affect as I was hoping.  I made the skirt and added sleeve details to my ZOOMA Napa Valley race ambassador tank.  I also sported a Jasmine wig, which helped keep my head warm in the cold weather. 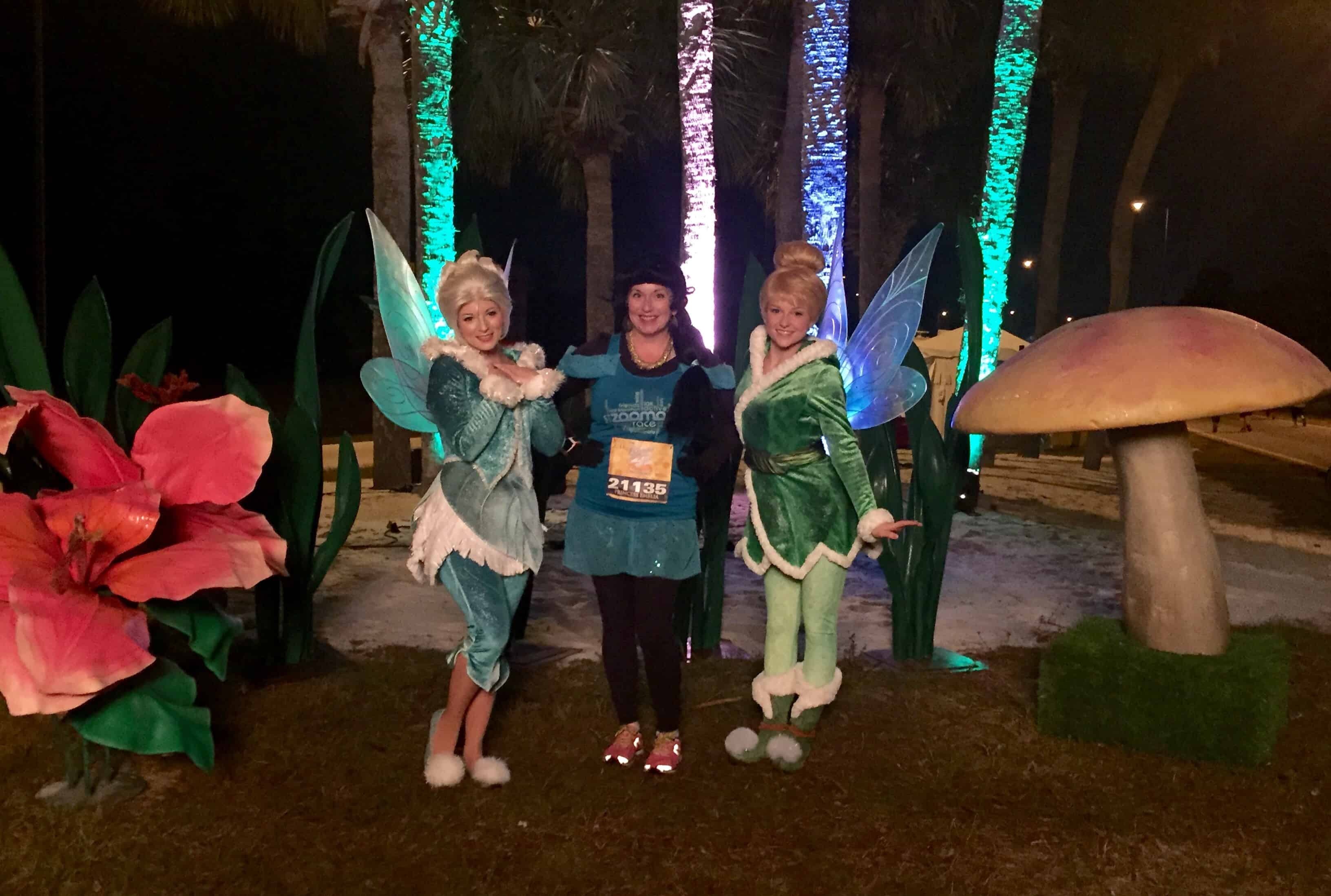 I was REALLY excited to see Tinker Bell and Periwinkle just past mile 1. 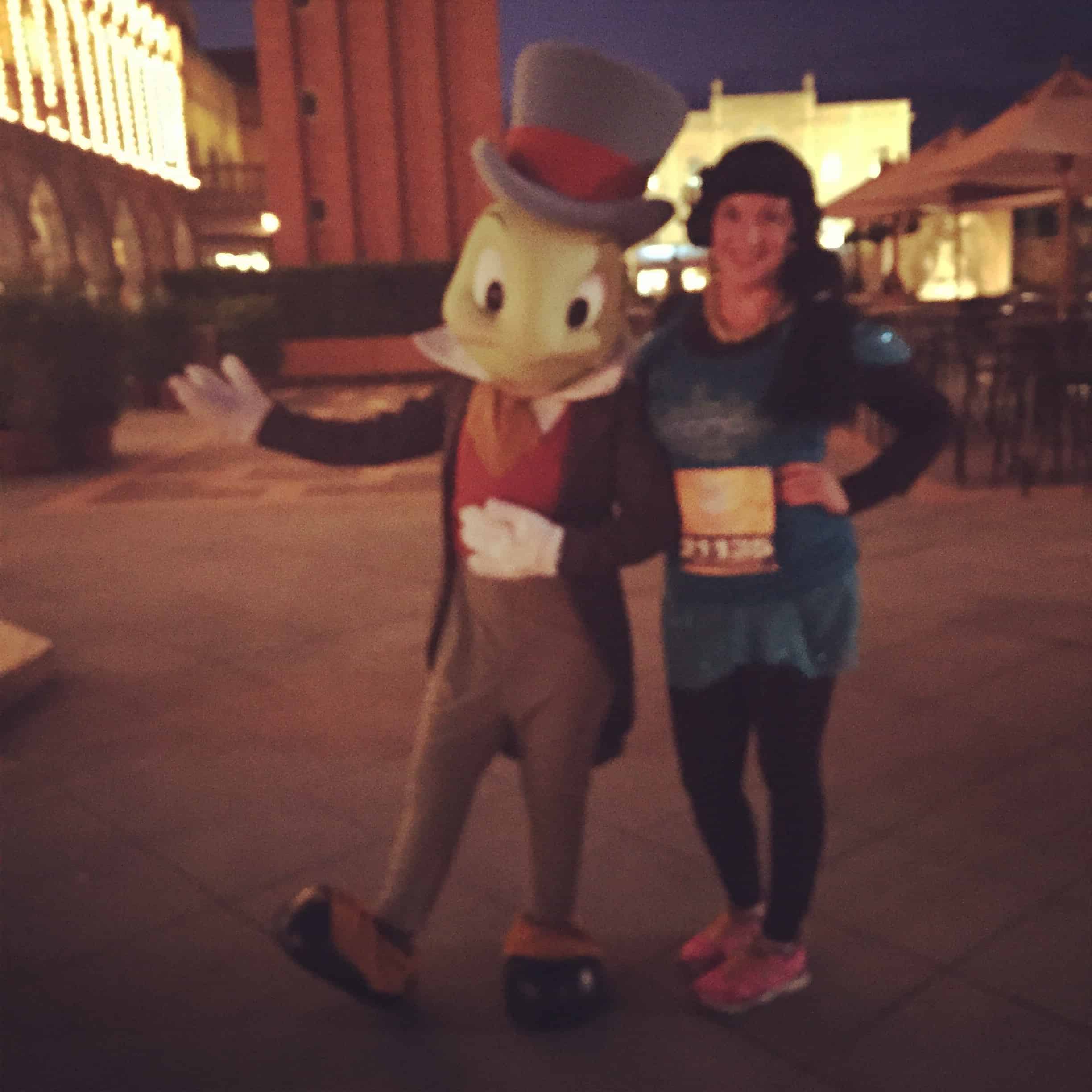 We had roughly 3 miles before we found any other characters.  We entered Epcot near Norway.  Jiminy Cricket was over in Italy. The cast member taking the photo unfortunately only took one pic for me and it was blurry. Darn it. 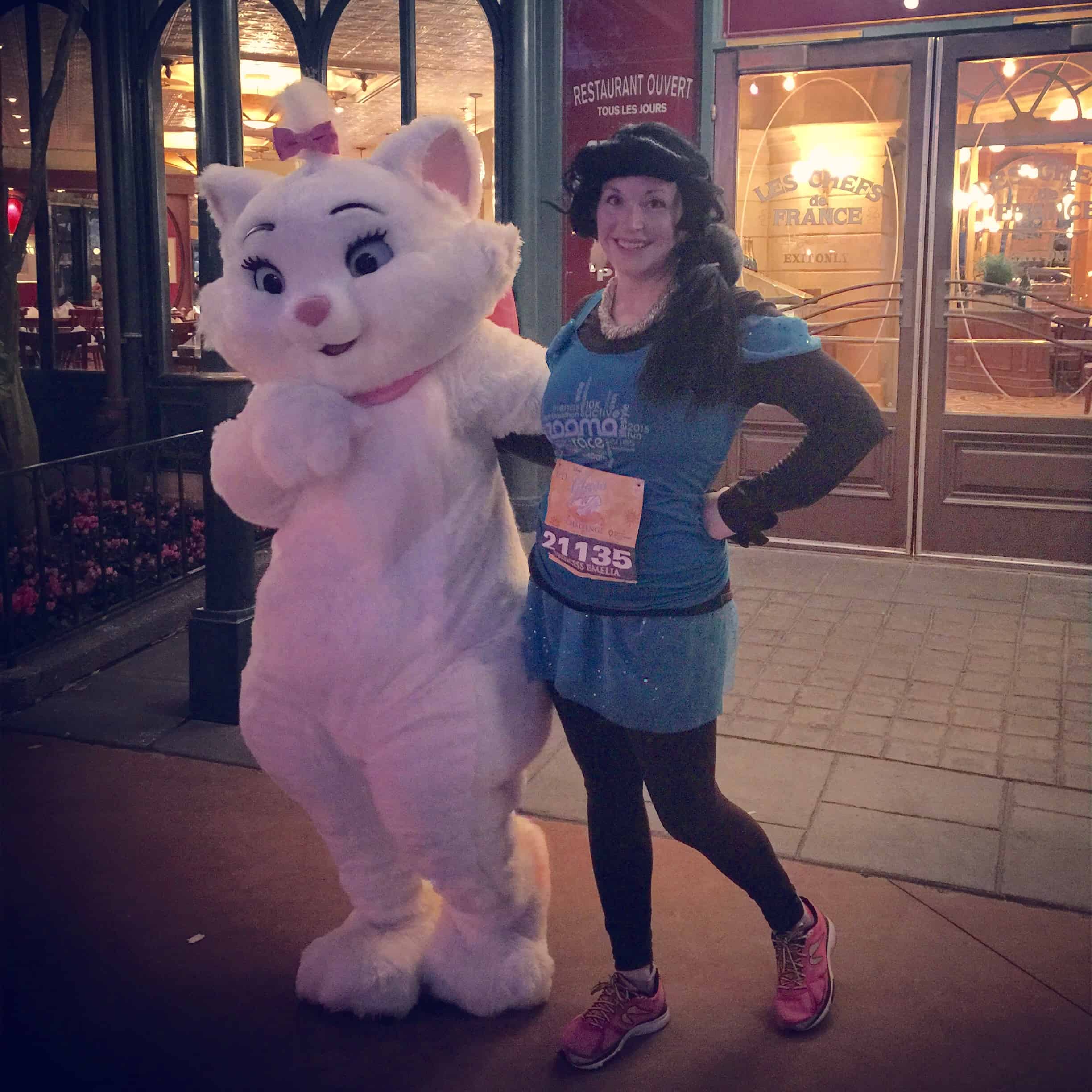 Marie the cat was over in France. 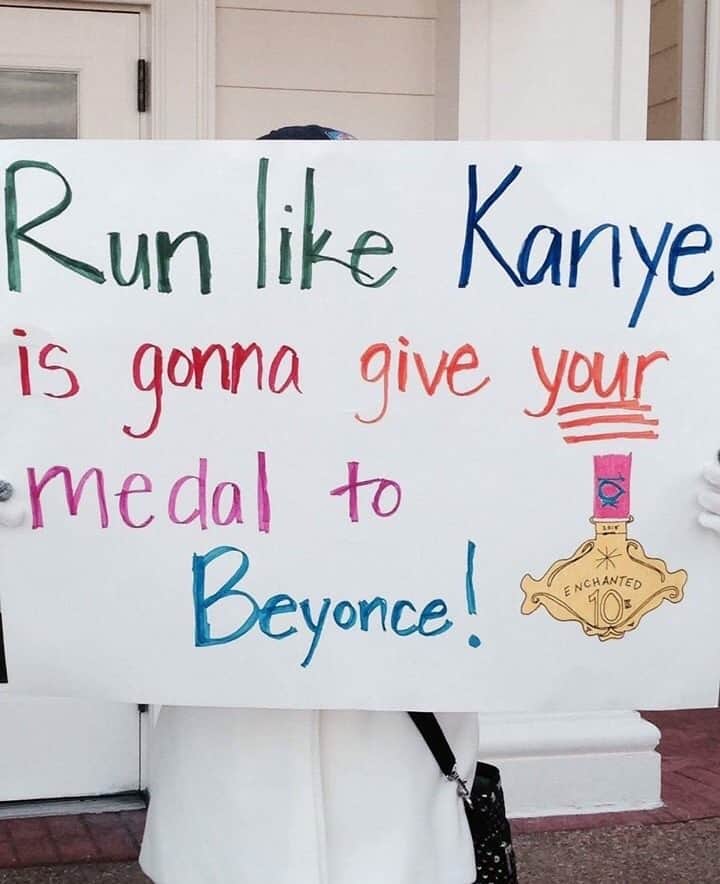 The best sign I think I have ever seen was on the course. Love it!!! 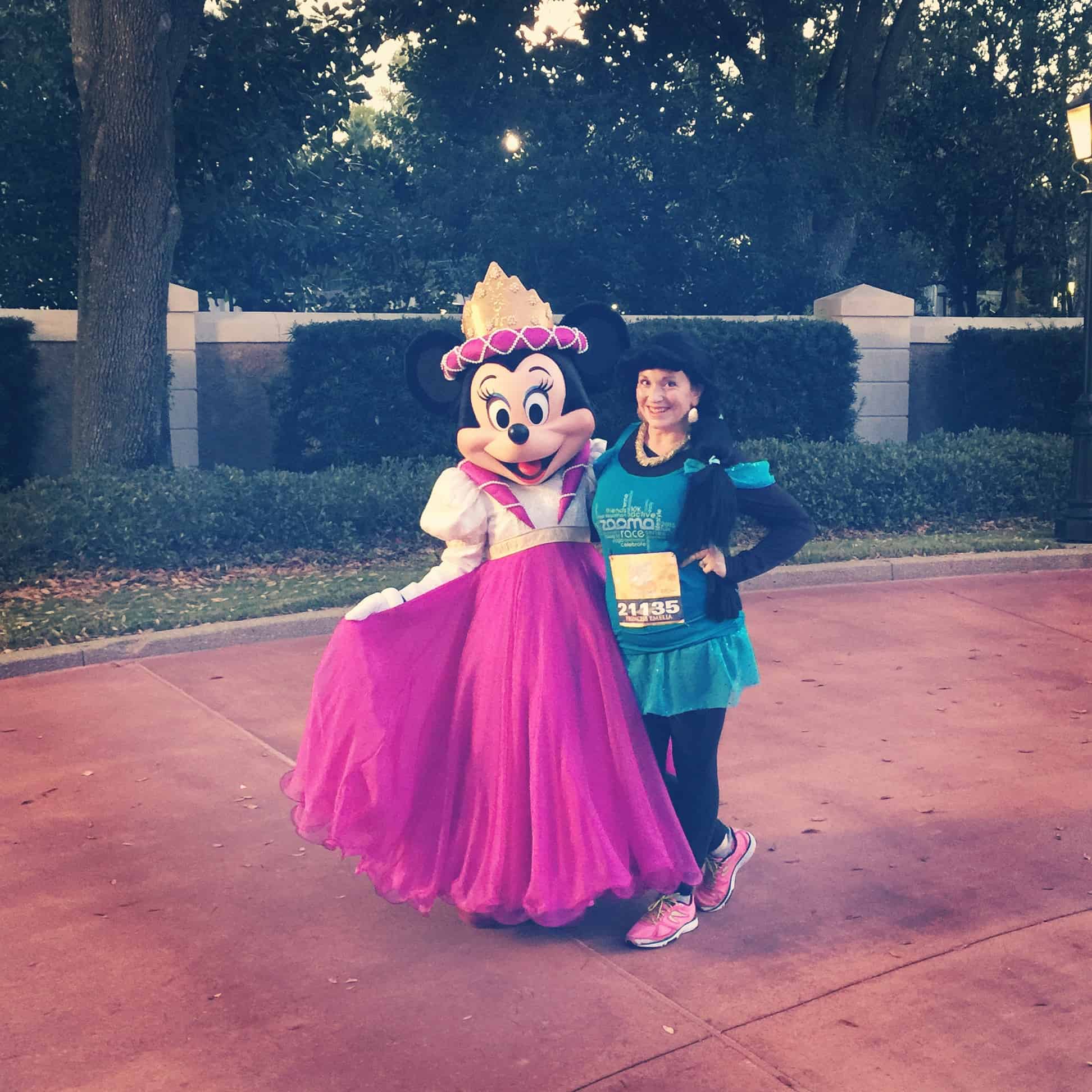 Donald was in front of ESPN at the Boardwalk, but the line was either too long or Donald needed a break, so a cast member was telling people they couldn’t stop.  I thought this was weird.  I wasn’t close to the time limit or anything. I think they were just trying to get the line shorter?  Anyways, after running around the Boardwalk area and back to Epcot, Princess Minnie was there to greet us before we entered the backstage area. 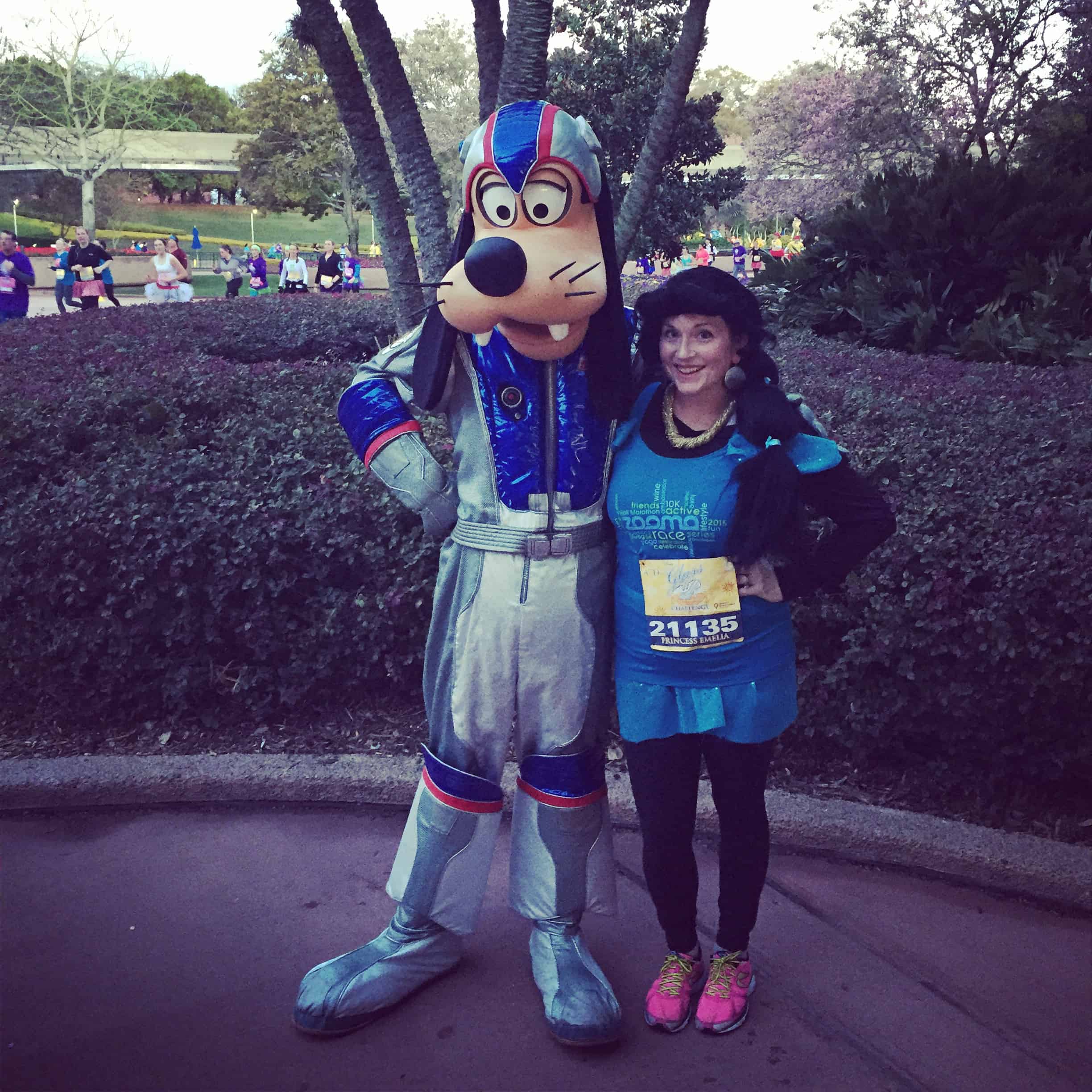 Last, but certainly not least was Astronaut Goofy over near Spaceship Earth. 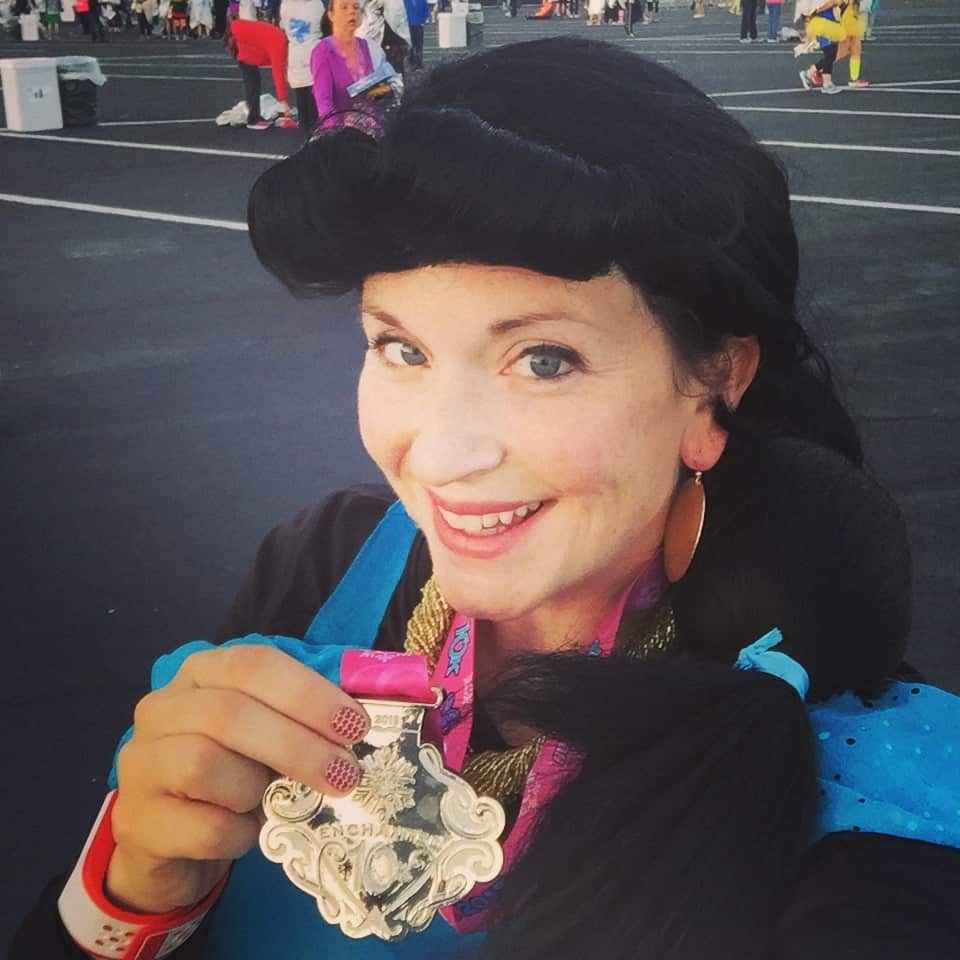 It was a fun race.  I always love running Disney.

Did you run the Enchanted 10k?