6 Rules of Race Etiquette Explained- Easy As Driving A Car 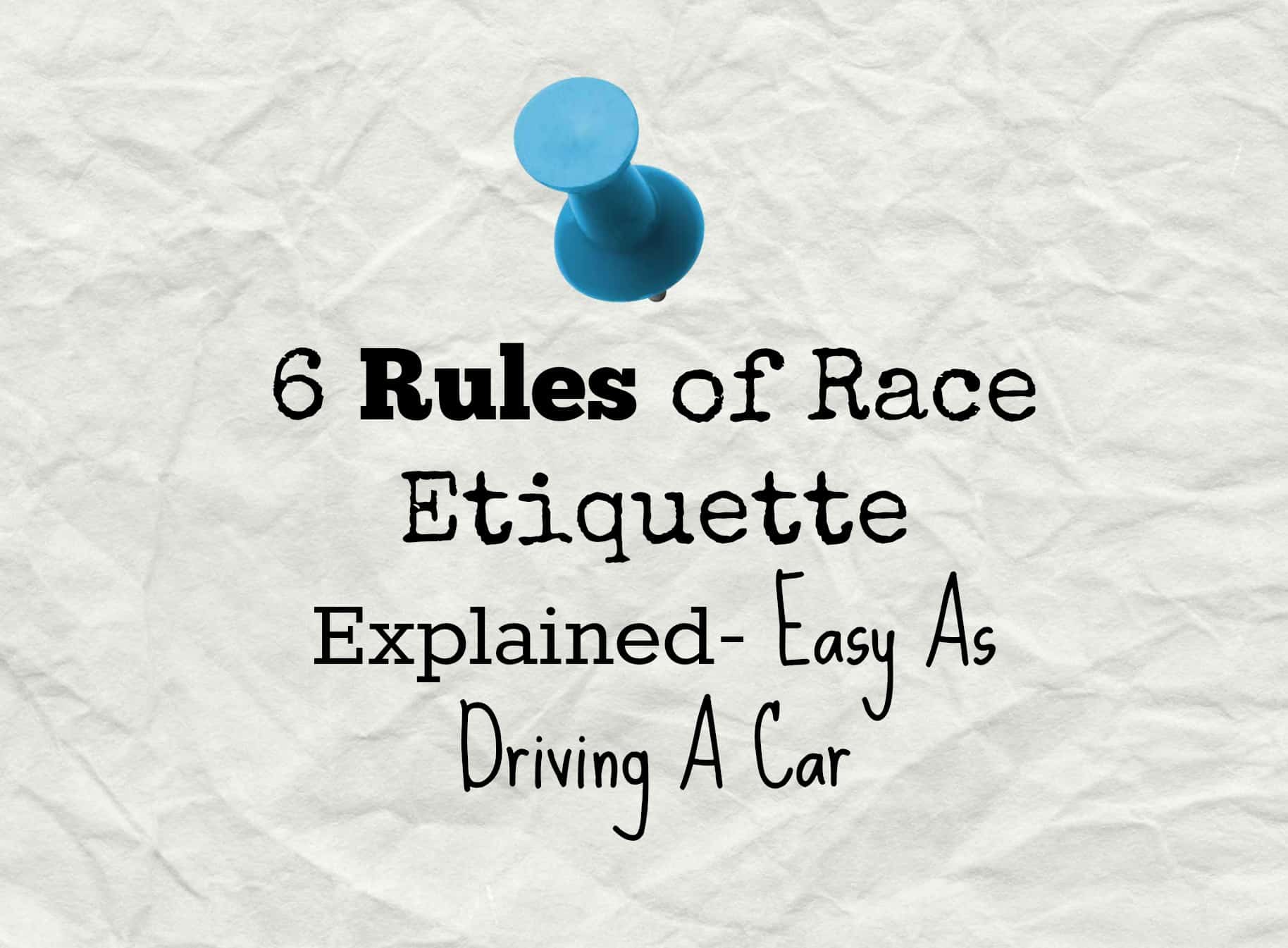 It is no secret that I love running runDisney races.  They are big in numbers, so the course can be crowded at times.  Add in the fact that there are so many first timers at Disney racers (which I love) that sometimes these crowded course areas become total cluster…traffic jams.  I thought I would write a fun post to talk about some race etiquette because I don’t think some people pay attention like they should. 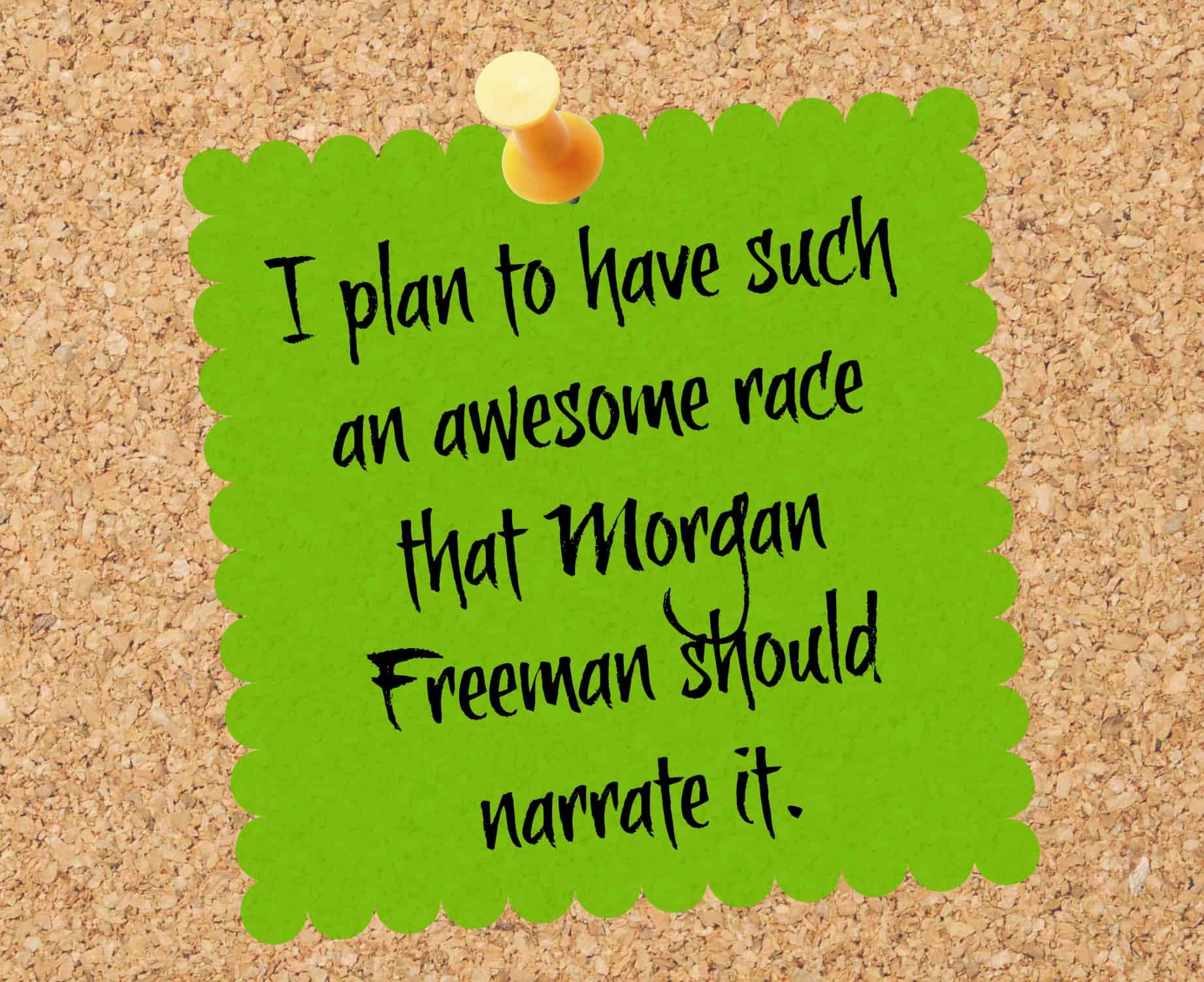 1. Walkers/Slower Runners Keep to the Right- Think of the race course like a freeway.  Slower traffic stays right and the left lane is the fast lane.  The course should be the same way.

2.  Don’t Run Shoulder to Shoulder With A Group of Friends- I love seeing groups of people accomplish amazing things together, but I don’t love trying to dodge around a group of 5 people running side by side taking up almost the whole course.  If you and a group of friends were driving cars and going to the same place would you all drive the same exact speed across all lanes of the freeway?  No, you would follow each other.  Again, this whole freeway analogy is a good one. 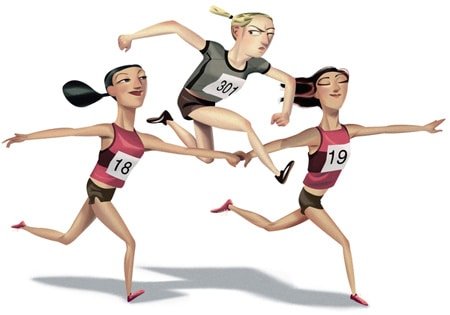 3.  Signal If You Are Stopping- Galloway method is a GREAT way to run a race successfully, but if you are running and then going to stop put an arm up in the air so the people behind you know and you don’t cause a collision.  Think of if you were driving without brake lights or a blinker on your car. The people behind you would have no way of knowing you were stopping without some sort of signal.

4.  Don’t Just Stop At The Front of A Water Stop- Merge in and out of water stops just like you would a freeway.  The front of the stop always gets very crowded and there are plenty of people handing out water further down.  Keep the very center of water stops clear for the runners not stopping for water.  After you merge in to get your water merge a little further away so others can merge in for their water. 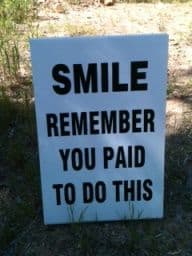 5.  If You Drop Something-  Don’t stop in the middle of the course and turn around and run back.  If something fell off your car on the freeway would you stop in the middle of the lane and throw it in reverse? No, you wouldn’t because it would cause an accident.  I have seen people do this on the course causing falls.  No fun for anyone.  Unless it is a credit card or prescription glasses I would leave whatever you drop behind. If you need whatever your dropped put your hand up and start running to a side so you can then backtrack along the side, pass the object, then merge back in while running and pick it up.

6.  Be Aware of Runners Around You- You wouldn’t change lanes on the freeway without looking to make sure there wasn’t a car right?  Don’t make any big movements that change your pace or direction without checking around you.  Be aware of runners.  This includes cutting off people to jump in front of a race photographer.  Be safe and I promise there are tons of photographers along the course. 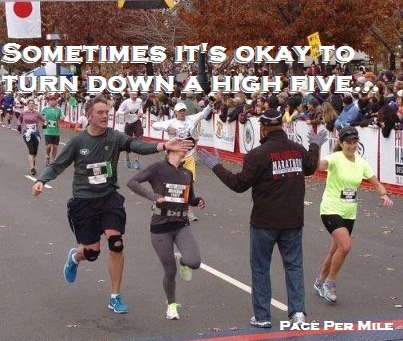 I want everyone to have the best, and SAFEST, race ever!  I will see you out there 🙂