I have ran the Princess Half Marathon 3 years in a row now.  I woke up at 3am, like I had the 2 days prior for the 5k and the 10k.  The race started at 5:30am.  My 3 year old stylist (daughter) picked Anna from Frozen for my costume.  I figured that since she was the newest Disney princess that was very fitting.

Fireworks started each corral at the beginning of the race.  I love that part. 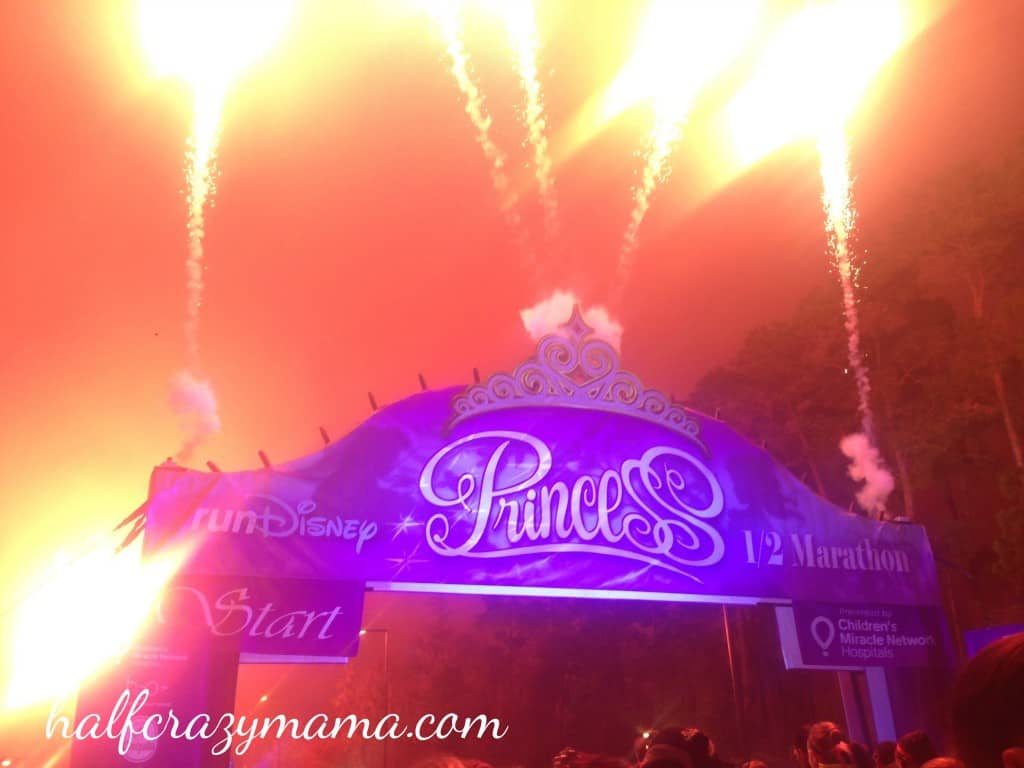 The first characters we came to, as usual, was Caption Jack Sparrow and Barbosa.  They always have a long line and I knew we would double back around to them so I didn’t stop.  Next up were the “heroes” right by the Magic Kingdom toll plaza, Hercules, Flynn Rider, Aladdin, and Prince Eric.  I stopped for them 😉 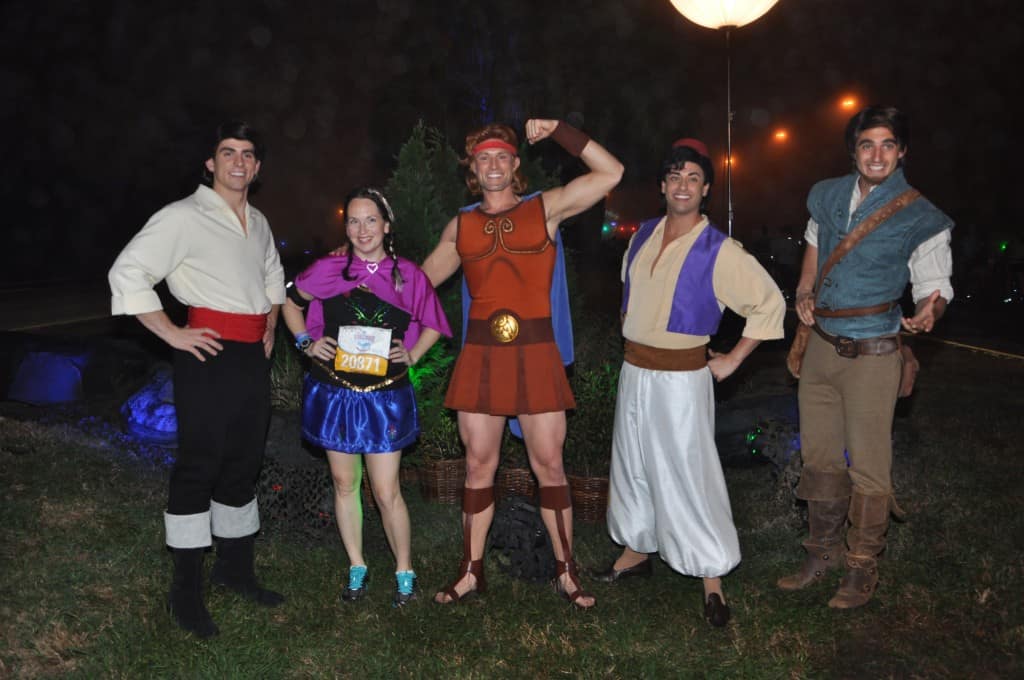 Near the Richard Petty Speedway I stopped for some pics with fast cars since it was the same day as the Daytona 500. 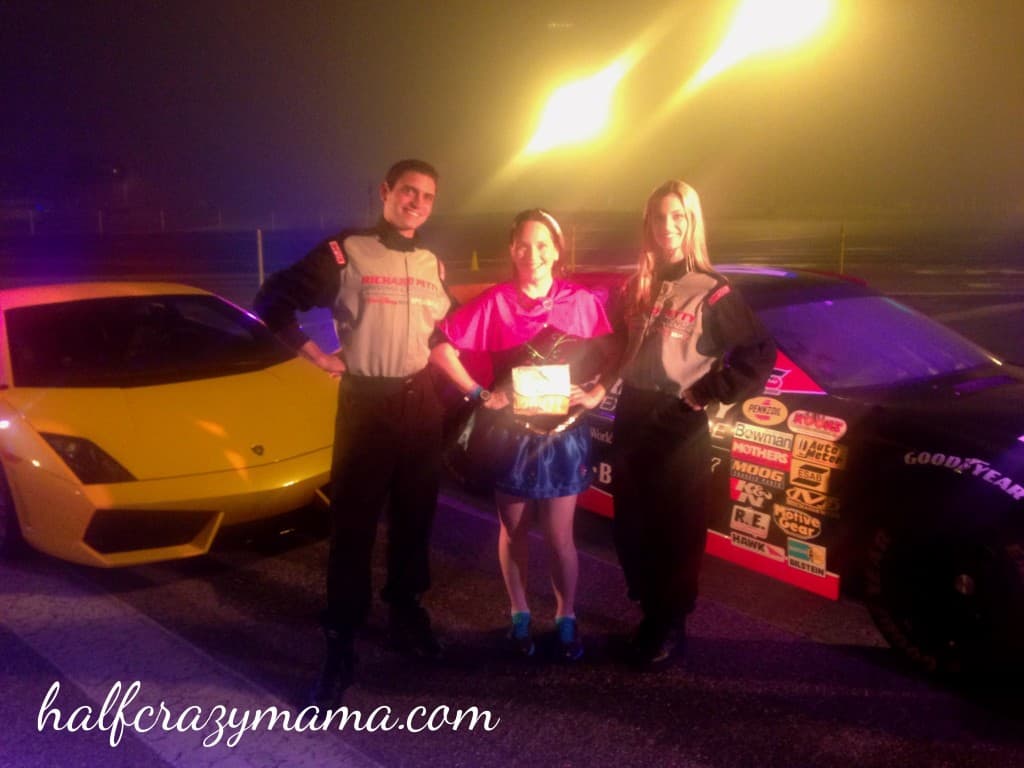 We made our way through the Magic Kingdom parking lot and I found the Villain ladies.  Longest line of the day by far, but I waited.  As you can see, I wasn’t impressed with their evilness. 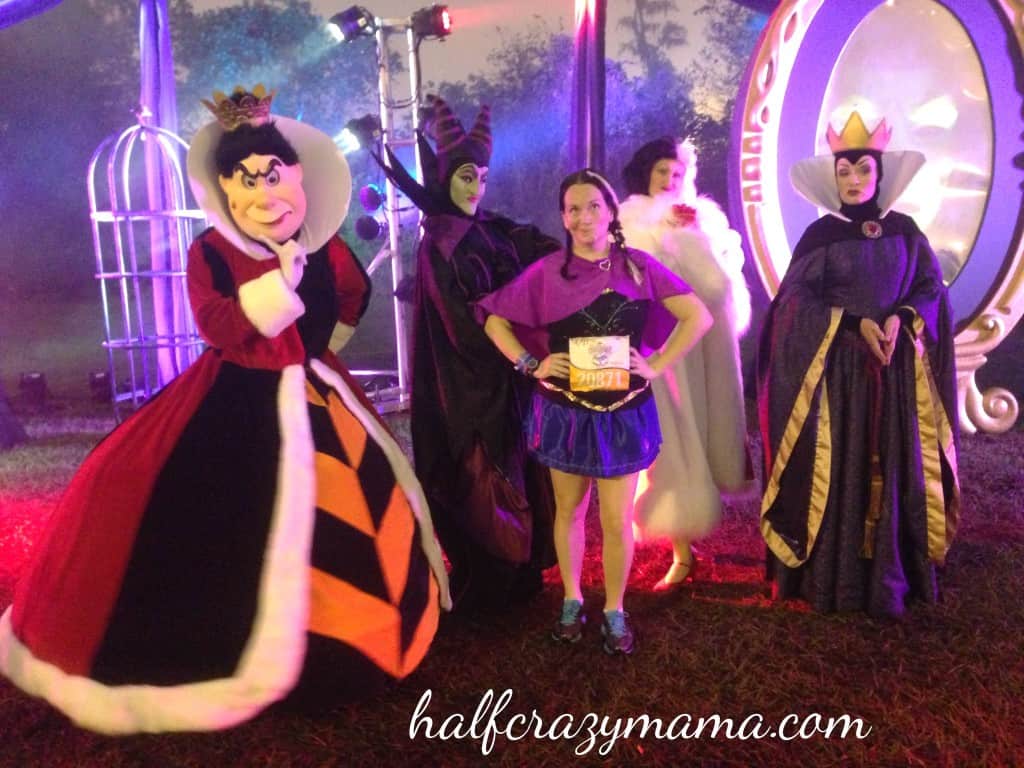 We entered the Magic Kingdom from backstage and ran down Main Street USA.  I always love that first glimpse of the castle as the sun is starting to come up. 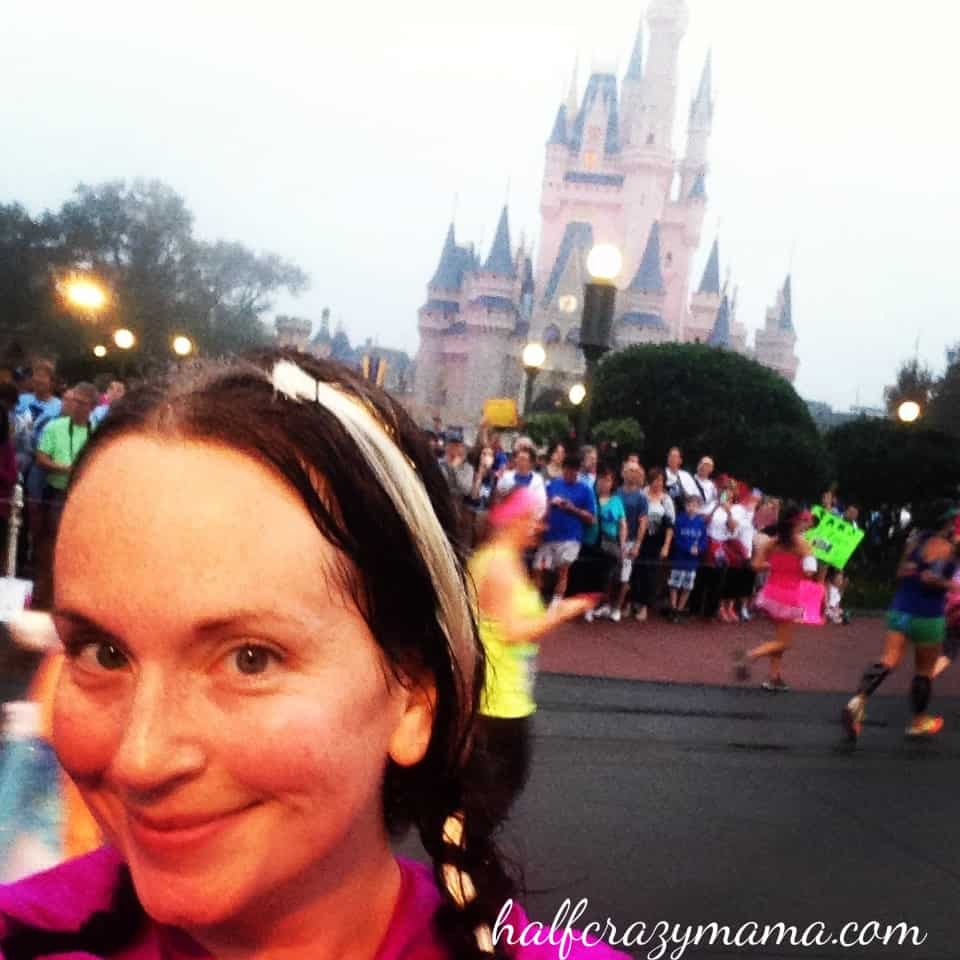 Buzz Lightyear was out in Tomorrowland. 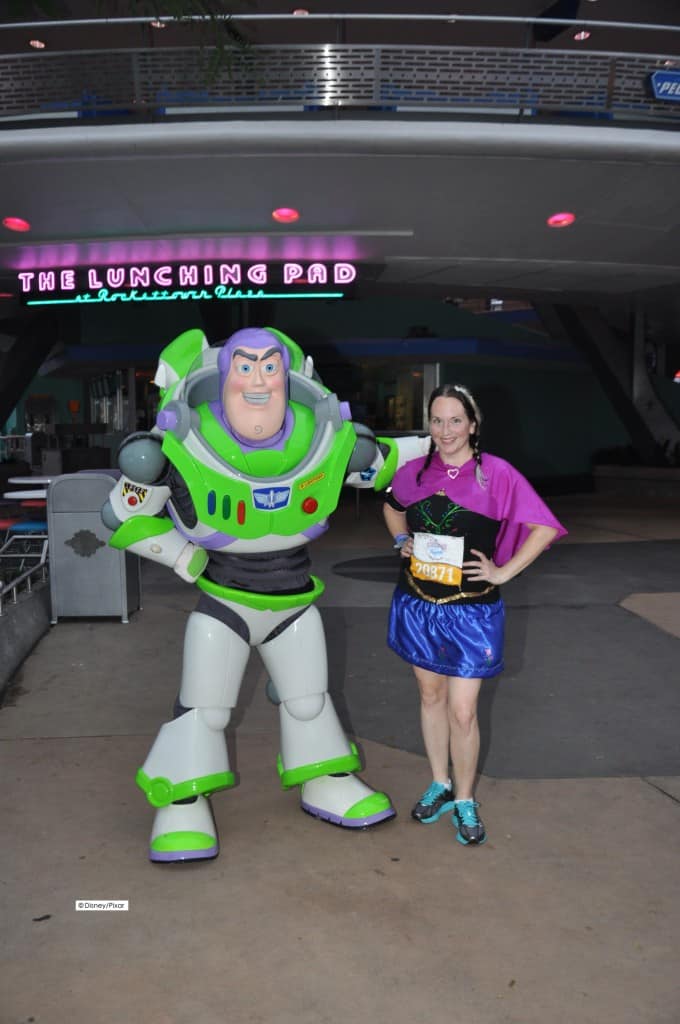 The White Rabbit was near the Teacups. 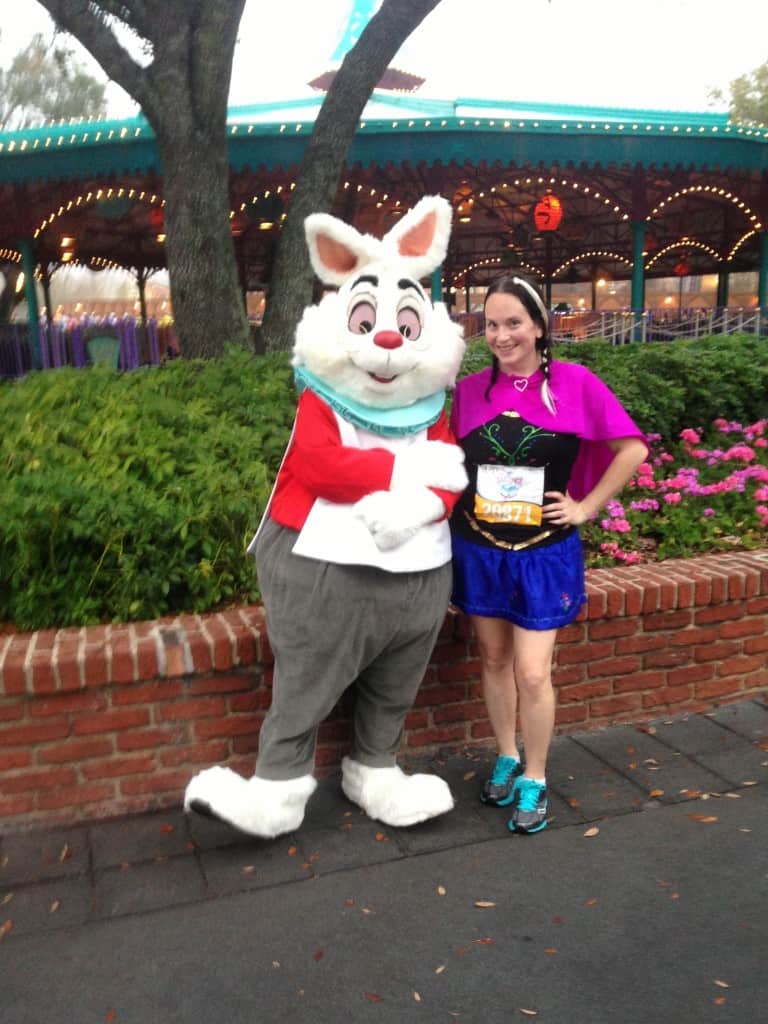 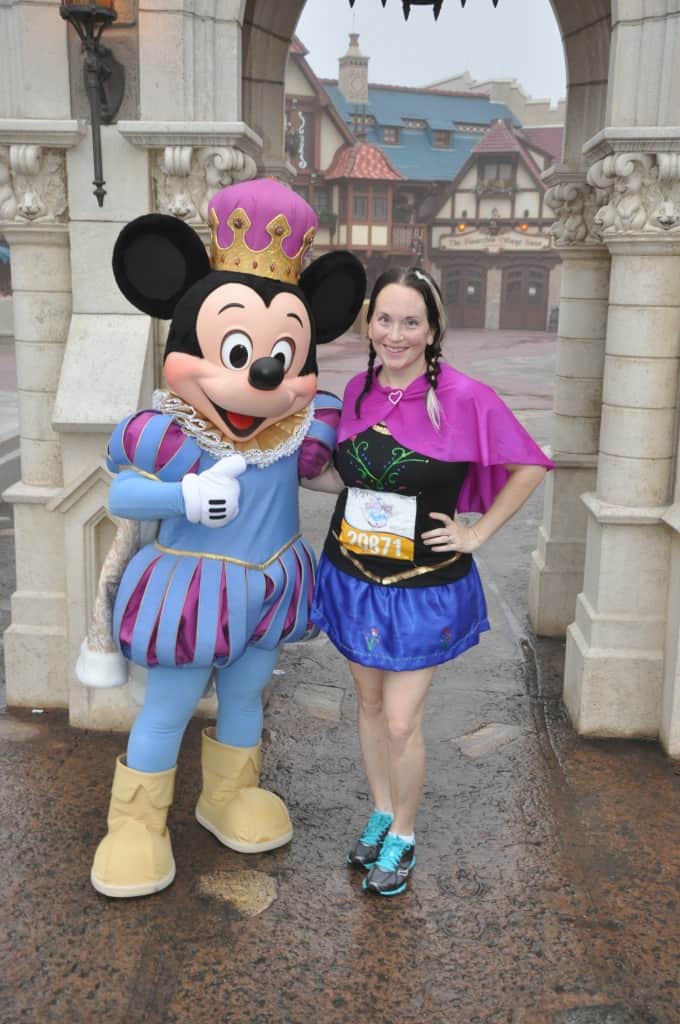 Of course I had to stop for the picture in front of the castle. 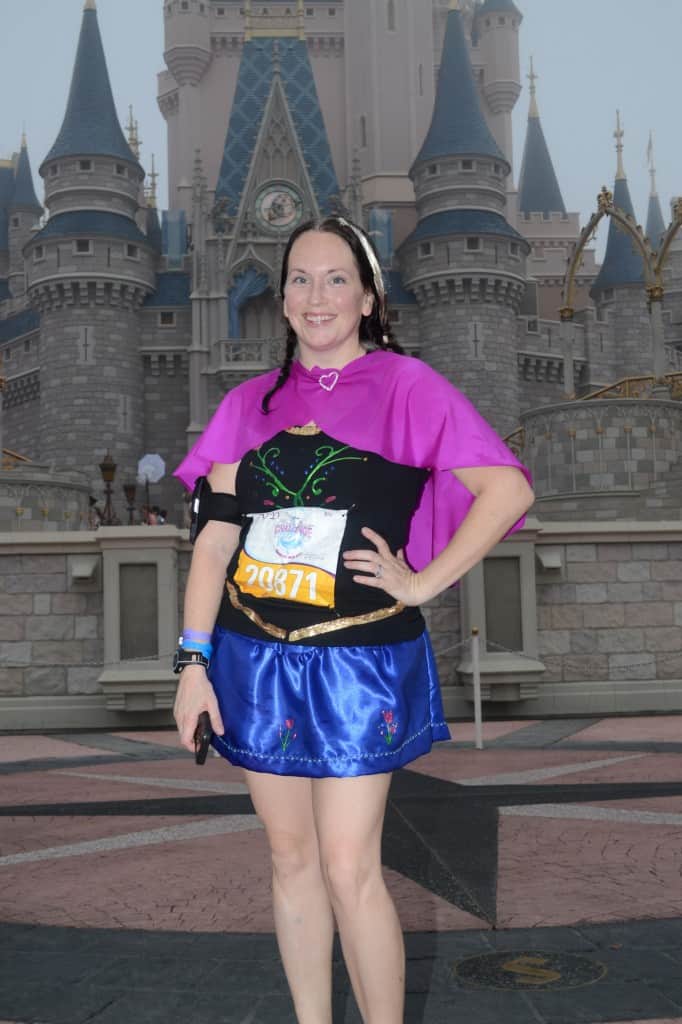 Tiana and Louis were over by the Hall of Presidents. 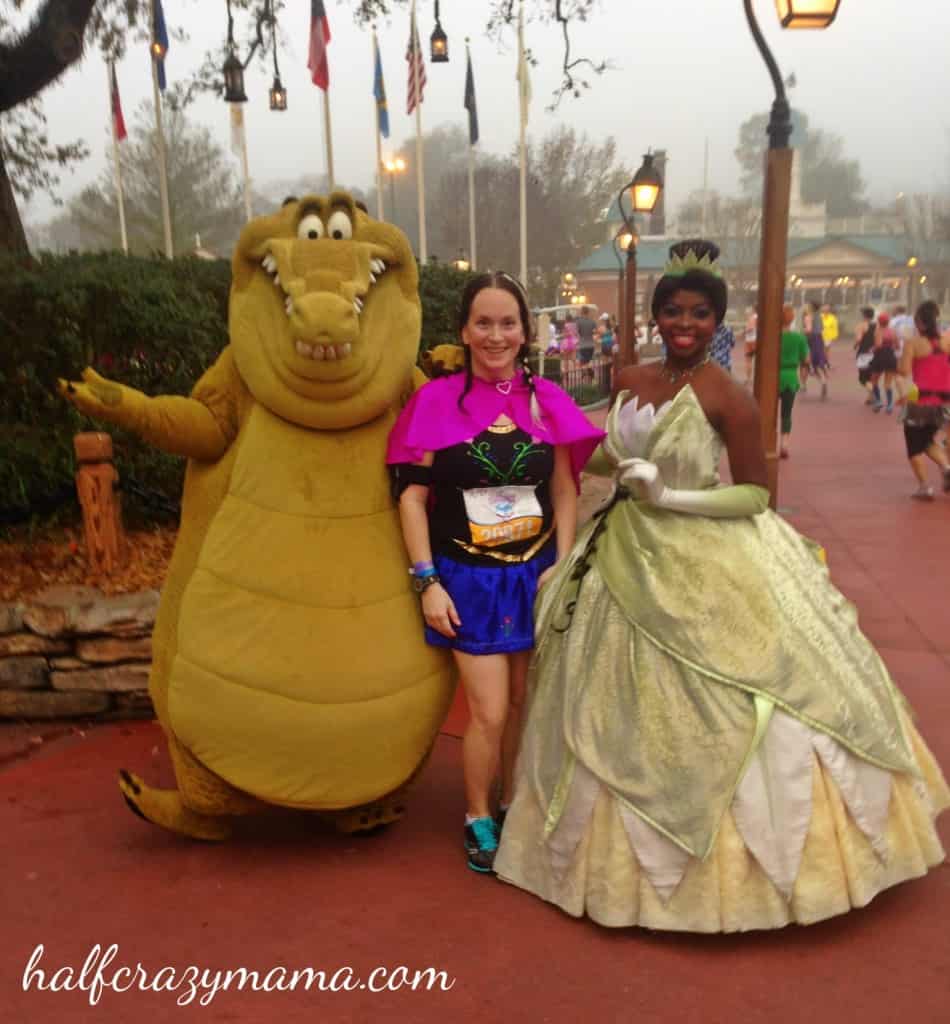 Woody was in Frontierland. 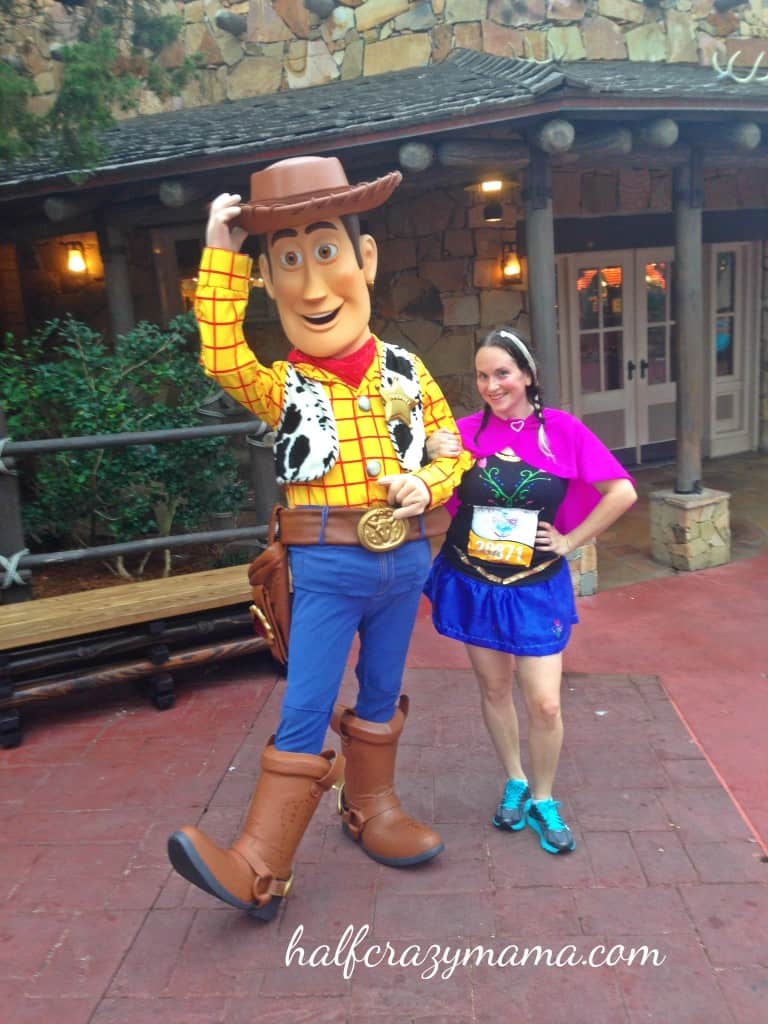 I found my daughter’s favorite Aurora and Prince Phillip backstage on our way out of the Magic Kingdom. 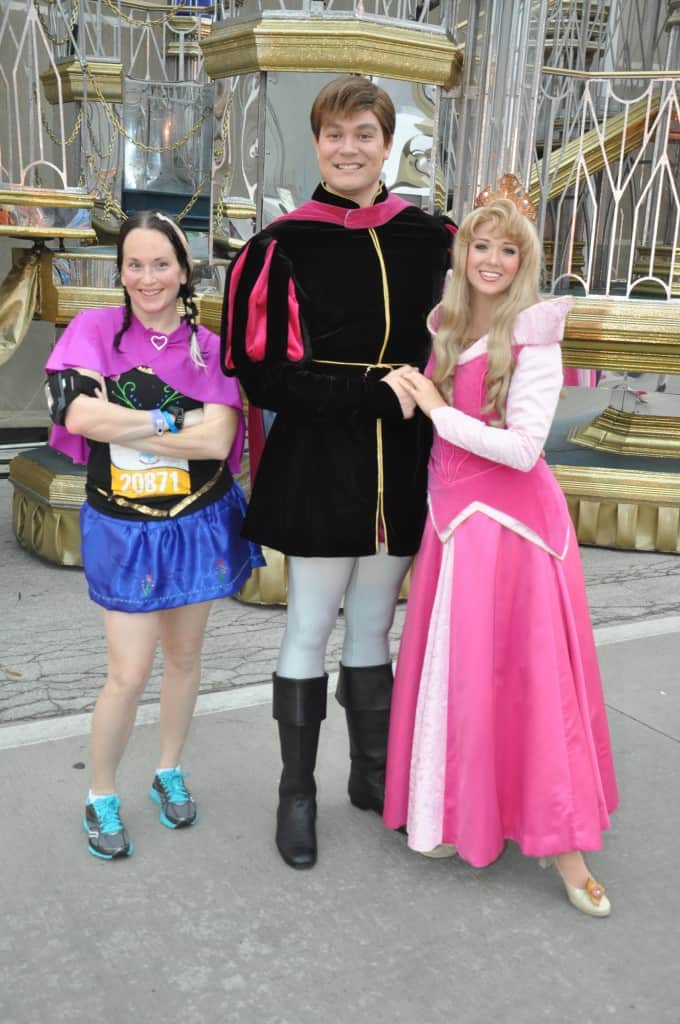 In front of the Grand Floridian was Mary Poppins and Bert.  I love them! 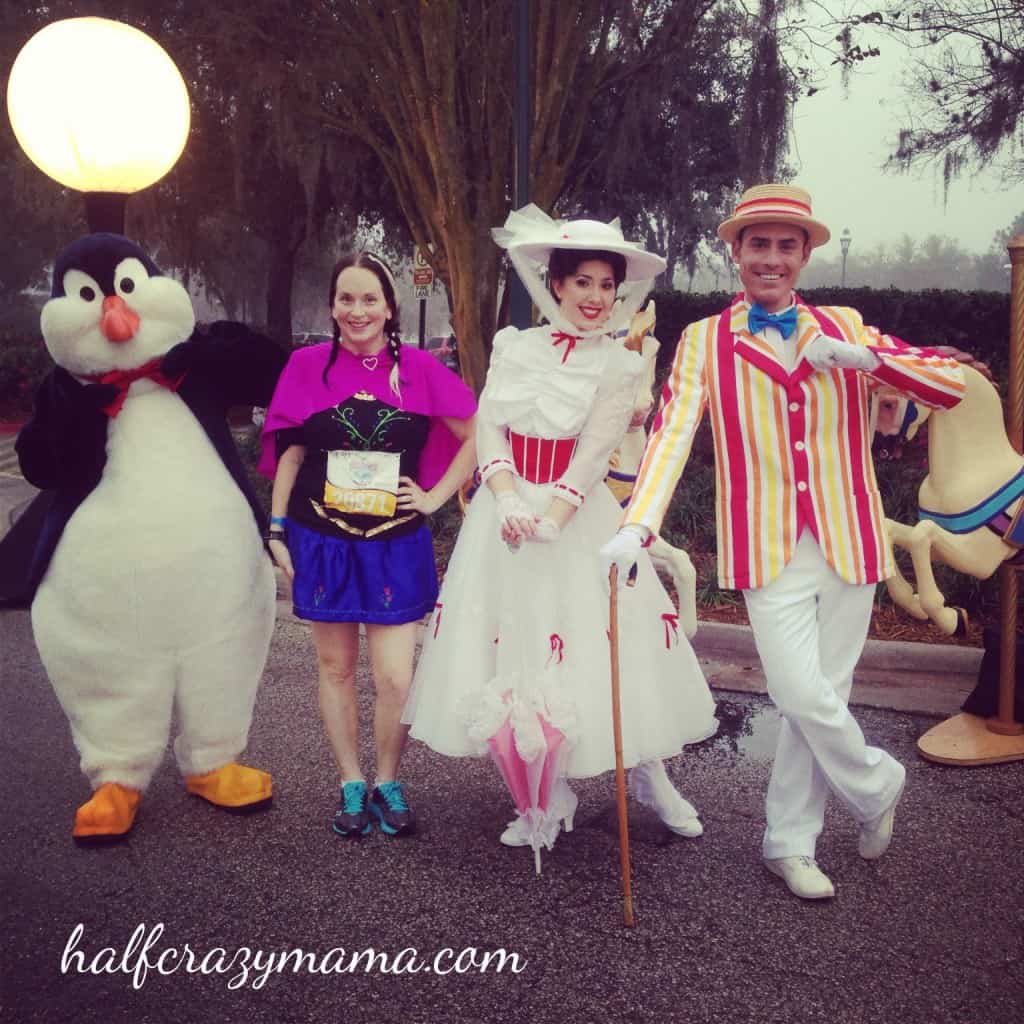 Mrs. Incredible was out along the road back to Epcot. 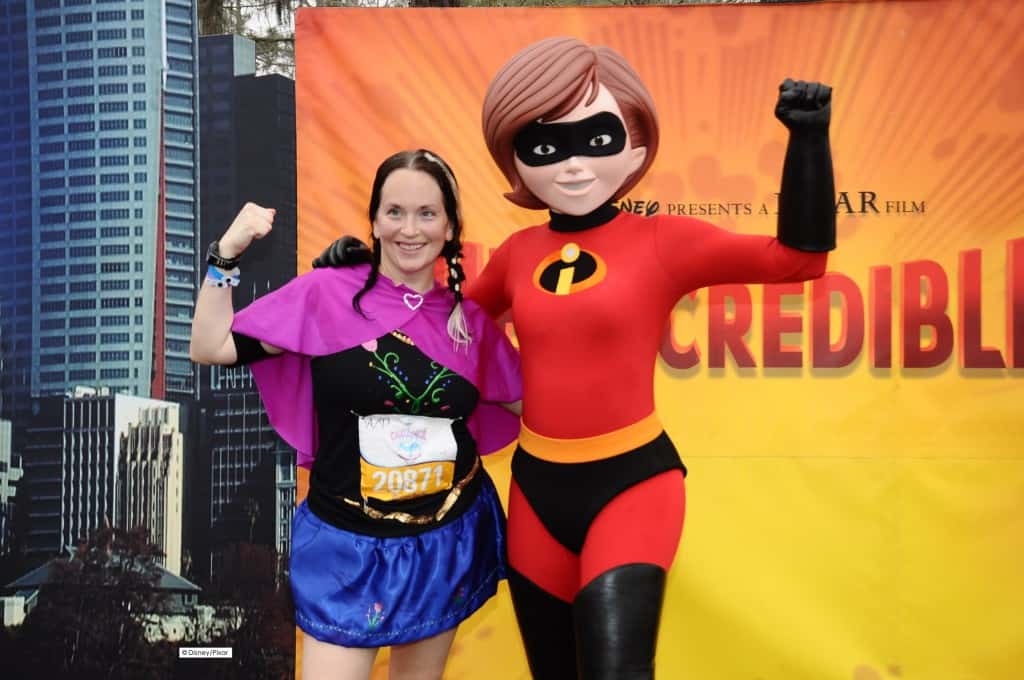 I stopped for Captain Jack Sparrow when I passed him again. 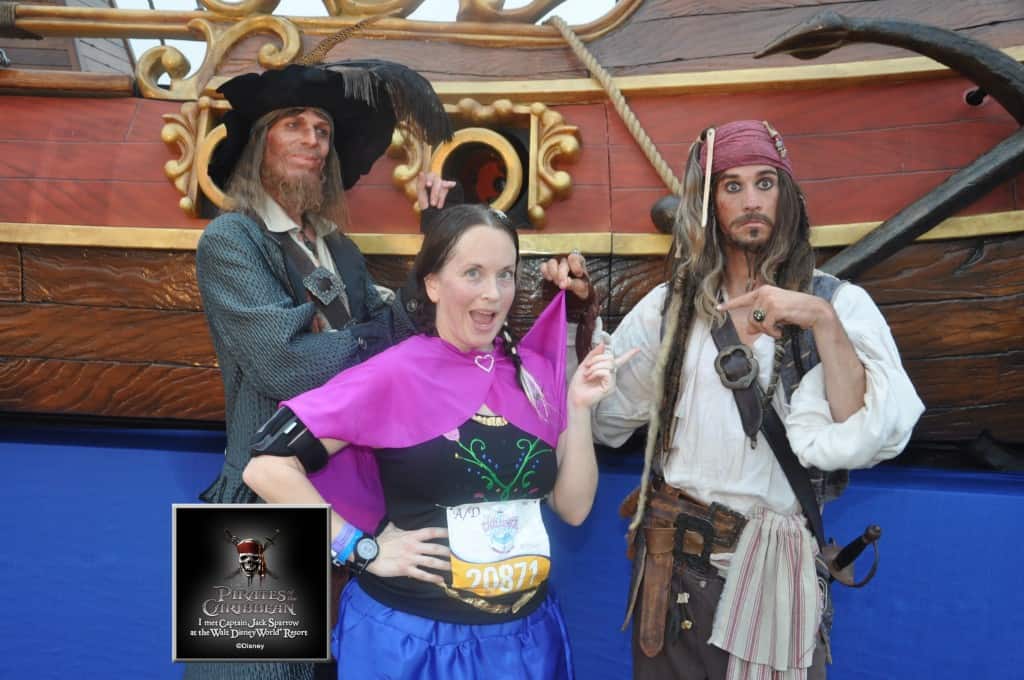 As we came through the backstage area of Epcot I found Princess Sophia and was super excited because my daughter loves her. 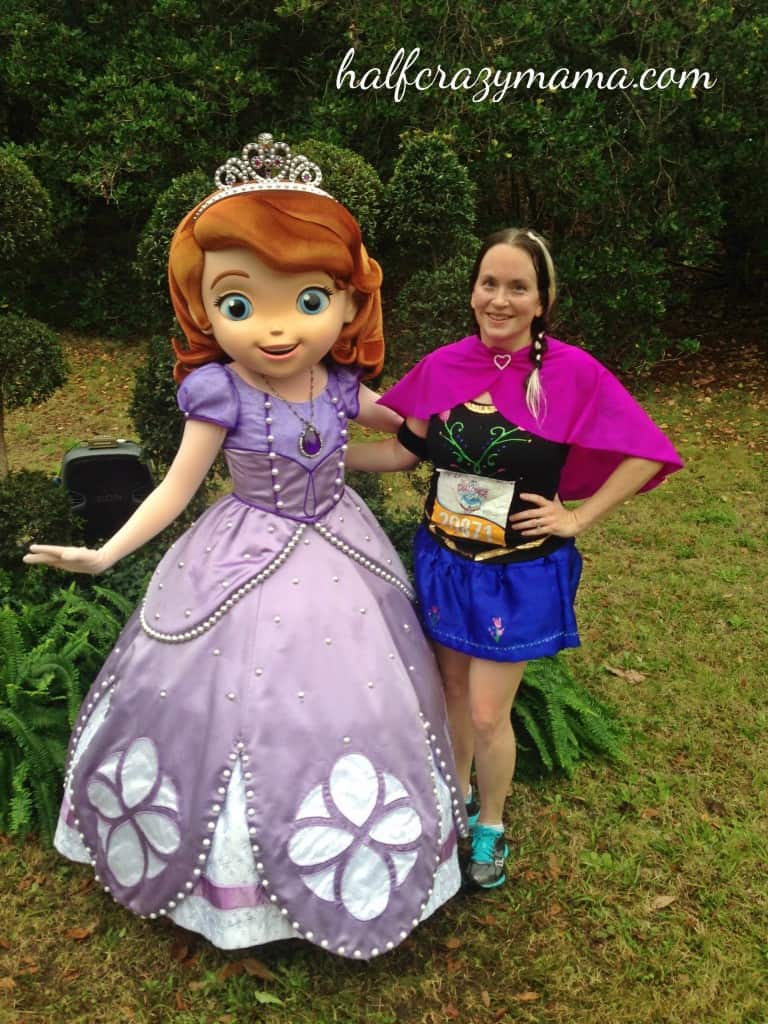 My customary picture with Spaceship Earth. 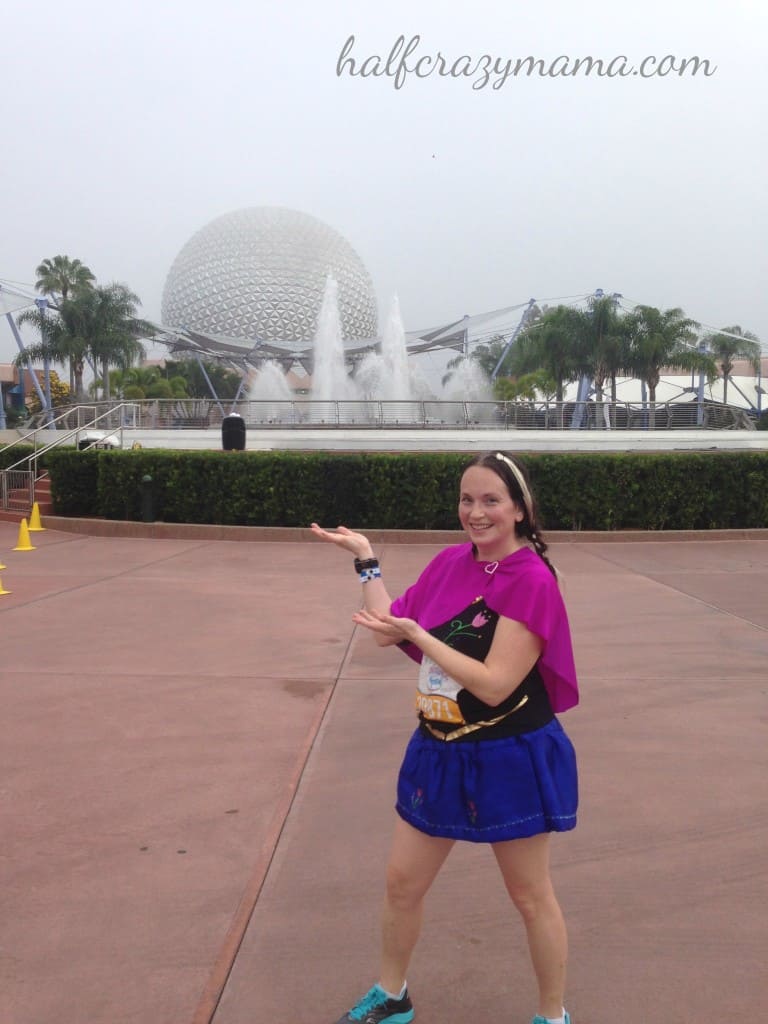 I had a great time running the Princess Half. 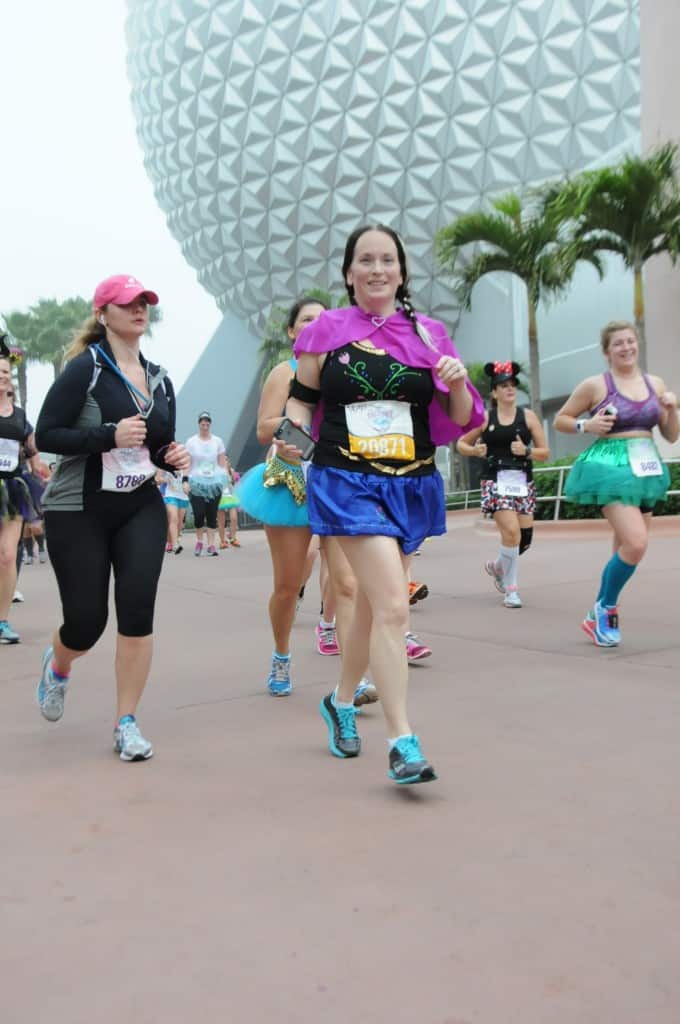 The weather always seems humid to me when running in Florida and this race was no exception.  The cape on my costume made me feel extra hot so I would flip it behind me while running.

I loved the Glass Slipper Challenge and earning my pink Coast to Coast medal for running both the Tinker Bell Half Marathon and the Princess Half Marathon. 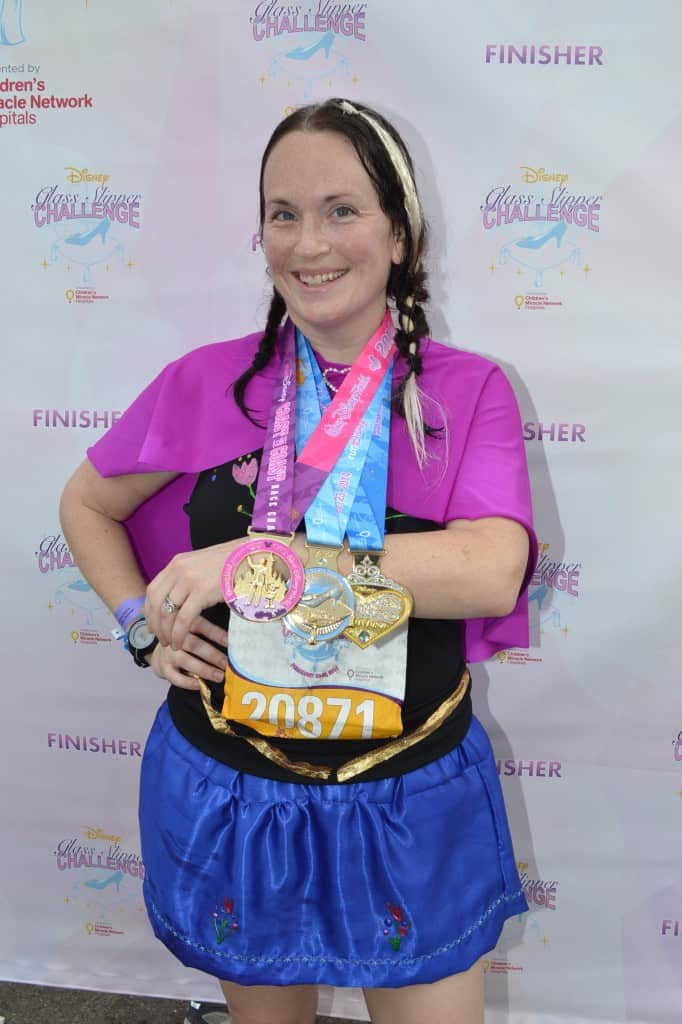 Here is my post on Cinderella Royal Family 5k, dressed as Elsa, and Enchanted 10k, dressed at Ariel, from the Princess Half weekend.

Did you run the Princess Half Marathon?