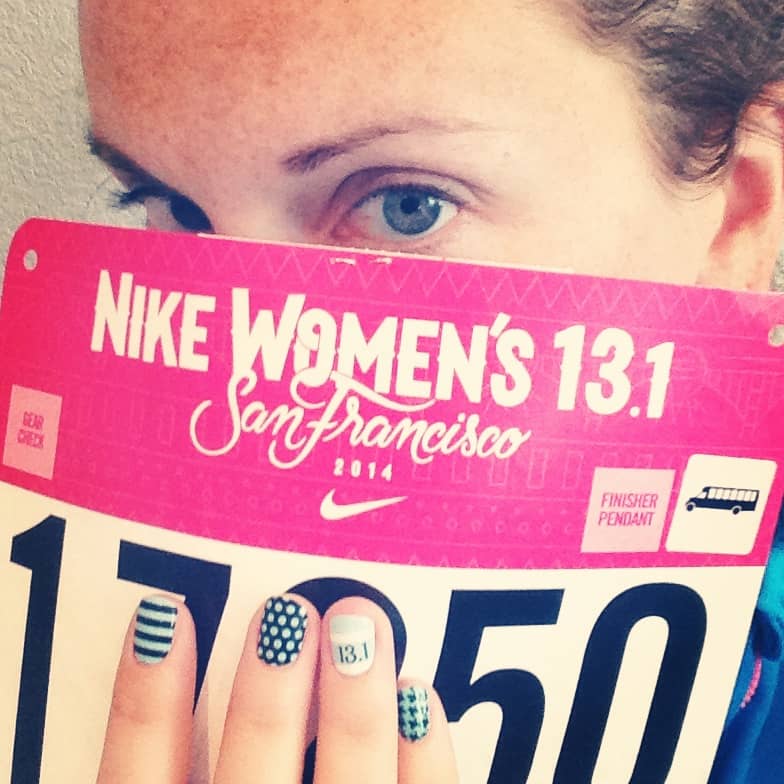 I had tried to get into Nike Women’s SF for a few years, but never had any luck with the lottery…until this year.  I think since I had heard so much about it, but was never able to get in I had set my hopes pretty high.  From my understanding there were a few things that were changed for 2014, starting with the course.  They also only offered a half this year, no full marathon. 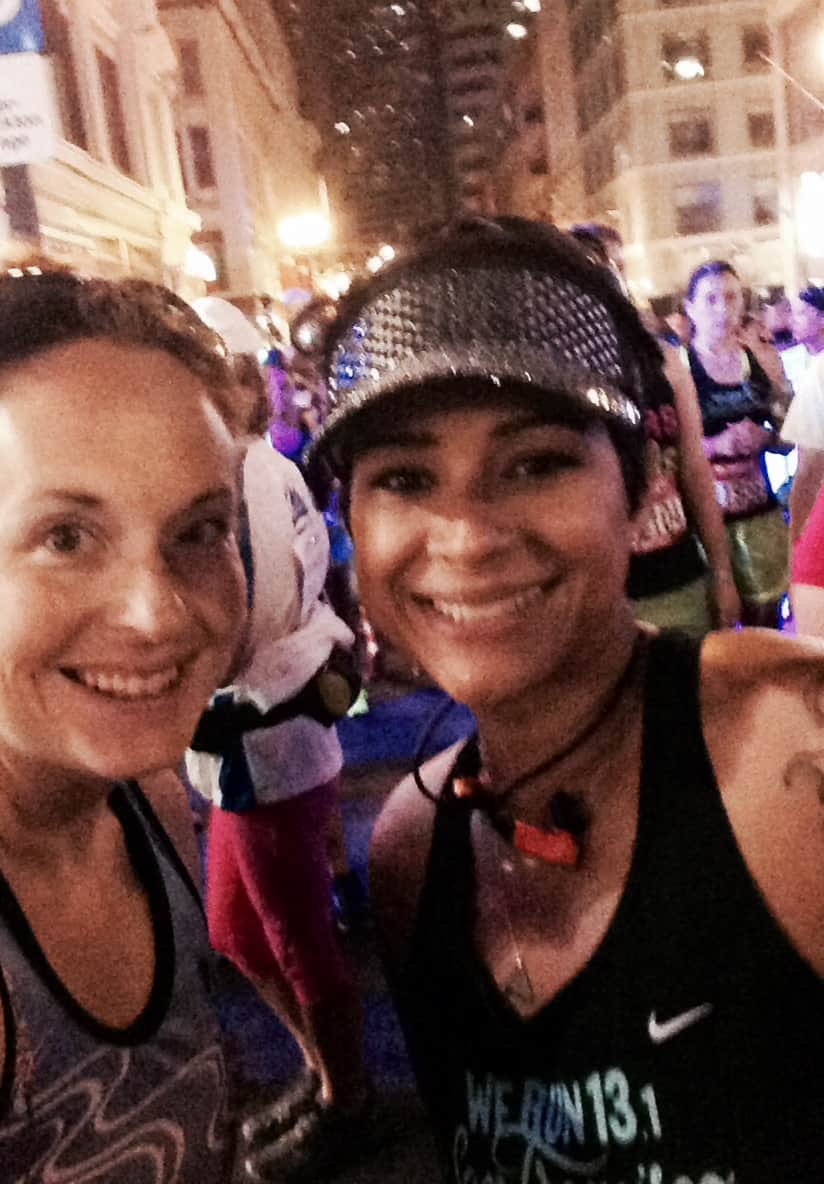 I live about 45 min south of San Francisco, so I got up bright and early and drove up race morning.  I parked and met up with my friend Jindy, who writes Flowers Croon.  I think hanging out with Jindy before and after the race was my favorite part. 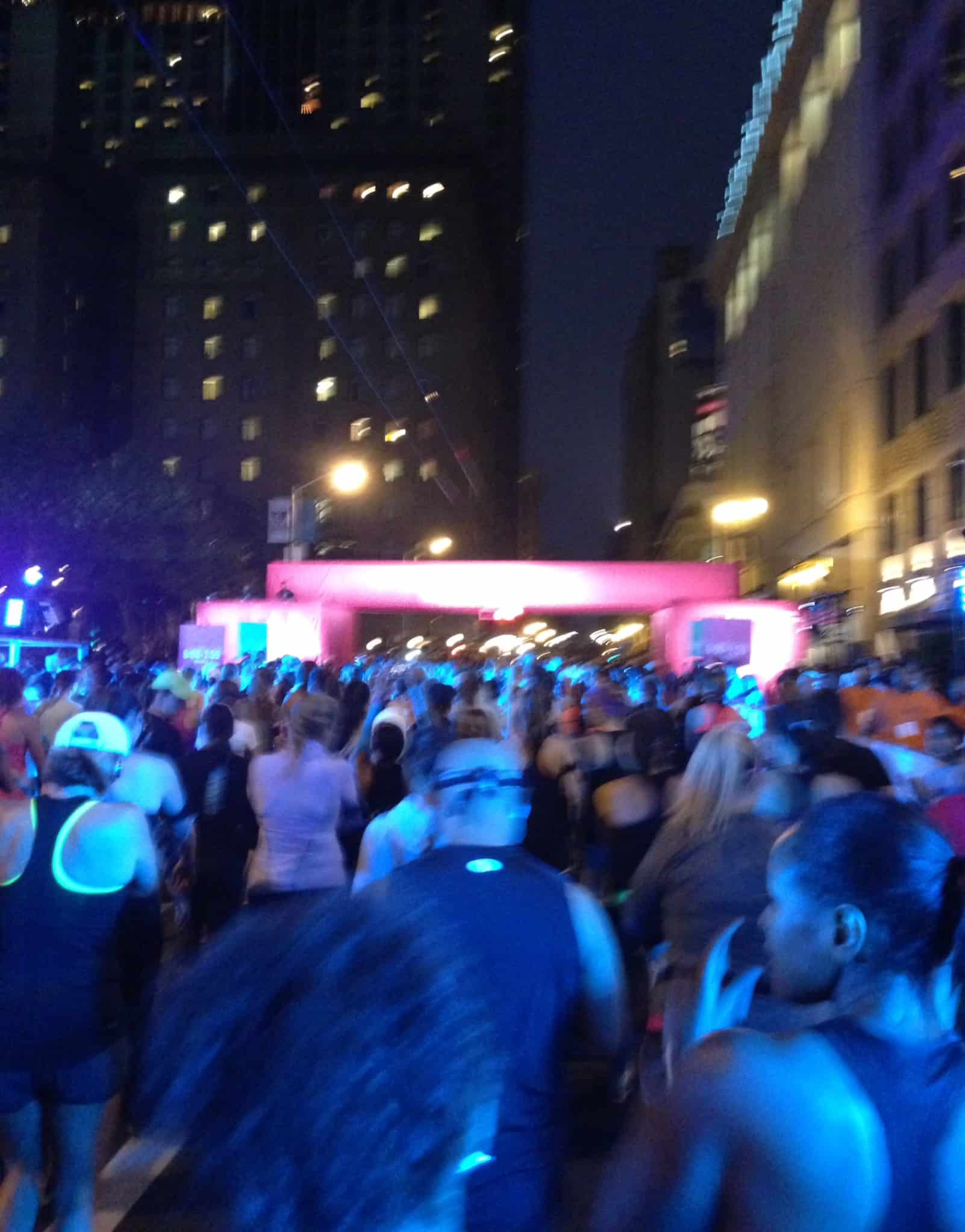 We were corralled based on our pace time.  They had 4 waves.  Did I mention the start was uphill, yep, good old San Francisco right?

I don’t think people come to a race in San Francisco and expect it to be flat, but the course has it’s fair share of hills.  The hill (more like a mountain) at mile 10 was a beast.  It was tough, not to mention at mile 10 is a hard place for a big hill. On the plus side there was a decent amount of spectators cheering us on at the hill. 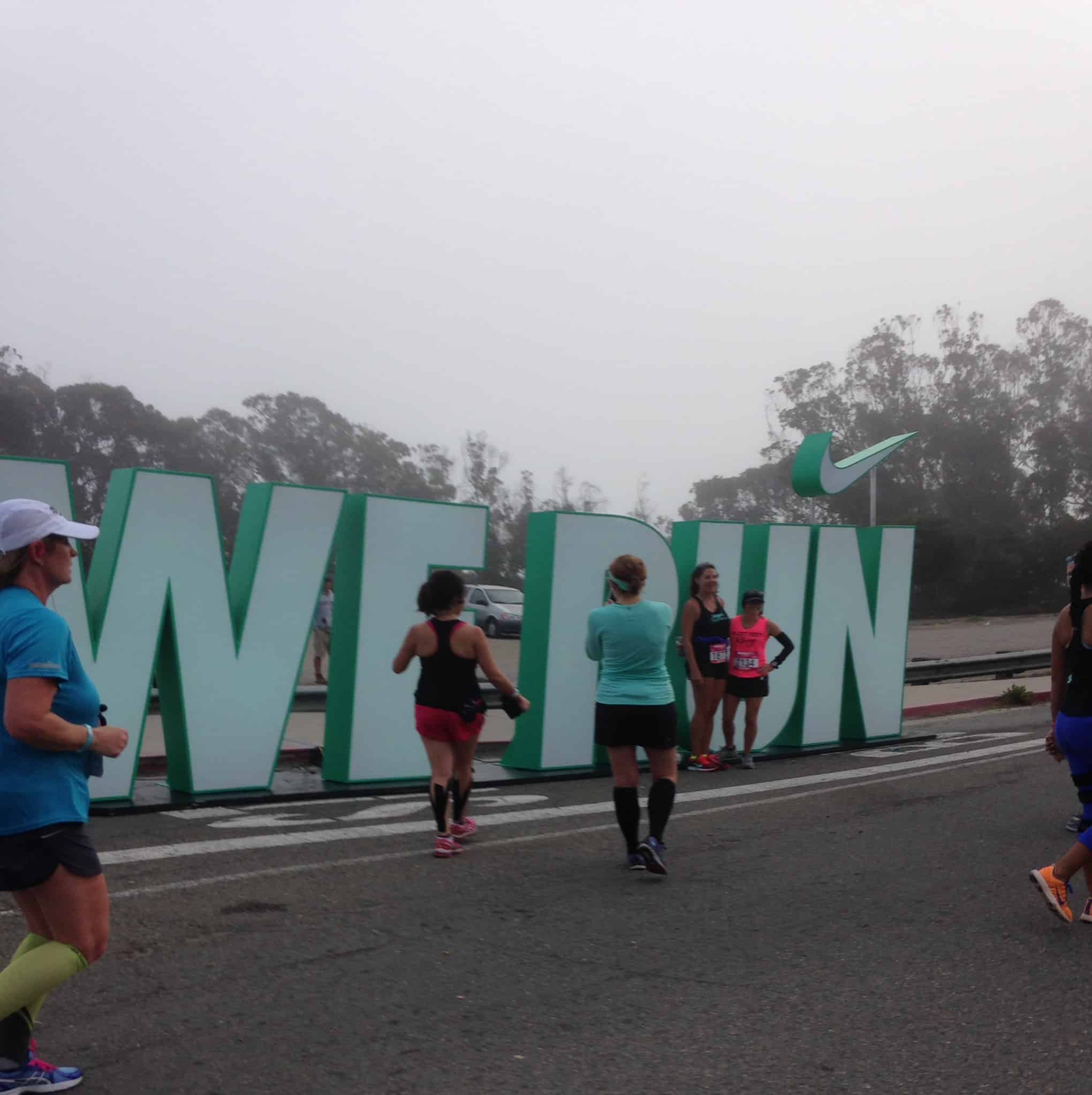 This brings me to the crowd support…or lack there of.  I may have set my expectations to high for this race or maybe I was jaded with how awesome the spectators were in Chicago the weekend before, but the crowd support was barely existent.  Nike Women’s had the “sponsored” type groups of cheerleaders and bands along the way, but as far as the random crowds of people there were barely any.  And most of the people that WERE out were just standing there with their arms crossed watching…not clapping or cheering or anything.  I found that a little odd. What gives San Francisco? 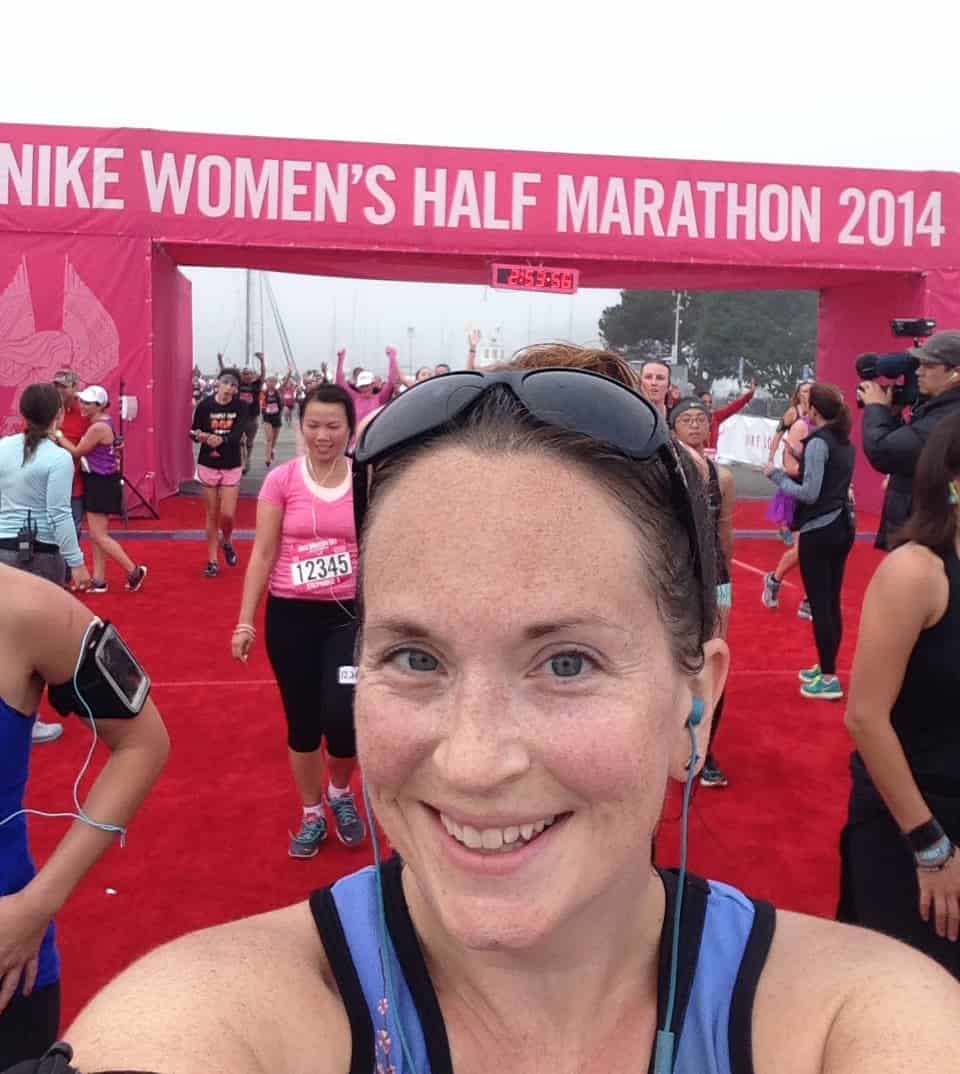 When I got to the finish line I expected firefighters dressed in tuxedos with trays of little blue Tiffany boxes and that wasn’t the case.  I was a little disappointed.  We were given our water, food, and heat sheets.  Then we walked to the exit area where volunteers handed us the blue Tiffany boxes. 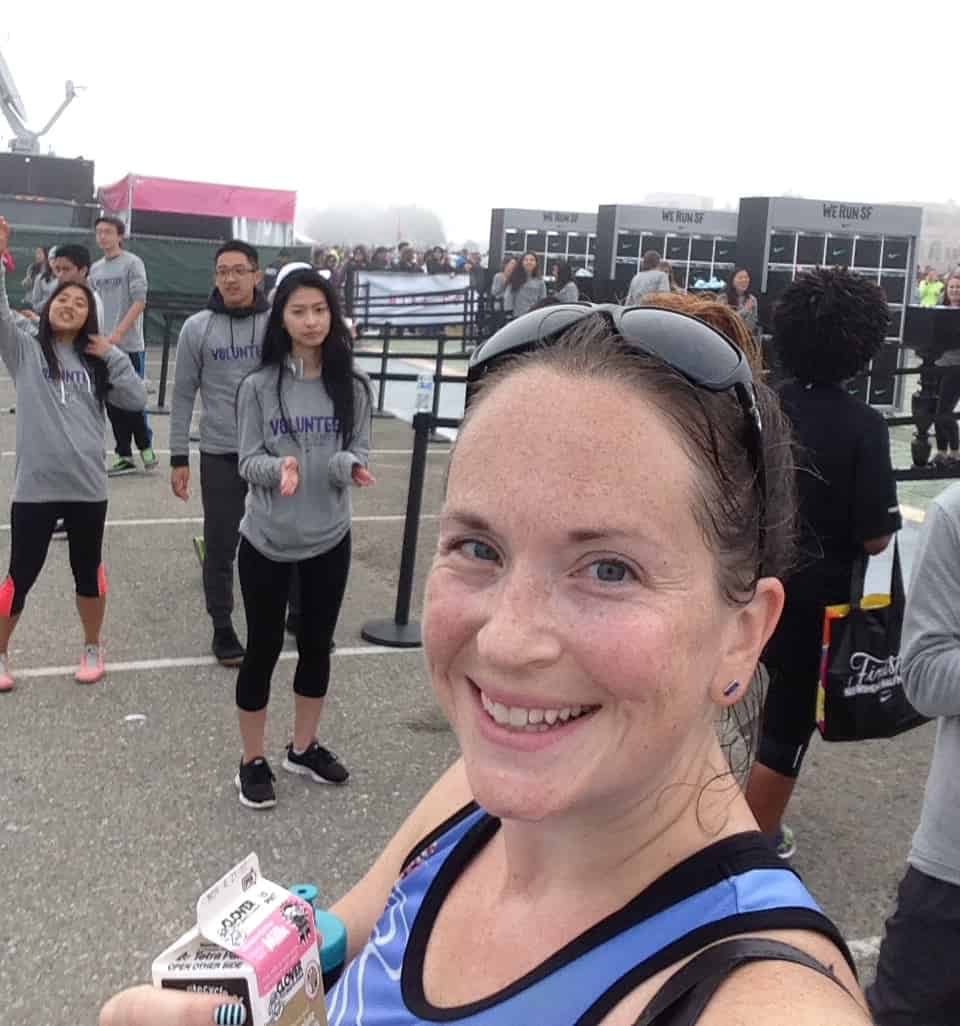 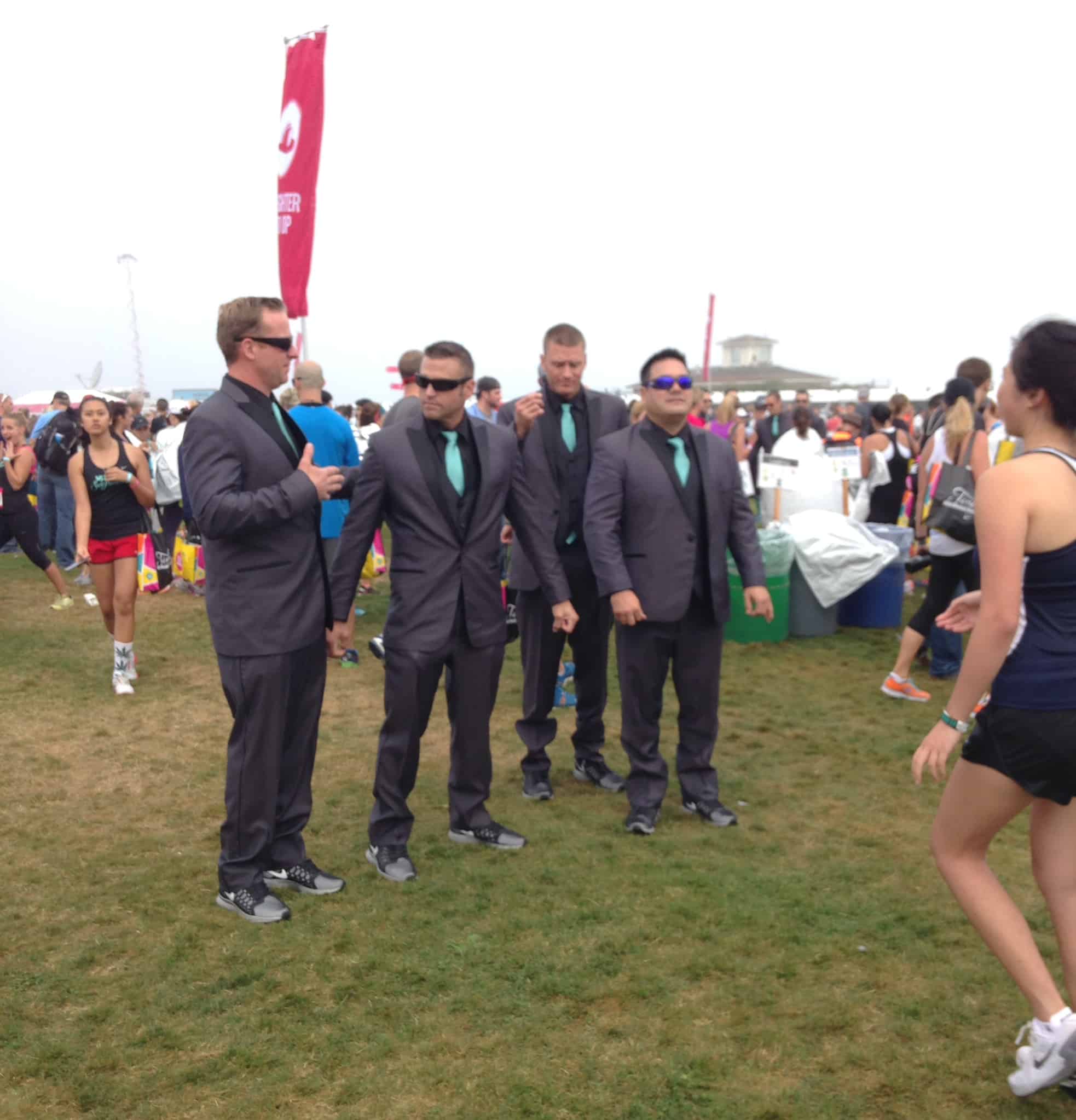 Since the race is a point to point they have shuttles to take you back to Union Square area where the starting line was and also were the parking garages were.  BUT if you want to take that shuttle it cost $20 and you had to pay at the expo and get a sticker on your bib.  Am I the only one that has a problem with paying $175 for a half marathon and if I want to use the race transportation I have to pay an additional $20?  I thought that was ridiculous, but again, just my personal opinion. 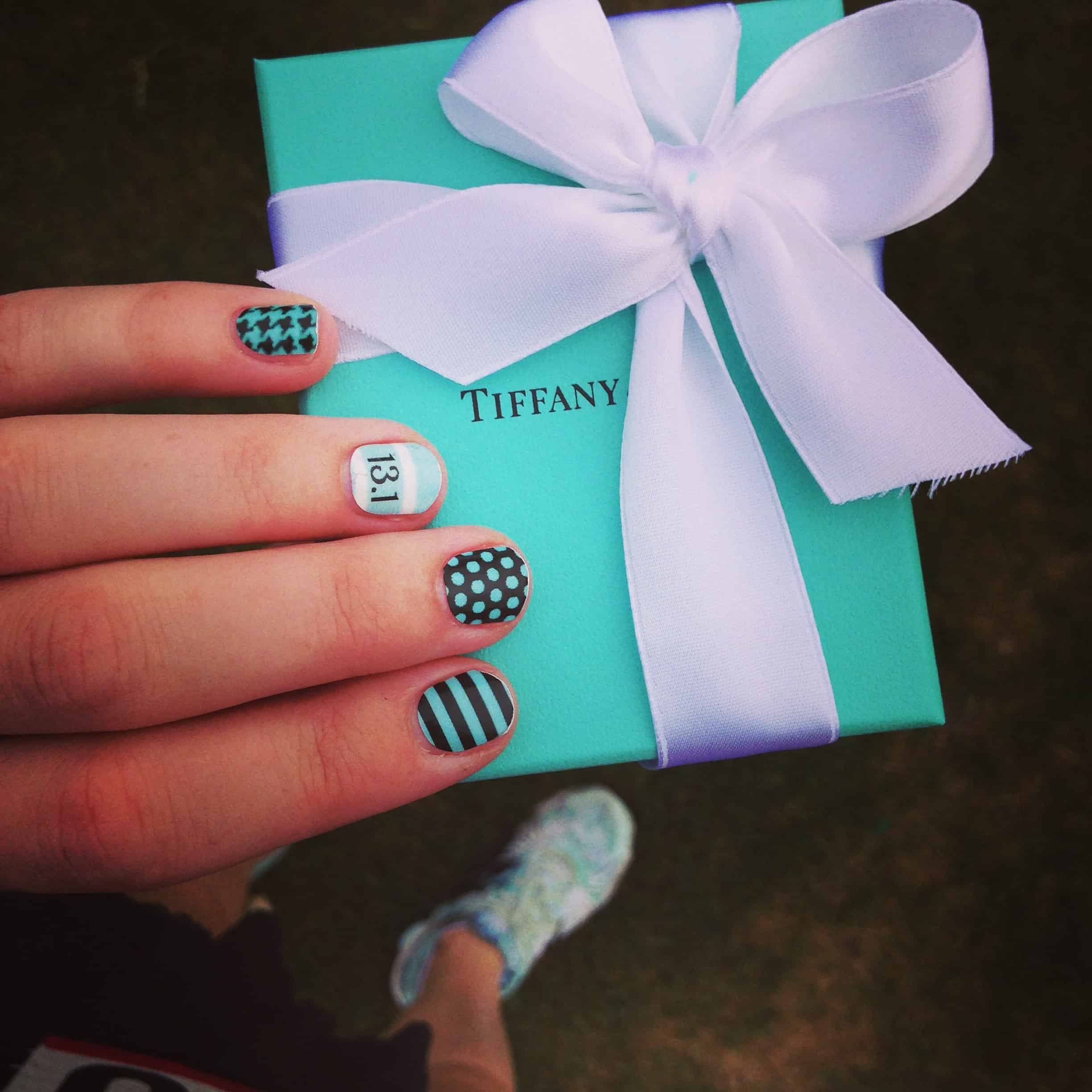 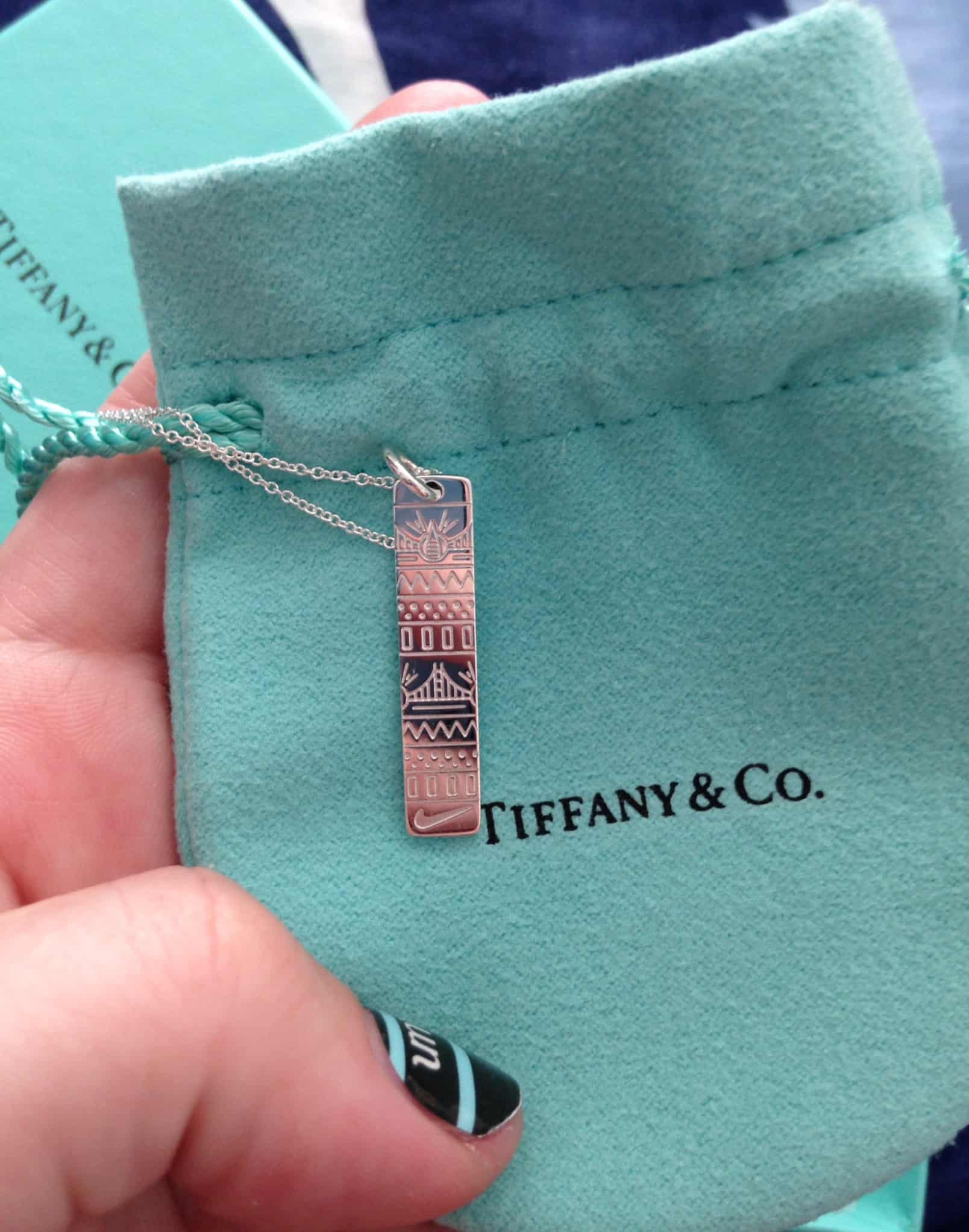 A fun thing if you run the race is to check out the window of the Union Square Nike Store.  They print everyone’s names on the window. 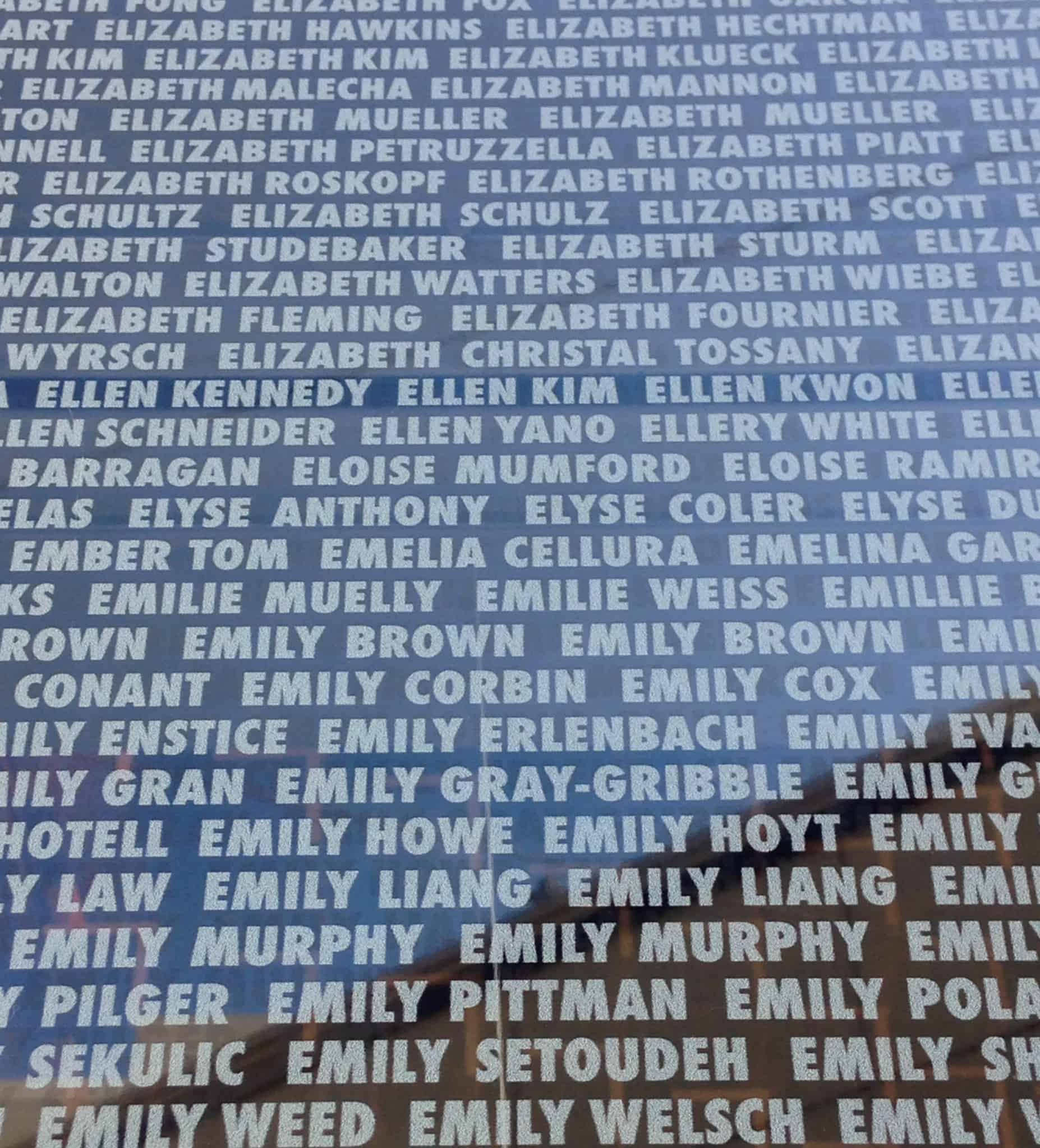 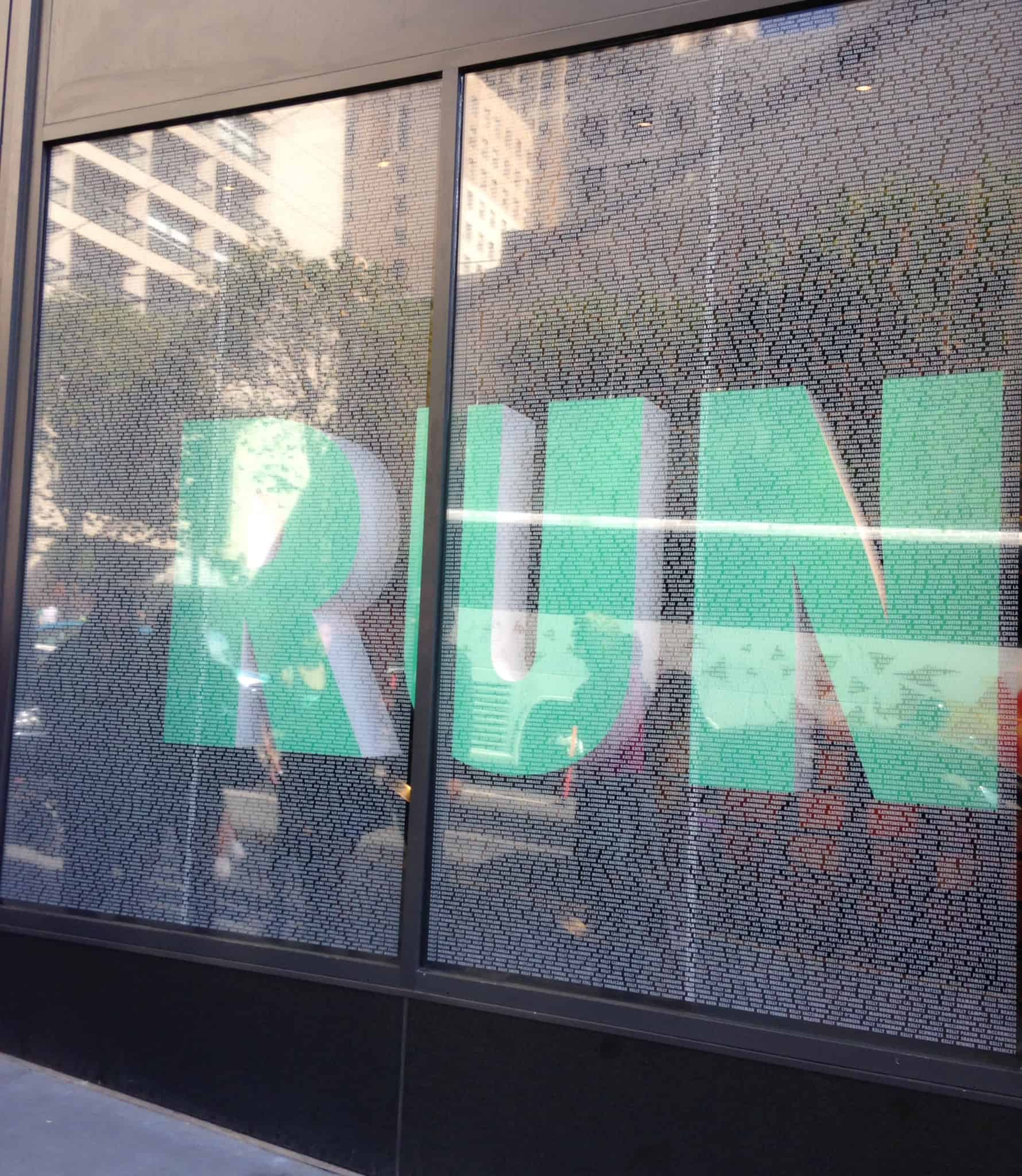 I over all had fun, but it didn’t quite live up to all my hopes and dreams I guess. 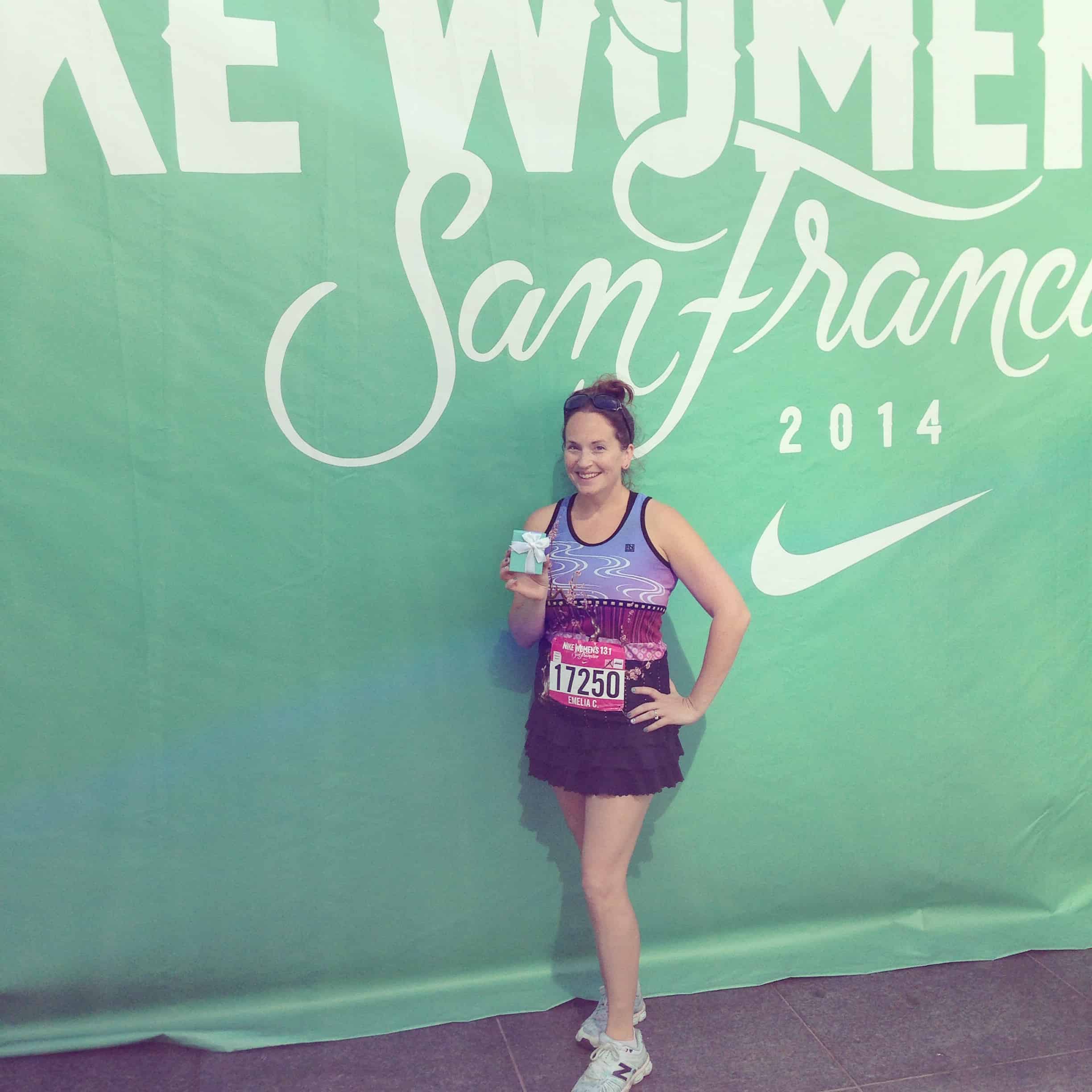 I am curious to see where they move the DC race to.  I am hoping for Chicago because that is a place I would go run again. 🙂 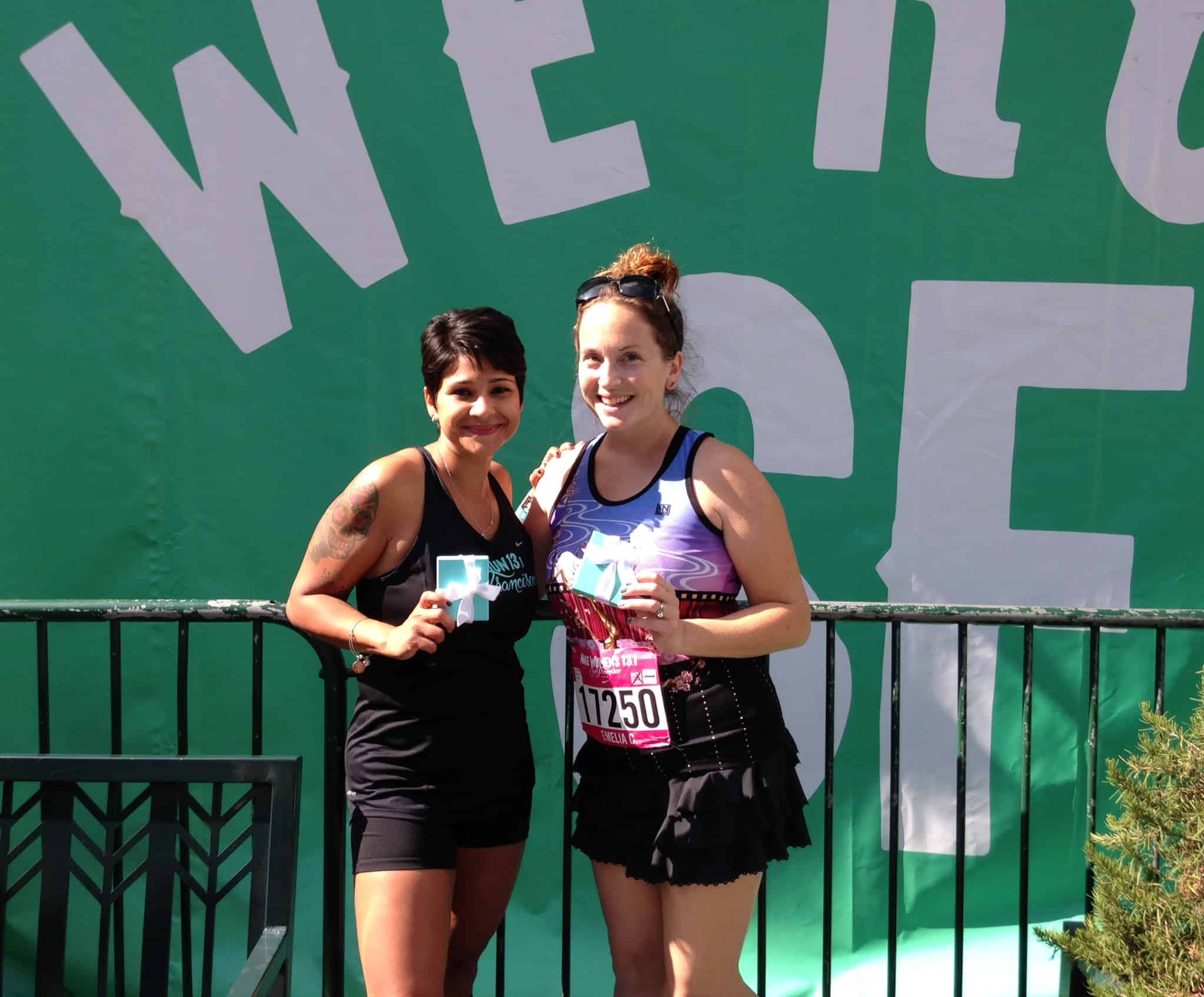 Have you ran Nike Women’s San Francisco?  What are your thoughts?