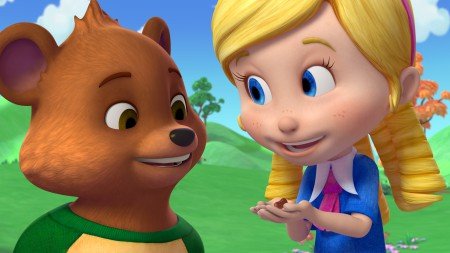 I got to preview an episode of the new Disney Junior series “Goldie & Bear” and both myself and my 5 year old loved it.  This show is fantastic.  It is set in the magical world of Fairy Tale Forest.  The animated series is geared for kids age 2-7.  You may remember Goldie and Bear from “Goldilocks and The Three Bears.” The series premieres in November on Disney Channel and Disney Junior, but will first be available on the WATCH Disney Junior platforms September 12th. 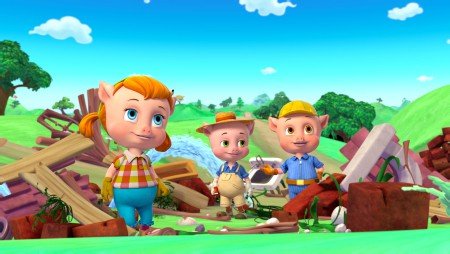 Beginning where the classic story leaves off, “Goldie & Bear” celebrates the distinct personalities of Goldie, Bear and all their pals.  The series is populated with a diverse cast of storybook characters who model friendship, community, respect for individuality, resilience in the face of adversity and compassion for others, and is meant to spark conversations among kids and parents.

I had the pleasure of talking to Chris Gilligan, who is executive producer and director of  “Goldie & Bear.”  Chris’s credits include Disney’s “James and the Giant Peach,” “Ice Age: The Meltdown,” “Dr. Seuss’ Horton Hears a Who,” “Robots” and Oscar-nominated “Frankenweenie.”  Chris has been a lifelong Disney fan.  He loved going to the library as a child and looking at the book “The Art of Walt Disney”.  Chris told me that it is fun how with “Goldie & Bear” they get to play and incorporate familiar stories that we all know.  He is excited to share it with the world. 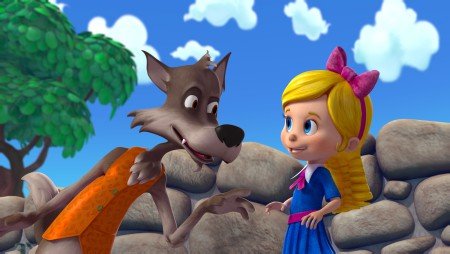