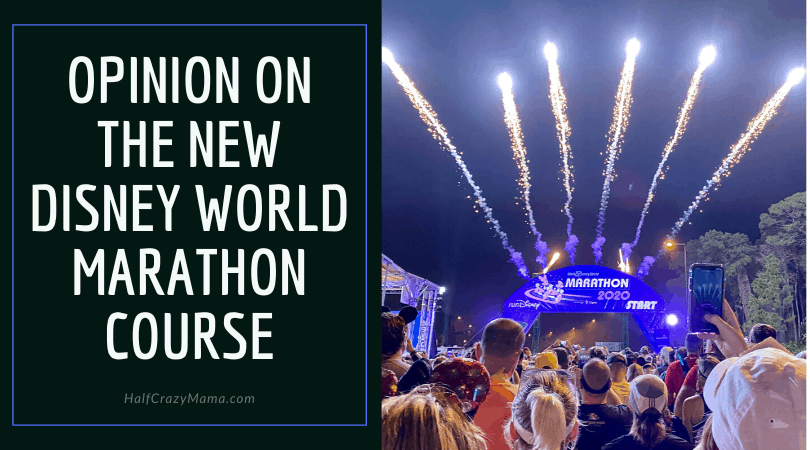 The Walt Disney World Marathon was this past Sunday. This was my 9th time running the Disney World Marathon. I am a Perfect Dopey the past 7 years, running all 4 races, and I have some thoughts. The marathon course in the past had some minor changes, but this year marked some more major ones. Here are all my opinions, the good, the bad, and the ugly, on the new course.

What I liked about the new course:

Let’s start off by saying that I loved not having to run for miles around ESPN Wide World of Sports. I always hated that part and it felt like it lasted forever. I also love not having to run that random out and back before we got to Animal Kingdom. I use to think I hated running on Osceola Parkway…until I ran this new course. Read below for why…

I was initially excited about not having to run Osceola Parkway. It is long, hot, and has several large overpasses. This course made me realize something though. The new course had us run a road from the back of Animal Kingdom down to Coronado Resort and Blizzard Beach area. The mileage was almost the same as Osceola would’ve been, miles 18ish-20ish. The road itself was fine. You know what Osceola had a ton of that this road didn’t though? SPECTATORS!!! Those spectators that were always along Osceola cheering us on were amazing. The one guy with the big bull horn and McDonalds french fries was a staple along the marathon course. This new road was like a Ghost town. It was eerily quiet, no spectators and was a painful stretch to be self motivated. I think I took for granted what all those spectators brought to the course, regardless of what road we were running on. Anyone else feel this way?

Blizzard Beach was ok, but the paths were so narrow that I was stuck behind run/walk pace group through most of it. Running a circle around the hot Blizzard Beach parking lot however was miserable.

Two big things stuck out in my head that we’re missing. One was the green army men. They have been a tradition at runDisney races and were missing off both the half marathon and full marathon courses.

The other was the choir at the very end. I know the course had a different backstage area to the finish line because of construction at Epcot, but still, the amazing choir was always one of my favorite things and I know I’m not the only one.

What were they thinking?!?!?

Ok, now time for “what the heck were they thinking” category. The marathon was suppose to start at 5:00am. We didn’t start until almost 5:30am because of traffic. Can I point out that the first mile of the marathon course was through the Epcot toll plaza, which is where all that traffic needed to come in and needed to be closed down to one lane for the runners to start. That to me seems like bad planning.

Overall, I will always love the Disney World Marathon. It is a great course for first time marathon runners regardless of the changes and is always a lot of fun. While I was happy to not have to run at ESPN the other issues made it a tie for me as to which course I would rather run. What are your thoughts? 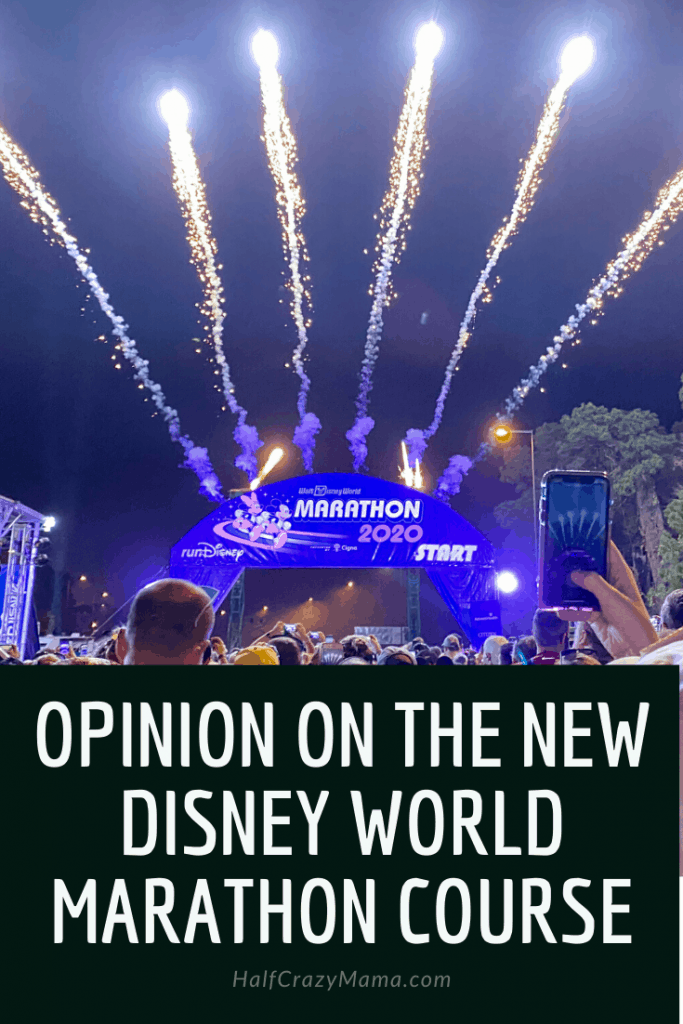