Ok, here is the slightly scary part about our trip to Yellowstone.  My husband got acute mountain sickness.  Acute Mountain Sickness is caused by travel to high altitude and the lack of oxygen up there.  Some people call it altitude sickness and it is part of that.  He has been skiing and to high elevations a lot before, but for some reason he got it only this trip.  Before going to a higher elevation at least educate yourself on what the symptoms are.  It happened to him at night, which is apparently common.  He felt nauseous and restless.  He couldn’t sleep.  I think all of this actually gave him a bit of a panic attack because he has never experienced anything like it before.  He was having a hard time breathing and needed to stand in front of the open window breathing the cold air at 3am.  Let’s say I was more than a little scared.  Our cell phones didn’t have any service so I couldn’t check with Google school of medicine what his symptoms meant.  He was freaking himself out to the point that he was worried he was having a heart attack and I kept asking if he had pain or any other symptoms and he said no, so I was trying to calm him down that I didn’t believe it was a heart attack.  It sounded like a panic attack.  I think with the lack of sleep he had it was making him slightly delusional too.  Luckily Little Monkey slept through all this excitement.  At the first light we got everyone in the car and drove to one of the clinics in Yellowstone that was a half hour away. 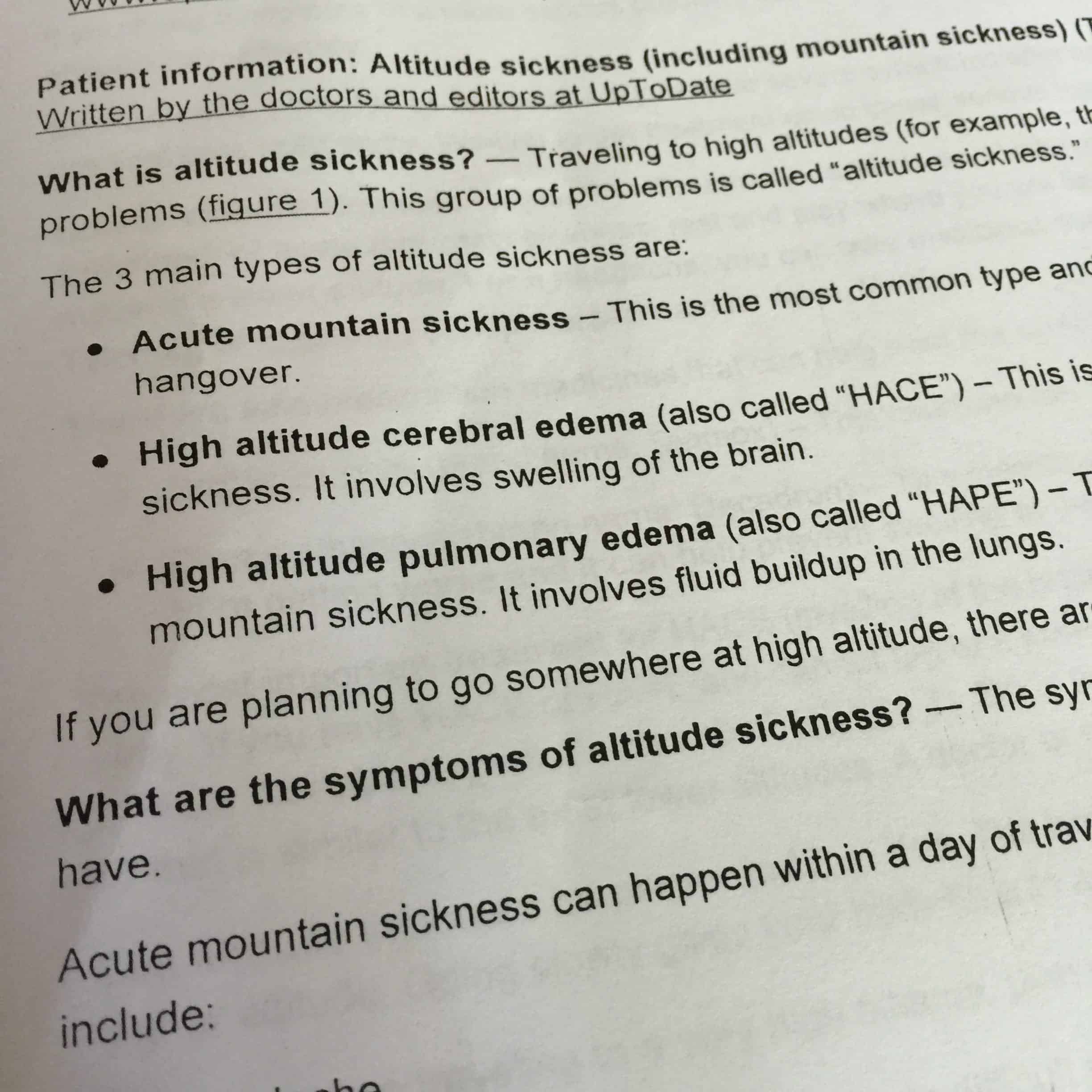 At the clinic they had a pamphlet about mountain sickness and some of the symptoms were:

We live at sea level and where we were during those 2 days was between 7800 ft and almost 9000 ft. It was scary, but luckily not anything serious.  I just thought I would share what happened because we travel a ton and have never experienced anything like this.  If it can happen to us, it can happen to others and I just want people to be aware, so they don’t launch themselves into a panic attack.  Mountain sickness can get more serious, so be sure to talk to a doctor.

Have you ever experienced mountain sickness?