My First Time on Rock ‘n’ Roller Coaster starring Aerosmith at Disney’s Hollywood Studios And I Have A Video To Commemorate It! 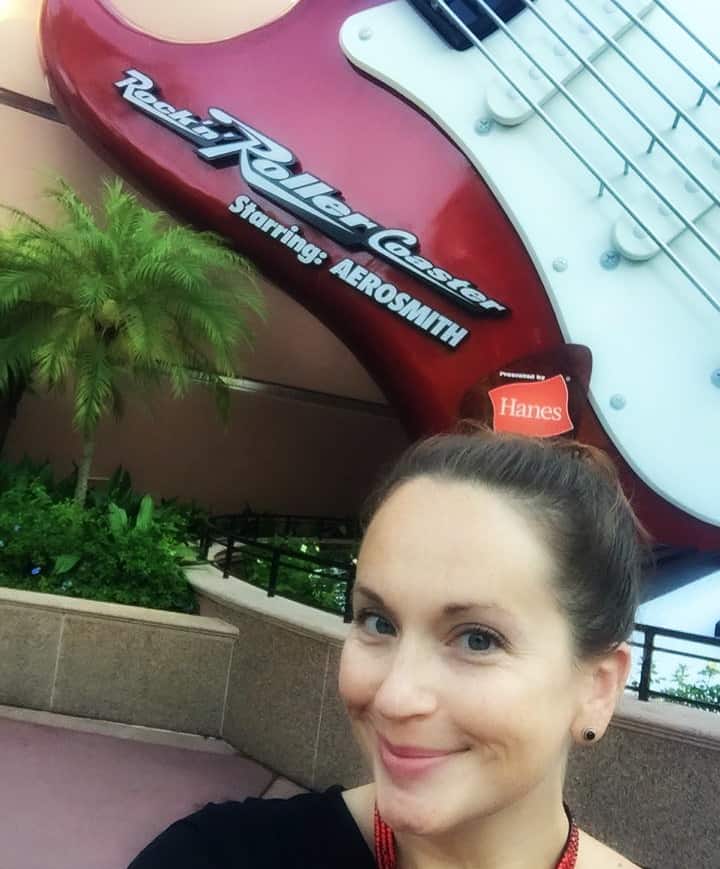 I have rode on plenty of roller coasters, but for some reason I had never been on Rock ‘n’ Roller Coaster starring Aerosmith at Disney’s Hollywood Studios.  I think the reason is my trips to Disney World have only ever been with my family and my daughter has been to little.  I was invited to the Disney Social Media Moms celebration and was given the opportunity to do a ride mount video.  I said yes and then started to wonder if that was a good idea.  I didn’t know what to expect on the coaster because I had never been on it.  Would I laugh? Cry? Vomit? Sing? Scream?  I had no idea, but then I realized that maybe that is what would make the video more entertaining.

The amazing Disney video team mounted the camera right on the coaster.  If you have rode on Rock ‘n’ Roller Coaster you know that it is pretty dark in there with blacklight signs.  Lights were mounted next to the camera, so you can see me really well…but not really any of the ride.  I think that is what makes this funny.  And here you go…the video:

Have you ever been on Rock ‘n’ Roller Coaster?