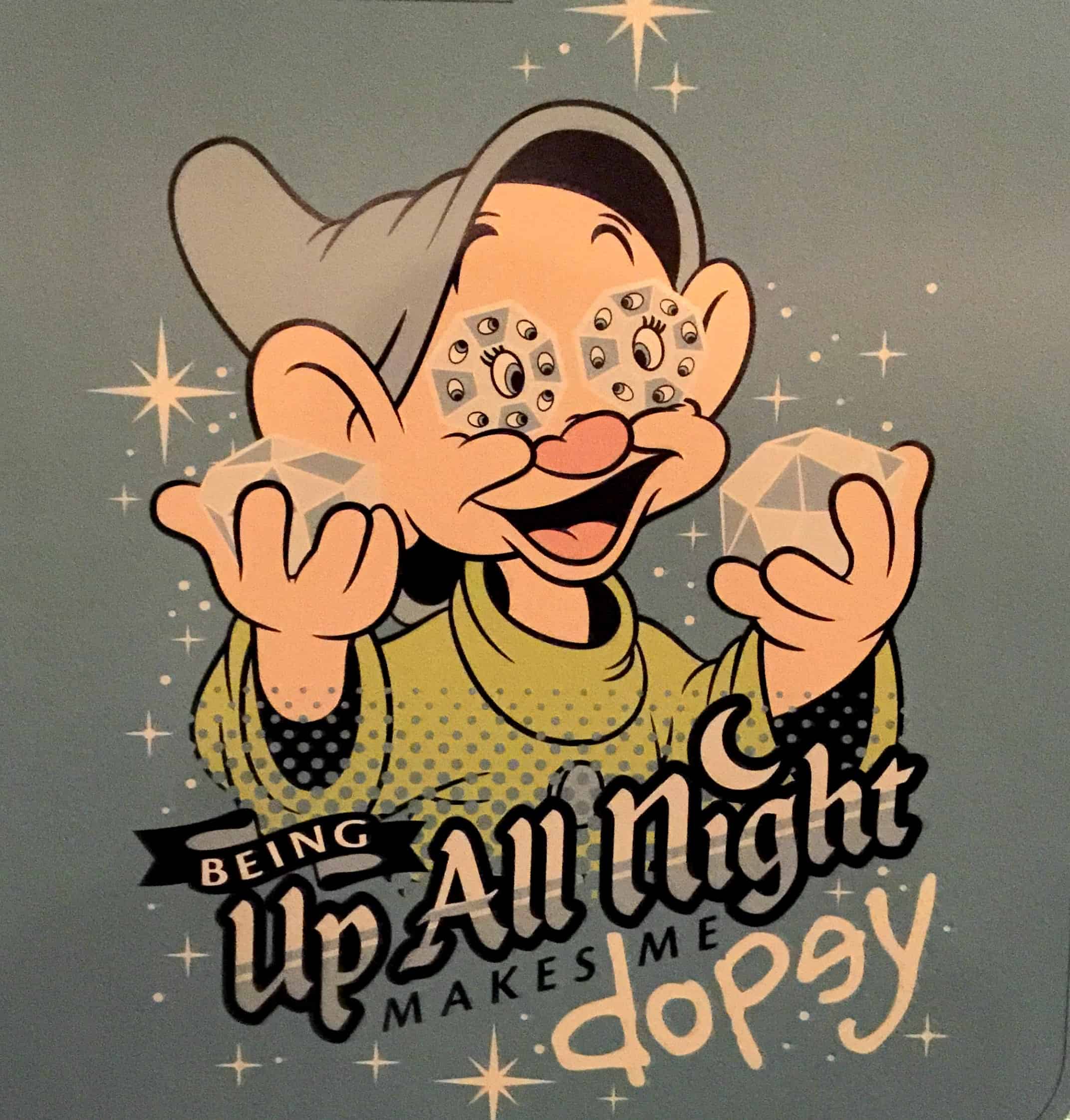 Good ‘ole social media has a lot of opinions of what went down with the Disneyland 24 hour event this past weekend.  Some are very angry they couldn’t get in, some are happy that they were able to attend, some conspiracy theorists are saying that Disneyland wasn’t actually crowded and they just closed the gates as a publicity stunt.  I can wholeheartedly say that Disneyland was crazy crowded.  Ride times were long, but not what you would’ve expected for a capacity day, so that has people saying it wasn’t crowded.  The only reason the lines weren’t insanely long is because of the lines for the new popcorn buckets, Pandora charms, and limited edition merchandise.  THOSE lines were insane.  Not to mention the people camping out on Main Street starting when the park opened for the new fireworks and parade…that wasn’t until that night!

The morning was crowded, but we all expected it to be.  The Disney “powers that be” had warned everyone ahead of time that they were anticipating reaching capacity that day, so be sure to arrive early.  I had a flight scheduled to fly down that morning arriving in Orange County at 7:55am.  I was worried that they would reach capacity before I even got in.  They didn’t.

Here is the problem that I DID have though.  The lockers were all full except for the ones in California Adventure.  I had an 11:30 lunch at Club 33.  I was dressed nice for the event and brought a change of clothes for rides, comfy shoes, nighttime sweatshirt, bottled water, etc.  Since I couldn’t get a locker at Disneyland I got a locker at California Adventure.  I went to my lunch and had an amazing time.  During this time is when the park swelled with guests and then we heard around 1:30pm that the gates were closed and even re-entries weren’t being allowed in.  Lunch was done and we thought we would check out Main Street to maybe camp out for parade and fireworks.  Boy were we mistaken.  Main Street was already lined with people 10-12 deep and it was only 2pm.  There was absolutely no space ANYWHERE, and by anywhere I don’t just mean the curb, I mean no space ANYWHERE AT ALL  and the parade wasn’t for over 6 more hours! 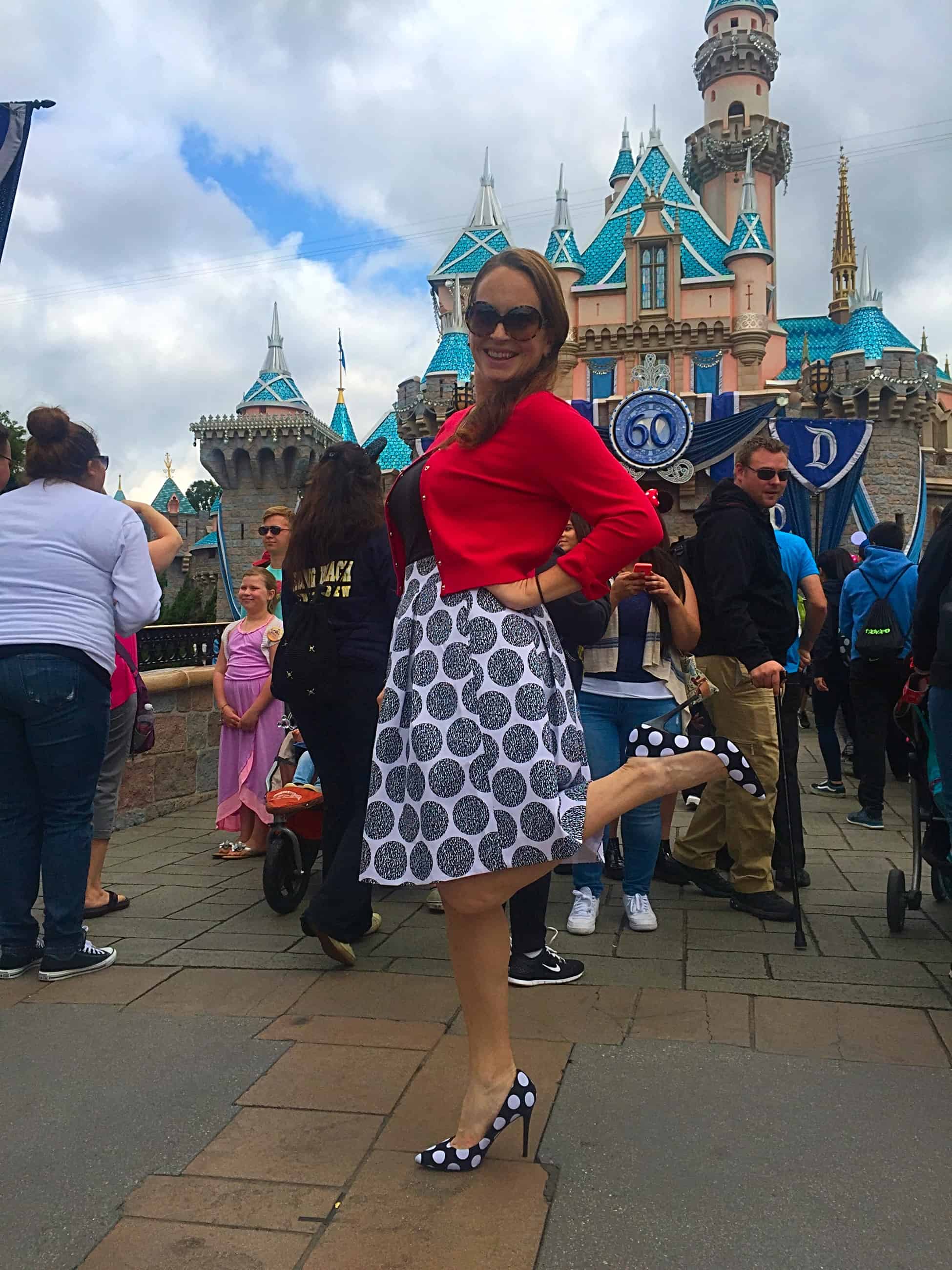 I couldn’t go to California Adventure to get my change of clothes, so I just put my flip flops on that I had in my purse and put my cute little polka dot heels back in my purse and wore that the rest of the time.  Since we couldn’t camp out on Main Street we decided we might as well ride rides right?  We hit up the Haunted Mansion first to see hatbox ghost.  The wait there I believe was around 45 minutes.  That seems long for the Haunted Mansion when it isn’t the holidays, but with that many people in the park it seemed pretty short…since they were all in line for popcorn buckets and parades.  (Side note: who waits in line for 2 hours for a popcorn bucket?!?!?! Literally those same buckets will be around the whole summer.  The next day I could’ve walked right up to any popcorn stand and bought one.  I’m a huge Disney fan, but even that baffled me.)  We rode Big Thunder Mountain.  Again I think the wait was only like 4o min?  We also rode Matterhorn Bobsleds, which was awesome with the new effects.

We waited and stood with the huge crowd to watch the new fireworks show.  It was AMAZING!  Protip: when choosing a viewing location for the new Disneyland Forever Fireworks show pick a place where you can see the front for the castle AND the Matterhorn.  The effects on the Matterhorn are my favorite part.  You don’t want to miss it.

I kept checking Twitter while inside the park because it was like we were in a little (very crowded) bubble. We had no idea what was going on outside the park. I had heard and saw pictures on Twitter of a huge crowd on the esplanade that was angry they couldn’t get in. A cast member said they had to call police in to help with crowd control out front. I don’t know if that is true or not, but when we rode the train around the park we could see the esplanade was empty and had been cleared.

DCA had reopened their gates around 4:00pm I believe, so a lot of the crowd went there.  I then saw that while alcohol was suppose to be served until 1:30am there, all alcohol sales had been cut off at 10:30pm.  So now to recap, Disneyland’s gates are still closed and DCA has a crowd of somewhat rowdy people.

My thought, and I think it was the thoughts of the “powers that be” of Disneyland, that after the parade and fireworks were over there would be a huge hoard of people leaving.  Keep in mind that was at 10pm.  BUT THEY DIDN’T!  The people stayed…most of them anyways.  It wasn’t until after the 1:00am showing of the parade that we noticed the crowd had thinned out.

Then….it happened…around 1:30am the flood gates opened.  I was standing with friends on a somewhat empty Main Street after watching the parade and all of a sudden a large swarm of people started pouring in and running towards us…literally running.  It was like a scene from a movie.  We stood there stunned for a moment (keep in mind we were 19 hours into our 24 hour day) and then quickly decided we should probably move and fast.  Cast members appeared out of no where telling people to walk, but this crowd obviously didn’t care.

Just like that the park was crowded again.  A lot of the attractions closed around 3:00am, which was on the schedule, so the wait times for other attractions swelled.  We were able to walk on Jungle Cruise though which was fun.  We hit up Fantasyland and rode Dumbo and the carousel.  The wait for Star Tours and Space Mountain was still 45 min at 5:30am! 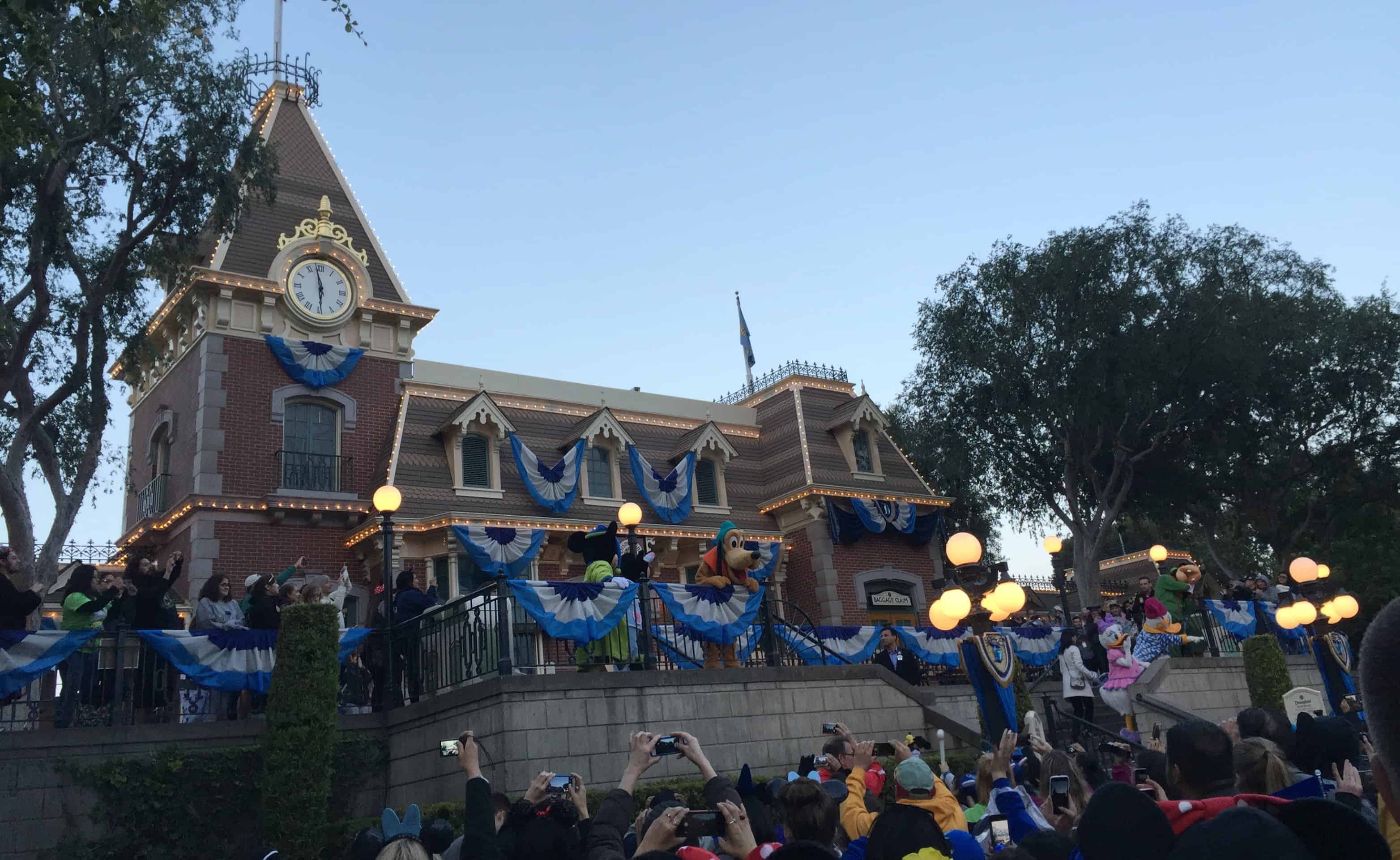 We made it until 6:00am and watched the closing ceremony.  I had a really good time, it was just VERY different from any other Disney day I have ever experienced.

P.S. Around 5:00 am I was able to go over to DCA to get my stuff out of the locker and then re-enter Disneyland and man o man those comfy running shoes had never felt so good!

Were you at the 24 hour event?  Thoughts?