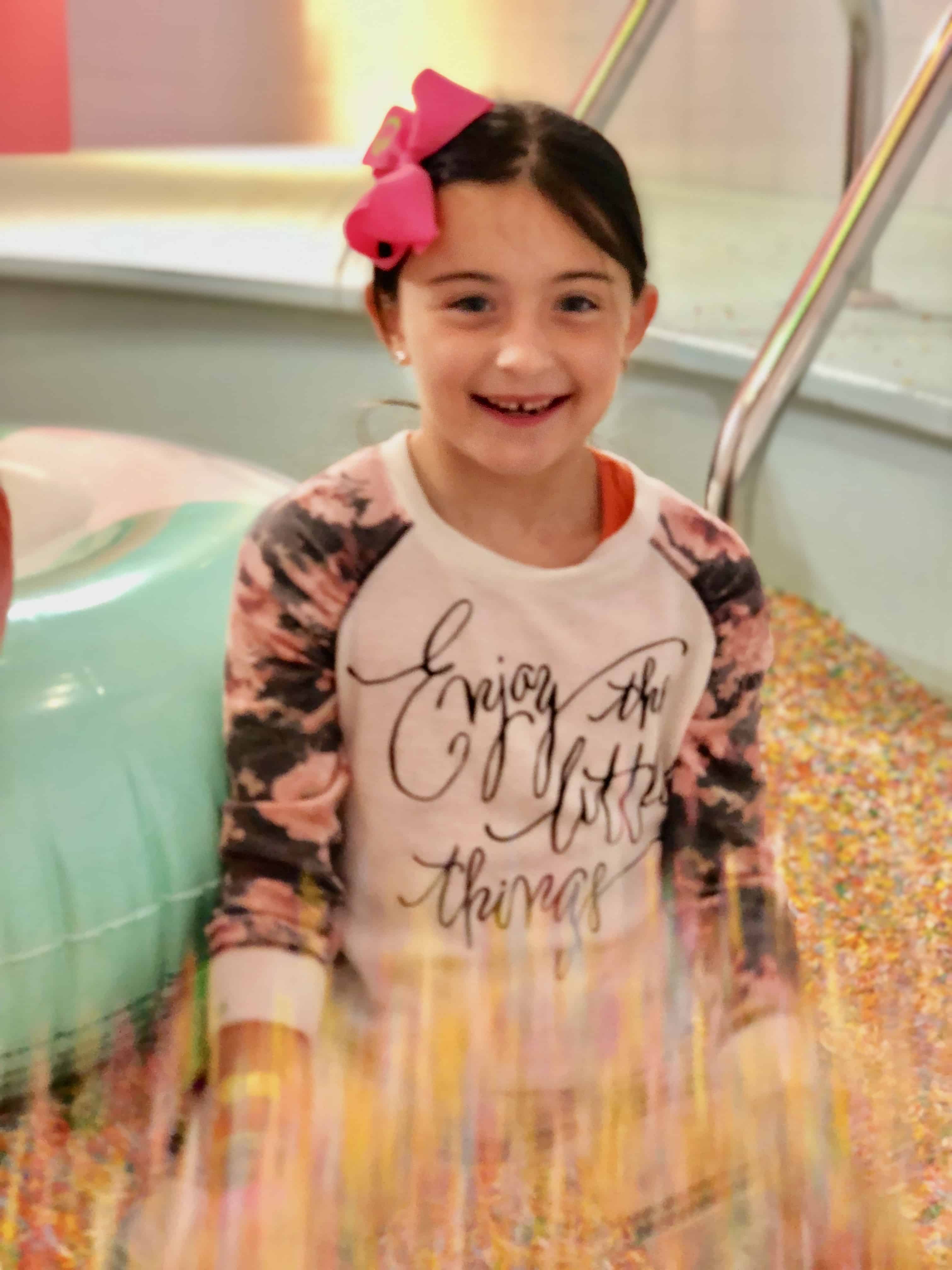 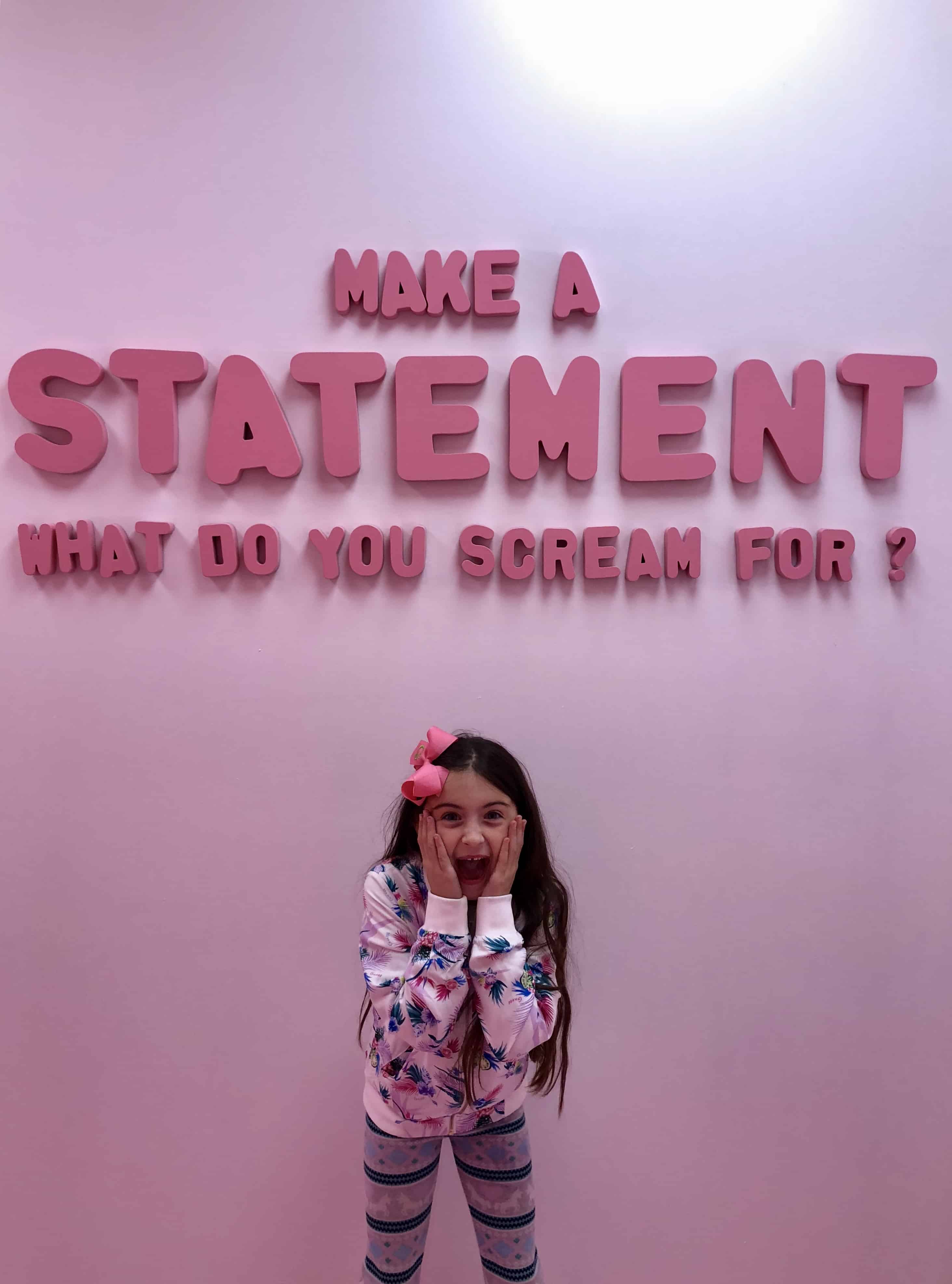 My first exposure to the Museum of Ice Cream was on Instagram.  I saw pictures of pink bananas and a sprinkle pool and was instantly intrigued.  Museum of Ice Cream San Francisco is right by Union Square, which is nice because there are plenty of parking garages around.  When you buy your ticket you are scheduled for a specific time on a specific day.  They are pretty strict about it too, so don’t be late!

We went in with a small group of people and was given a talk about the museum and was told to pick a team name.  We were the Mint Chip Sprinkles.  We made our way downstairs to where the vault is and was told a little more about the museum and then let loose on our own.  The museum moves you from room to room and once you go on to the next room you can’t go back, so take your time. 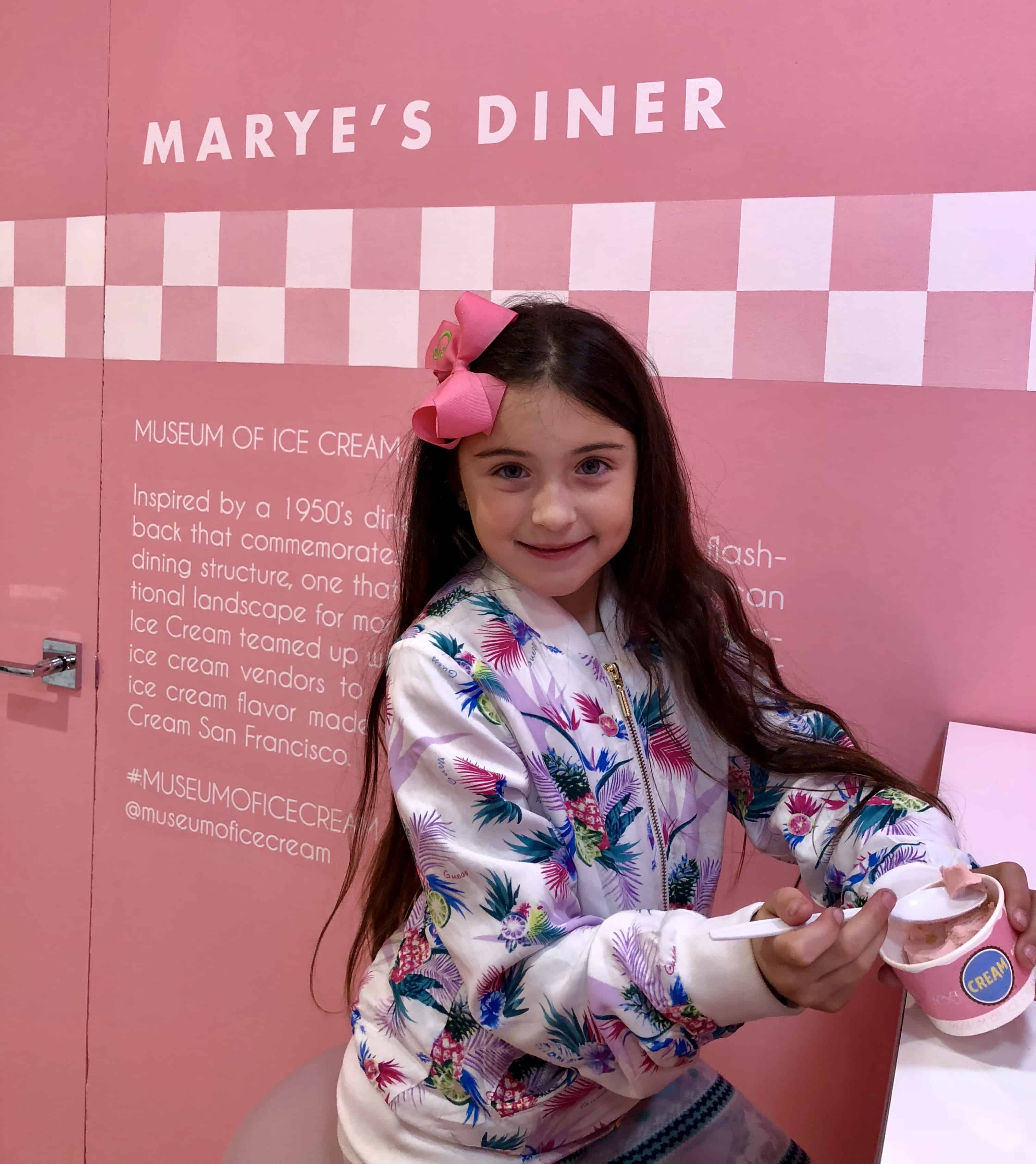 First we sampled Pink Peach Bellini ice cream, which was my favorite that we tasted that day. 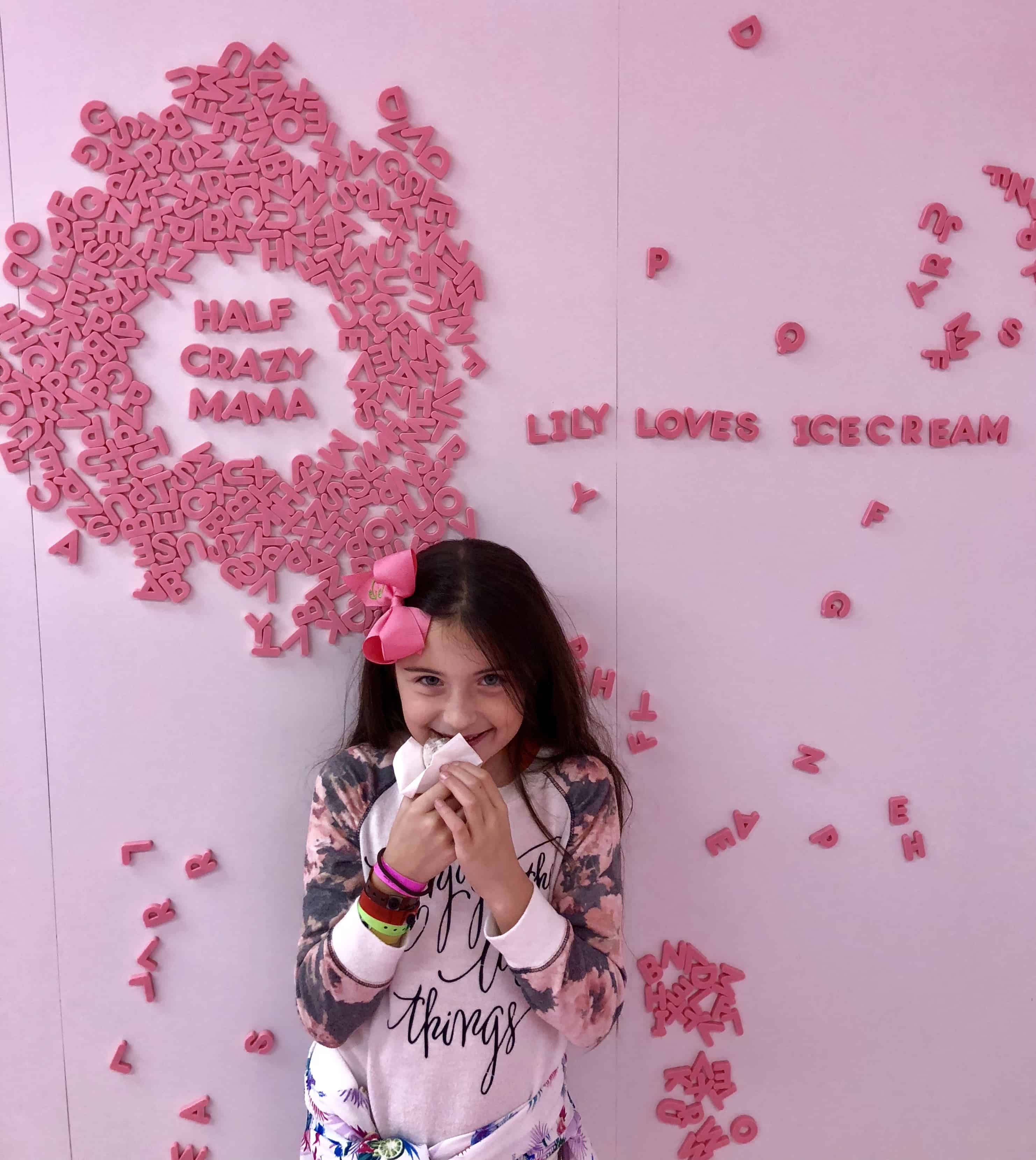 In the next room was magnetic walls with pink letters like a giant refrigerator.  In this room we tasted mochi. 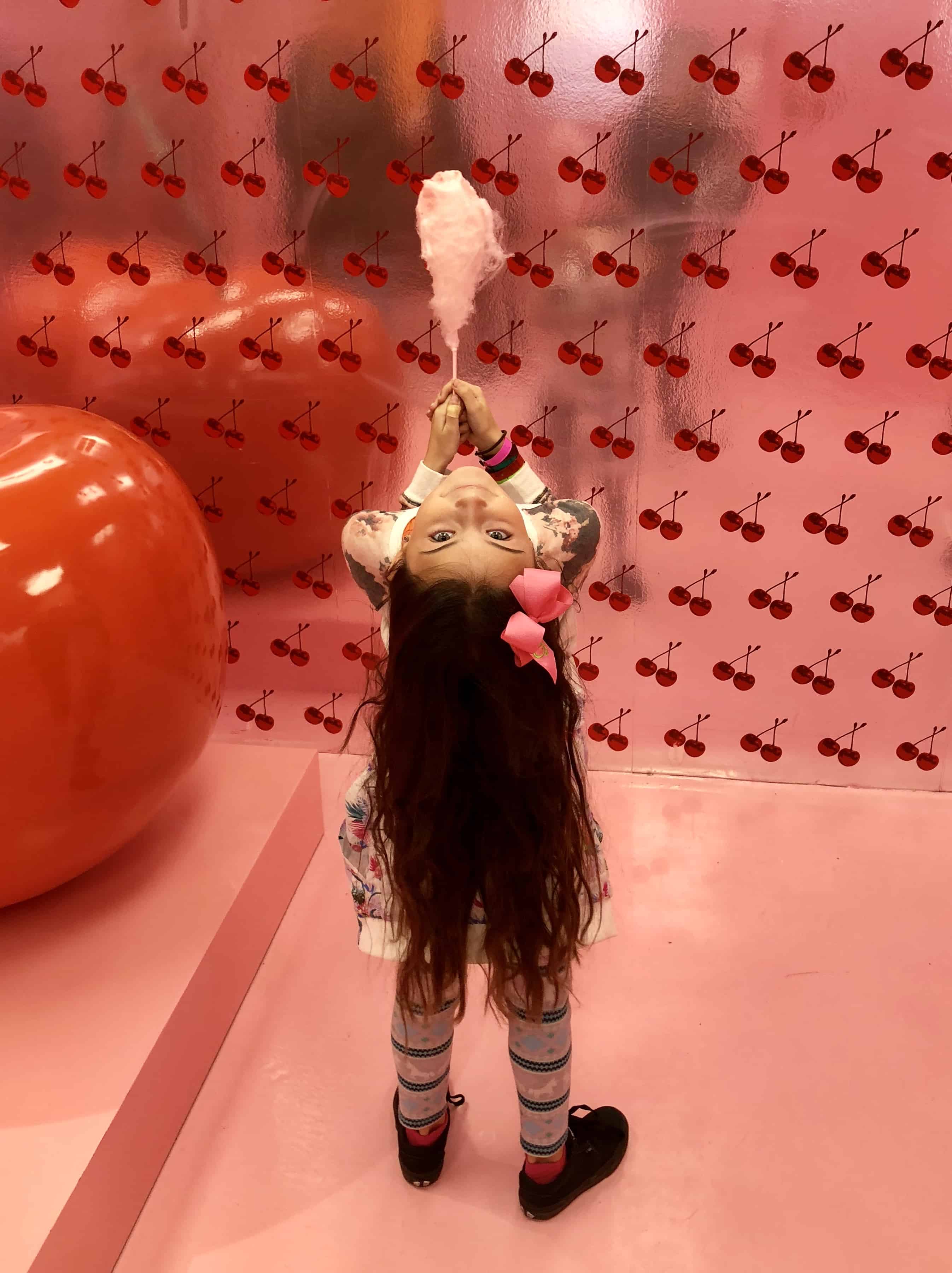 On to the next room with floating cherries and clouds where we tasted cherry cotton candy. 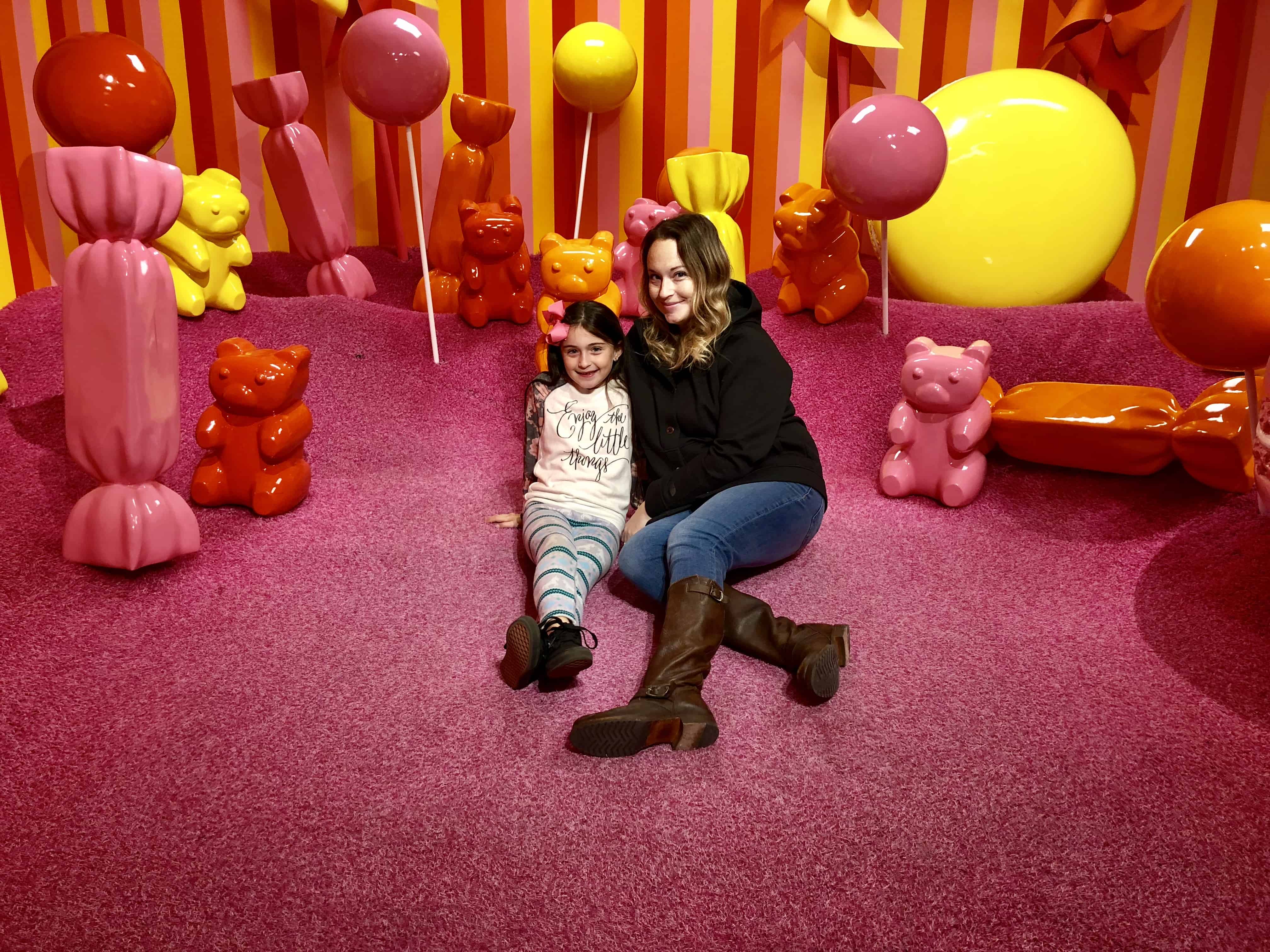 The next room reminded me of Willy Wonka.  It was gummy land! 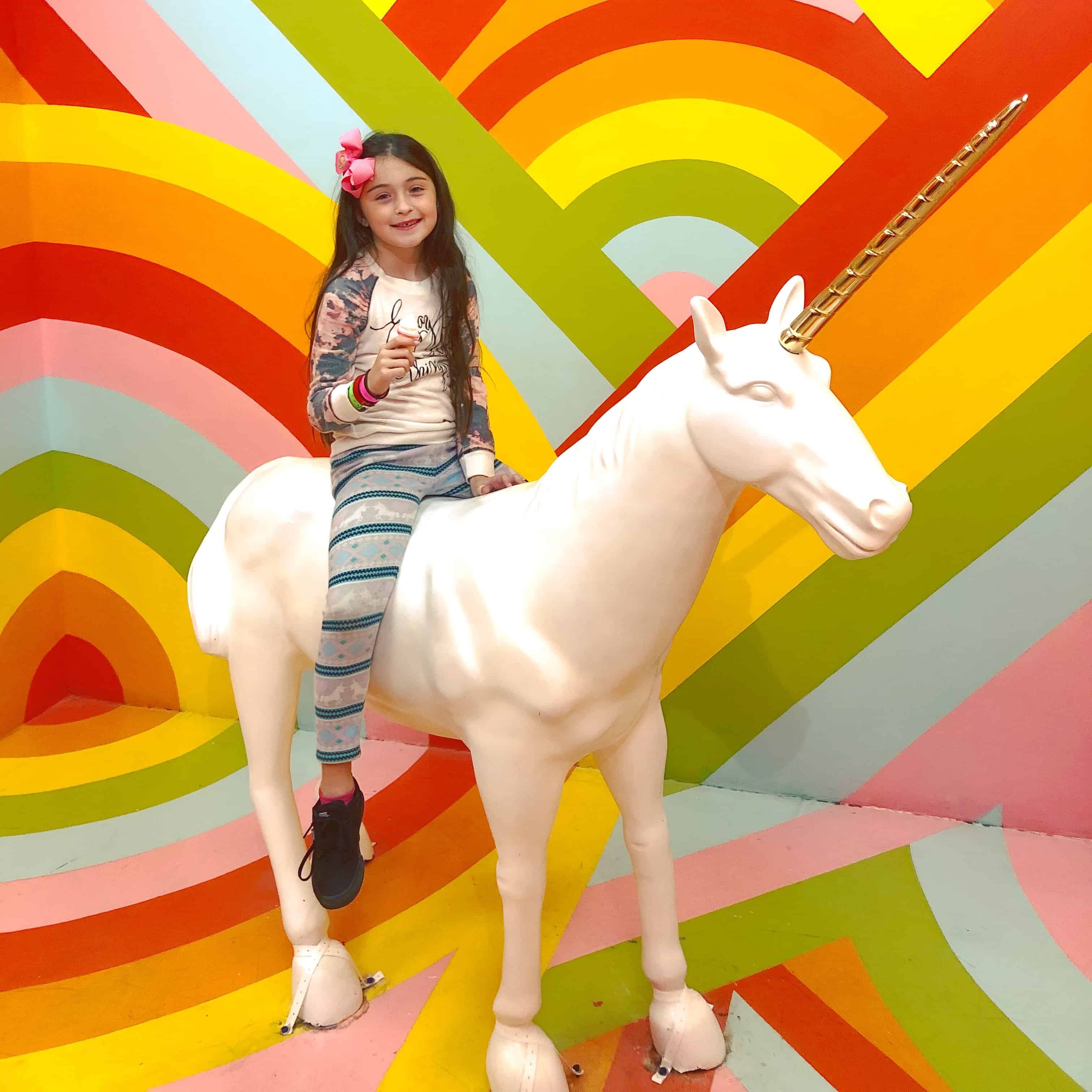 This place is so magical we found a unicorn in one of the rooms!  We even got to sample a unicorn milk ice cream cone. 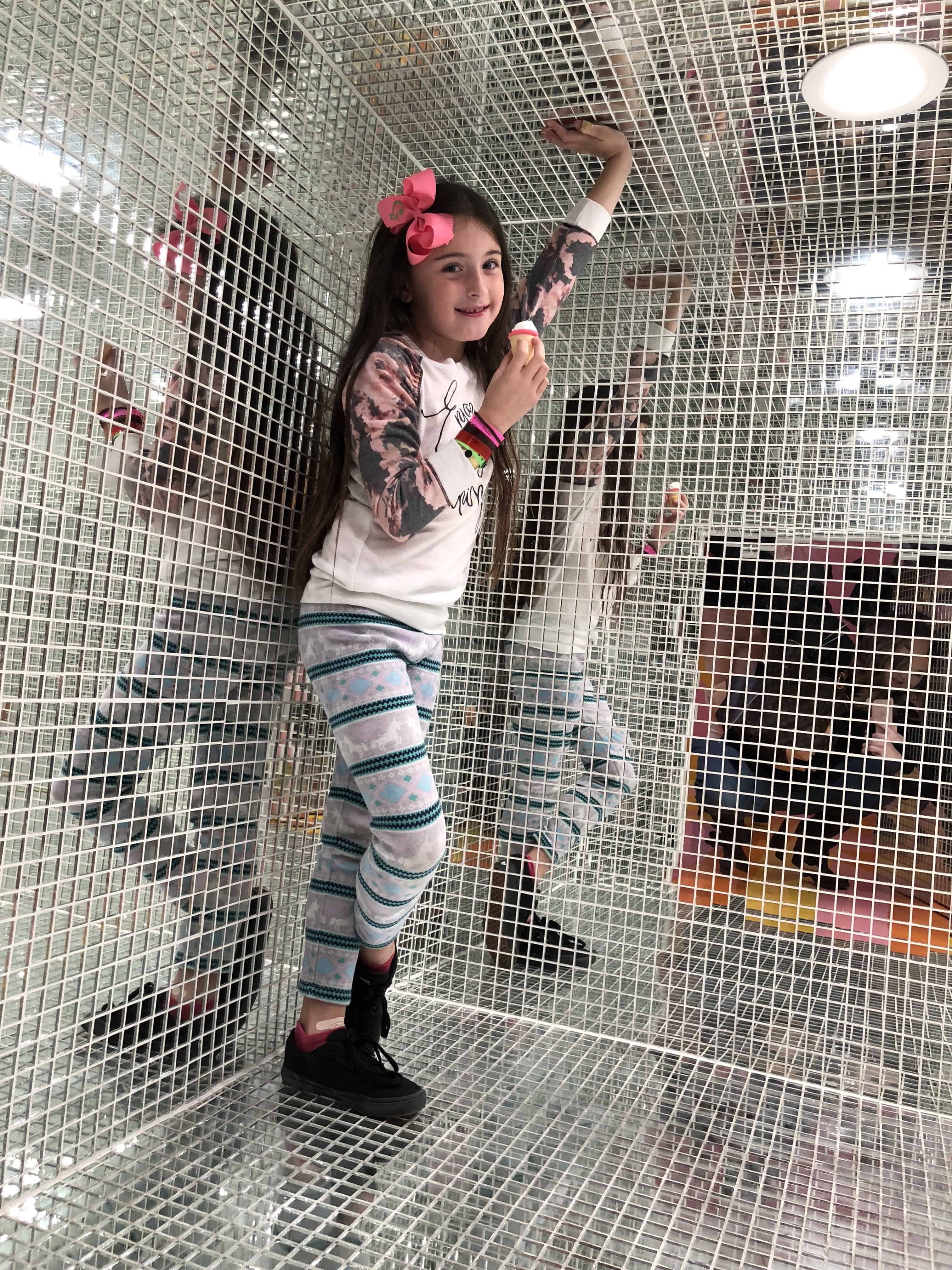 Attached to the unicorn room is a small (almost closet) room filled with tiny mirrors.  It was small enough I couldn’t stand up.  Then we came to the room with a pink climbing wall, which I didn’t dare attempt, but my little monkey did. 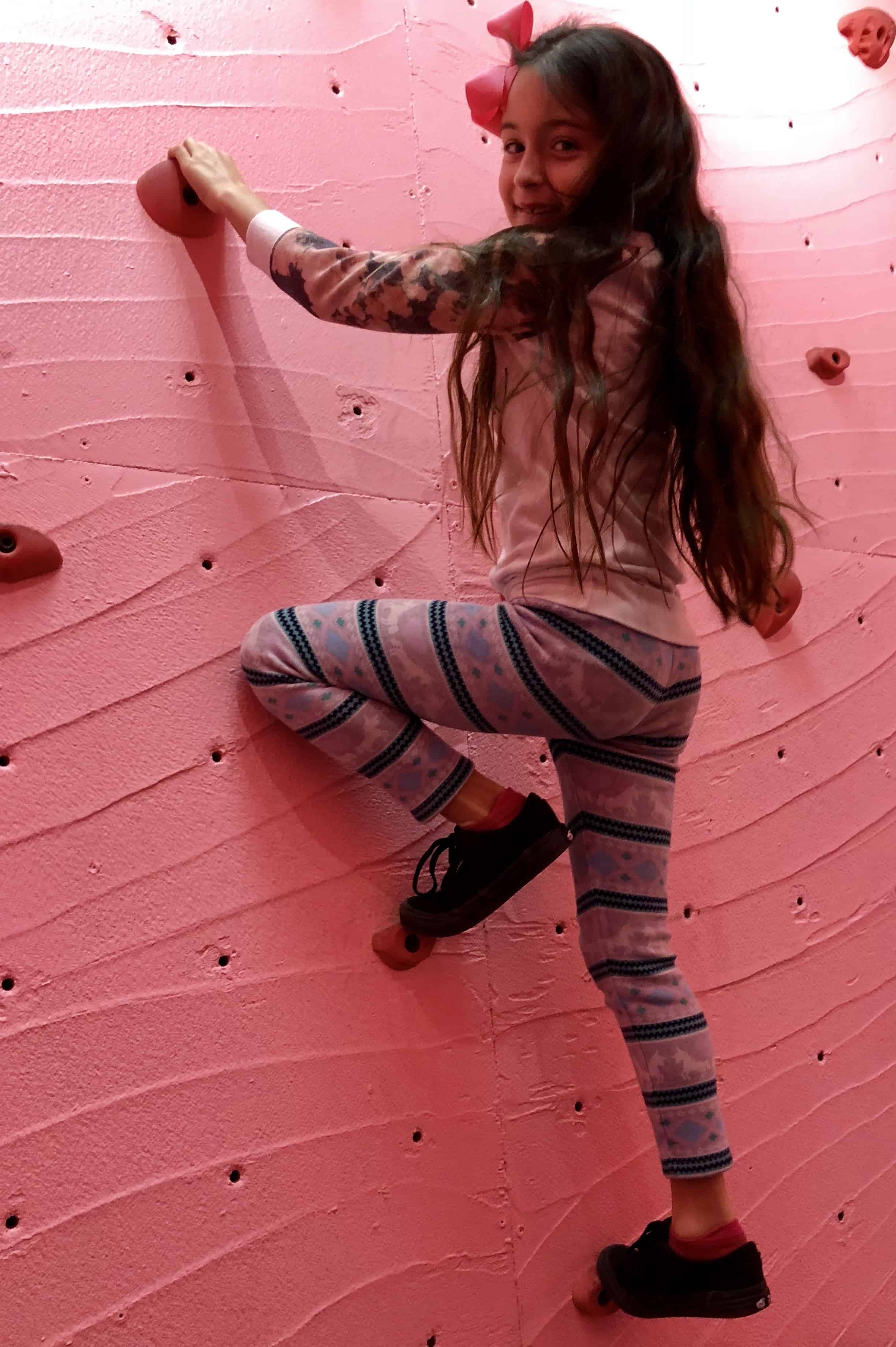 We had a couple more rooms and than…THE SPRINKLE POOL! 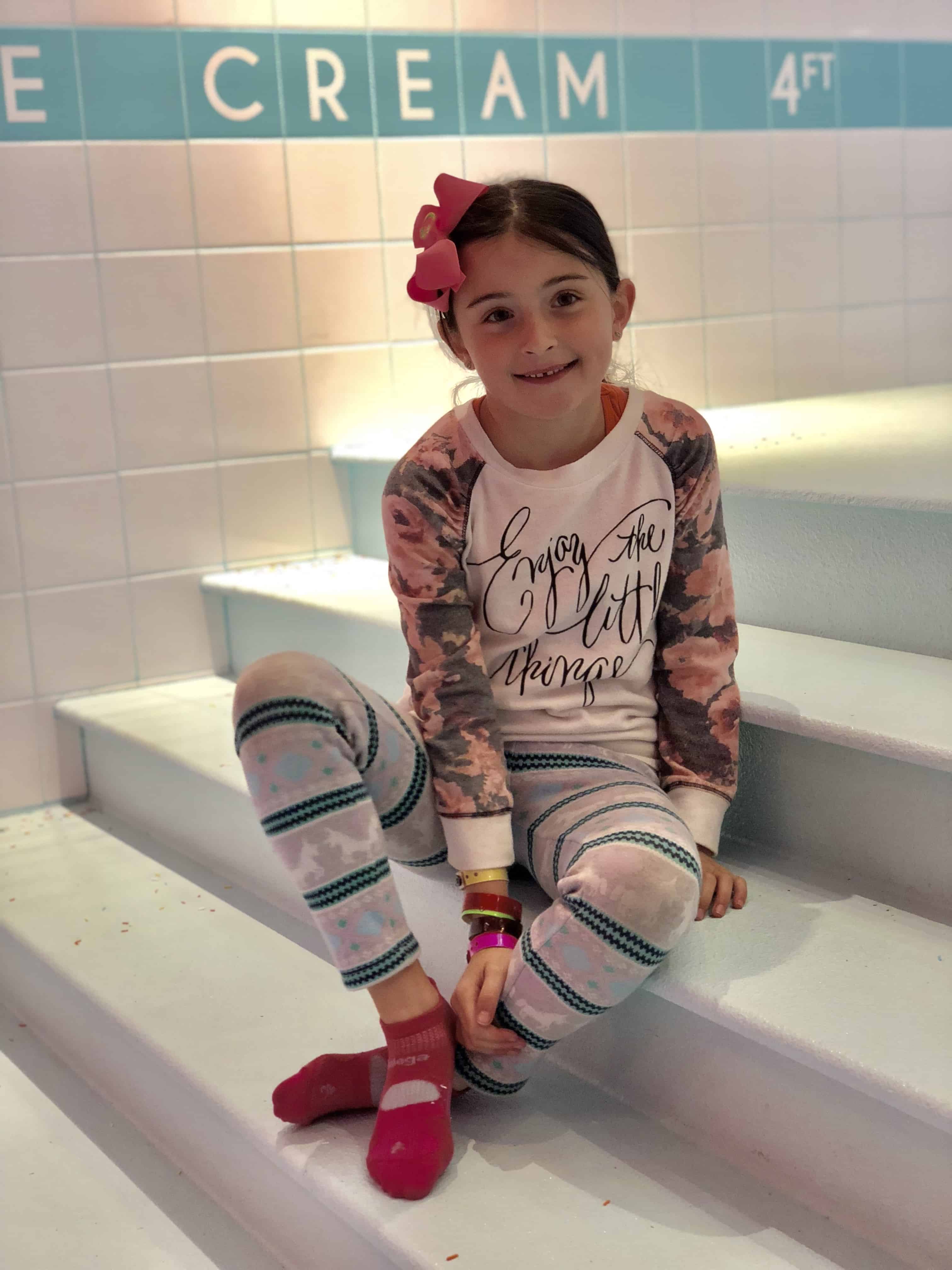 FYI, they are not actually sprinkles.  They are “antimicrobial plastic”.  It is only about 2 feet deep and 8 feet wide and you are in there with a group of people.  My germaphobia was in full effect despite them saying it was “antimicrobial”?. 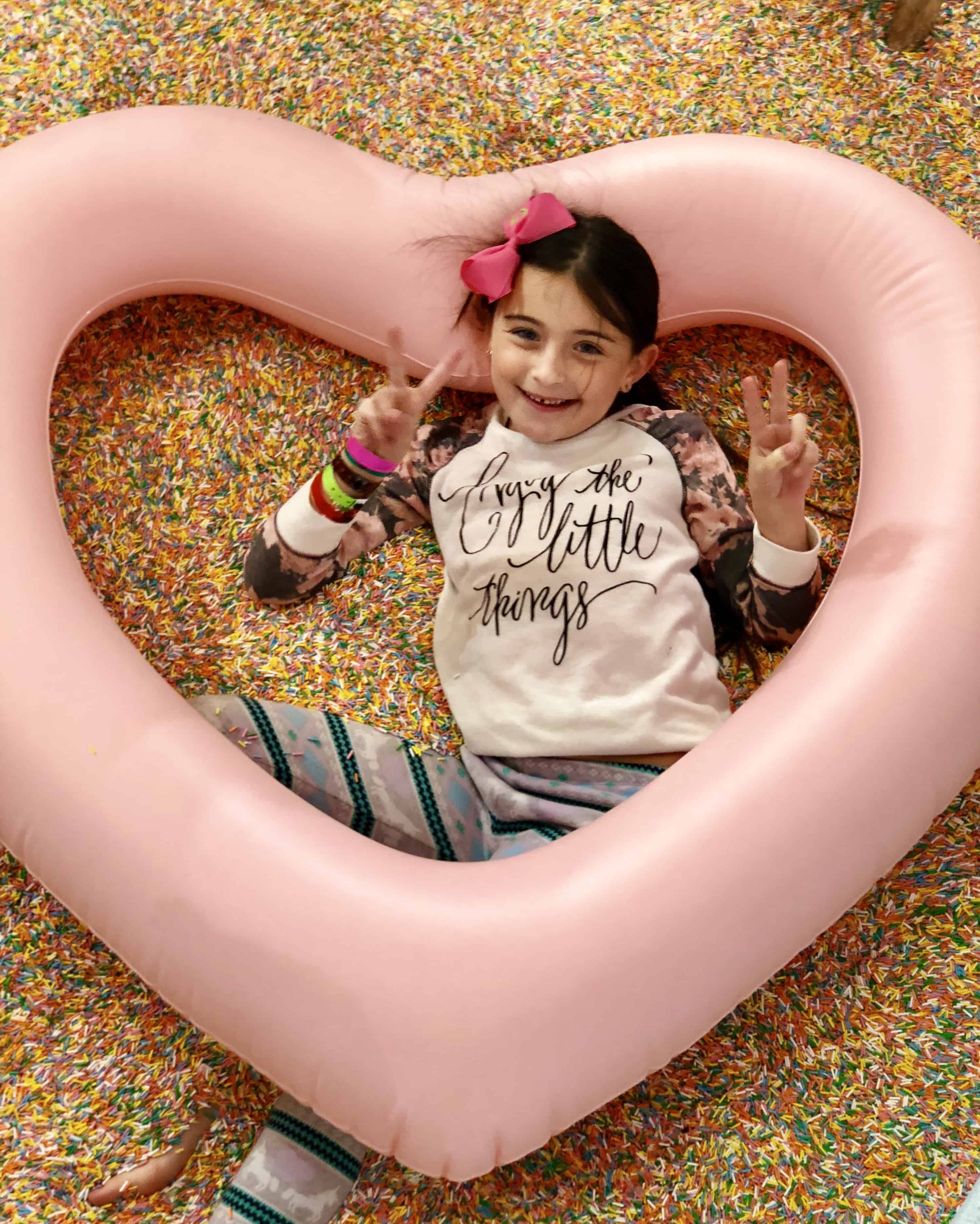 You have to take your shoes off before hand and they have lockers to put your belongings in.  They are really good about only letting a certain amount of people in at a time and you have a 4 minute time limit. 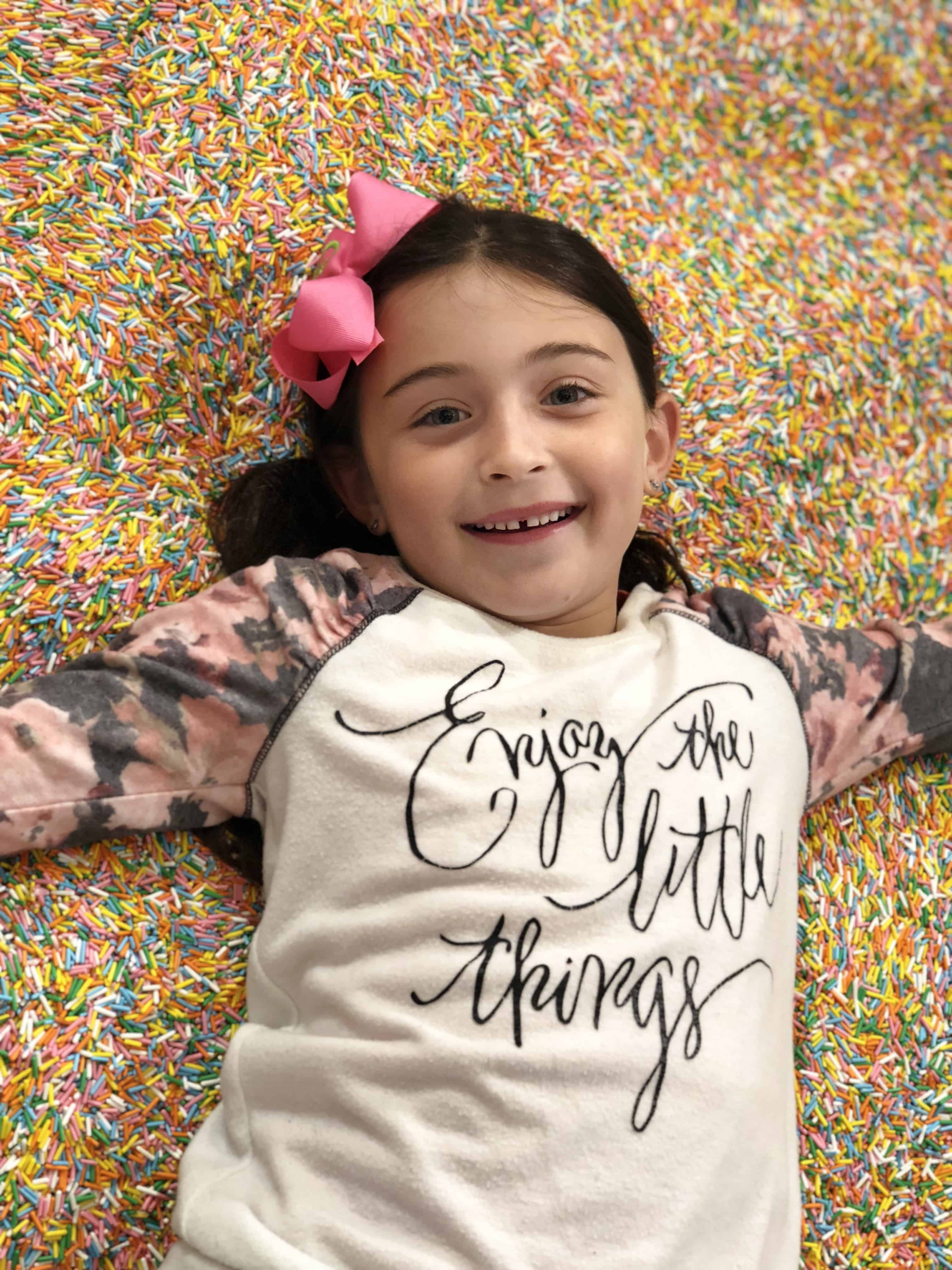 I admit, it was super fun, but I had sprinkles stuck in every crease, pocket, and hem of my clothes. 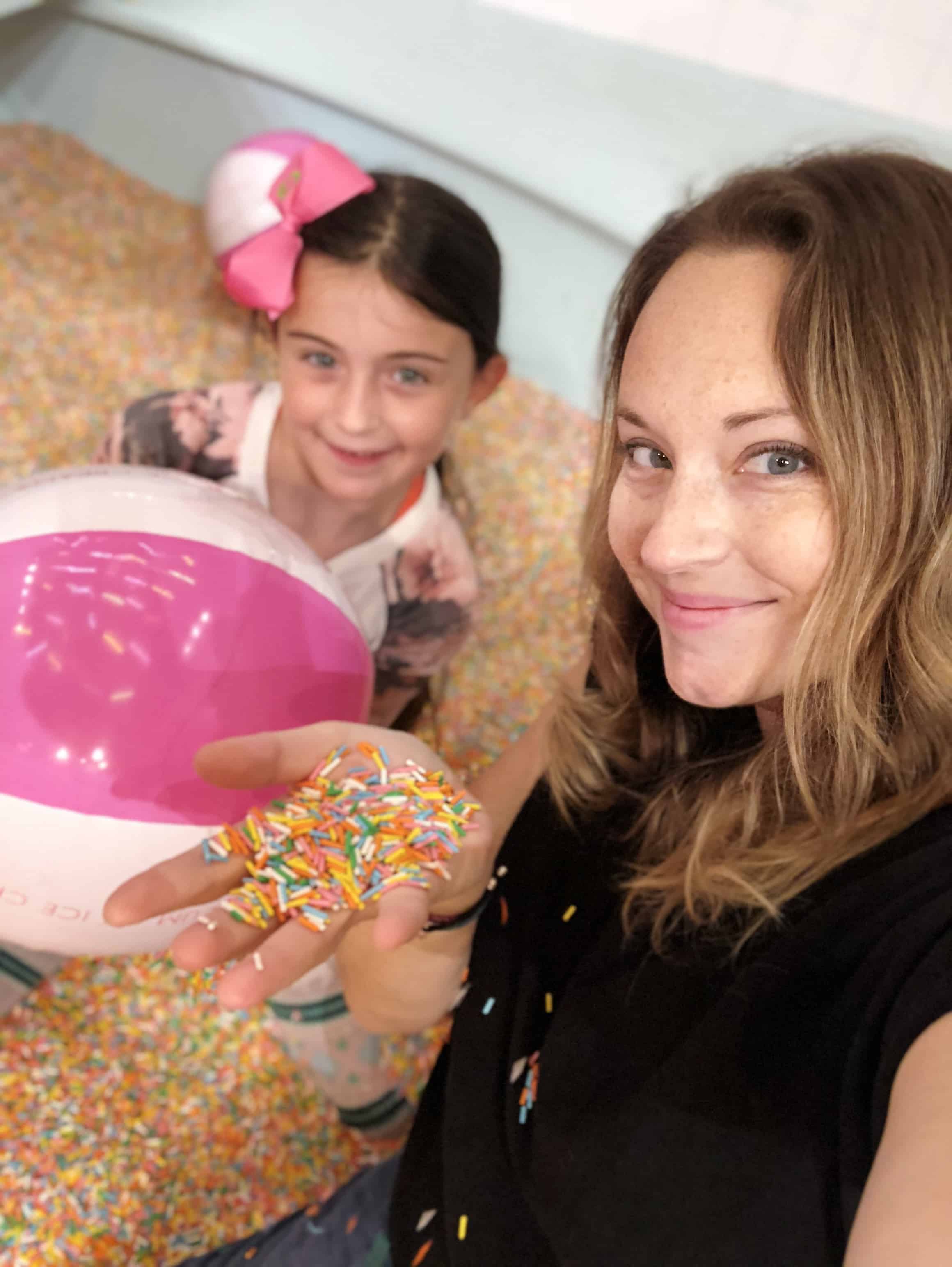 I had sprinkles falling out of my clothing all day long even after I thought I cleaned them all out. 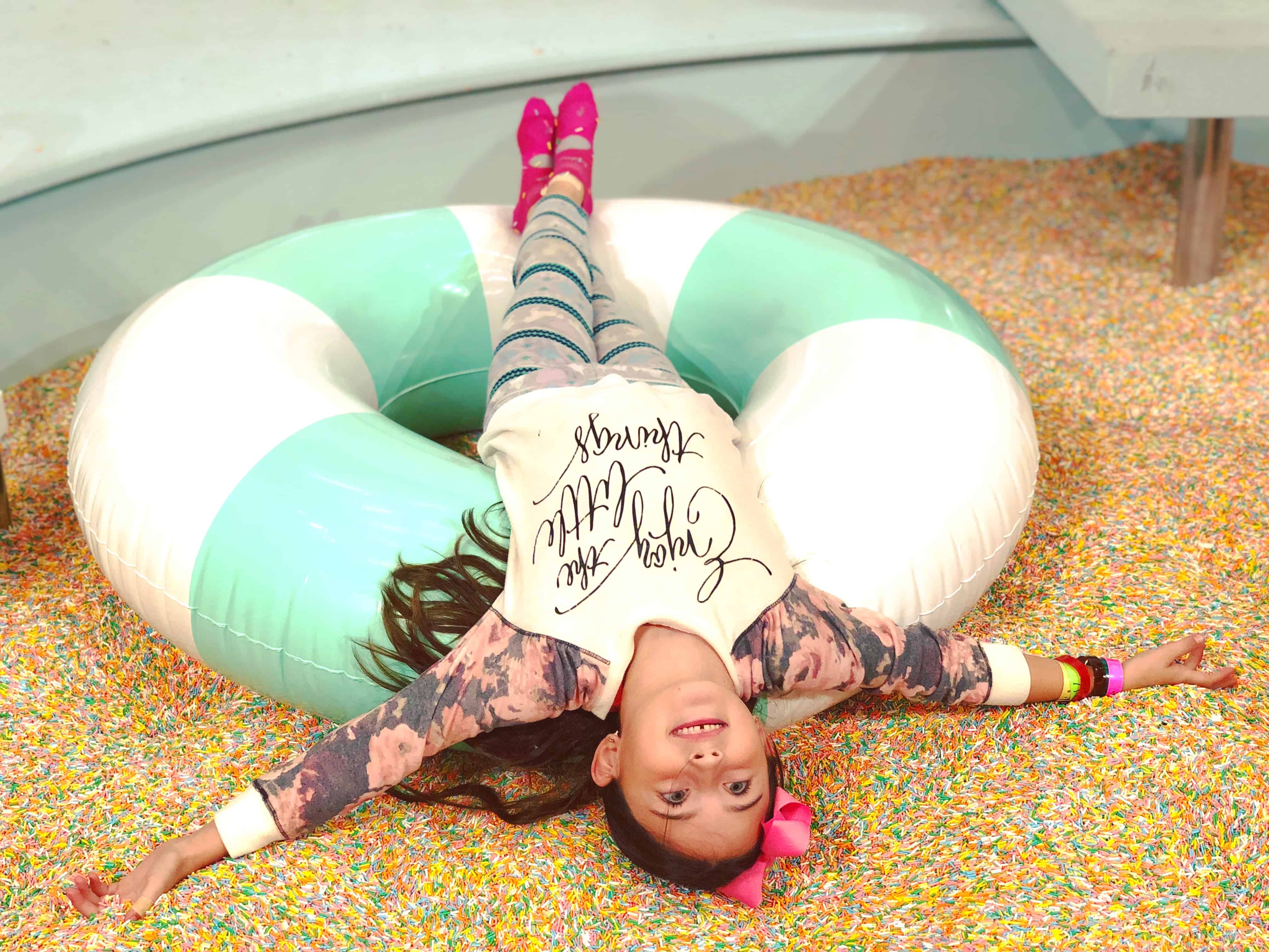 It was hands down our favorite part of the museum! (The peach bellini ice cream being a close second for me). 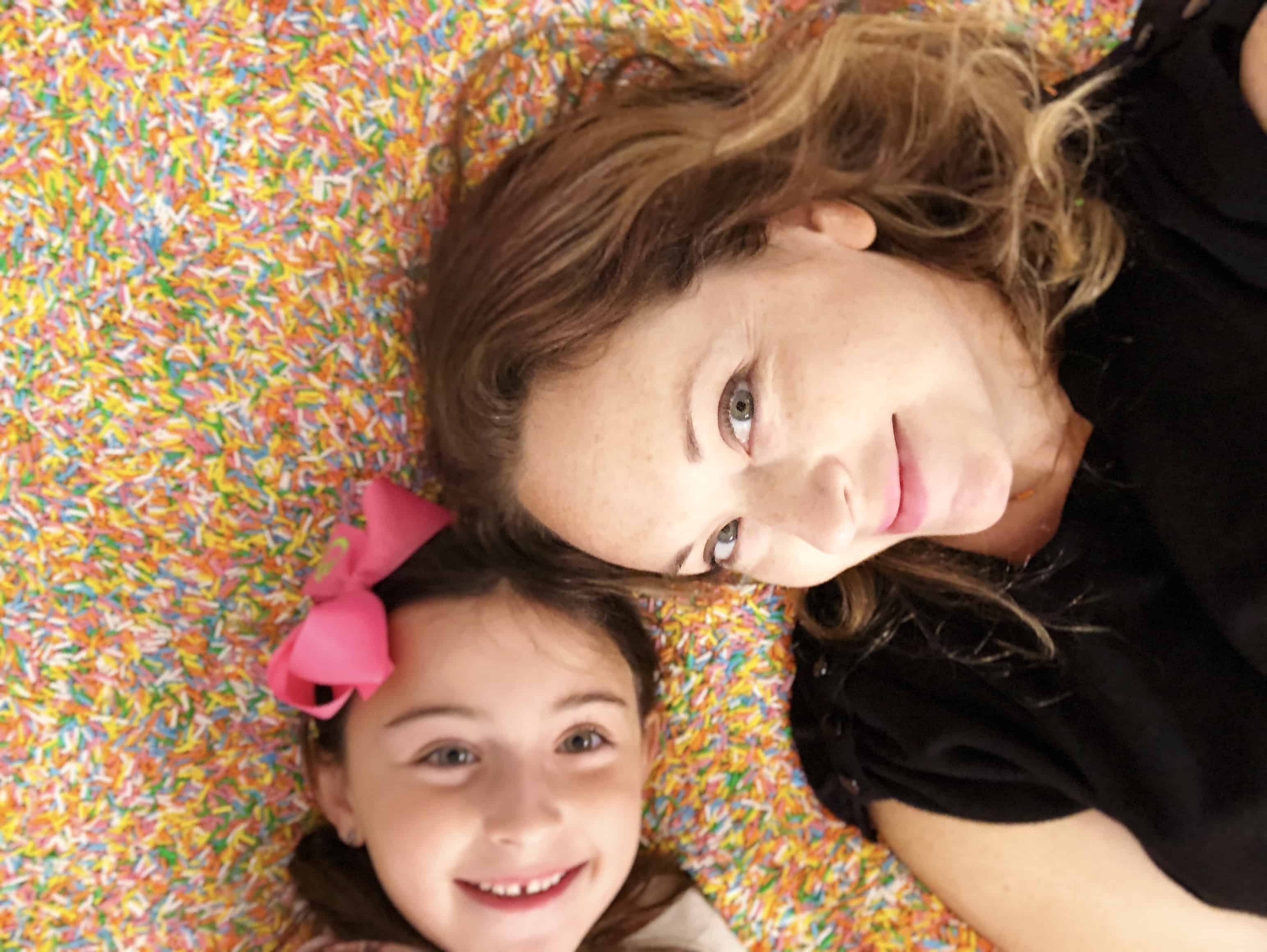 After we used the air showers to try to clean as many of the sprinkles off of us as possible we were on to the last room which has 3 different swing setups. 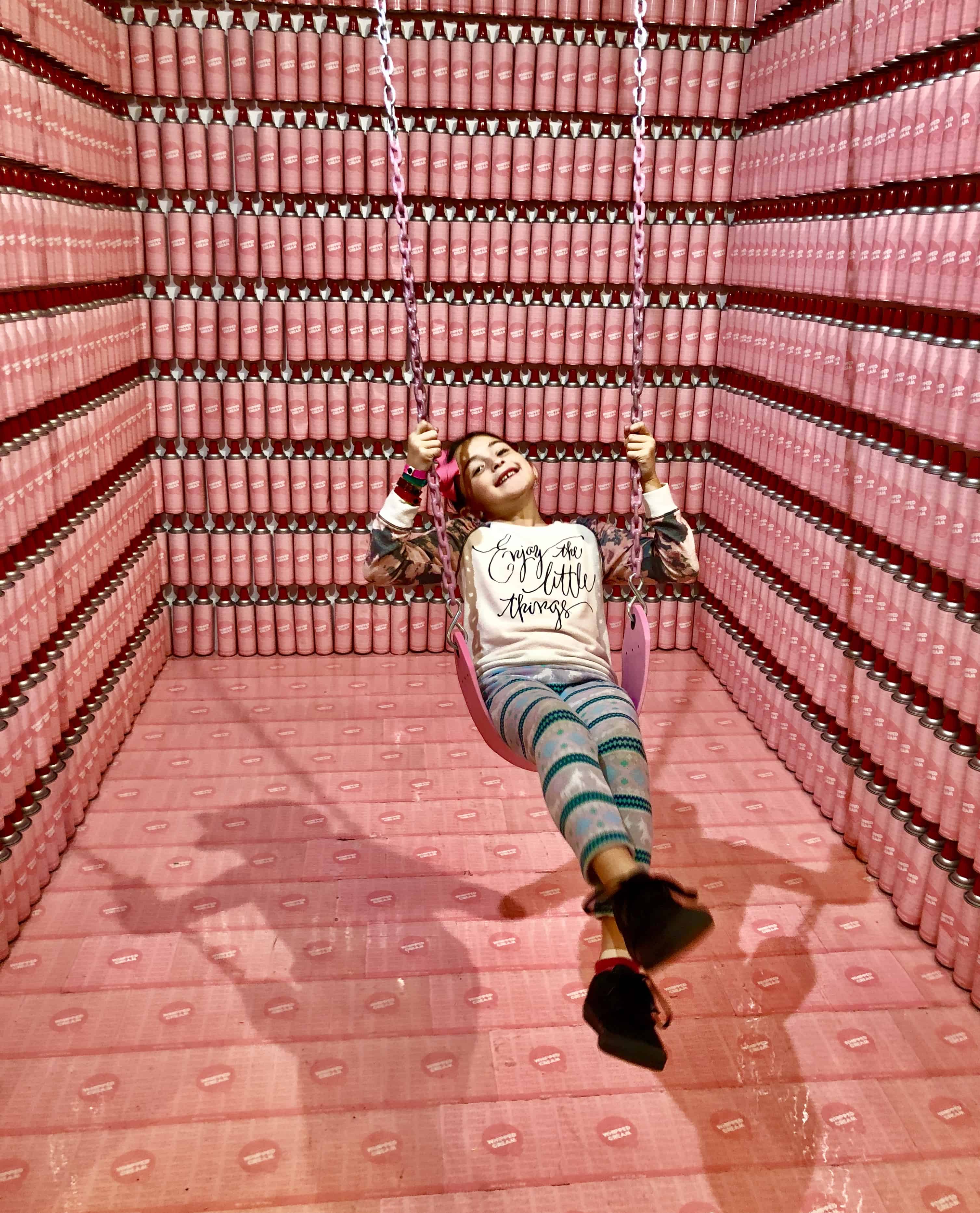 My little monkey and I had a great time.  We both agreed it was one of our favorite mom/daughter days in San Francisco.  Ironically though, for a place that is so Instagramable, the lighting in most of the museum is awful.  The sprinkle pool had great lighting for fun pictures, but I was hard pressed in some of the other rooms.  If you would like more information about Museum of Ice Cream click here. 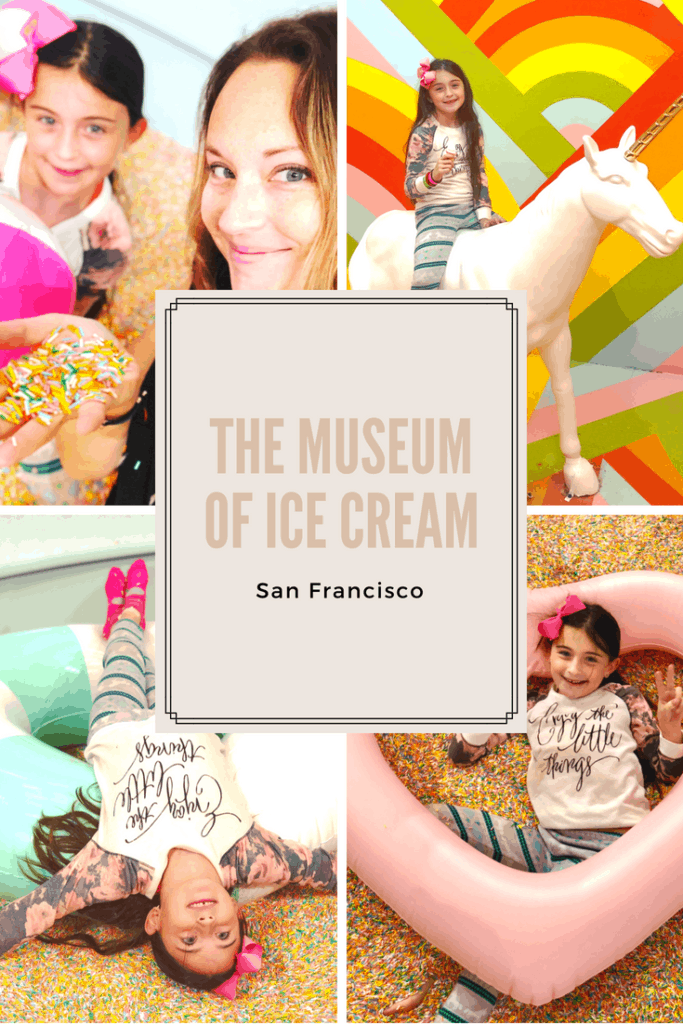