I got into Marine Corps Marathon!

I entered the lottery for the Marine Corps Marathon in hopes of crossing this race off my bucket list.  I didn’t have super high hopes though since my lottery luck is 1 in 18…true story.

I had thought that I didn’t get in because starting in the morning I had noticed people across social media sharing their excitement and I had no email of confirmation.  It was 2:30pm Pacific Time, so by now I REALL REALLY didn’t think I had got in and had shrugged it off as ok and I would try again the next year.  I was at my daughter’s soccer practice and checked my email and sure enough there it was…glistening in the sunlight on my iPhone…. 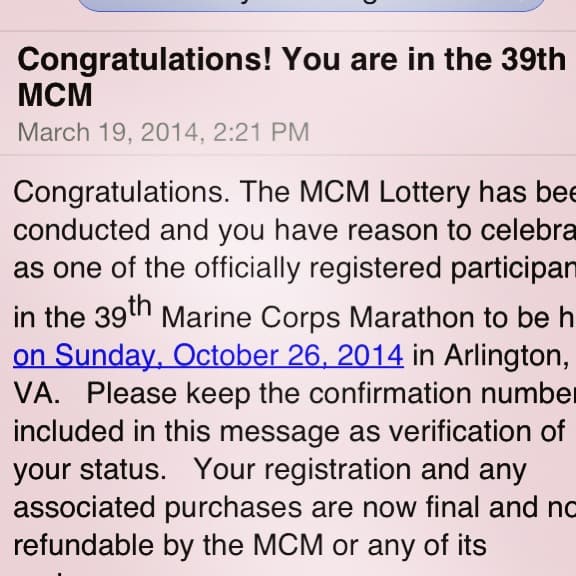 I had registered for the Marine Corps Marathon last year and was so devastated when it turned out we had to move the same weekend.  Never in my wildest dreams did I think that would ever be the case when I had registered for it.  Fingers crossed no surprises happen this year…knock on wood. 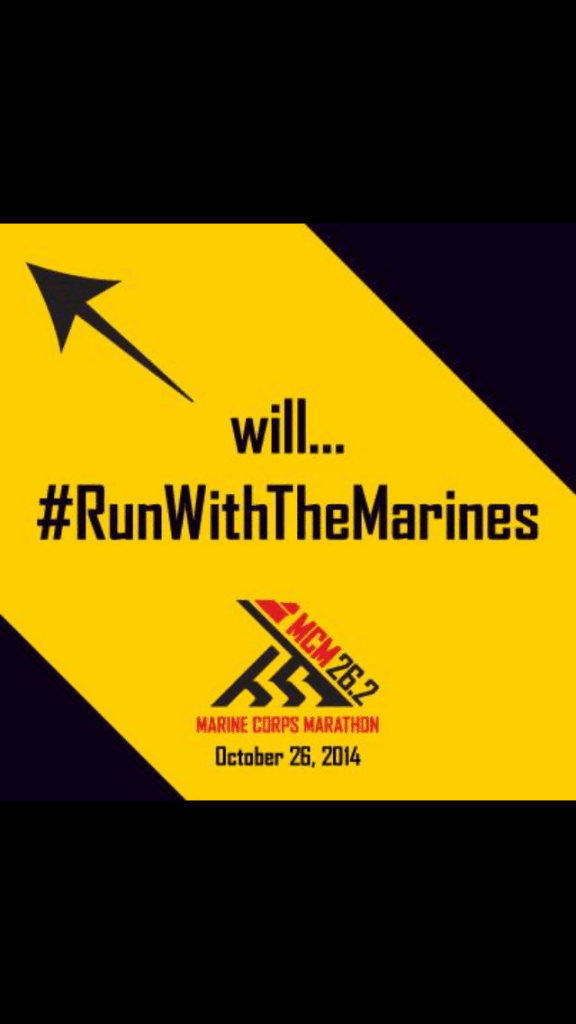 Who else will be running the Marine Corps Marathon in October?