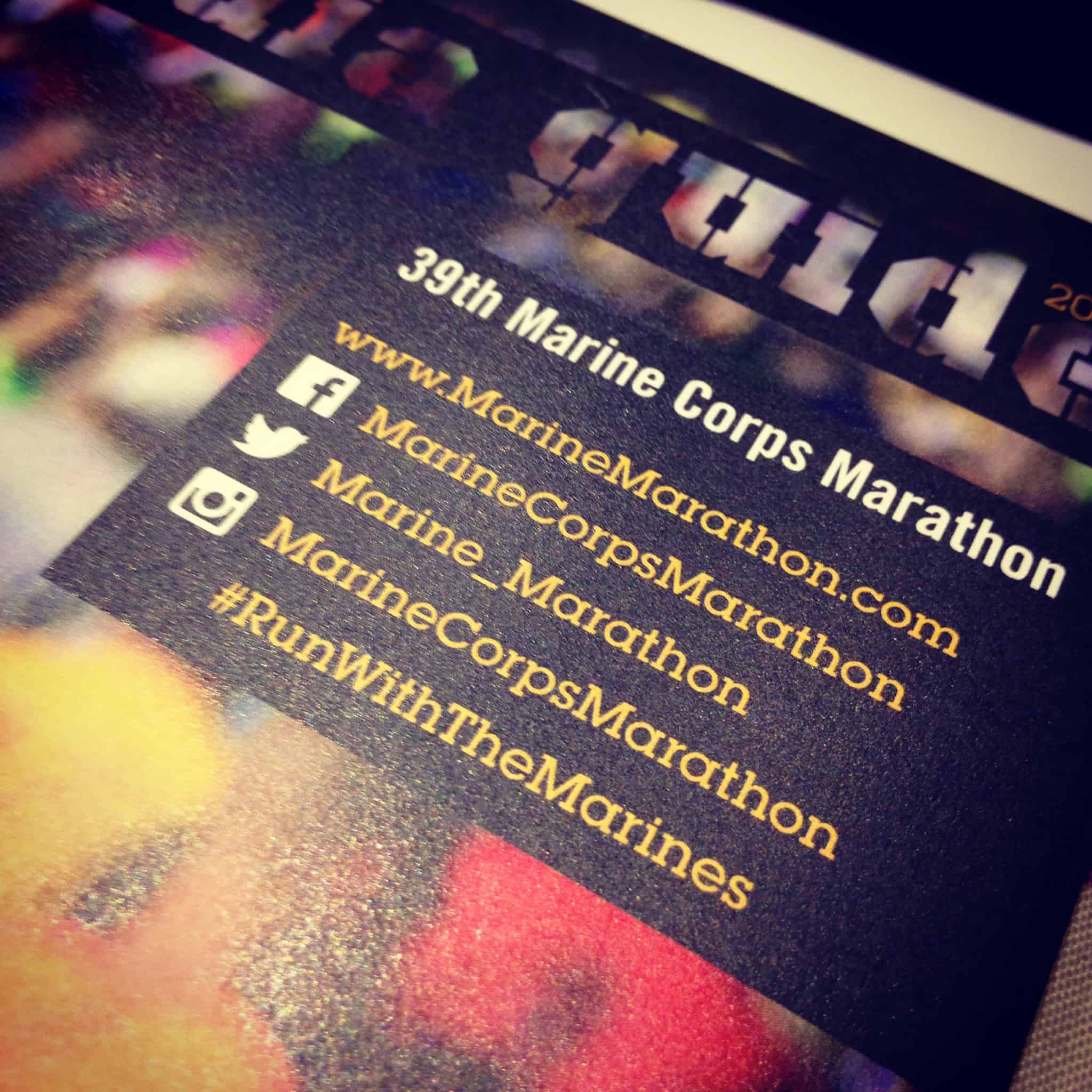 The Marine Corps Marathon in Washington DC has been on my race bucket list for quite some time.  I finally got to check it off the list! 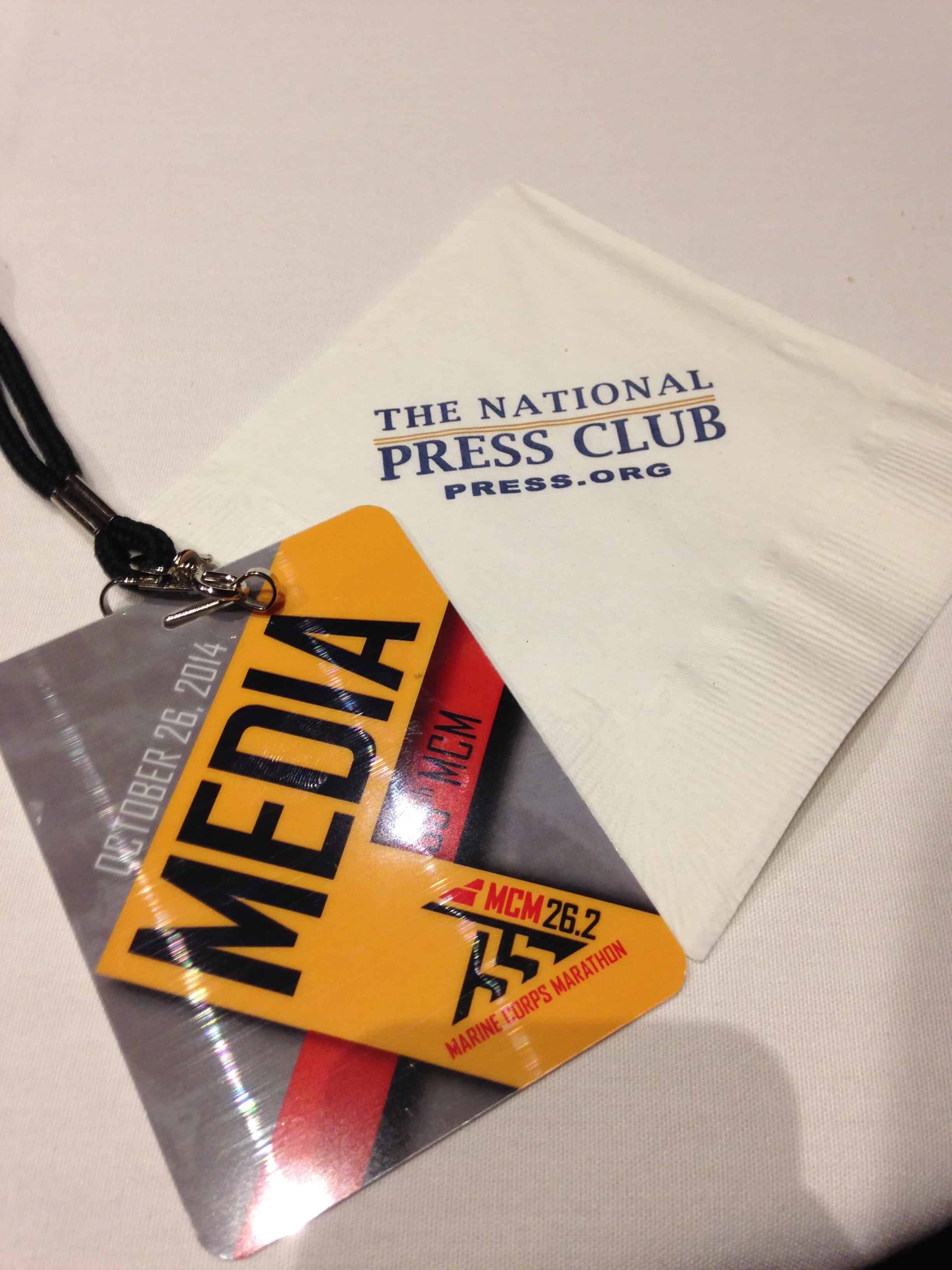 Believe it or not, I had also never been to Washington DC.  I LOVED it.  Seeing the monuments, memorials, White House, and so much of our countries history was truly amazing.  I met up with fellow INKnBURN Ambassadors Rebecca, who blogs at One Little Becca, and Linzie, who blogs at Sharp Endurance, and we did the Monuments by Moonlight trolley tour. If you are going to DC I totally recommend the tour! 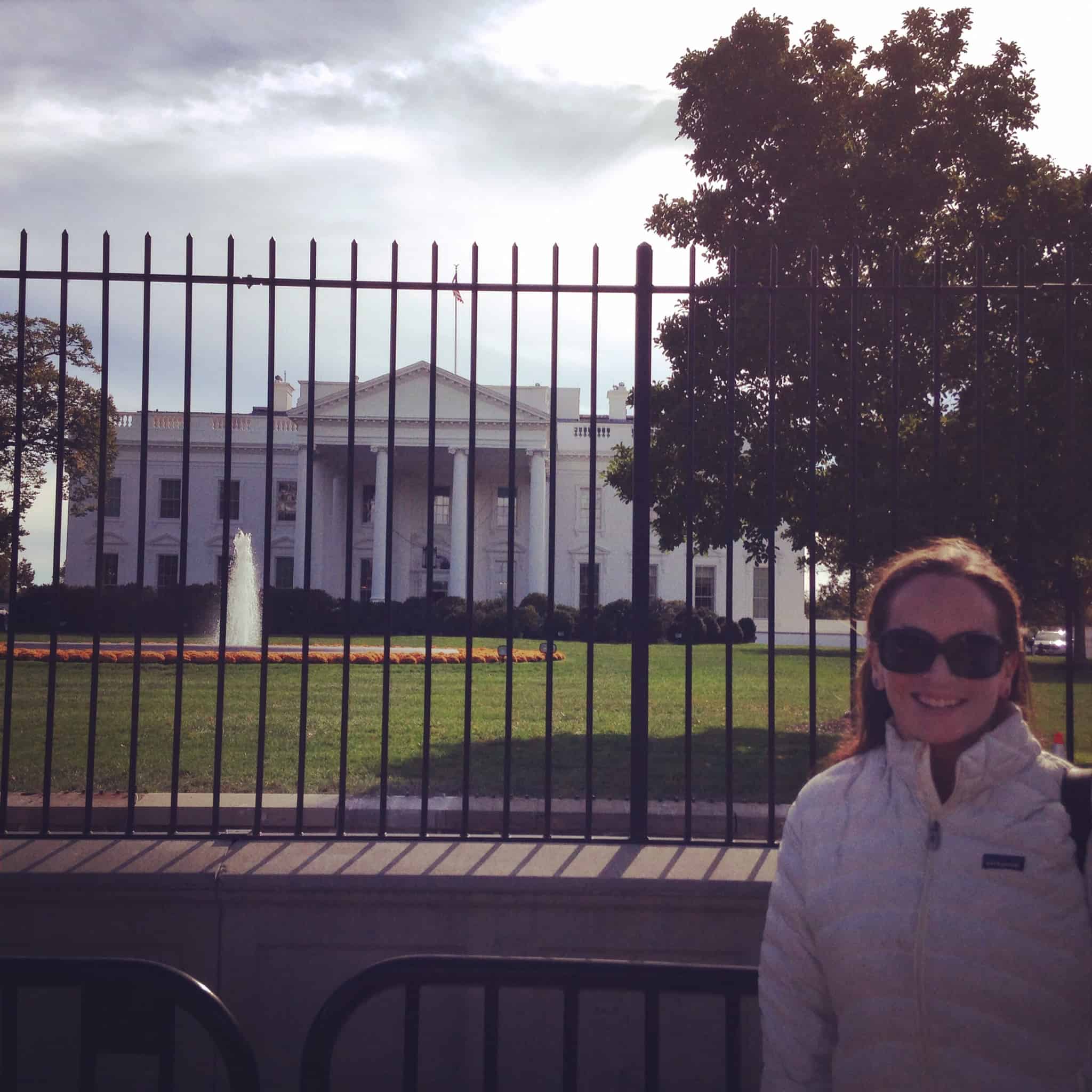 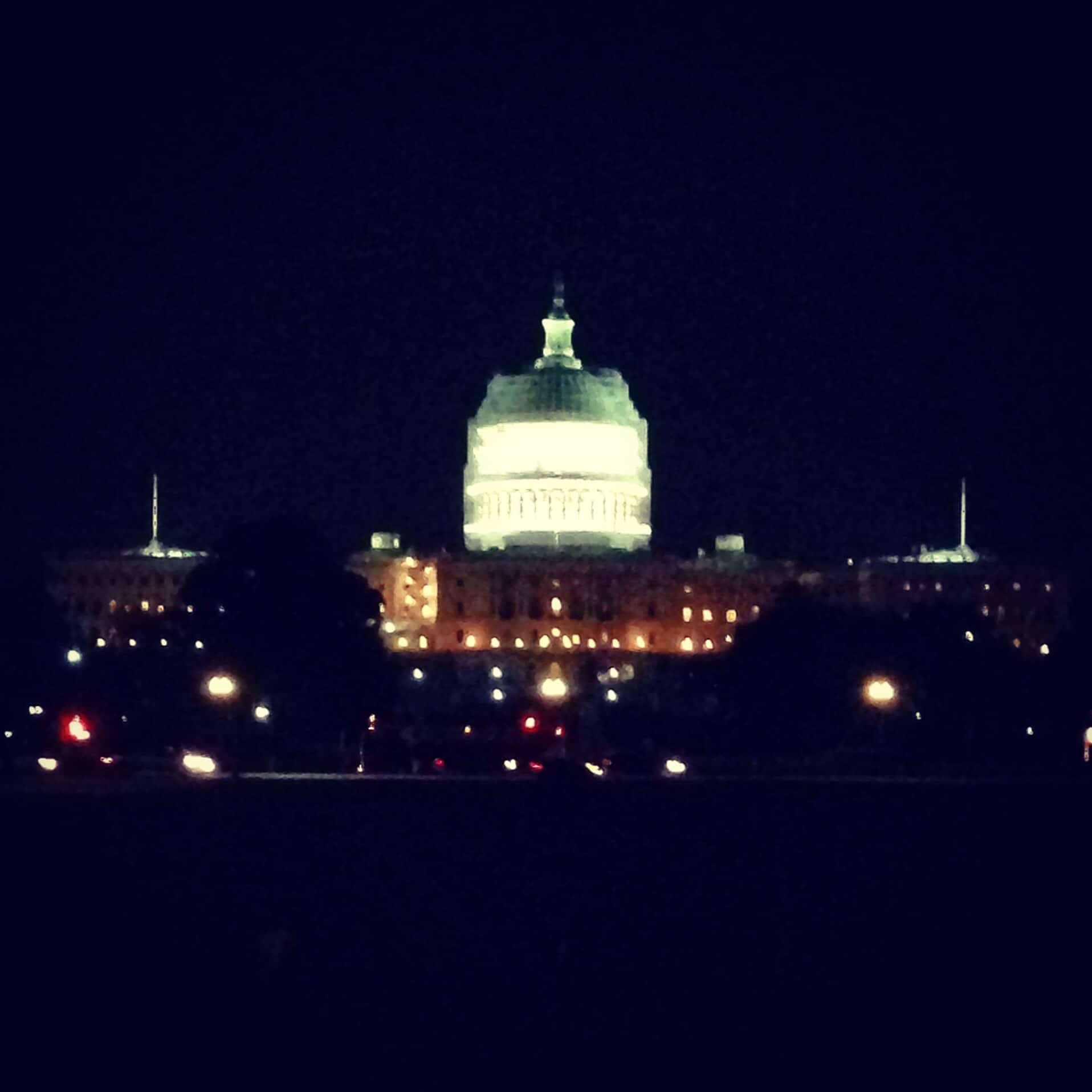 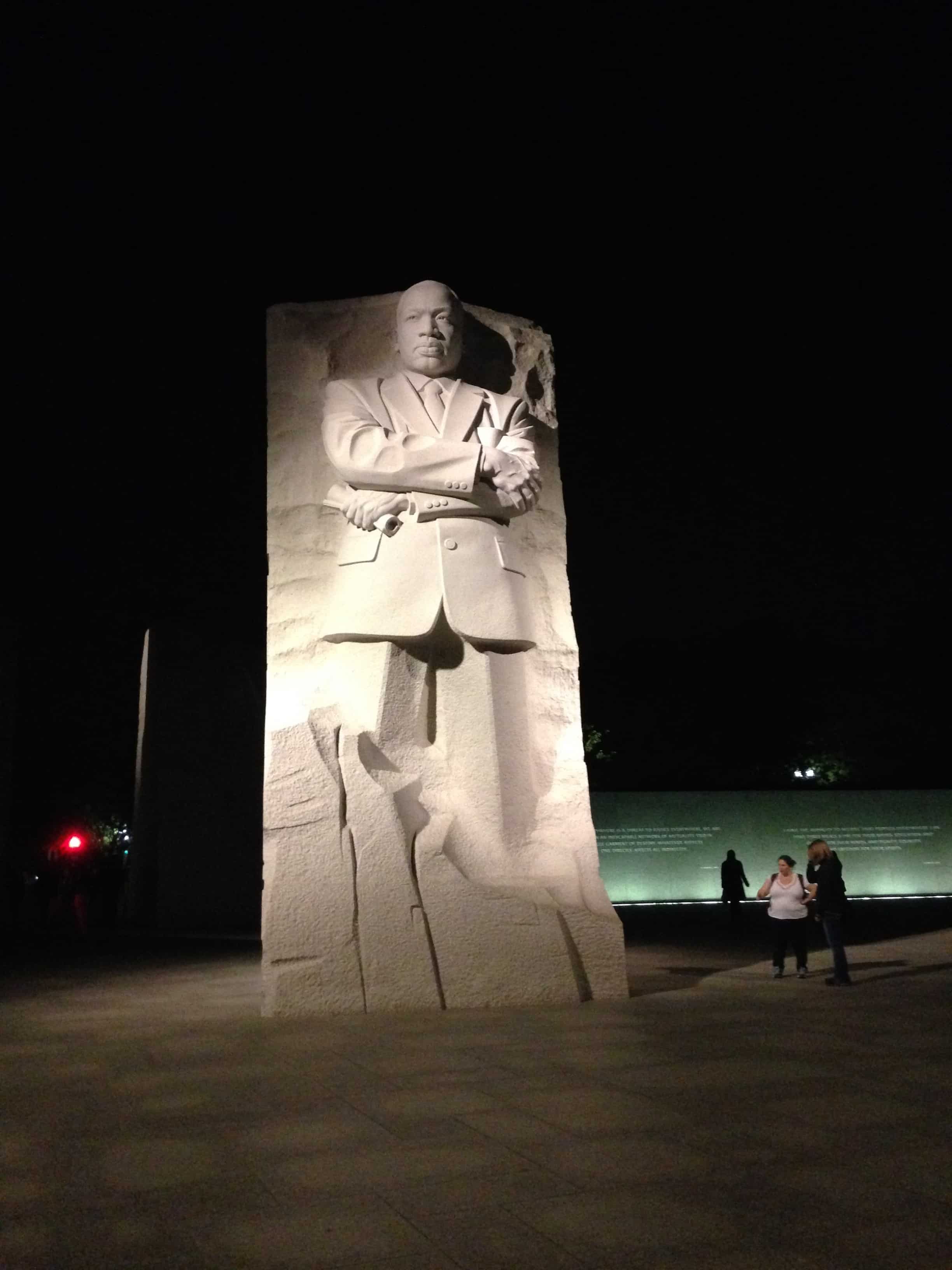 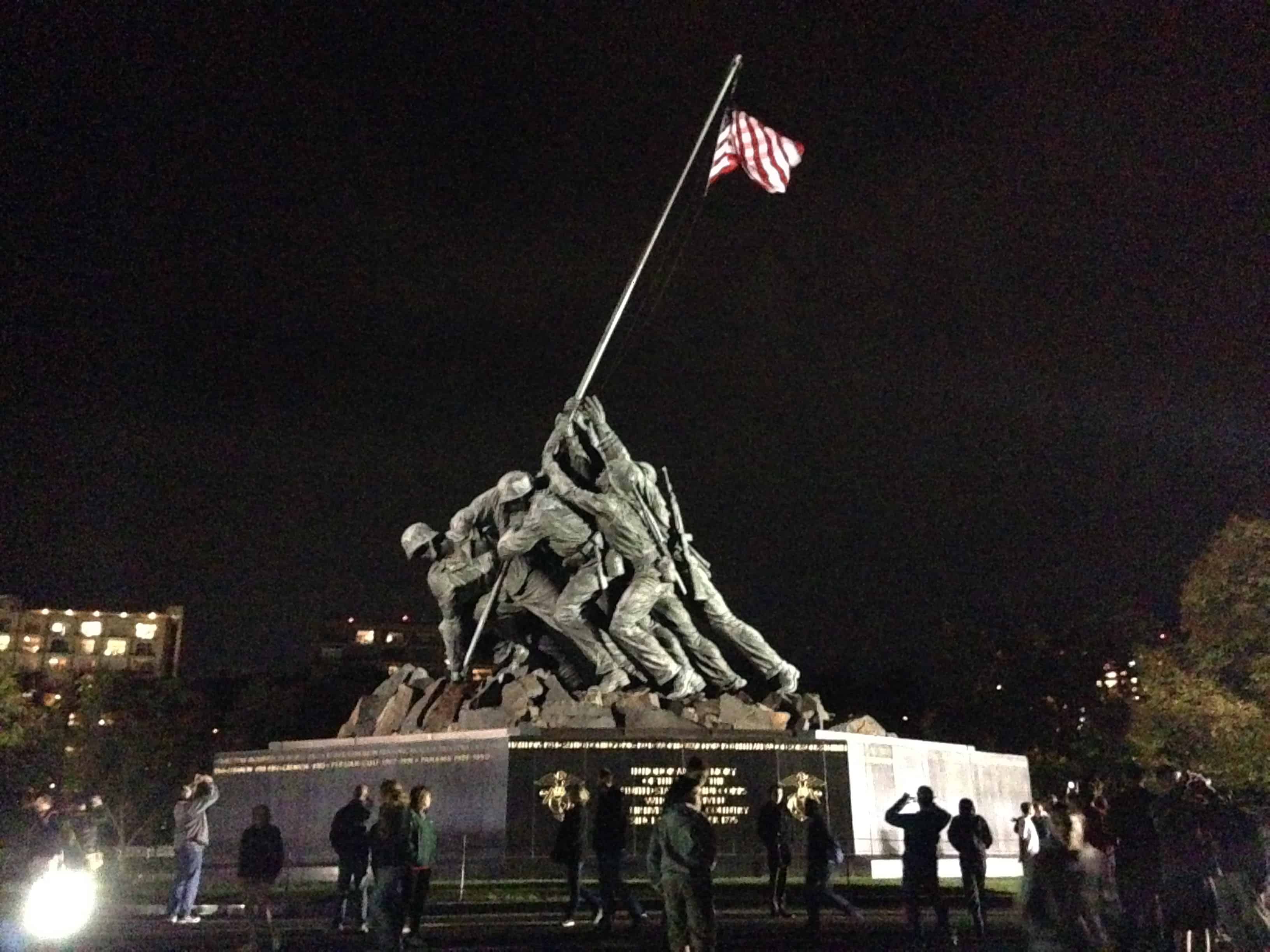 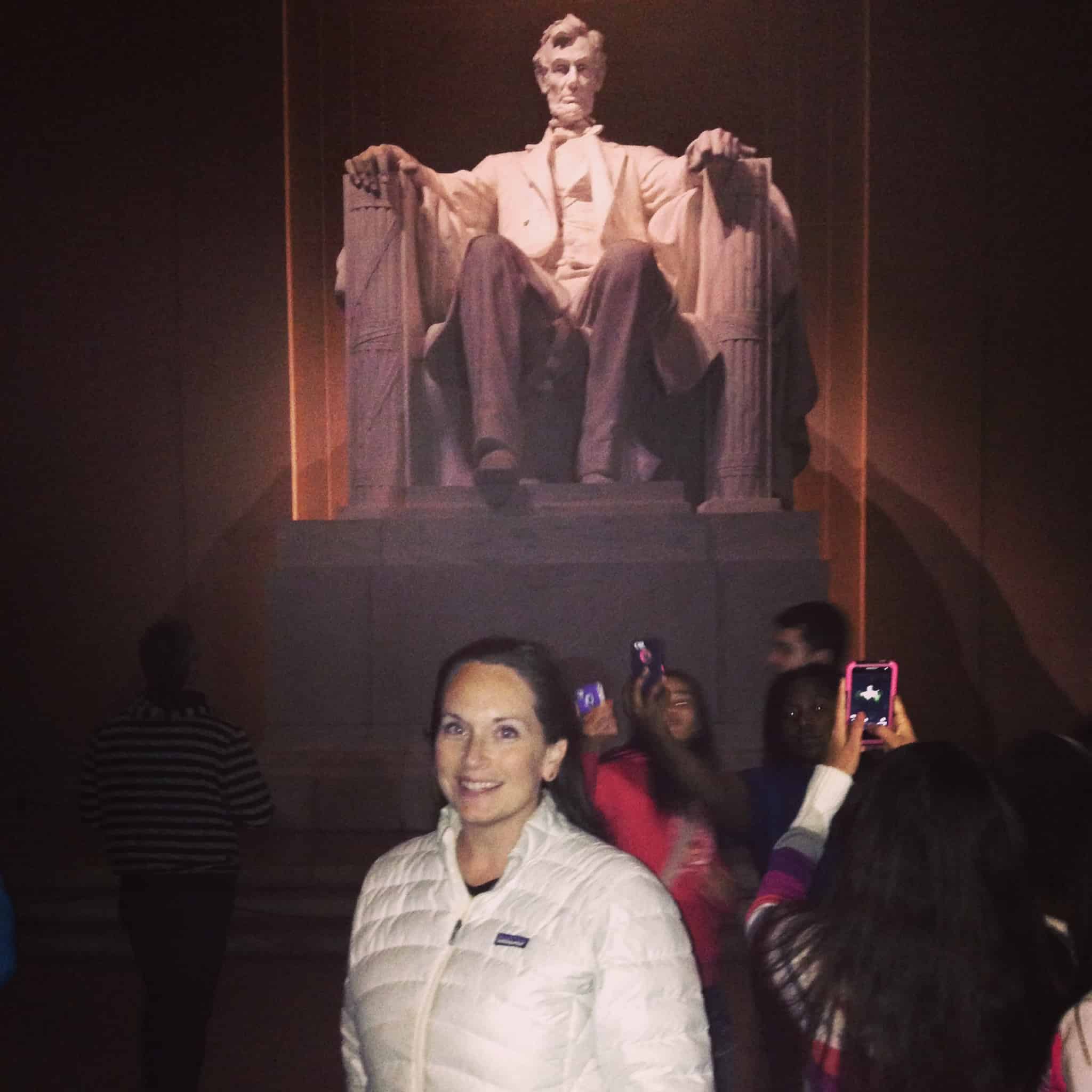 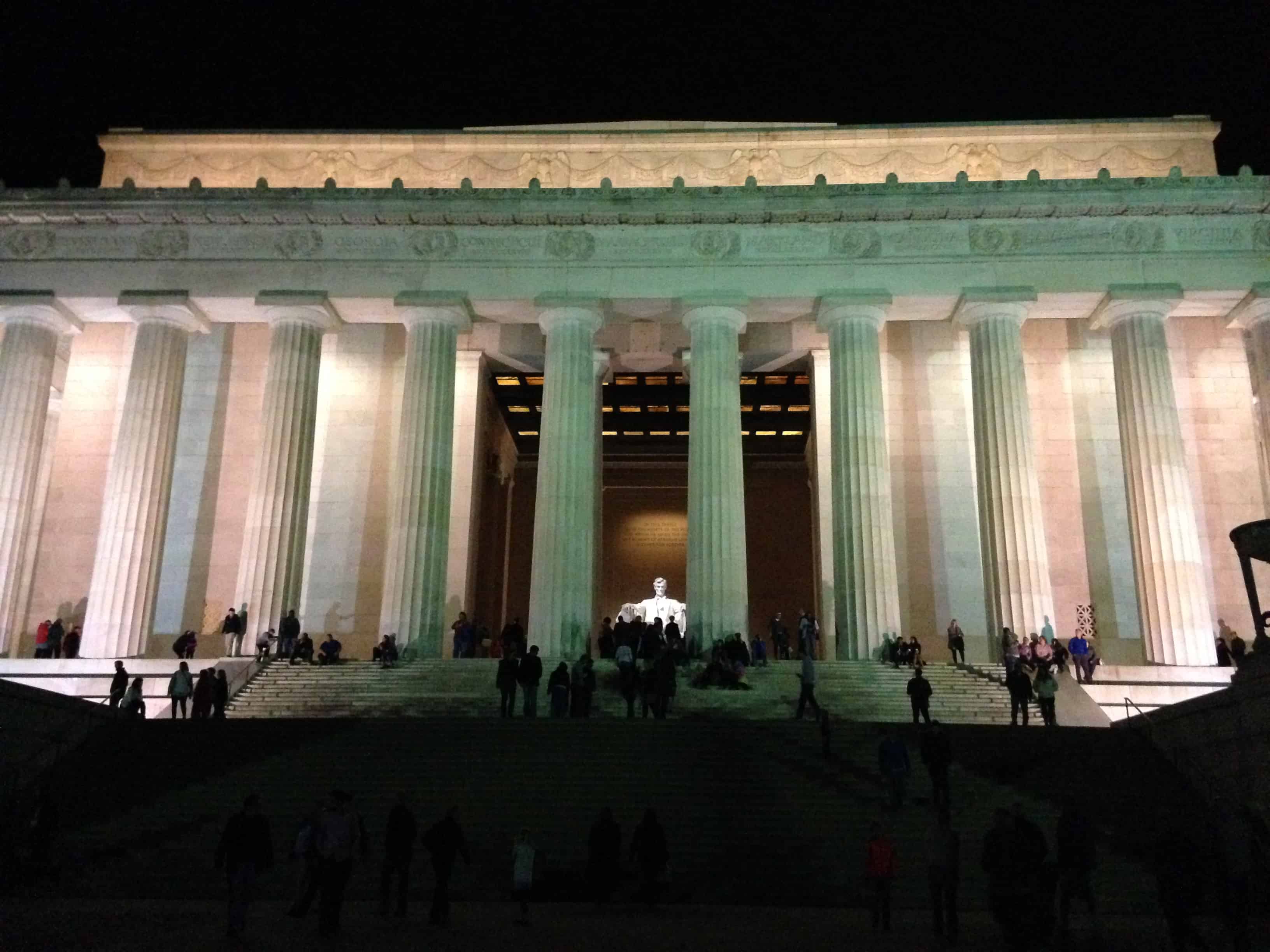 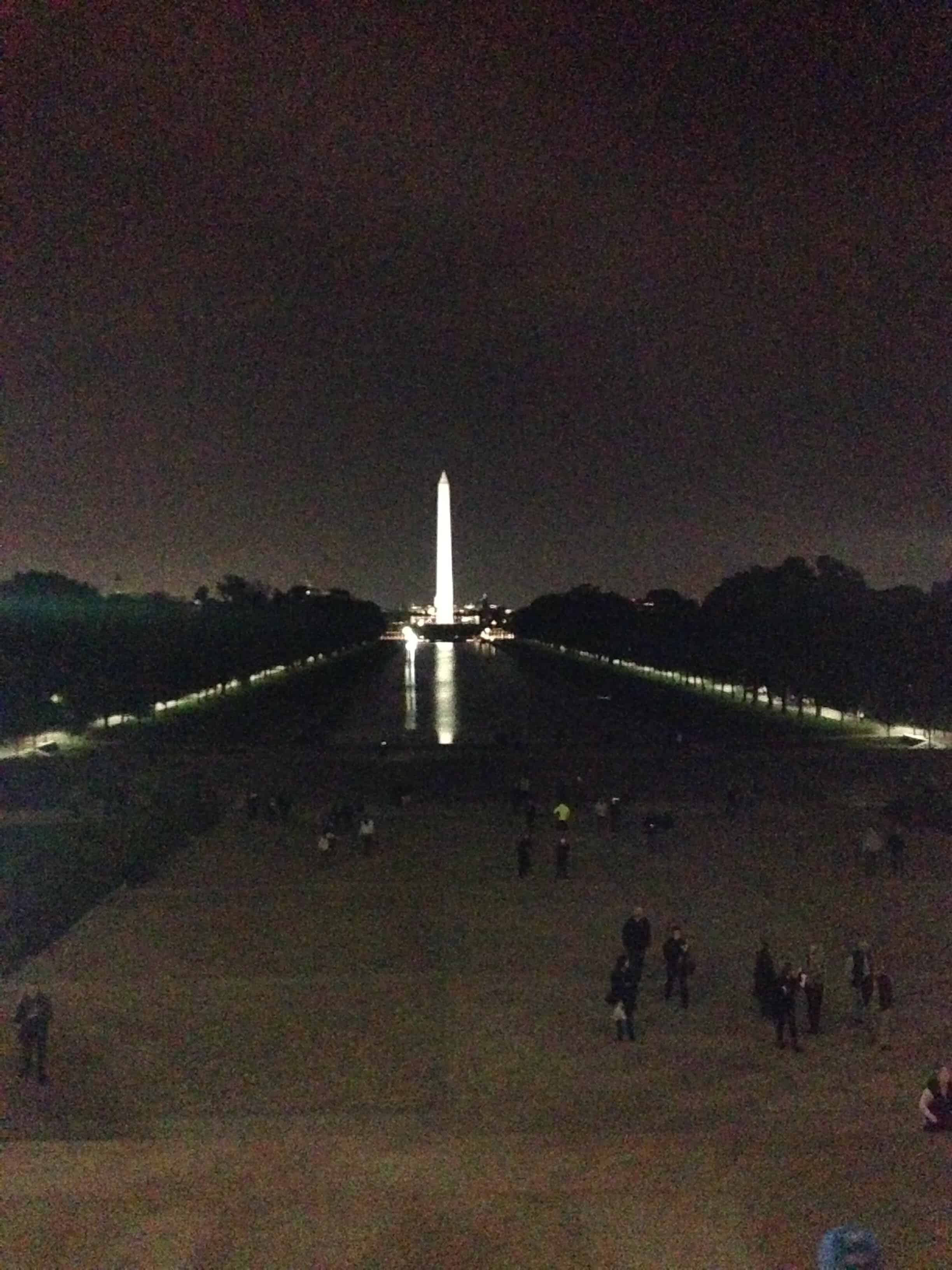 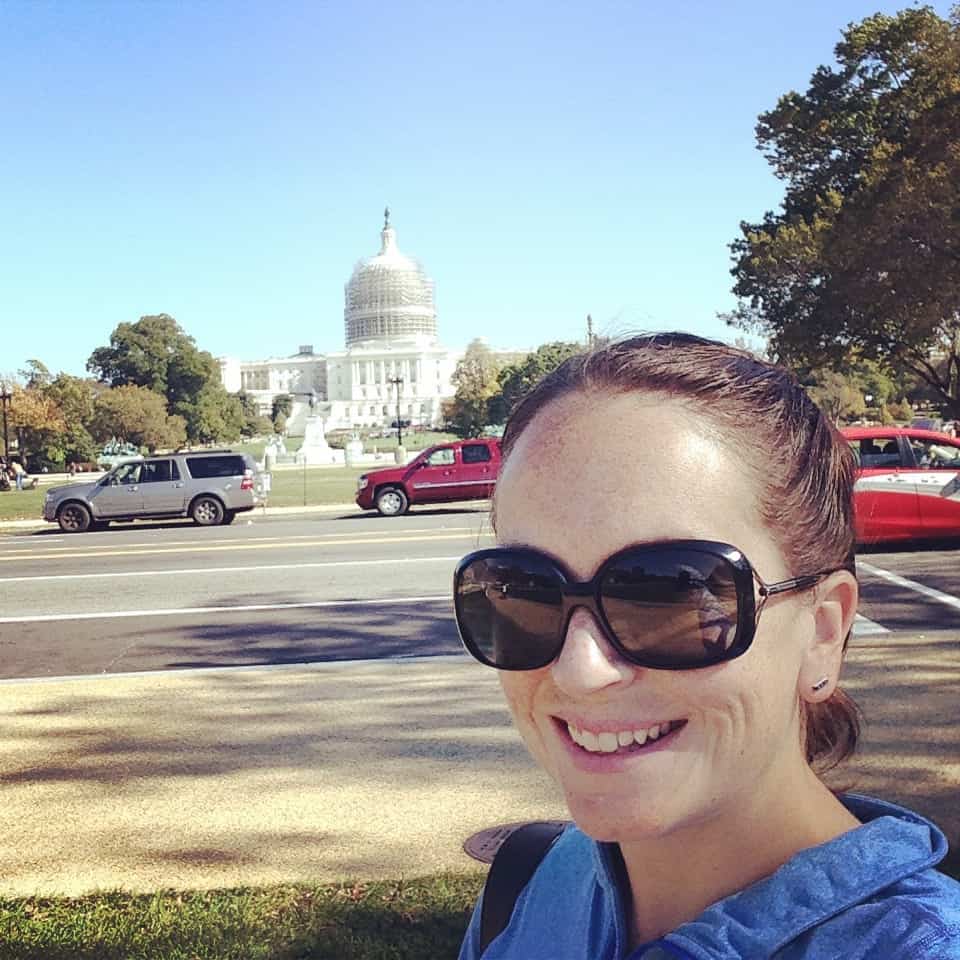 I visited several of the Smithsonian’s and cherished every minute of it.  I even got to see Dorothy’s Ruby Slippers.  My 4 year old would probably kill for them. 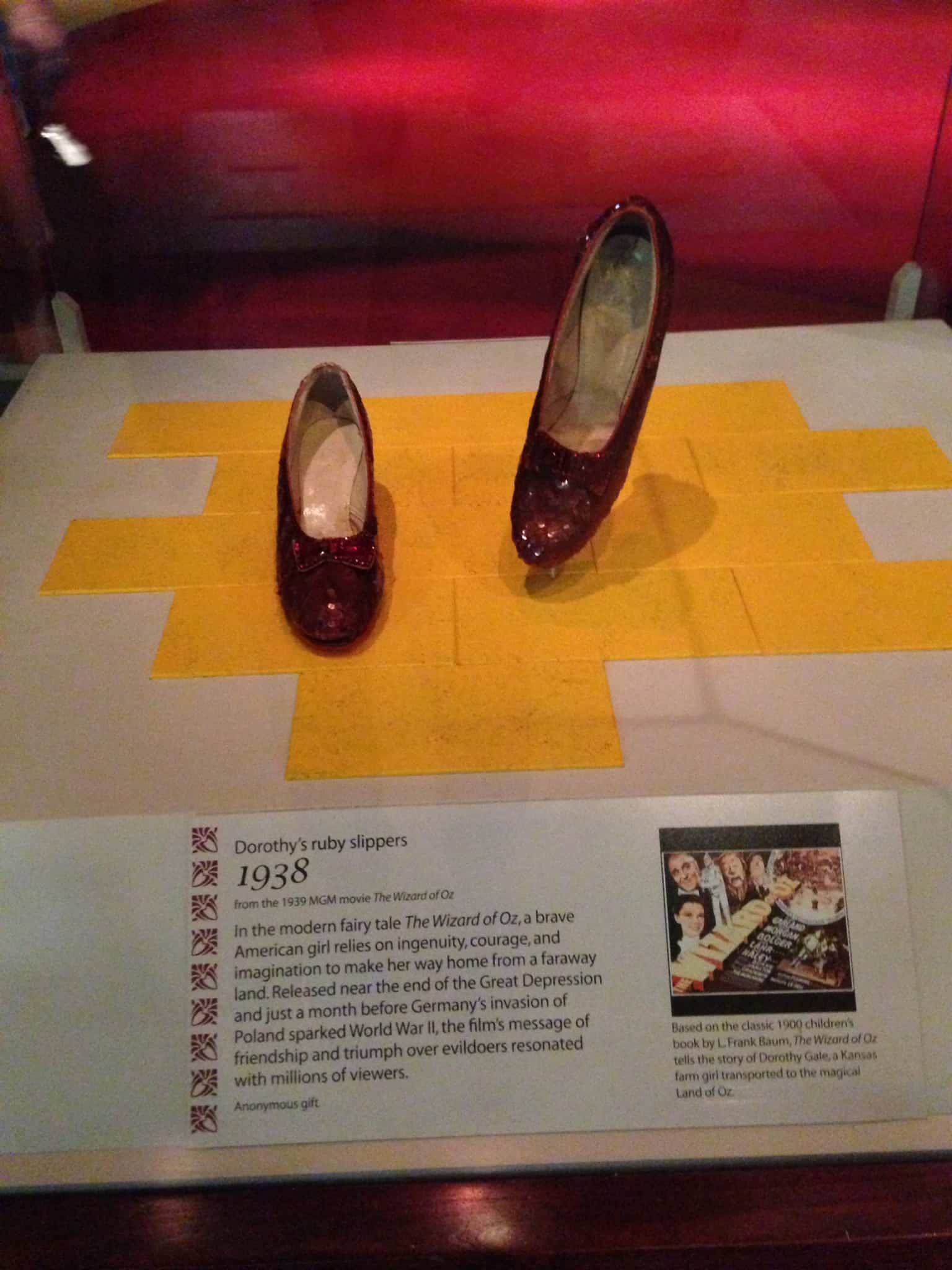 On Saturday morning I attended the Runner’s World Shakeout run at the National Mall.  We did about 3 miles.  Here is an awesome photo of us that Runner’s World captured.

Did I mention my secret running crush Bart Yasso was there. 🙂 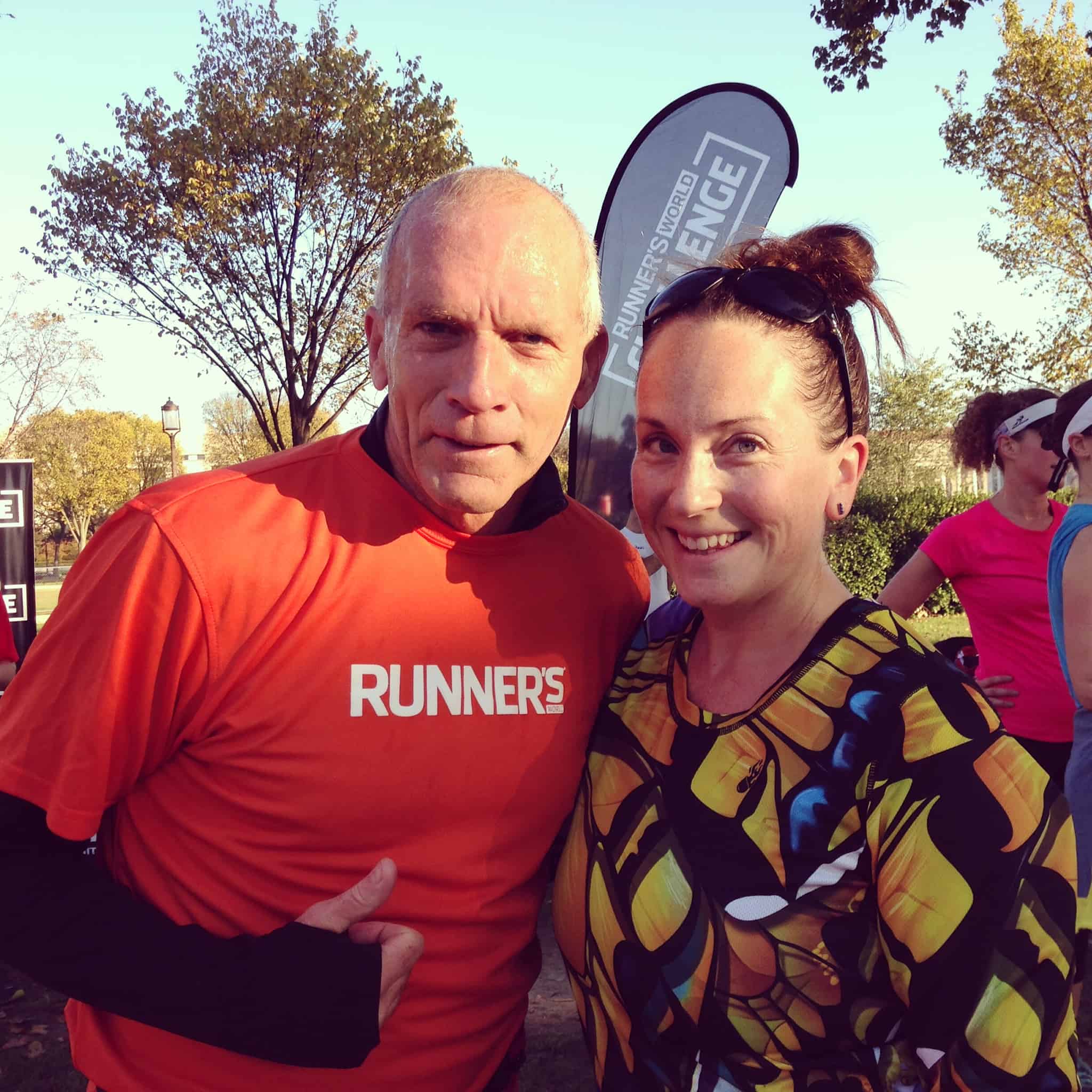 I took the metro race morning.  It was super easy and I think 98% of the other runners did the same thing.  It was pretty crowded. 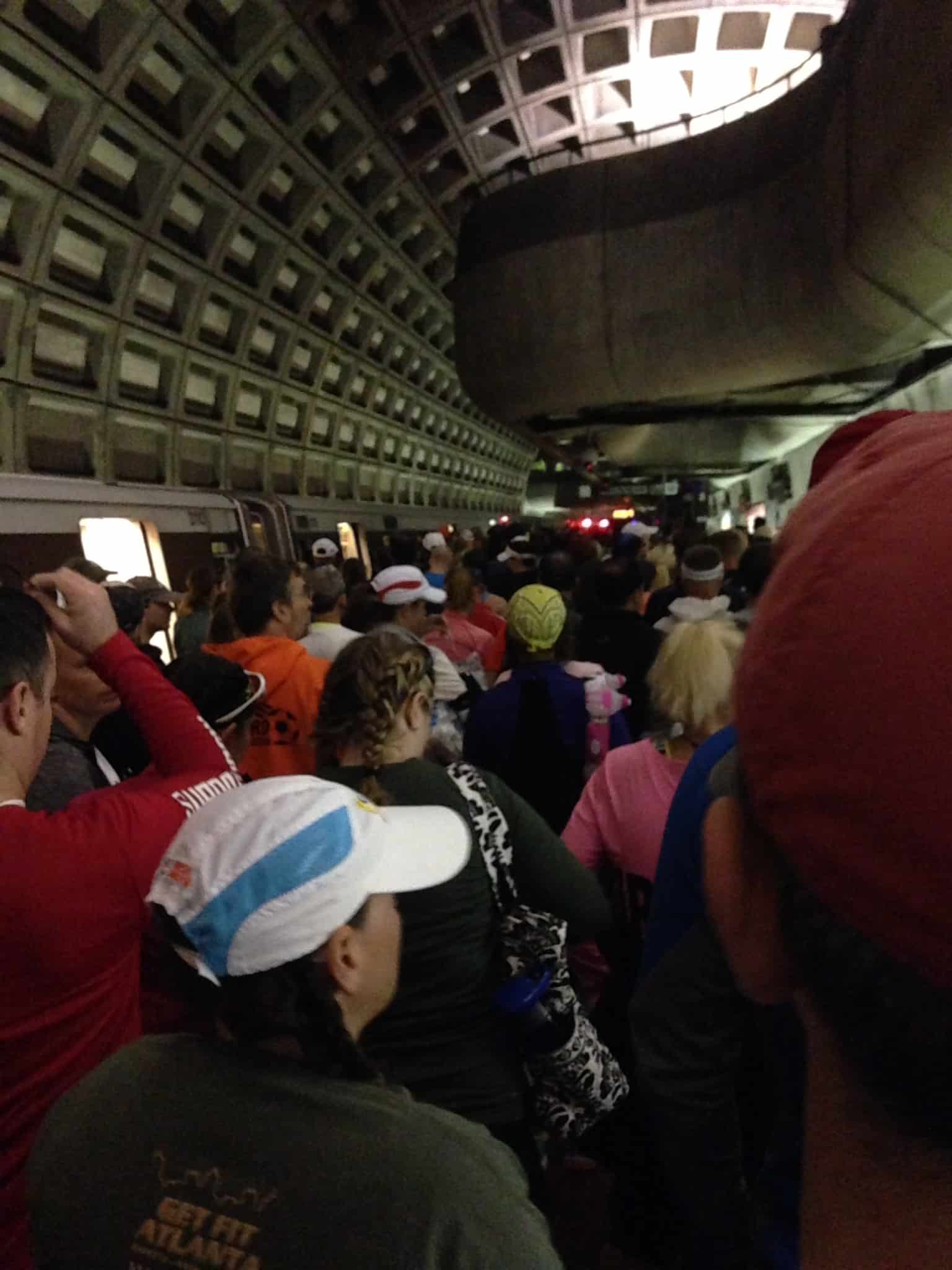 The race started with a parachute team jumping to the start line with huge American Flags.  It was an amazing site. 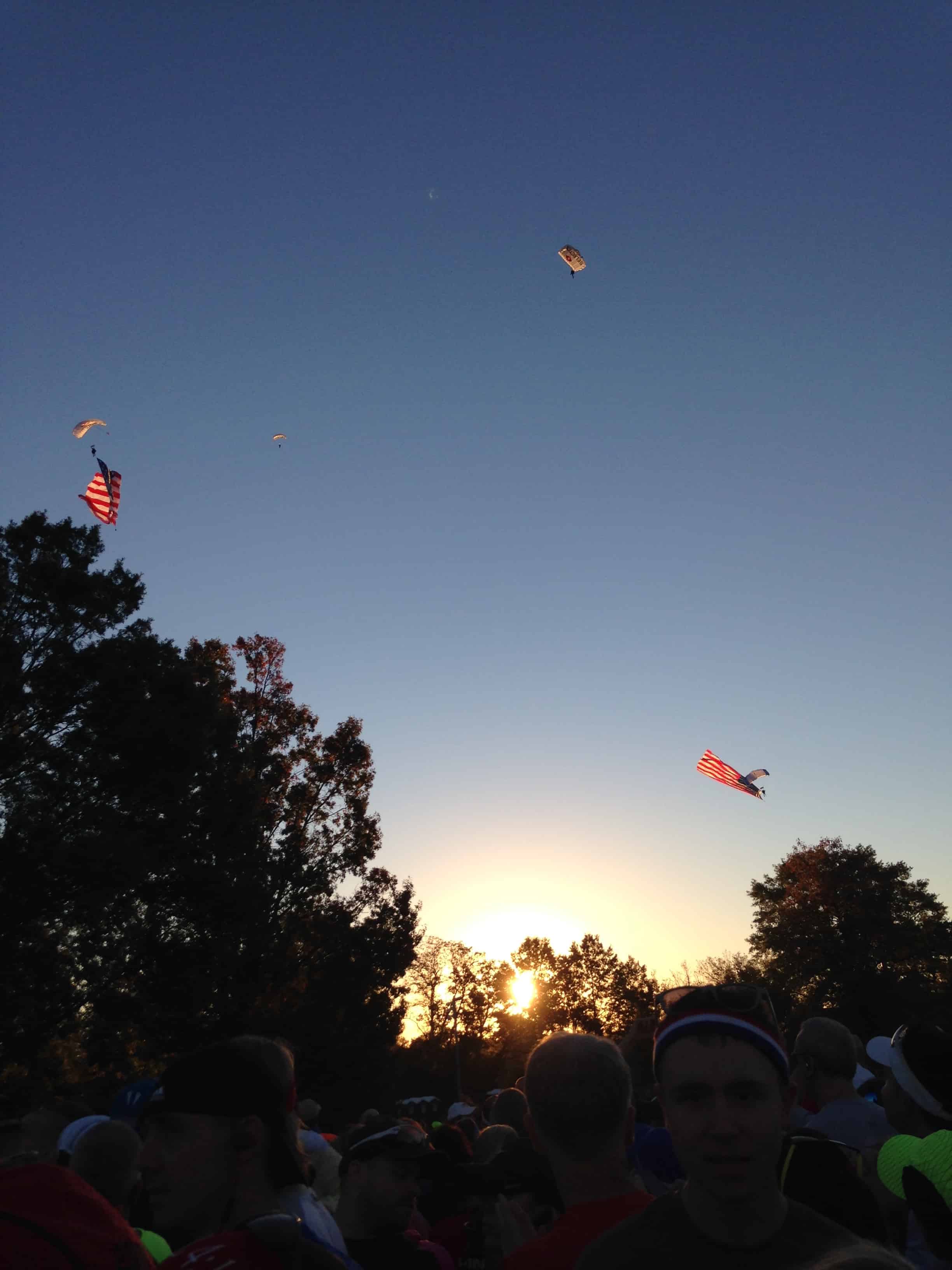 The starting line was near the Pentagon. 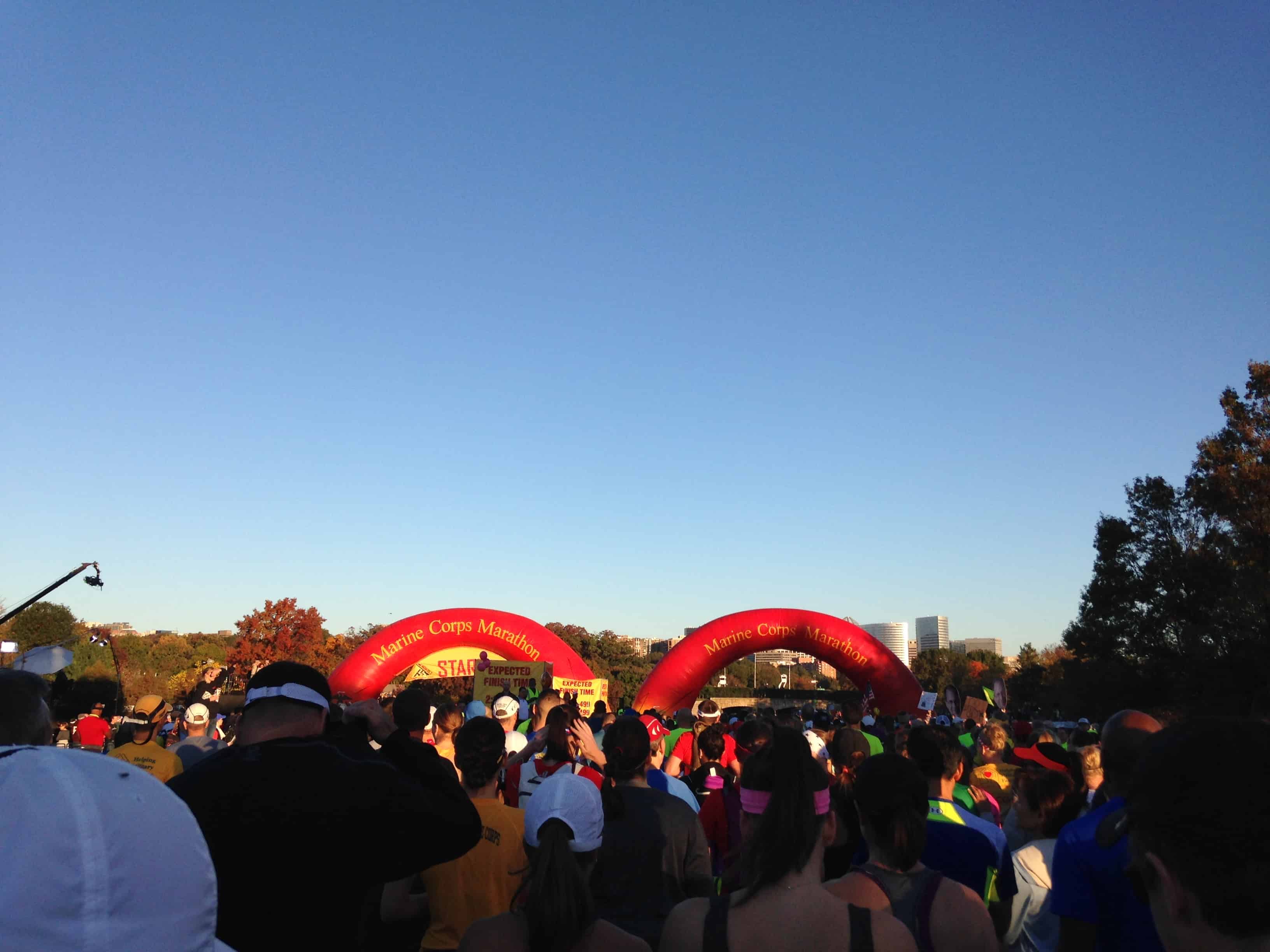 It was fun to get a running tour of an area I’ve never been to.  It was gorgeous.

The wind kicked up a little around mile 10 when we were near the water. 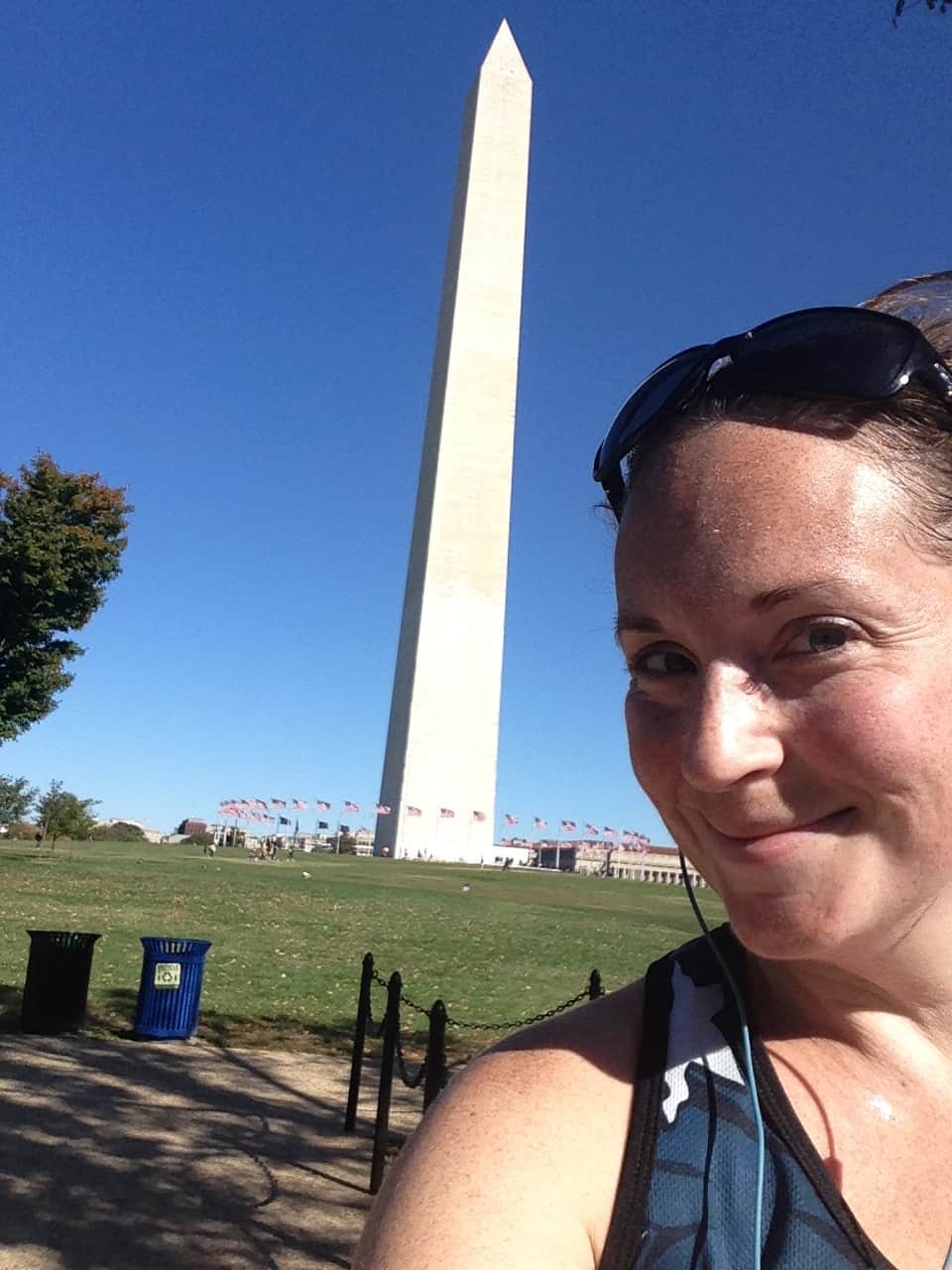 I think running down the National Mall towards the Capitol Building and then running the other direction passing all the Smithsonians was my favorite part.  There is so much to look at it is hard to get bored during this race. 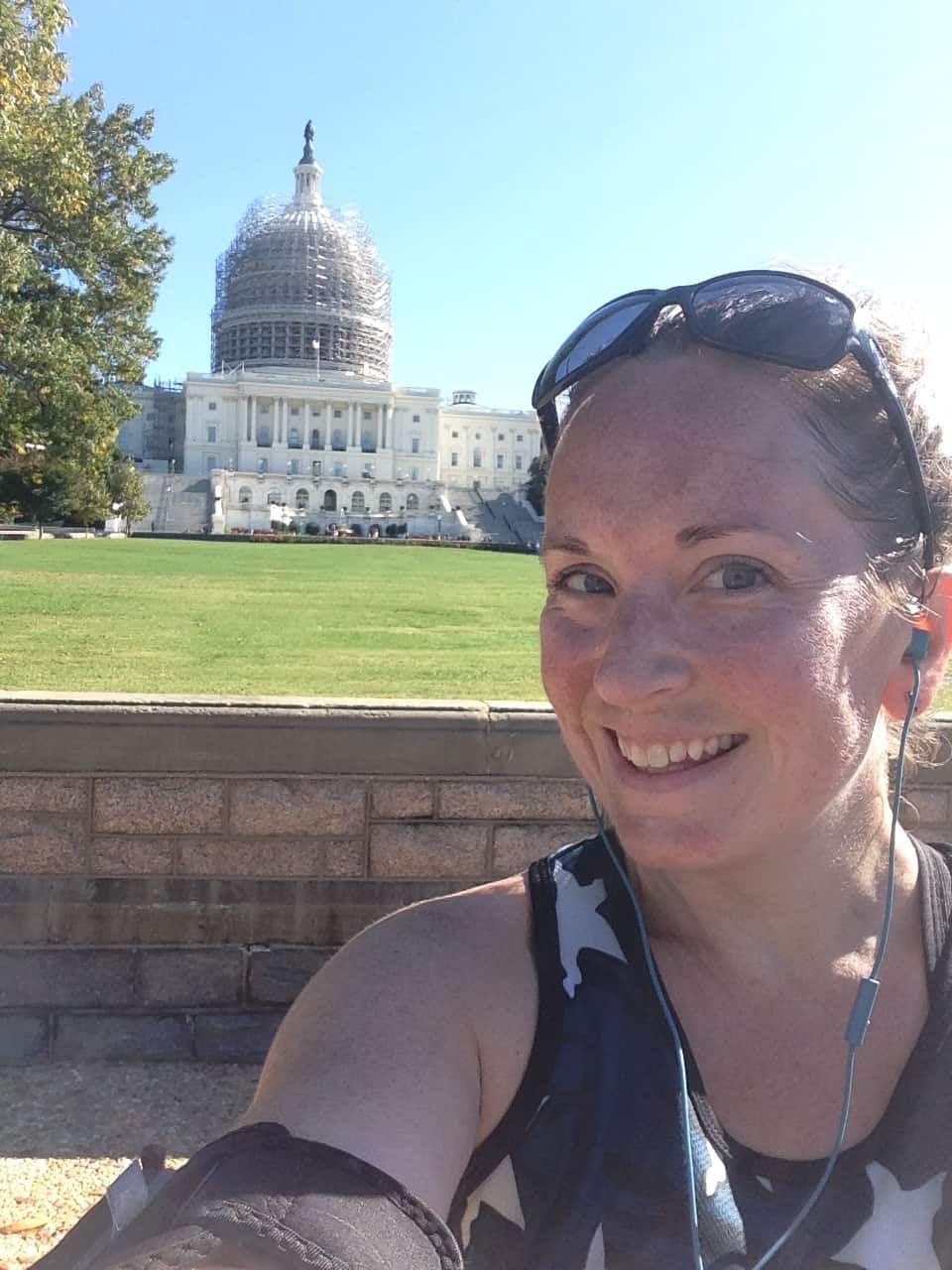 Marines were everywhere and I have to say that they make it hard to get bored as well.  I kept running just because I didn’t want to disappoint a man in uniform by walking. 😉

Mile 20 is the “beat the bridge” section where you have to get to that point by a certain time other wise you would be swept.  The bridge is a pretty hefty incline, but when I hit this point the wind was pretty brutal.  From mile 20 until the finish were some strong gusts.  I was tired and it almost blew me backwards a couple times.  Around mile 23, just after Crystal City, they hand out Dunkin Donut Munchkins which at the time I could barely choke down, but I know some people were very happy about these at that point in time. 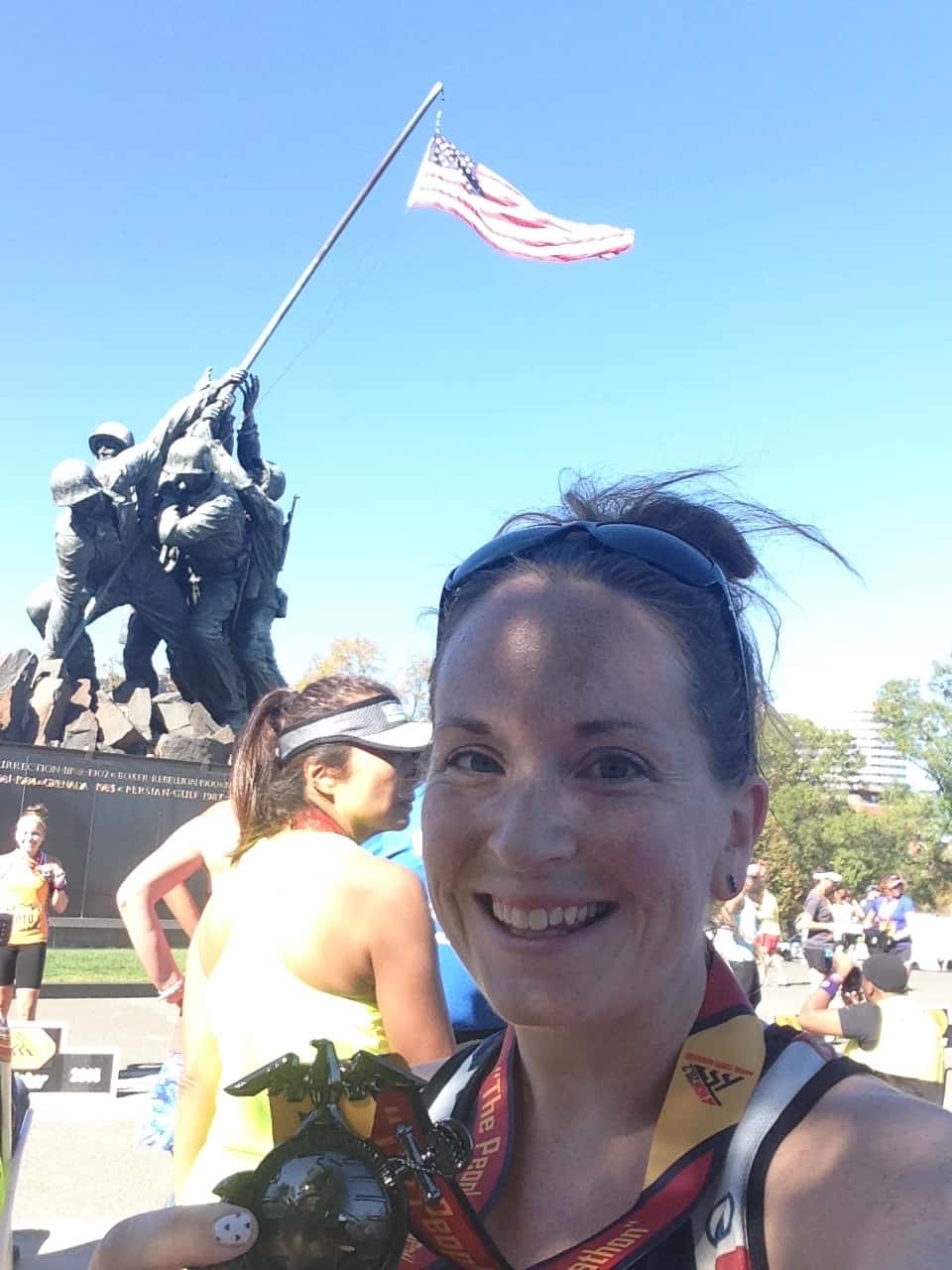 The finish line was a great experience.  Marines everywhere congratulating you and giving you a medal.  Photos in front of the memorial.  I wish I could’ve hung around the finish line party, but I had to race back to hotel to get my suitcase and head to the airport. 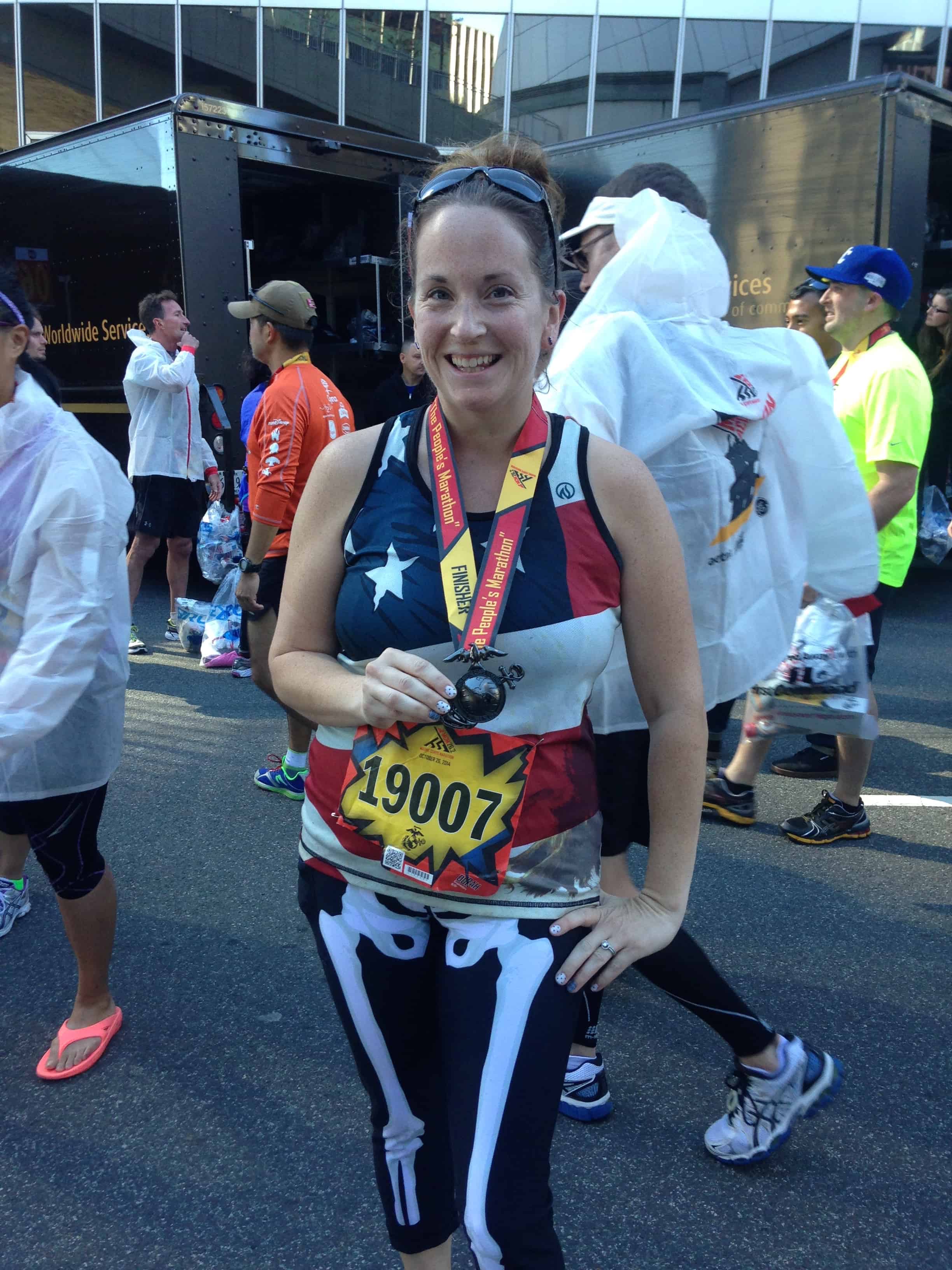 I would definitely run the Marine Corps Marathon again and I would recommend it to anyone thinking about running it. 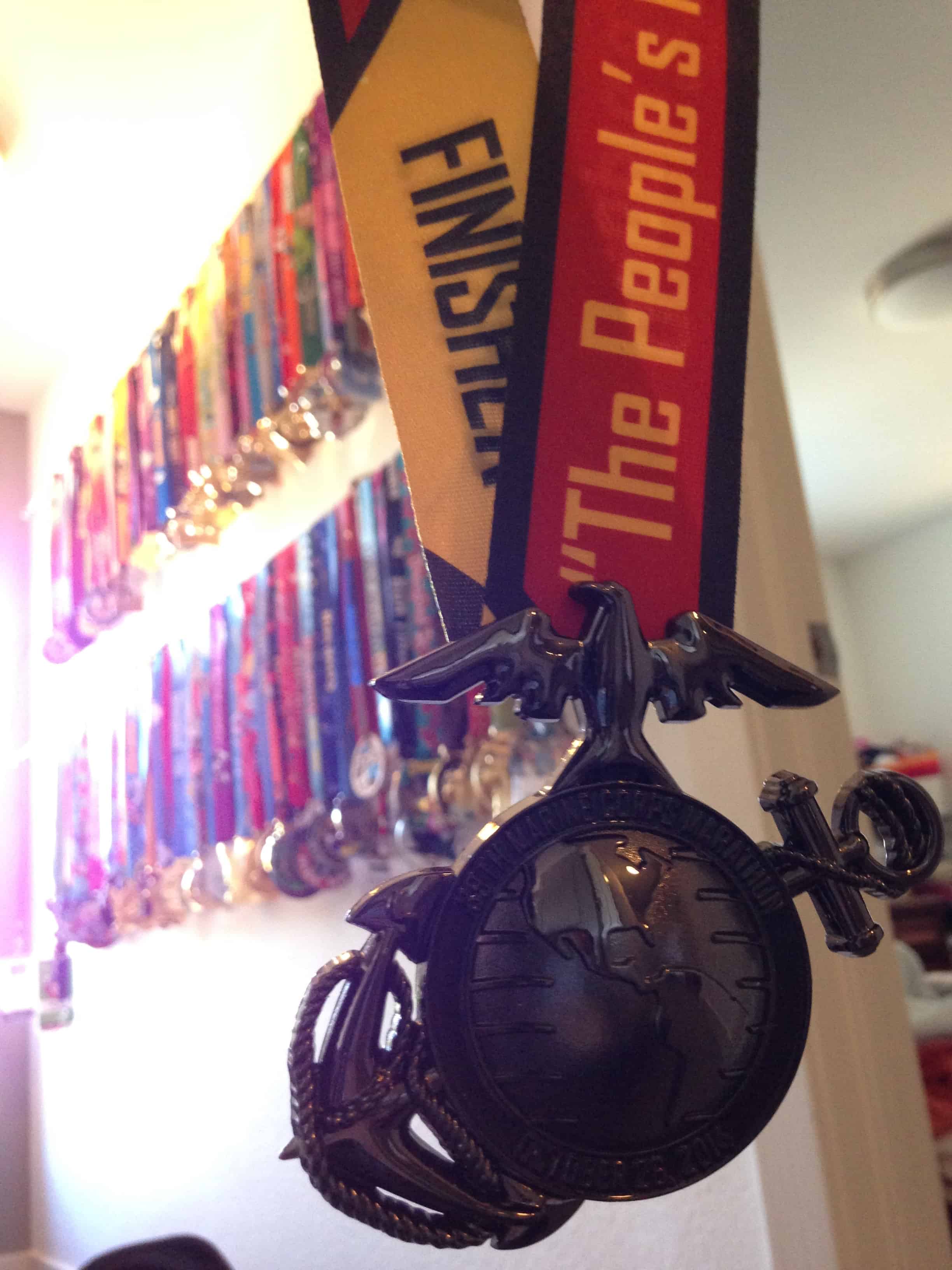 Have you ran the Marine Corps Marathon?