Will the Marine Corp Marathon Still Happen With the Government Shutdown?

Yesterday, the Marine Corp Marathon posted this on their Facebook page: 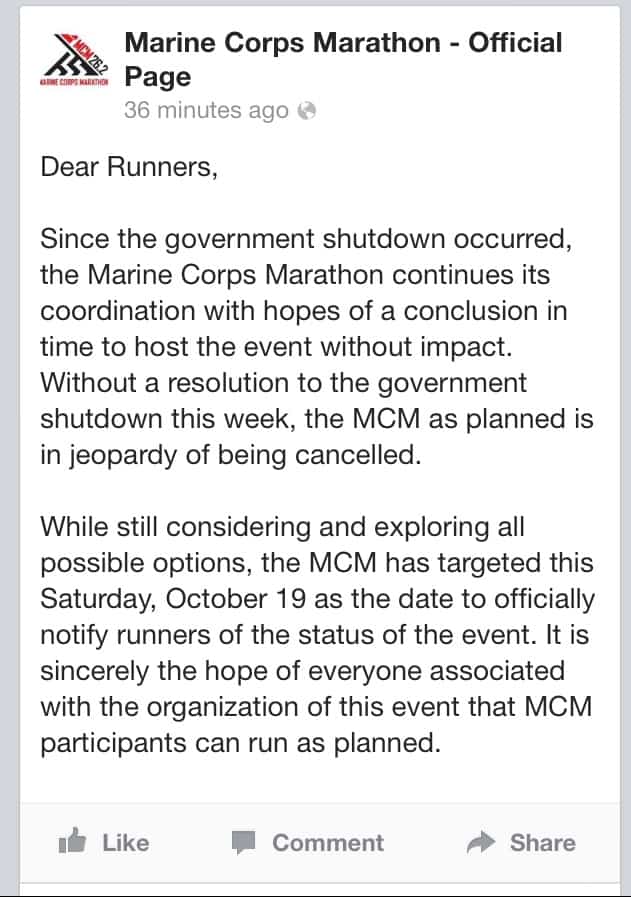 A couple weeks ago we (the runners) were sent a vague email about the possibility of the race being cancelled, but this message on Facebook was more direct.  After seeing images on the news of all the trash piled up around Washington DC and the lack of employees around with the government shutdown I question how it even could still go on?

The course would need to be clear and clean.  This would also be my first trip to Washington DC and was planning to see all the national monuments.  If those are all closed, how would the tourism be affected with 30,000 runners and their families in town?

I read a group of runners saying that if the Marine Corp Marathon gets cancelled they are still going to run the race.  I don’t think this would be very possible since the roads won’t be closed from traffic, but with non-refundable airfare I understand where they are coming from.