I had the pleasure of interviewing Hunter Kemper, who is a pro Triathlete and 4 time Olympian.  The Walt Disney World Marathon is presented by Cigna and they are also one of Hunter Kemper’s awesome sponsors.  The slogan that was everywhere during Walt Disney World Marathon week was “Go You”.  I LOVE that.  Hunter pointed out something that I hadn’t thought much about, which is he loves that at the runDisney race everyone who works hard and gets out there and finishes gets a medal.  It isn’t about first, second or third place.  It is about getting out there and doing it.  Go You for sure!  I hadn’t really thought about the fact that of course I get an awesome medal, but the focus isn’t about winning, it is about finishing at the runDisney events, which isn’t the norm at a lot of races.

The triathlon wasn’t an Olympic sport until it debuted at the 2000 Summer Olympics in Sydney.  Hunter Kemper was there and has been to the Olympics 4 times representing the US.  I asked Hunter what some of his favorite memories were and he said that competing in Sydney, the first time the triathlon was an Olympic sport was amazing.  Triathlons are a very big deal in Australia and people lined the water and streets to watch.  Hunter told me that they got to swim right there by the Sydney Opera House.  I got goosebumps just thinking about it.

I learned that Hunter’s first triathlon was when he was 10 years old!  It was a youth triathlon, so the distances are shorter.  He was a swimmer growing up and also ran cross country in college.

We talked nutrition which I found interesting.  He told me that in his young days he loved pizza, but as he got older the focus on the right nutrition became more important.  I completely agree with this.  I can’t eat junk and perform very well like I did in my younger years.  He stressed the importance of after a hard workout, long training session or long run to eat protein within the first half hour.  Your body needs the protein to help rebuild.  He also talked to me about making sure you give your body calories that you need along the race course.  If you are running a marathon your body needs calories as you go along which is why gels, energy blocks, bananas, whatever it is you use is very important.

Hunter is the father of 4 kids and still manages to stay in top shape.  He lives in Colorado Springs, so he is close to the Olympic Training Center.  I asked how he manages to balance work and being dad to 4 young kids.  This is the most important thing for most parents, I think, no matter what your job is.  He told me that  when he comes home he will leave his cell phone in the other room at times to make sure he is being dad to his kids and they get the attention.  As a parent, making sure your children gets your time without distractions is the constant struggle, but is also so important.

I found Hunter Kemper to be one of the nicest and most inspiring people I have ever had the pleasure of speaking with.  A big thank you to Hunter Kemper for taking the time to speak with me and also to Cigna for providing me with this opportunity.

To learn more about Hunter Kemper here is a link to his website.

Who was at Walt Disney Marathon Weekend?  Did you see the inspirational short video clip presented by Cigna with “This Little Light of Mine, I’m Gonna Let It Shine.” playing during it?  I have now added that song to my playlist 🙂 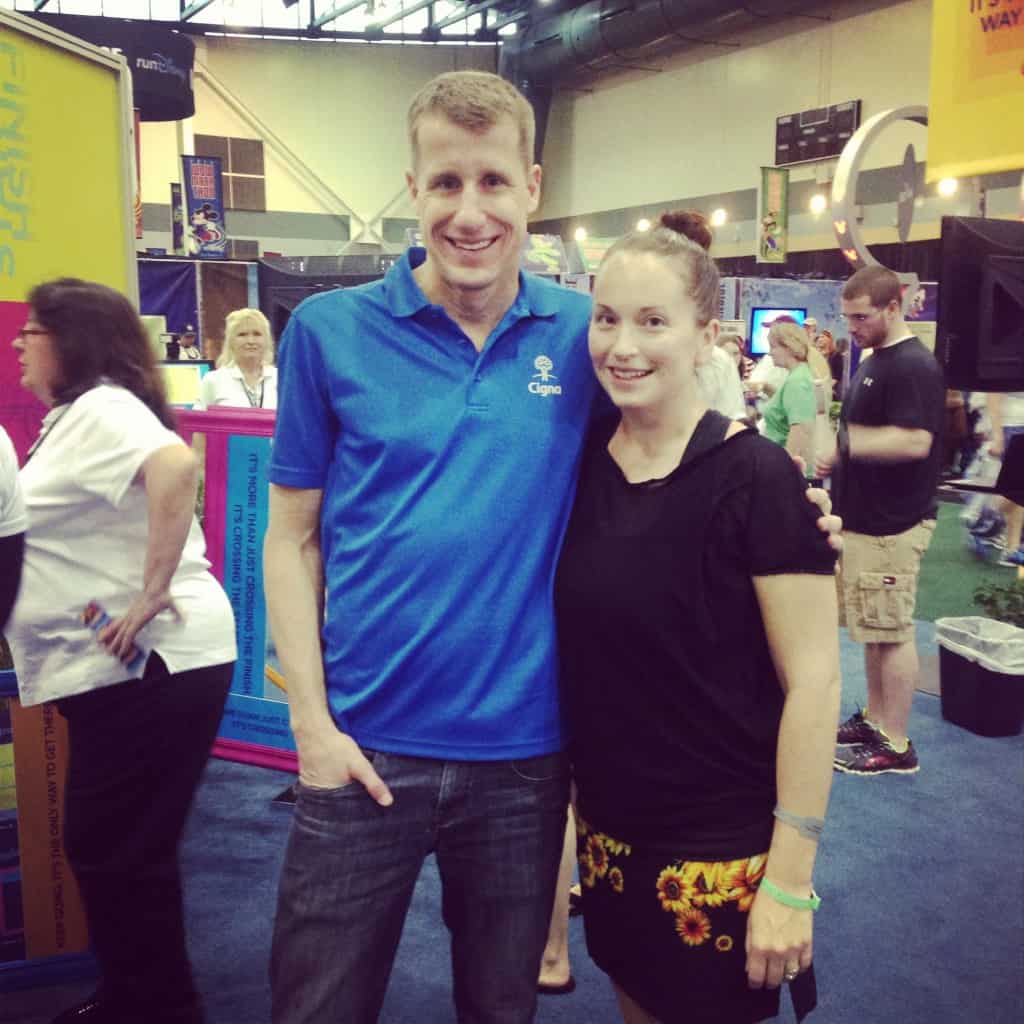