Since the race is in Ventura, CA we needed to stay at a hotel (like most people running the race).  Since I decided late in the game to run the race (and it was also Memorial Day Weekend) pretty much everything was booked.  I kept checking back and a room opened up at the Vagabond Inn.  I figured it couldn’t be that bad…I was wrong.

We got there and checked in and apparently we were the last people to check in.  The only room available for us was a smoking room.  I almost started to cry.  He gave me a key so we could go “check it out”.  It smelled like someone had literally just finished smoking a pack in there.  My daughter started crying saying it was a “stinky skunk room” and that she wanted to go home.  I went back to the office and the story goes on with the guy telling me I should just burn some incense in there….ummmm no sorry I’m fresh out incense.  He called one of his buddies at a different hotel and they were booked.  Meanwhile the man working the counter was having a side conversation with a man about a spider infestation.  Yep, I don’t know if it was about the motel or not, but I didn’t want to find out.  I checked in since we had no other option, got the keys and got in the car with my husband and daughter.  A “party” was going on at the second story walkway right above our room with a group of questionable people with coolers, smoking and heavily drinking.  I got some cat calls and my husband said no way.  We drove around and he went into a hotel called the Clocktower Inn which is where the race shuttles were picking up and would’ve been my first choice, but was always booked.  My husband went in and I only could imagine, begged for a room.  He said it was weird that they said they were booked, but then said they had a room a few minutes later.  We were elated.

We got our stuff and got into room.  My daughter was so happy.  The room was much nicer, but it only had one queen size bed.  We didn’t care, we would make it work.  After settling in I looked for the remote for the TV and called the desk and was told that they didn’t have one “sorry” and the TV doesn’t work without it.  Ok, so we didn’t watch TV.  I needed to get up at 3:15am anyways so we decided to go to bed.  I went to turn the lights off and nothing happened.  I tried a couple more times and nothing happened.  I walked around the room looking for another light switch and there was nothing.  I called the front desk and asked and she said she would be right there.  She came in the room and pressed the button and nothing happened and she said ” hmmm that is so weird” not so convincingly and I now realized WHY this room was “suddenly” available.  She then, without missing a beat, said that she can unscrew the lightbulbs for us.  Ummmm say what??? Seriously?  A. the ceilings were about 16 feet so unless a really big ladder was hidden somewhere that would be a problem and B. my husband quickly pointed out and asked what we then do in the morning when we need light?  My husband walked over to the light switched and just started gently pounding on it and it went off.  Hallelujah!

Ok, so the race start time was 6am.  We were all assigned a shuttle time since it was a point to point race.  I was assigned 4am which I thought was ridiculous since the race didn’t start for 2 hours after that.  It said in the packet that volunteers would be checking to make sure you are at the right time and at the thought of missing the race I didn’t want to push my luck and take a later shuttle.  I showed up at 4am to find a billion school buses and NO ONE checking “assigned shuttle times”.  I was on one of the first 3 buses and when we got to a dark area the busses let us off.  No lights, signs or anything. One guy who ran the race previously said to follow him….so we did…down a dark industrial road.  In my head I kept thinking this is the makings of a horror movie.  About a half mile later I could see an inflatable starting line being set up.  We got there and they were still setting up the lights and whole starting area.  I was a little annoyed at this.  If they wanted us to be on 4am buses, they could at least have everything set up when we got there.  All of us were then just sitting on the pavement…in the dark. 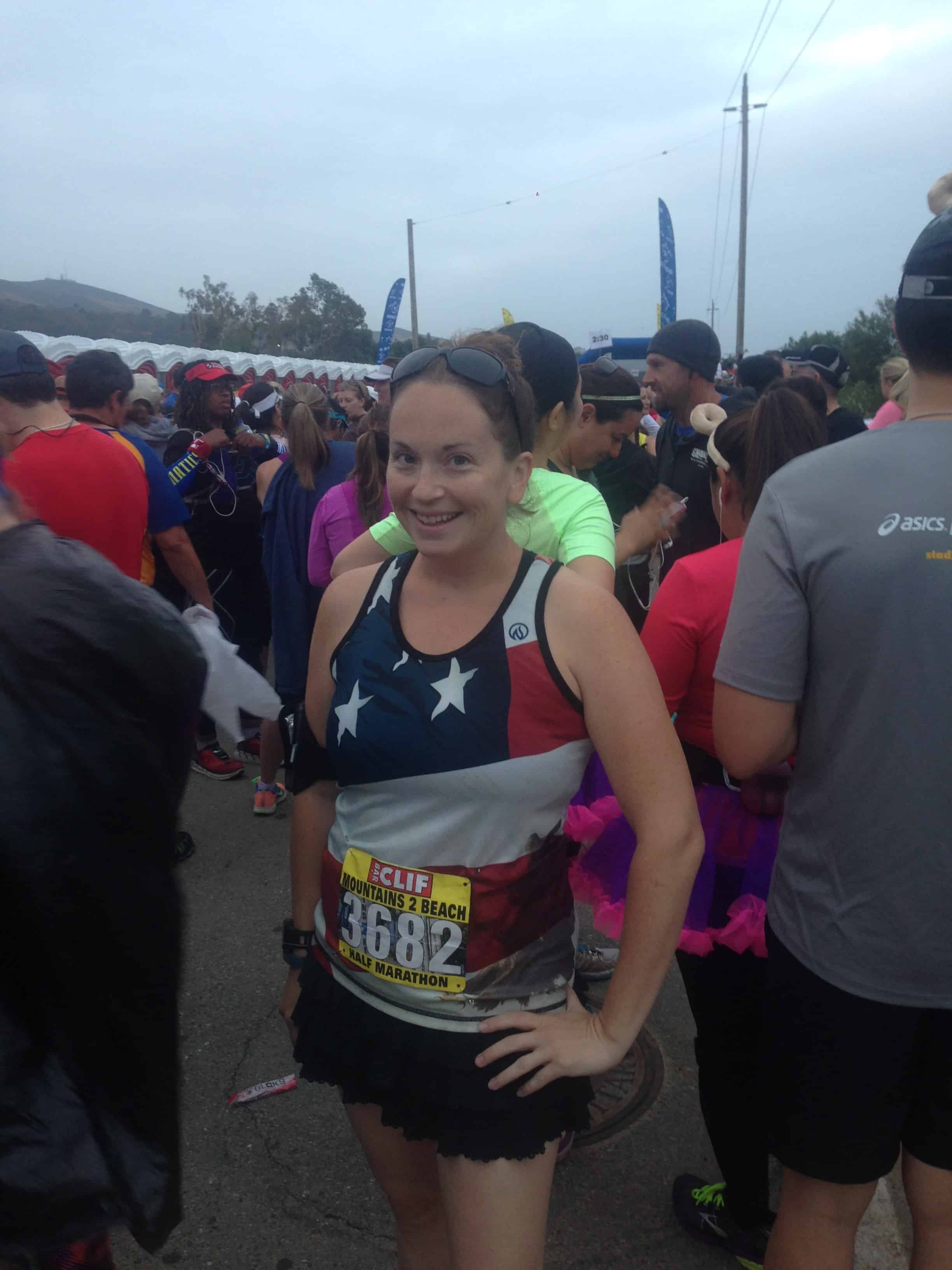 Ok, I figured no big deal, I will still have a good race.  We started on time and the course goes through industrial area for the first 8.5 miles.  First part on road and then from mile 2- 8.5ish on a paved bike path.  The path runs parallel for most of the time to a freeway and the other side of the path is industrial, like truck yards and oil rigs.  I was a little bummed it wasn’t more scenic, but I just kept running.  We passed several homeless people sleeping along the way.  I hope we didn’t wake them up… 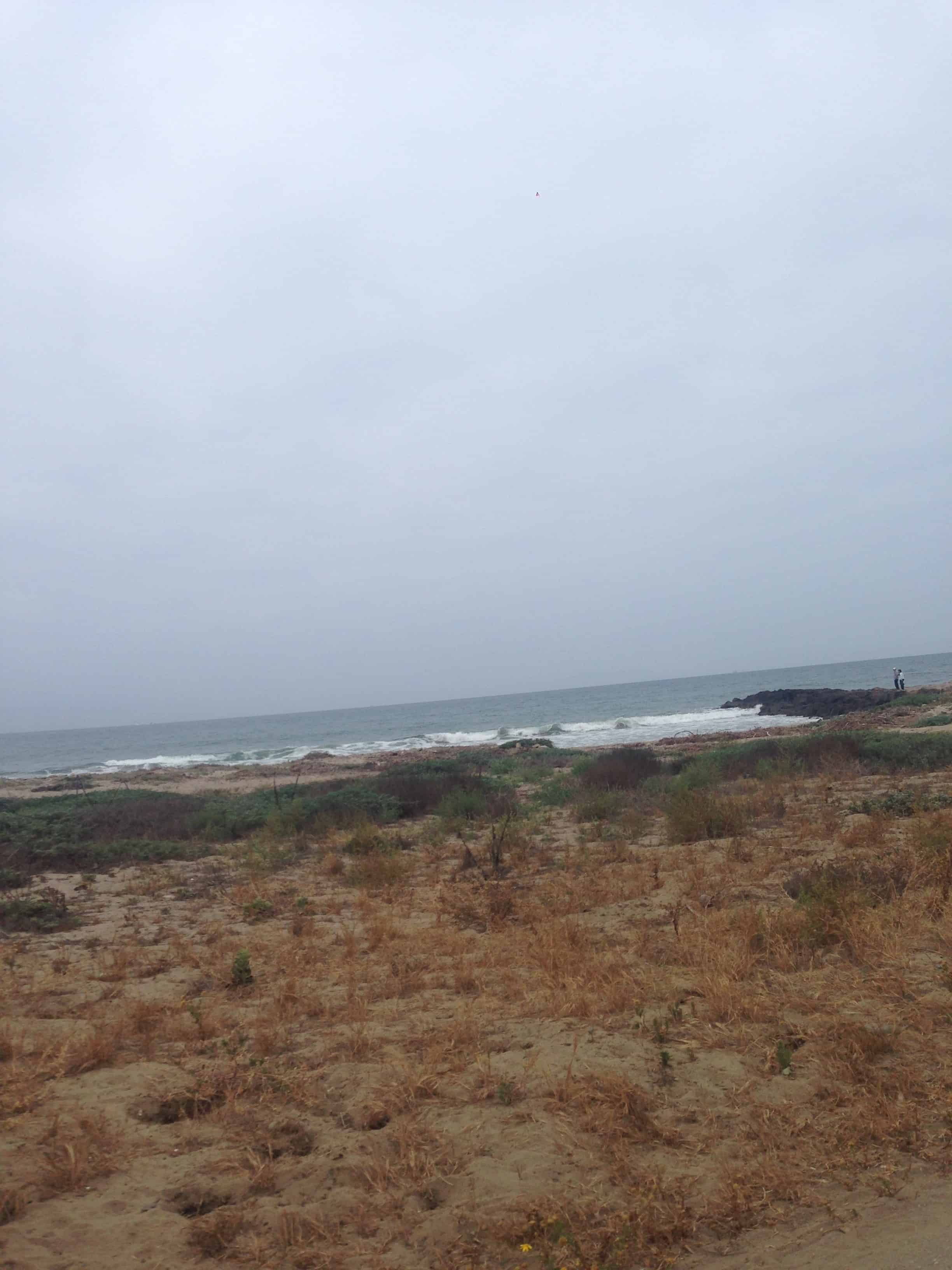 The water stops and volunteers were great though.  They were well stocked and very nice.  The race instructions did warn to bring your own fluids because the water stops were mostly over 2 miles apart.  I had no problems with it though. 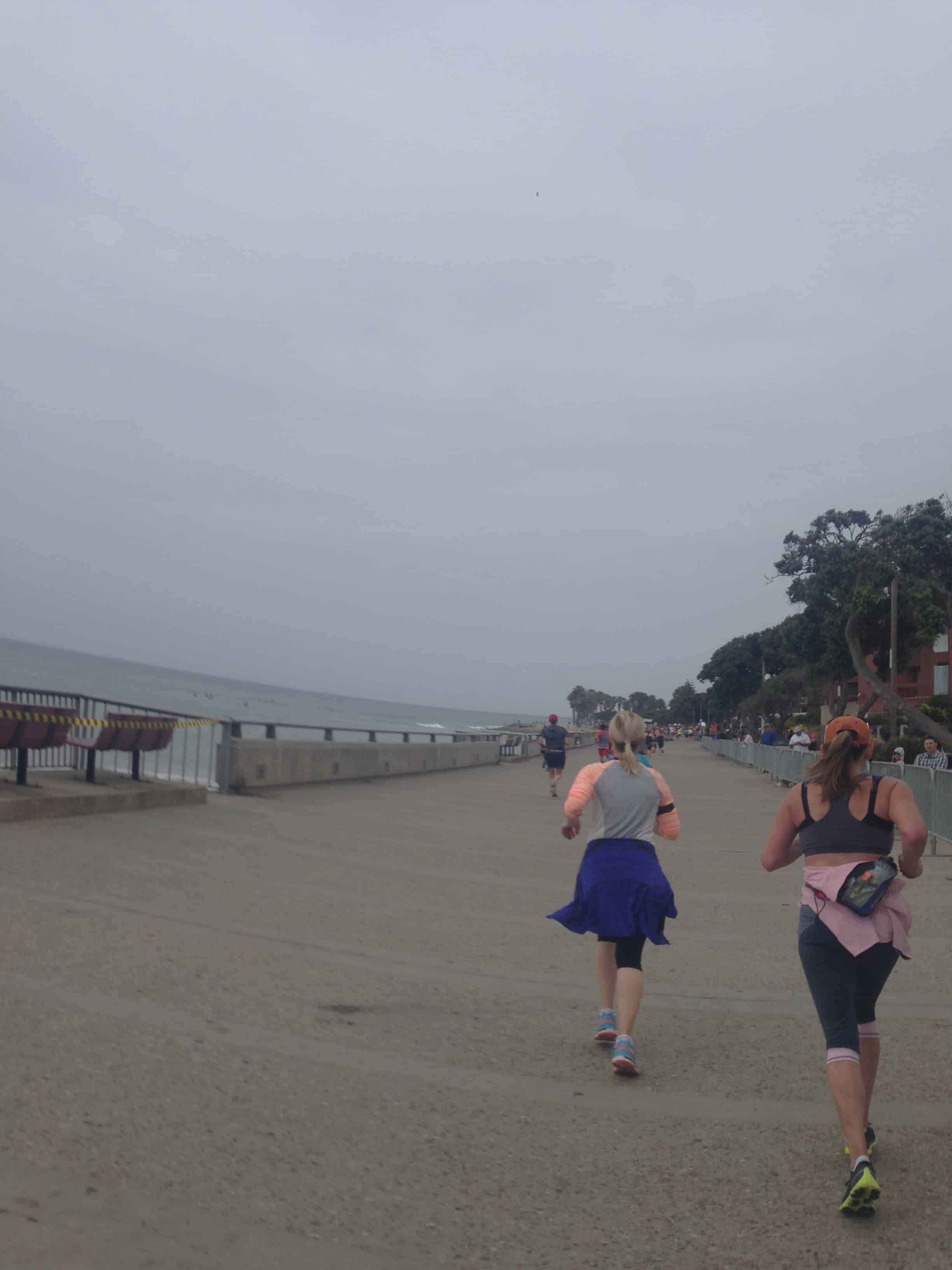 We finally got down to the beach area ran along a paved beach sidewalk and path.  The finish line area was the best part.  Well organized and good food.  To be honest it tops the list for one of my overall least favorite racecations, but the course is decently fast.  There are some hills, but more downhill then up and overall pretty flat.  I had fun once I started running, but the rest I could’ve lived without.  It is definitely memories and made my husband appreciate the runDisney race weekends that much more. 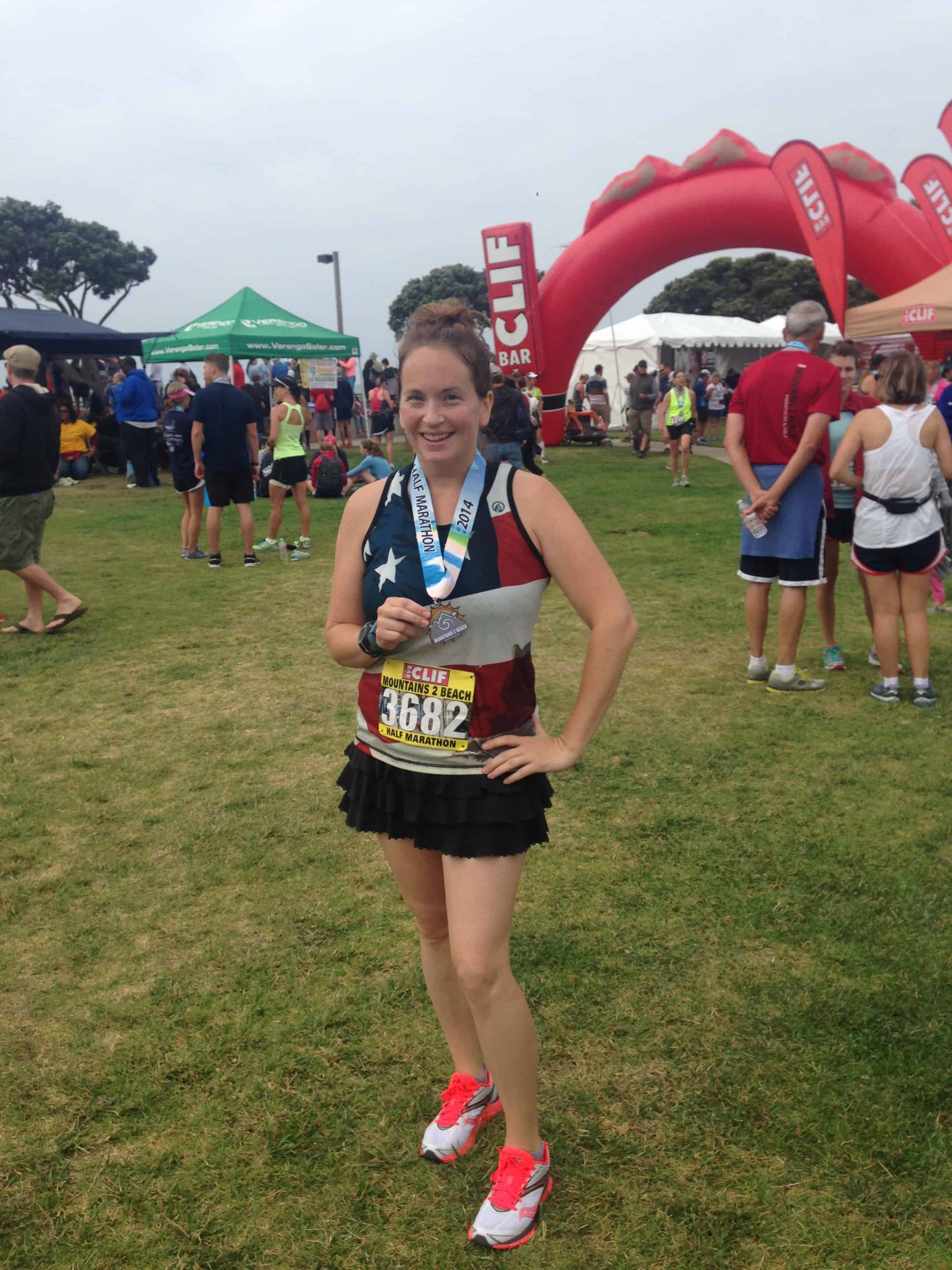 My husband and I are still laughing about offering to unscrew the lightbulbs. 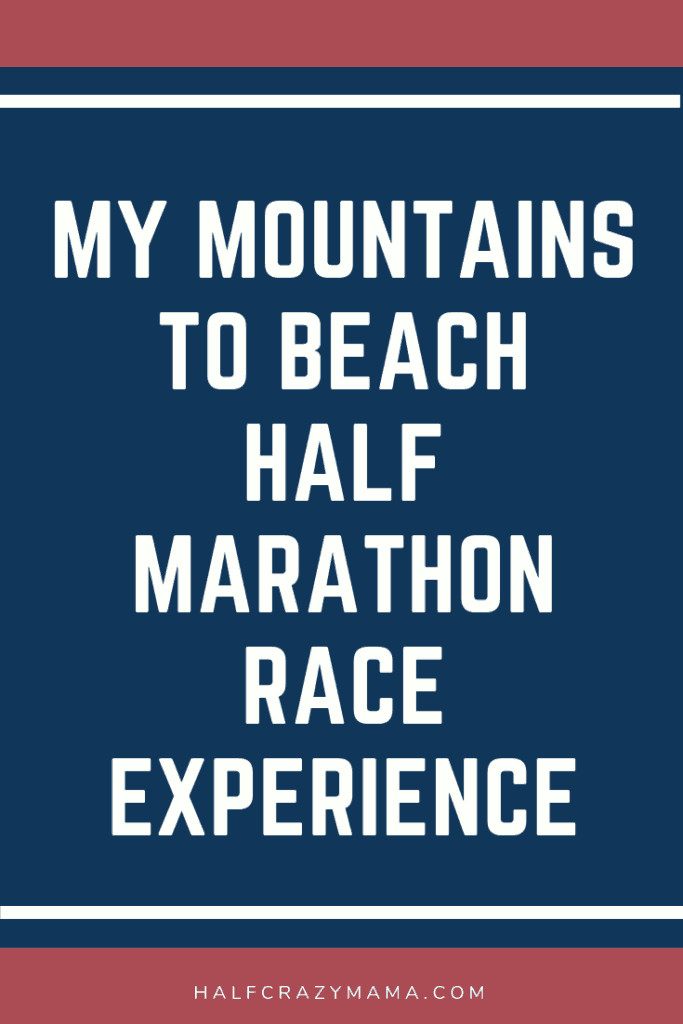