I have only had the Garmin Vivofit for a little over a week, but have had a HUGE response of people asking about it.  This is why I thought I would write an initial review of my thoughts, pro/cons etc.

I will just jump right into it.  I love not having to charge it.  It is said that the battery will last a year at which point you can replace the battery.  I love the screen and the button to easily scroll through the displays.  Since the battery is designed to last a year though there is no backlight on the screen which means you can’t see it in the dark.

The Garmin Vivofit is an activity tracker much like the Nike Fuelband or Fitbit.  It isn’t a race watch that uses GPS to track pace etc.  It is a pedometer essentially.  It can sync with your Garmin heart rate monitor though which is a very nice feature. 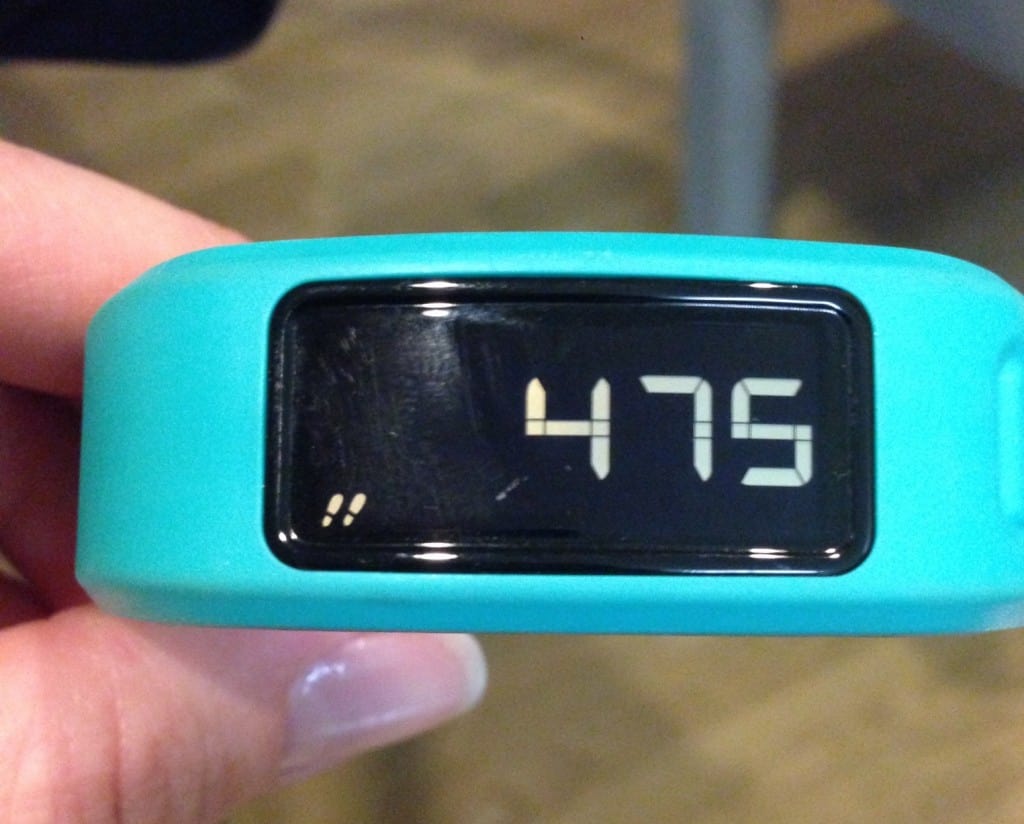 How many more steps you need to your goal. 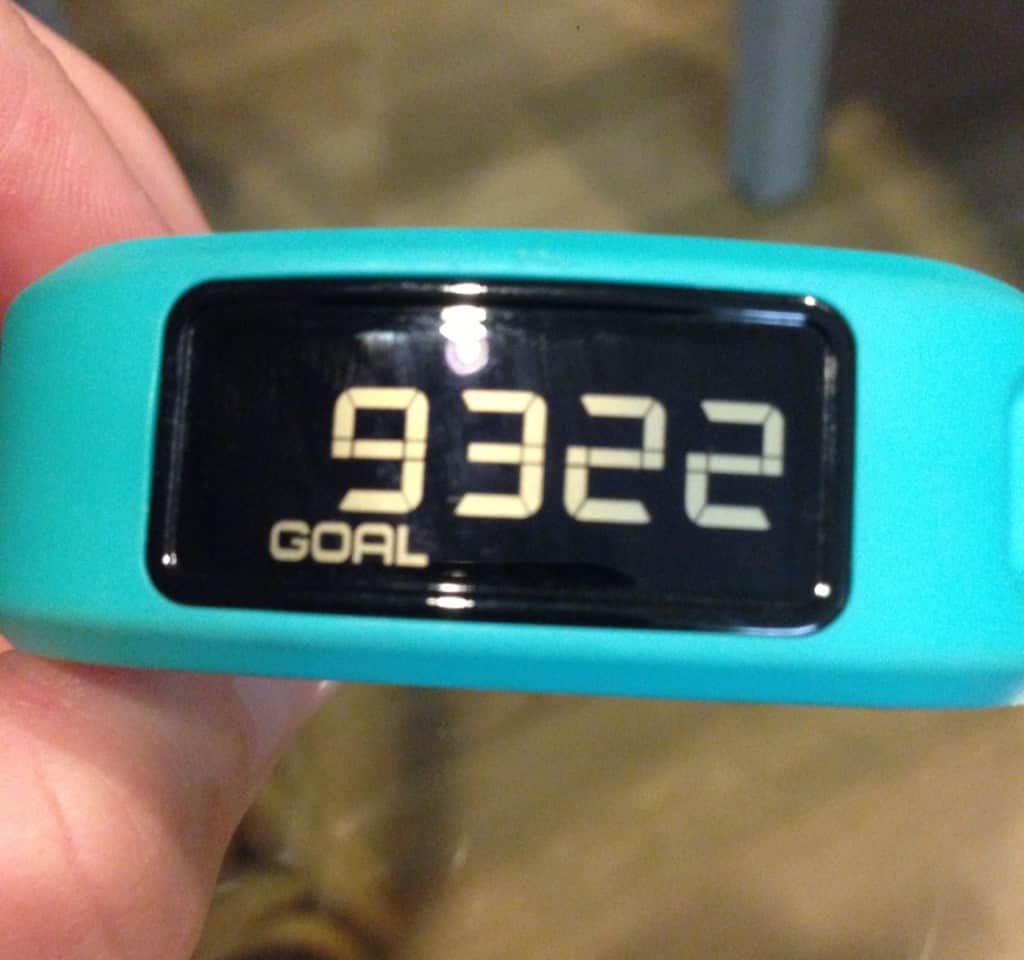 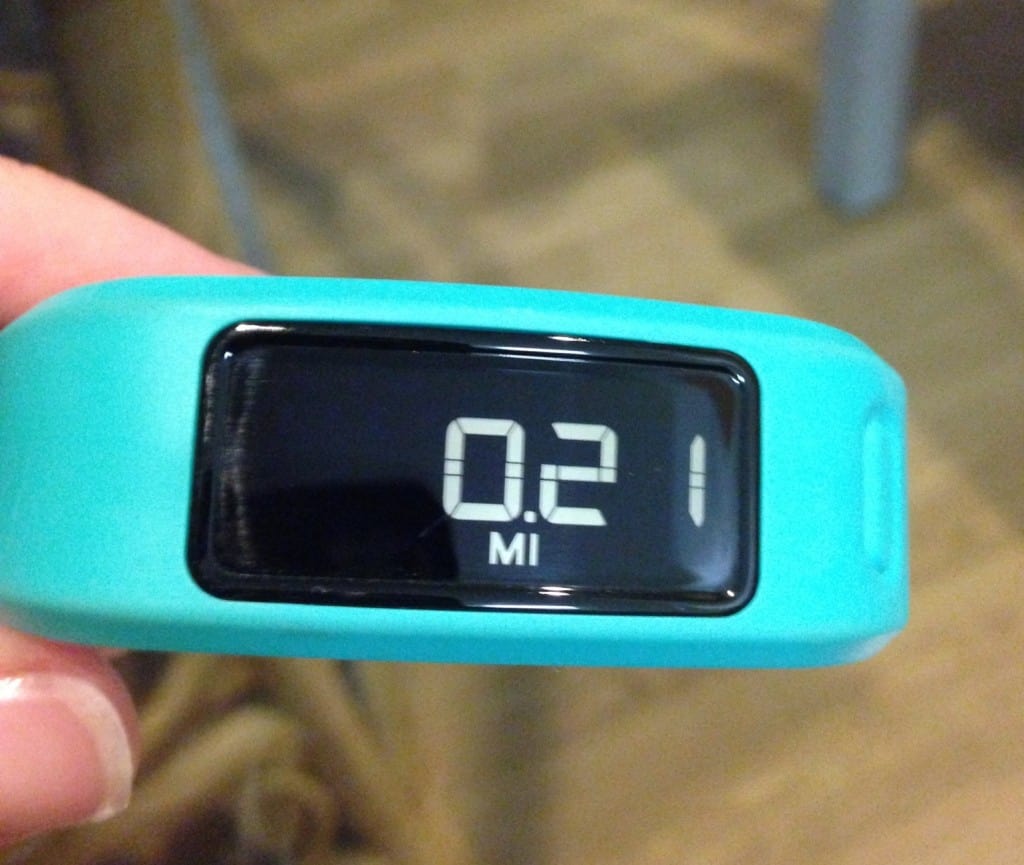 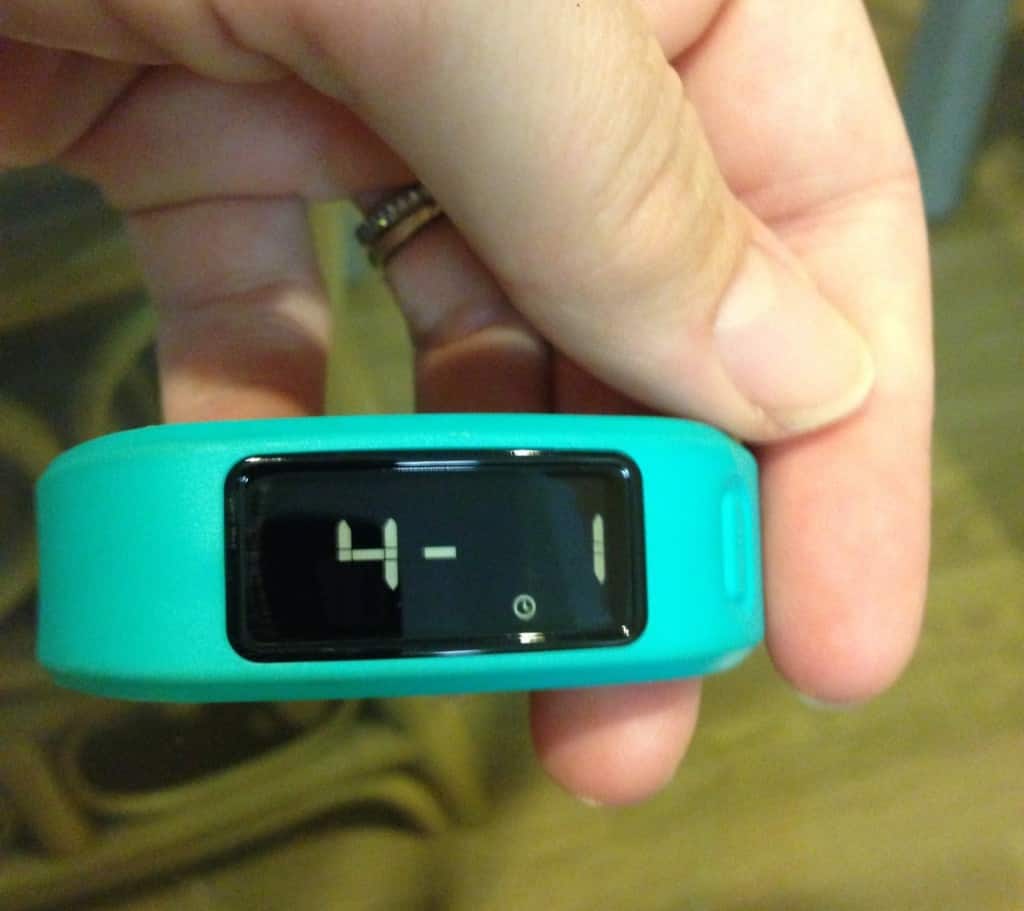 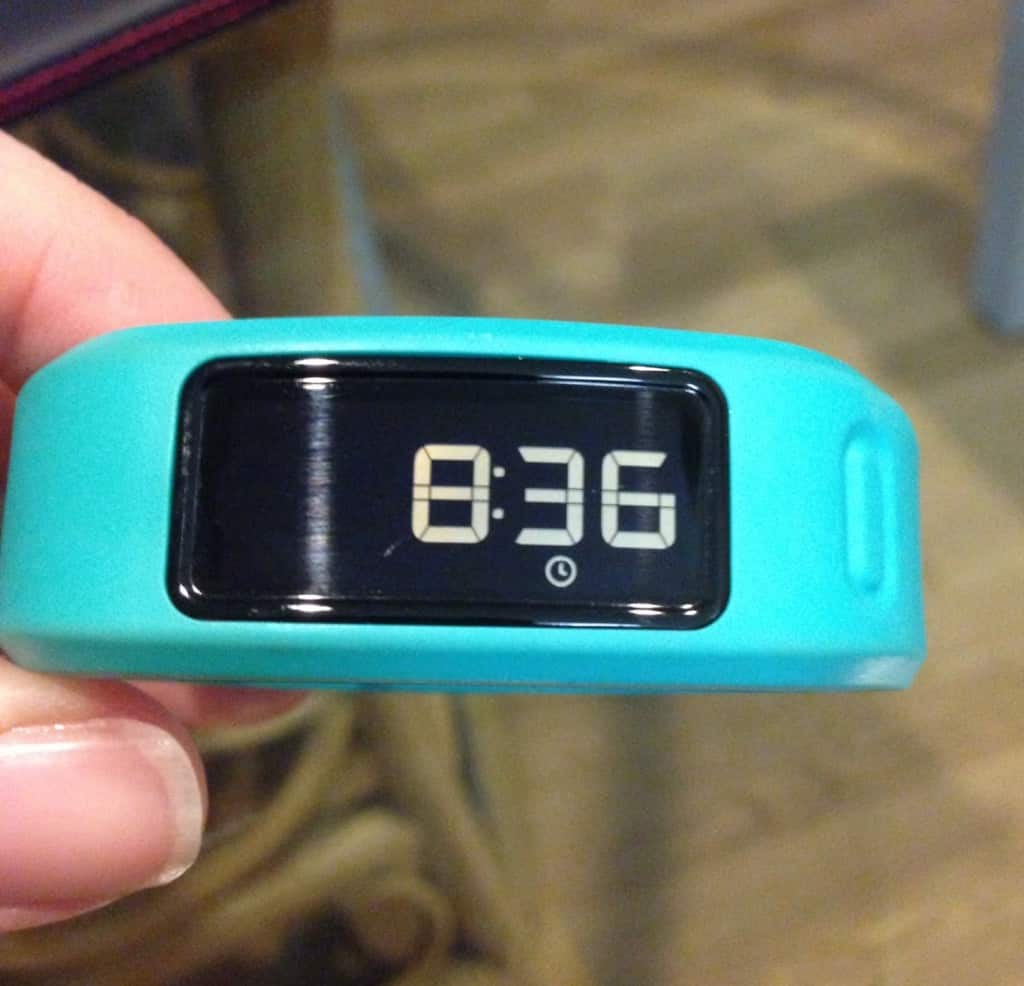 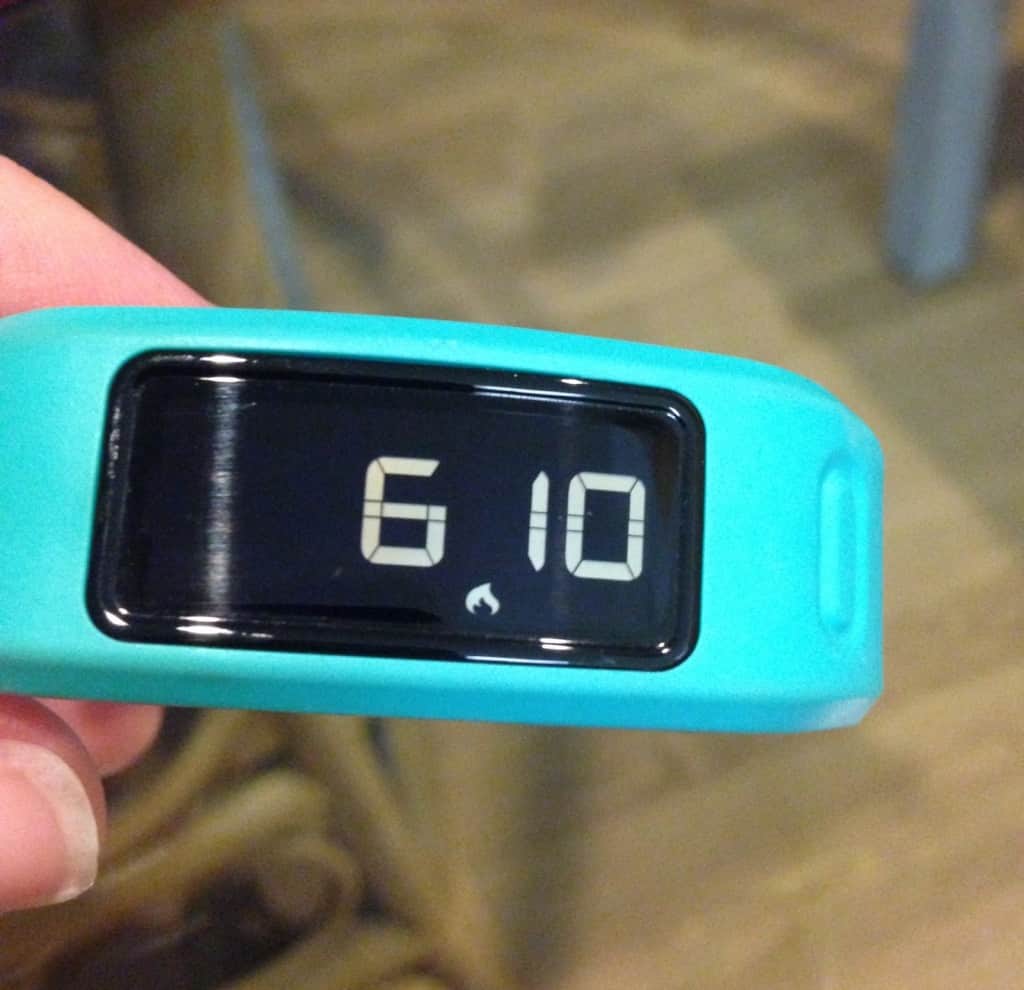 I like that you can change the band easily.  You can buy extra colors to change them out.  This is nice so when it gets dirty you don’t have to buy a whole new product, just replace the band. 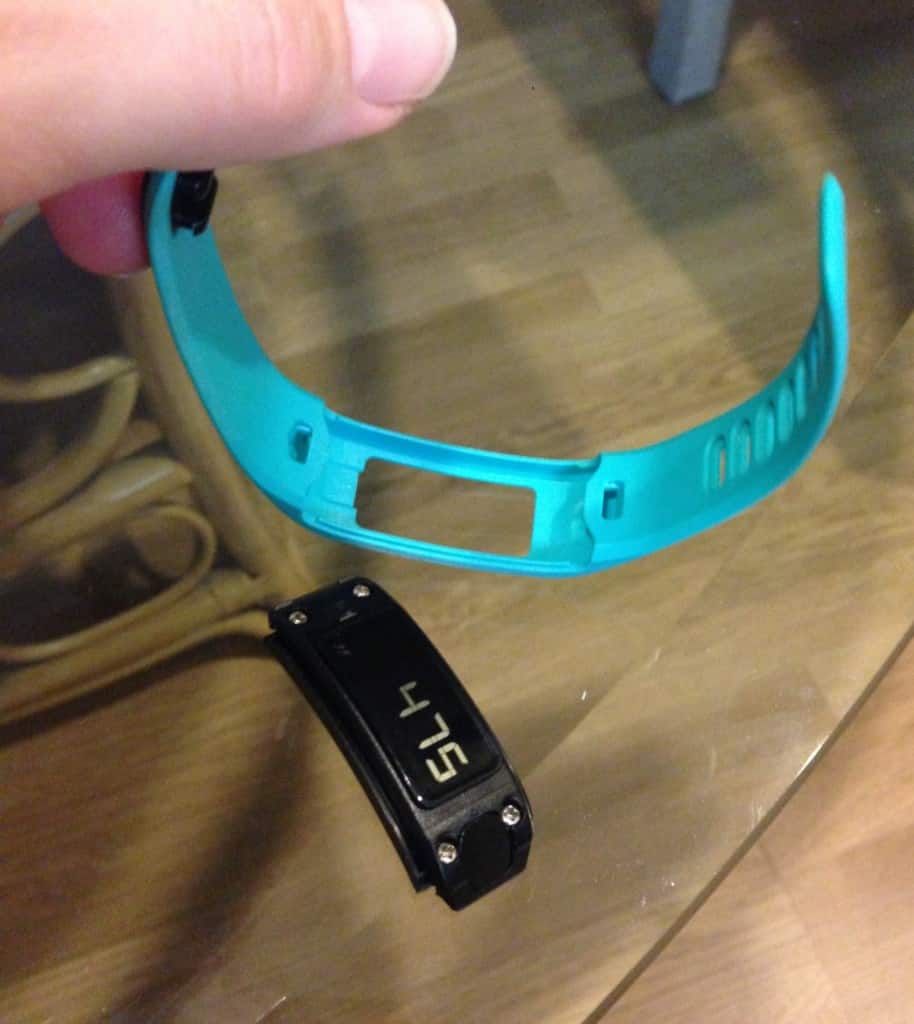 I’m not a fan of the snap that closes the band.  I have almost lost it twice already because of catching it on something and it comes undone and falls off. 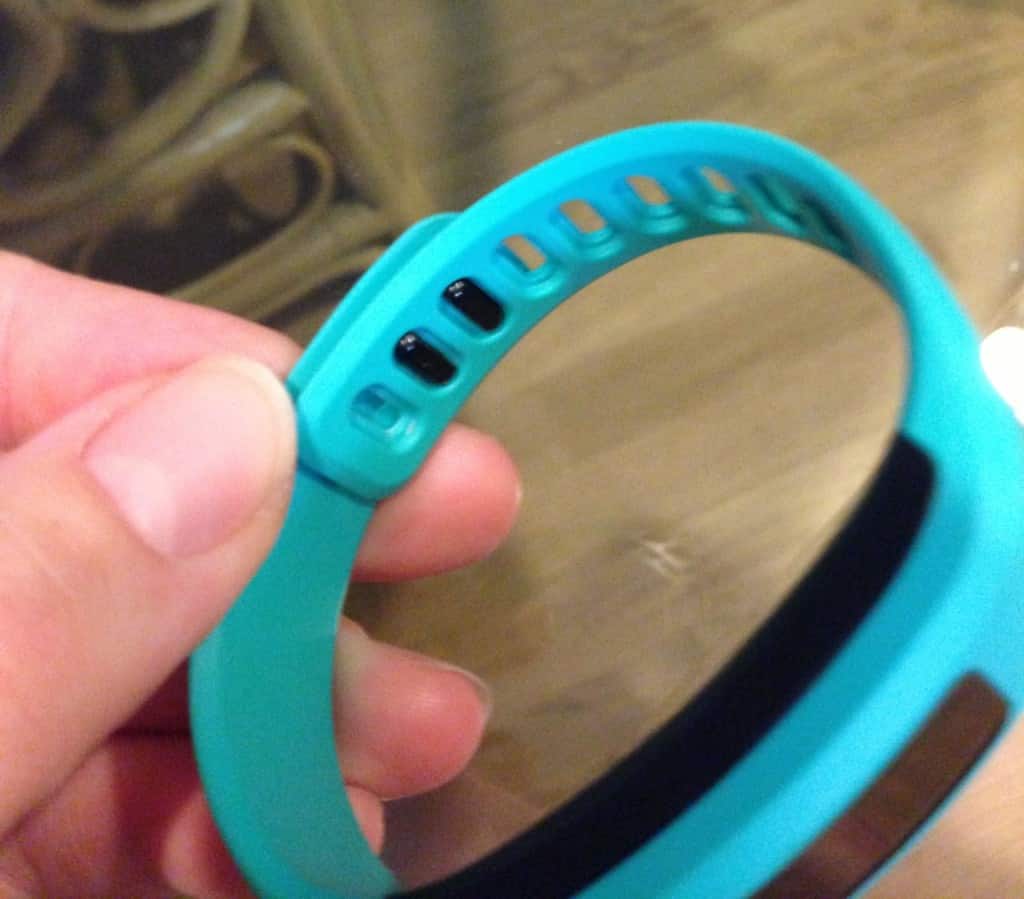 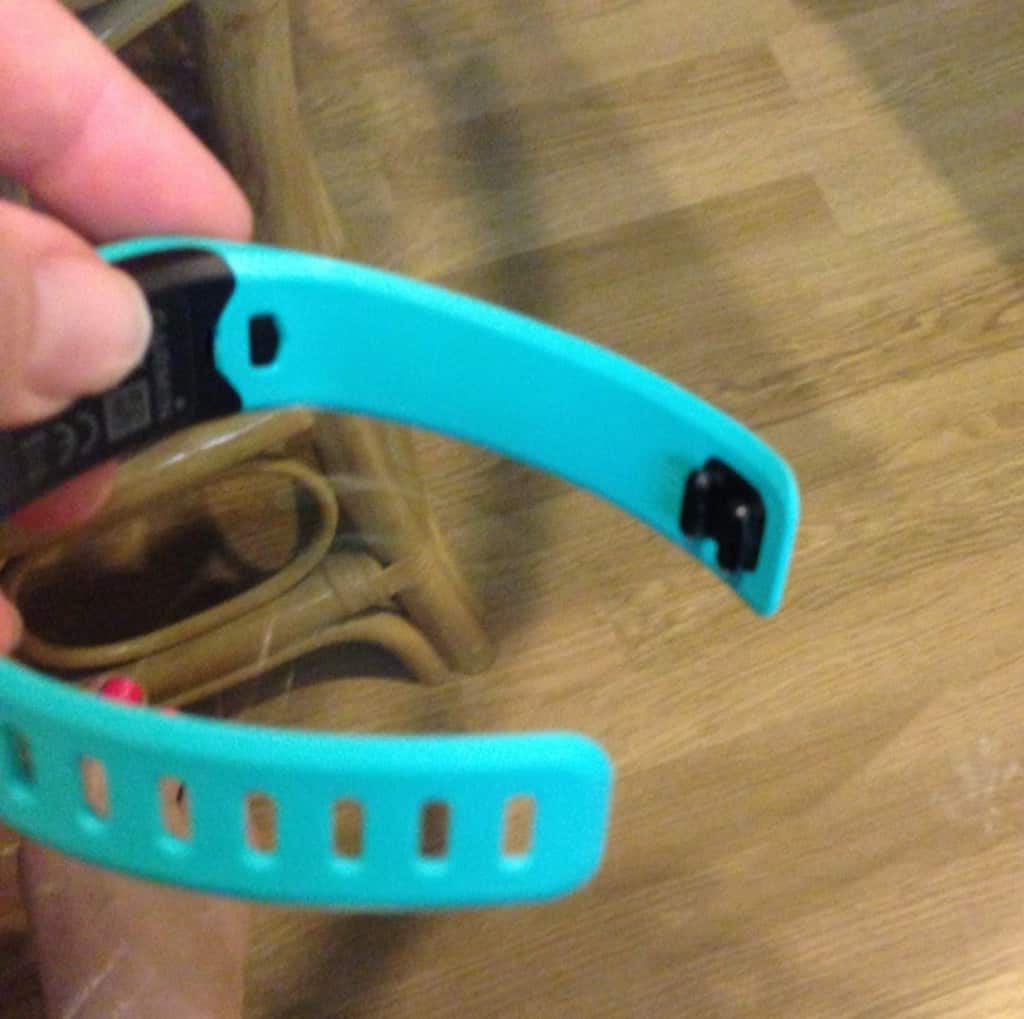 Since it is an activity tracker I don’t feel the distance is super accurate, but does give you a general idea of distance.  I have noticed it not recording steps when I am walking and holding something so my wrist isn’t moving.  I have also noticed it record steps when I am driving and moved my wrist just in the car.  That probably overall evens it out, but again, not entirely accurate.  To put it into perspective though most activity trackers are the same way.

FYI, if you are ordering online I would say that they colors in the product pictures are slightly off. The one I have is the Teal color, but in the picture online it looks green in my opinion, see picture below.

I have seen the Purple and it is more of a pinkish purple in real life, also in my opinion.

I like that there is a red bar that appears if you haven’t been moving.  It makes me competitive and move around so I can make the bar disappear.

You can buy the Garmin Vivofit WITH or WITHOUT the heart rate monitor.

If you want more info here is the Amazon link for it.


Overall I am happy with the Vivofit.  I will update you after I have more experience with it.