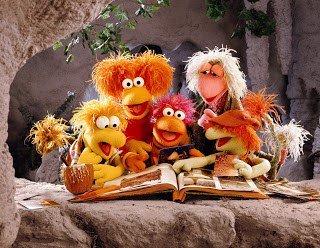 I thought this might be some good family fun for a Saturday night, just add popcorn!

Were you a Fraggle Rock fan?  Just saying “Fraggle Rock” makes me start singing the song in my head 🙂