Runners often are looking for high carb recipes and foods with healthy carbs. In this post I will talk all about high carb foods that are healthy. Here is a list of foods high in healthy carbs to help you carb load for your next marathon or running event. Also is a detailed plan on how to carb load and what you shouldn’t eat before running. 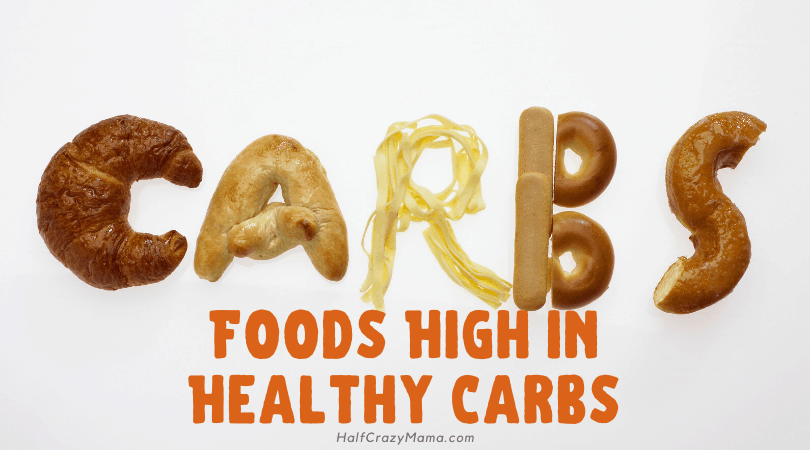 When picking foods to eat before a marathon or endurance event you want to make sure it will help fuel you, but also not slow you down. The reasons you want healthy carbs is because carbohydrates are sugar-based molecules, and the body can use some of them to produce glucose. Glucose becomes stored in the liver and muscles as glycogen. Glycogen are molecules that function as long-term energy storage that can be tapped into when needed, like while running a marathon or other endurance events.

Foods to Avoid Before Running a Marathon

While eating healthy carbs you will want to avoid eating too much fiber, high fat dairy, or other foods that could cause GI issues. Fiber is normally fantastic and can help keep you “regular”. However, you don’t want to be spending a lot of time in the port-a-pottie during the race. For example, it would probably be a good idea to avoid eating a large salad leading up to the marathon or other running or sporting event.

High Carb Foods that are Healthy

Here are some high carb foods that are good to enjoy before running a marathon or anything of long distance: 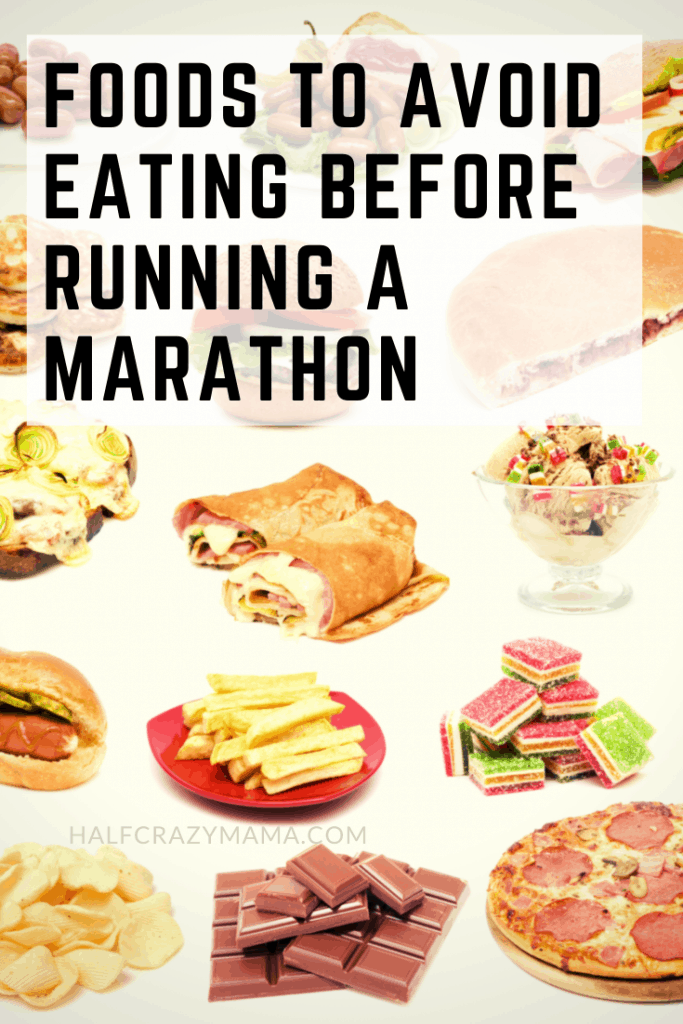 Foods to Avoid Before Running a Marathon

These foods could leave you feeling sluggish and with GI issues and you should probably avoid:

It is best to use common sense when picking your meals before an endurance event. 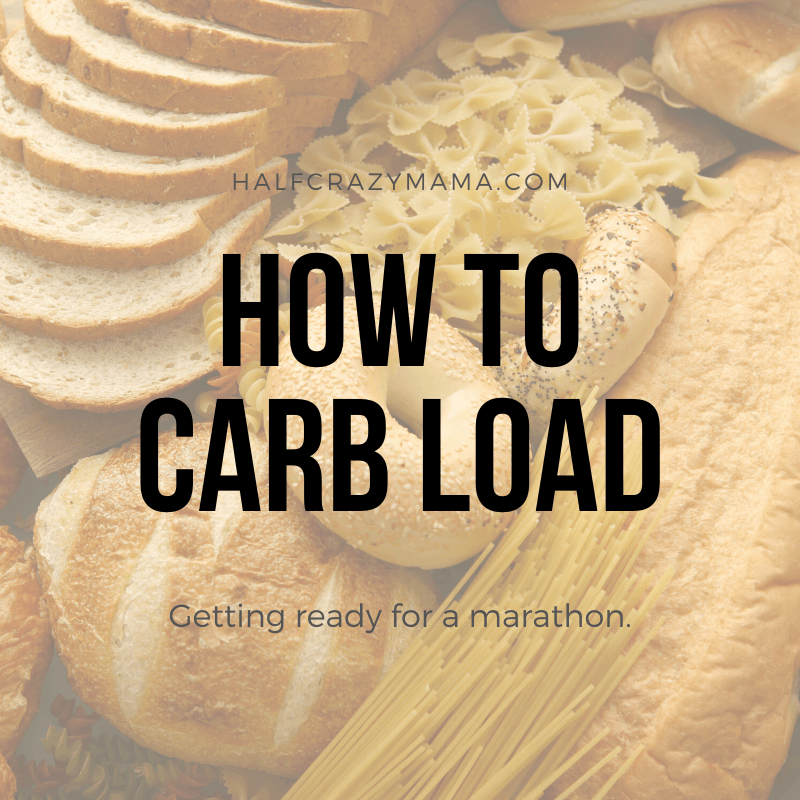 How to Carb Load

There are a few different types of carb loading, but they are all strategies that involve increasing the number of carbs you eat and temporarily decreasing the amount you exercise.

Throughout these six days, you gradually decrease the amount you exercise. During days four to six, you only perform 0–20 minutes of exercise per day.

This program is shorter and simpler than the six-day programs.

At the beginning of the three days, you perform one exercise session until your body is exhausted (10).

For the remainder of the three days, you perform no exercise while consuming a high-carb diet that gets about 70% of its calories from carbs.

This program is identical to the classic three-day program, but you do not perform the exercise session at the beginning.

Instead, you simply do not exercise for three days, while increasing the number of carbs you eat (12Trusted Source).

Research on this program used a carbohydrate intake of 4.5 grams per pound (10 grams per kg) of body weight per day. This would be about 700 grams of carbs if you weighed 154 pounds (70 kg). 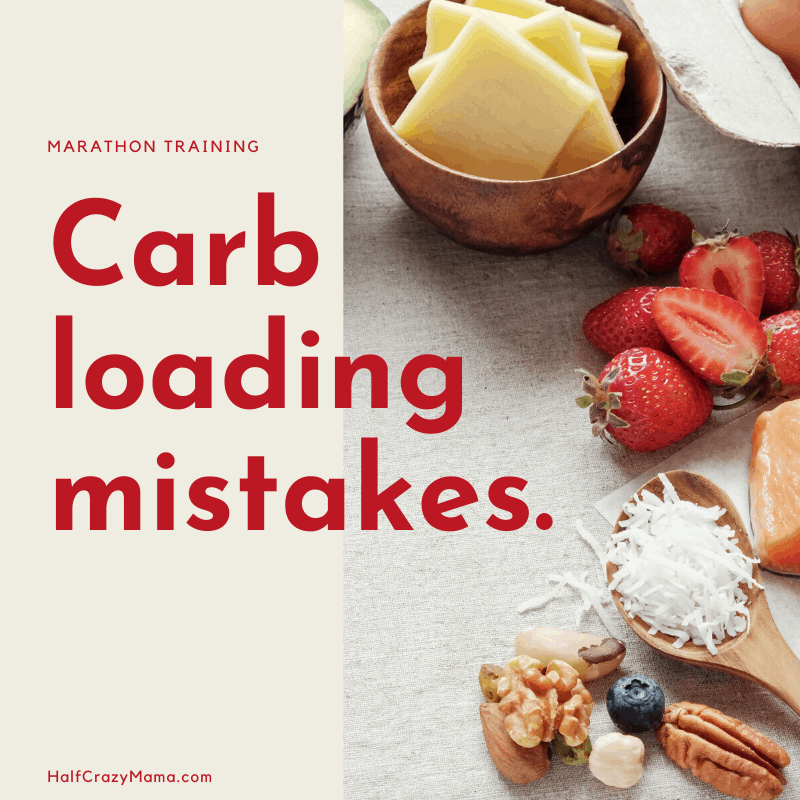 One major mistake is carb loading when you don’t need to. Research has found it can be beneficial for exercise lasting more than 90 minutes (3Trusted Source). However, there may be no benefit for slightly shorter durations of exercise, including events lasting 60–90 minutes (7Trusted Source, 8Trusted Source). If you are recreationally active but don’t compete or perform long training sessions, carb loading is probably not necessary for you.

Eating Too Much Fat

Since you’re increasing your carb intake, reducing your fat intake can help you avoid eating too many calories. Eating too much could cause weight gain or leave you feeling sluggish. Some people make the mistake of choosing foods that are high in both carbohydrates and fat, rather than just carbs. For example, many desserts such as chocolate, ice cream and cookies fall into this category, as well as creamy pasta sauces and buttery breads. Foods high in fat can also make you feel sluggish and cause some major GI issues. Having tummy problems whole running is no fun.

Eating Too Much Fiber

Eating high-fiber foods could also be detrimental. Although fiber is part of a healthy diet, too much fiber during carb loading can cause stomach discomfort in some people. Carb loading is a unique time when it could be better to choose white bread or pasta over whole wheat. During this time, you should probably also avoid high-fiber foods like beans. Overall, it may be best to choose lower-fiber carbohydrate sources to avoid the possibility of fullness or stomach discomfort during exercise.

Eating the Wrong Amount of Carbs

Another mistake some people make is not knowing if you are eating the right amount of carbohydrates. Experts usually recommend that people who are carb loading eat 2.3–5.5 grams of carbs per pound (5–12 grams per kg) of body weight per day. If you don’t eat enough carbs, this means you didn’t carb load, even if you thought you did. However, if you eat more carbs than necessary, you may have changed your diet too much or simply eaten too many calories.

It can be a mistake to introduce new or unusual foods during carb loading because you don’t know how your GI track will react to the new foods, causing possible tummy issues. The days before your event or competition are important, and having an upset stomach due to unfamiliar foods can spoil your experience and exercise performance. Because of this, you should choose foods that are familiar to you — in addition to being high-carb, low-fat and low-fiber.

Lastly, failing to decrease or “taper” the amount of exercise you perform during carb loading could limit the extent to which your glycogen stores increase during your high-carb diet.

I hope this helped you figure out your cab load strategy before you go run that endurance race. Good luck and have fun!

10 Things NOT To Do At Your First Marathon 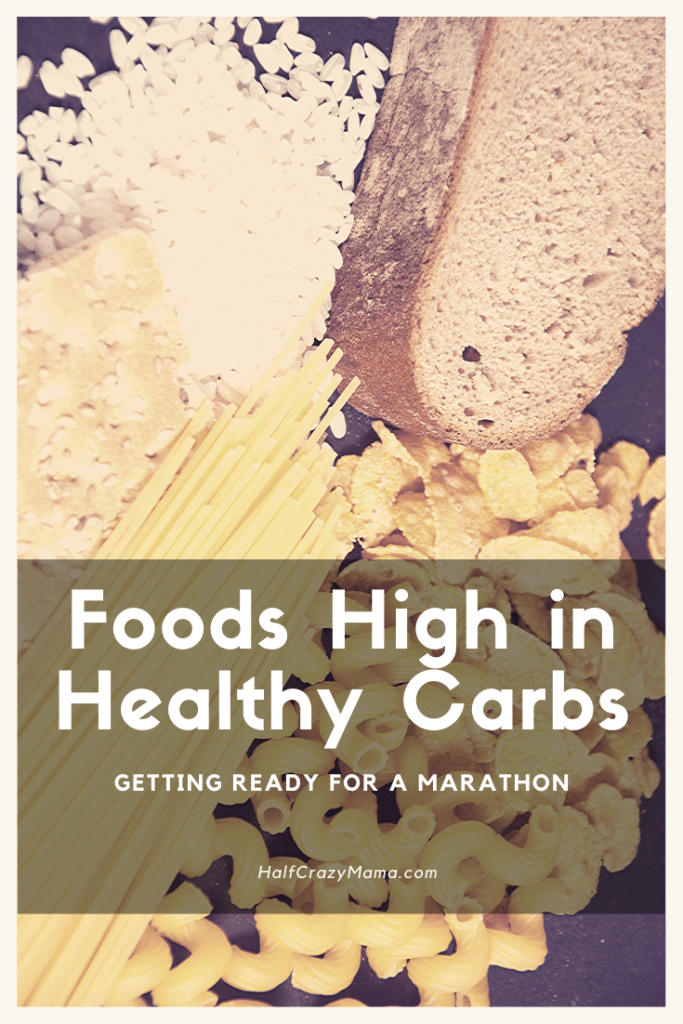