I am an official ambassador for Dole Fresh. DOLE provided me with compensation for my time. As always, all opinions expressed in this post are my own.

DOLE is helping to celebrate Mickey’s 90th Anniversary in a big way! 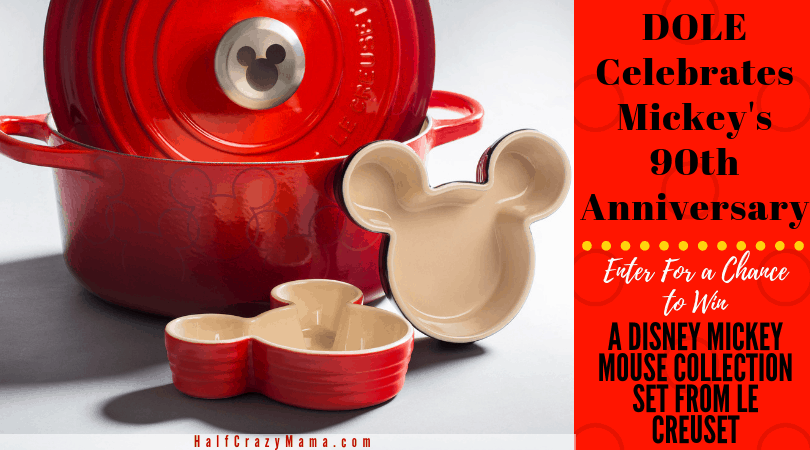 If you are a big Disney fan like me, your probably know that in 1928 Mickey Mouse made his debut in Steamboat Willie. At the same time that Mickey was being introduced to the world, 2,500 miles away in Hawaii, James Drummond Dole was overseeing a 20,000-acre pineapple plantation that would grow into the world’s largest provider of fresh fruits and vegetables. 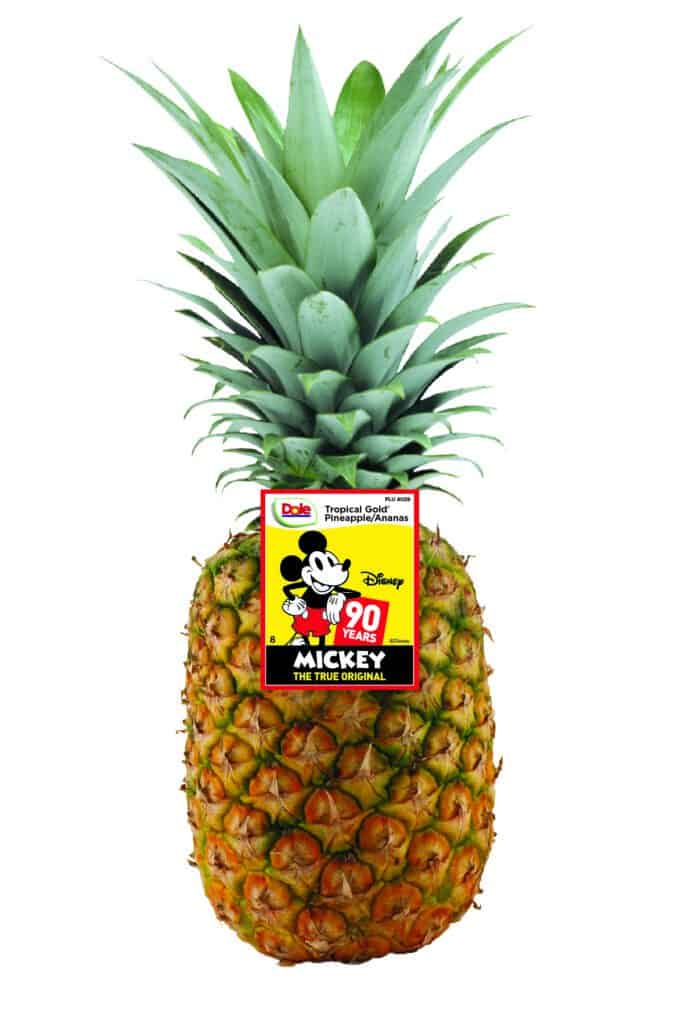 Fast forward to 1976, this is when my favorite Disney treat come to be. DOLE first teamed up with Disney in 1976 to sponsor Walt Disney’s Enchanted Tiki Room at the Disneyland Resort and at the Magic Kingdom in Walt Disney World. I am so glad they did because now we all get to enjoy Dole Whips, which is my favorite treat at Disney Parks and Resorts worldwide.

Nine decades later, Dole and Disney come together to celebrate Mickey Mouse’s 90th Anniversary! Dole is sharing some fresh takes on some iconic recipes and new dishes honoring the True Original. Starting October 15th and continuing through January 2019, the program presents 19 new recipes from Dole inspired by Mickey Mouse and how-to recipe videos themed to different Mickey Mouse eras. Plus there is also Mickey on tens of millions of DOLE® Bananas, Pineapples, packaged salads, and vegetables in U.S. and Canadian supermarkets! 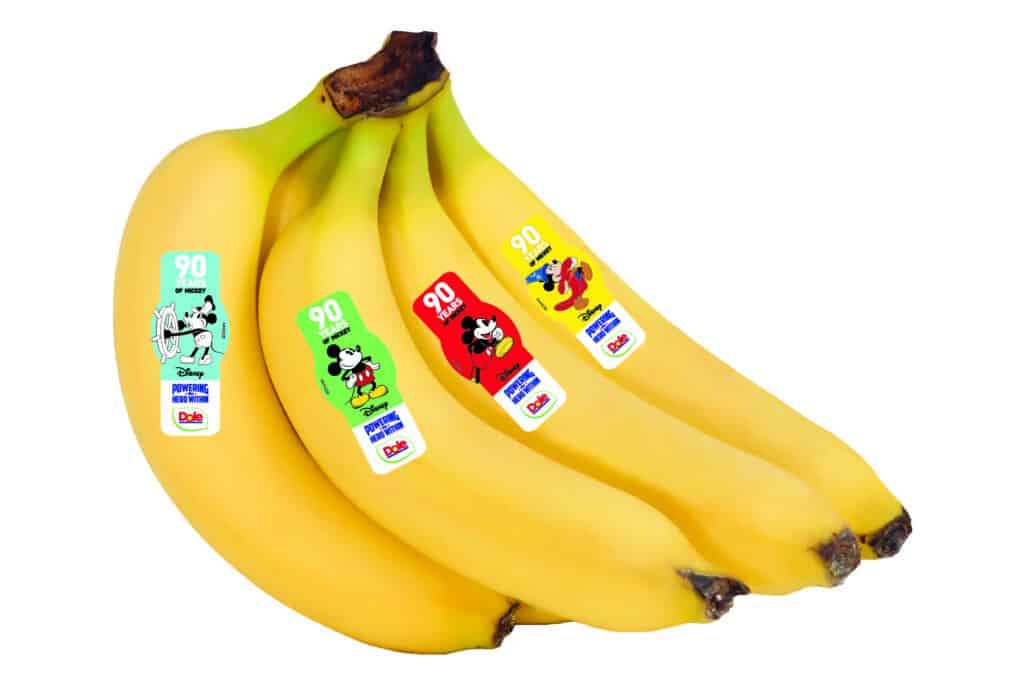 It’s the culmination of Dole’s yearlong “Powering the Hero Within” (#DoleHero) initiative. Some of you might remember my post about Dole and Marvel back in April. “Powering the Hero Within” is a fantastic healthy-eating alliance that combines Dole fruits, vegetables and nutrition with the most popular Disney films and characters. I love that it helps encourage people to enjoy some healthier options. 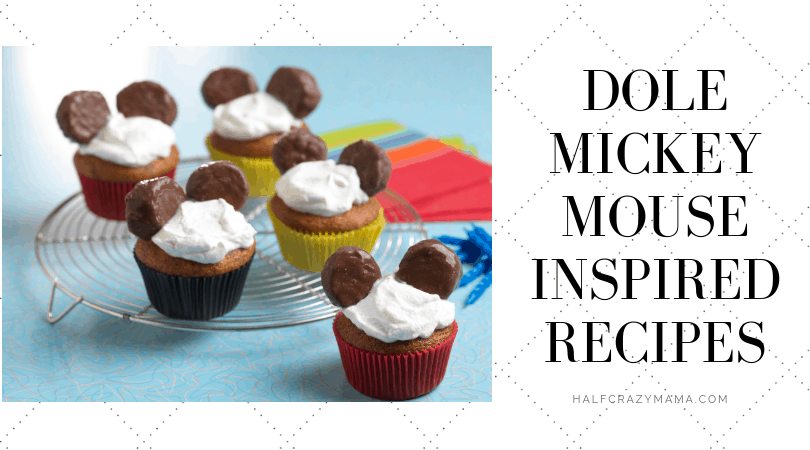 At the heart of the program are 19 original Dole entrée, salad, side dish, smoothie, and dessert recipes made with DOLE® fresh fruits and vegetables and themed to one of three Mickey Mouse eras – Classic, Old School, or Modern. It was hard to narrow it down, but I picked out 4 to share with you. The first is Kicked-up Curried Cream Spinach. This recipe would be perfect to make in the Mickey Mouse-themed Le Creuset that I have a giveaway for below! Click the links to get the full recipe! 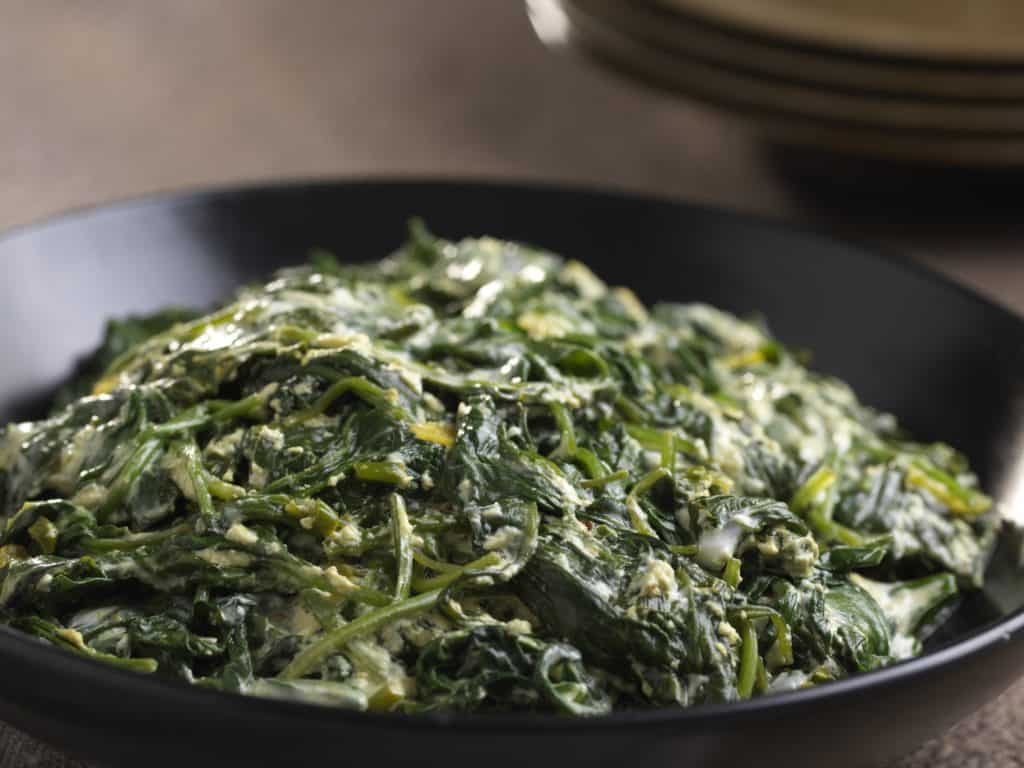 How about a healthier take on an American favorite, Dole Grilled “Not” Dog!

I love a smoothie for breakfast or afternoon snack and this one totally caught my eye. Gosh-Golly Gee Dole PB & J Smoothie Remix. 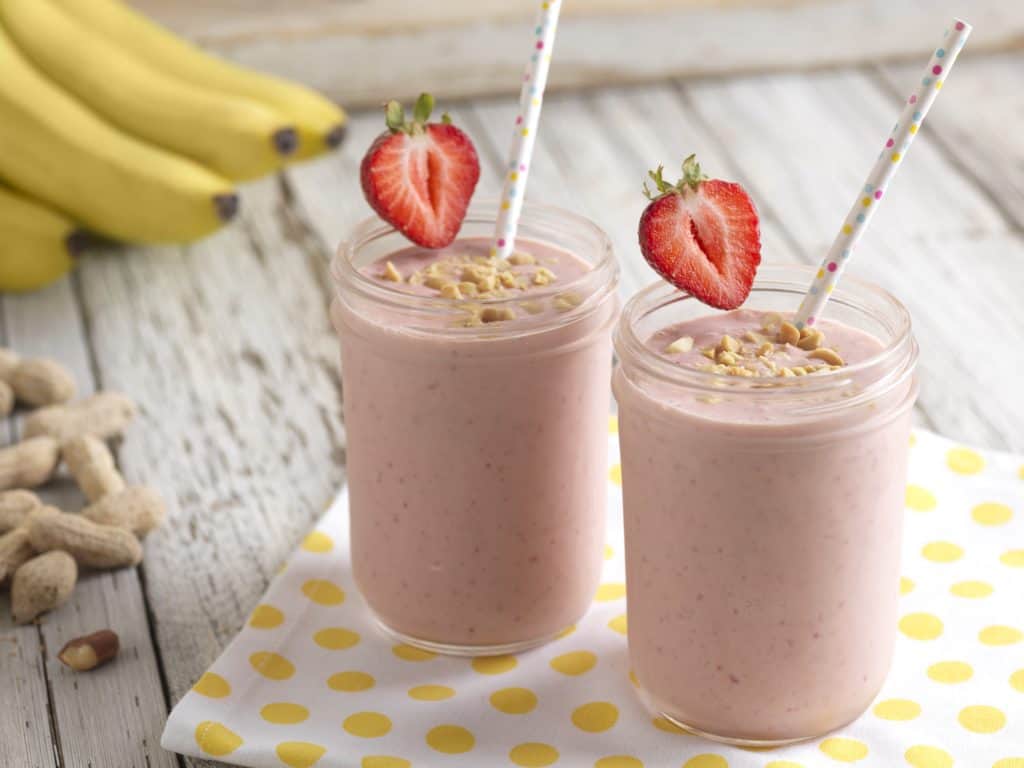 And of course we can’t talk about Mickey’s 90th Anniversary without having a mouse themed treat! Check out these Coco-Nana Birthday Cupcakes! 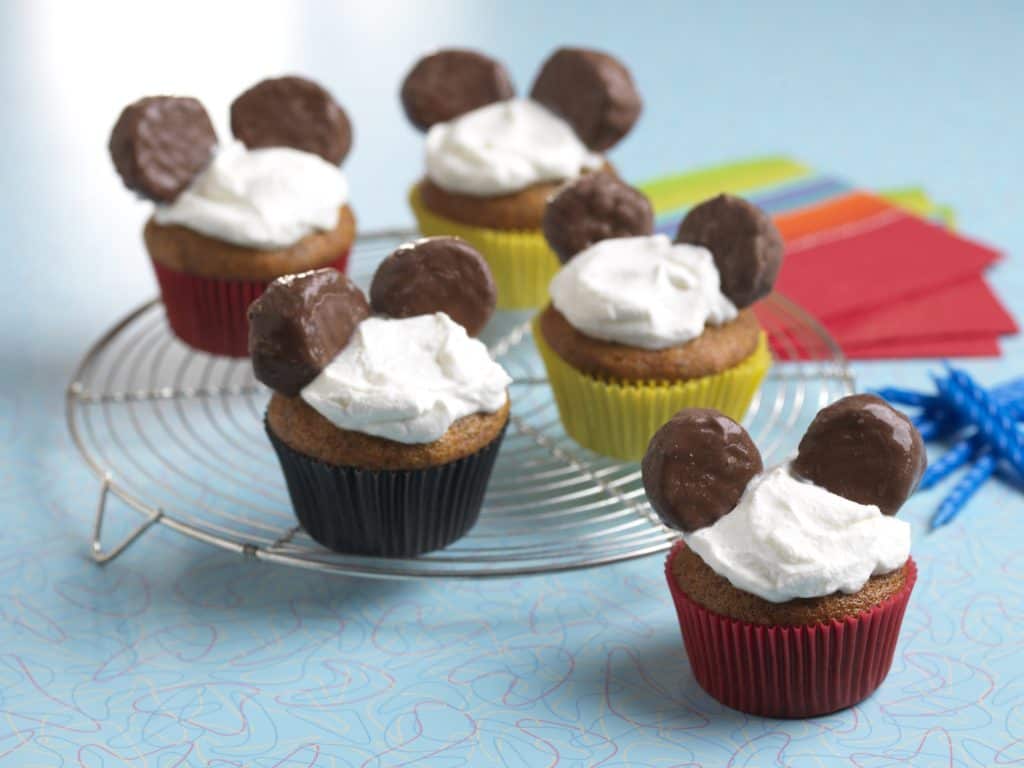 Excited for Mickey’s 90th Anniversary? I have a giveaway to celebrate! 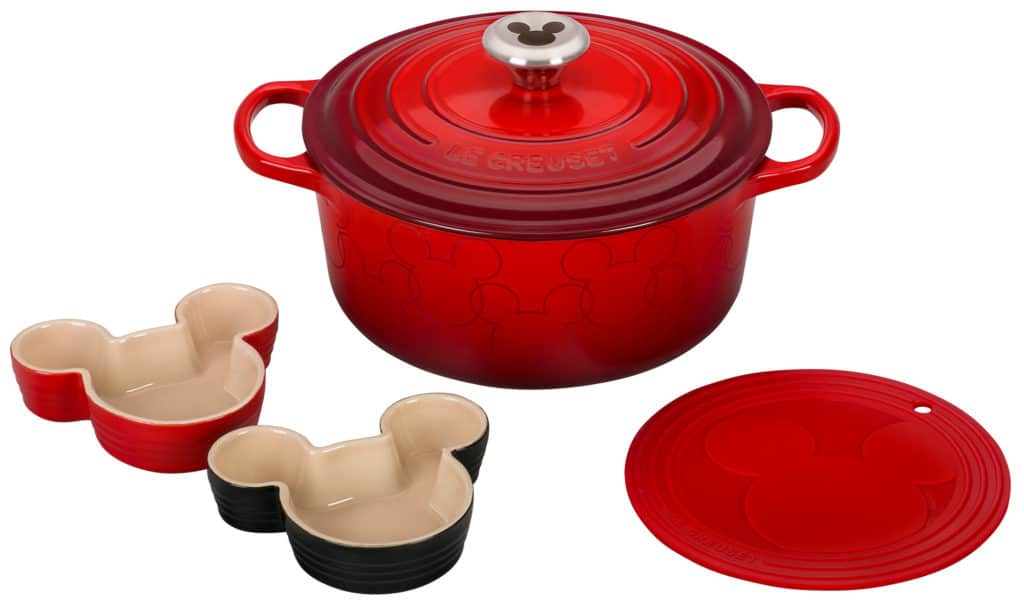 One lucky reader will win a Disney Mickey Mouse Collection set from Le Creuset, with a retail value of $420. Open to U.S.residents only. Enter to win by liking/following Dole and Le Creuset on Facebook, Twitter and Instagram, plus more on the Rafflecopter widget below. GOOD LUCK!

Disclosure: This giveaway is in no way sponsored, endorsed or administered by, or associated with Disney. Dole and Le Creuset are the sole sponsors of these prizes, however the giveaway is solely owned, administered, solicited and operated by me. Half Crazy Mama is not responsible for prize fulfillment. In order to be eligible to win, the winner must like/follow Le Creuset on Facebook, Twitterand Instagramand Dole on Facebook, Twitterand Instagram. One winner will be randomly selected using the Rafflecopter random selector and will be notified via email. Once notified, the winner will have 24 hours to respond or a new winner will be chosen. This giveaway is in no way associated with Facebook, Twitter, Instagram, Pinterest or Google. Void where prohibited. This disclosure is made in accordance with the FTC 10 CFR, Part 255 Guides Concerning the Use of Endorsements.
a Rafflecopter giveaway 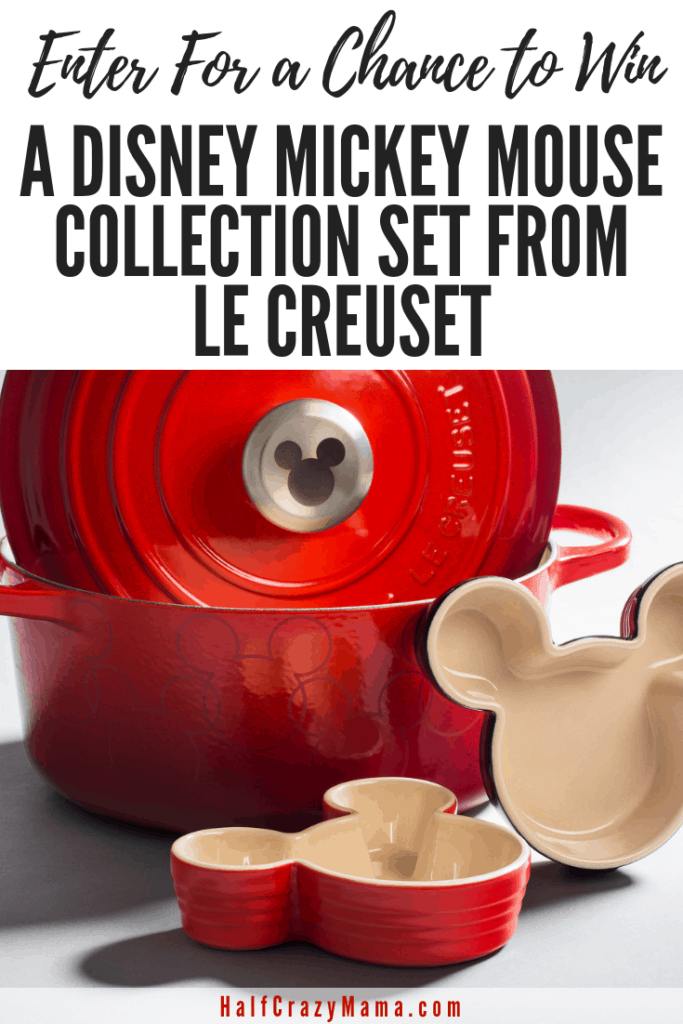 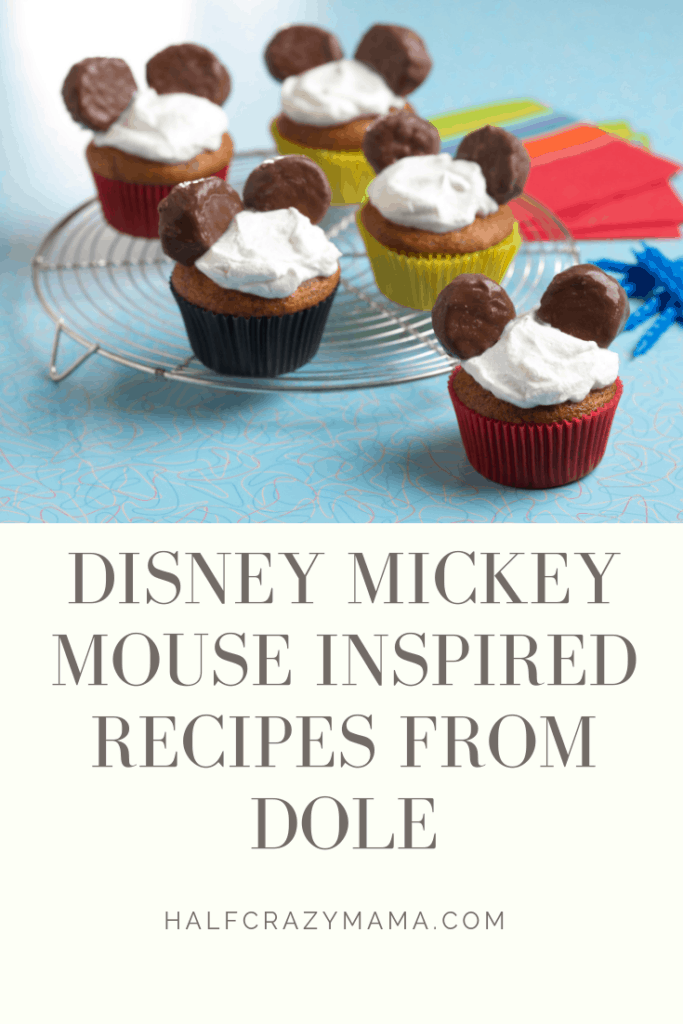