I am one excited mama about the premiere of “Descendants“.  I have always loved the Disney Villains and I can’t wait to watch this movie starring their offspring.  Dove Cameron, Cameron Boyce, Booboo Stewart and Sofia Carson star as the teenage sons and daughters of Disney’s villains, in Disney’s “Descendants”.  The movie is made for kids, tweens and families and premieres FRIDAY, JULY 31 (8:00 p.m., ET/PT) on Disney Channel.

Emmy Award-winning Kenny Ortega (“High School Musical”) directs, choreographs and executive-produces Disney’s “Descendants.” Wendy Japhet (“An Education,” “The Italian Job”) is also an executive producer. Paul Becker (“So You Think You Can Dance Canada”) is the co-choreographer. The script was written by Josann McGibbon and Sara Parriott (creators and Emmy and WGA Award-nominated writers on “The Starter Wife”; writers of “Runaway Bride”) who are also co-producers. Mark Hofeling (“Teen Beach Movie,” “High School Musical”) is the production designer and Kara Saun (“Project Runway”) is the costume designer.  That is a pretty impressive lineup. 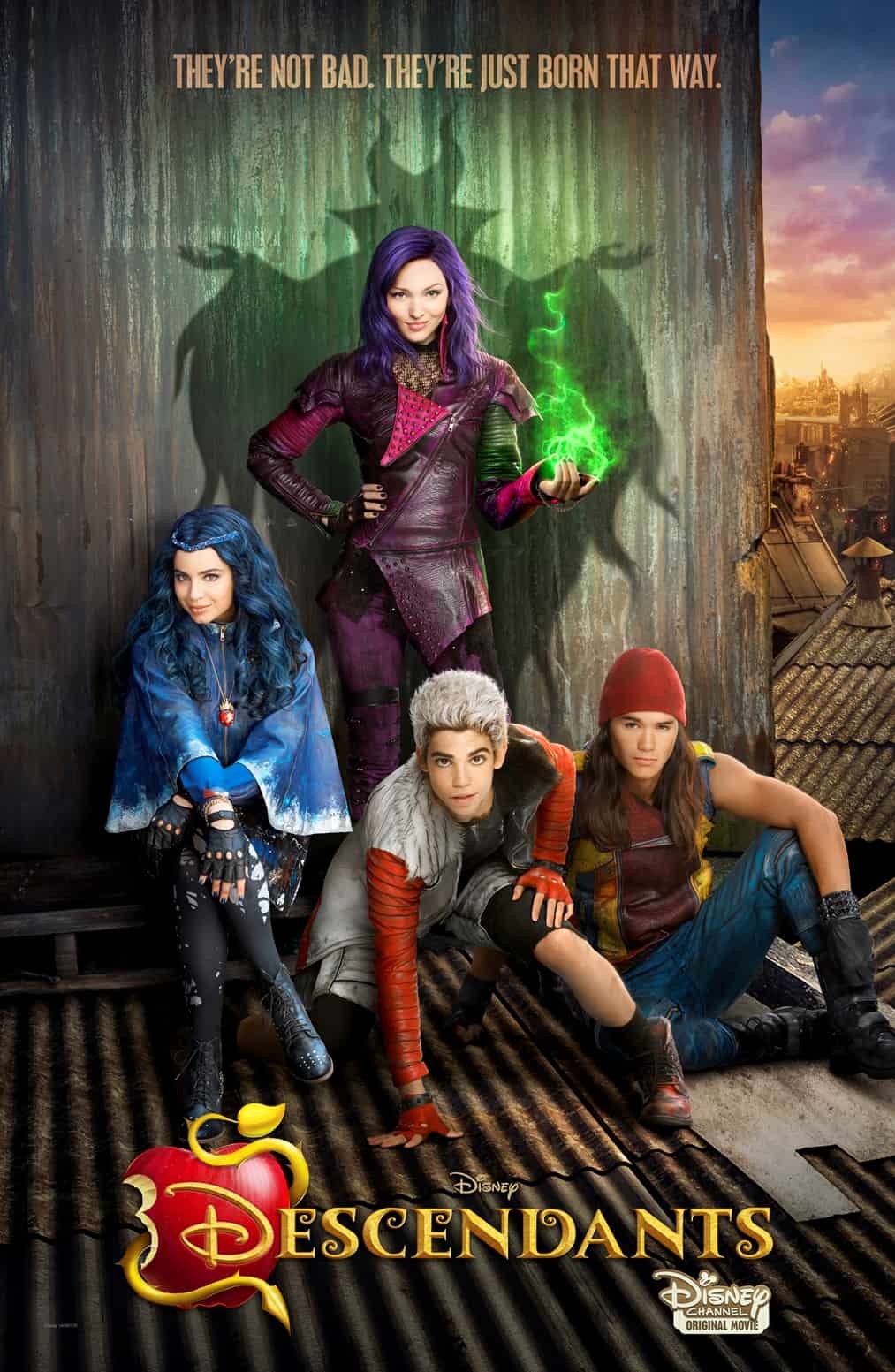 The story is set in the kingdom of Auradon.  Ben, the teenage son of the King and Queen (Beast and Belle from “Beauty and the Beast”), is poised to take the throne. His first proclamation is to offer a chance at redemption to Mal, Evie, Carlos and Jay, the trouble-making offspring of Maleficent, the Evil Queen, Cruella de Vil and Jafar, who have all been sequestered on the forbidden Isle of the Lost for 20 years. These villainous descendants are allowed into Auradon for the first time to attend prep school alongside the teenage progeny of Fairy Godmother, Cinderella, Sleeping Beauty and Mulan. Only time will tell if these evil teens follow in the footsteps of their wicked parents.  I think I’ve watched this video 18 times already: