The runDisney Disneyland Half Marathon is just around the corner. Most of us have started to taper, but have you thought about your running costume?

Remember that you need to be able to RUN in the costume, so I always wear real running clothes and build my costume on top of that.  For example, here is my Snow White costume I wore for the runDisney Princess Half.  I got a blue tank top and just added the ribbons, collar and cape and paired it with a yellow Sparkle Athletic Skirt (Team Sparkle) that I wore right over my normal INKnBURN running shorts.  Perfect, simple and no fuss while I’m running. 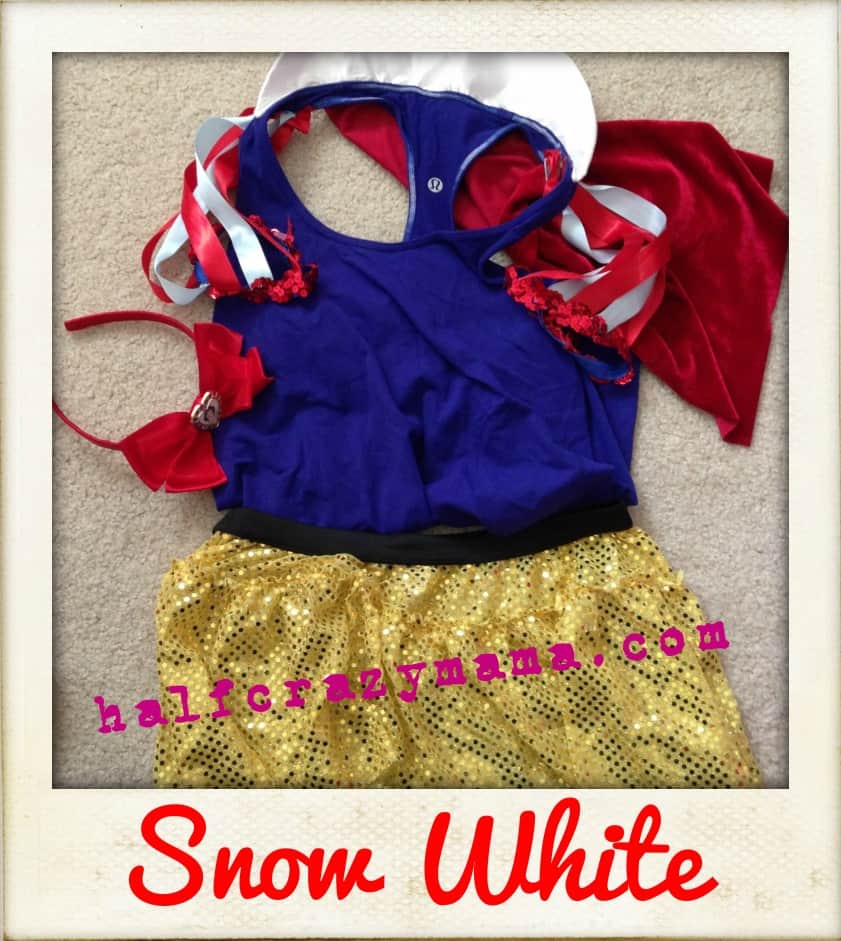 Here is my Rapunzel costume that I wore to the Disneyland Half 2012.  I bought a purple tank top and just quickly hand stitched some ribbon on the front and paired it with a purple Sparkle Athletic #TeamSparkle skirt that I wore over my running shorts.  I pinned Pascal, the lizard, to my armband case. 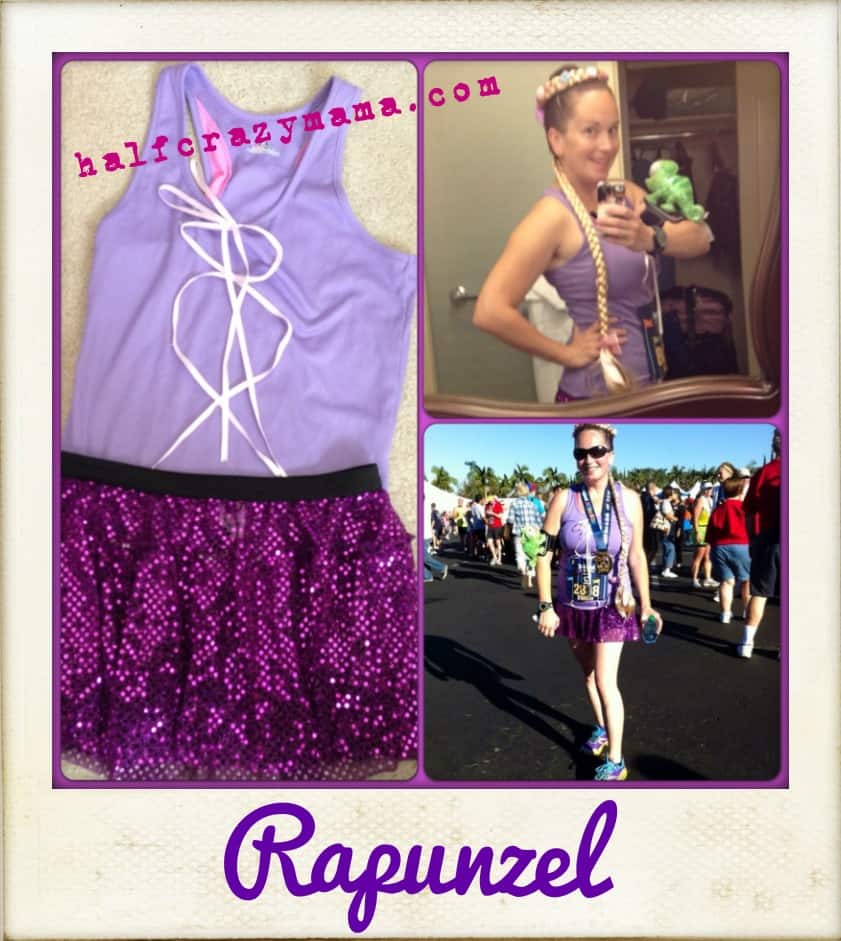 For the runDisney Tinker Bell Half Marathon 2013 I dressed as Tinker Bell of course.  I got the wings and skirt from Sparkle Athletic again.  They are always at the runDisney expos which makes them so great for last minute costumes too.  I got a lime green tank top and I pinned puff balls to my shoes.  I also have to say that another great thing about the Sparkle Athletic skirts is that I can wear them over anything like my running crops or my shorts.  They are so light weight and don’t chafe because you are still wearing your normal running clothes.  It is like a tutu, but way cuter and more flattering! 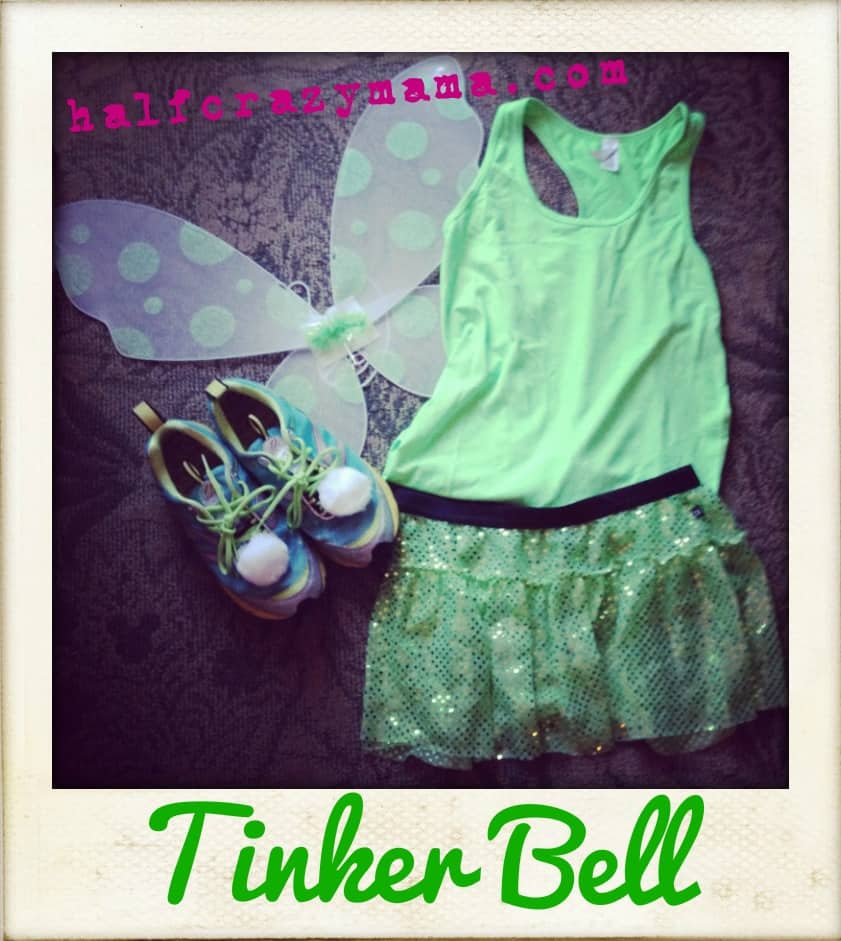 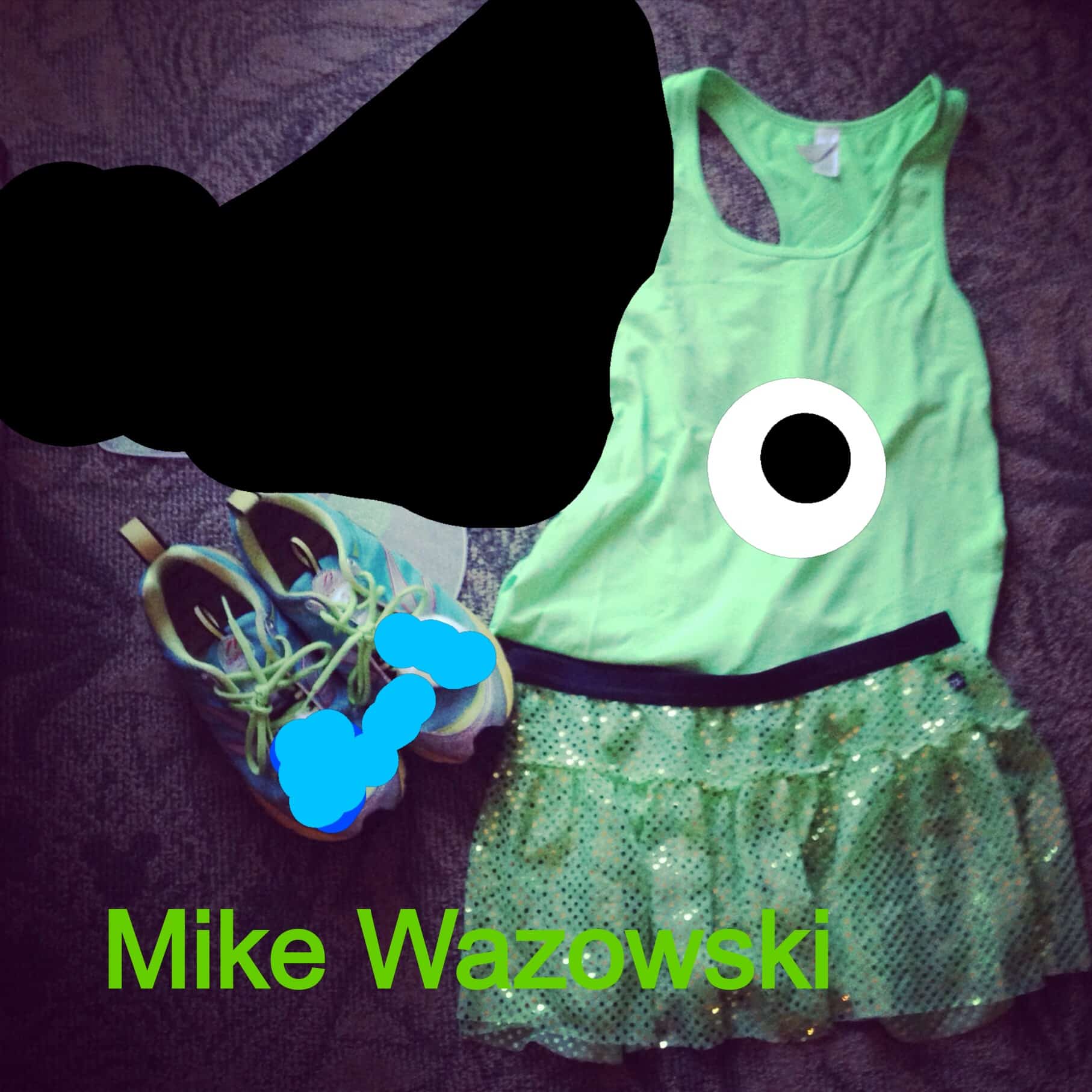 If you don’t have time to finish a costume before the race you can always just add some sparkle to you running clothes. Swing by Sparkle Athletic (#TeamSparkle) in booth number 461 at the Disneyland Half Expo for a skirt of any color, wings, sparkle sleeves and more.  The girls working the booth are always dressed in SUPER cute costumes too to help get you in the spirit.

Since I am running the Dumbo Double Dare Challenge I have 2 costumes, one for each race.  I won’t tell you what they are except that they involve one pink and one gunmetal Sparkle Athletic skirt.  Any guesses? 🙂

I would love to hear some costume ideas or what costume you are wearing!

I have ran many races in Sparkle Athletic skirts and I am a big fan.  I have been given free product, but I have not been compensated for this post.  All opinions are my own.