I ran my 4th Disneyland Half Marathon and had just as much fun as I did each and every other year.  My 4 year old and I decided I would dress as Olaf, since he is one of our favorites. 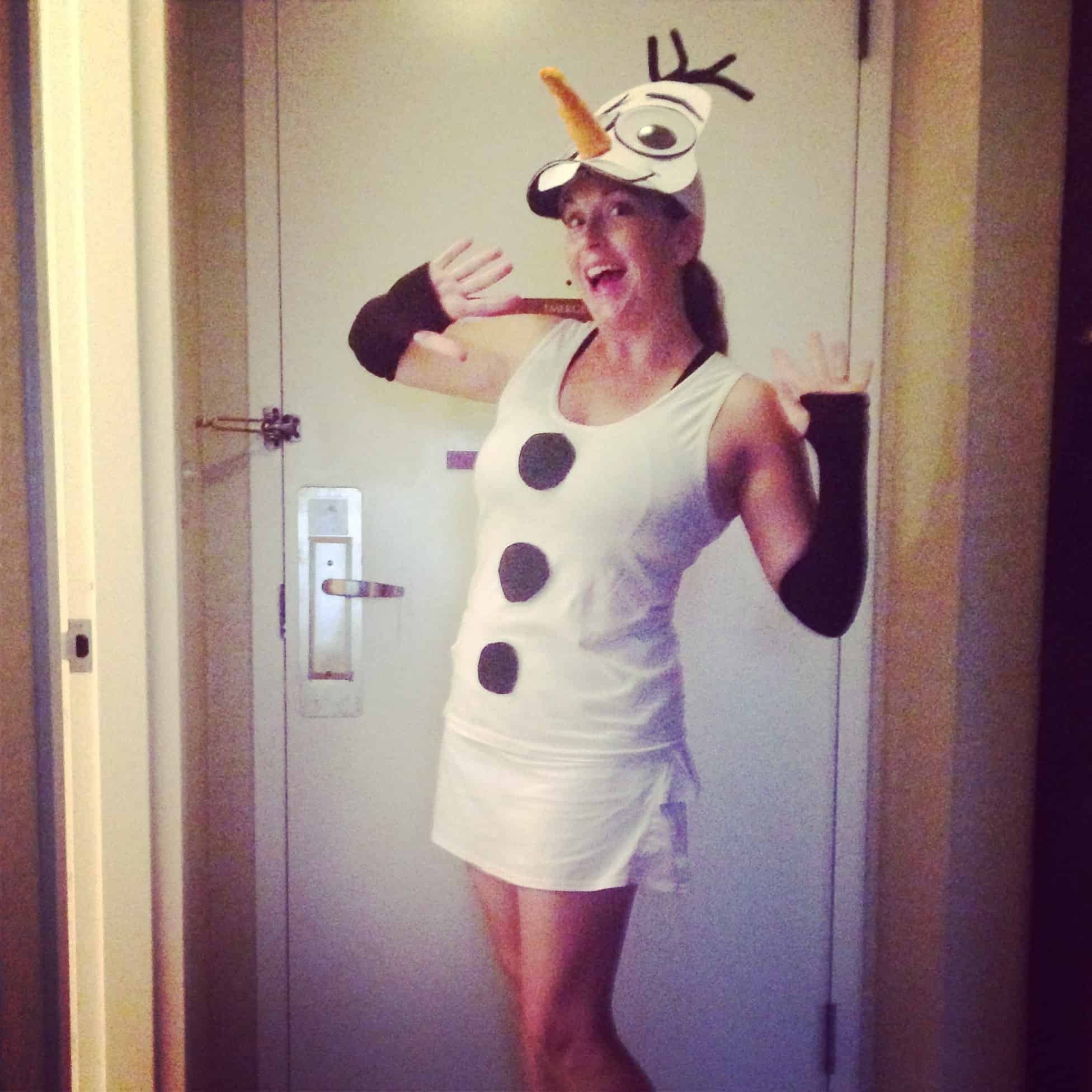 The race started at 5:30am.  Rudy and Carissa, the race announcers were there to kick off the race. 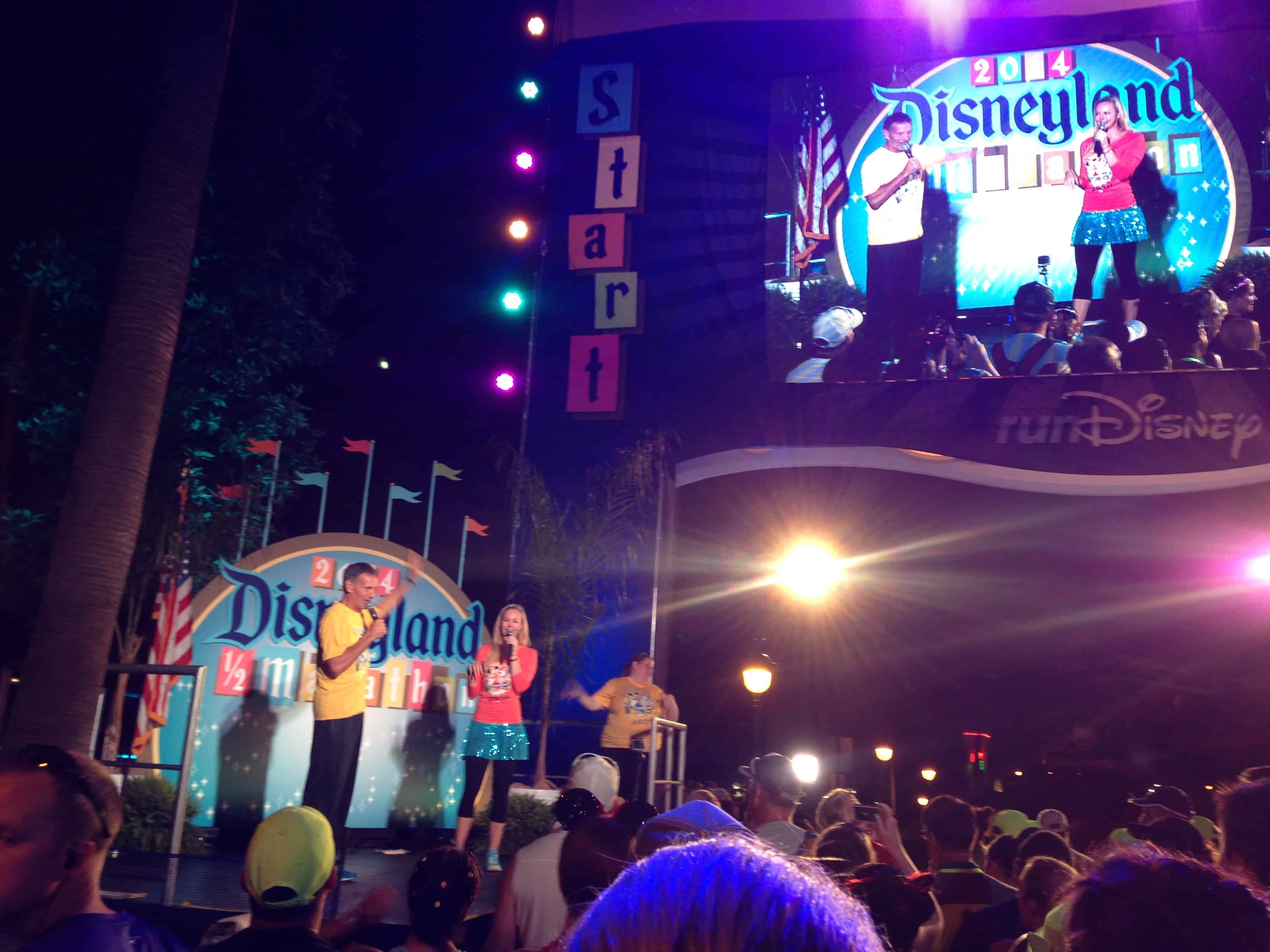 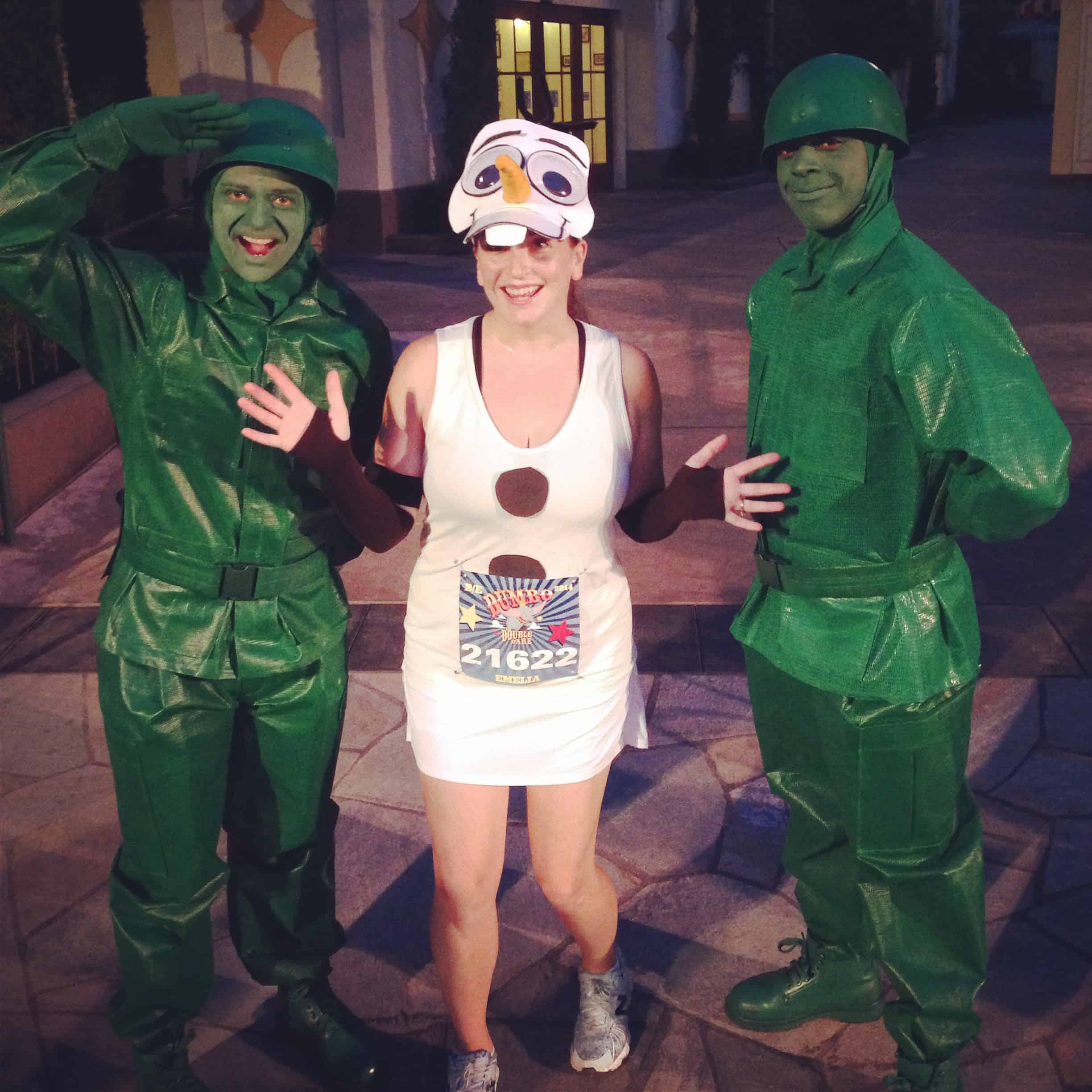 I snapped a pic in front of the Sun Wheel with the World of Color fountains on. 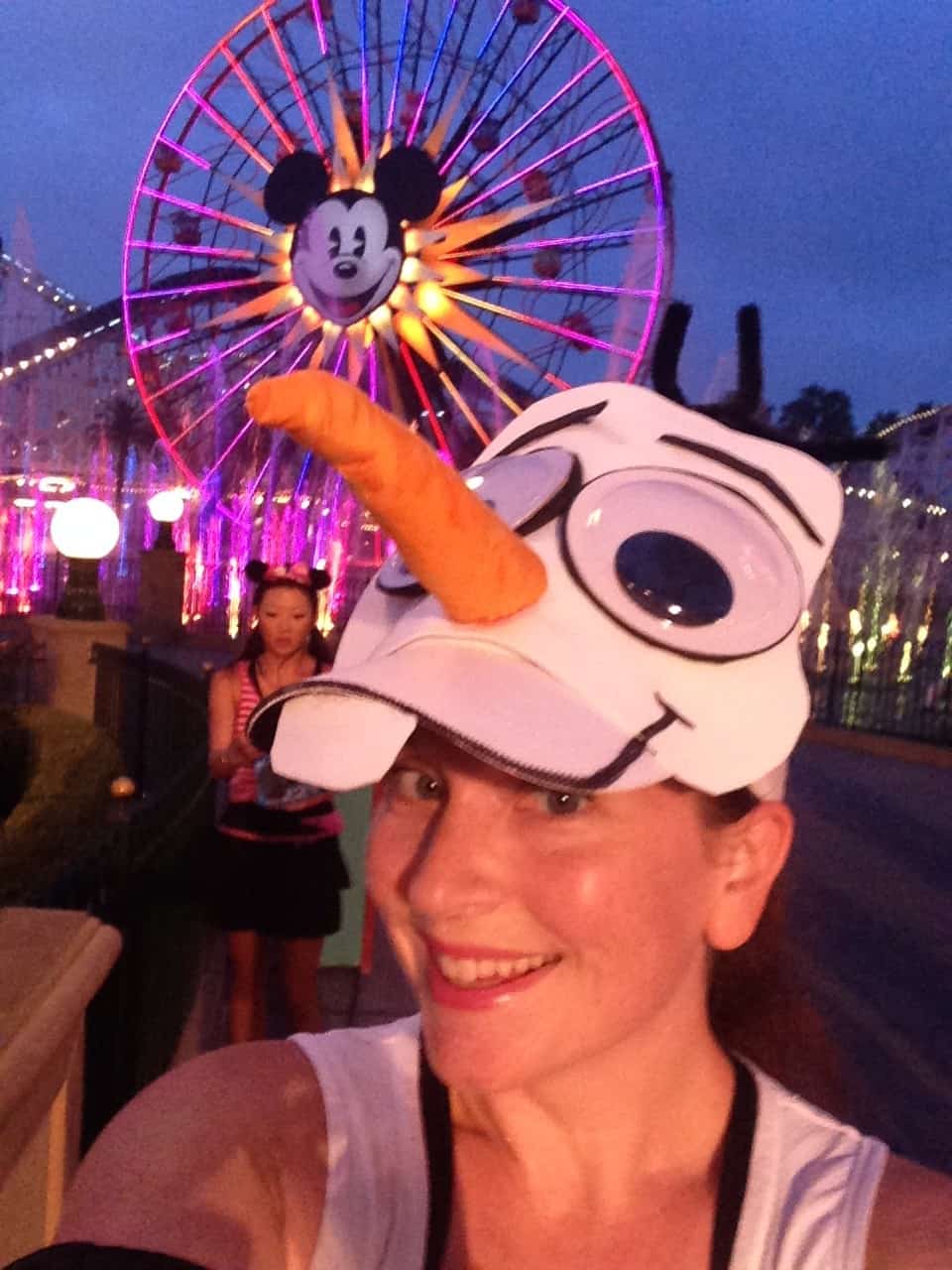 Cars Land is always fun to run through when it is still dark out because it is all lit up. 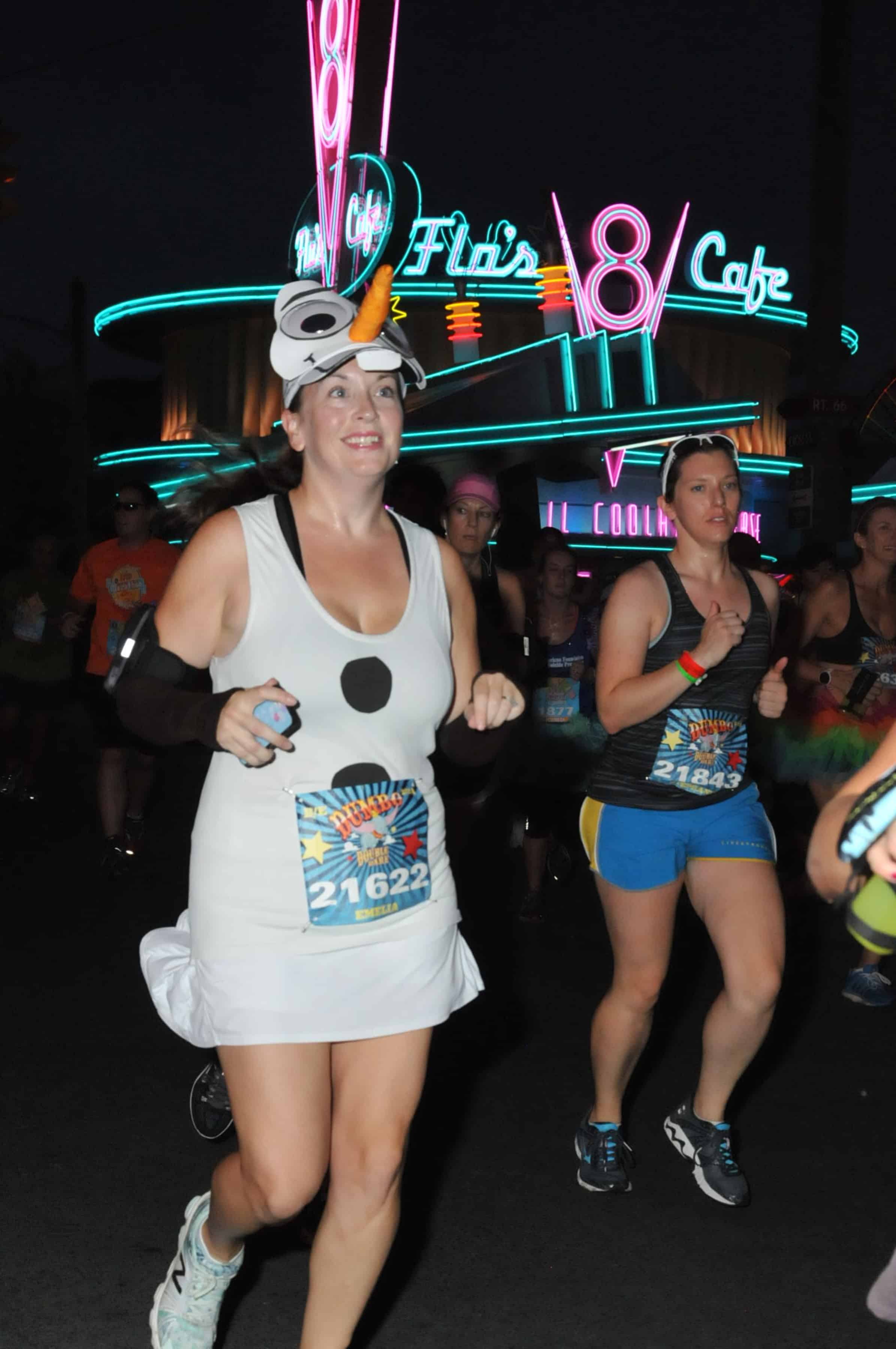 Mater and Lightening McQueen were out. 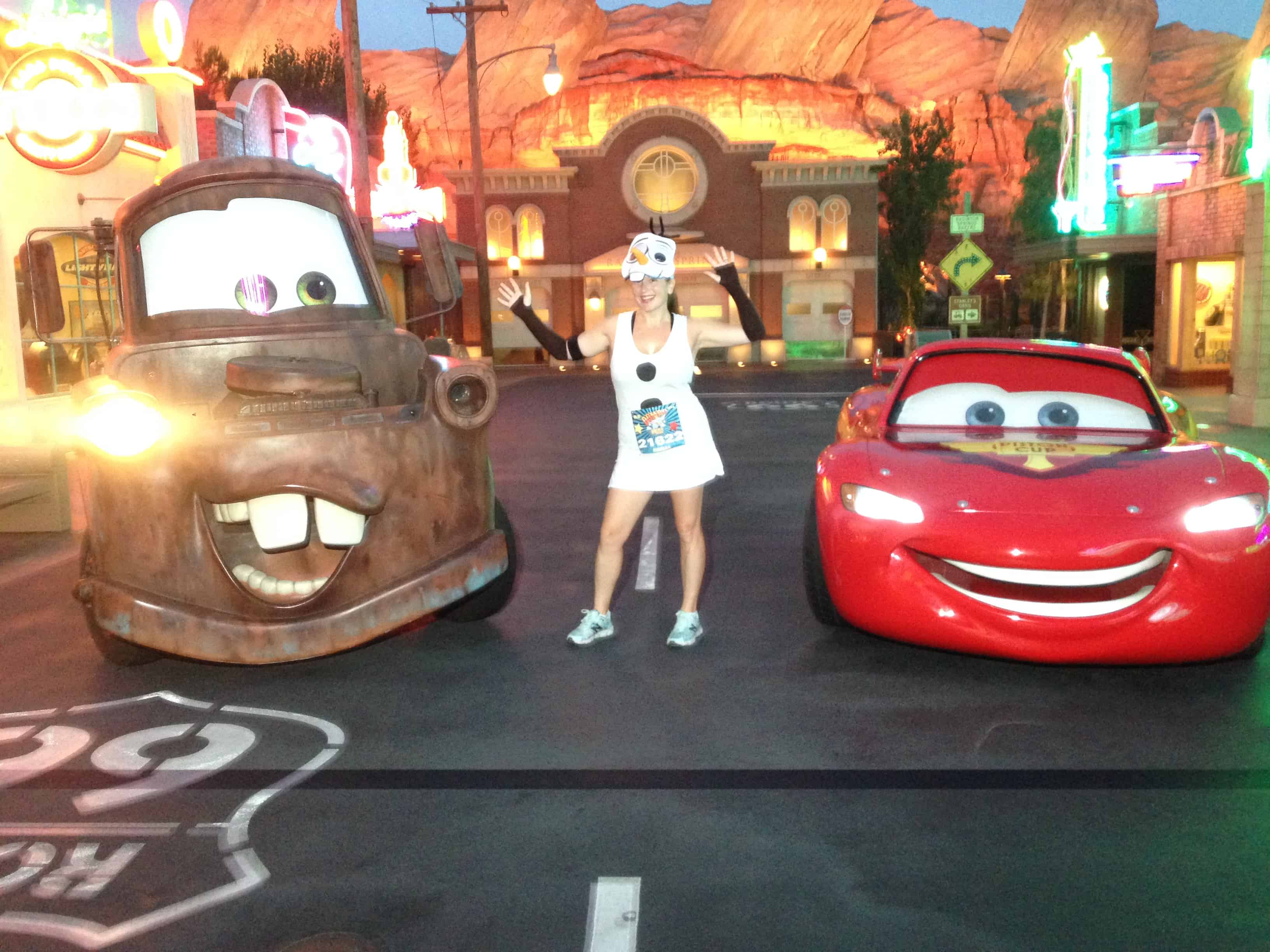 I also found our favorite Fire Truck over in Cars Land. 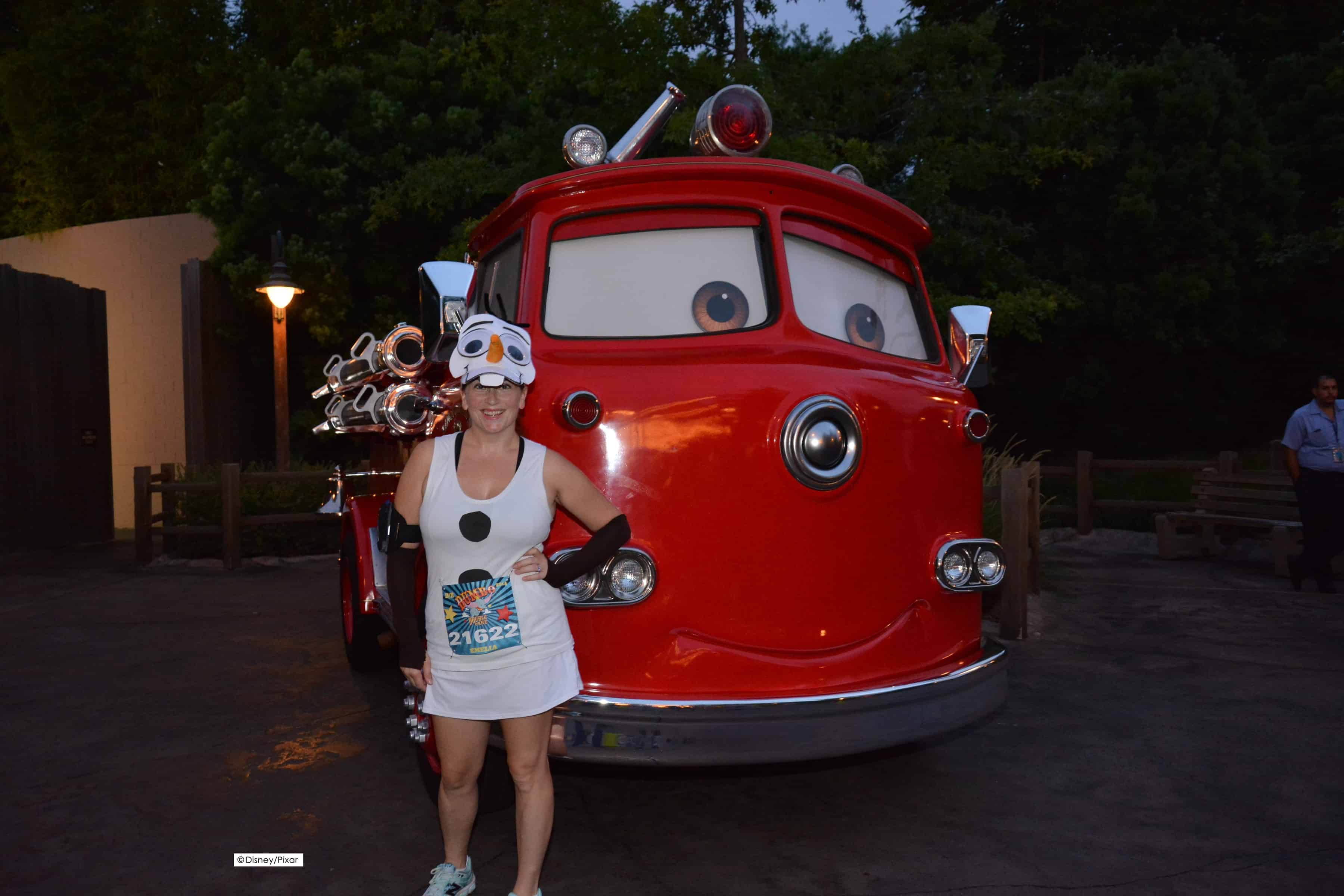 Jake, from Jake and the Neverland Pirates was in front of the Disney Junior show area in Hollywood at California Adventure. 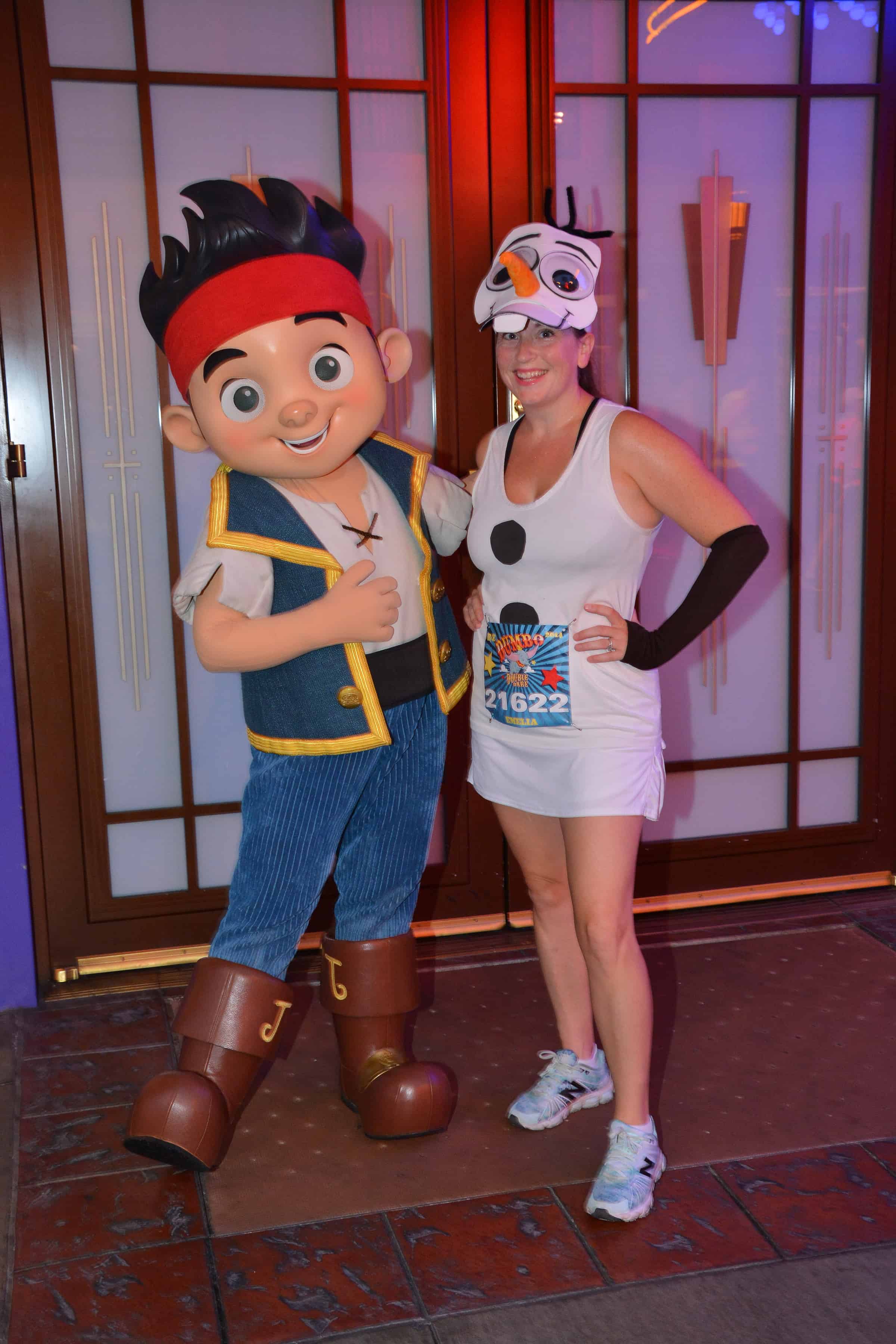 Of course I had to get a selfie in front of the train station as I made my way into Disneyland. 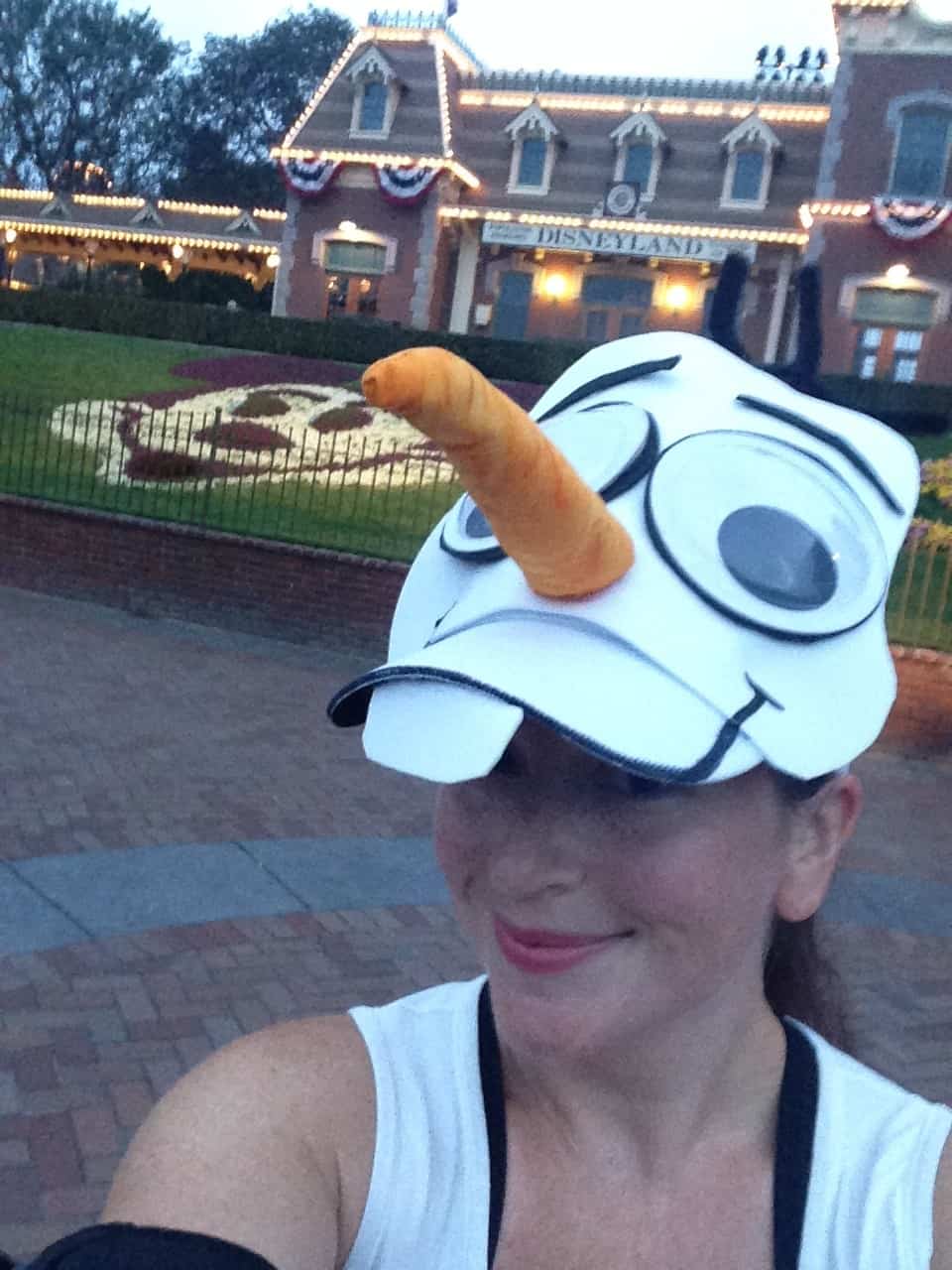 The Three Caballeros were on Main Street USA. 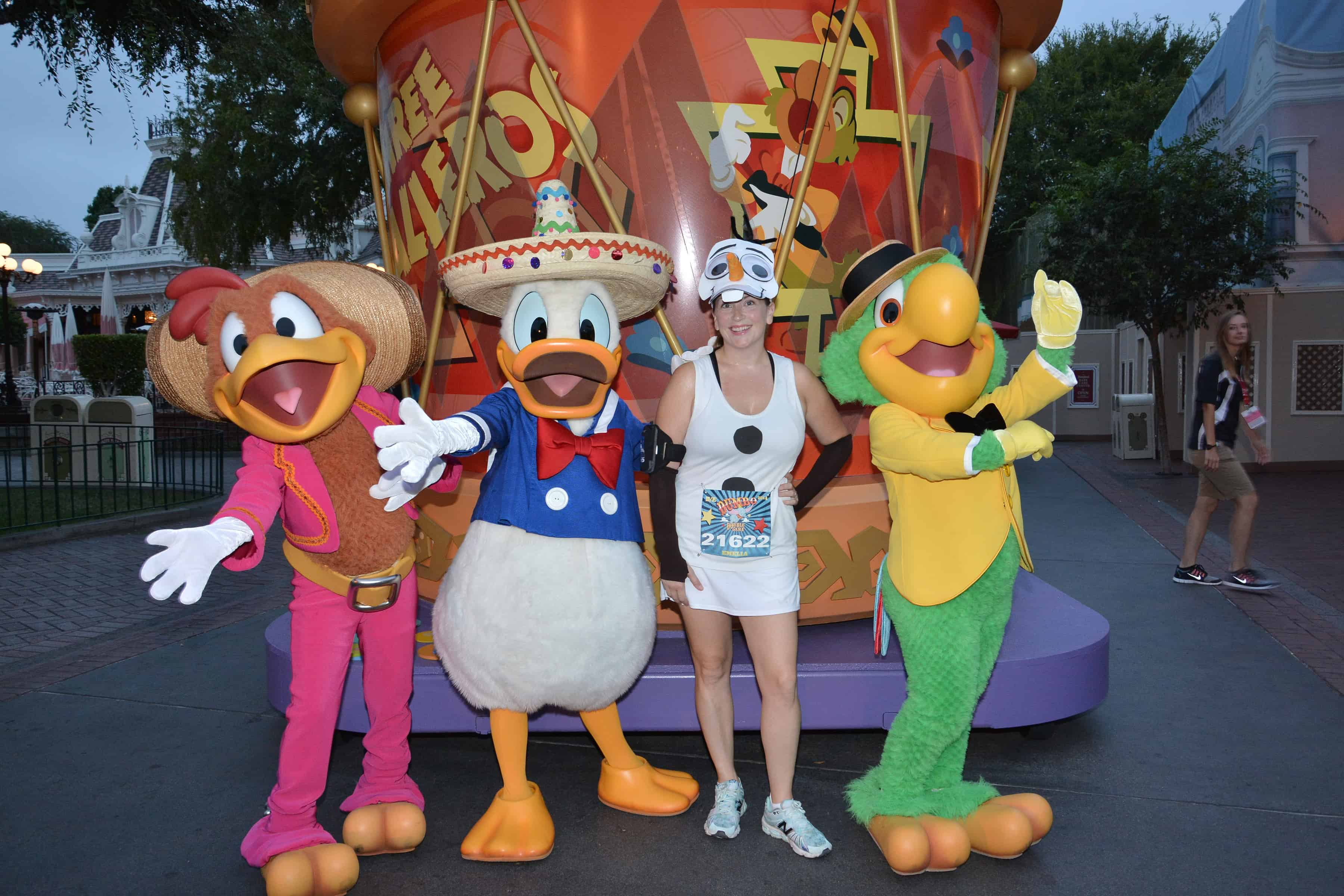 I found the Evil Stepsisters hanging out at the carrousel. 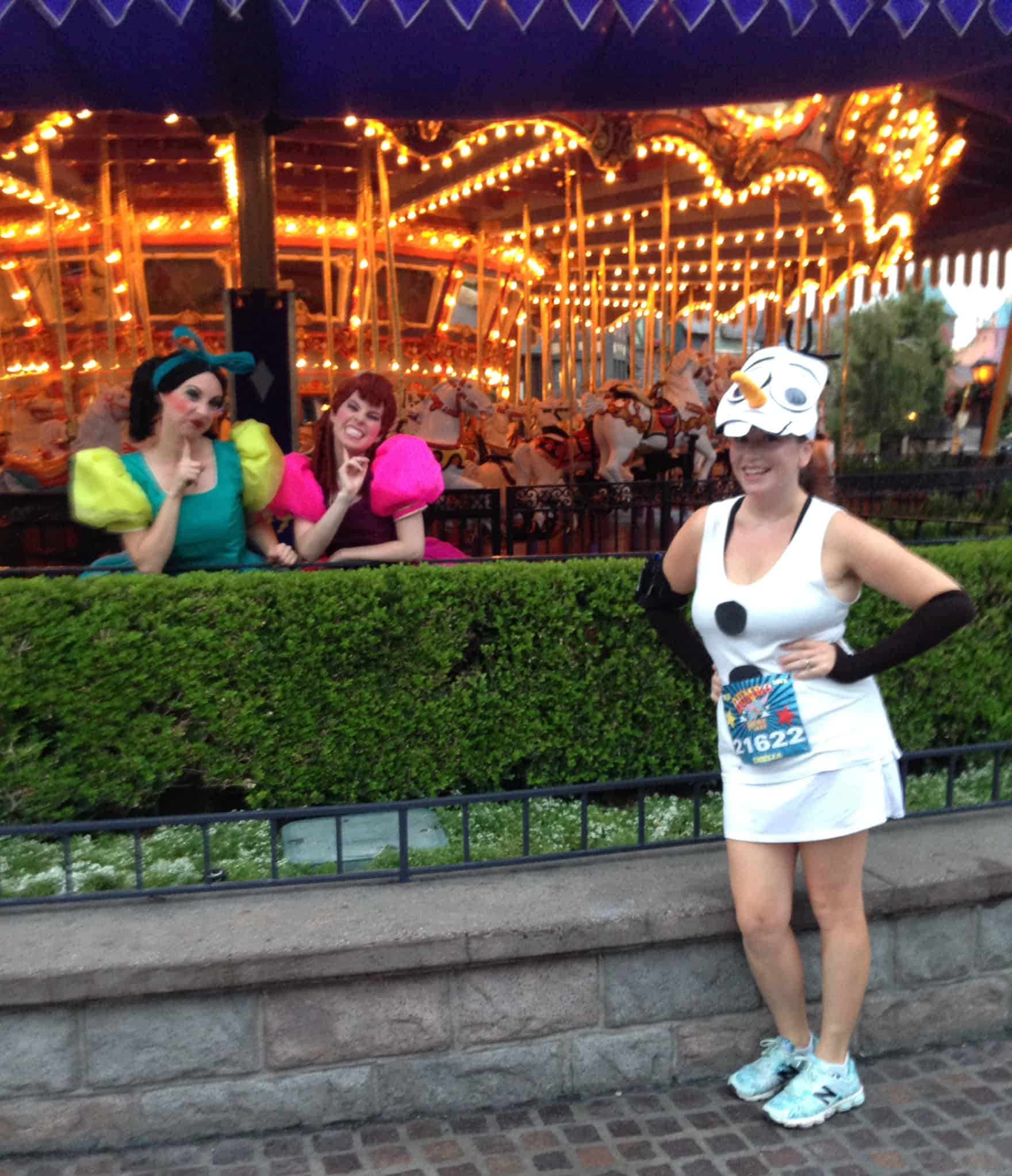 And right by the carrousel I also found my doppelgänger. 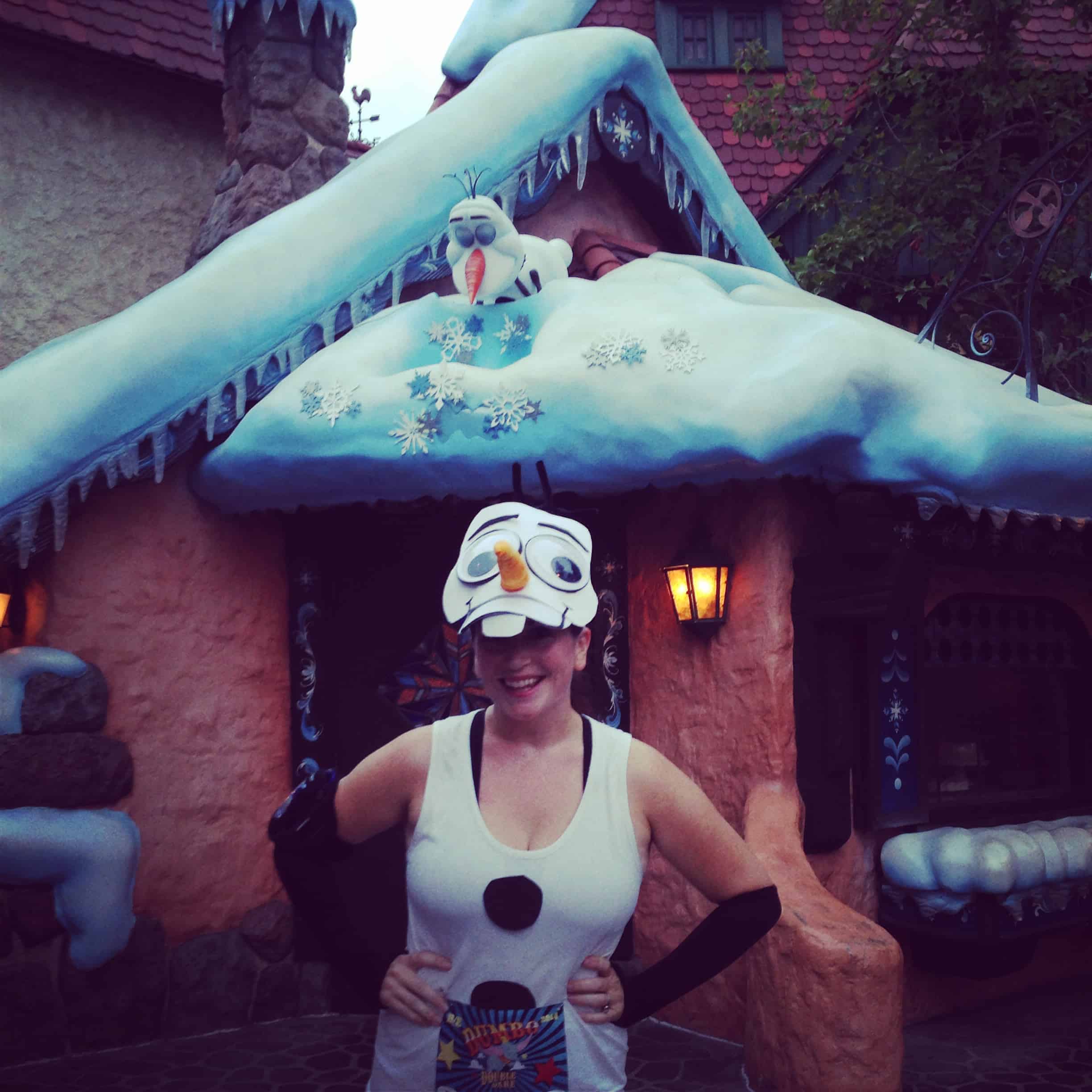 A selfie in front of the castle is always a must at any runDisney race. 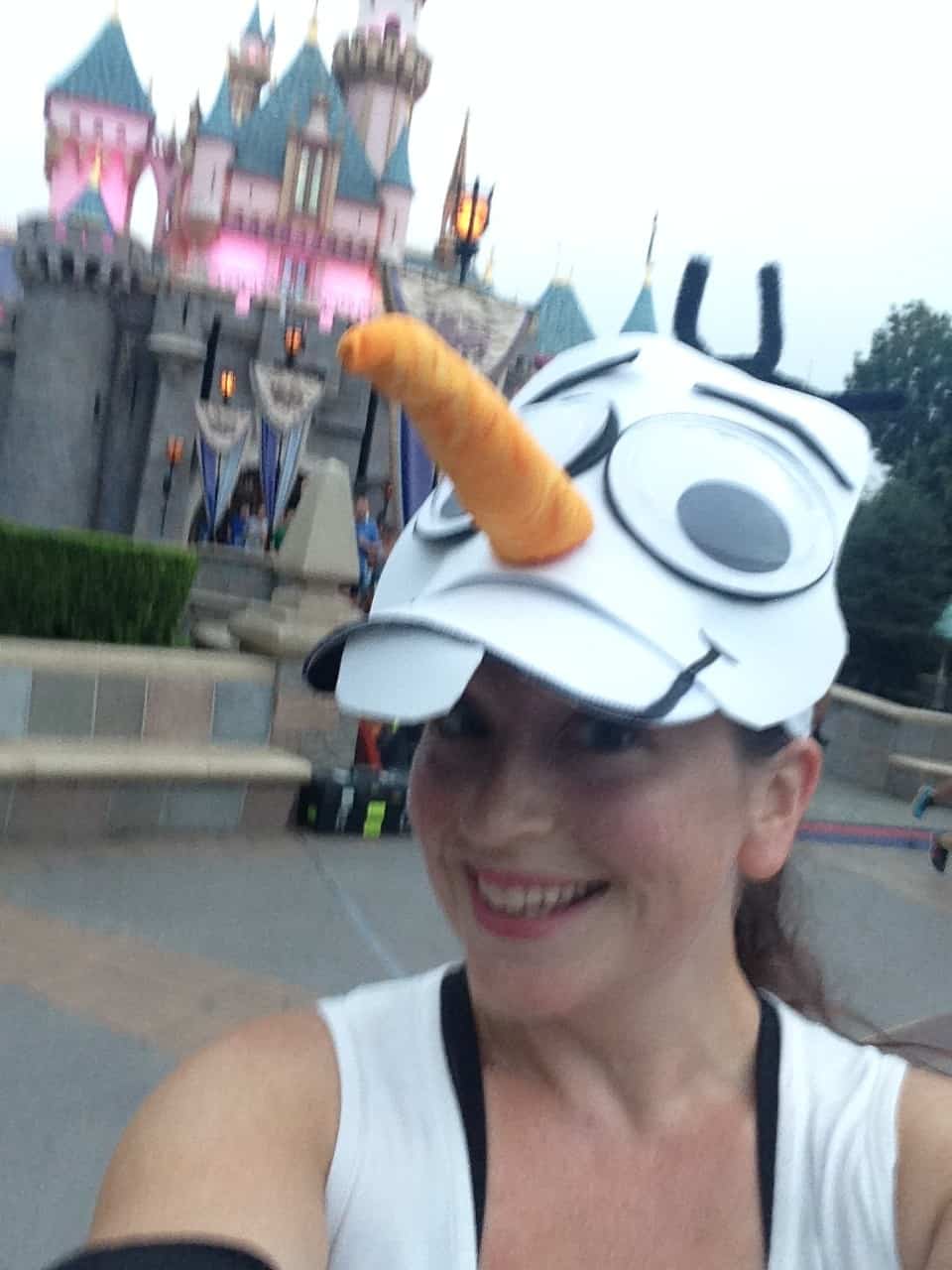 Here is my attempt at a castle picture while running.  I still need to perfect my technique.  Lol 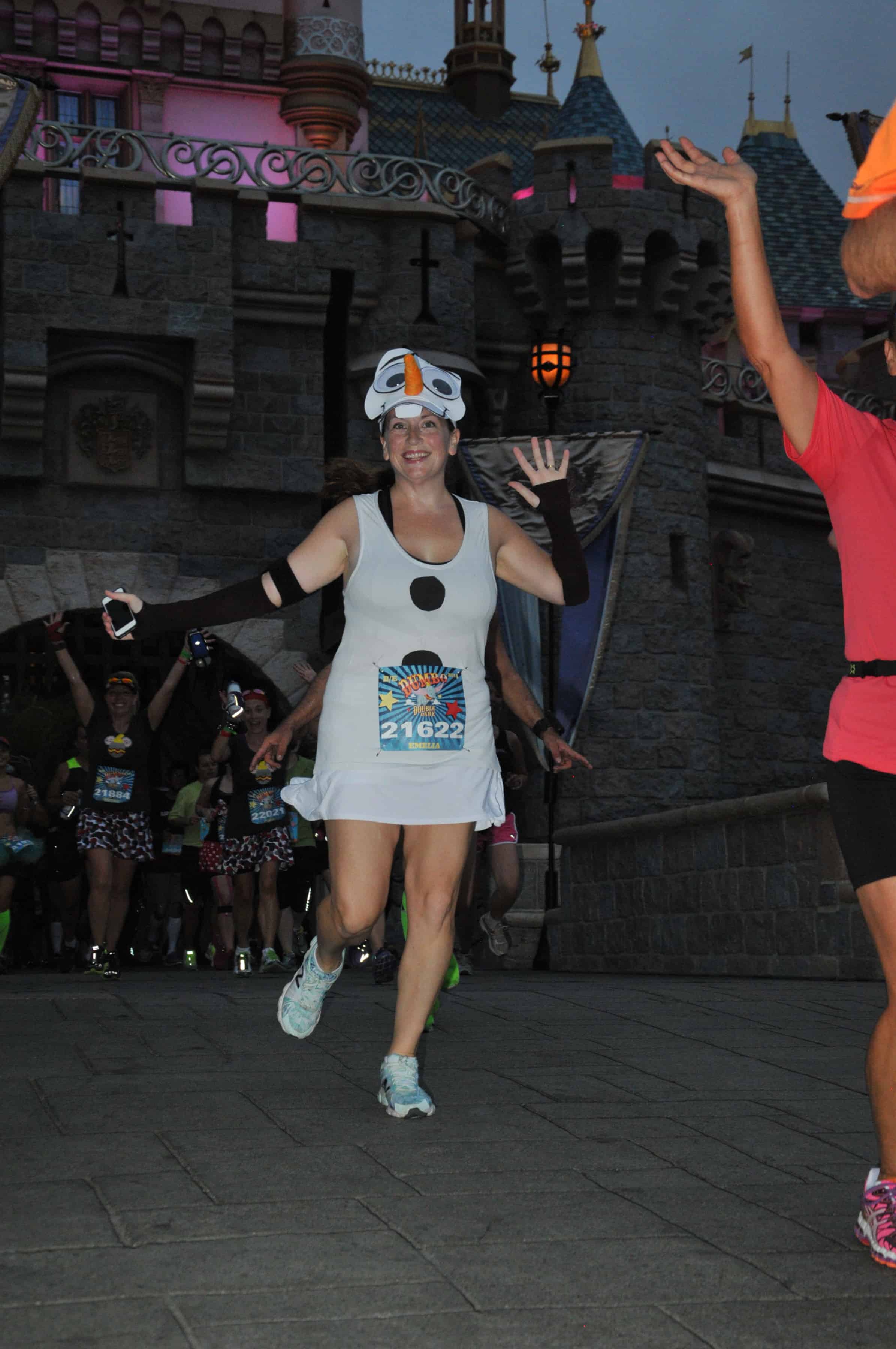 Darth Vader and some Stormtroopers were over in Tomorrowland.   They make Olaf nervous.  Darth Vader DOES NOT like warm hugs. 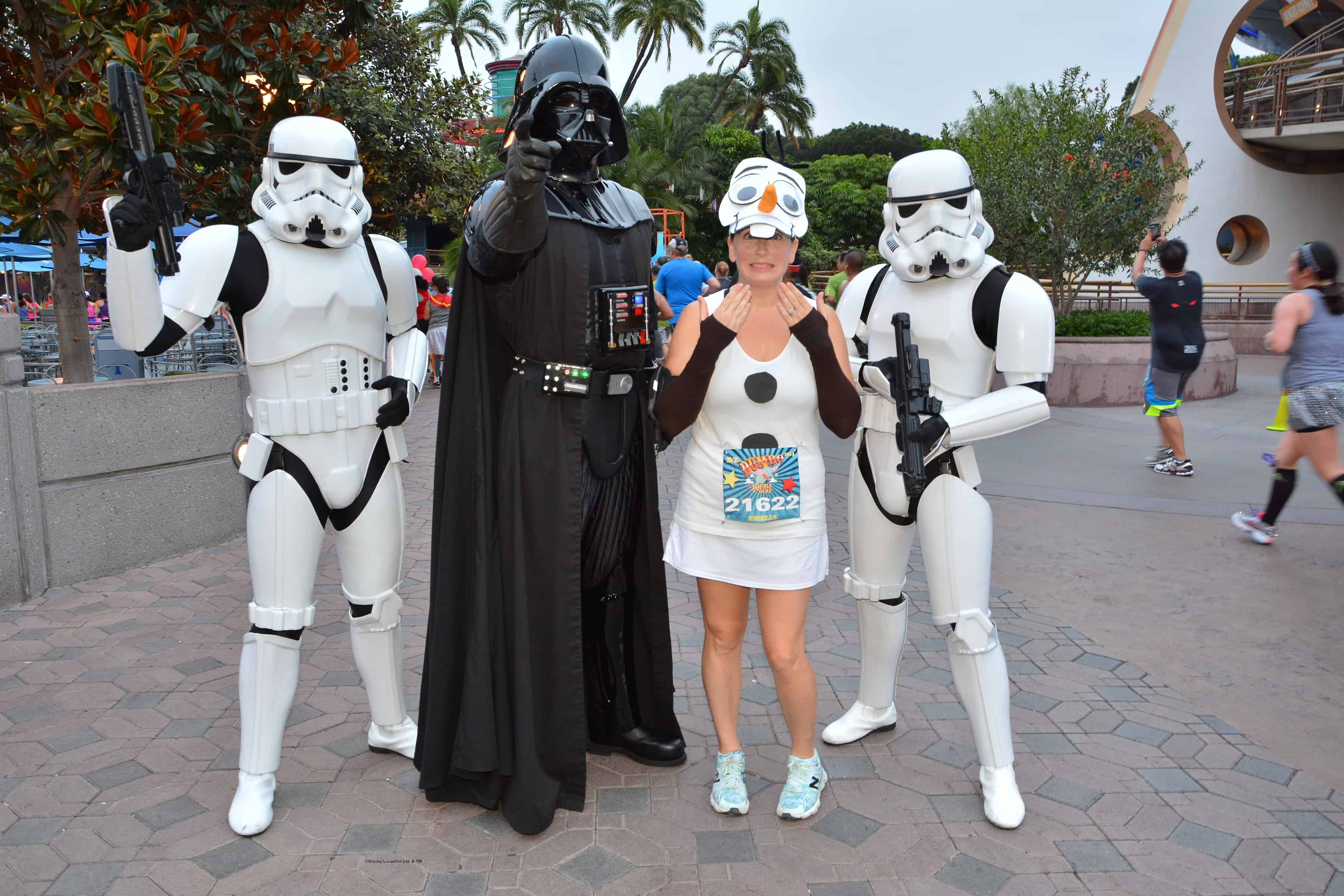 Instead of the princesses out in Fantasyland like they normally do, this year we were greeted by villains.  Maleficent was up first. 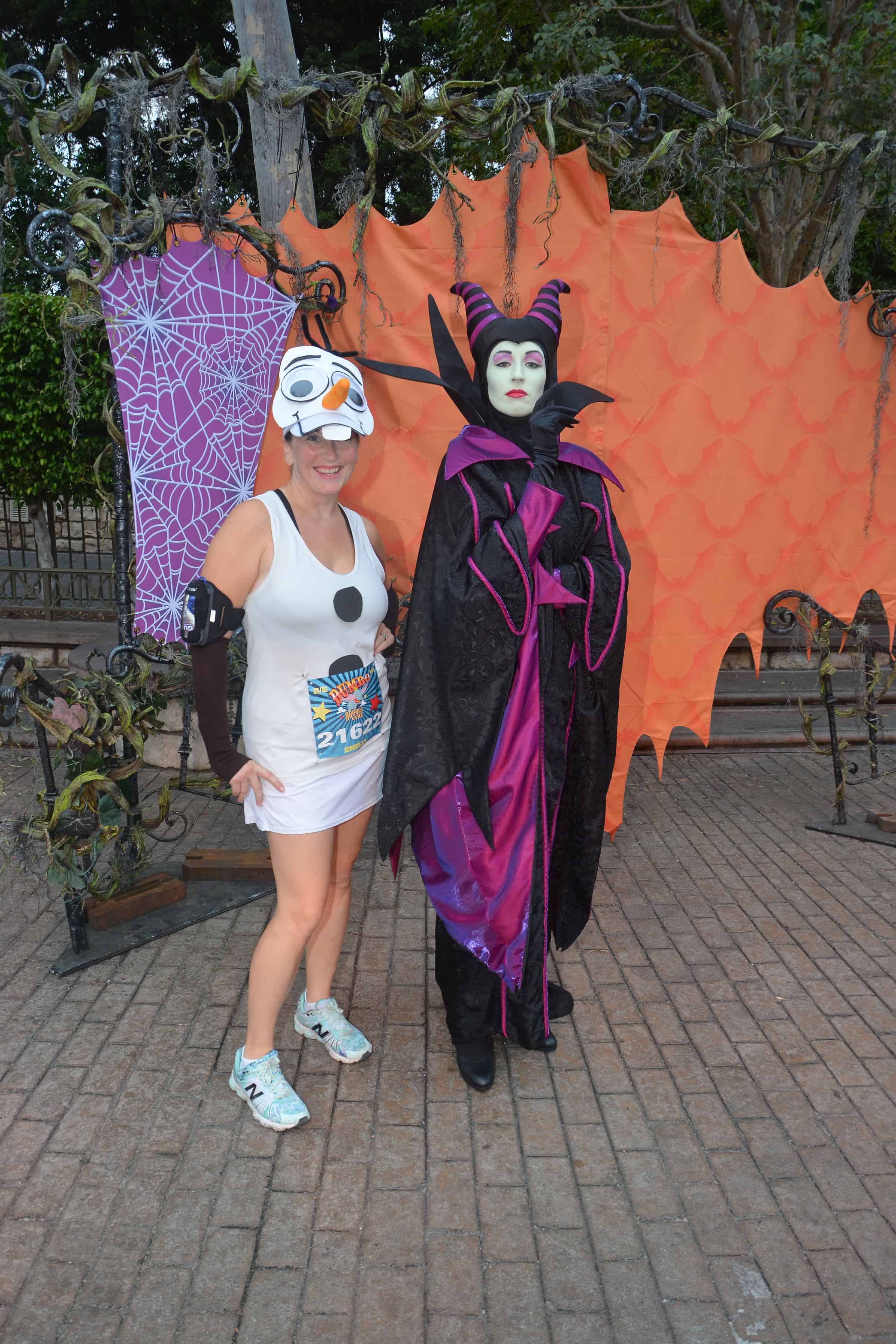 I found Jafar and the Evil Queen next to Maleficent. 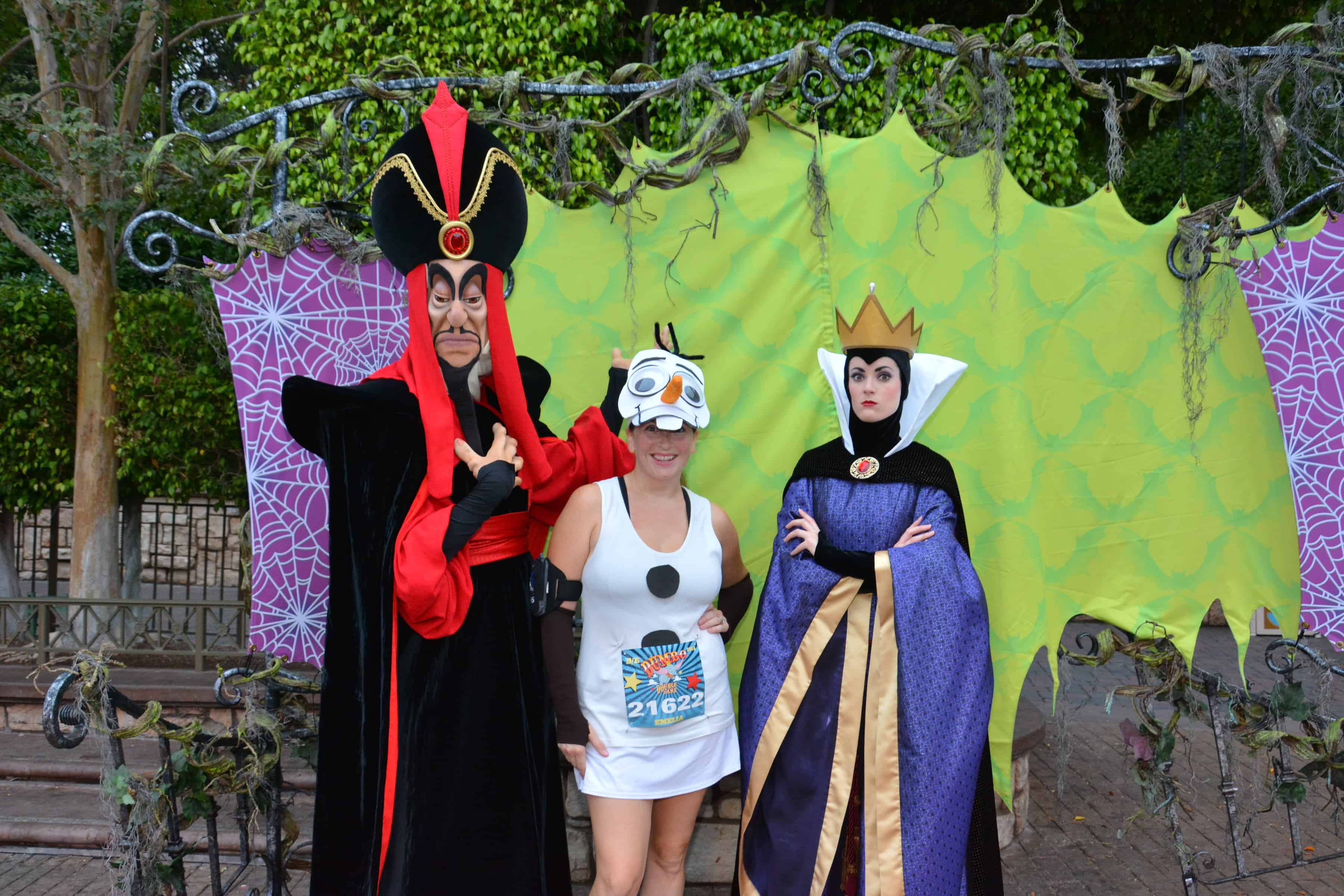 And right by Small World was Cruella, who was hilarious, and Dr. Facilier. 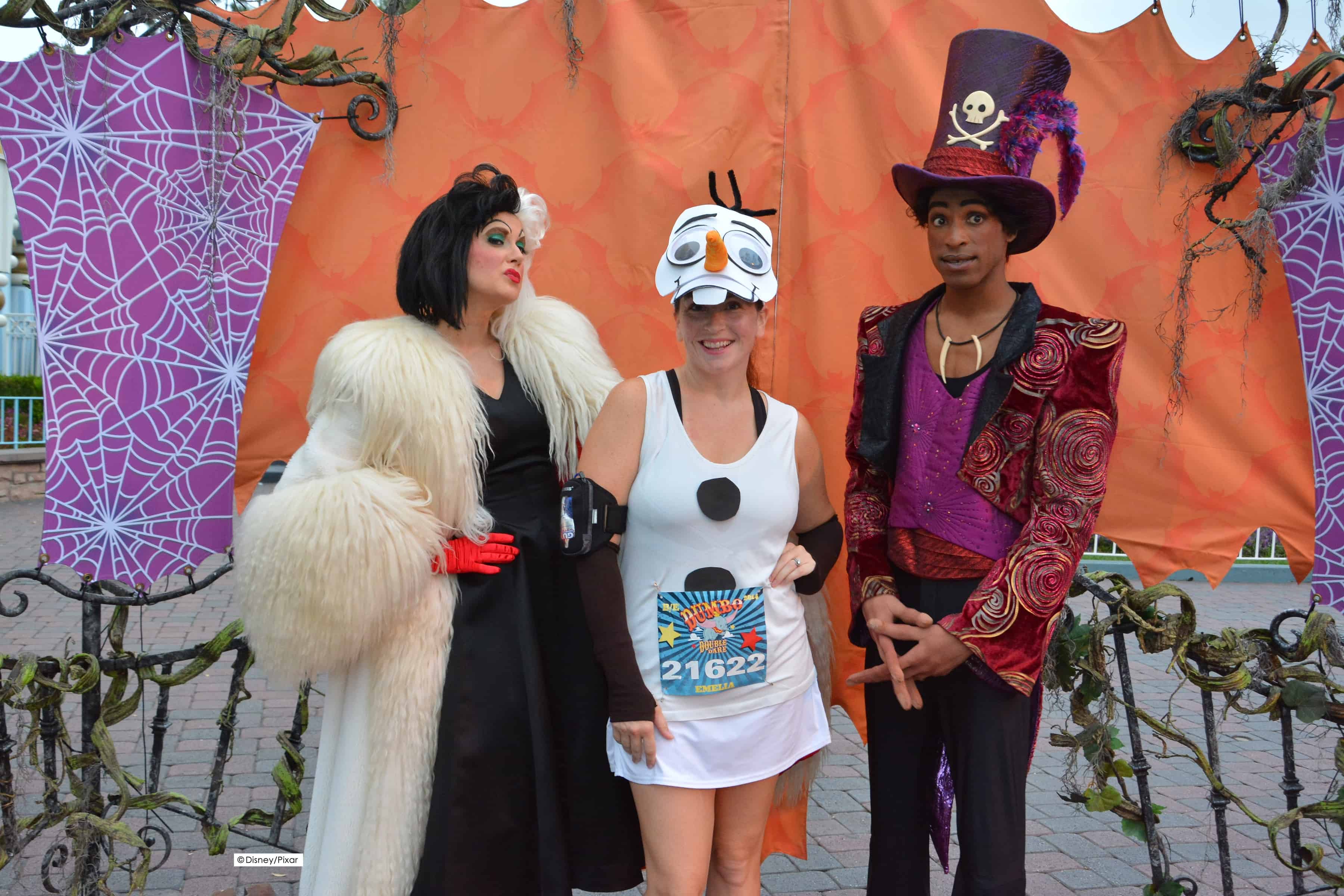 We ran through Toontown and then backstage before we headed out onto the streets of Anaheim. 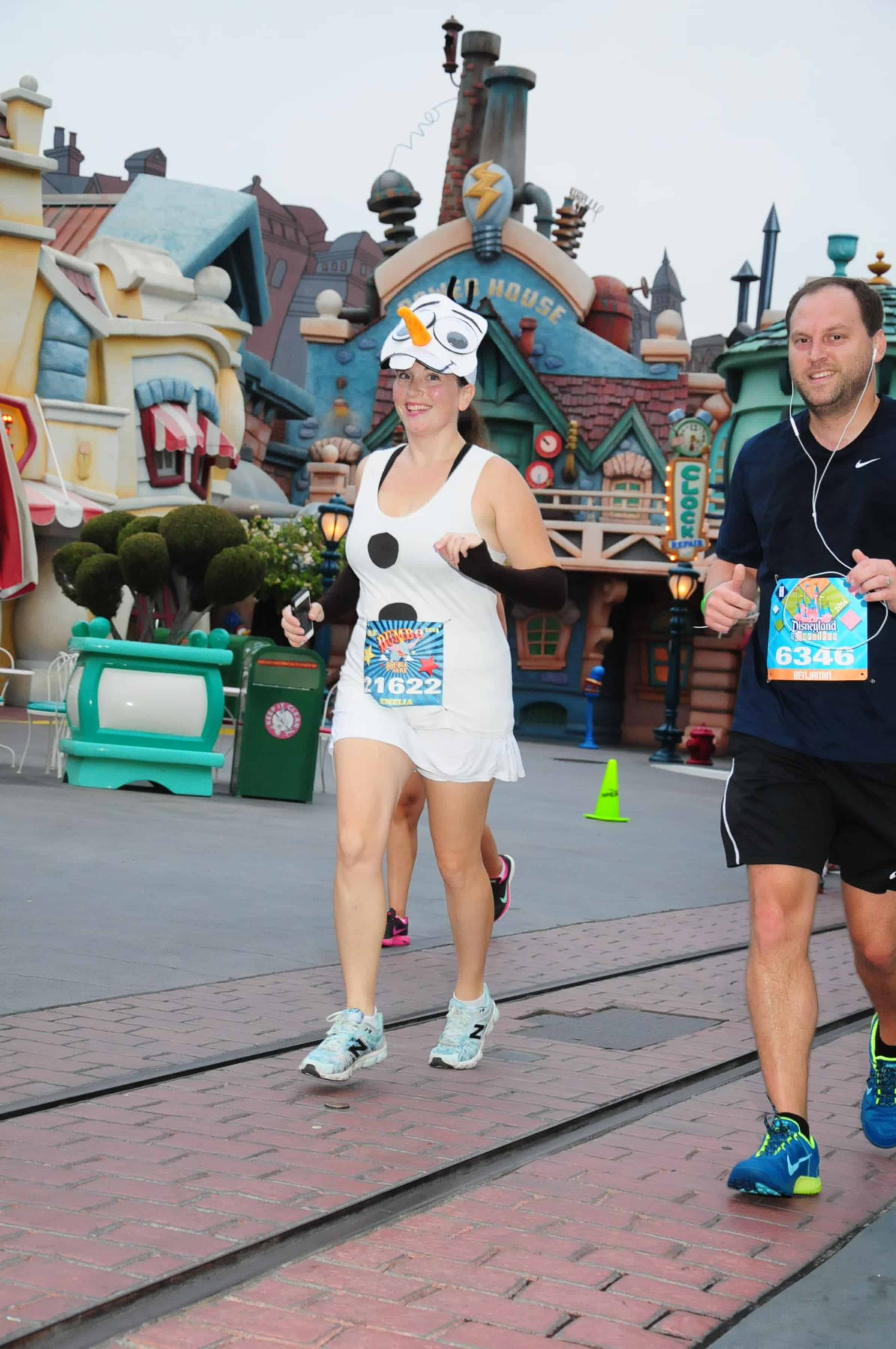 One of my favorite parts are all the old cars that are out and their owners there to cheer us on. 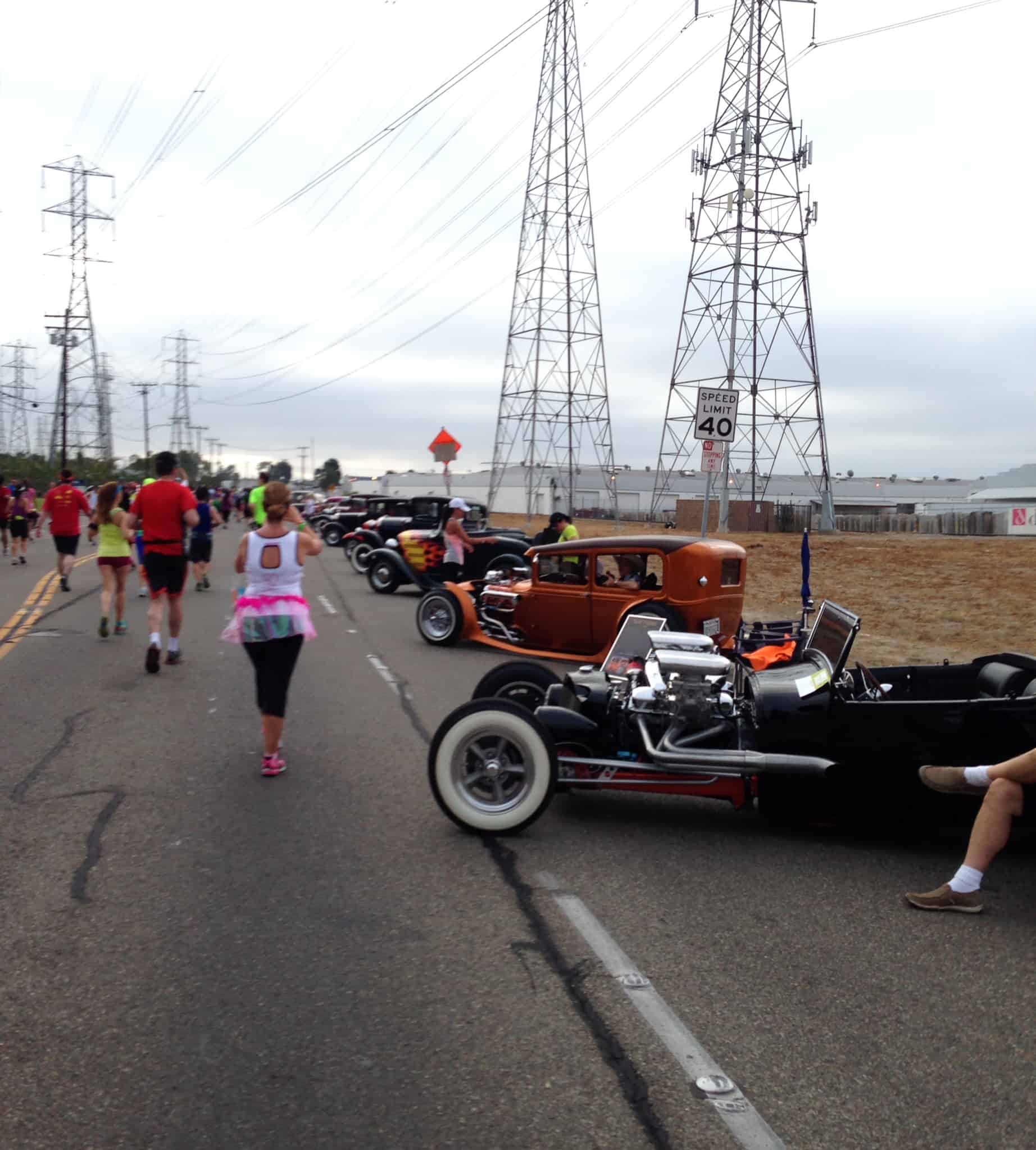 I found a pink car.  My daughter would totally want this in a heartbeat. 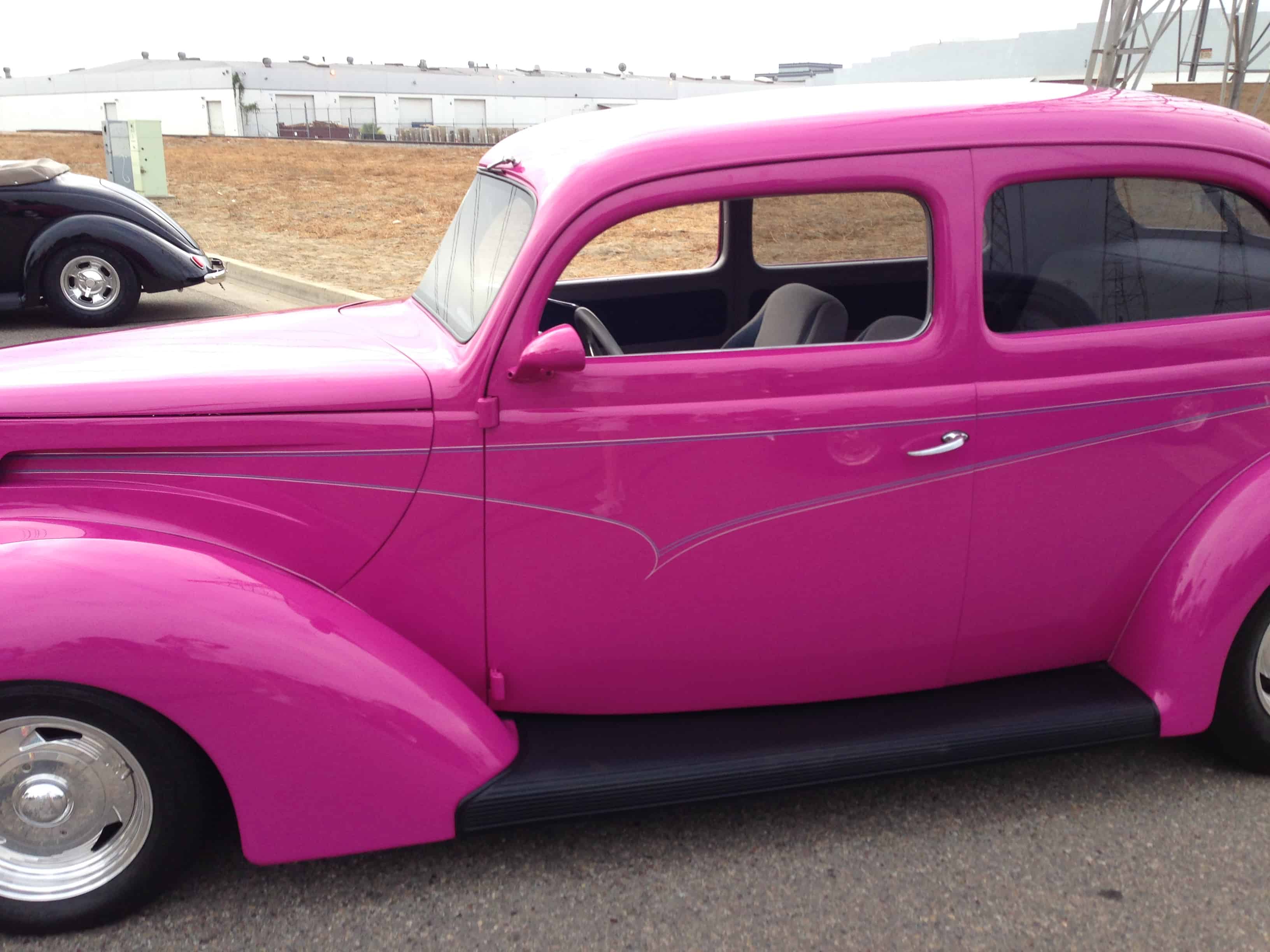 We made our way over to Angel’s Stadium.  In the stadium we get to run on the field around the warning track. 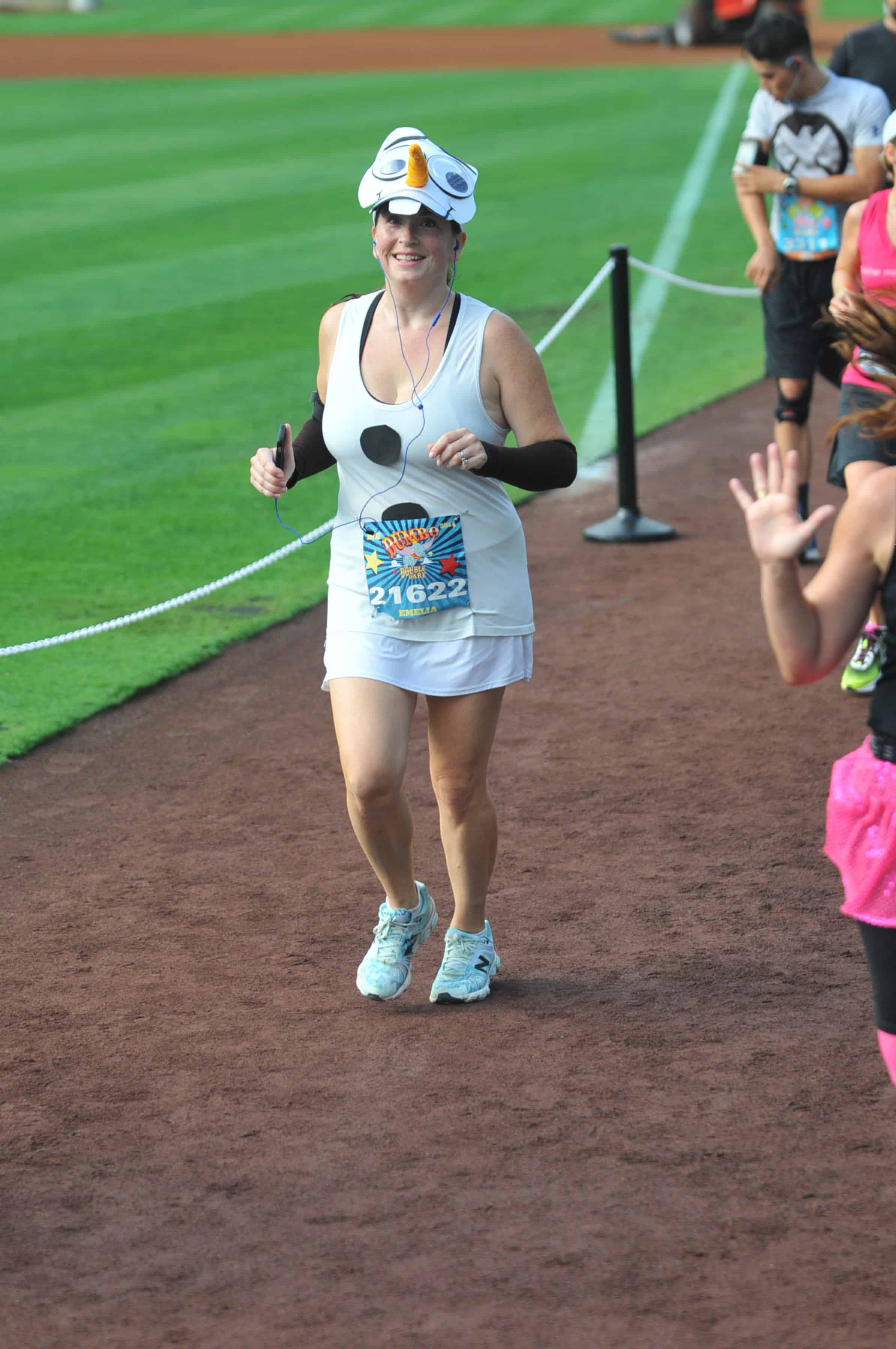 There were thousands of Boy Scouts and Girl Scouts in the stands cheering us on. It is so awesome. 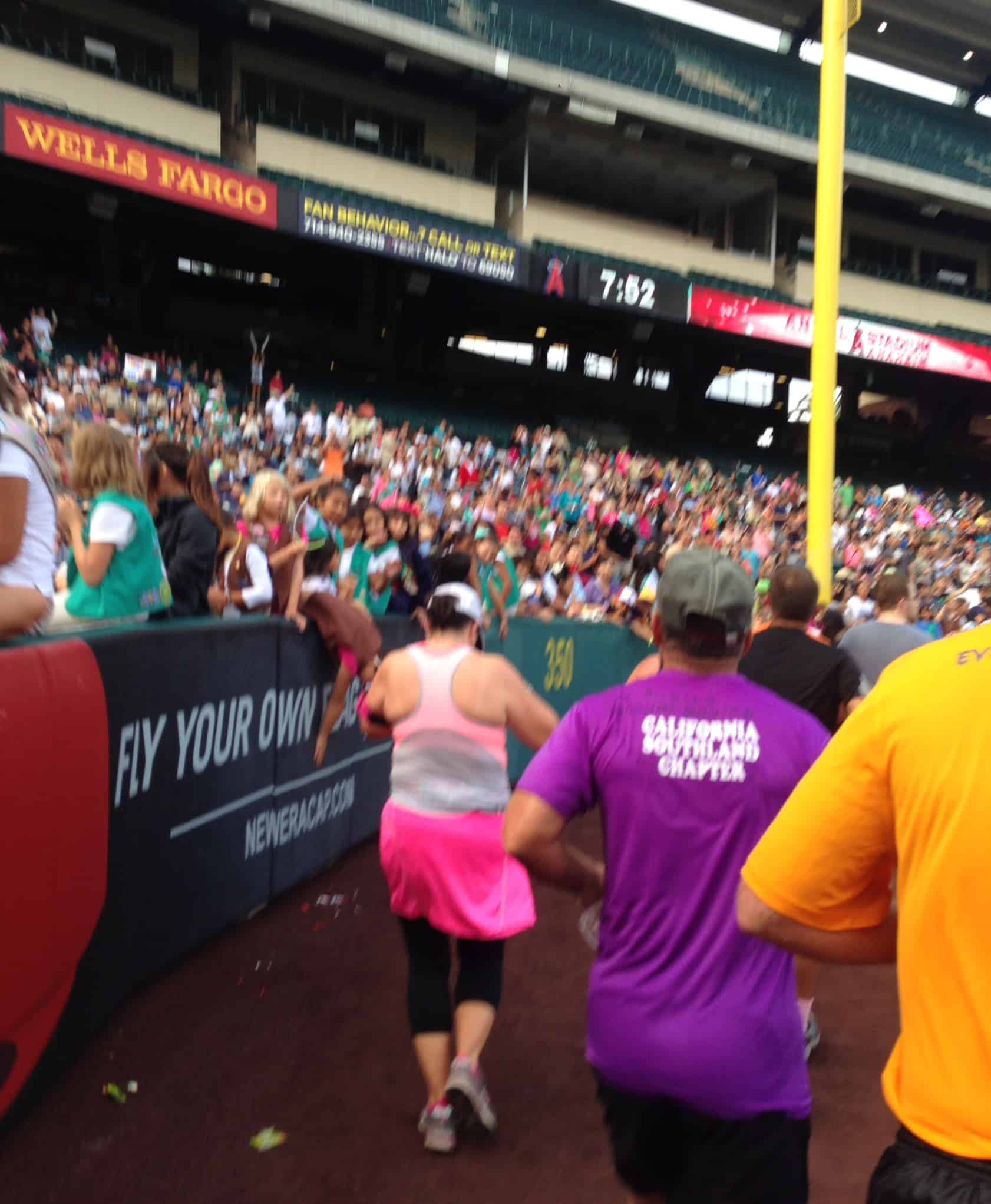 And a selfie of course. 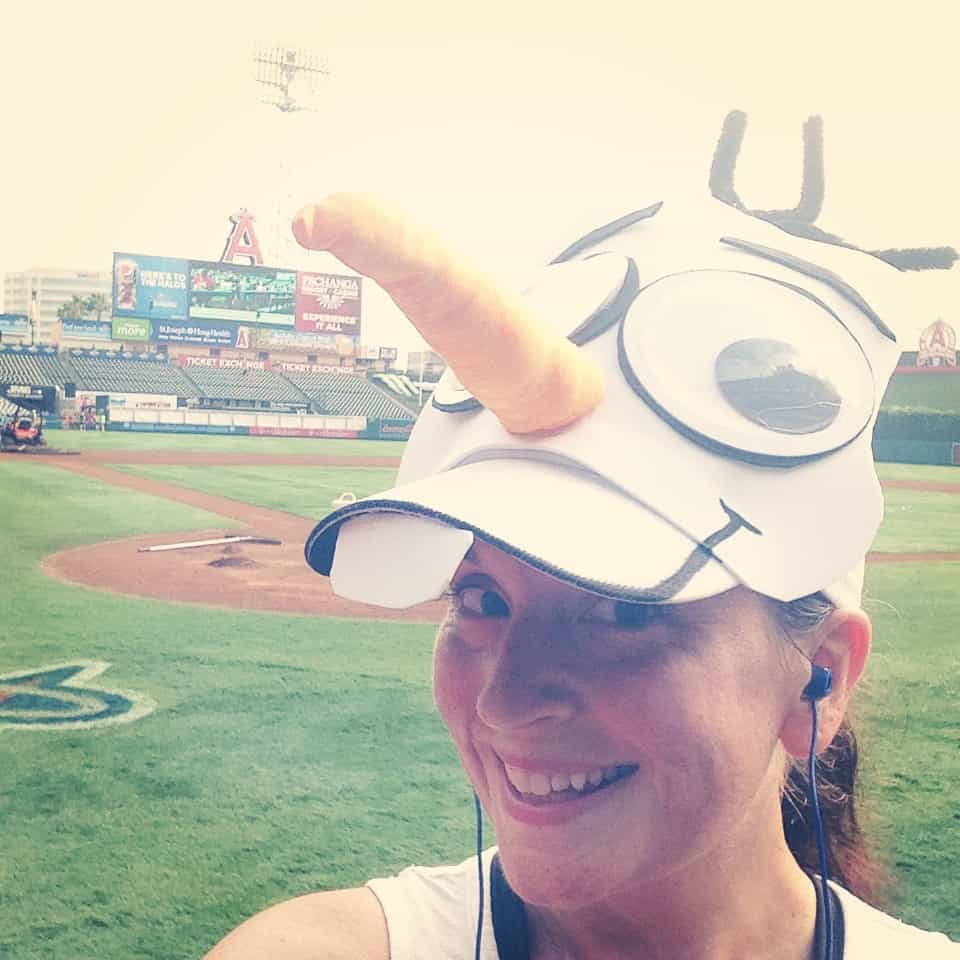 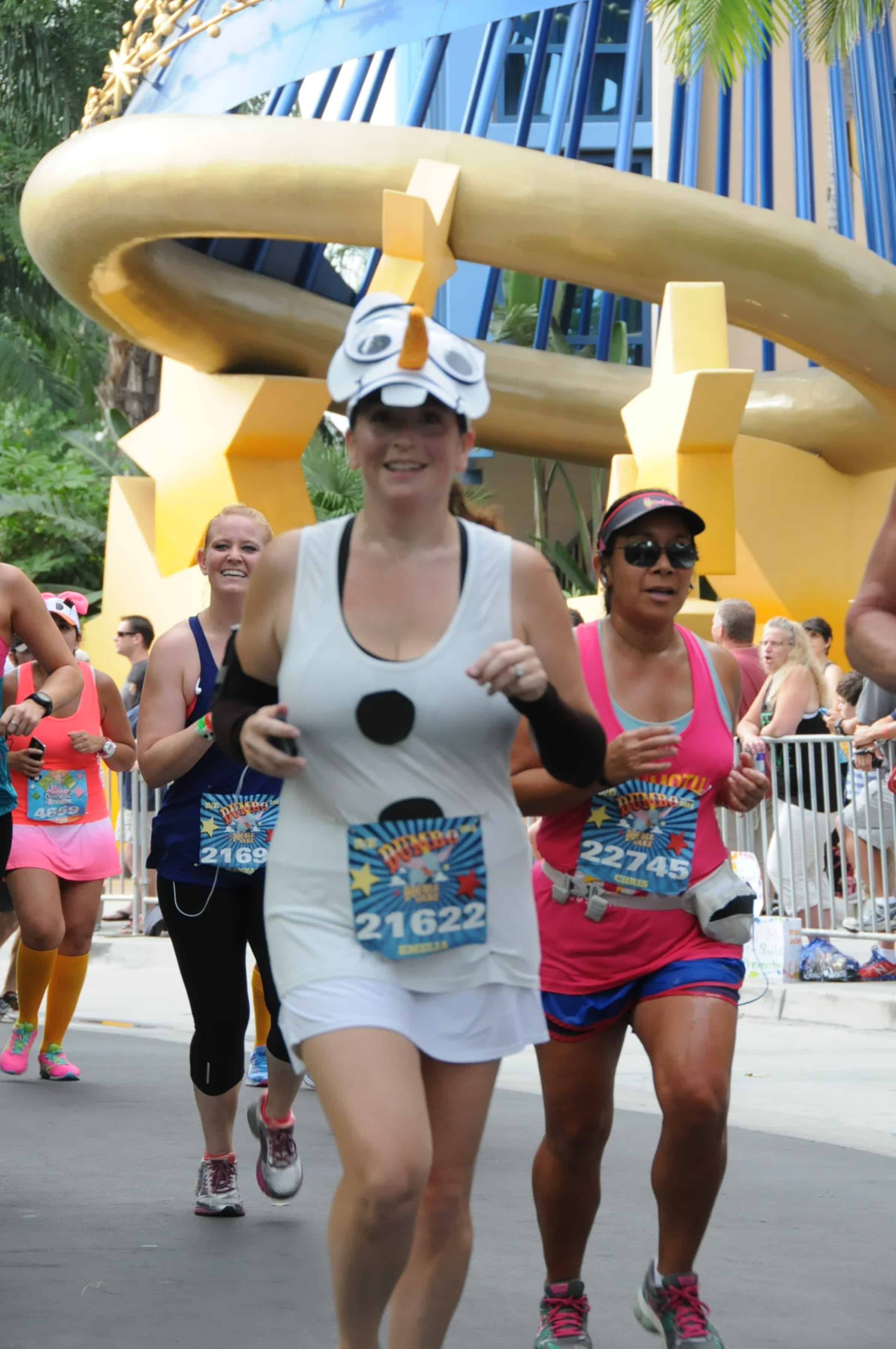 My time was 2:43. To give you guys an idea how long the lines for pictures were my time, if I didn’t stop, at the pace I ran would’ve been roughly 2:16.  I often am asked how long the pictures take.  I stopped for every character possible and it was still under a half hour extra on my time.  I hope this helps you figure out how much you can stop at your next race. 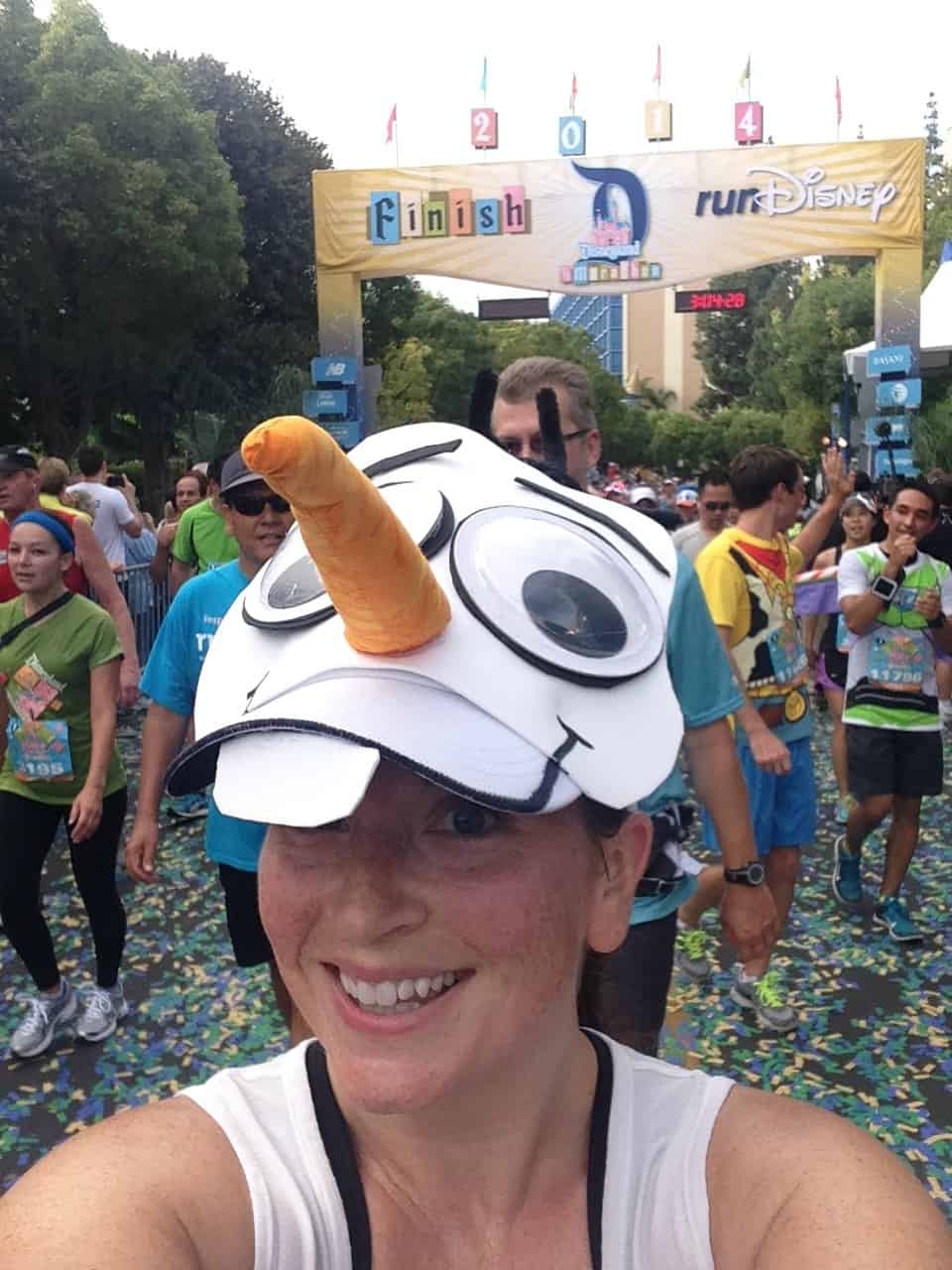 I had a great time.  The weather was a little warm, but it always is at the Labor Day race. My only complaint is that I wished there was a princess out.  I like villains, but I really like princesses.  I felt like the characters this year was a little less than normal. 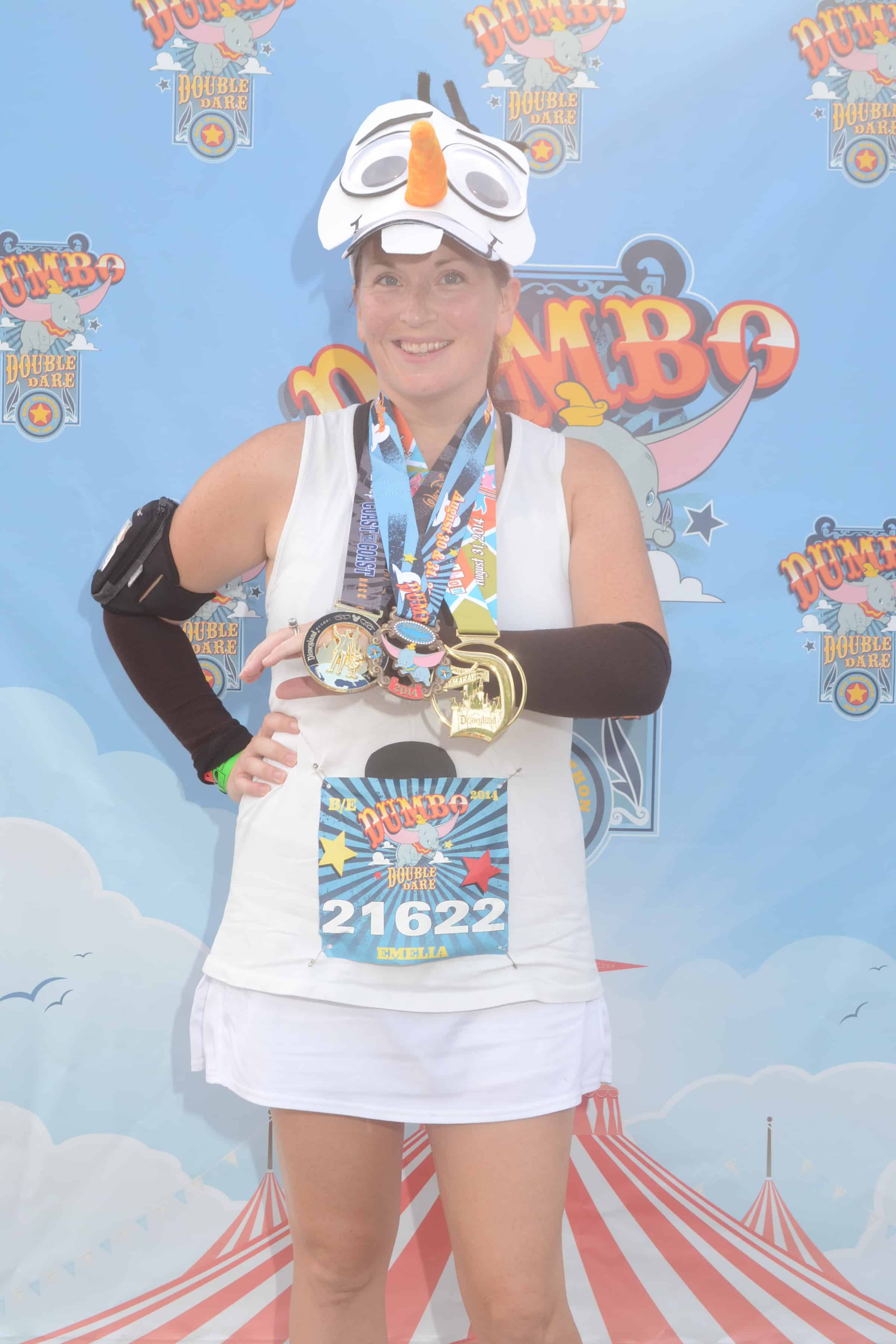 I earned my half marathon medal and my Dumbo Double Dare Challenge Medal for running both the 10k and the half marathon.  I also earned my 2nd Coast to Coast medal for the year.  Normally you can only earn one runDisney Coast to Coast medal in a calendar year, but this year runDisney offered a special pink one for completing both the Tinker Bell Half and the Princess Half, which I did.  This is the normal Coast to Coast, which I earned for the completing the Dopey Challenge at WDW and the Dumbo Double Dare Challenge. 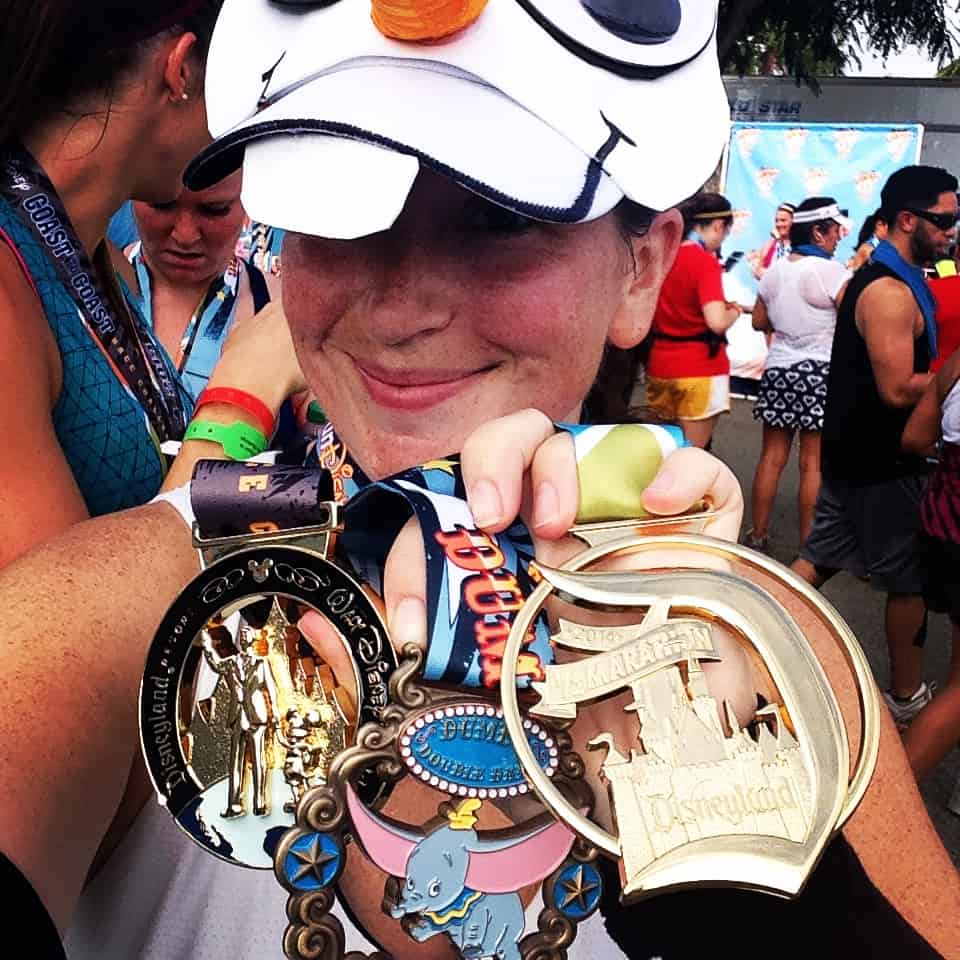 This made a grand total of 5 medals for the weekend including the 5k and 10k medals that I earned. 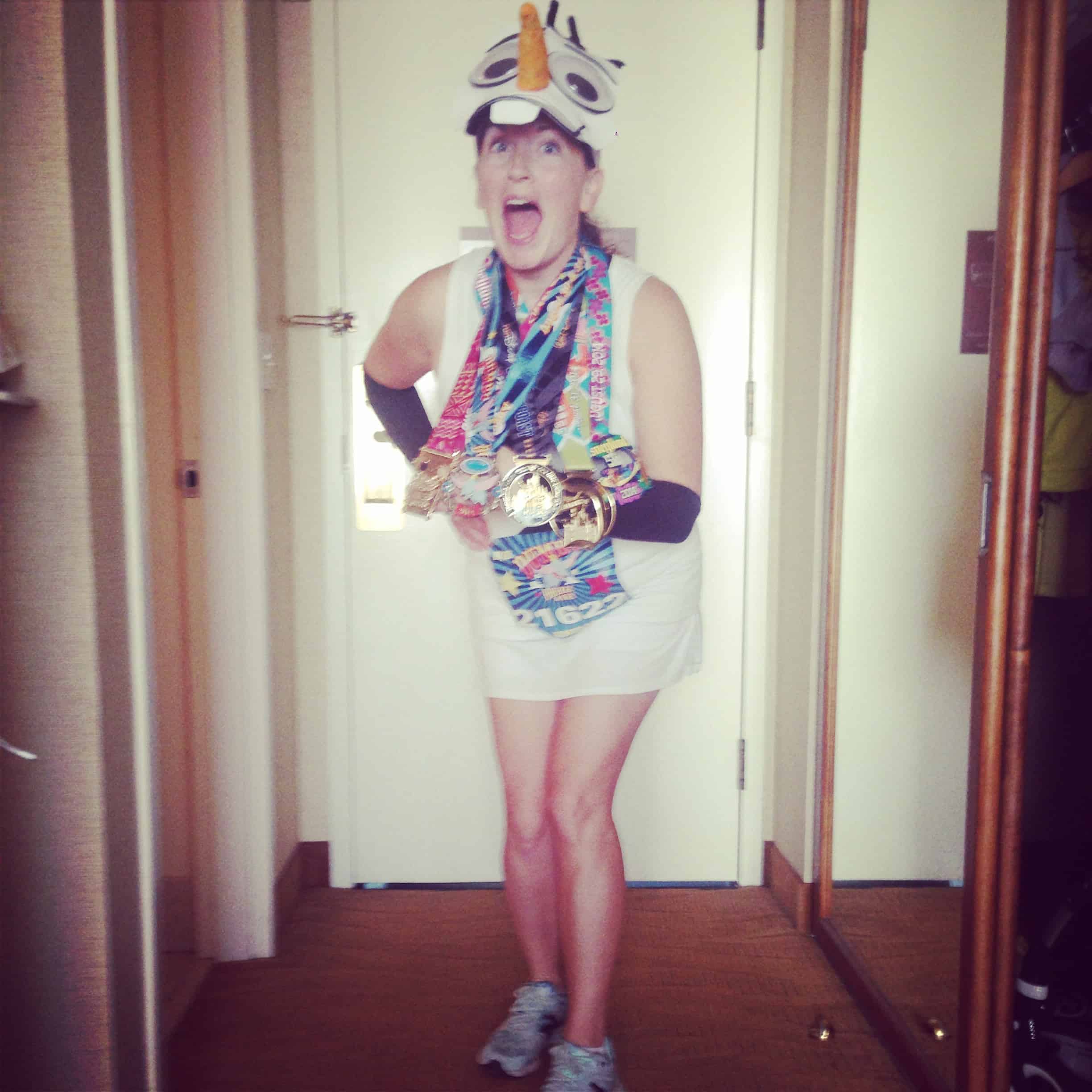 I plan to be back again next year.  Will I see any of you there?