First, YES, I ran the 5k wearing this Maleficent hat and yes it was hot, but I tested it on a treadmill before hand, so it wasn’t hard to run in 🙂

Ok, on with the recap.  The Disney Family Fun Run 5k was the first of my 4 races to run for the Dopey Challenge.  It was decently chilly out before the race.  I needed caffeine and as I was walking to my starting corral I found this! 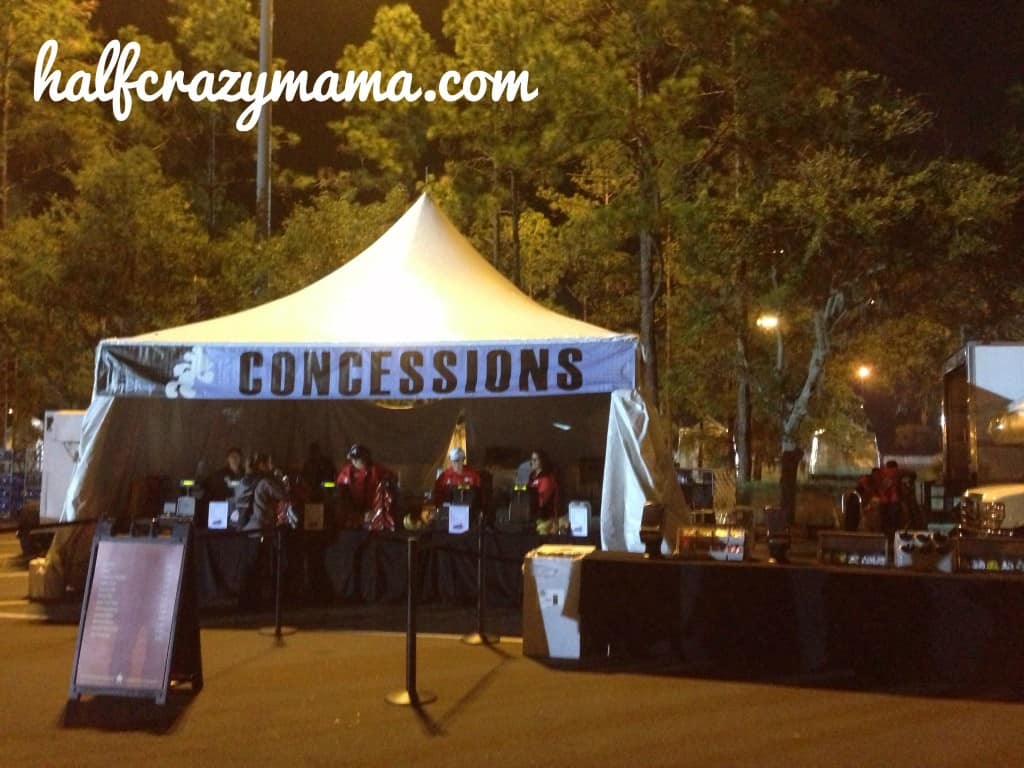 I had my handy dandy Magic Band on so I was able to get some coffee.  I hung out near the start line while I waited for the time to come to filter into our corrals. 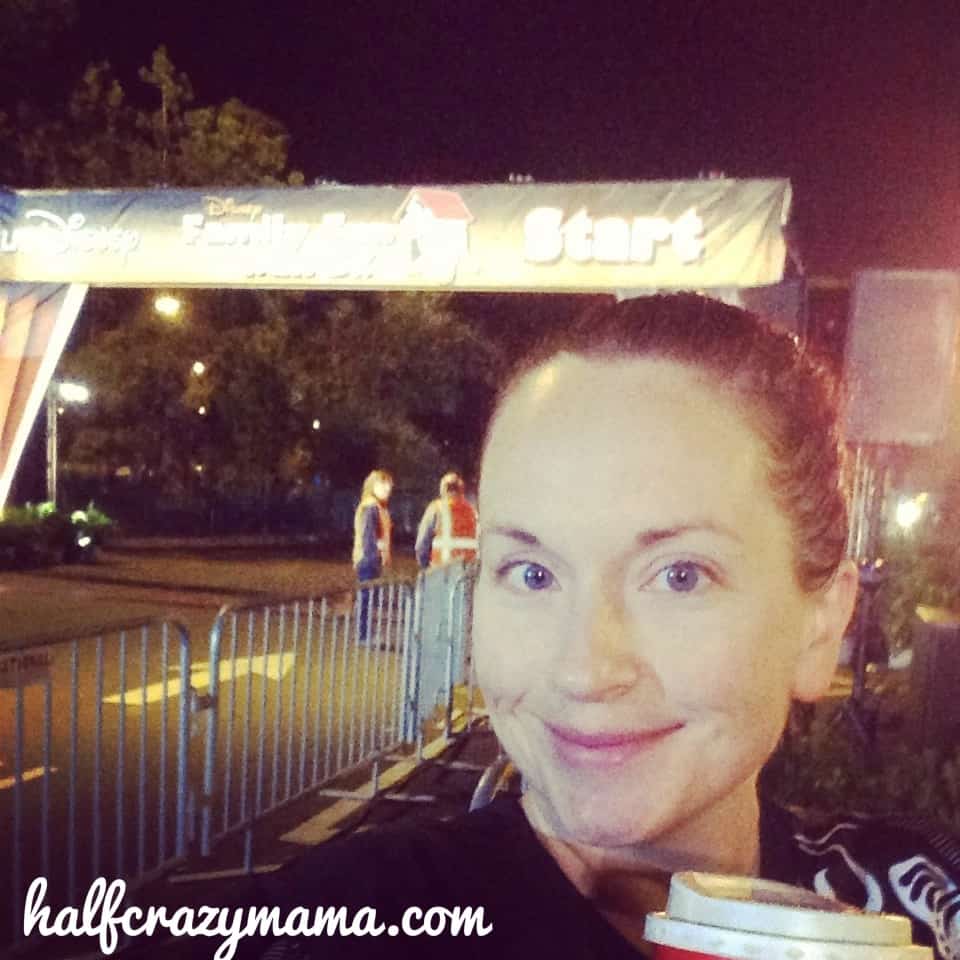 It started at 6:15am Thursday.  I wore the INKnBURN Sugar Skull pullover and Rock N Roll run skirt.  I was nervous about the hat portion of my costume, for some reason out of social anxiety, because it was a little on the crazy side.  I got over it and it turned out to be fun.  I didn’t put it on until I was about to start in the corral. 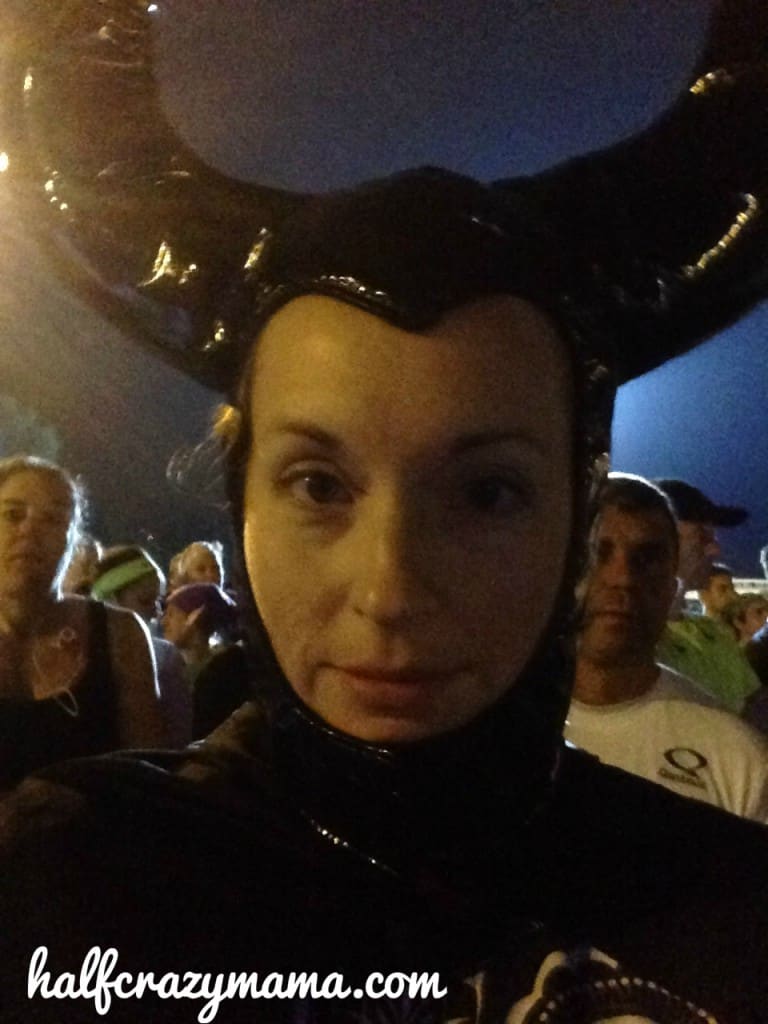 The race kicked off and we started running.  We came acrossed Flick (I think that’s his name) from A Bug’s Life in the backstage area of Epcot.  I didn’t stop for a picture with him though.  Next we made our way through a backstage gate between Mexico and Norway into Epcot.

In Norway was Daisy Duck.  I stopped for a picture with her. 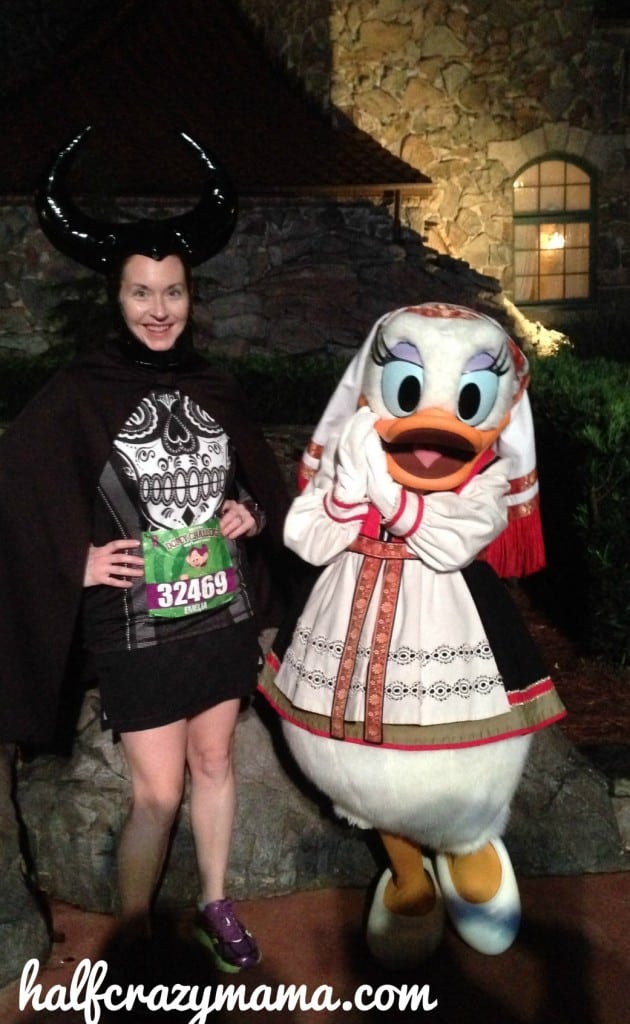 As we rounded the corner into Germany Dopey was there.  Dopey had the longest line I have ever seen ever out of all the runDisney races and characters…ever ever.  It was CRAZY!  I stand in a lot of long lines sometimes for race characters, but this one was 10 times longer than the longest line I ever stood in.  I didn’t stop.

In France was Remy and Emile.  I stopped for that picture. 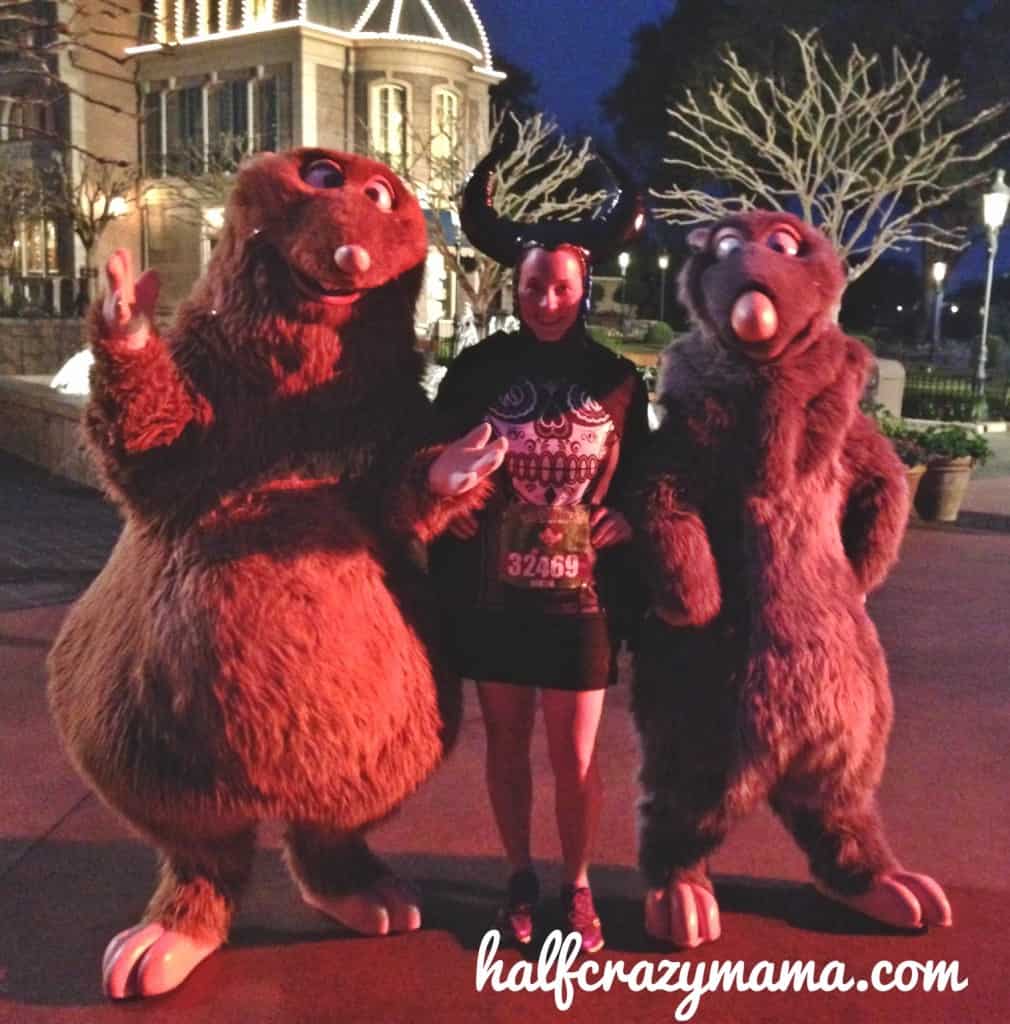 One of my favorite things about the Maleficent costume was my shadow. Since it was dark out I got to run looking at this most of the time. Pretty fun 🙂 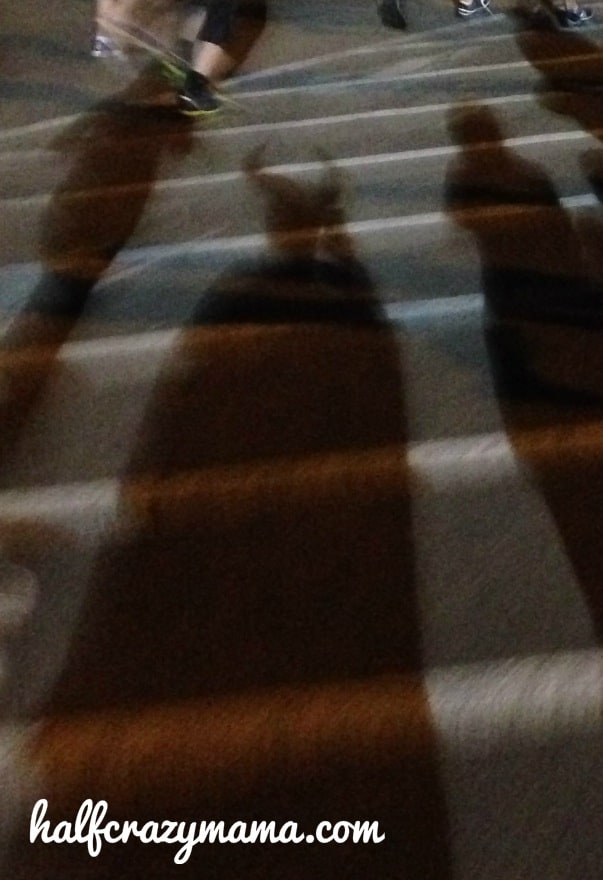 I stopped for a selfie in front of Spaceship Earth. 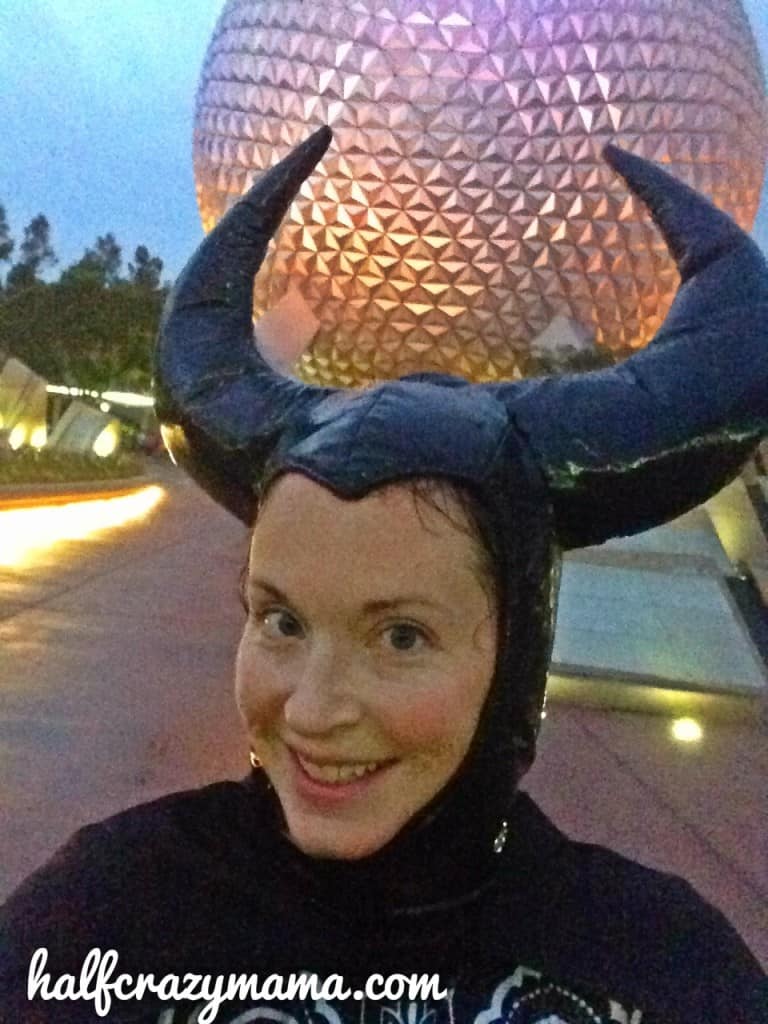 I finished the 5k as it was starting to rain a little.  Outside in the family reunion area was Donald Duck, Chip and Dale, Mickey and Pluto for photos. 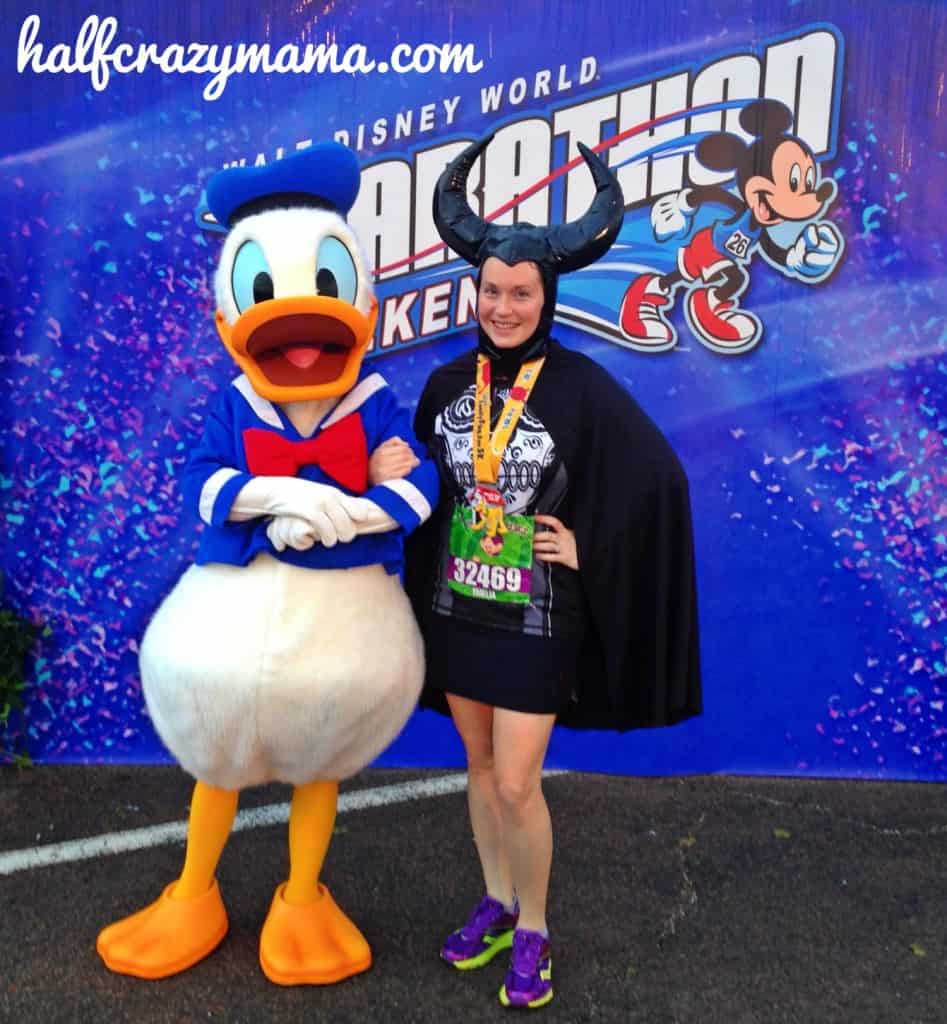 I earned myself this fun little piece of race bling.

Next up, the 10k tomorrow for the 2nd of 4 races of the Dopey Challenge, followed by the half marathon Saturday and the full marathon Sunday. 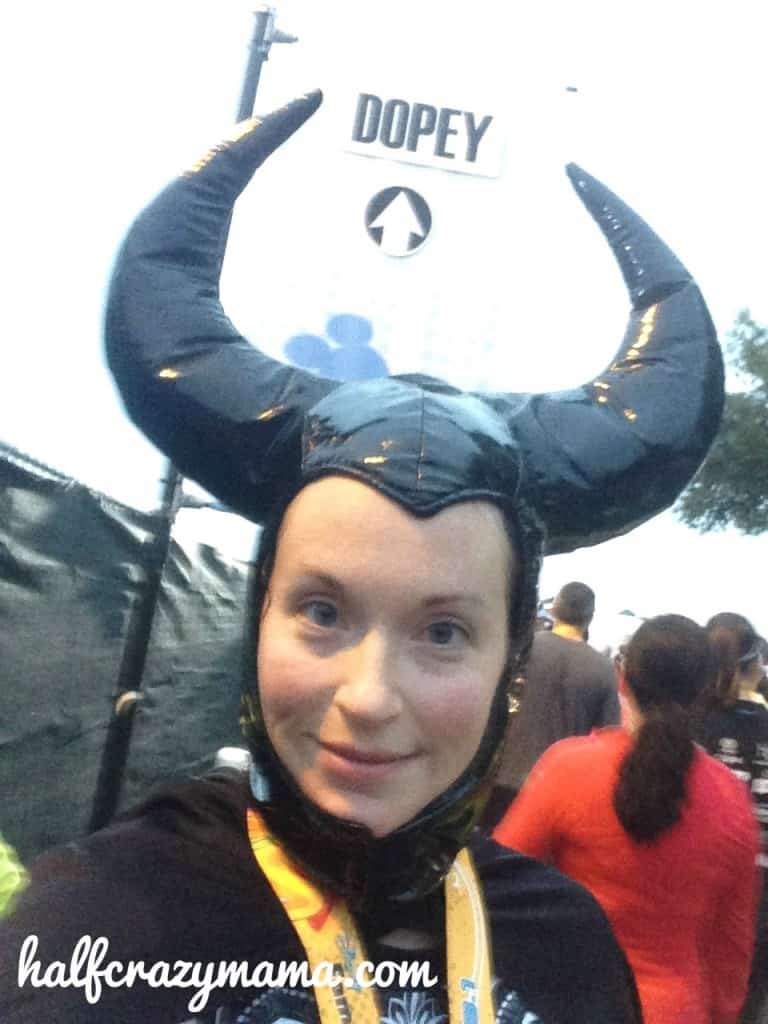 Who else ran the Disney Fun Run 5k?  Did you have a good time?