I got a sneak peak at “Kirby Buckets”, the new Disney XD comedy series that premieres October 20th.  The show follows Kirby, who is a 13 year old aspiring animator and his 2 best friends, Eli and Fish.  What is so fun about “Kirby Buckets” though is the use of animation along with live-action.  Kirby brings his characters to cartoon life in his imagination.

The show stars Jacob Bertrand as Kirby Buckets.  Some of you might recognize his voice as Gil from the cartoon “Bubble Guppies”.  When I visited the set and spoke with Jacob he was going to start his freshman year of high school the next day.  He seemed excited, but maybe a little a nervous about it (like most of us probably were).  In the show, Kirby has an older sister Dawn who tends to be a little…bossy.  He created a character named Dawnzilla, which has some hilarious scenes in the premiere episode.  I asked Jacob if he has an older sister in real life.  He smiled and said yes, but loves her and says she is nothing like his TV sister Dawnzilla.  He was hoping his sister would help and point him in the right direction on his first day of high school. 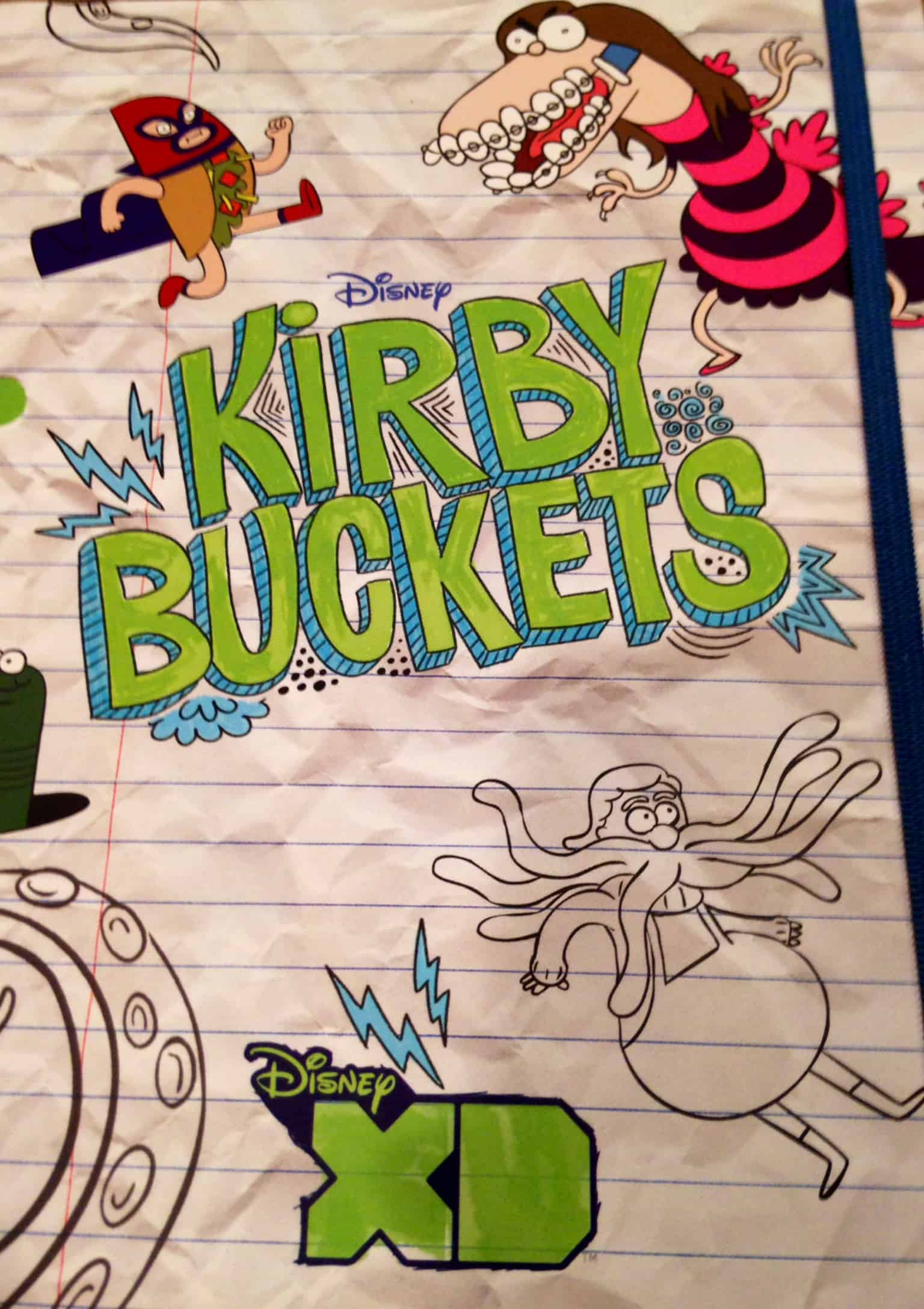 Kirby has two best friends on the show.  His confident and stylish friend Fish is played by Mekai Curtis, whom some of you might recognize if you have seen “Alexander and the Terrible, Horrible, No Good, Very Bad Day” as Alexander’s best friend.  His other naive, slightly awkward, but totally lovable friend Eli is is played by Cade Sutton.  They seem like they have a great time on set together and I was already hearing about the practical jokes they are all playing on each other.

Dawn, Kirby’s sister is played by Olivia Stuck, who is on a mission to stop Kirby from showing the world Dawnzilla.  Her best friend Belinda is played by Tiffany Espensen.  I immediately knew her as the little sister Alex from the movie “HOP”. (Think the Easter show, she played the rabbit).  The two of them together make a smart and dynamic duo. 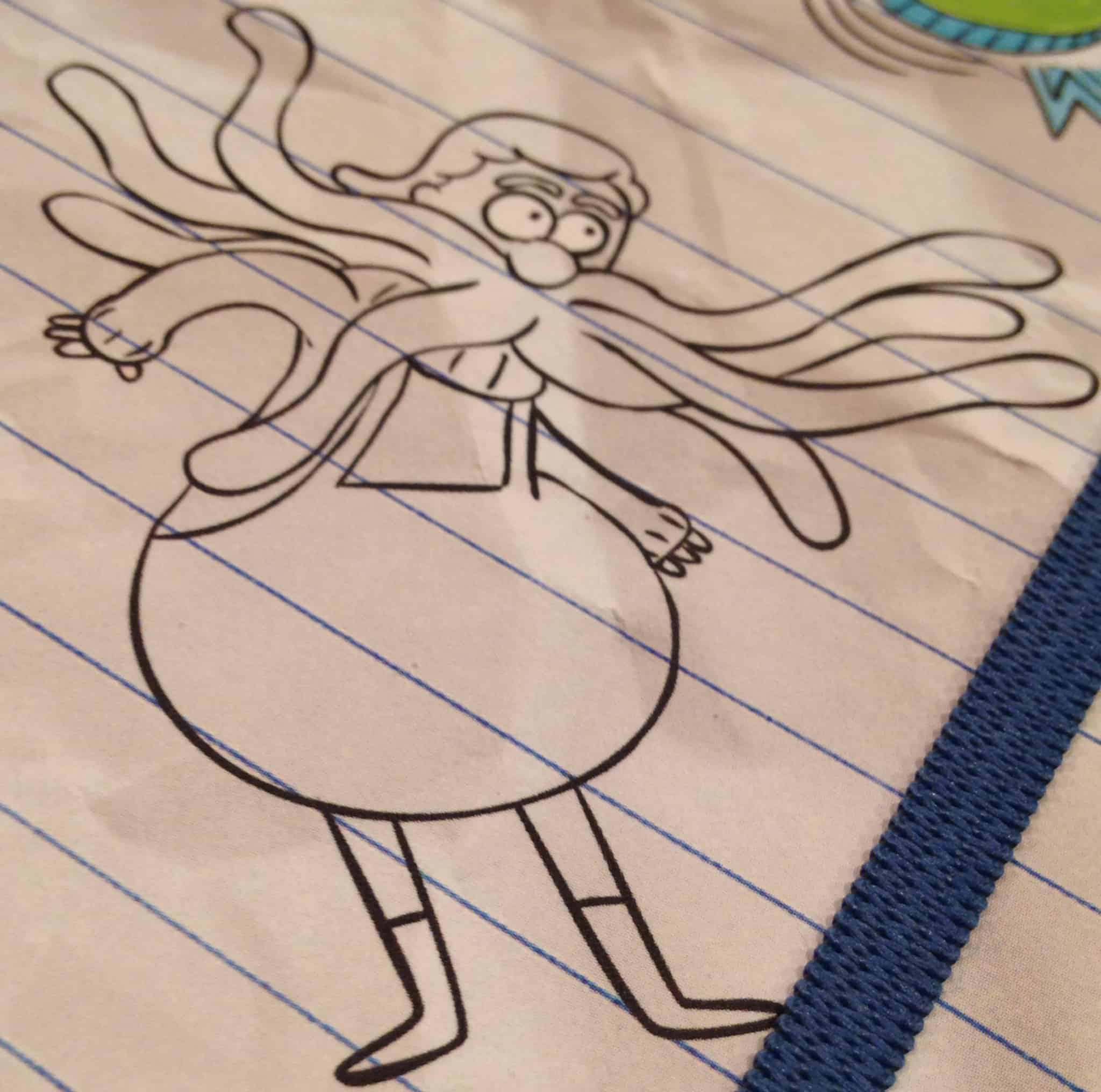 In the premiere episode we get a look at some of the fun animated characters that Kirby has created.  When I talked to the cast I asked them if they had a favorite Kirby Buckets animated character.  They all giggled and it seems that Macho Taco and Octostache are among the favorites.  I’m excited to watch the rest of the season and see more of all Kirby’s animated creations. 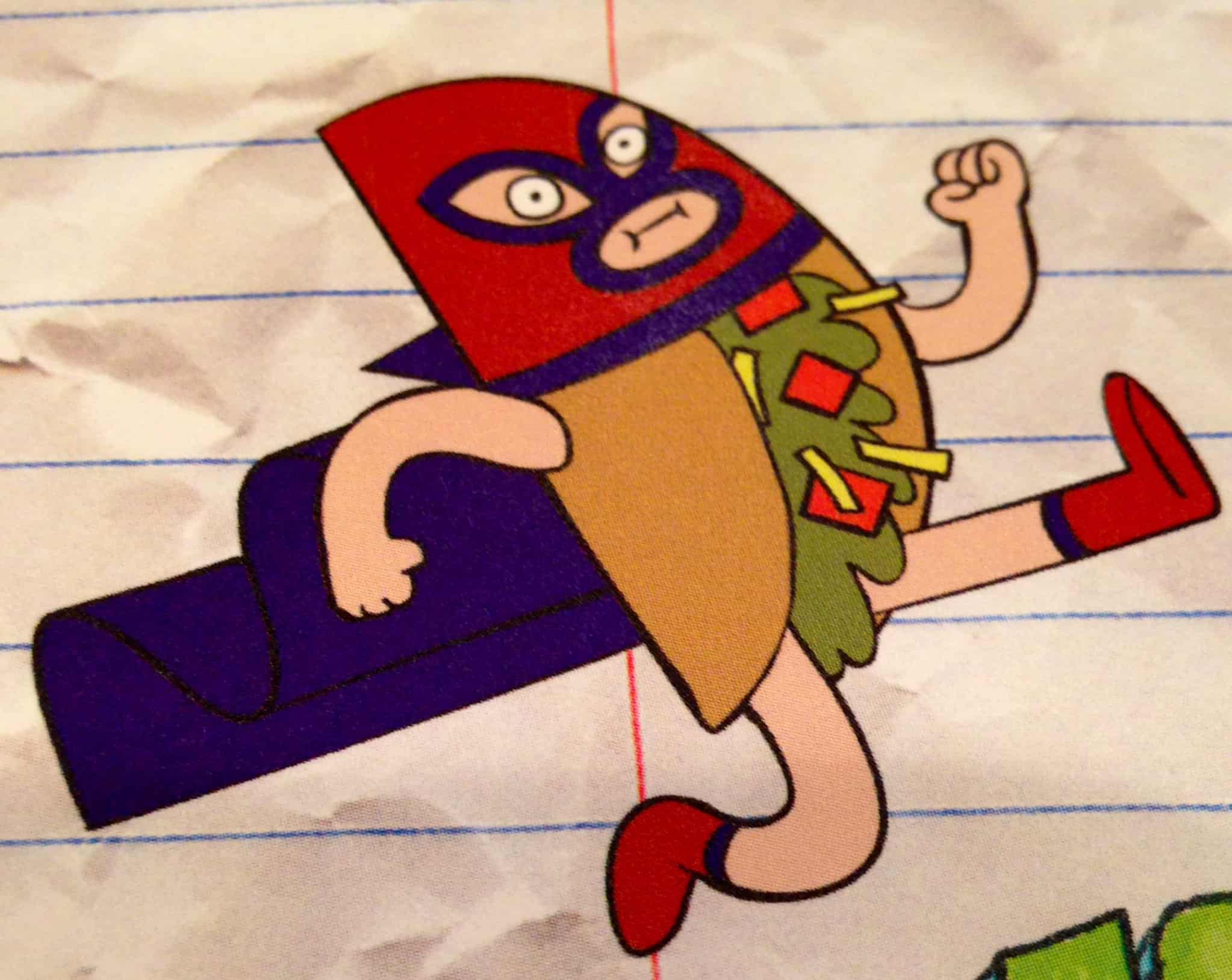 I totally sound like a mom saying this, but I love that this show is focused on a BOY who loves to draw and create characters.  He dreams about being an animator.  I think this is refreshing.  I thought “Kirby Buckets” was fun to watch. My 4 year old watched it with me and she loved it too.  It is a great show for the whole family.  Since I am a big Walt Disney fan I also like that maybe this could be a nod to Walt himself who as a boy always wanted to be an animator?

You can visit DisneyXD.com to play “Kirby Buckets: Scrawl and Brawl”, in which players create their own character to battle enemies and complete quests while drawing items to help them through each level of the game.

“Kirby Buckets” premieres on Disney XD Monday, October 20 at 8pm.  You can watch NOW though on WATCH Disney XD app for smartphones and tablets and also on WATCHDisneyXD.com.