My First Chicago Marathon (not my first marathon) 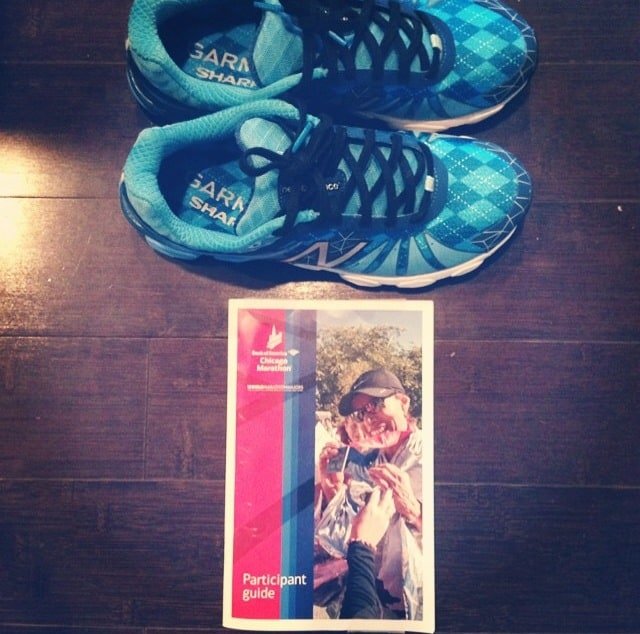 I heard a Chicago Marathon slogan, “Every Mile Is Magnificent” and I can’t argue with that.  I had an AMAZING experience running the Chicago Marathon.  I ran into a few issues, but much like childbirth, the painful memories are becoming distant and I’m already ready to do it again. 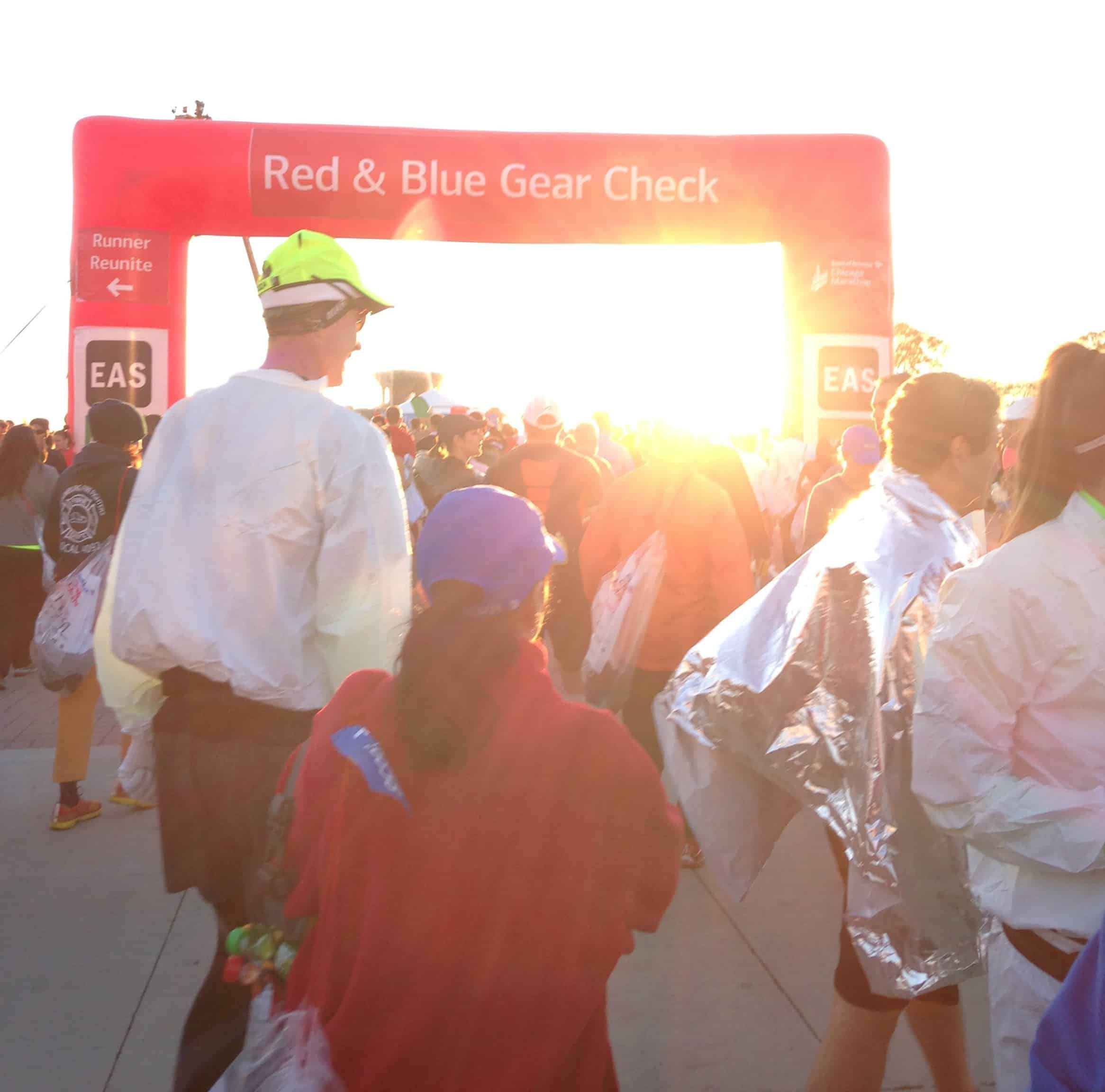 The weather was perfect, a crisp 50 degrees with the sun out.  There were approximately 50,000 runners.  It took a little bit of time to get bags searched and into the secure area, but luckily I had allowed for extra time to get to my starting corral. 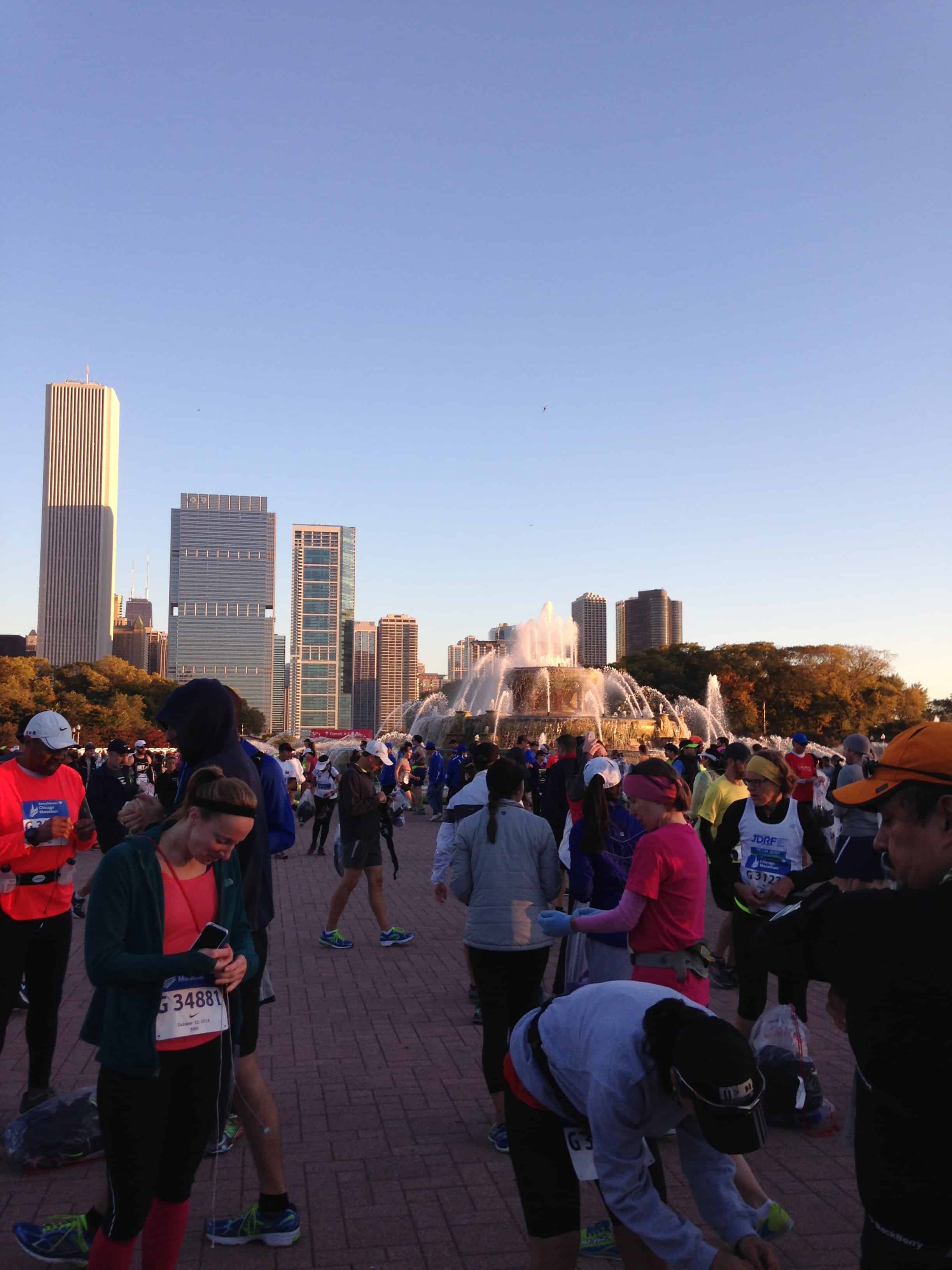 I wanted to share this picture because I’m obsessed with the red building.  I don’t know what the name of it is, but I think it is awesome for some odd reason. 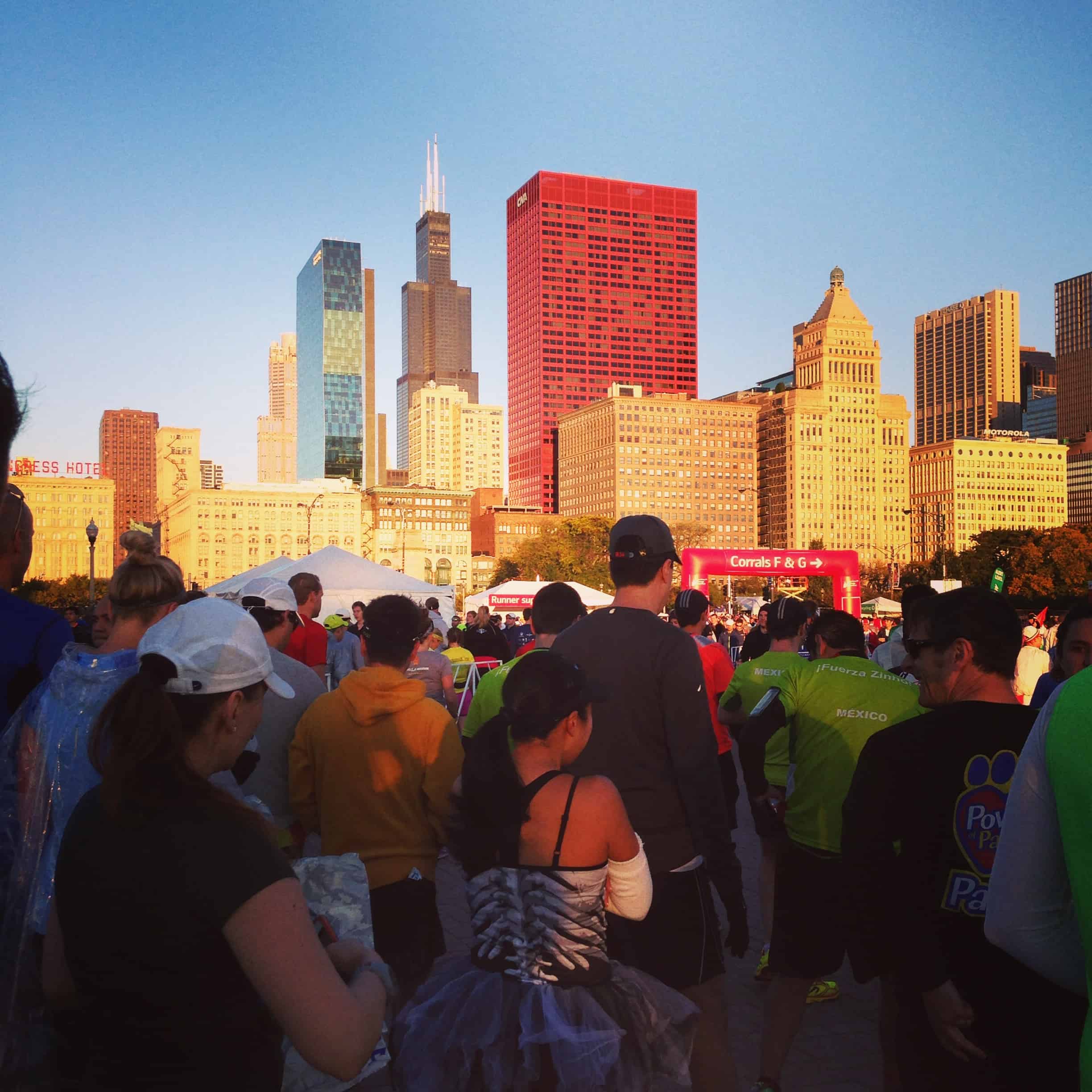 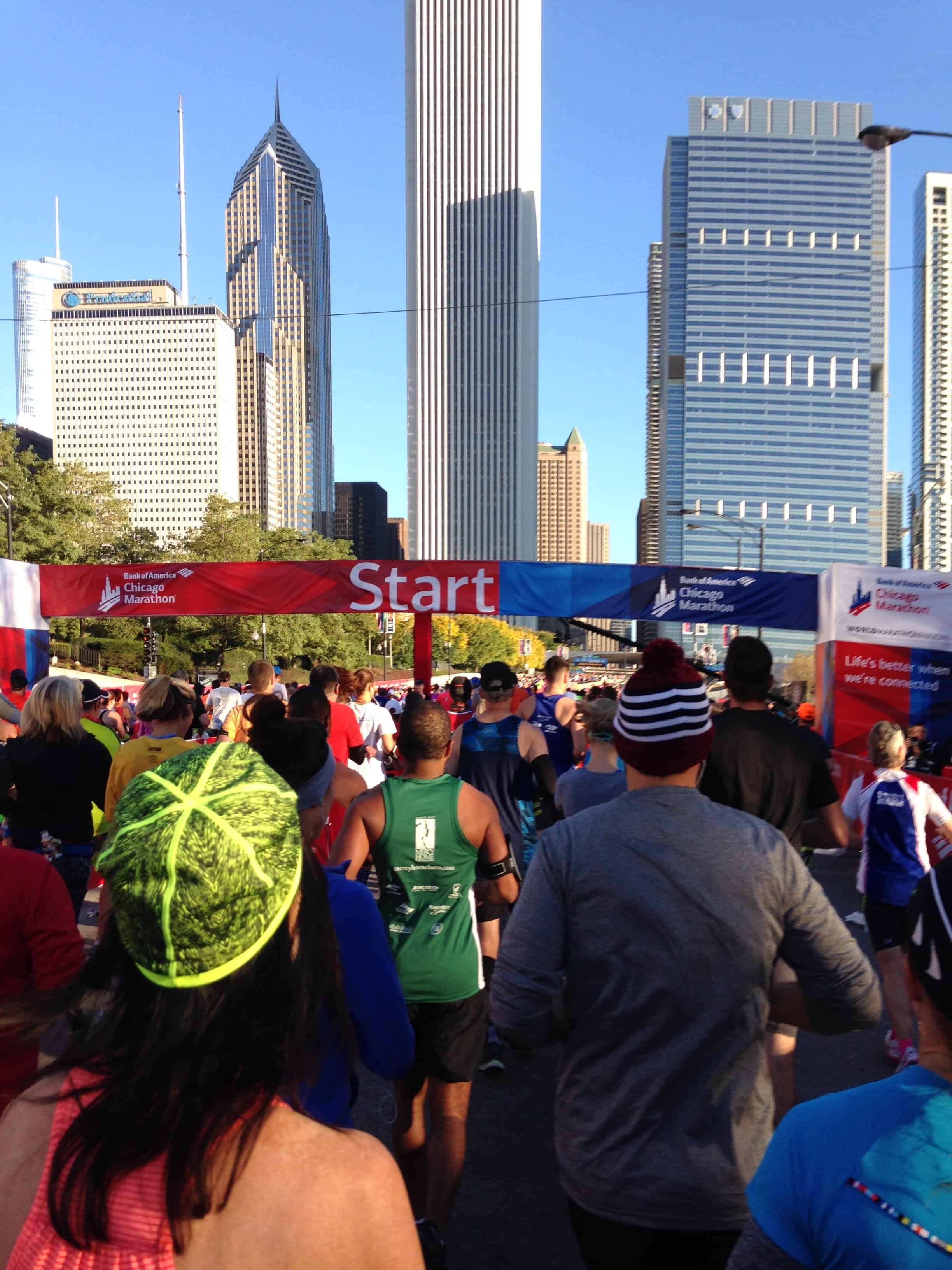 I am not exaggerating when I say there were spectators cheering us on the whole entire way…all 26.2 magnificent miles.  It was the most amazing thing I have ever seen.  The sidewalks were lined with people cheering on perfect strangers.  I actually got choked up at one point because it was THAT amazing.  I don’t know all the different names of the neighborhoods in Chicago, but we ran through all of them. 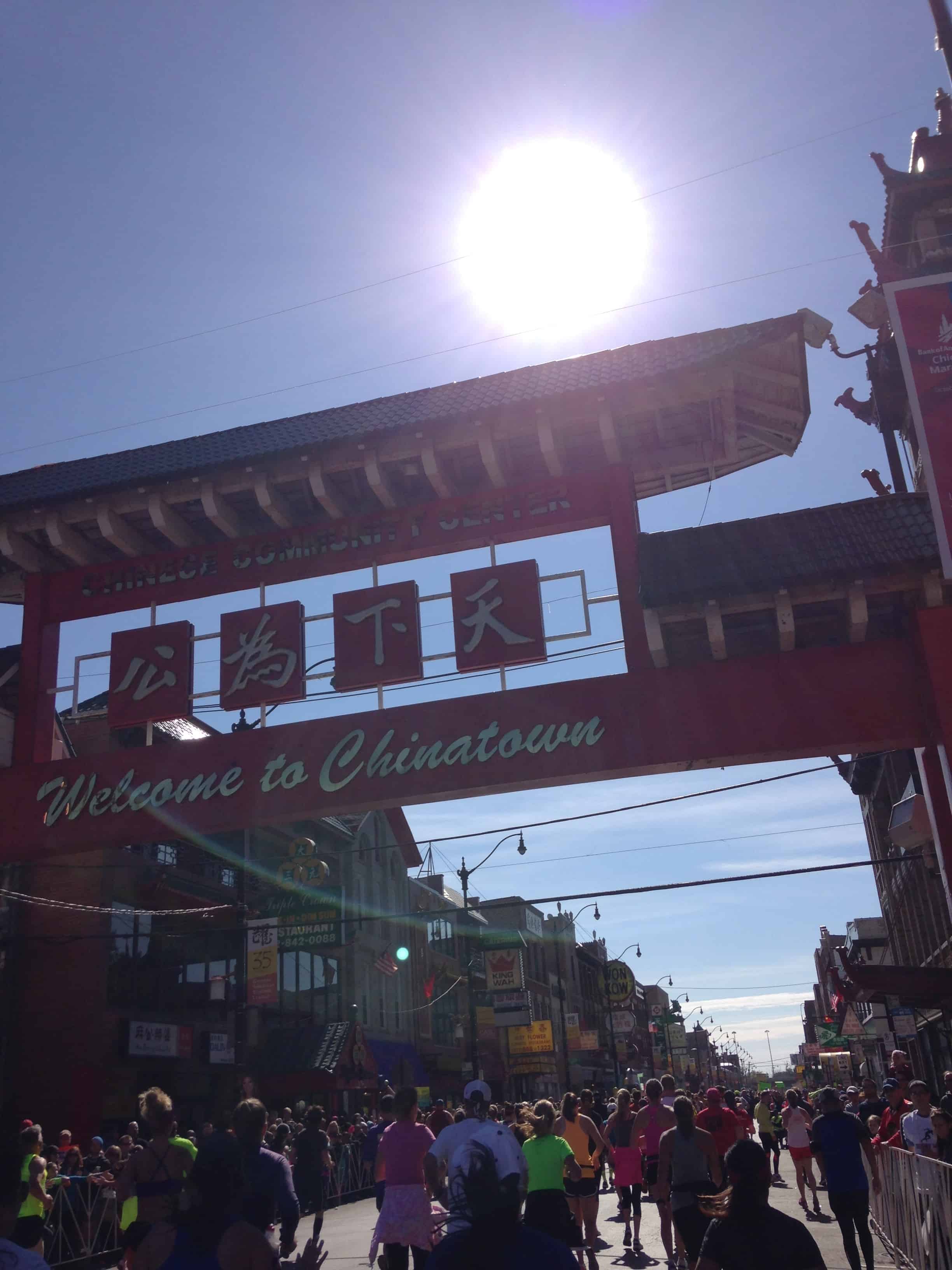 Seeing Willis (Sears) Tower in the distance was awesome. 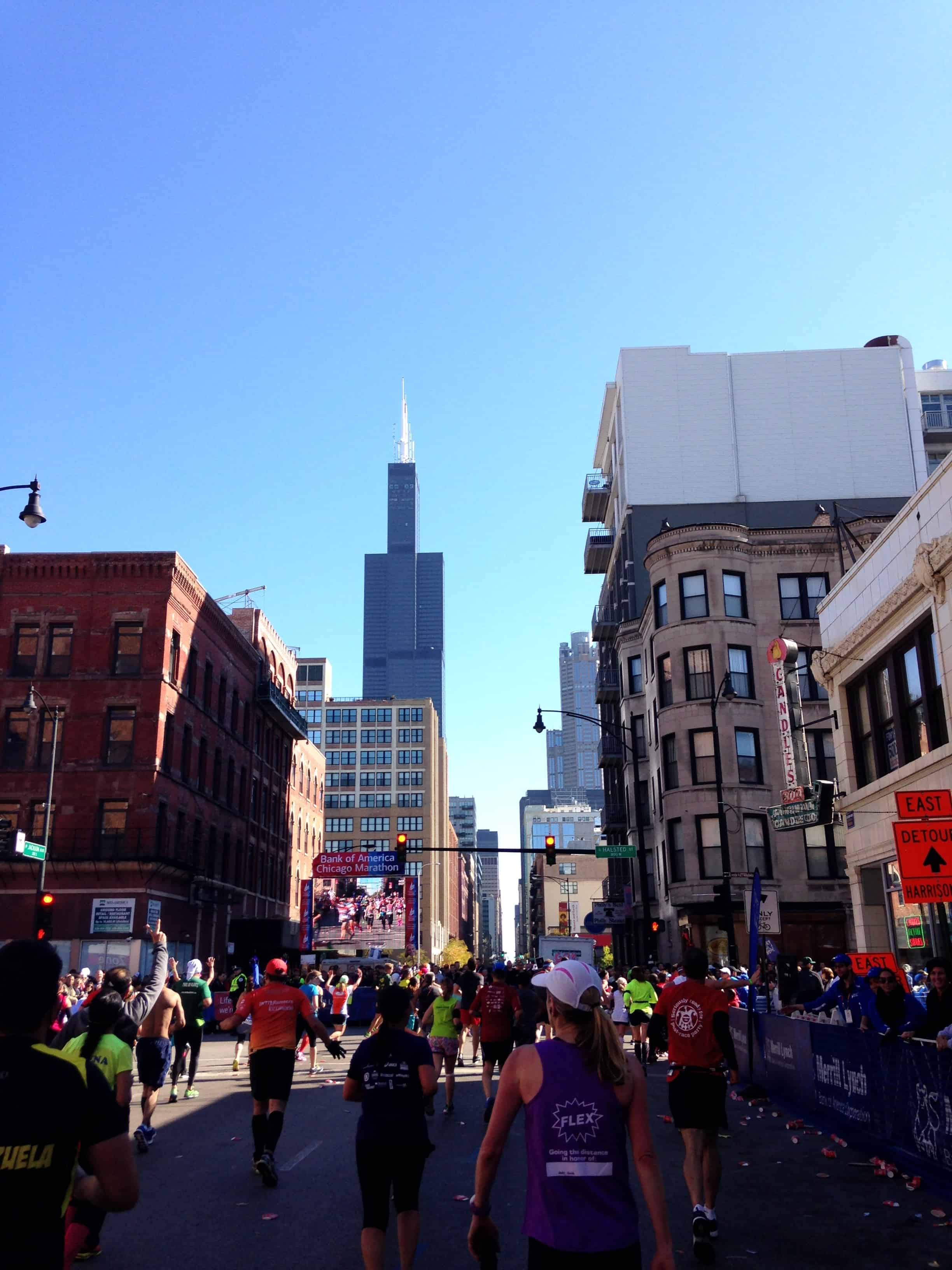 I ran a great first half with a time of 2:13, right around the pace I had planned.  I mentally was aiming for a 4:45 finish.  After I passed the half is when things started happening.  My earbuds quit on me at mile 14.  They were dead, would not work, no sound except occasional static.  Bummer since I had 12.2 more miles to go and the last half of a marathon I like sing to myself to quiet the voices reminding me that my feet, ankles, and knees are starting to get sore.  I was having back issues from a surgery I had 3 years ago that has caused some scar tissue.  Around mile 17 it started to spasm and I felt like I was running a little hunched over from it.  As a result my right hip started hurting probably from compensating for my back pain on my left side.  Around mile 19 is when I usually start thinking how I “WILL NEVER DO THIS AGAIN.” 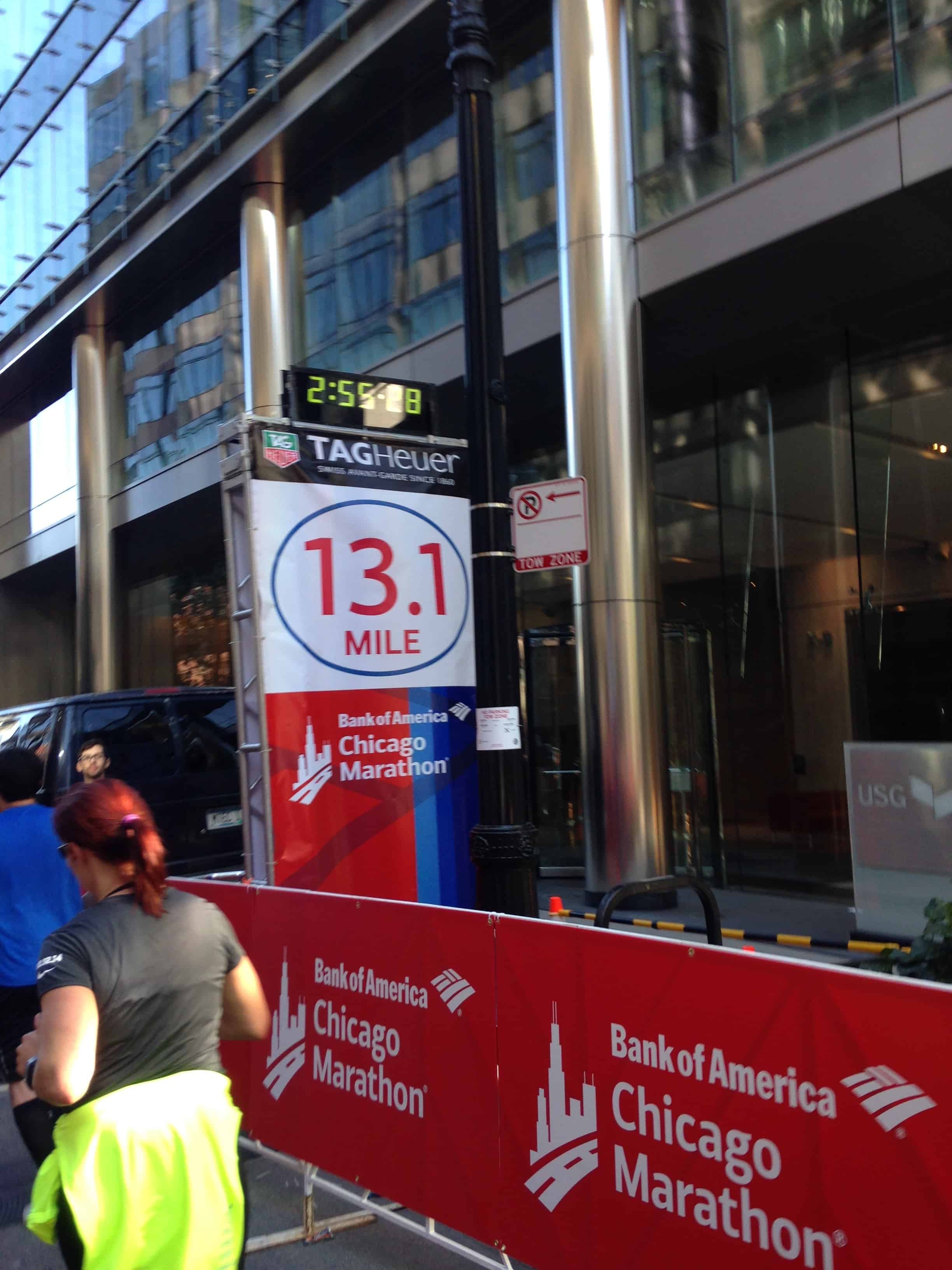 After mile 22 though I got a little bit of a second wind and brought it in to the finish.  At the finish we were given our medal. 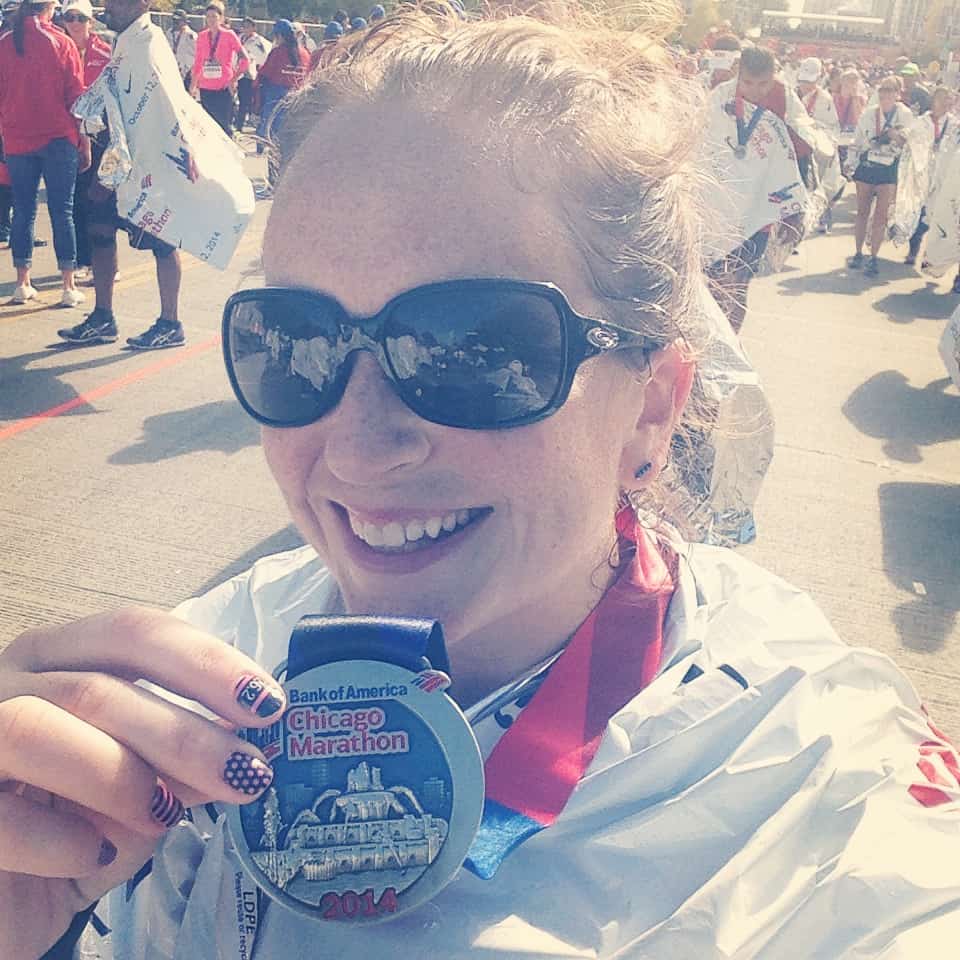 Not long after that we were given a beer.  I’m not sure if it was that I had just ran 26.2 miles or if it was actually super awesome beer, but that was THE BEST BEER EVER! 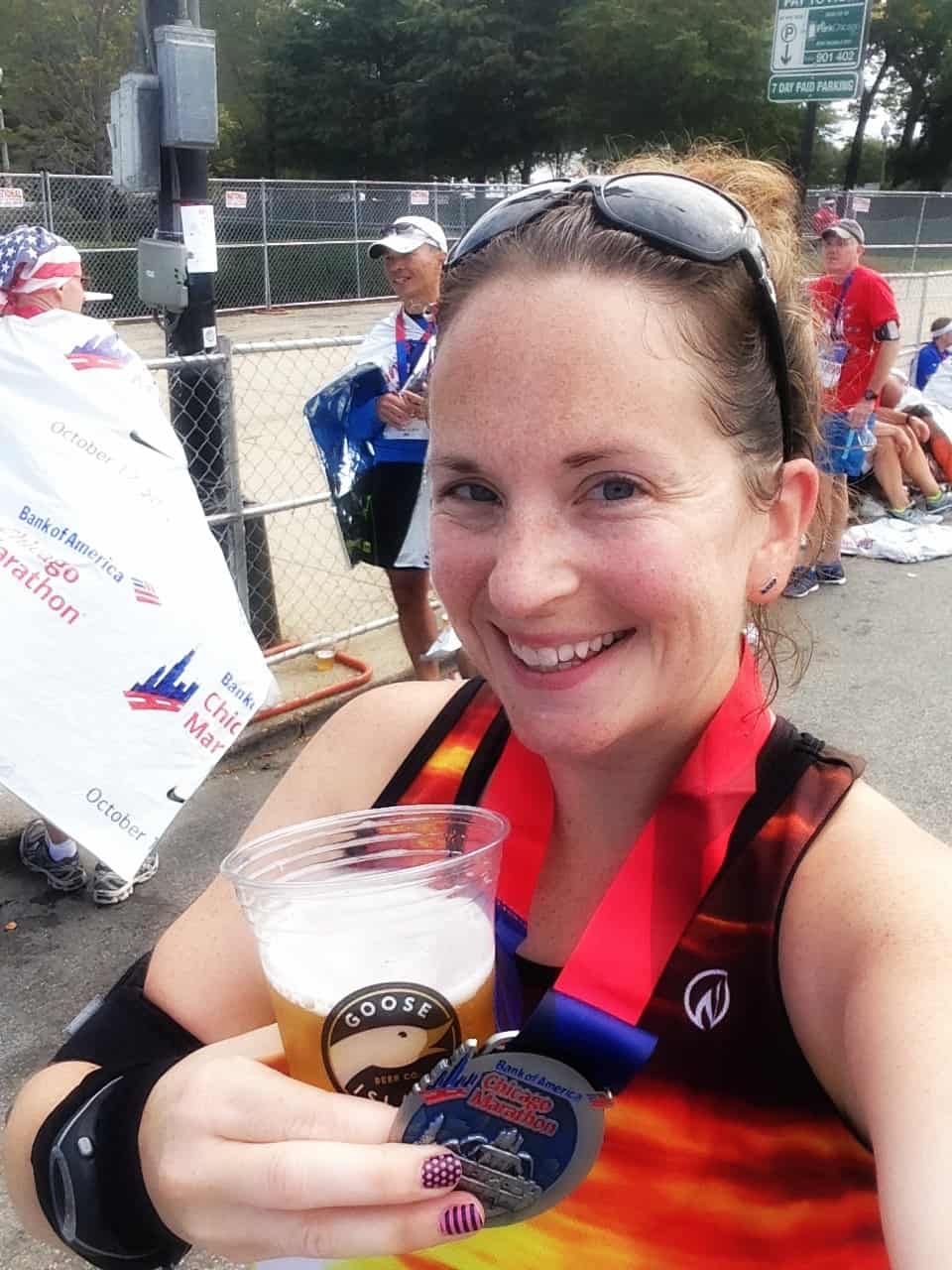 I had an amazing time.  I would run the Chicago Marathon again in a heartbeat.  I highly recommend this race to anyone thinking of running it.

P.S. Does this fountain make anyone else sing the theme song from “Married With Children”? 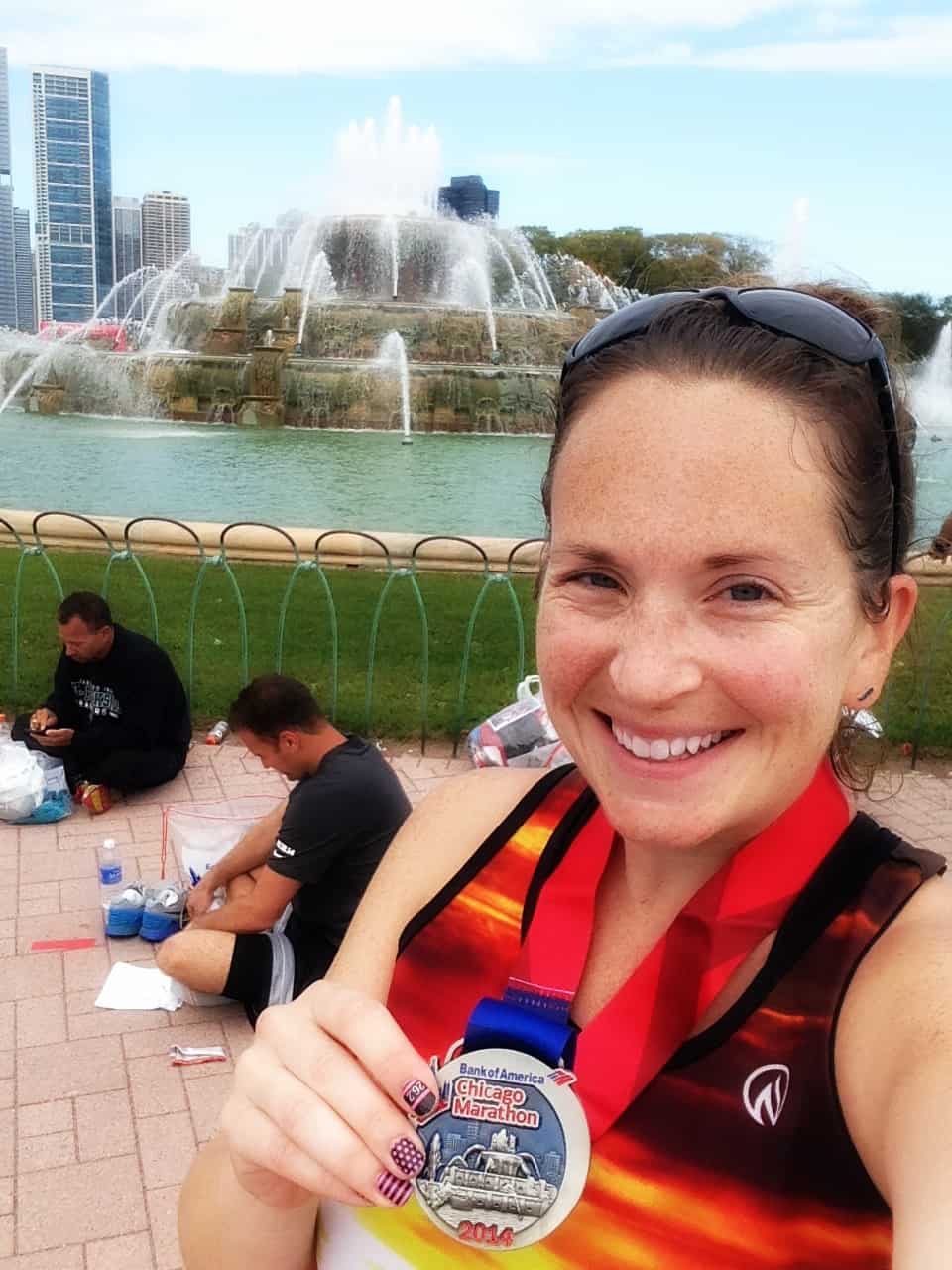 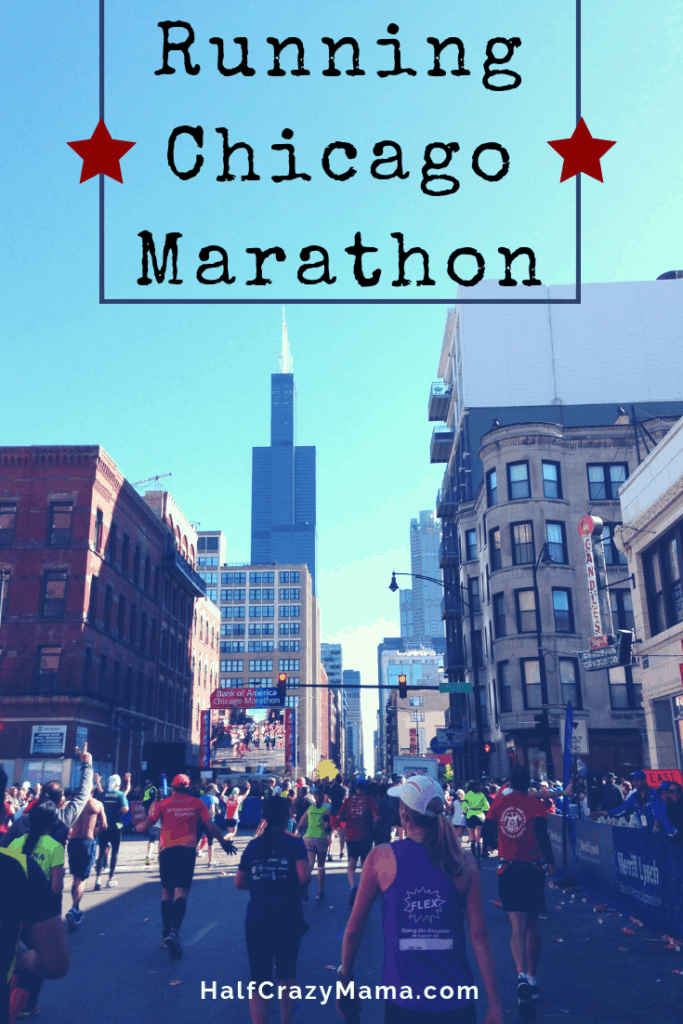