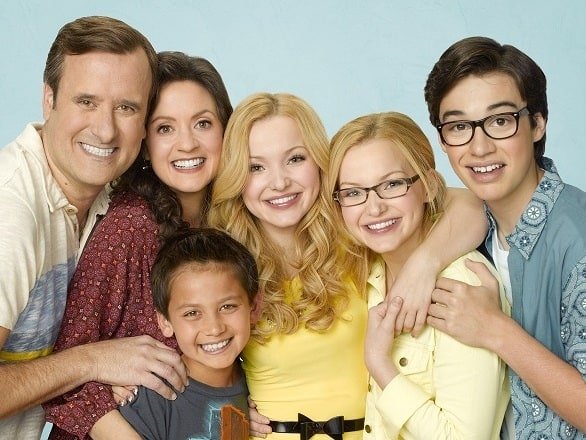 My daughter, who is 4 going on 14, has began to LOVE “people” shows, a.k.a sitcom’s.  I couldn’t be happier!  We finally have a happy medium of shows that we can both watch and enjoy.  One of our favorite’s is the hit Disney Channel “Liv and Maddie”.  A sitcom that revolves around the Rooney family.  Each member of the family brings a little something different.  I love the mom, Karen Rooney.  She is cooky, but let’s face it, we are all a little cooky once we become a mom right?  The show is funny and entertaining and I can feel good about watching it with my daughter.  There are not a lot of family sitcoms that I can say that about. 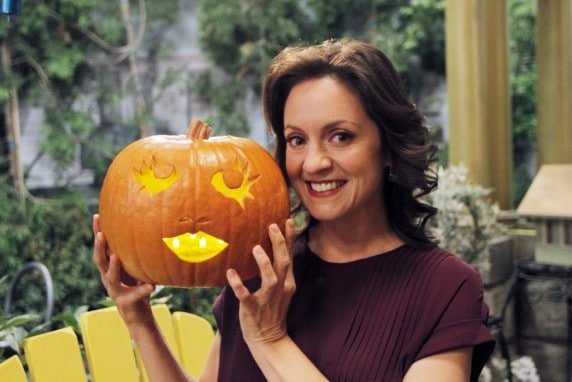 Kali Rocha plays the mom, Karen Rooney, on “Liv and Maddie”.  Some of you old school “Grey’s Anatomy” fans might remember her as Dr. Sydney the overly happy hugger doctor who took the place of Bailey when she was on maternity leave.  Yep!  That is her!  I recently had the pleasure of visiting the set of “Liv and Maddie” and got to chat with Kali.  Season 2 of “Live and Maddie” premieres Sunday, September 21st.  This season we are in store for a lot more fun, yet awkward, situations from the Rooney family. Kali actually even wrote an episode for the season.

Hearing Kali talk about how much fun it is on set and how well everyone gets along makes me wish I had coworkers that would make me laugh all the time.  I know, I work for myself, which is great, but I guess that is why I have a 4 year old. She laughs at me plenty. 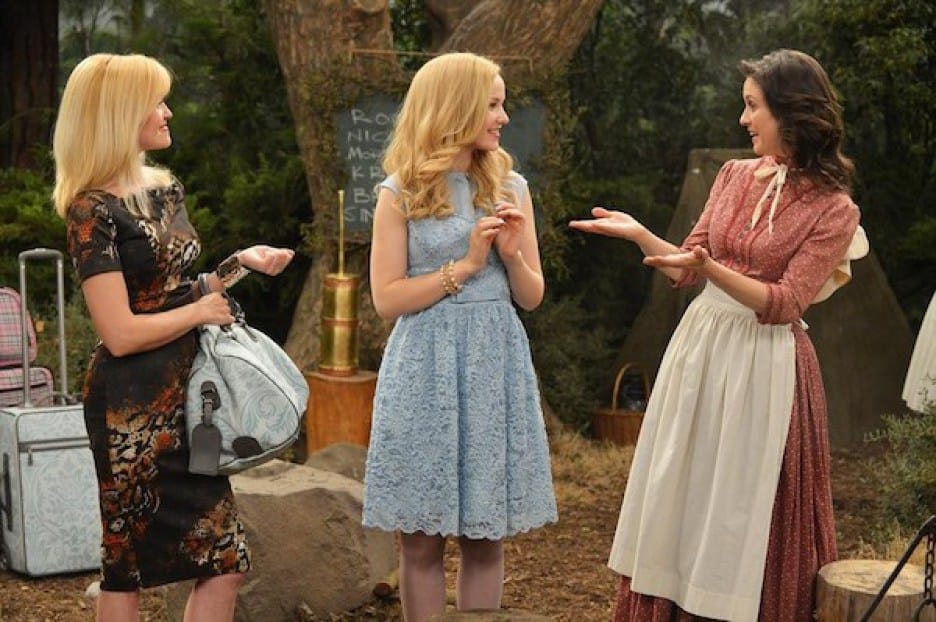 I asked Kali, out of curiosity, what her favorite episode has been of “Liv and Maddie”.  Her answer was that she really liked filming Moms-A-Rooney.  The episode takes place with a mother daughter pioneer weekend.  Kali said the clothes were really fun to wear.  I have to concur that I think that would be pretty fun too.  The episode is hilarious. My daughter and I just caught it recently on a rerun. I won’t tell you the ending, but a little hint, always carry a credit card.  Now you have to go watch it 🙂

Here is a clip from Moms-A-Rooney

Kali is a mother of two, a 6 year old son and a daughter who is 3.  That alone sounds like a full time job to me.  I talked to her about whether it is hard to work and find that balance.  She is able to bring her kids to set.  This would be the best “bring your child to work day” job ever! I would’ve been the happiest kid in the world if my parents could’ve taken me to the set of a Disney Channel show. Seriously awesome.  Being on a Disney Channel show came at a perfect time for Kali and having the ability to bring her young children to work, knowing what they are seeing is ok for them to watch.

The show the Kali wrote doesn’t have a set air date yet, but after seeing how hilarious she is in real life I bet that episode will be side splitting.  She cracked me up the whole time we talked.

The “Liv and Maddie” season 2 premiere is titled “Premiere-A-Rooney”.  The Rooney’s are getting ready to compete against each other in the Wisconsin Cheddar-Brat Fest (just that alone sounds hilarious). Liv’s premiere of “Space Werewolves” is on the same night. I can’t wait see what the family does with all this going on in one episode.  I will be tuning in Sunday, September 21st to see what happens.

I also got to chat with Benjamin King, who plays dad Pete Rooney.  I learned about a cause near and dear to his heart and I think a lot of parents can benefit from what he had to share.