I was given free entry to run the Bolder BOULDER, but I was not paid for this post.  All opinions are always my own. 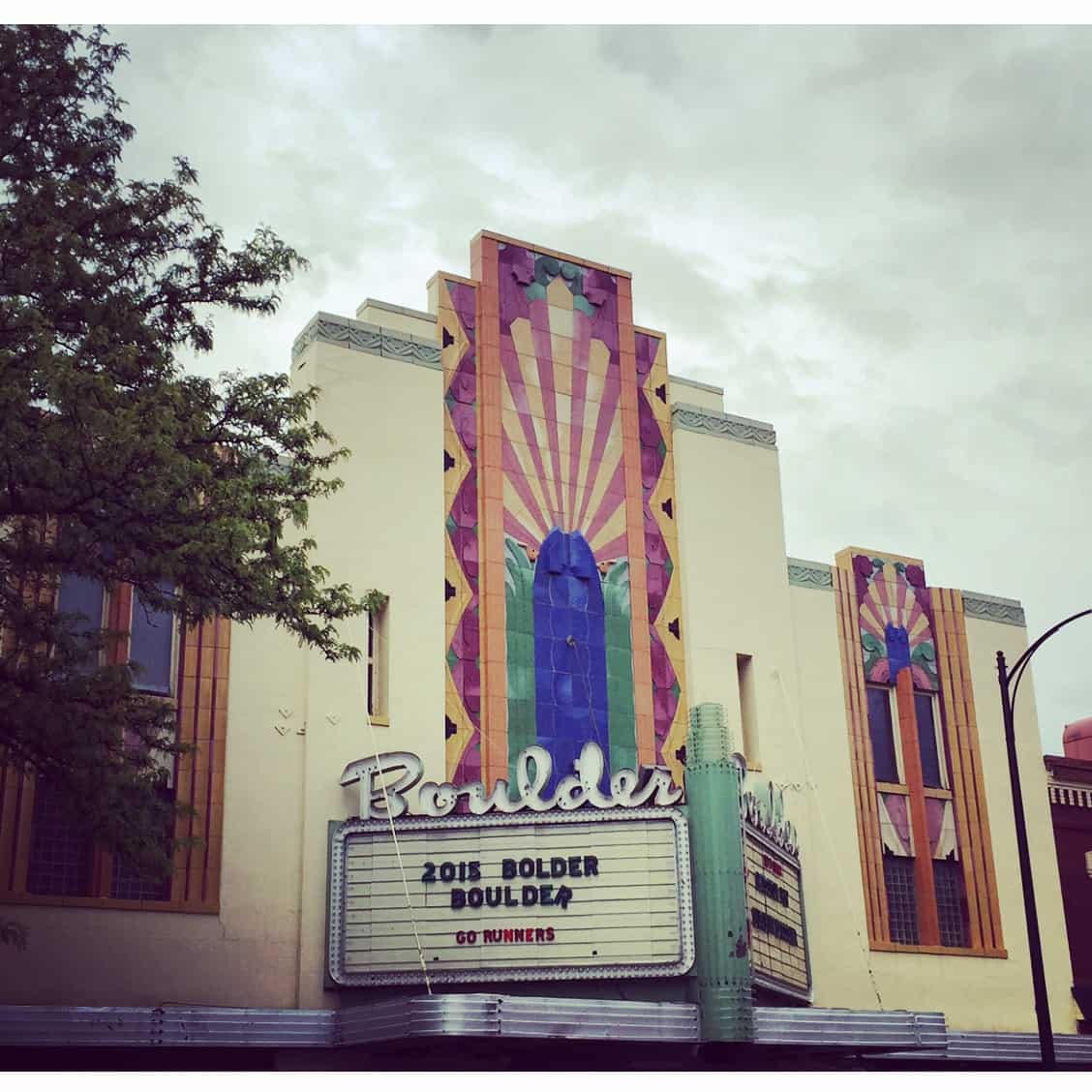 Prior to running the Bolder BOULDER 10k I had never been to Boulder, CO.  I had actually never been out of the Denver airport except one time for field hockey camp in high school and that was in Colorado Springs.  Boulder is beautiful.  Have you ever had a feeling when visiting somewhere that THAT was where you were suppose to go to college?  I had that feeling and it was a little weird. 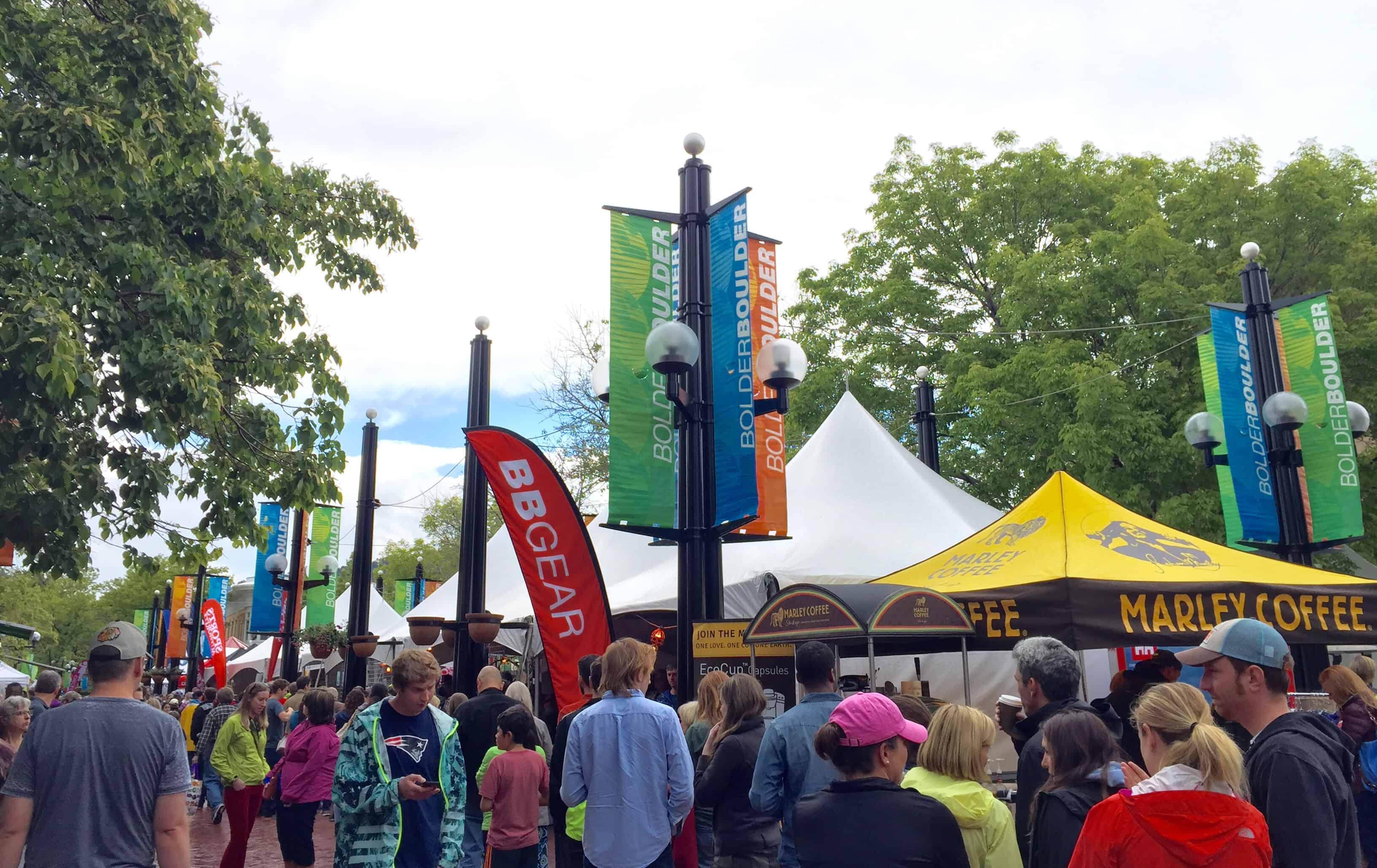 I flew in Sunday to Denver, got my rental car, and drove out to Boulder.  The “expo” is held on Pearl Street which is an outdoor mall.  It had a huge selection of vendors, not to mention all the other stores that are always there like Newton running, Patagonia, Free People, and much more. I checked into the Hampton Inn and Suites Boulder-North and enjoyed a quiet evening.  I woke up at 5:15am to head to the race. 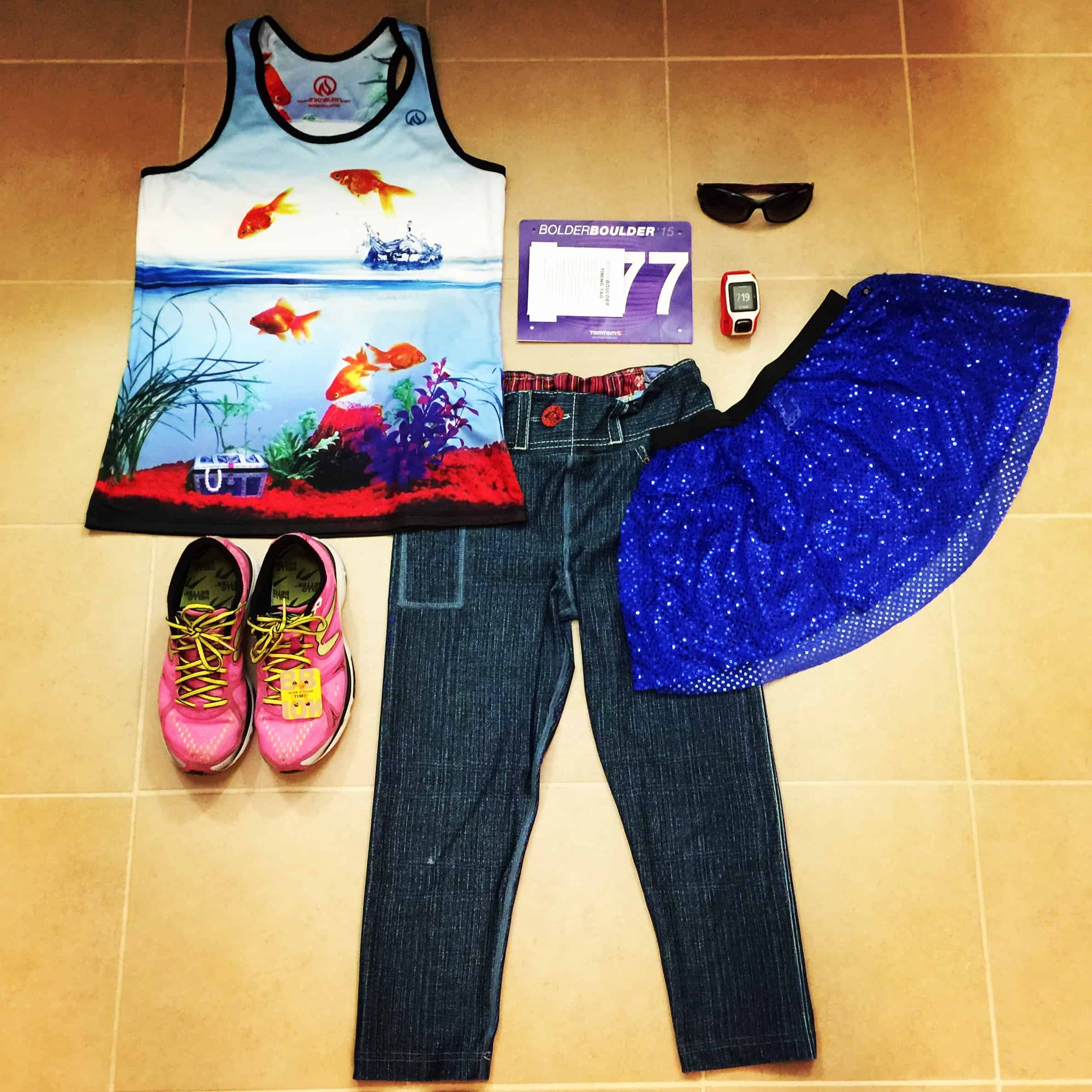 The Boulder BOLDER 10k is the 4th largest road race in the US.  It has 50,000 runners, but is managed VERY well.  There are numerous small waves that go off every minute.  The first set of waves are for time qualifiers.  They even have waves for walkers who want to enjoy the race.  The whole feeling of the Boulder BOLDER was organized, but with a laid back and calm vibe.  I had heard that some people dress up for this race and decided that since it had been raining in Colorado for like 20 days straight days I would go with a water theme. 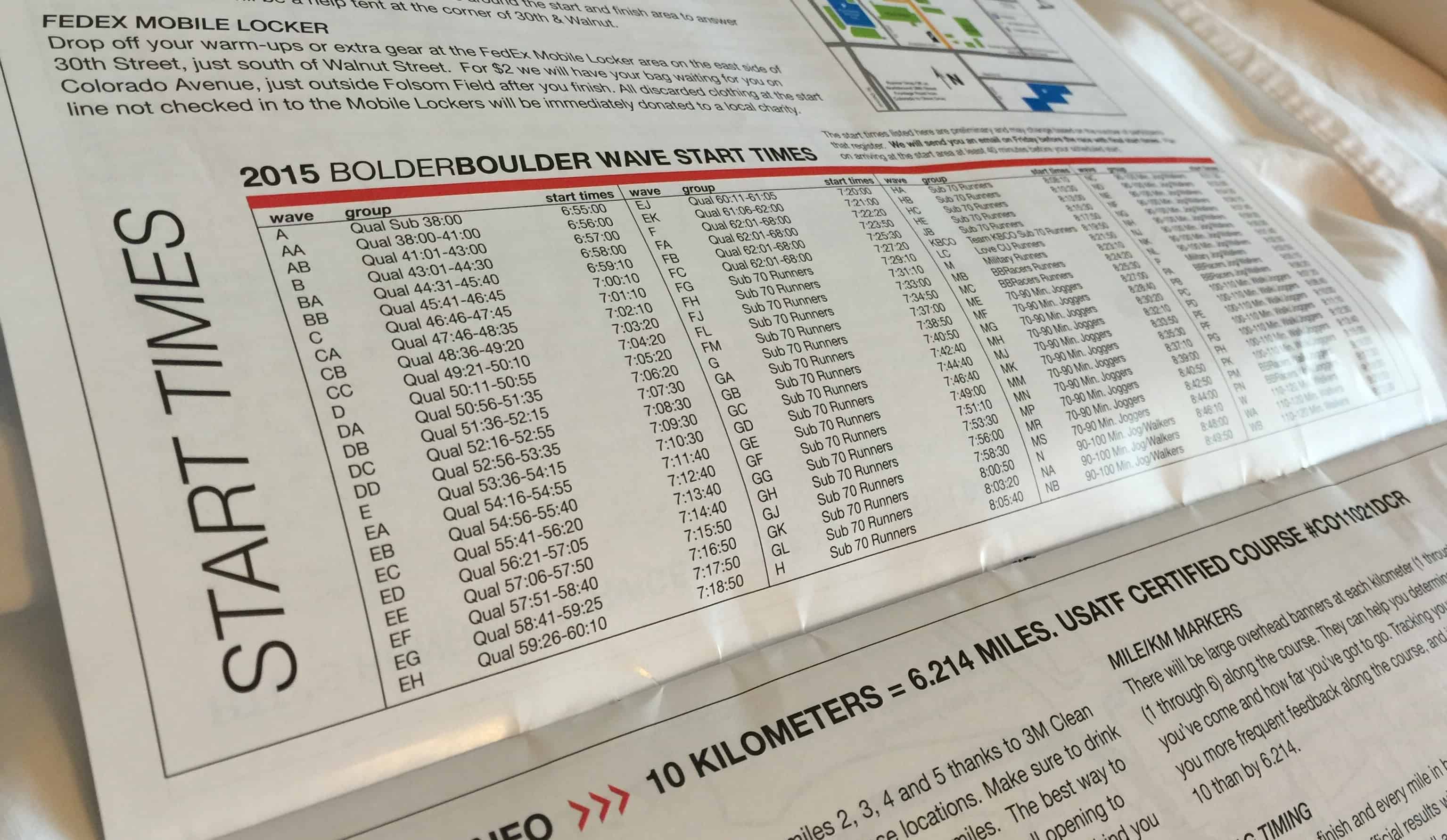 I was in wave EE.  There are awesome volunteer that hold ropes between the corrals and walk you up to the starting line. 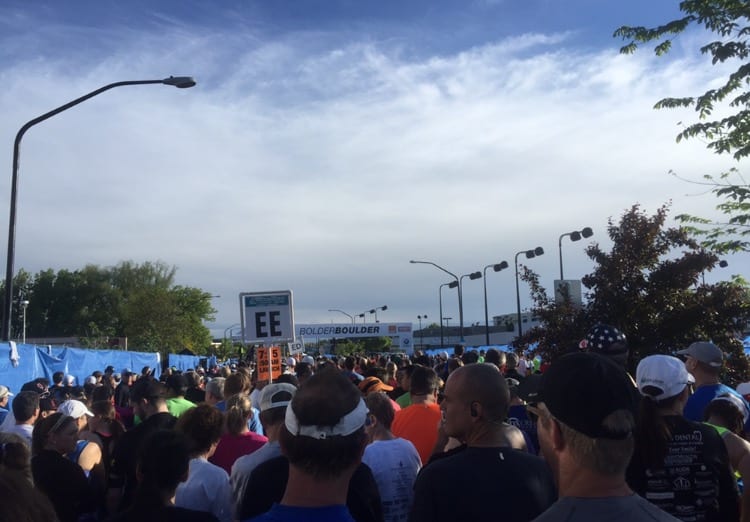 While the waves are only a minute apart I never felt like the course was overly crowded or congested. 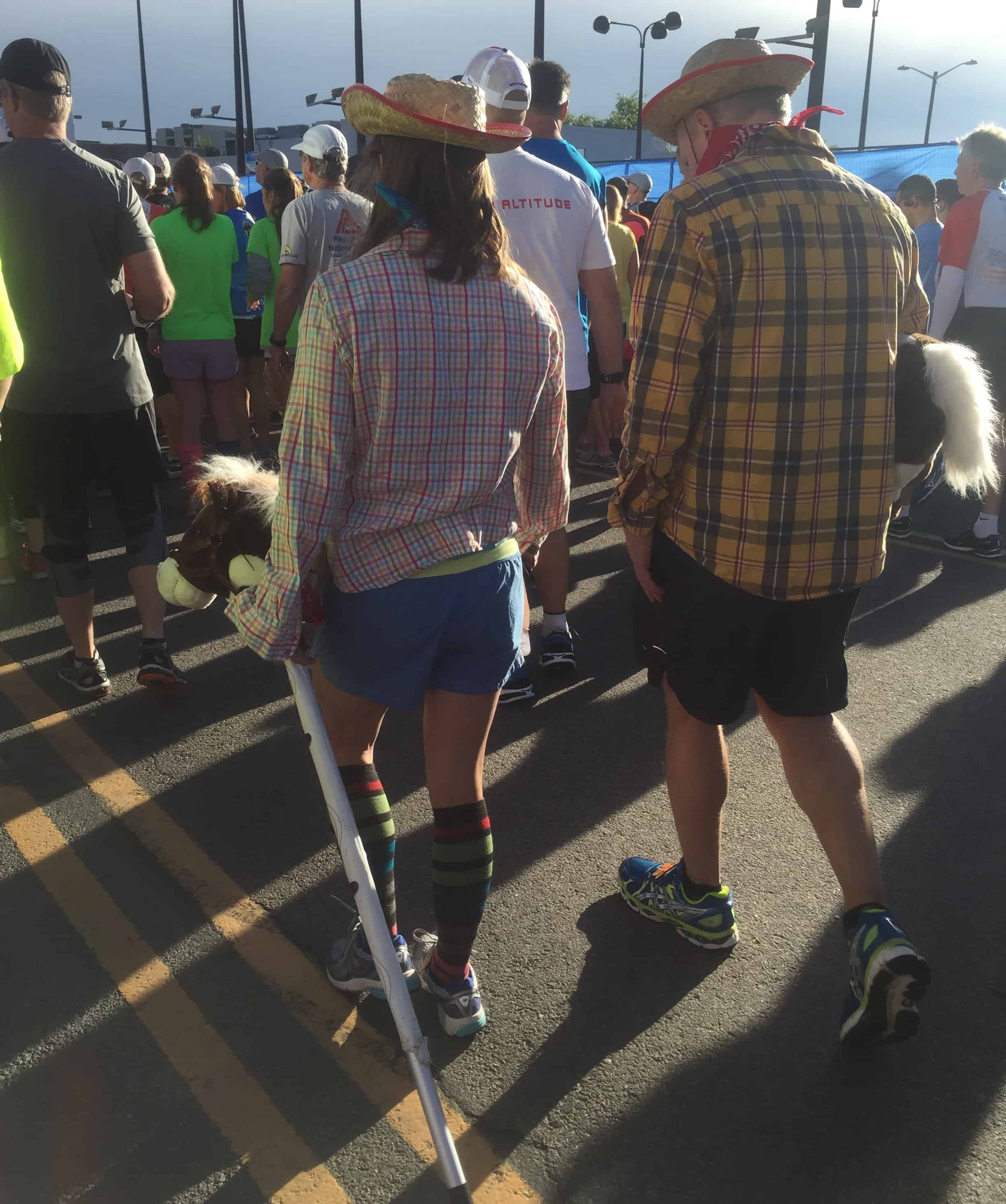 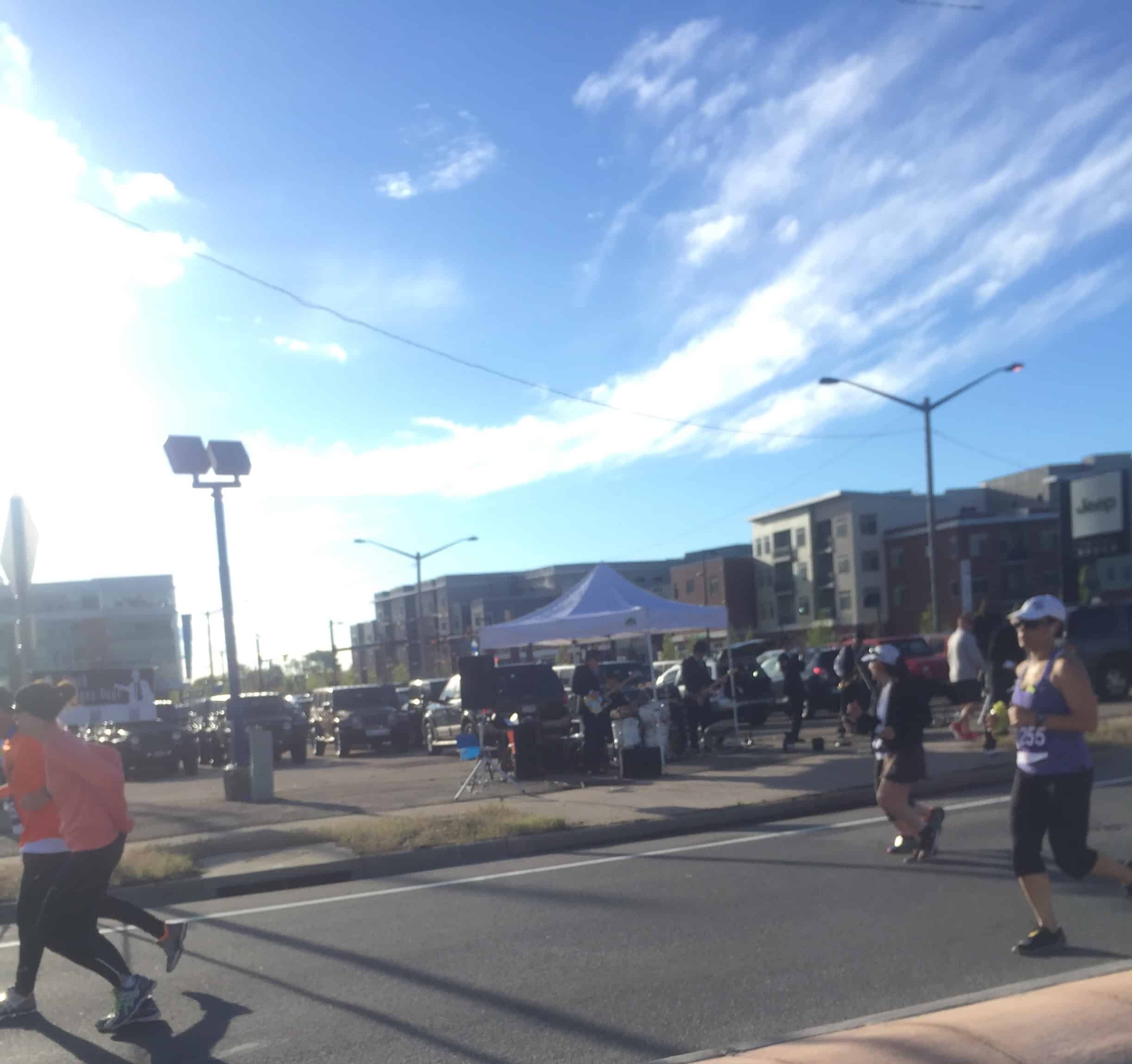 There were bands the whole way. 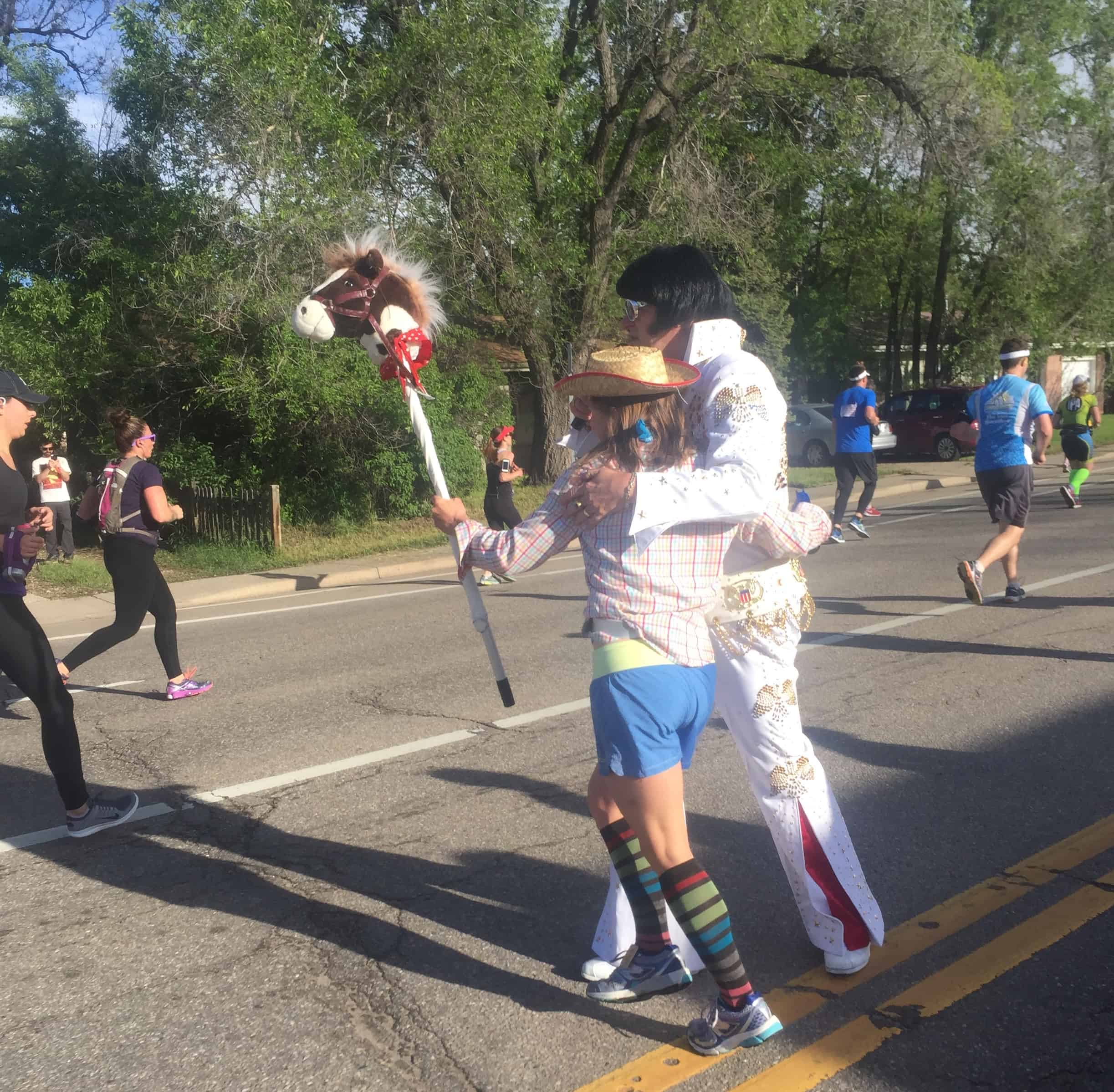 I even found Elvis! Apparently he lives and just hangs out at the Bolder BOULDER. 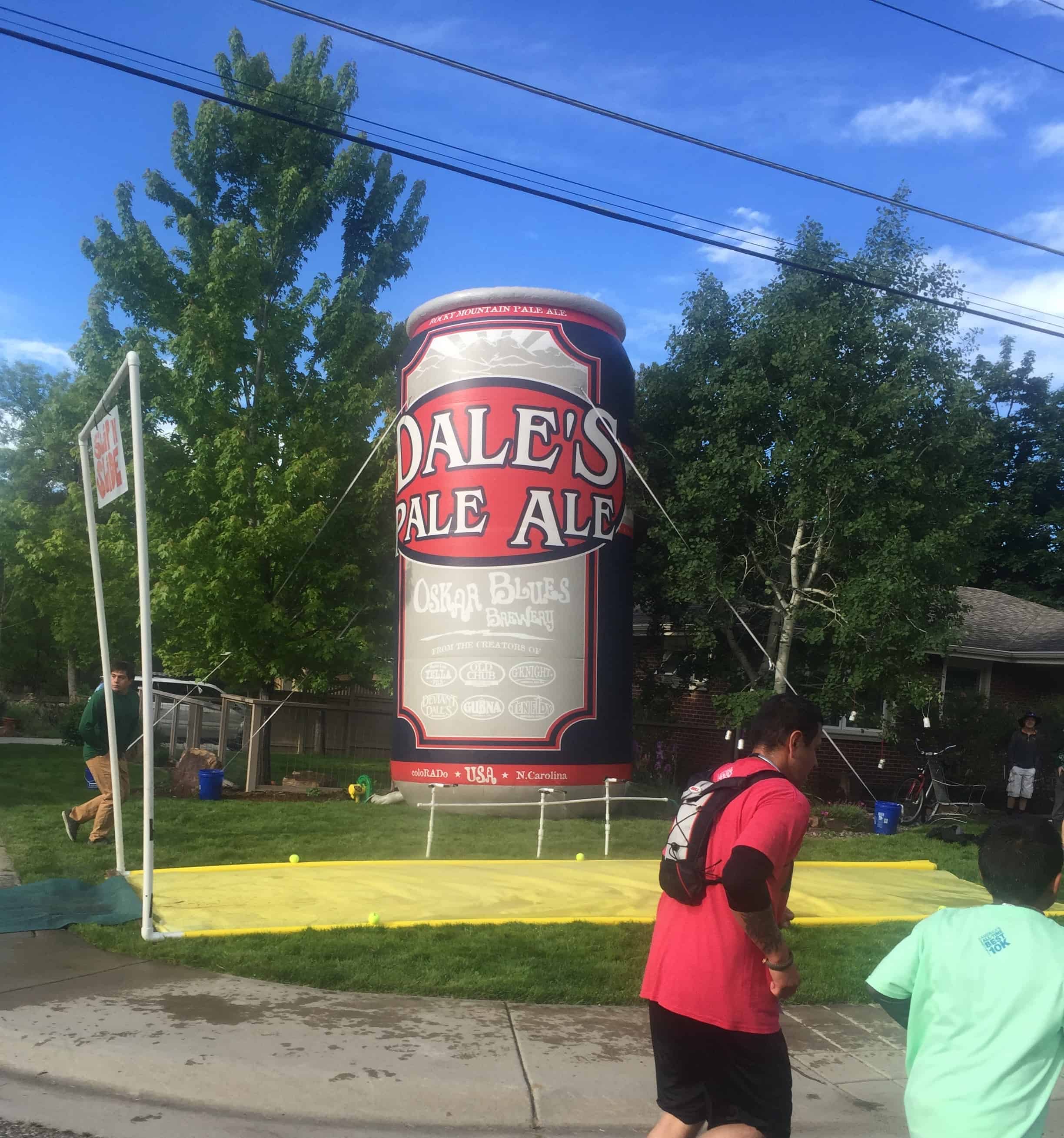 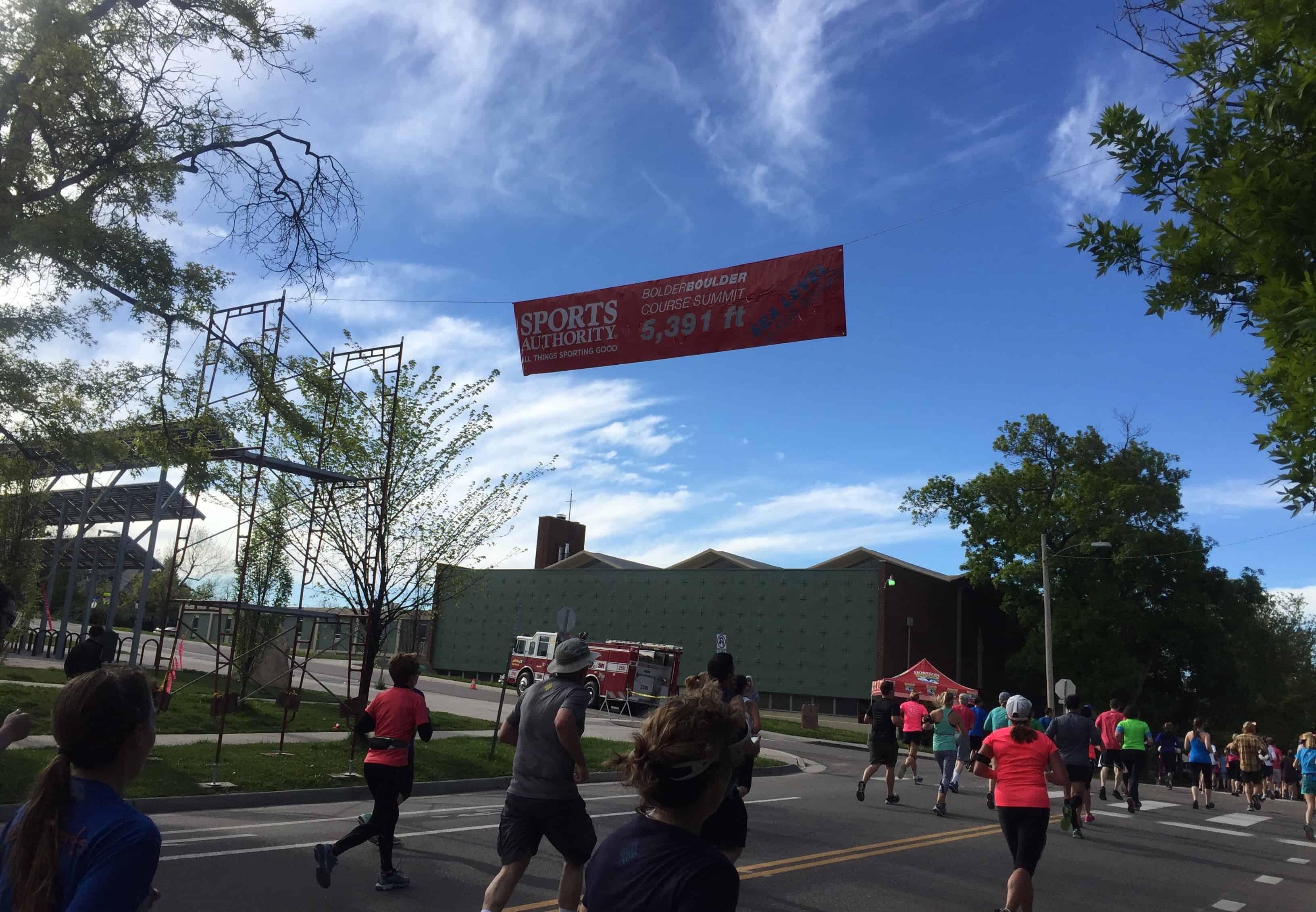 Living at sea level and running a race at a high altitude had me a little scared, but it wasn’t bad at all.  The summit of the course elevation is 5,391 ft which is pretty high.  I felt great though.  The weather was around 53 degrees and the sun was out.  It was gorgeous.  Perfect morning for a run.

The race finished at the huge stadium at University of Colorado Boulder.  It was pretty cool hearing cheers from the stands.  The Bolder BOULDER doesn’t have a medal, BUT you do get a beer at the end. 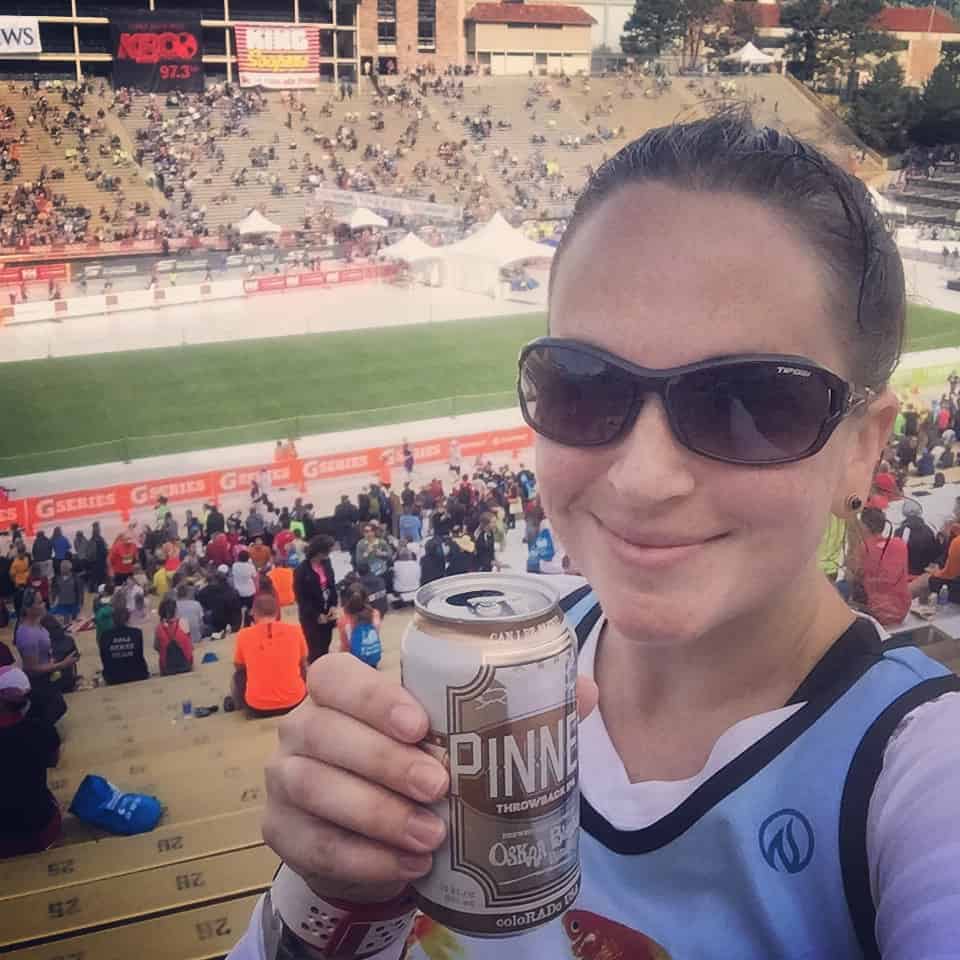 I had a really great time running the Bolder BOULDER and I understand why many people consider this race a classic.  It is nice that this is a race a whole family can participate in together. 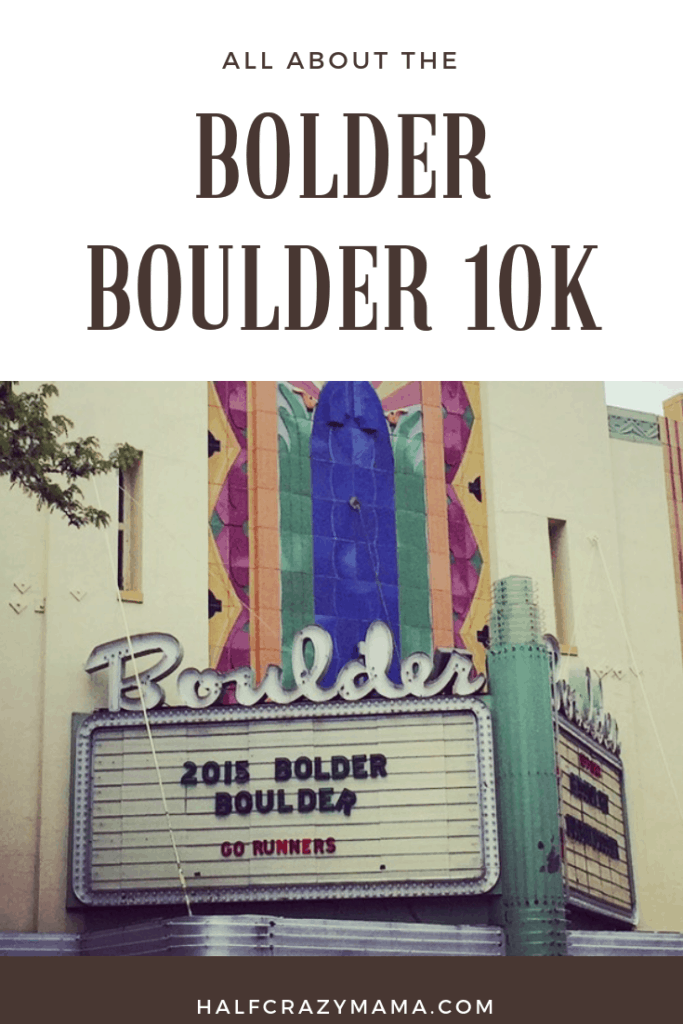