A Look Back At Past runDisney Walt Disney World Marathon Weekends 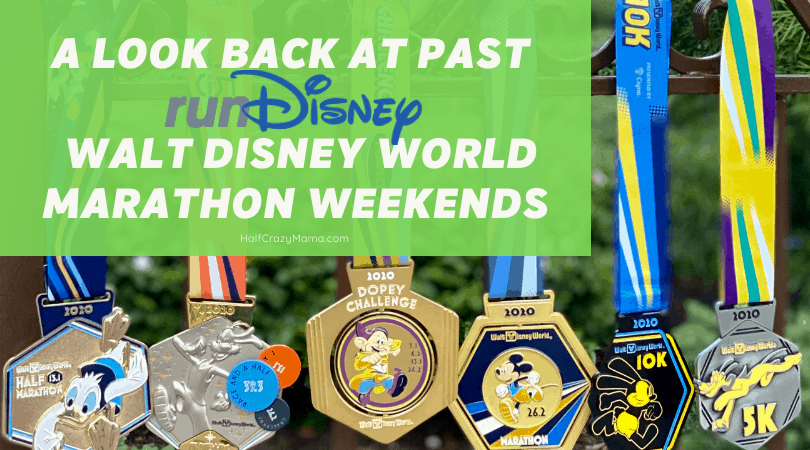 I thought as the annual runDisney Walt Disney World Marathon Weekend events kick off virtually for the first time I would put together a look back at past marathon weekends. I have loved starting my year off heading to Disney World to run these races for the past 10 years. I am missing it so much of it this year.

Because of the coronavirus pandemic, the Walt Disney World Marathon Weekend was canceled and offered virtually instead. This means that runners can choose to run the “races” at home. I had registered again for the Dopey Challenge. I have ran it every year since it’s inception. The runners who had already registered for the races were offered whether they wanted a refund or instead to run it virtually. I was told I could still maintain my “Perfect Dopey” status whether I chose to run it virtually or not. I personally felt like not running would mean to me I wasn’t perfect. So I will be running a 5k, 10k, half marathon and full marathon at home in 2021. 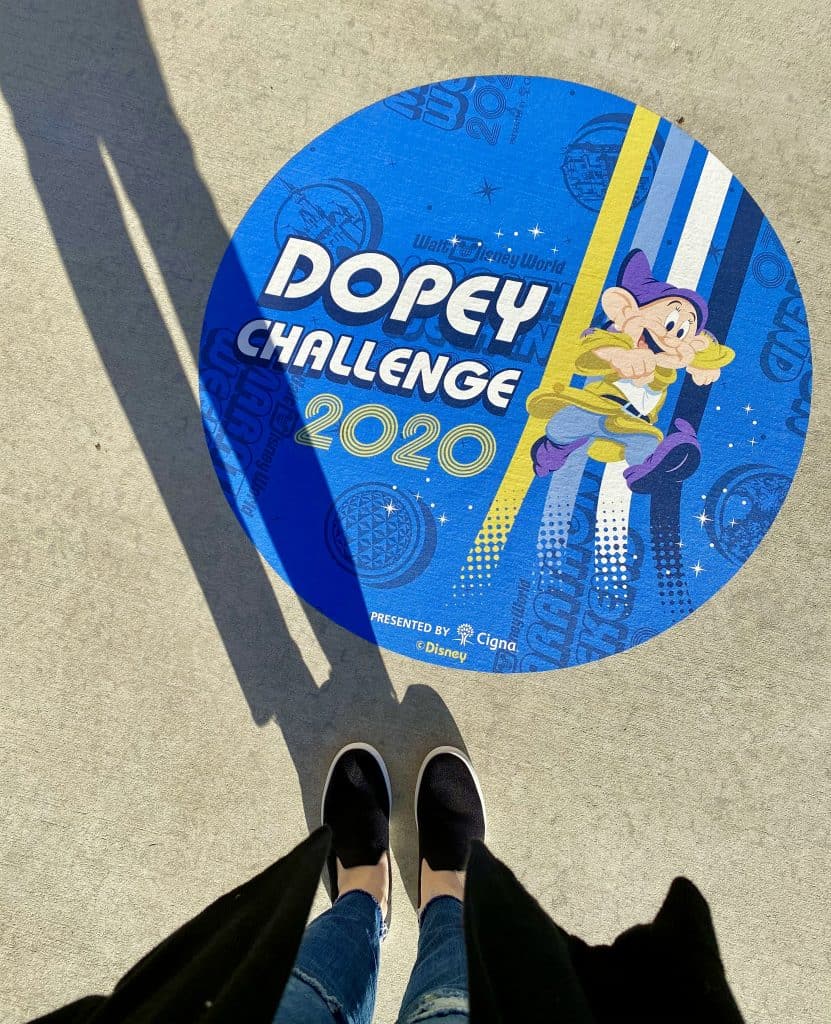 When was the first Walt Disney World Marathon?

When was the first Dopey Challenge?

Like I said, I have ran the Dopey Challenge every year since it’s inception. I can’t decide if I love to hate it or hate to love it, but either way I look forward to heading to Disney World every January to run the races, see friends, meet new people, enjoy the parks, and start my new year off right. I miss it so much this year. 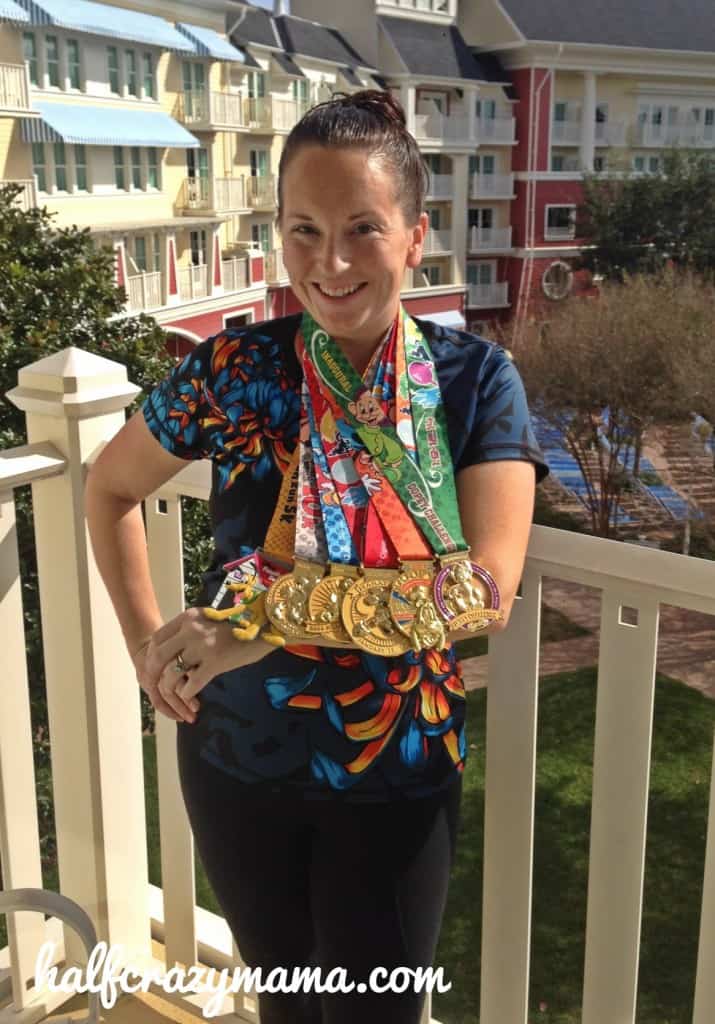 When the Disney World Half Marathon was canceled in 2017

In 2017, a lightening storm worked it’s way through the area and for the safety of the runners they canceled the race that day. If you want to read more about it here is the post I wrote that year detailing how the day unfolded. What was really amazing though was how after the lightening cleared, runners turned out to their resorts and ran laps totally up 13.1 miles. I went out and ran and it was amazing to see others set up make shift water stations for us and cheer us on.

What was your favorite runDisney costume?

So I get asked this a lot and I couldn’t possibly choose. Here is a look back at some of my favorites. 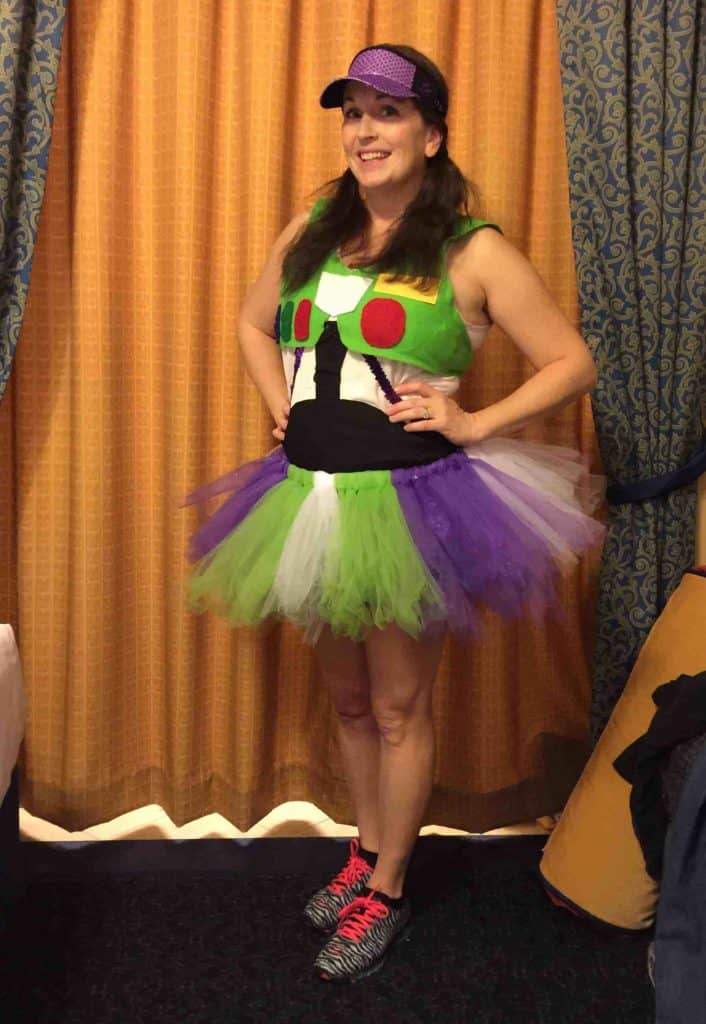 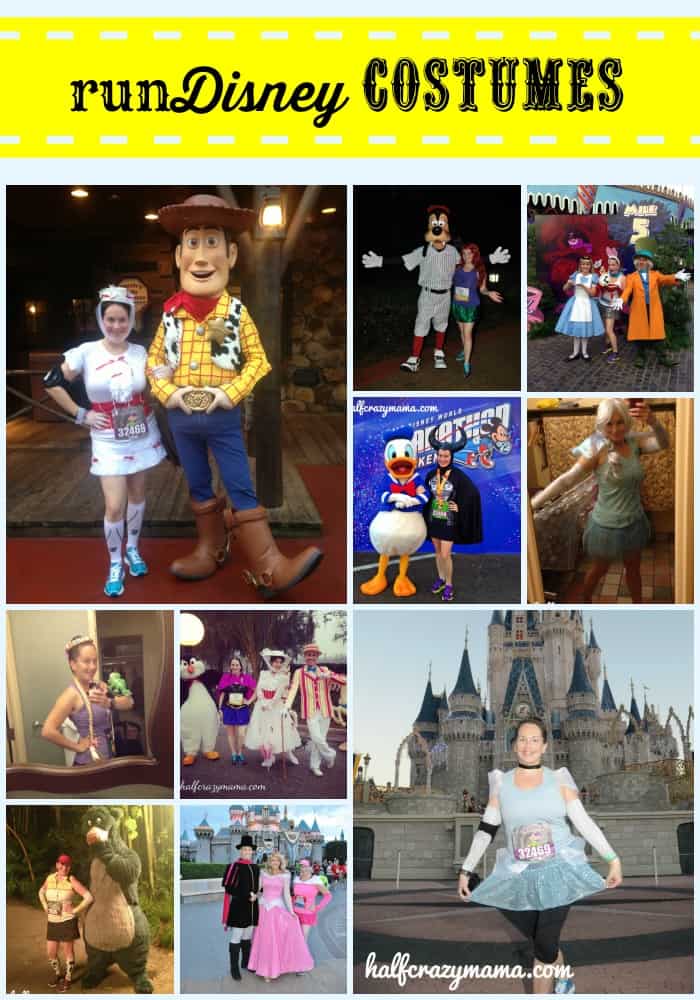 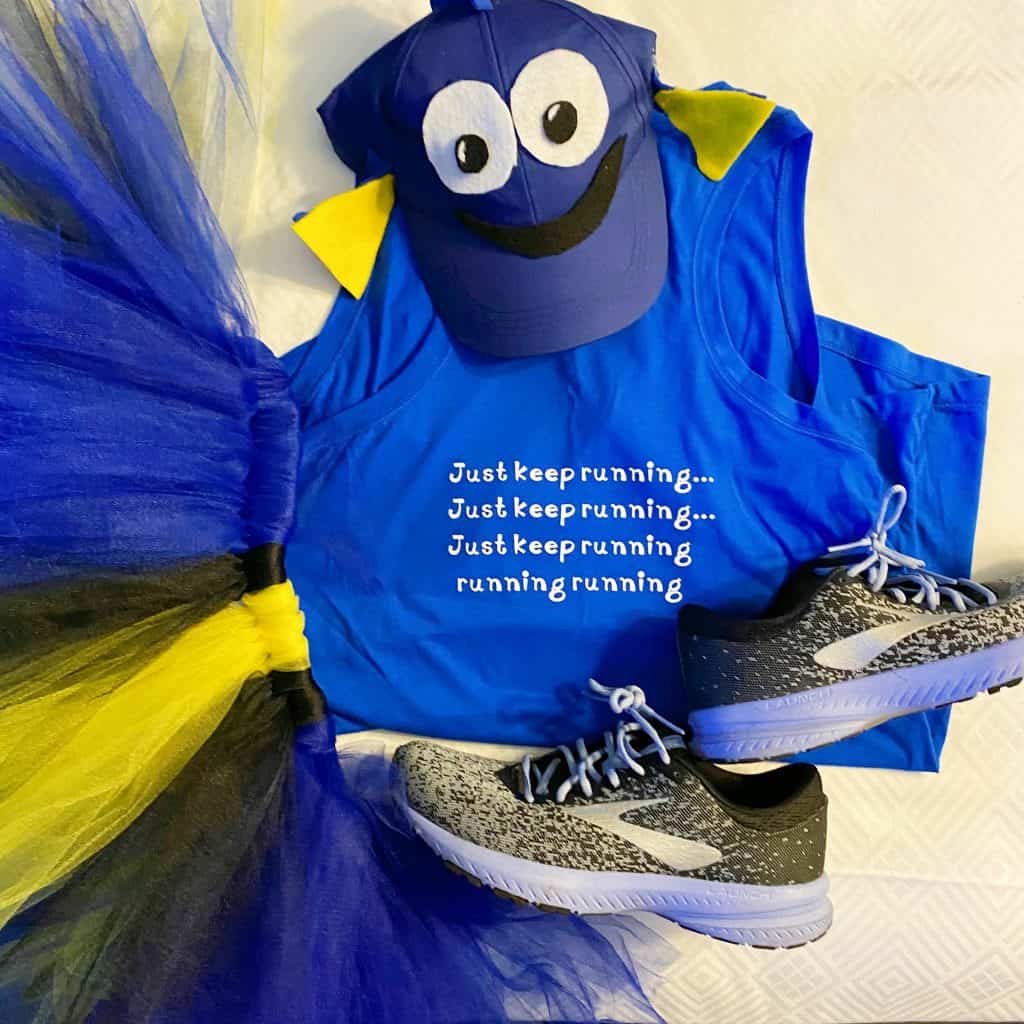 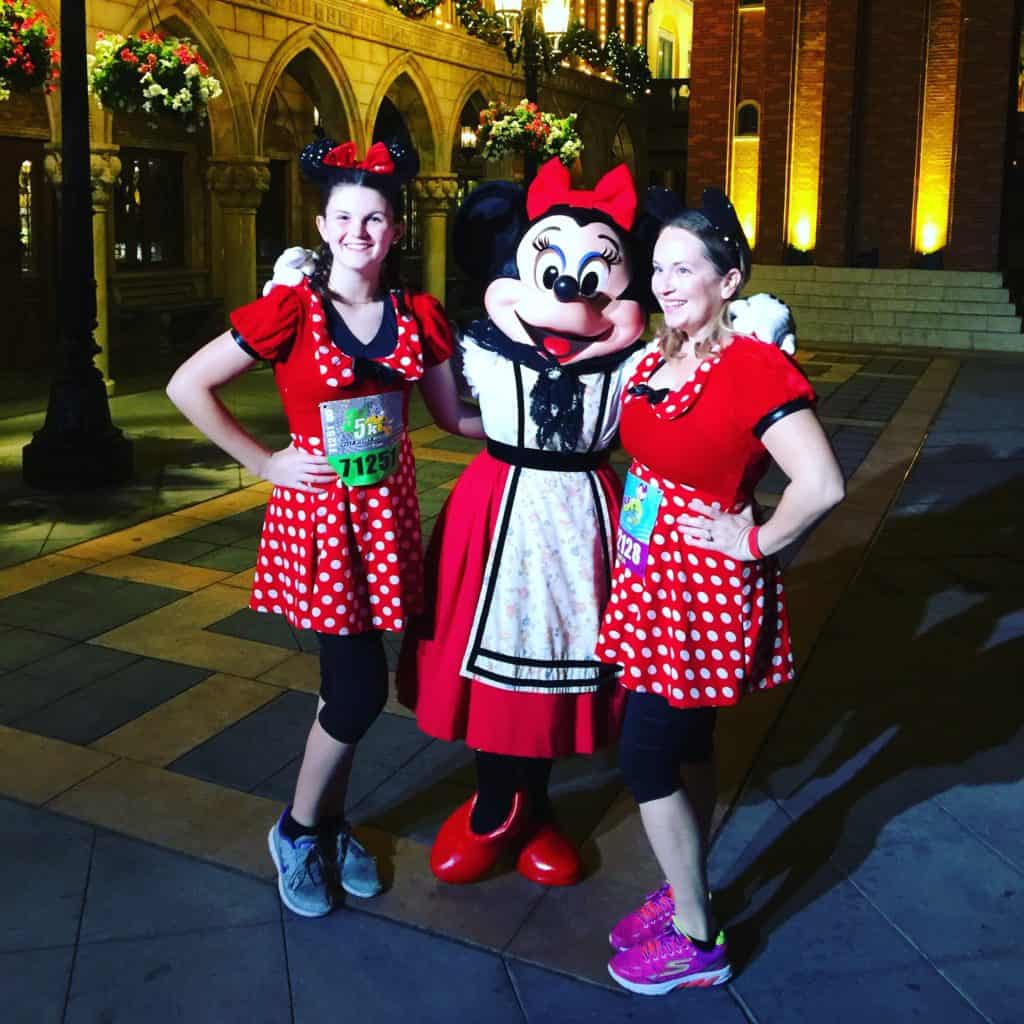 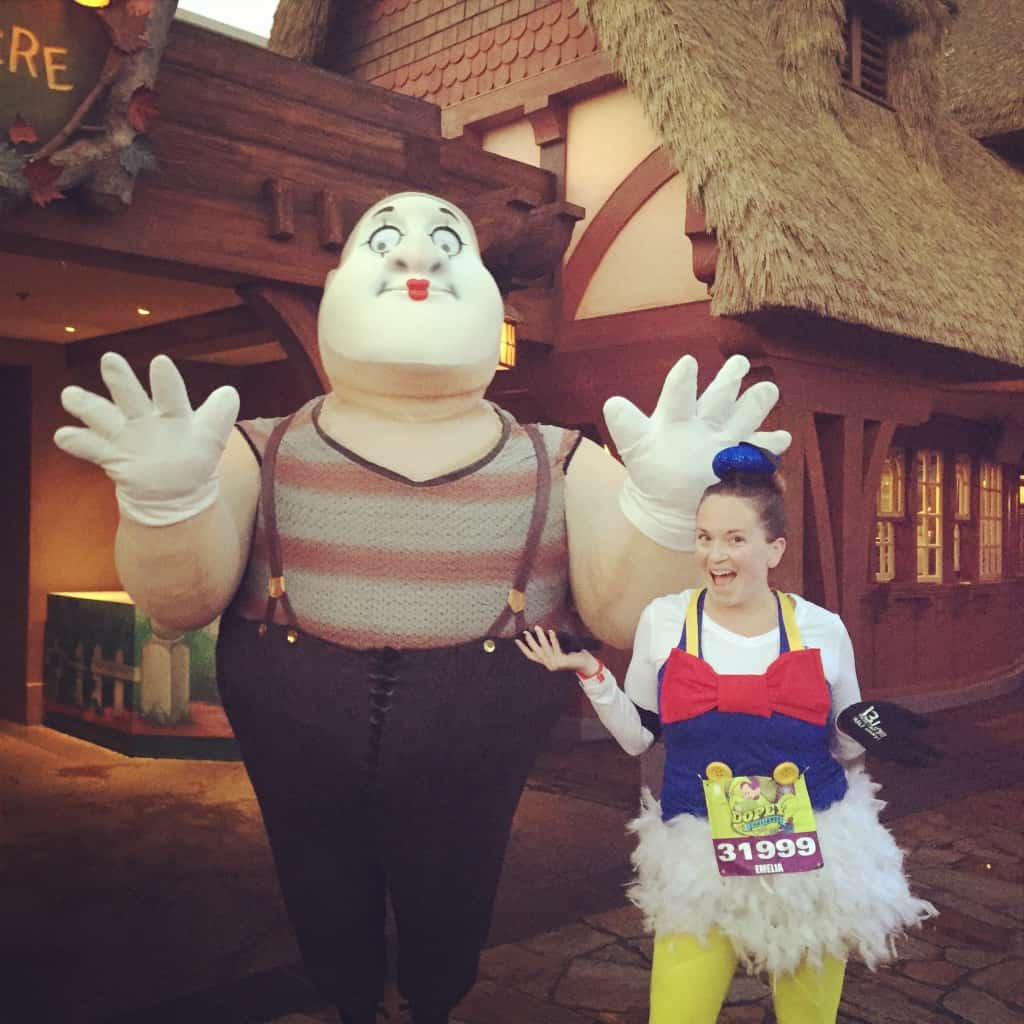 The runDisney meetups in the past

runDisney use to have “meetups” during race weekends. The invitations to these race weekends was coveted. They would often have a signup on the Disney Parks Blog, but only a handful would be picked. In 2013, runDisney put on one of the biggest meetup events they have ever had. It was the 20th anniversary of the marathon. Jim Carey, Joey Fatone, Des Linden, Bart Yasso, Jeff Galloway, Bill Rodgers, Joan Benoit Samuelson, Dick Beardsley, and many more were in attendance and it was a fun meetup. Here is my post all about that meetup if you want to check it out. These meetups died off unfortunately, but they were fun while they lasted. 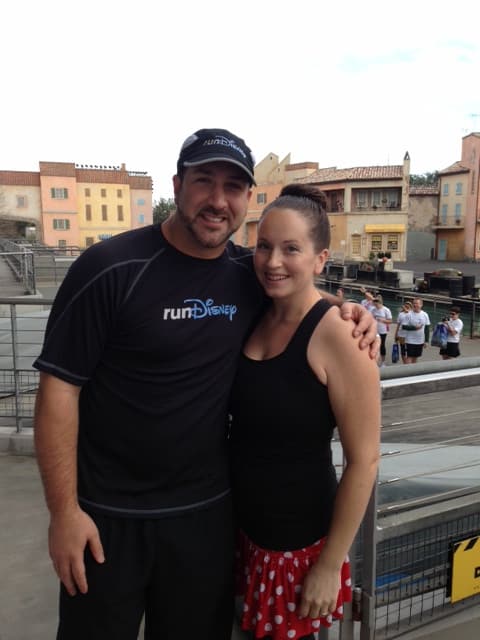 The thing about Florida in January is you never really know what the weather is going to be. We had some a races that were freezing cold in the 20s, but we also had some races that were dangerous hot, last year’s full marathon was one of those races. The 2020 full marathon was dangerous hot. Race officials actually even ended up shortening the course part way through, most runners weren’t affected though. Here is a post about the race last year if you want to learn more.

Here is a video I put together of highlights from last years Dopey Challenge.

Here are some of my other posts about marathon weekend throughout the years. 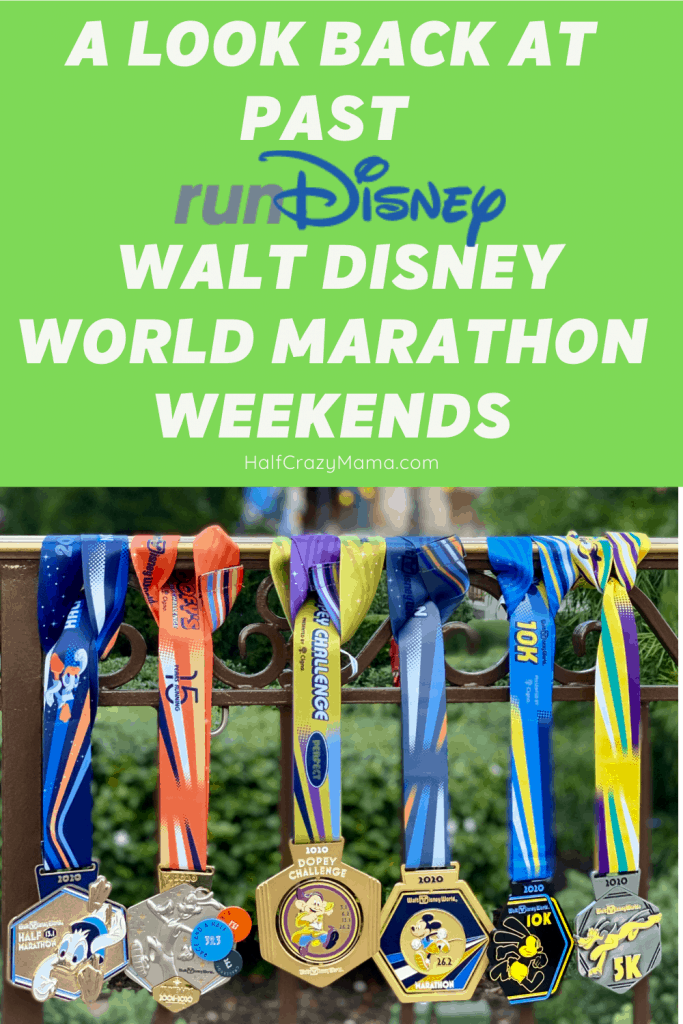