9 Reasons Why Running A Marathon Is A Lot Like Childbirth 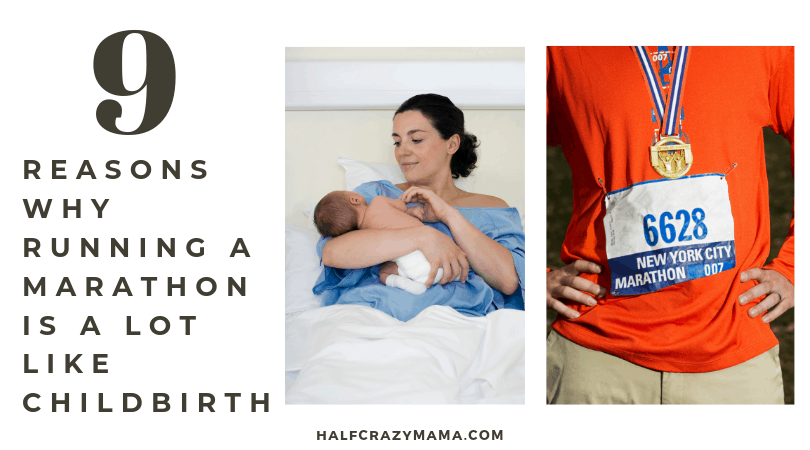 Running a marathon is a lot like childbirth. Here is why…

1.  You spend months mentally and physically preparing for both…but it is still painfully hard when it actually happens.

2.  The beginning of the race…and childbirth, is pretty exciting, your adrenaline is pumping, and you feel invincible.

3.  Somewhere a little past the halfway point you are starting to feel mortal again.

4.  Three quarters of the way through, both childbirth and a marathon, you swear you will never do this ever again…ever…never ever.

5.  Around mile 21, or 9cm, you starting having a conversation with God.  You plead for him to grant you the strength to get through this and not die.

6.  You actually finish.  You make it through alive and you are given a beautiful new medal (baby) and you are amazed with what you can accomplish in life. 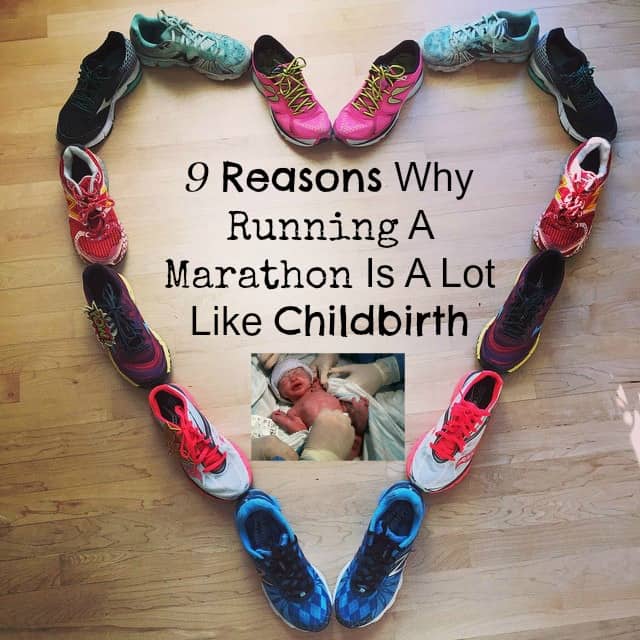 7.  2 weeks later you are still telling people about the chafing, bleeding, and pain…this applies for both the marathon running and the childbirth.

8.  6 months later though an amazing thing happens, the pain becomes a distant memory and the happy moments become the memories that stand out.

9.  Next thing you now you are signing up for your next marathon…or pregnant again.

Good luck to all my fellow marathon runners…and mothers 🙂

Pin this for later! 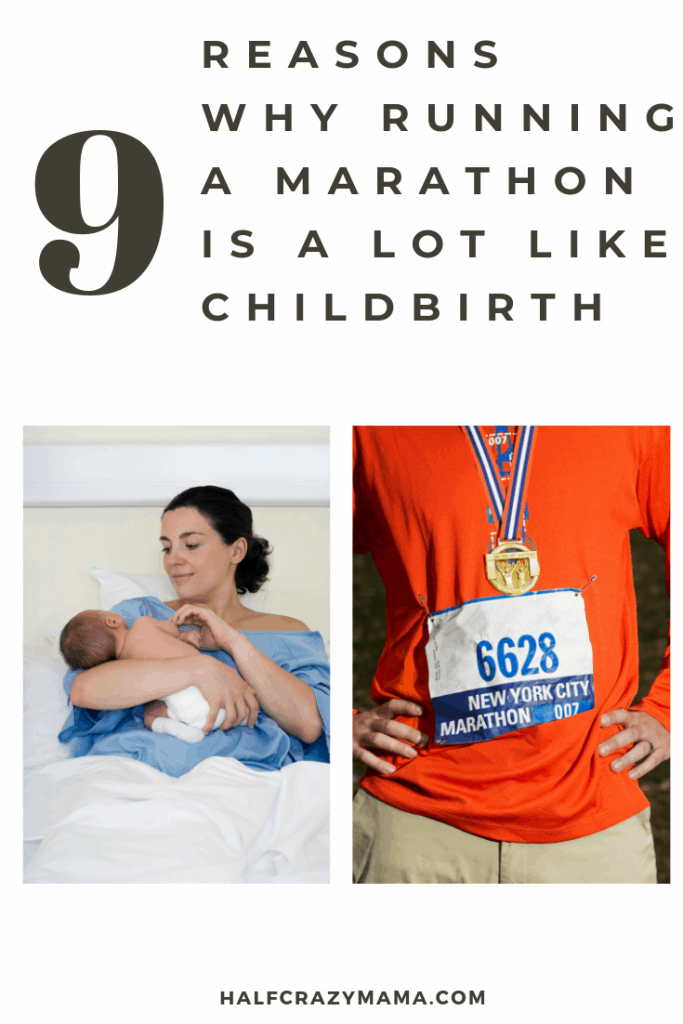