8 Signs of Dehydration to Watch For 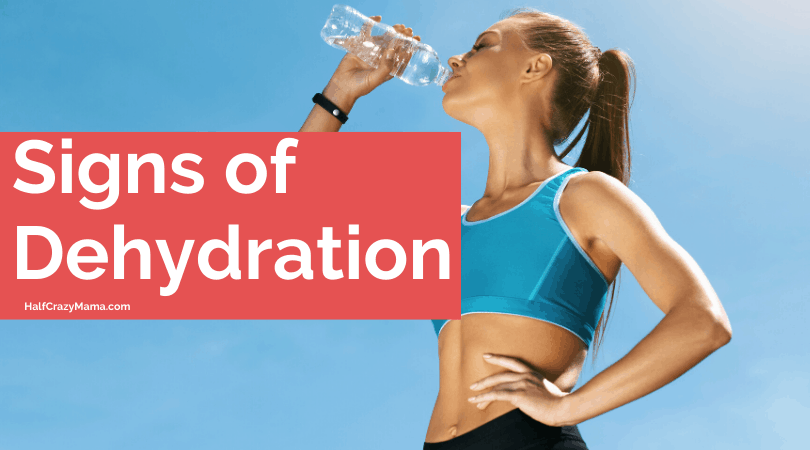 How much water should you be drinking when running long distances? Are you hydrating enough? Dehydration is no joke. While mild dehydration can be managed at home, severe dehydration is a medical emergency. It’s easy to get dehydrated during the summer, running long distances, or when we’re sweating more or too busy to drink water – and most people don’t drink enough to begin with. Even if you don’t feel thirsty, your body can still be begging you for a sip. If you are running a race, a good rule of thumb is not to pass a water stop without taking a sip. That is why I put together 8 signs of dehydration you need to watch for.

If you’re drinking fluids other than water, you could still become dehydrated. While sports drinks are made specifically for outdoor activity, other beverages can actually dehydrate you more. If you’re spending time outside or exercising, it’s best to avoid caffeine, teas, alcohol, and juice.


The signs of dehydration can be rather vague, and you may not even notice them. Those who do experience symptoms may not realize it’s due to a lack of fluids, which only further delays rehydration. This summer, pay close attention to your body’s warnings that it’s time to drink up. It could save you more than just discomfort – it can even be life-saving!

Our pee says a lot about our hydration levels. After using the restroom, look into the toilet bowl. If your urine is darker than a pale yellow, you’re dehydrated. You probably need a drink if your urine has a foul odor, too. Of course, these two tests can only be done if you need to use the restroom in the first place. If you haven’t had the urge to urinate in a while, you’re probably not taking in enough fluids to do so. In fact, not peeing for over 8 hours is a sign of severe dehydration!

You can get a headache for any reason, including dehydration. These headaches can vary in intensity, but they may feel similar to the headaches you get when you’re hungover. In a study on people who reported water-depravation headaches, the discomfort can increase with physical activity and decrease after 30 minutes to 3 hours of water intake. If you feel like you need to reach for an Advil this summer, take it with a full glass of liquids!

If you’re suddenly feeling tired in the middle of the day, don’t ignore it! Fatigue during the summer is a sign of heat exhaustion, a serious but easily treatable consequence of dehydration. If you or your child are tired as a result of the summer heat, stop any physical activity and drink 1 liter of fluids per hour. Young children, drinkers and smokers, and people who take certain medications are at an increased risk of heat exhaustion, and it’s also more likely to happen in high humidity or after strenuous work.

Saliva prevents bad breath, and when we’re dehydrated, we’re not producing enough saliva. That’s often why people wake up with “morning breath!” While some people swear by certain tests for smelling their own breath, it’s nearly impossible to truly do so. However, if your mouth tastes funny, chances are it’s time for a glass of water. Thankfully, you can still smell your child’s breath, making it much easier to tell if they’re dehydrated. 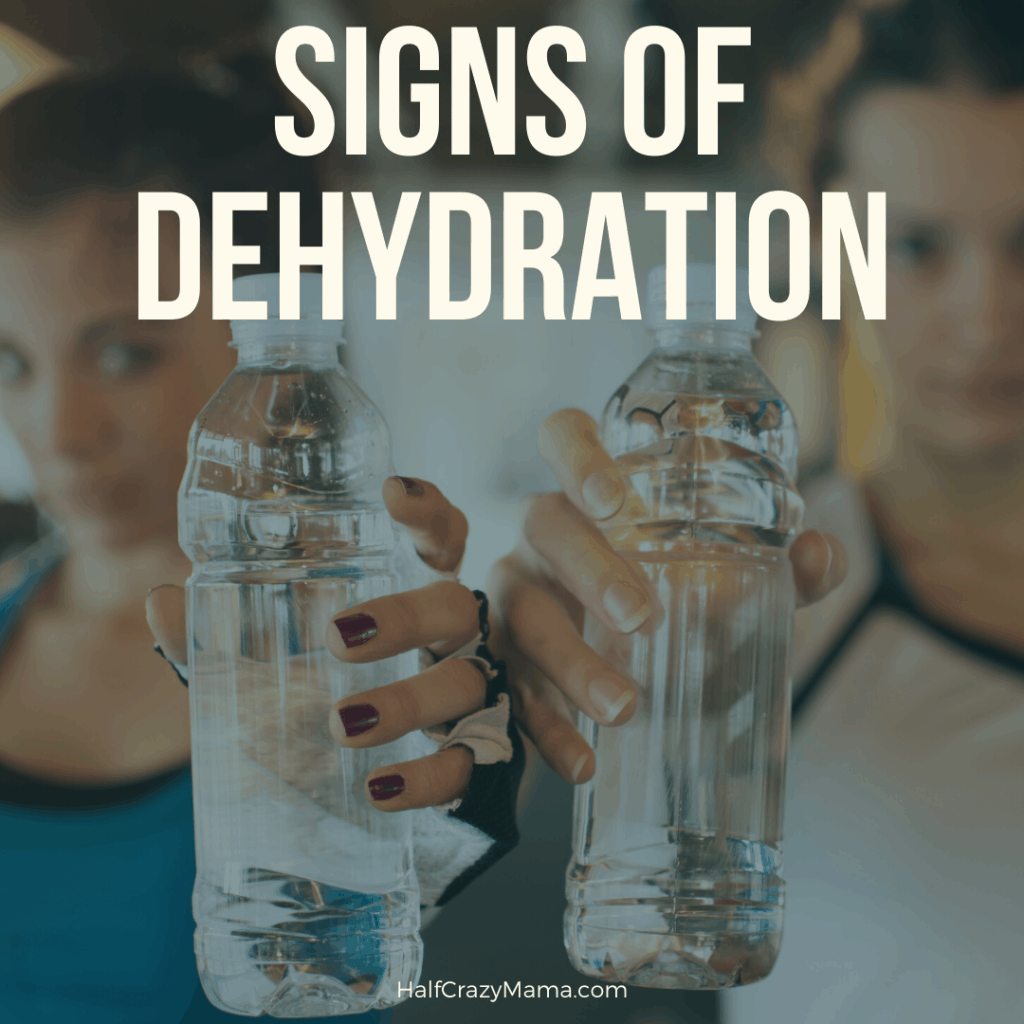 Saliva also keeps our mouths moist, so having a dry mouth typically means that we’re not producing enough of it. While there are several possible reasons why your mouth could be dry, dehydration is a common culprit. Having a dry mouth isn’t just a symptom – it’s also a potential cause of dry lips and tooth decay, so it’s important to stay on top of it!

Not all muscle cramps are caused by dehydration, but they may be a sign that you need more water! This could be a result of nerve endings becoming more sensitive when you’re low on fluids, but doctors don’t know for sure.  If you’re active during the summer, you’re also at an increased risk for muscle cramps (and of course, dehydration). If you plan on playing beach volleyball or going for a run, make sure you’re taking water breaks!

Parks and beaches that have snack bars tend to be more popular than those without, especially among families. If you’re craving some candy from the park’s concession stand, drink some water first. You may just be thirsty! Dehydration makes it harder for your liver to release glycogen, causing you to crave all kinds of snacks (though you’re most likely to crave sugary food). Keep an eye on your snacking habits over the summer – more frequent hunger could be a hint that you’re not drinking enough.

Did you know that there’s a skin test to check for dehydration? Your skin’s elasticity (or turgor) can give clues about our water intake. Grasp a piece of your skin between two fingers (try your lower arm or abdomen). If your skin has enough elasticity, it’ll return to its natural state immediately after you let go of it. Skin that takes longer to return to normal is a sign of dehydration. If you don’t have a connective tissue disorder that affects your skin’s elasticity, this test tends to be accurate.


Dehydration starts as an uncomfortable feeling, but it can quickly become serious if it’s not addressed. While it’s best to rehydrate before you get thirsty in the first place, it’s not too late to drink water after these signs become noticeable. Running activities should be enjoyable, but it’s hard to have fun when you’re not keeping up with your fluid intake! Remember to hydrate often, especially if you are exercising in the summer months. 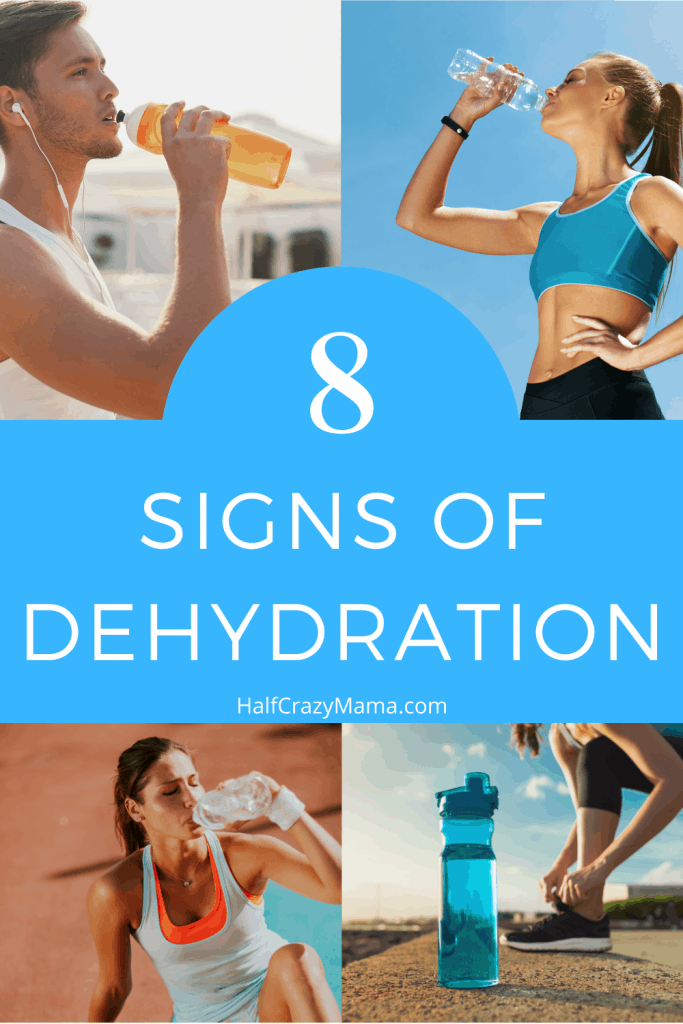