There has been a lot of speculation on the 2015 runDisney New Balance shoes.  Currently New Balance has said they will be selling the 2014 (Sorcerer Mickey, Pink Minnie, Goofy, and Cinderella) at the 2015 WDW Marathon expo and Star Wars Half Expo due to demand from 2014.  Today they shared with us the current new 2015 shoe they will also be selling.  New Balance also tweeted this: 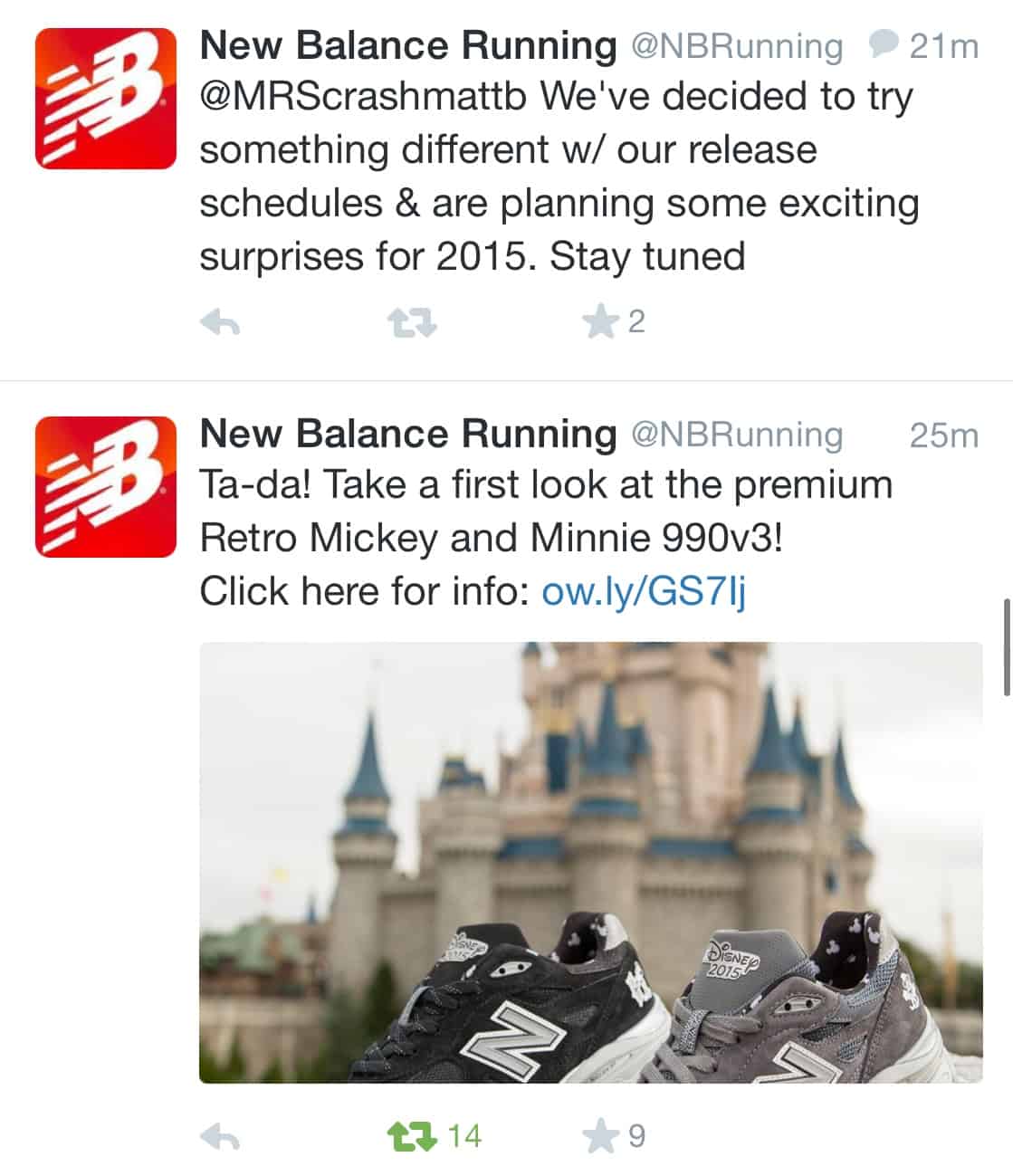 This tweet gives the impression that they will be debuting new shoes periodically throughout the year. 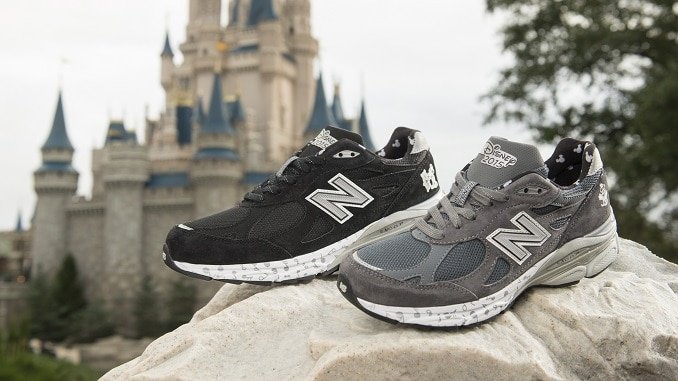 Here is the current 2015 model being released at the WDW Marathon expo.  It is the 990v3.  They call them “Retro Mickey” and “Retro Minnie” and were “inspired by Steamboat Willie”.  If you want the shoes and are a runner you can sign up for the “virtual queue” starting Wednesday, January 7.  If you are not a runner you can sign up starting Thursday.  The virtual queue works kind of like a fastpass.  It will give you a certain time to get to the booth without having to stand in a ridiculous line.

On the Disney Parks Blog they shared these 360 degree view videos:

I have seen lots of chatter on social media with strong opinions about these.  What do you think?  Love them? Underwhelmed? Excited? Will you be buying them?