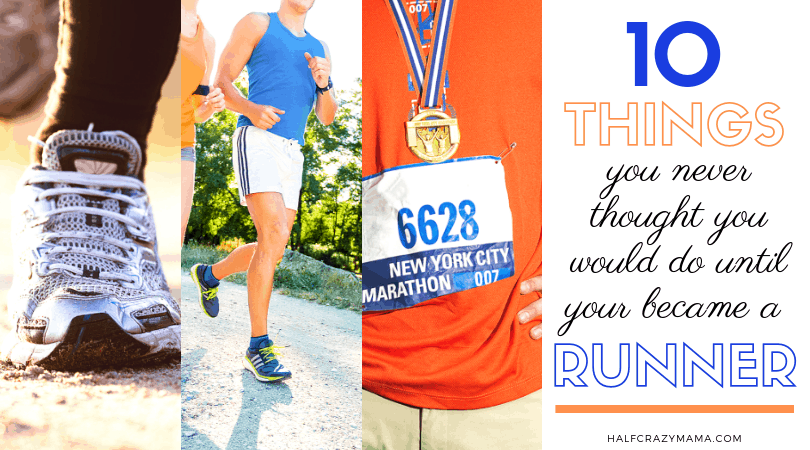 To be completely honest, before I was a runner I thought a lot of things runners did was crazy. Here I am now, with a blog titled “Half Crazy Mama” for that very reason. I’m sure some of us loved running all along, but a lot people I talked to seem to have started running and fell in love with it after they had kids (me included). Here are 10 things you never thought you would do until you became a runner.

Runners are an awesome community of people from all walks of life. I hope to see you out at a race in the near future!

10 Things NOT To Do At Your First Marathon

What To Do With Your Old Race Bibs 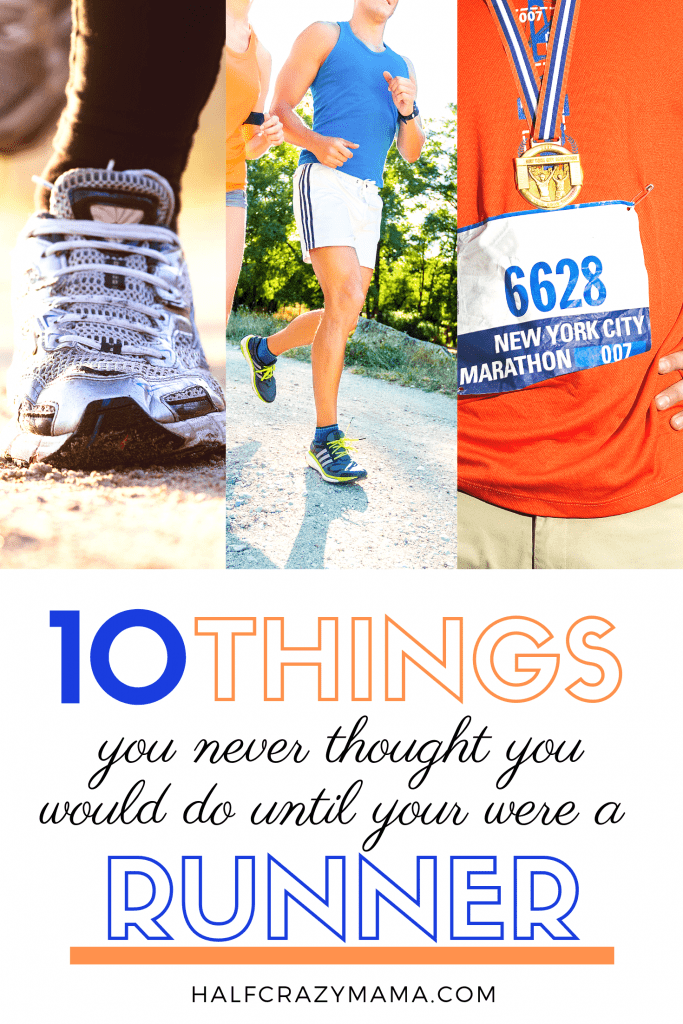