The way runners talk to other runners is far different than the way we talk to our non-running friends.  Let’s be truthful here.  This inspired me to share the 10 things runners say to other runners, but would never say to their “normal” friends.

1.  “I had GI issues. “- I have heard people say this after a race, in Facebook groups and buses back to hotels a billion times.  I however have never heard someone shopping with a friend say they had GI issues.  Unless it is baby poop discussion I don’t think friends normally discuss their explosive poop problems. 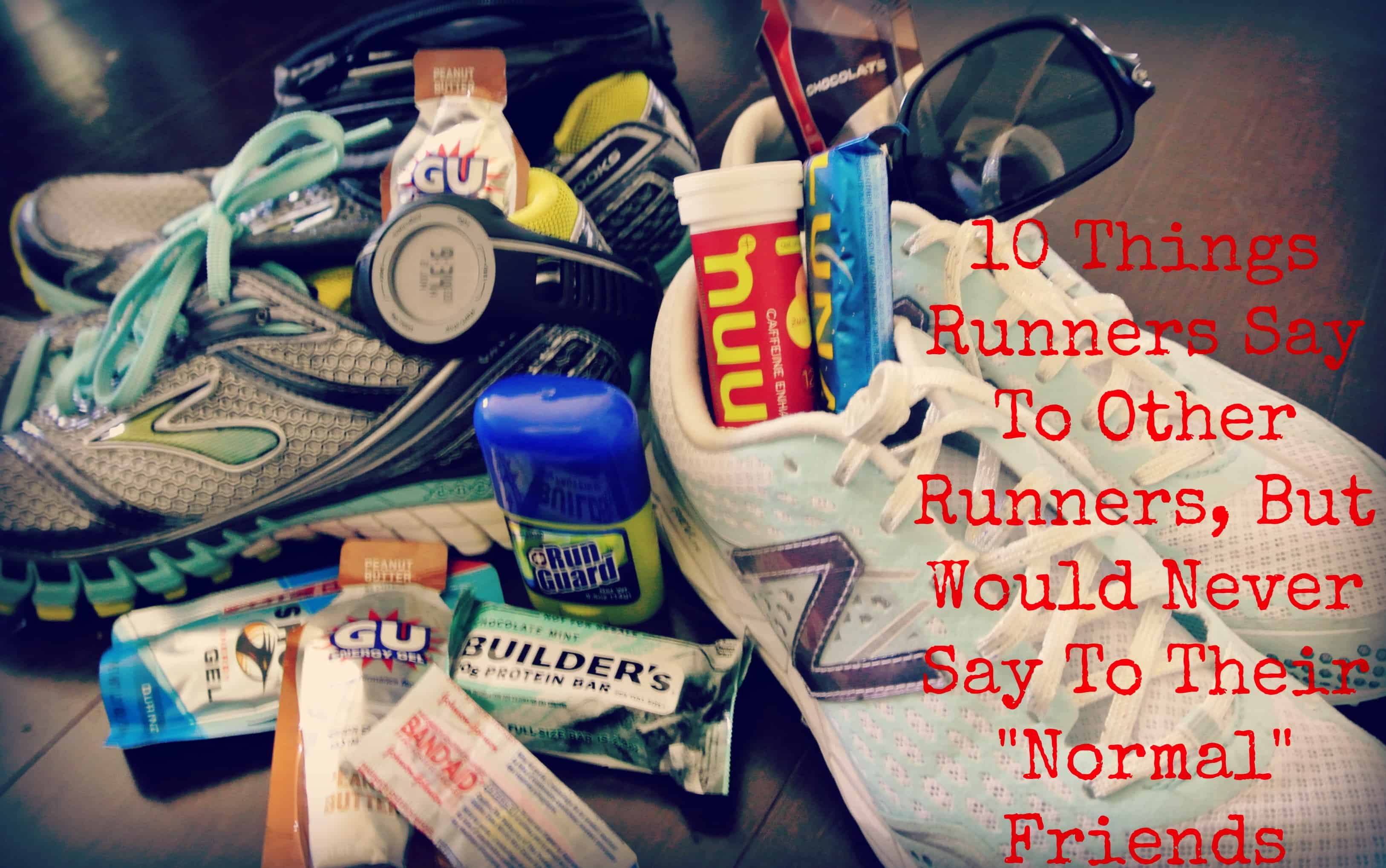 3.  “Do you tape your nipples?”- Ok gentlemen, since we are being honest, at some point in your marathon training you either asked this or googled it.  Whether it be tape or bandaids we all don’t want to be (or see and feel bad for) that guy at mile 24 with a bloody shirt.  I bet that no one had ever asked a “normal” friend if they tape their nipples.  (hopefully) 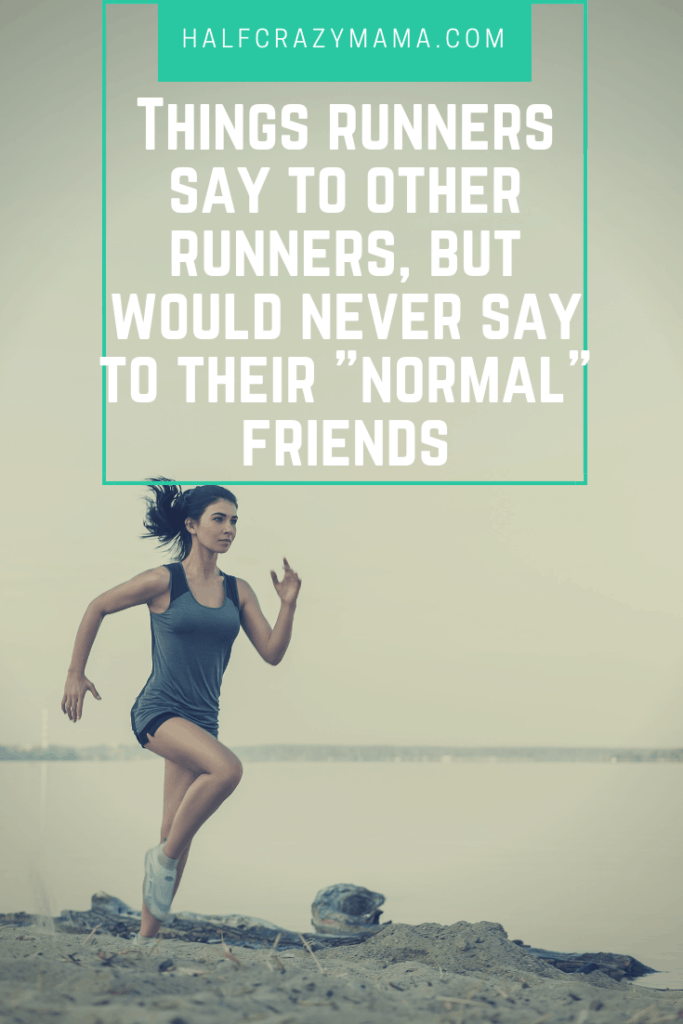 
5.  “What do you wear under your running pants?”-  Normal people would think this is a really gross bar pickup line.  Runners would volunteer what they ACTUALLY wear under their running pants, i.e. brand of undies or commando and this is totally normal for runners.

6.  “Look at the size of this blister on my foot!”- I have seen this along with a picture from runners on Instagram, Twitter and countless Facebook groups.  While still gross it happens a lot and I bet those people are not showing the same picture to their “normal” friends in their DIY groups.

8.  “How are the lines at the port-a-potties?”- Runner to runner this means that you are trying to decide if you have time to pee before the race starts.  Rarely am I ever at a location with an overwhelming amount of port-a-potties (yet all still manage to have long lines) with “normal” friends, so I don’t think this is uttered much outside the running circle of friends. 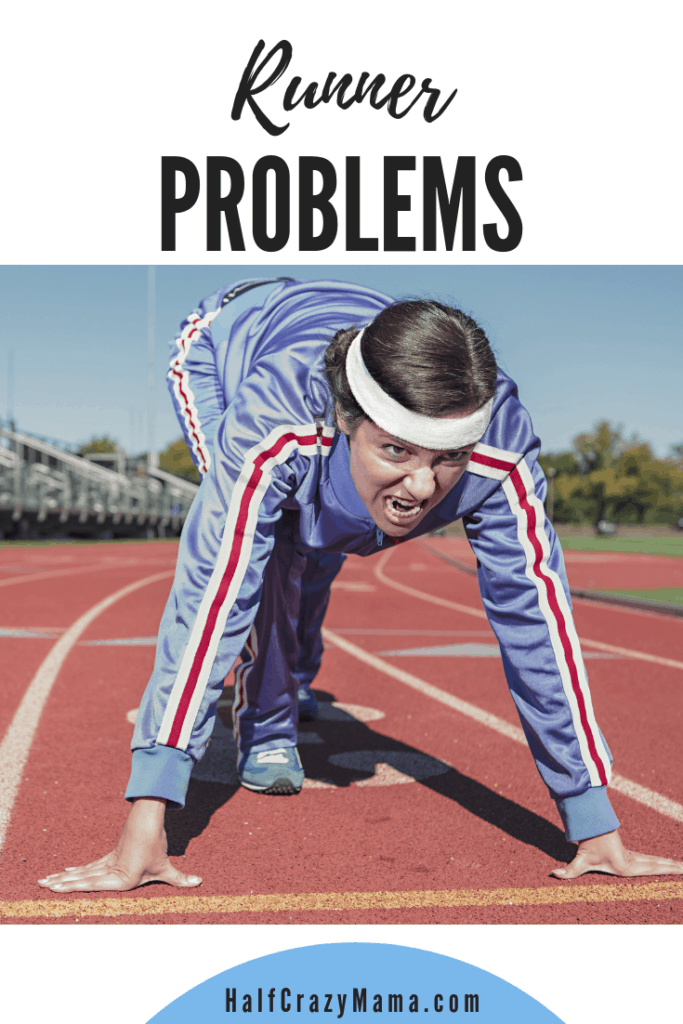 9.  “I’m so chafed.”- Runners understand runners and would recommend their favorite anti-chafing product.  I have even had perfect runner strangers after finishing a race show me their arm or thigh chafing, followed by “but at least I PR’ed” and I congratulated them and this seemed totally ok.  BUT I definitely don’t discuss chafing problems with “normal” friends.


10.  “Can I borrow some vaseline?”- This question isn’t quite the same as borrowing a cup of sugar to a “normal” person.  If you asked a “normal” friend this question they might think of FAR different reasons why you want vaseline than a runner would (who would know you want it to prevent chafing.)

That my friends is why runners are a community in itself.  We come in all shapes and sizes, backgrounds and walks of life.  We accept each other’s bloody shirts and GI issues and will offer help if you are having trouble reaching the finish line.  I’m happy to be a runner. 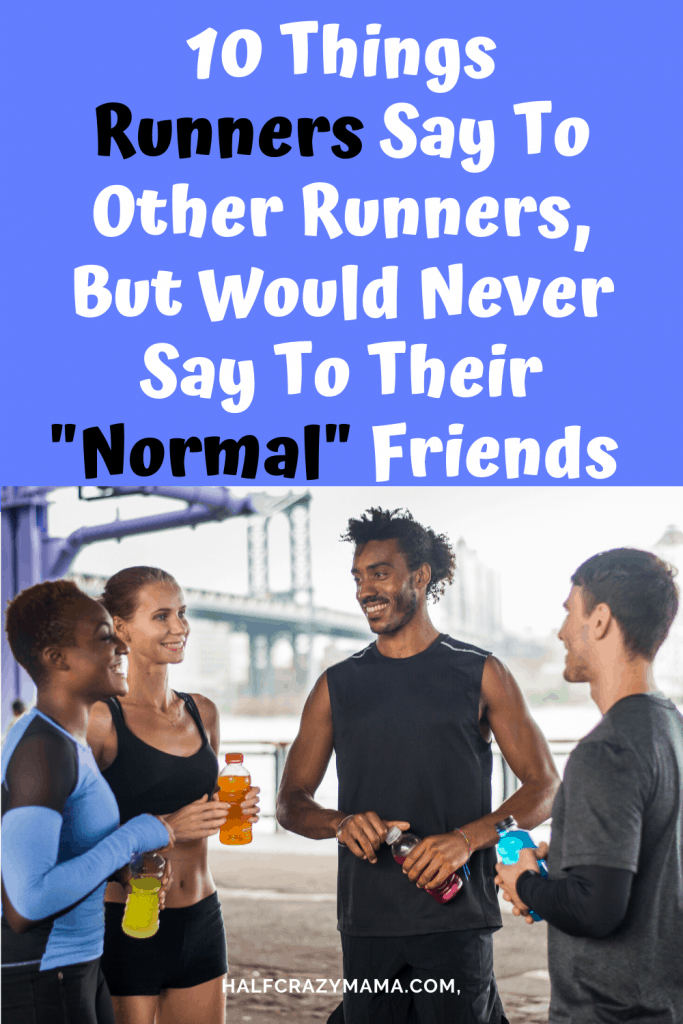