10 Things Not To Do At A runDisney Race 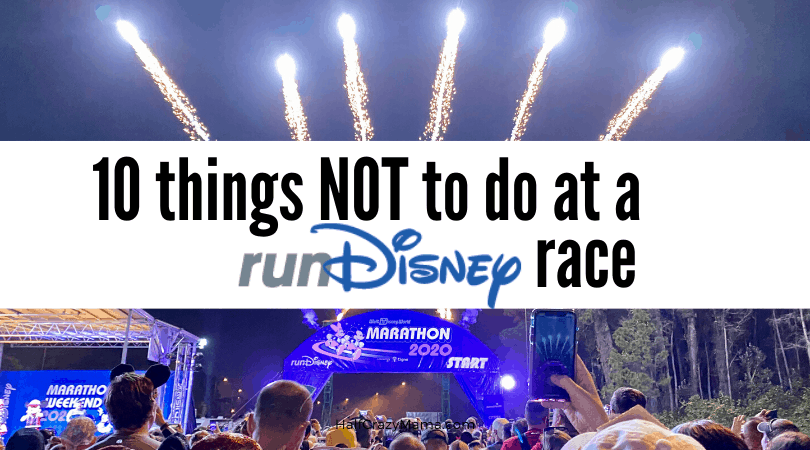 1. Don’t try to beat the churro eating record the night before your race and think it is carb loading.  You will definitely regret that decision and pay a visit to every port-a-potie along the way.

2.  Don’t dress as Shrek.  Come on, it is a DISNEY race, pick a Disney character. 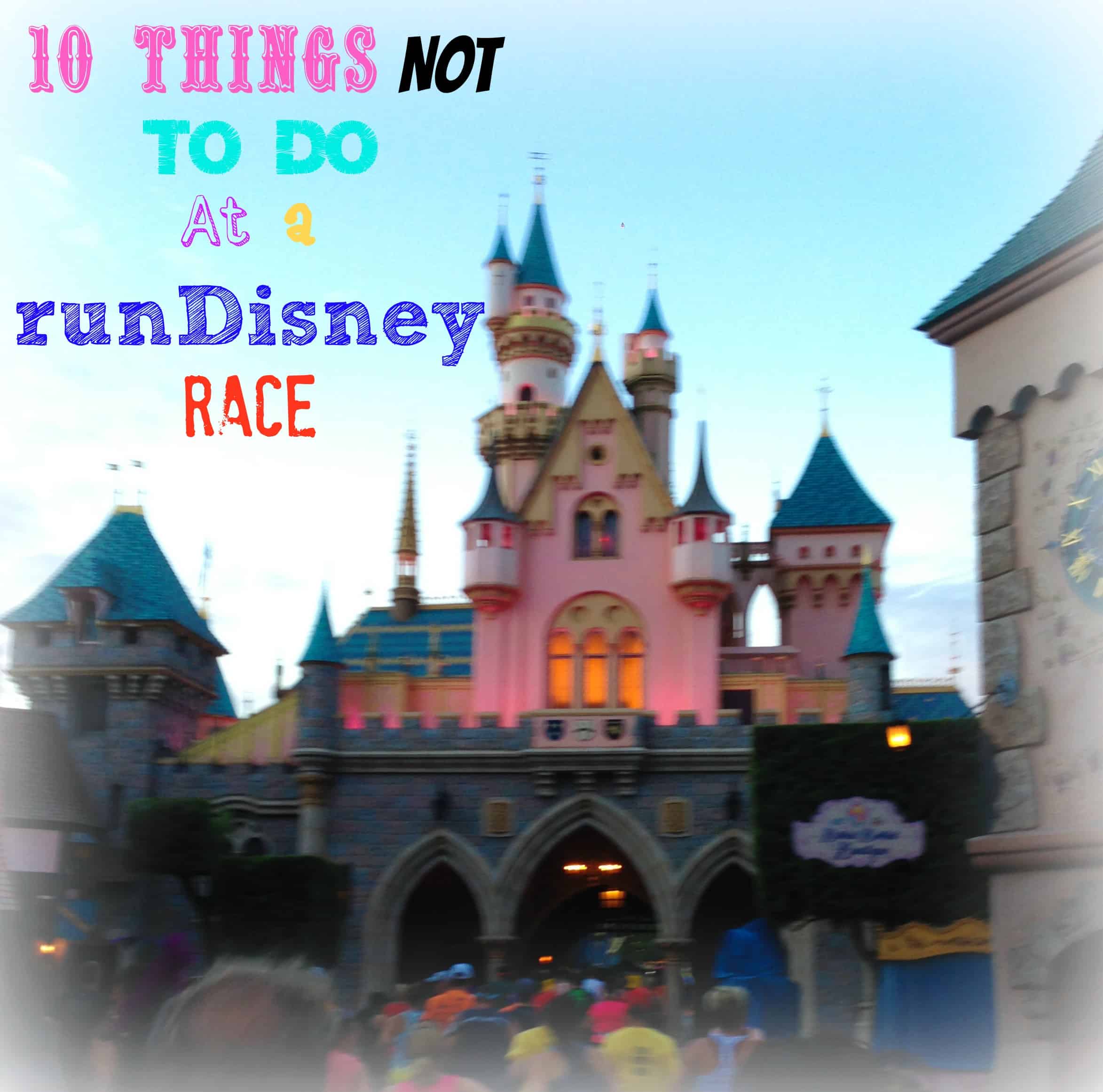 4.  If someone offers you an apple along the course and bears a striking resemblance to the Evil Queen, you probably shouldn’t eat the apple.

5.  Don’t pass up all the character photo opportunities and then complain about the high cost of the race.  You just missed about $65 worth of it.

6.  Don’t pass up the bathrooms in the parks.  They are called the happiest potties on Earth for a reason and I promise they are WAY happier then the port-a-potties along the race course.

7.  Don’t call a princess by the wrong name.  Princesses don’t like that. Belle is yellow. Cinderella is light blue.  Aurora is pink. Rapunzel is purple.  And the list goes on.

8.  The race photographers along the course are really good at getting pictures of you while you are RUNNING.  You don’t need to stop every time you see one and cause a domino effect behind you.  Especially the photog sitting on the castle bridge.  You can run and he will still get a picture of you…even if it looks like this! Lol 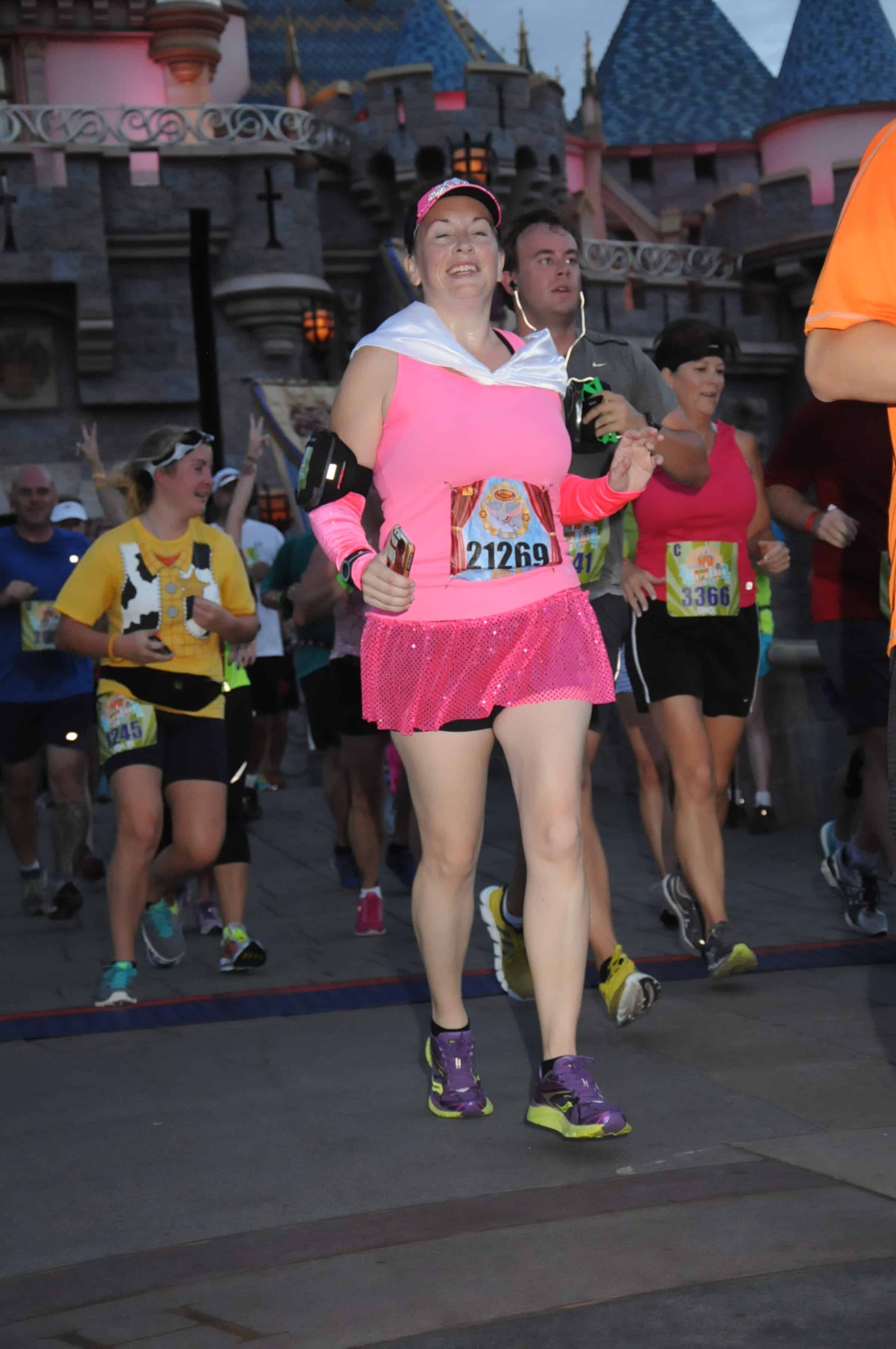 9.  Don’t wear a super elaborate costume that you never tested out while running and expect it not to chafe.  Vaseline or Body Glide all those areas where it could potentially rub and to be extra safe, put Vaseline and Body Glide all over the rest of the areas too.

10.  Don’t forget to enjoy it!  You are out there for a reason. Sometimes things start to hurt, sun starts to feel hot, the race spectator that says you are almost there at mile 7 seems kind of annoying, but think about how you will feel when it is done.  It is all part of the journey.  You paid for this.  You trained for this.  These are your memories you are making, so enjoy them 🙂 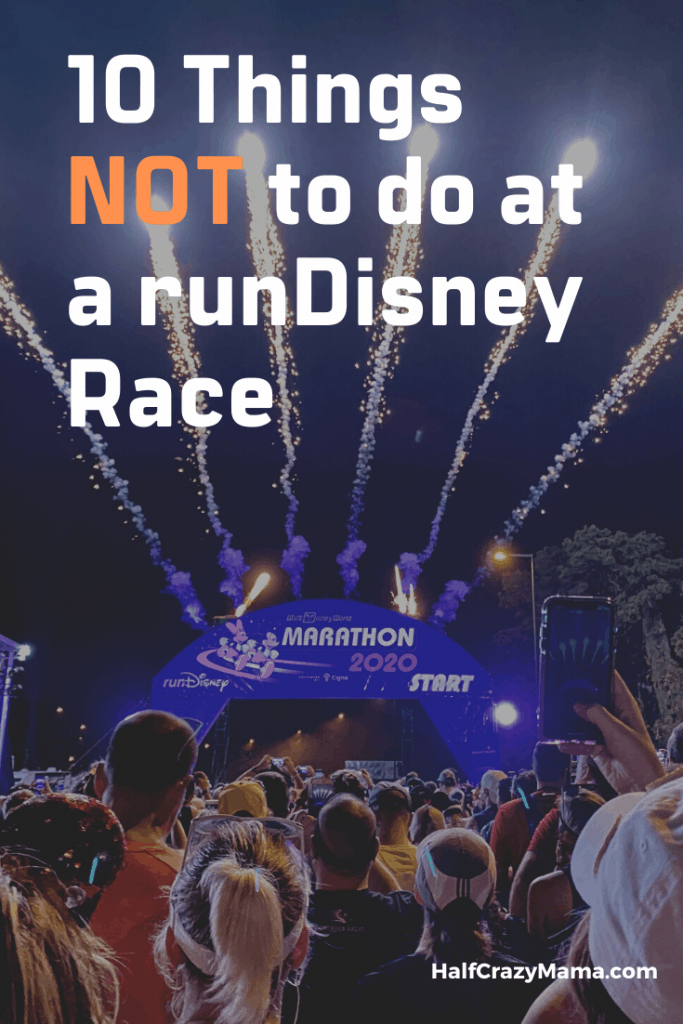